Welcome to issue 10 of Here Magazine—we’re celebrating this milestone with cover star Daniela Soto-Innes, named the World’s Best Female Chef earlier this year. Follow along here for more stories from the magazine over the next few weeks, or get your hands on a copy of your very own.

Raise your hand if you travel to eat.

There’s nothing that amps me up for a trip as much as mapping out my meals. From the Michelin-starred Casa de Chá da Boa Nova outside Porto, Portugal, to wine-forward bistro Petit Tracteur in Australia’s Mornington Peninsula, or a muffaletta to-go consumed on the banks of the Mississippi River in New Orleans, there’s no doubt in my mind that the food makes the trip.

But the thing about restaurants is that they serve both the out-of-towner and the resident. When the tourists go home, the newest hot spot must also appeal to the neighbors that live there year-round. This is never more true than in regions that could really benefit from an influx of tourism dollars.

“Restaurants and hotels don’t need to be a journey’s end point.”

Restaurants and hotels don’t need to be a journey’s end point—in fact, our favorites are the connective tissue between traveler and destination. After all, it’s the culture of a place, and thereby its people, that bring the tourists to begin with.

In this issue, we explore the idea of food as a change agent all over the world. In Melbourne, we meet and interview the activists giving refugees and asylum seekers a seat at the table via food-focused nonprofits. In Oakland, we highlight the chefs who are bringing the California city into the foodie spotlight, without leaving local people in the dark.

Our cover star, Daniela Soto-Innes, is the Mexican-born head chef at Cosme and Atla in New York City. For her, it’s just as much about her employees and their happiness as it is about the food she serves in the dining room.

“Just as we need nutrients to survive, we need community to thrive.”

She may be the youngest person ever to receive the World’s Best Female Chef award, and she may work in two of New York’s most celebrated restaurants, but we think the kitchen she’s built around acceptance and inclusivity will be the model for successful restaurants for decades to come.

Just as we need nutrients to survive, we need community to thrive. A meal can provide both. When you think about it that way, it’s not just the secret to a great trip. It’s the key to a better world. 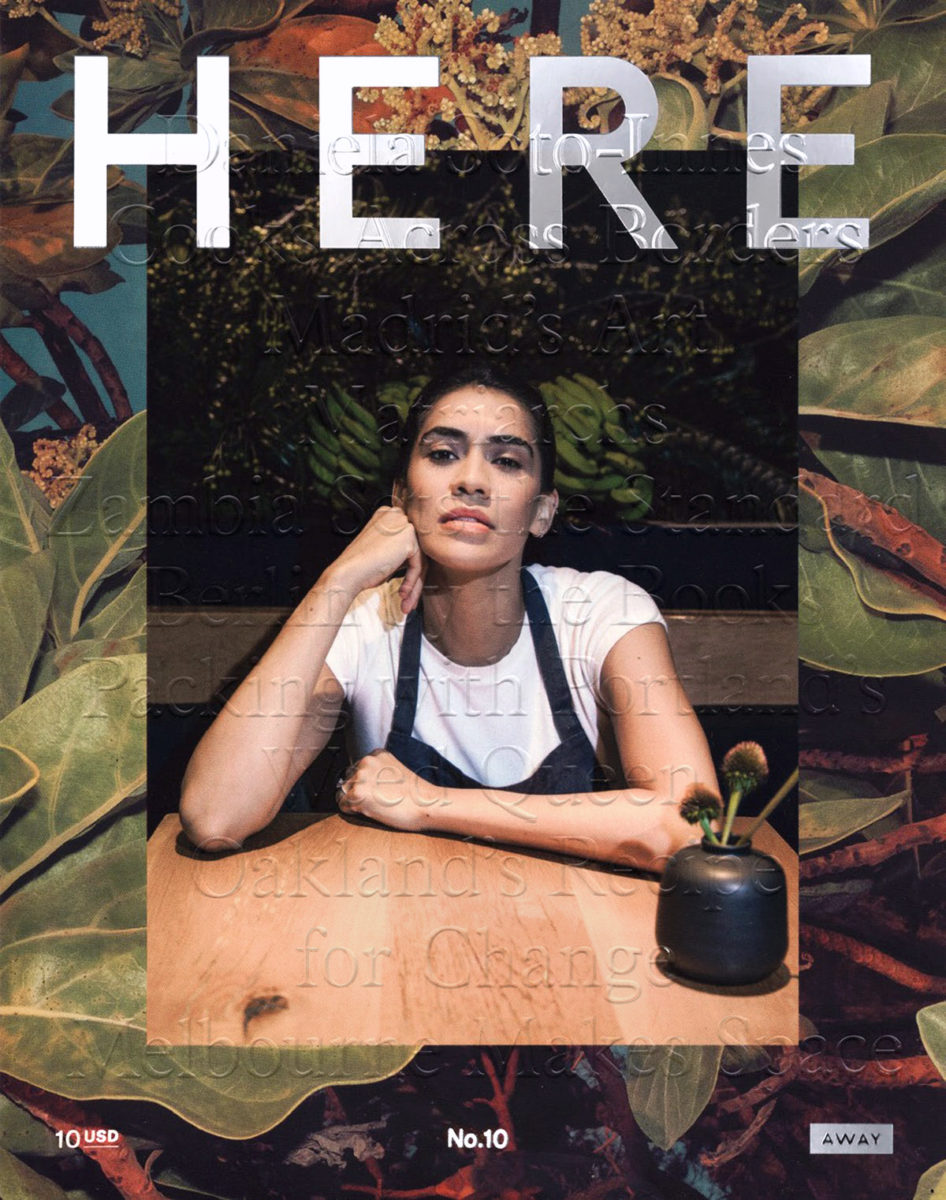 We'll be publishing more issue 10 stories over the coming weeks. See below for what’s online now, or get a copy of your very own. 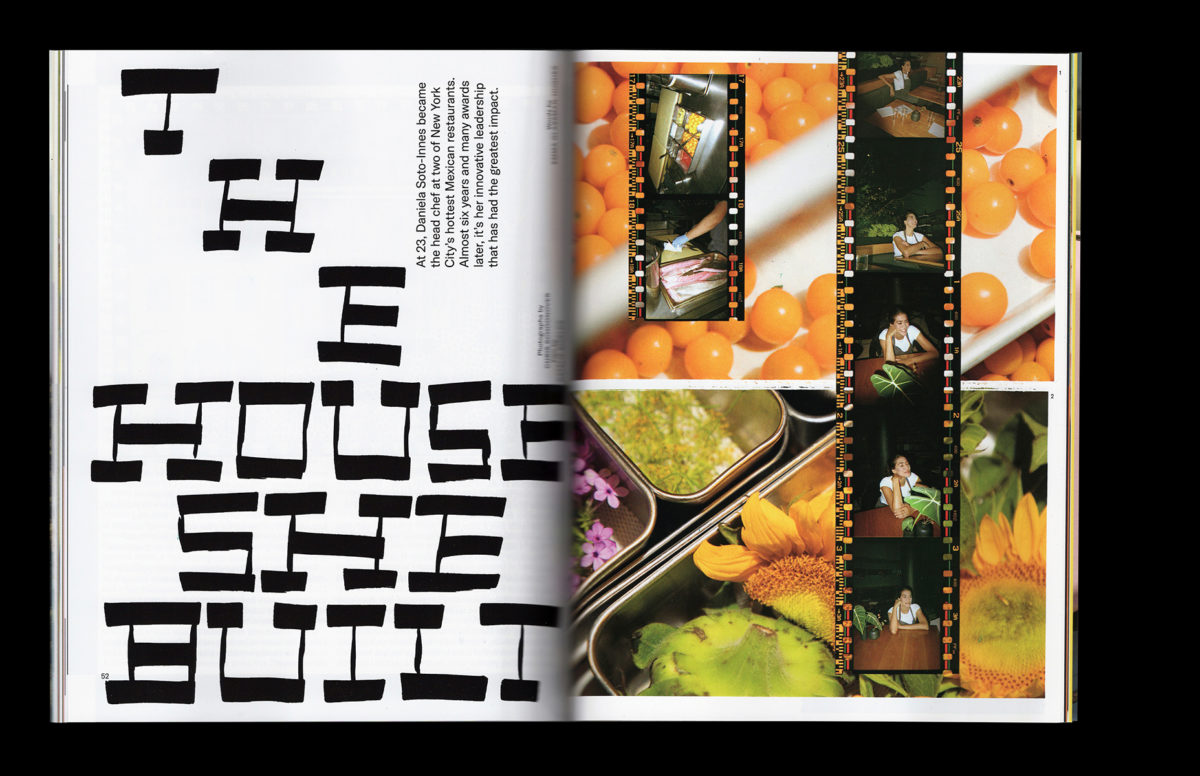 Why Daniela Soto-Innes is the world's best chef (and boss). Read more. 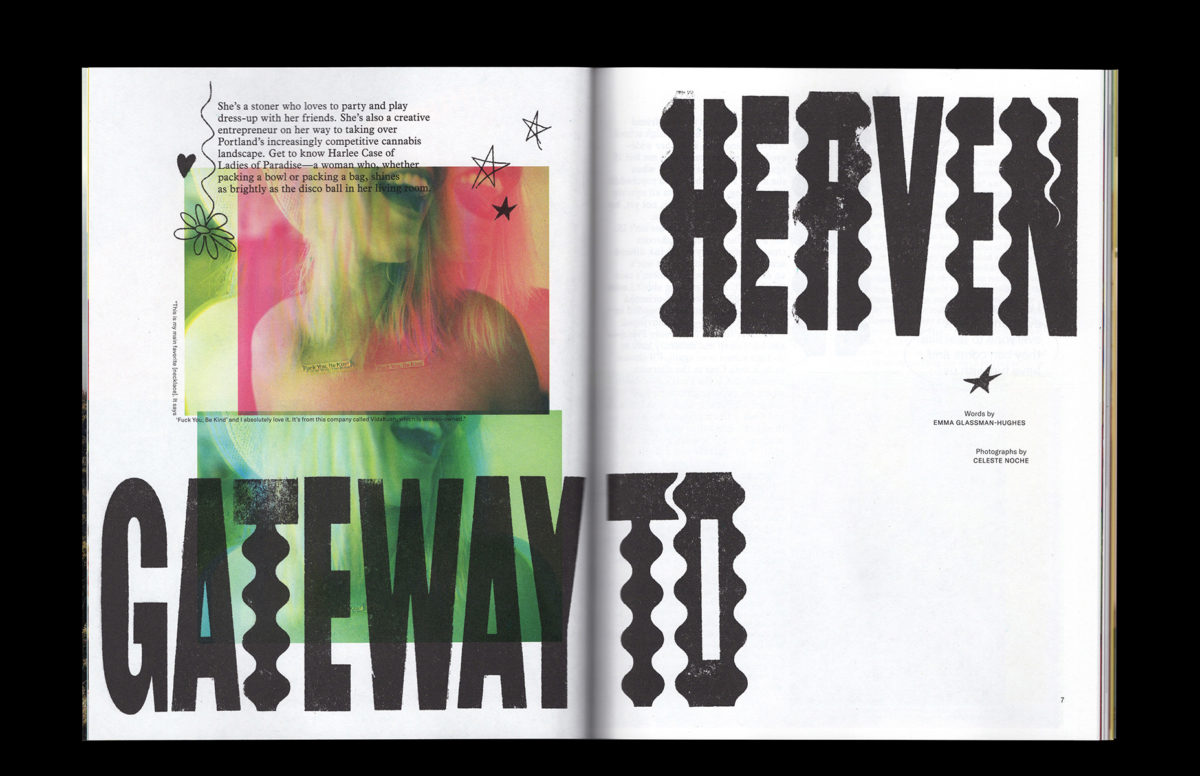 Harlee Case runs a creative agency for cannabis marketing in Portland, Oregon—here's how she packs the green heat. Read more. 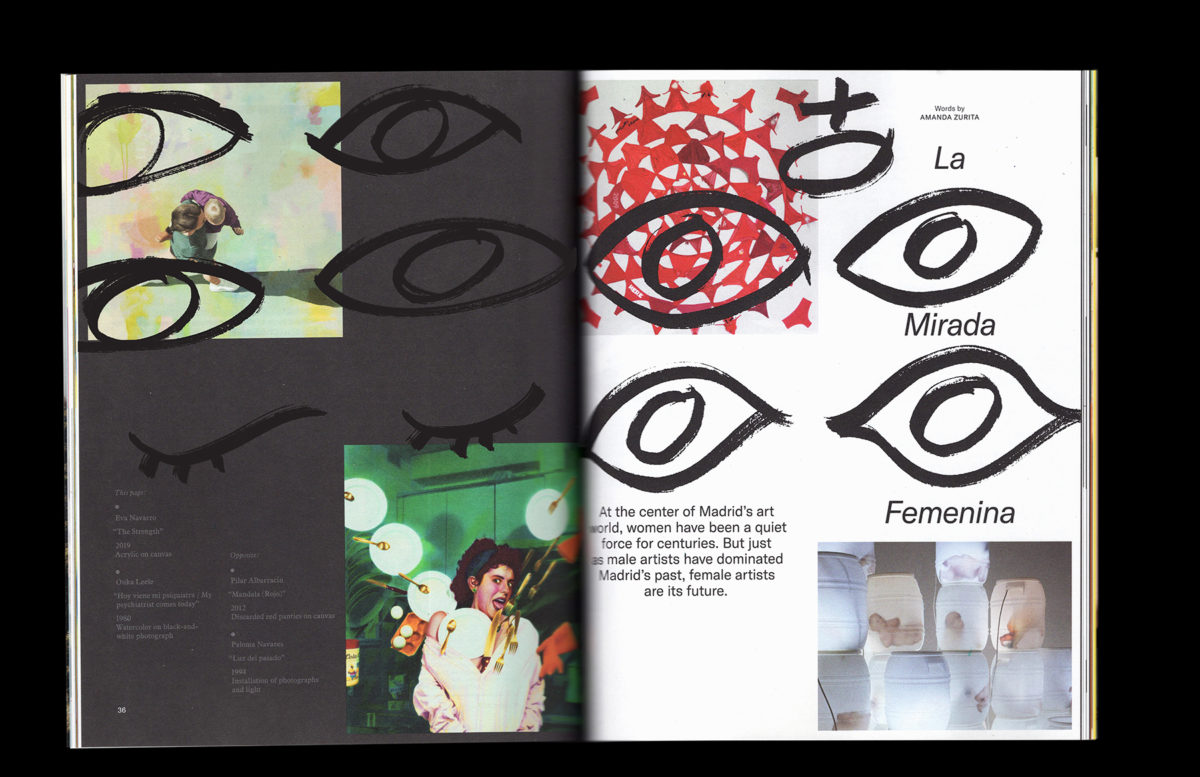 You knew Spain was home to Dali, Picasso, and Velázquez. But what about Blanchard, Varo, and Albarracín? In Madrid, women artists are (finally) getting their due. Read more. 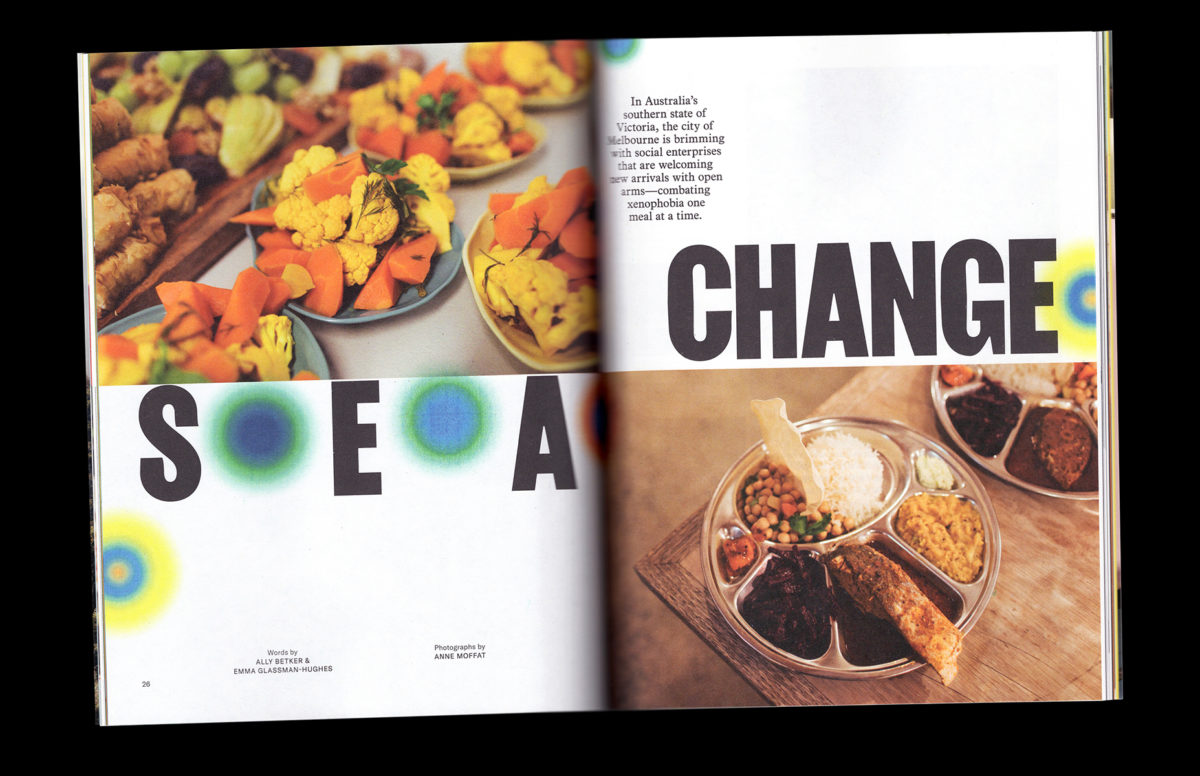 In a country known for its particularly harsh immigration laws, these food-centric social enterprises welcome refugees to Melbourne with a seat at the dinner table. Read more. 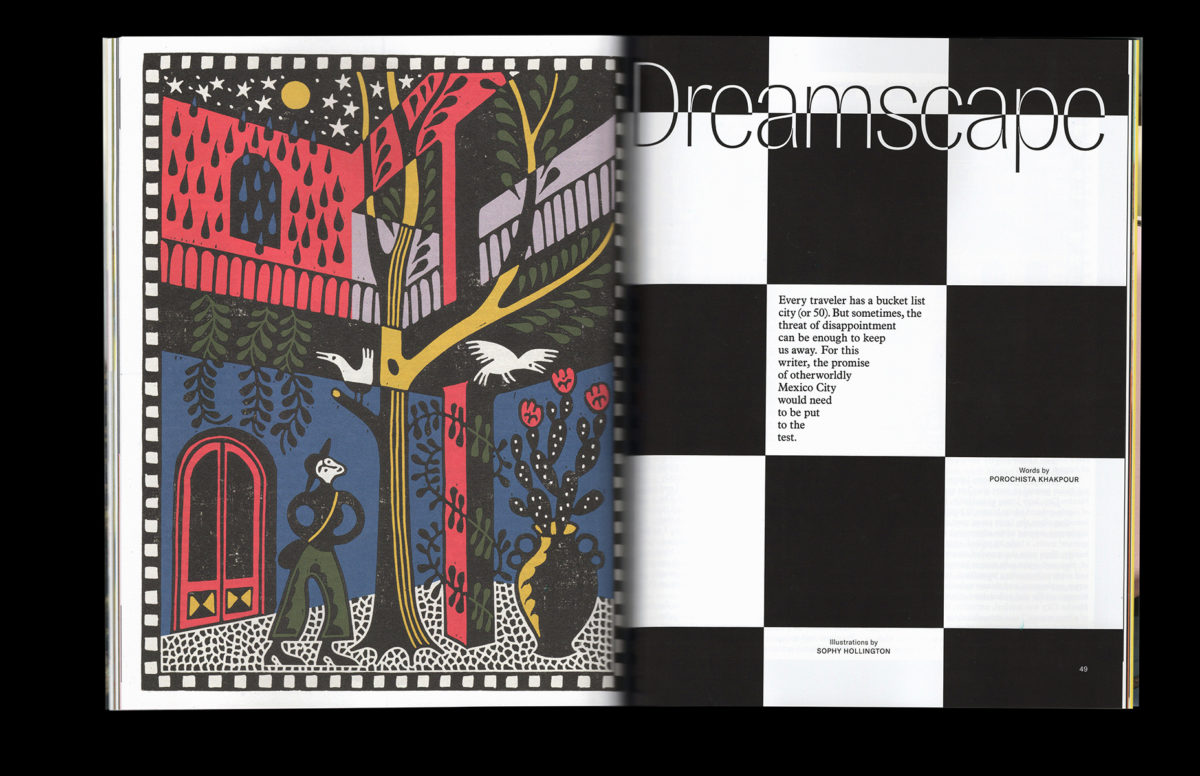 Author and traveler Porochista Khakpour journeys to Mexico City to discover whether the expectations she set for her dream destination align with reality. Read more. 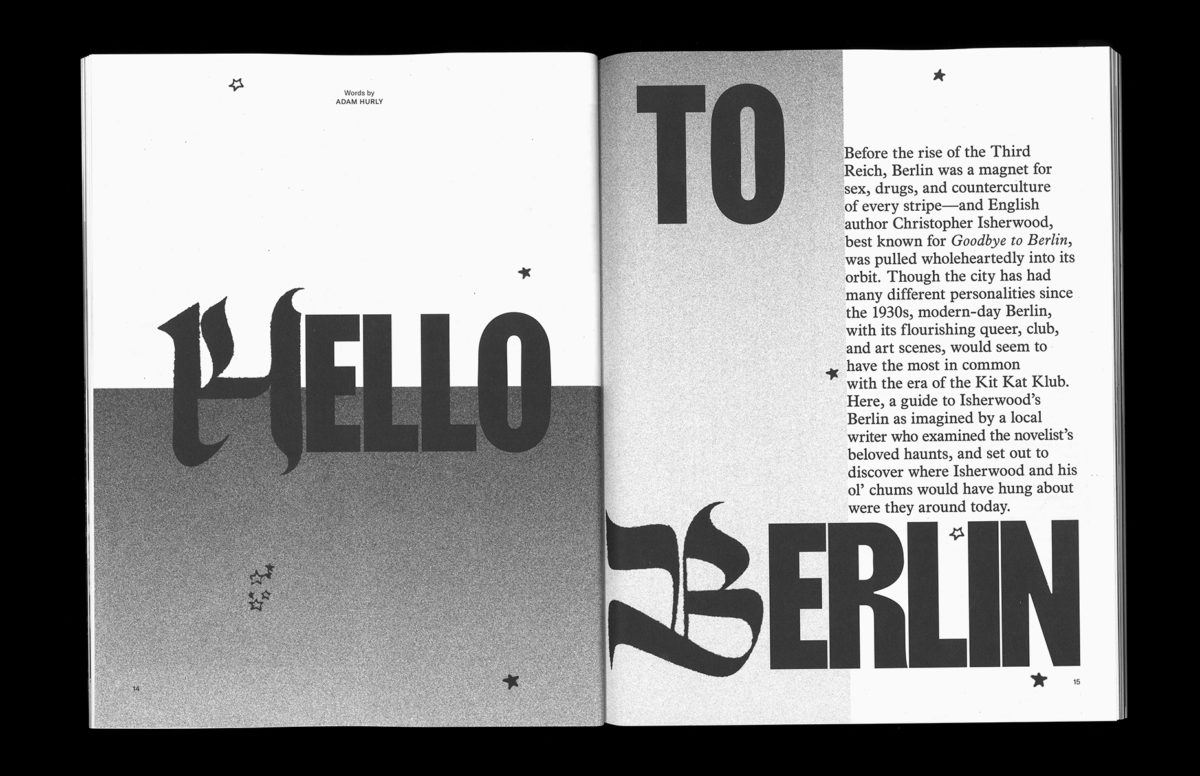 A guide to English author Christopher Isherwood’s Berlin as imagined by a local writer who examined the novelist’s beloved haunts and set out to discover where Isherwood and his ol’ chums would hang about were they around today. Read more. 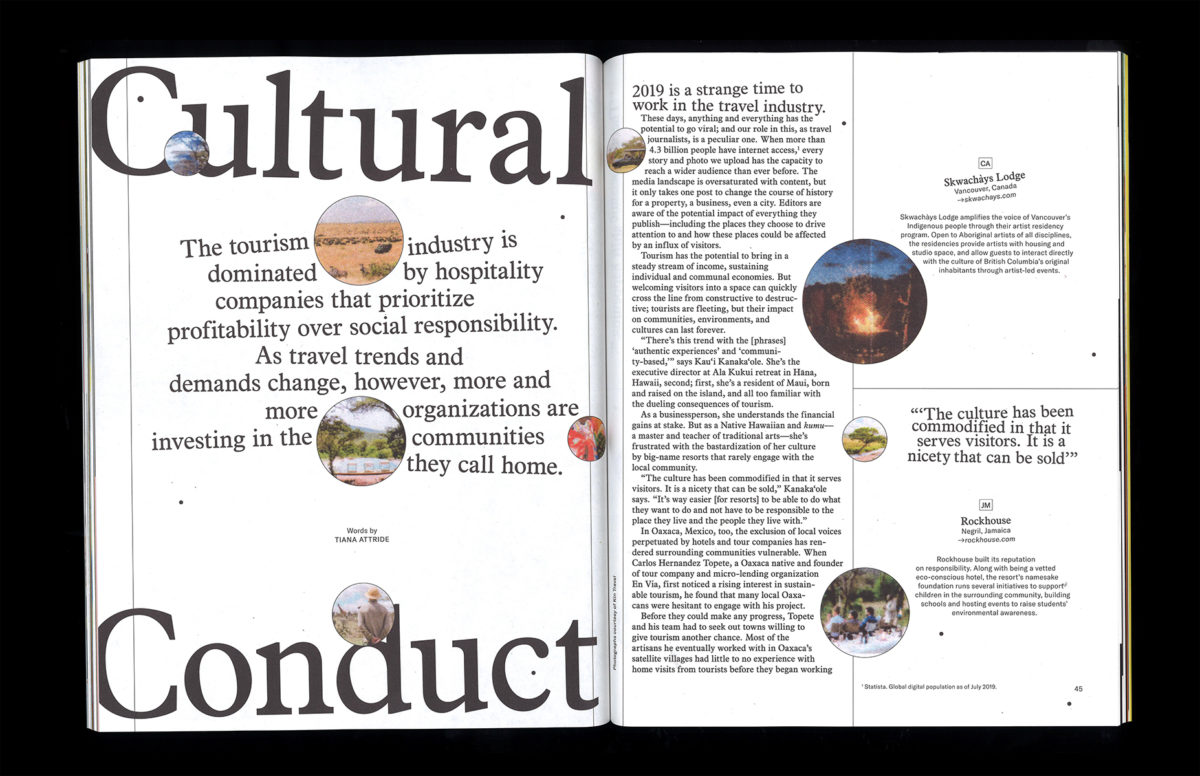 In an industry dominated by hospitality companies that prioritize profitability over responsibility, these socially-conscious hotels and agencies are working to protect the communities they call home. Read more. 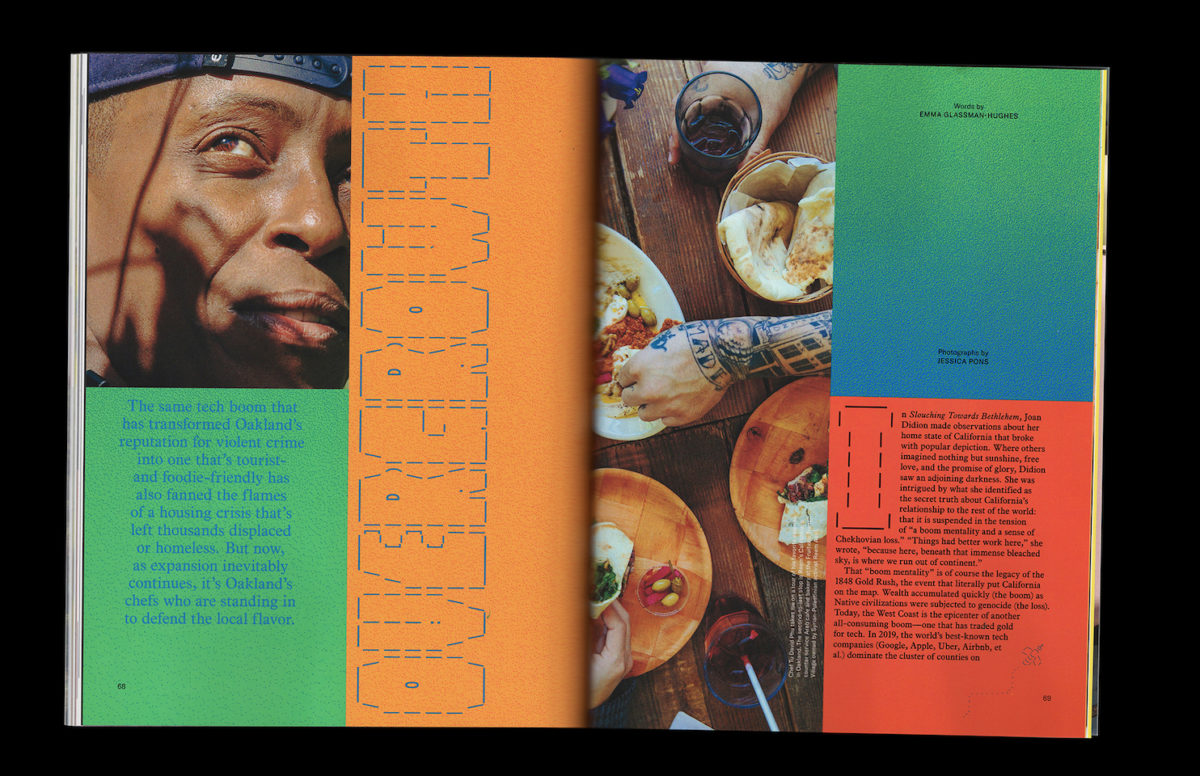 Oakland’s new reputation as a tourist- and foodie-friendly destination has triggered a housing crisis that has displaced thousands. Now, as expansion continues, the city's chefs are standing in to defend the local flavor. Read more. 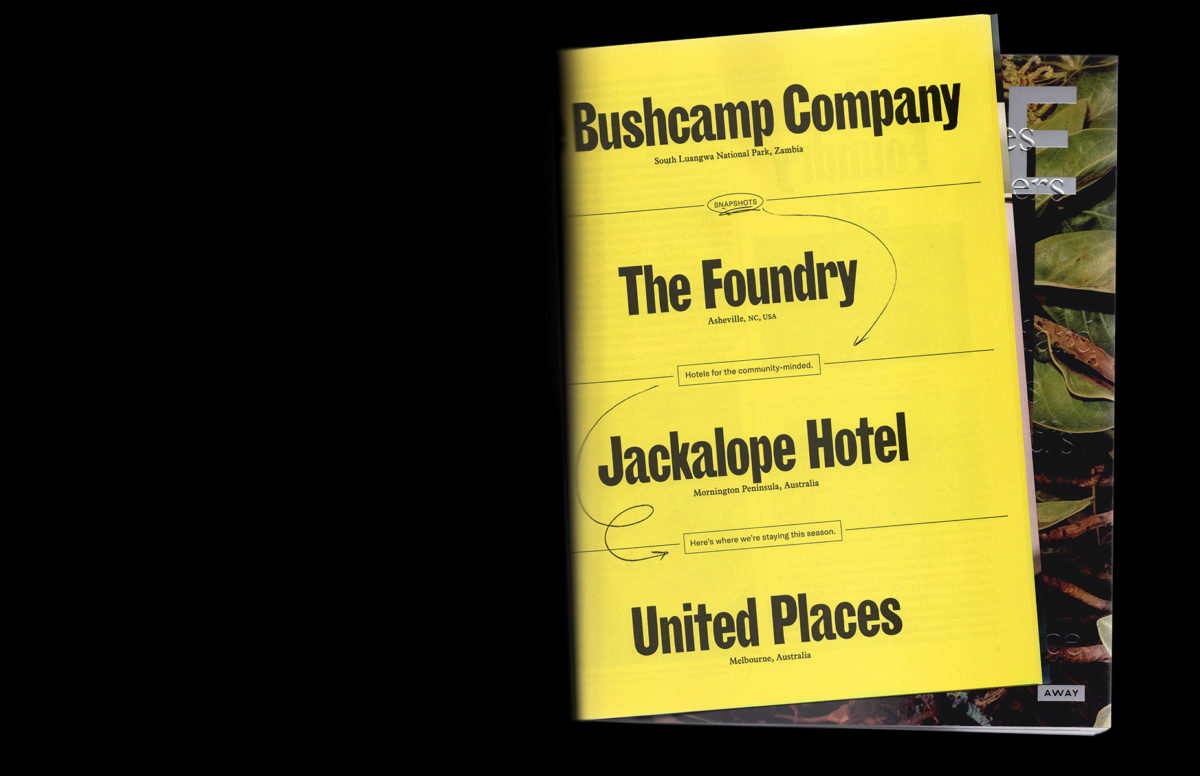 For this issue, our editors traveled across the globe, hitting everywhere from Asheville, North Carolina and South Luangwa National Park in Zambia to Melbourne, Australia—plus one Australian region with a variety of wine you can’t try anywhere else on Earth.
Read more.