A deep dive on the best hotels and neighborhoods, the most extraordinary dining and drinking, and the noteworthy art and experiences you can have in Dallas, Texas.

Before Austin was cool, Dallas was the aspirational Texas city.

“The Big D,” for better or worse, was always considered the cosmopolitan metroplex of Texas—it had oil money and a major airline hub and people were always properly dressed (still true). Dallas fever peaked in the 90s along with the NFL-dominating Cowboys (“America’s Team,” people!) and it seemed like every restaurant that opened there turned into franchisable sensations (Black Eyed Peas, Texas de Brazil, Bob’s Steak and Chophouse).

But while the Lone Star State’s largest metropolitan area has seemingly stepped into the role of cultural underdog, the city’s under-the-radar restaurants, shopping, and art scenes have risen above Dallas’s perception problem as an expensive strip mall mecca.

→ Dallas is one of Here Magazine’s 2020 Travel Destinations of the Year. Find out which other cities made the cut. 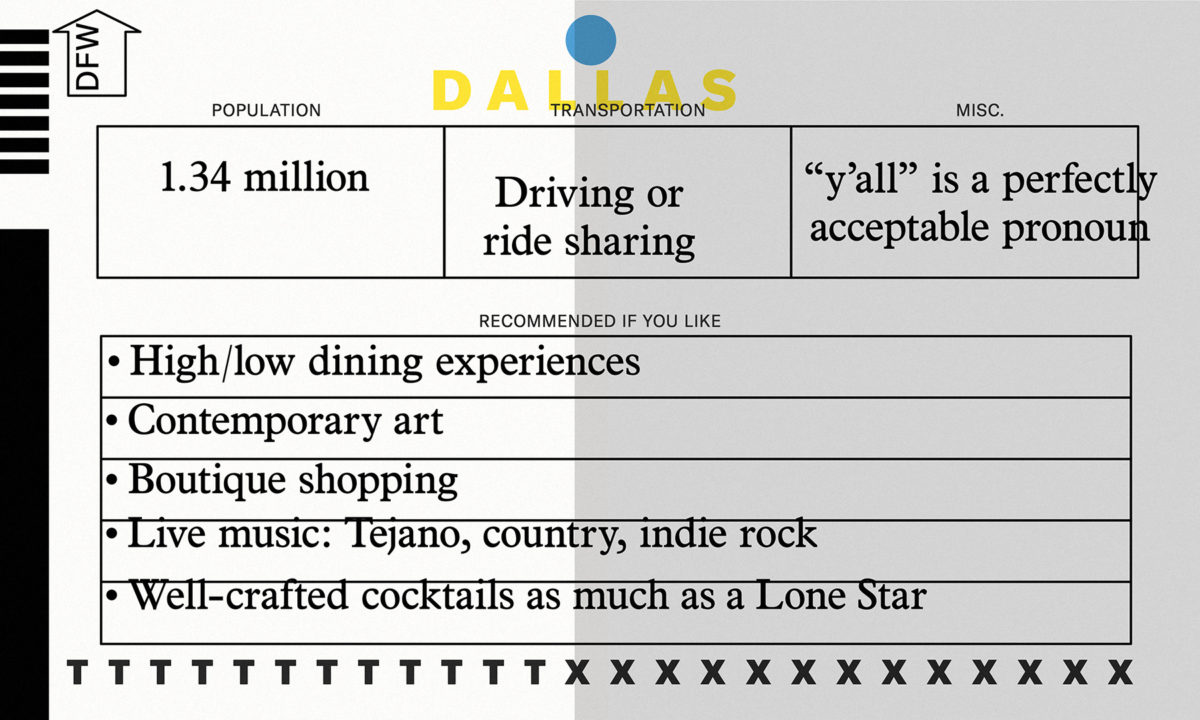 For starters, it’s toned down the monied pretension, but that doesn’t mean it’s gotten any less extra—especially if you want to partake in nightlife or retail therapy. Its dining scene has expanded from steakhouses and Tex Mex for White People to one of the most dynamic restaurant cities in the country, capitalizing on Dallas’s immense cultural diversity and sophisticated palate. And that’s not to mention the role Dallas plays as a major arts and cultural hub, not just in Texas but the world over.

Sleeping on Dallas would be to miss out on the kind of Texas experience that’s captured the hearts and minds of Americanaphiles for over a century—the everything-is-bigger-in-Texas Texas, the don’t-mess-with-Texas Texas. You don’t need ostrich leather cowboy boots to fit in here. If you like an ever-evolving city full of big hearts and unique entrepreneurial spirit, Dallas is the place for you. 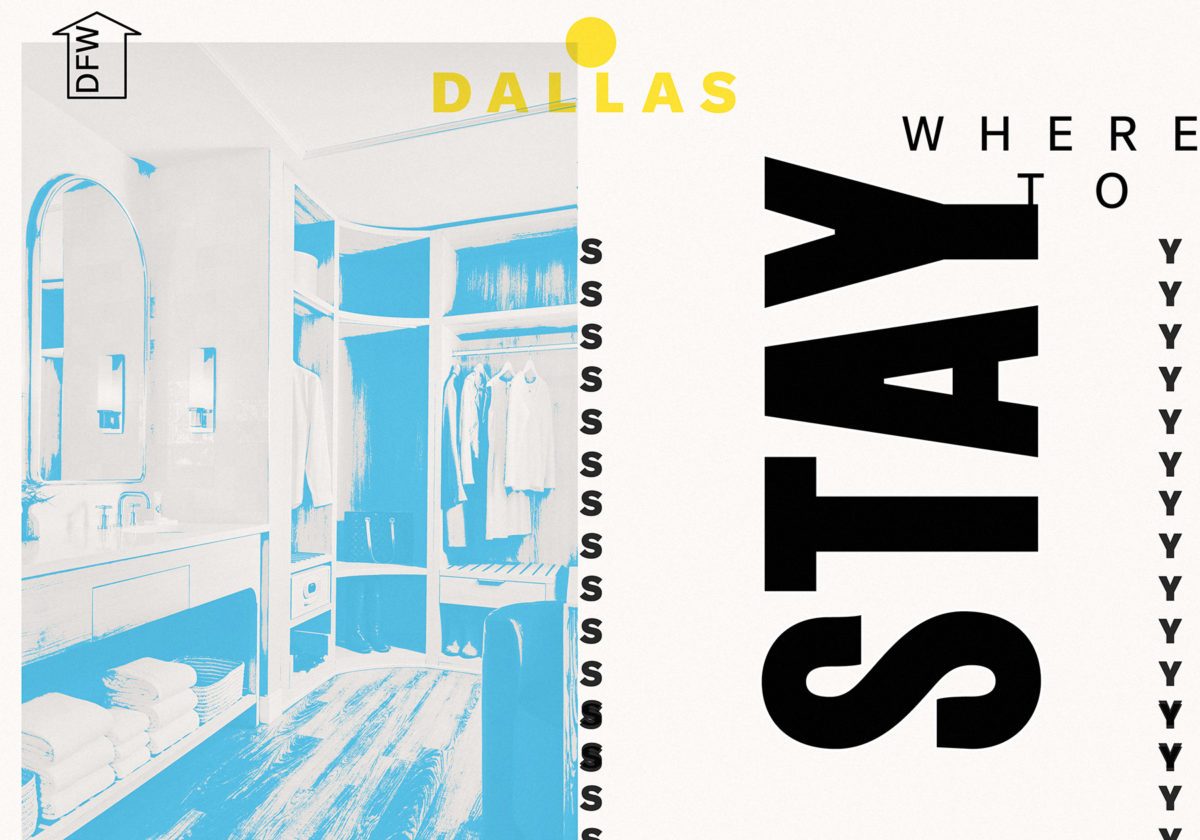 Where to Stay in Dallas

Dallas is a big city, and you pretty much have to drive or rideshare everywhere if you want to see anything beyond your immediate neighborhood (which you should). Hotel hits like HALL Arts and The Joule are both centrally located and easily accessible, but don’t sacrifice elevated design elements and essential creature comforts. If hotels aren’t your thing, or you’re looking for a more neighborhood-y experience, we’ve also got the best areas for home sharing.

→ The Best Places to Stay in Dallas 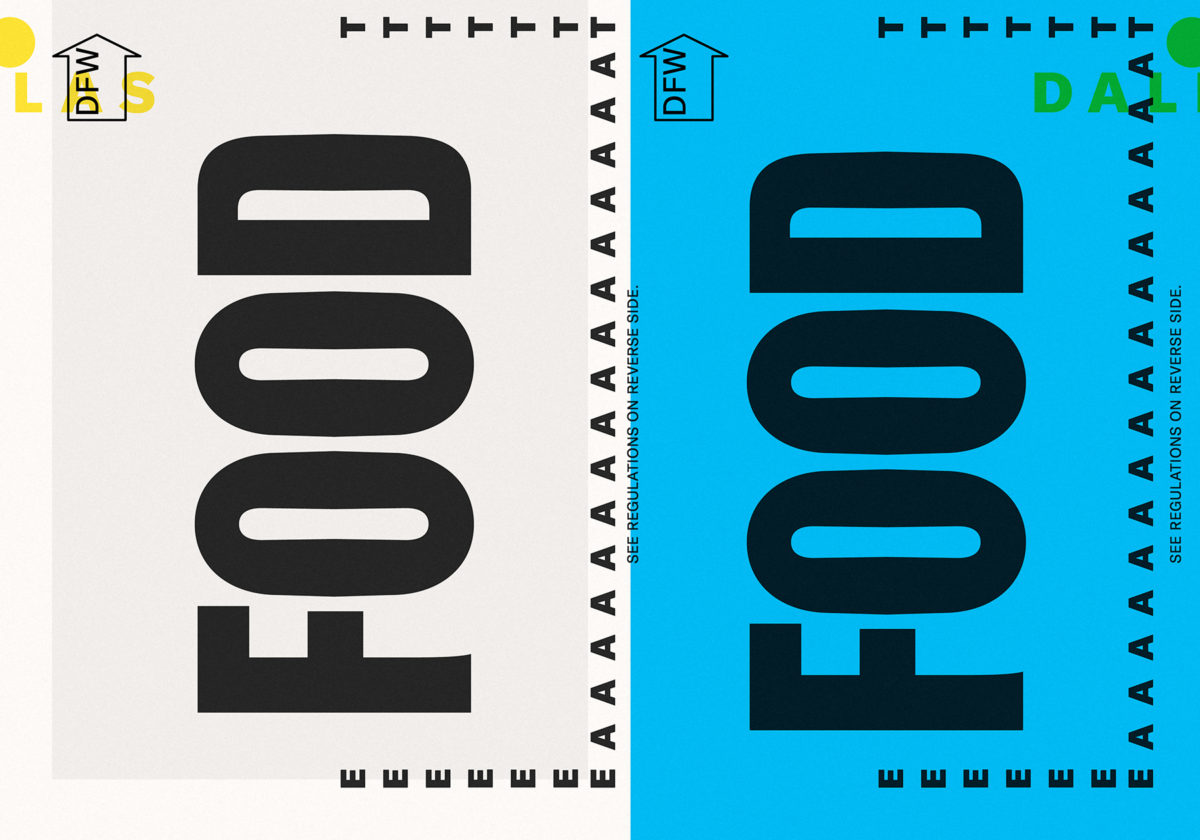 Where to Eat in Dallas

Here’s what you need to know about the Dallas restaurant scene: it’s massive and high quality and more diverse than you might expect. Formerly a tired steakhouse haven with some underwhelming Tex Mex restaurants that went franchise in the 90s, dining in Dallas today offers some of the most unique dishes and experiences that emphasize the maximalist spirit of the city —for starters try an extra special charcuterie board at Petra and the Beast or the Laotian delicacy moutsayhang at Khao Noodle Shop—so much so that Bon Appétit named Dallas the 2019 Restaurant City of the Year.

→ Chef and Owner of Khao Noodle Shop’s Guide to Dallas 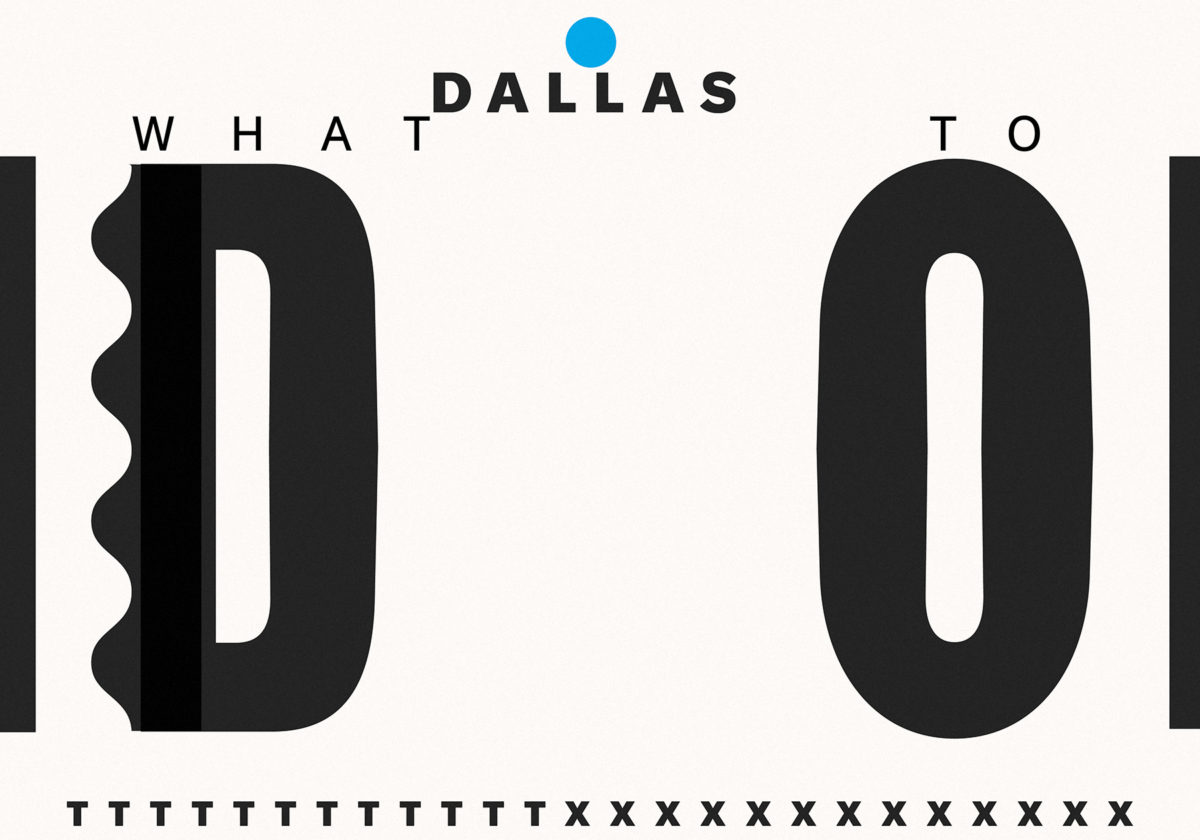 Things to Do in Dallas

Dallas is a major art city (you can’t miss the Dallas Art Museum or Nasher Sculpture Center) and has always been a hub for boutique shopping (the Bishop Arts District and Deep Ellum neighborhoods will empty your wallet). It’s a highly metropolitan city with skyscrapers and highways that weave from one neighborhood to the next, but there are also pockets of nature—like the Santa Fe bike trail and the in-progress Trinity Park—to enjoy if you know where to look.

→ The Best Things to Do in Dallas 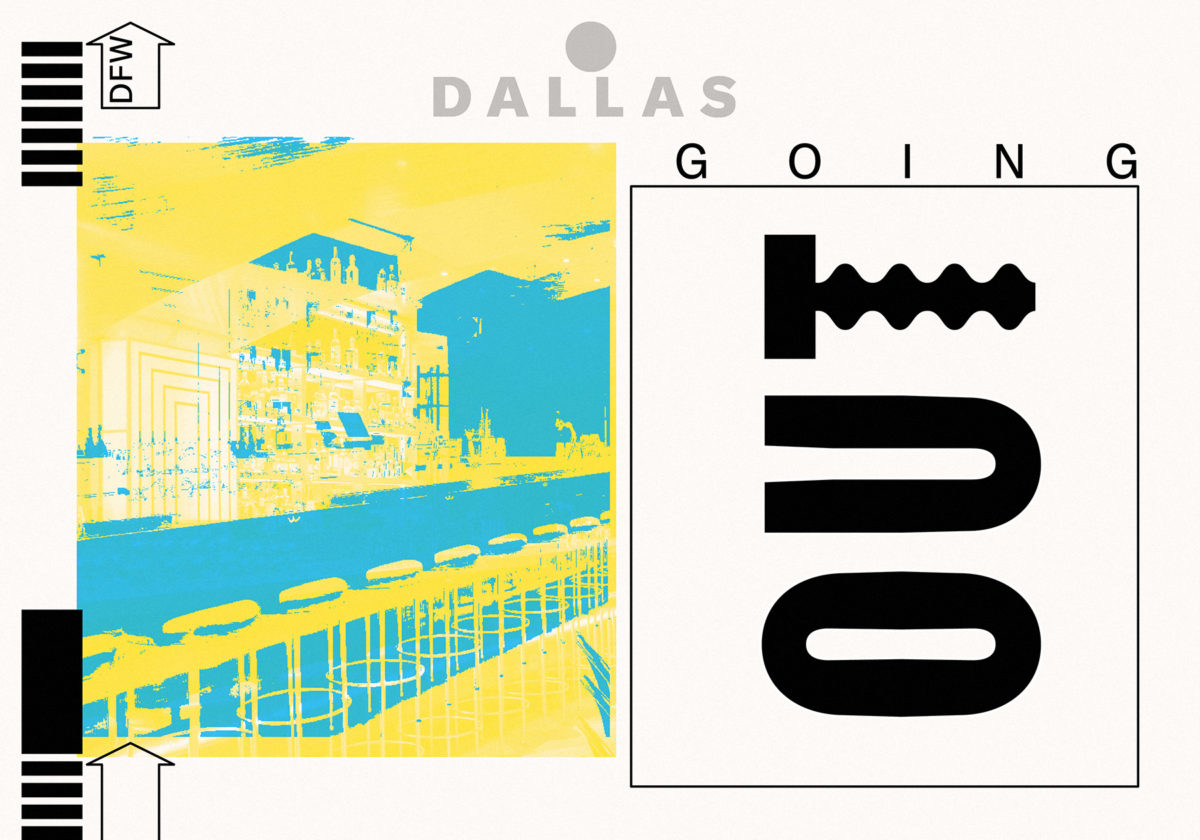 Dallas is the kind of city that enjoys a well-crafted cocktail (try The Midnight Rambler) as much as a bottle of Lone Star (best enjoyed at a honkytonk like Lee Harvey’s), and, as the birthplace of the frozen margarita machine (bless you, Mariano’s Hacienda), it’s safe to say that Dallas’s nightlife culture is well-woven into the fabric of the city.

→ The Best Bars and Nightlife in Dallas 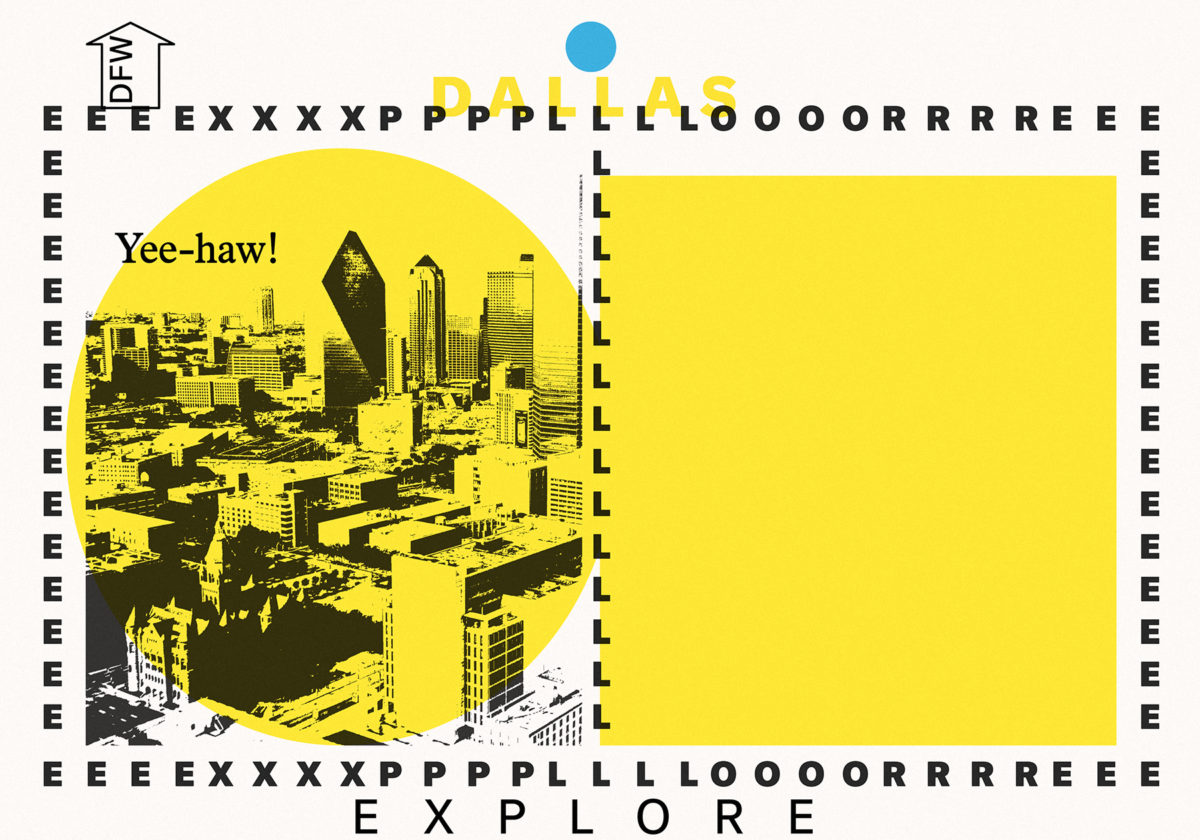 To really immerse yourself in the city of Dallas and all its glory, we recommend singling out specific neighborhoods and planning from there. The Bishop Arts District, Deep Ellum, and the Downtown Arts District are good places to start, but Old East Dallas, Lower Greenville, and Uptown are also worth exploring. You may leave Dallas with an empty wallet but you’ll be full of artistic, cultural, and culinary insight to sustain you at cocktail parties for years to come.