The best places to go, eat, and see art in Mexico City, plus other stories to help you learn more about the city’s history before your next trip.

For a while now, it’s felt like everyone on your Instagram feed is making the trek to CDMX, and while that may make it seem like a flash-in-the-pan tourist destination, Mexico City is not just another travel trend. There’s a case to be made for Mexico City to join the ranks of the world’s greatest must-sees. It’s the kind of city that has everything, for every kind of traveler—which might be a little overwhelming when making your plans to visit the Mexican capital. 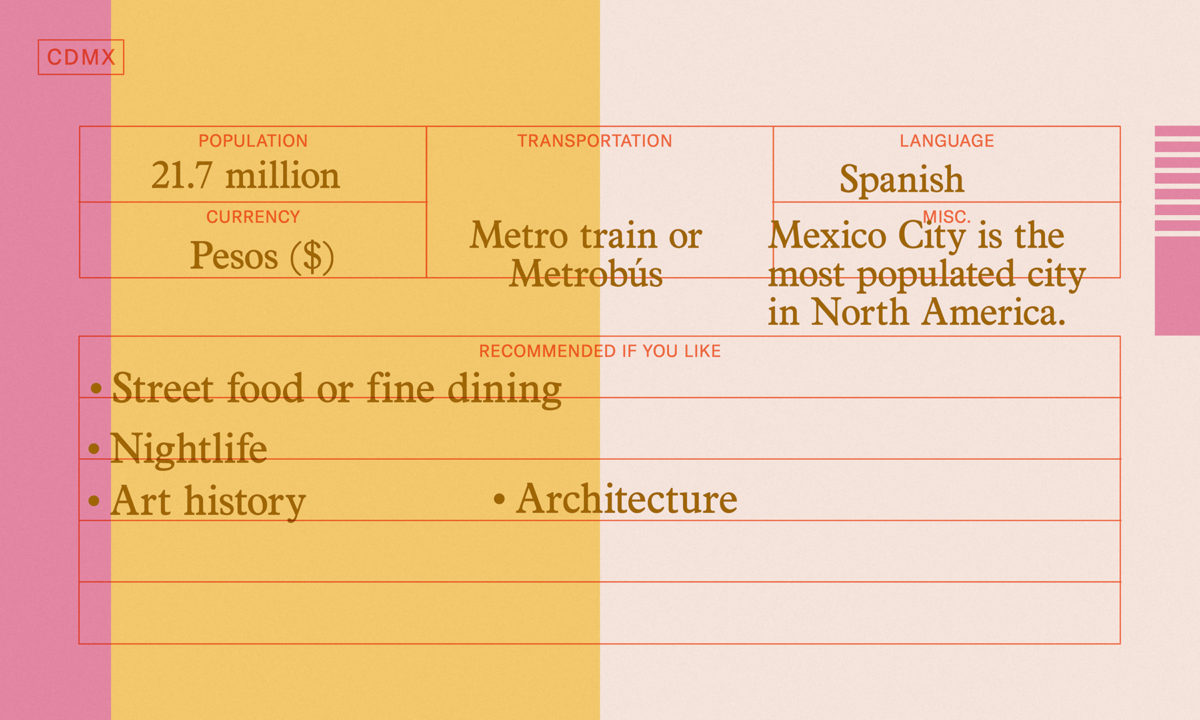 Our approach at Here Magazine has always been about viewing a place through the lens of its people, and we’ve curated our Mexico City guides to accomplish just that. Explore below to find your version of what makes Mexico City a new classic. 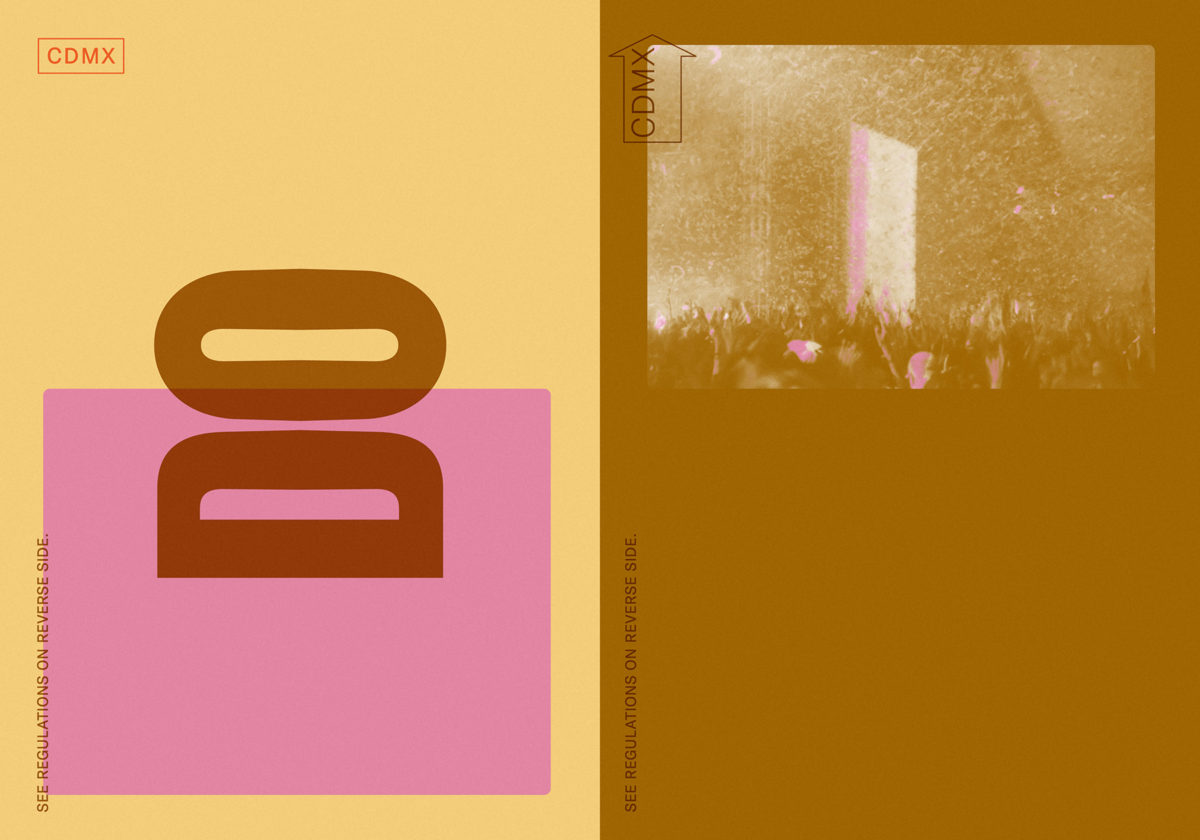 What to Do in Mexico City

Looking for the best places to stay in Mexico City? What about up-and-coming contemporary art museums, where to shop local designers, or the hottest nightclubs for dancing until the break of dawn? We spoke to local chefs, creatives, writers, and more to discover the best of CDMX for any and every traveler type.

→ The Ultimates: A Mexico City Guide from the Experts

→ A Mexico City Guide for Every Type of Traveler

→ How to Spend a Day in Mexico City on Any Budget

→ Booking It to Mexico City: A Literary Guide to the Charming, Populous Capital 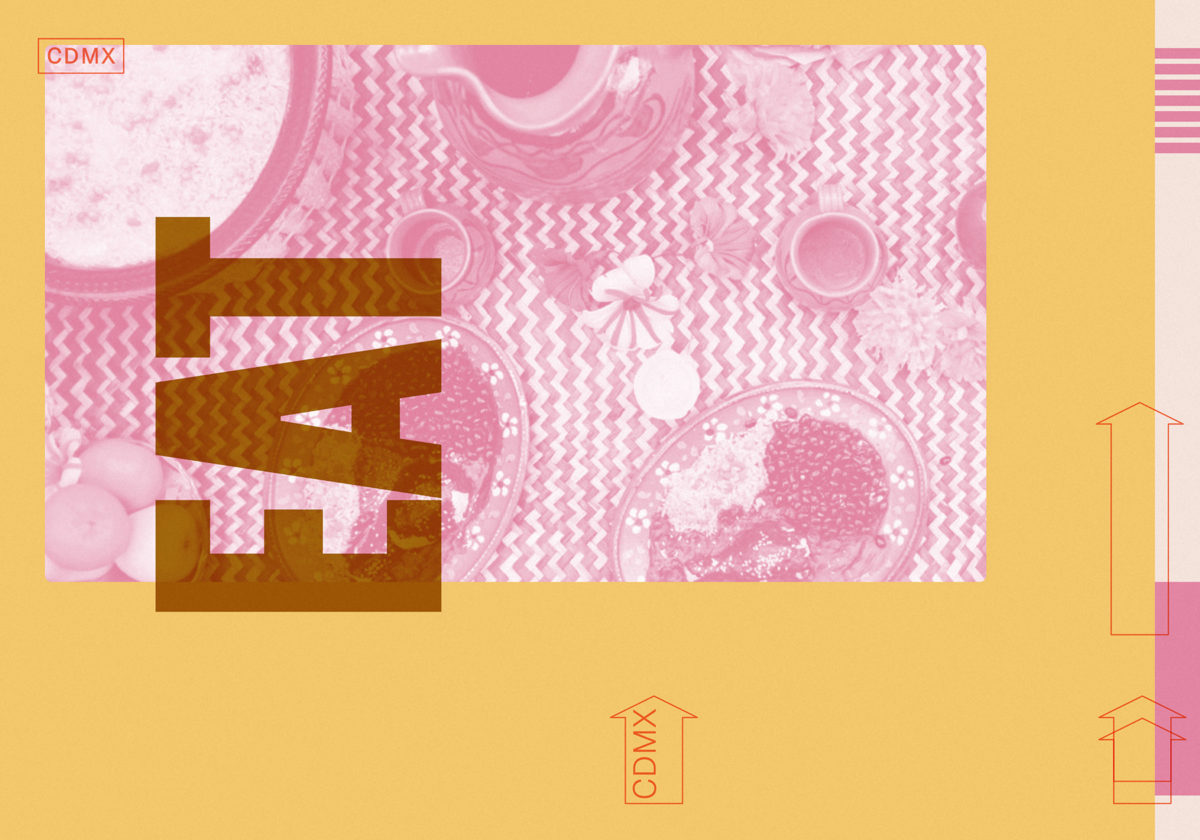 What to Eat in Mexico City

All hail the food scene of CDMX. We’ve seen culinary royalty emerge from Mexico’s capital with our own eyes—including chefs like Daniela Soto Innes, the youngest-ever recipient of the World’s Best Female Chef award. With meals that run the gamut from mouthwatering (and inexpensive!) street fare to innovative vegan hubs to fine dining, food enthusiasts from all over creation flock to the streets of Mexico City to partake in a culinary landscape that rarely misses a beat. 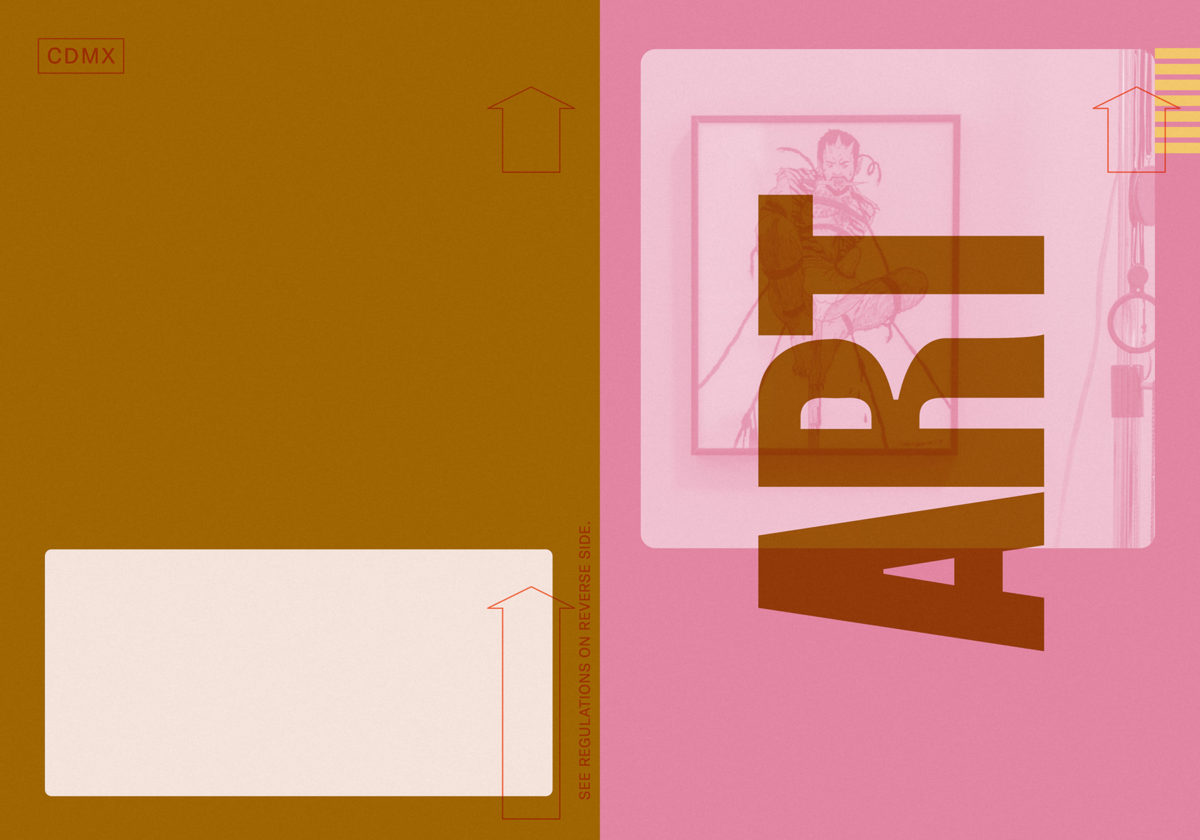 Art is inherent to Mexico City. Some of the most famous names in modern art—Frida Kahlo and Diego Rivera, to name just two—have emerged here over the years, and this storm of creative output has yet to lose momentum. Often fueled by politics and intent on making change, locals use architecture, sculpture, painting, music, and everything in between to establish this as one of the world’s greatest art capitals.

→ Art Gets Political in Mexico City 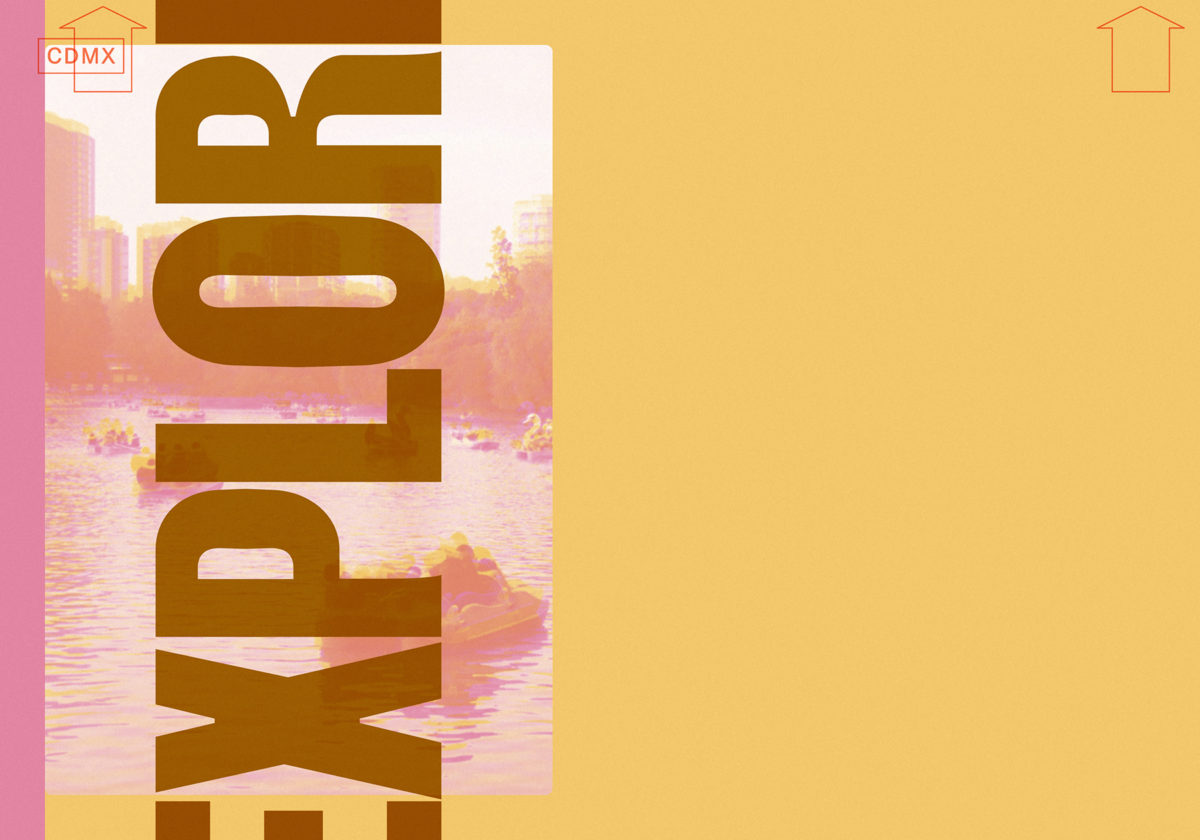 As Mexico City continues to rise through the ranks of popularity with travelers, take a deeper dive into the city’s history, nuances, and hidden treasures—the very things influencing the people who make it great. Read below for a look at what’s shaping CDMX’s current landscape, from the quiet corners of town to the surrounding areas where locals go for weekend getaways.

→ Mexico City After the Earthquake

→ A Weekend of Mexico City’s Charm Captured on Film

→ How to Spend a Weekend in Valle de Bravo, the Ultimate Mexico City Side Trip