The tourism industry is dominated by hospitality companies that prioritize profitability over social and environmental responsibility. As travel trends and demands change, however, more and more organizations are investing in the communities they call home.

In our 10th issue, we talked to the people behind these socially-conscious enterprises to find out how leaders in the travel space can be responsible to their environments—and why doing so is important to the future of the industry.

2019 is a strange time to work in the travel industry. These days, anything and everything has the potential to go viral; and our role in this, as travel journalists, is a peculiar one. When more than 4.3 billion people have internet access, every story and photo we upload has the capacity to reach a wider audience than ever before.

The media landscape is oversaturated with content, but it only takes one post to change the course of history for a property, a business, even a city. Editors are aware of the potential impact of everything they publish—including the places they choose to drive attention to and how these places could be affected by an influx of visitors.

Tourism has the potential to bring in a steady stream of income, sustaining individual and communal economies. But welcoming visitors into a space can quickly cross the line from constructive to destructive; tourists are fleeting, but their impact on communities, environments, and cultures can last forever. 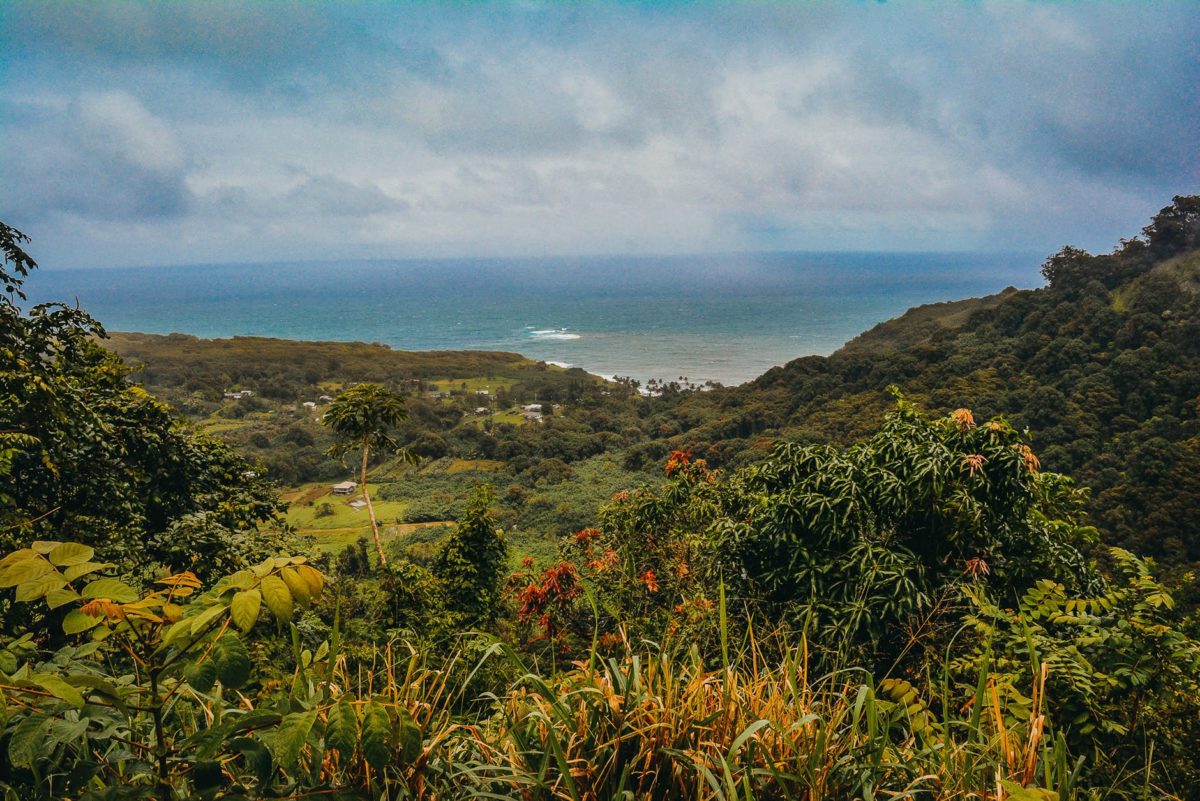 Located high in the mountains of Maui, funds from Ala Kukui's retreats support local artisans in Hāna.

Regaining Trust in the Industry

“There’s this trend with the [phrases] ‘authentic experiences’ and ‘community-based,’” says Kauʻi Kanakaʻole. She’s the executive director at Ala Kukui retreat in Hāna, Hawaii, second; first, she’s a resident of Maui, born and raised on the island, and all too familiar with the dueling consequences of tourism.

As a businessperson, she understands the financial gains at stake. But as a Native Hawaiian and kumu hula—a master and teacher of the traditional dance—she’s frustrated with the bastardization of her culture by big-name resorts that rarely engage with the local community.

“The culture has been commodified in that it serves visitors. It is a nicety that can be sold,” Kanakaʻole says. “It’s way easier [for resorts] to be able to do what they want to do and not have to be responsible to the place they live and the people they live with.”

In Oaxaca, Mexico, too, the exclusion of local voices perpetuated by hotels and tour companies has rendered surrounding communities vulnerable. When Carlos Hernandez Topete, a Oaxaca native and founder of tour company and micro-lending organization En Vía, first noticed a rising interest in sustainable tourism, he found that many local Oaxacans were hesitant to engage with his project.

Before they could make any progress, Topete and his team had to seek out towns willing to give tourism another chance. Most of the artisans he eventually worked with in Oaxaca’s satellite villages had little to no experience with home visits from tourists before they began working with En Vía. Despite En Vía’s desire to support female craftspeople and businesses, many residents felt afraid to risk involvement in an industry that had traditionally wronged them.

“Some of these organizations have bad fame, especially in Oaxaca. People have lost savings, people have been harassed when they’re collecting the money,” he continues. “In the beginning, people were afraid it was another scam.” 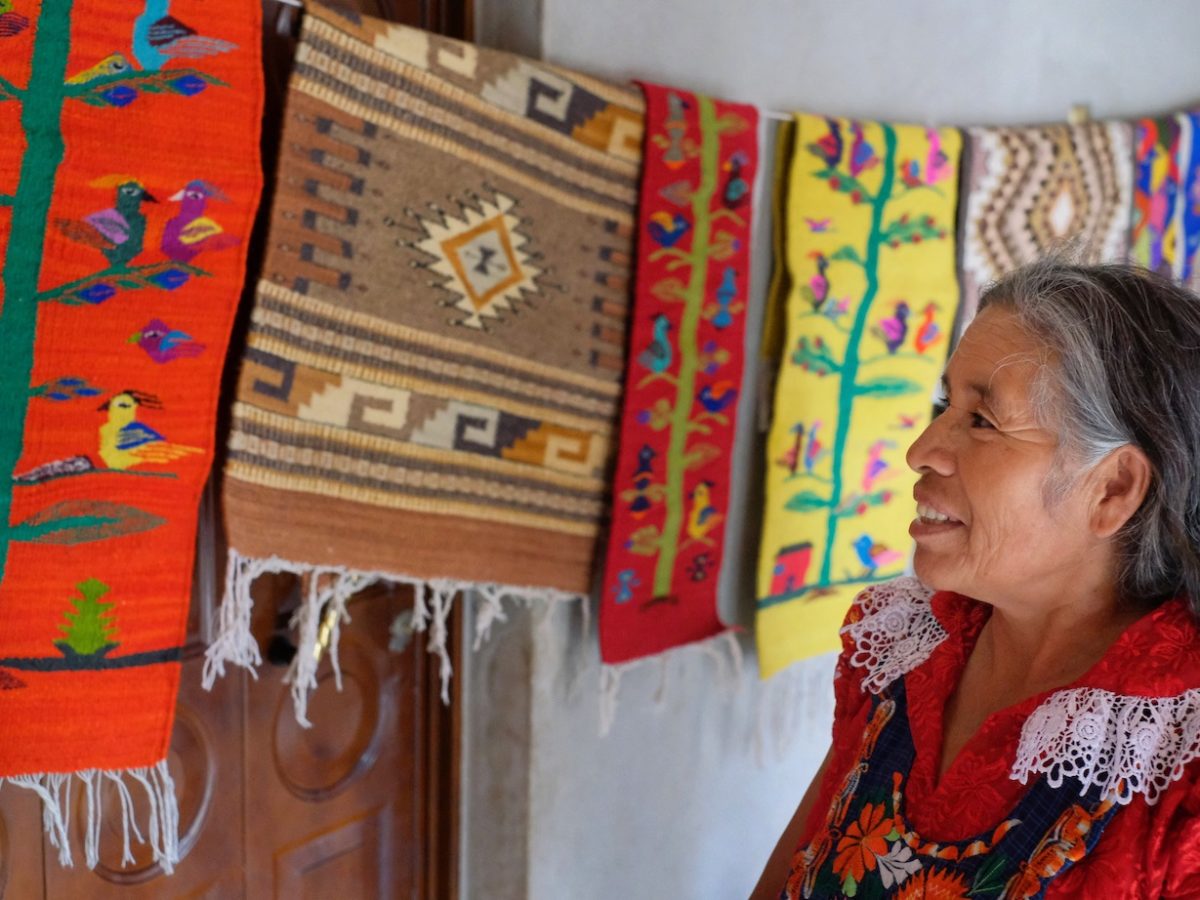 Unfortunately, skepticism is expedient, and not uncommon, in these settings that promise intercultural exchange. But things are changing. A commitment to truly sustainable practices as a criterion has grown from a niche interest into something much more mainstream.

Euromonitor, an organization that tracks travel trends, found that tourism boards worldwide now prefer quality over quantity. Instead of attempting universal appeal, countries want to attract a certain type of traveler: the kind who respects local cultures and understands the impact of their presence in a place. Euromonitor found that tourists also care about this kind of sensitivity. Sensitivity toward diversity of cultures, consideration of the natural environment, and conservation efforts have spiked in popularity in recent years as travelers are paying more attention to their footprints.

In other words: To be socially and environmentally responsible is becoming more popular.

But as is the case with many modern social and ecological issues, the onus is hardly on individuals alone. To achieve real change requires the cooperation of those at the top—those who possess the financial and political means to better the landscape, but who often exploit cultures and environments for their own gain. In the travel industry, resorts and tour groups have a significant stake in this desired change—and some are slower to amend their practices than others. 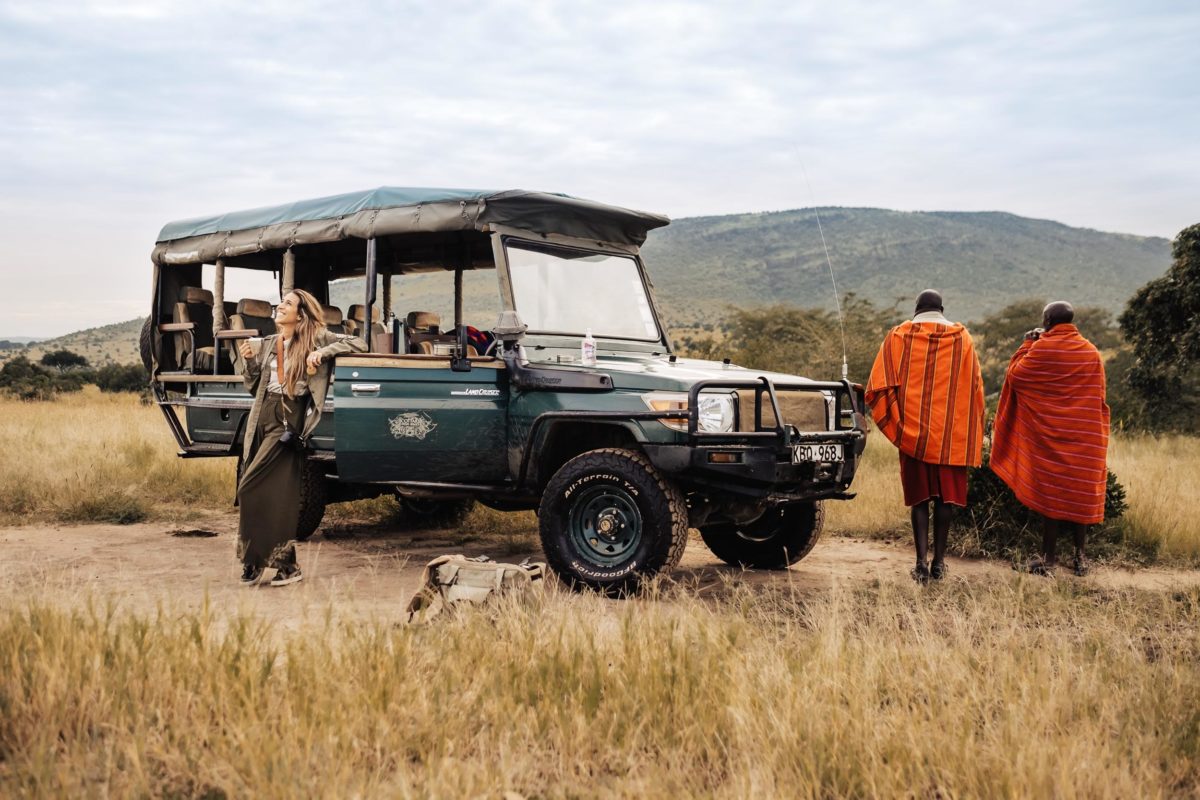 Kin Travel works with established community-first hotels around the world to connect guests to locals. 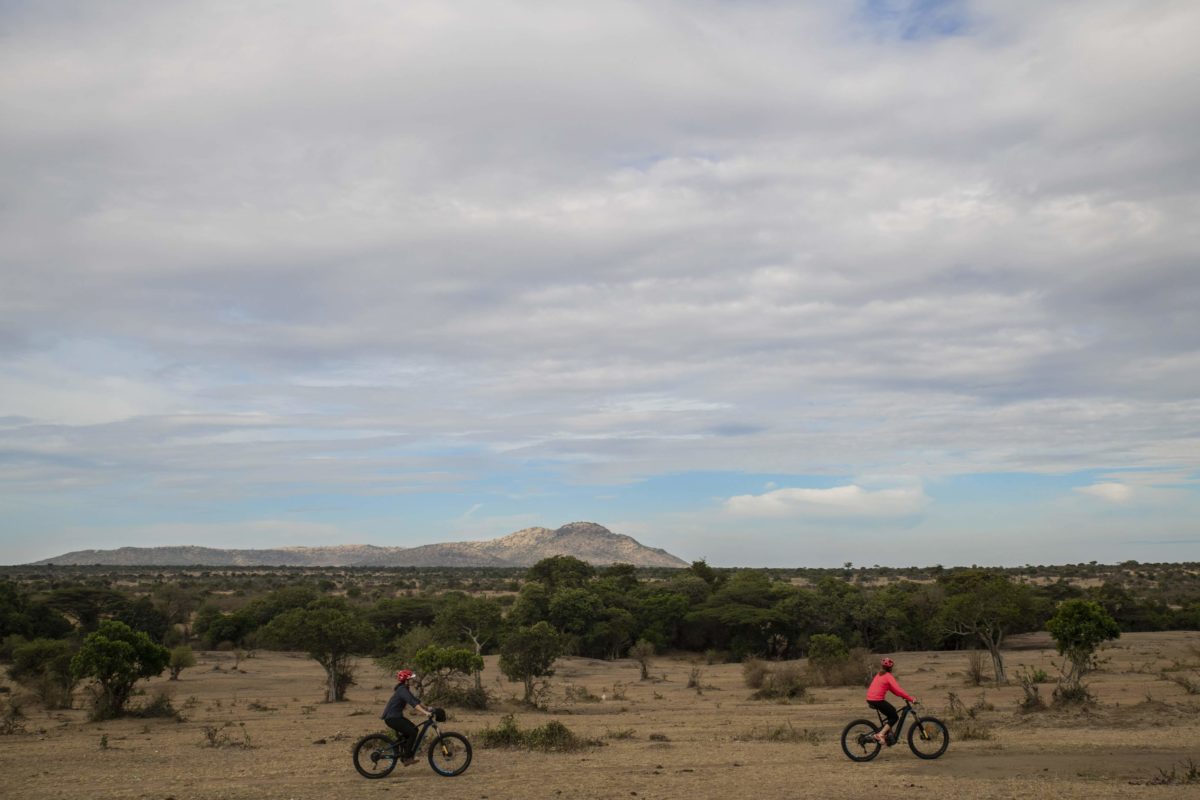 Kin founder Brian Jones aims to introduce a way of traveling that is both fun and meaningful to travelers and locals alike.

“Most profit-centered travel companies are the sale of nature and culture for a small shareholder [gain],” says Brian Jones, the founder of Kin Travel, a tour agency that partners with vetted sustainable hotels around the world, from Kenya to Jackson Hole, Wyoming. He’s seen the devastating impact of big business on his fair share of communities.

“It’s no different than coming into a place and ripping the oil out of it and leaving. That’s why we’re so used to saying, ‘Oh, we’ve got to get there before it’s ruined,’ and it’s so sad that that’s the nomenclature of what travel is—it’s just about extraction.”

And when phrases like “eco-friendly” and “authentic” border on cliche, it’s even more difficult to know which hotels are making hollow statements and which actually stand behind their claims. But in a market overwhelmed by properties that underdeliver on their promises, there are plenty of hotels and organizations around the world that have successfully connected with local communities. 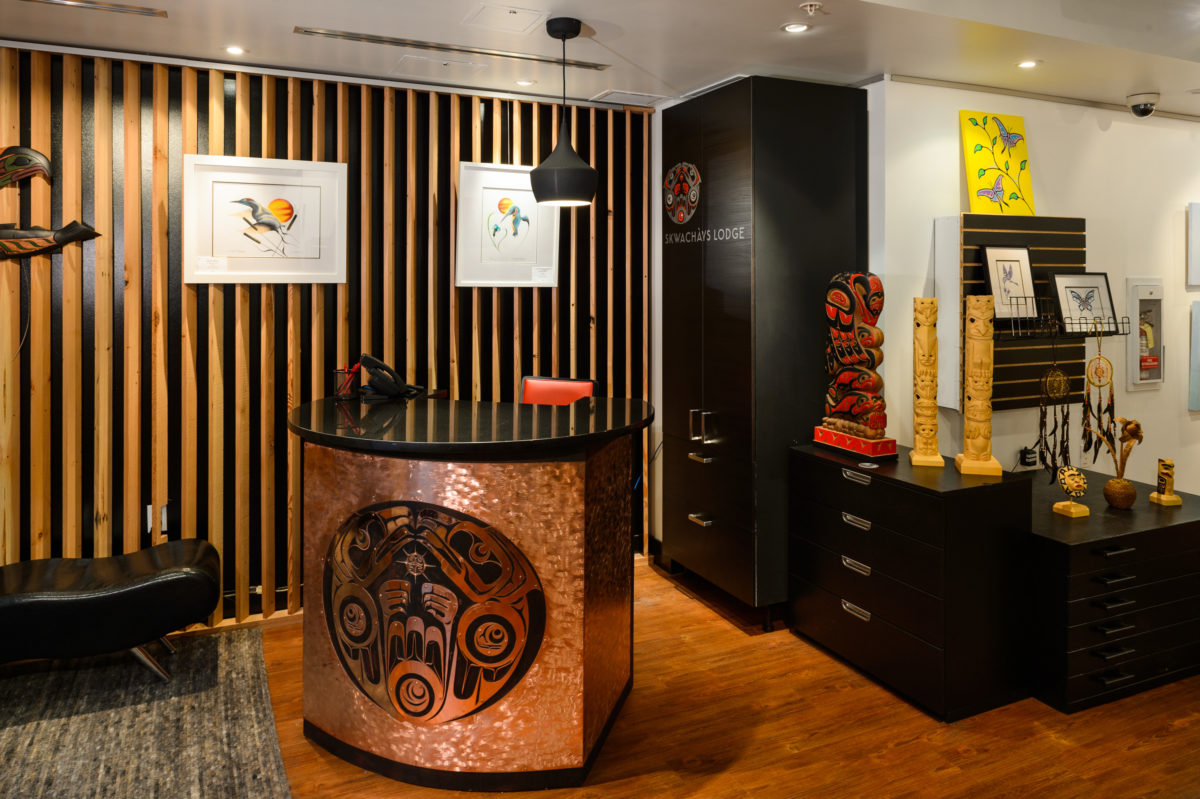 Skwachàys Lodge welcomes guests to Vancouver while supporting the work of Indigenous creatives with an artist-in-residency program. 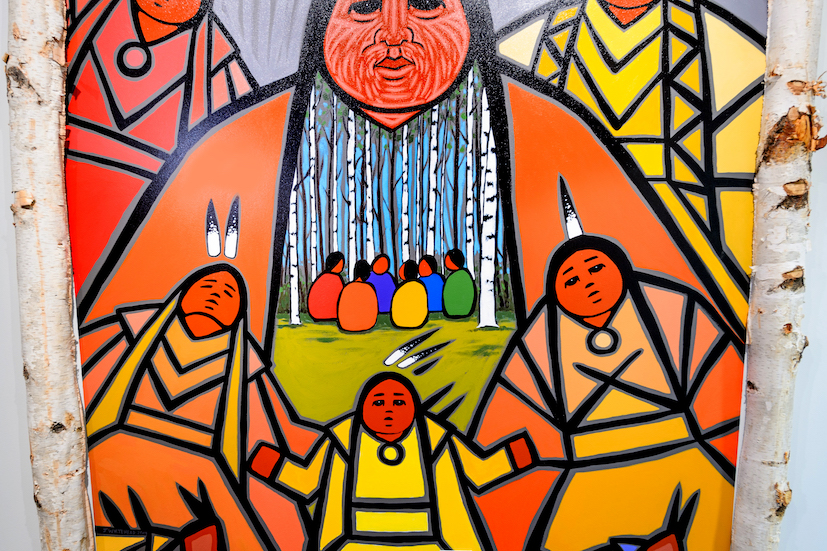 Skwachàys Lodge decorates their interior with work created by and dedicated to Vancouver's Indigenous community.

The Leaders Dedicated to Community

At Skwachàys Lodge in Vancouver, general manager Maggie Edwards says that the response from tourists has always been positive. Here, visitors and locals coexist in the same space; Skwachàys is a boutique hotel, as well as a home to a rotating group of Indigenous artists-in-residence who host events welcoming tourists and non-Indigenous community members to learn about their culture.

“[Guests] may have seen the pretty pictures online, but once they arrive we get to have this conversation with them about what we’re doing and why we look the way we do,” Edwards explains. “They can participate in additional cultural experiences through the artist-in-residence program and they often really view that as added value.” 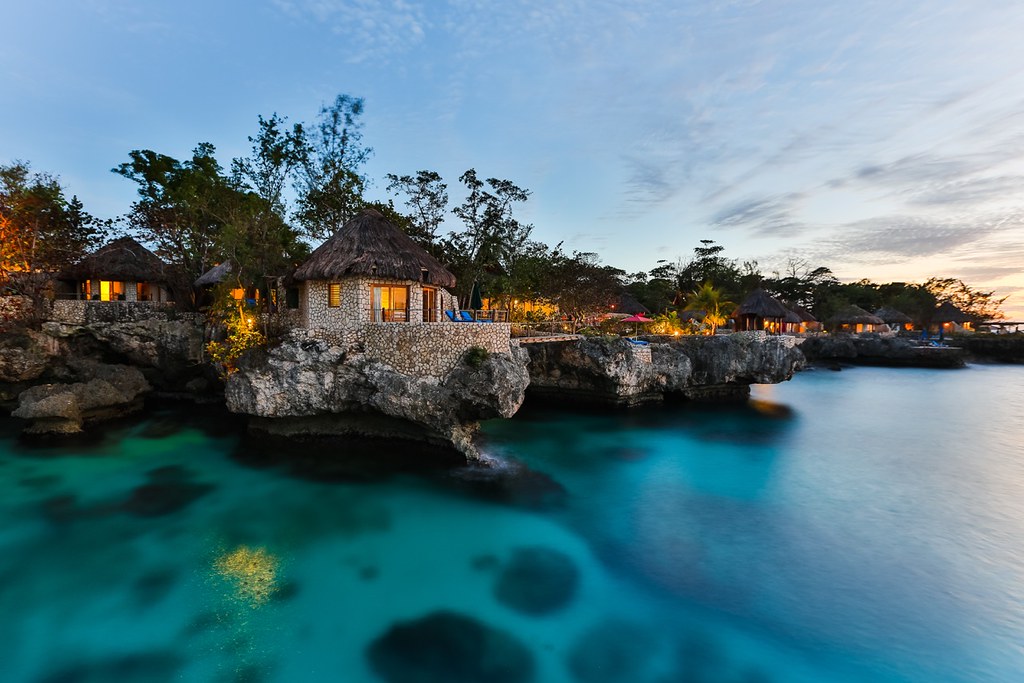 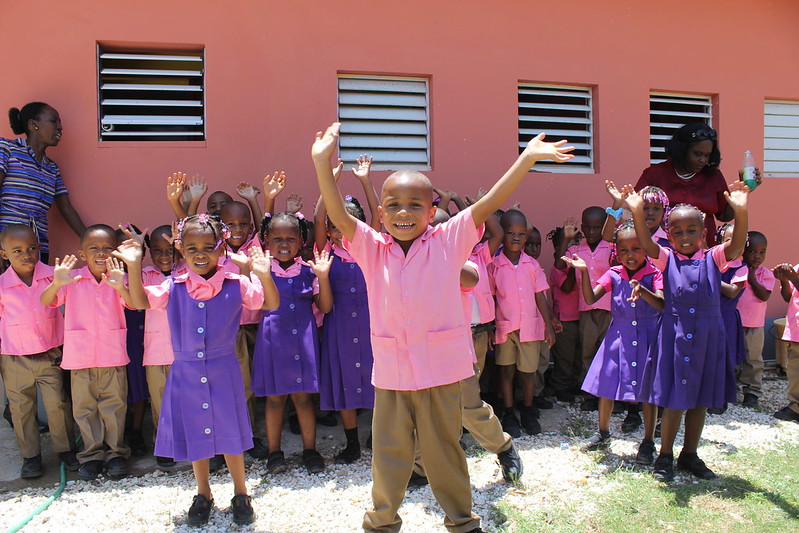 Since its inception, the Rockhouse Foundation has renovated six schools and invested over $5 million in education in Negril.

Rockhouse Hotel in Negril, Jamaica, is another such property. Along with running a beautiful and genuinely eco-friendly hotel—they’re a Green Globe Certified property carefully designed to work with the natural environment rather than against it—their associated nonprofit, the Rockhouse Foundation, works to build schools and promote education in nearby neighborhoods.

Paul Salmon, chairman at Rockhouse, has watched as visitors have become more aware of how hotels impact the surrounding environment.

“There’s a seismic shift happening. People are looking out for the kinds of values that the places that they spend their money stand for,” he says. “Guests are asking questions that were not asked at all 20 years ago around social responsibility, what you’re doing in the community, and how you’re having a positive impact. And I think that’s going to put pressure on more people to do it.” 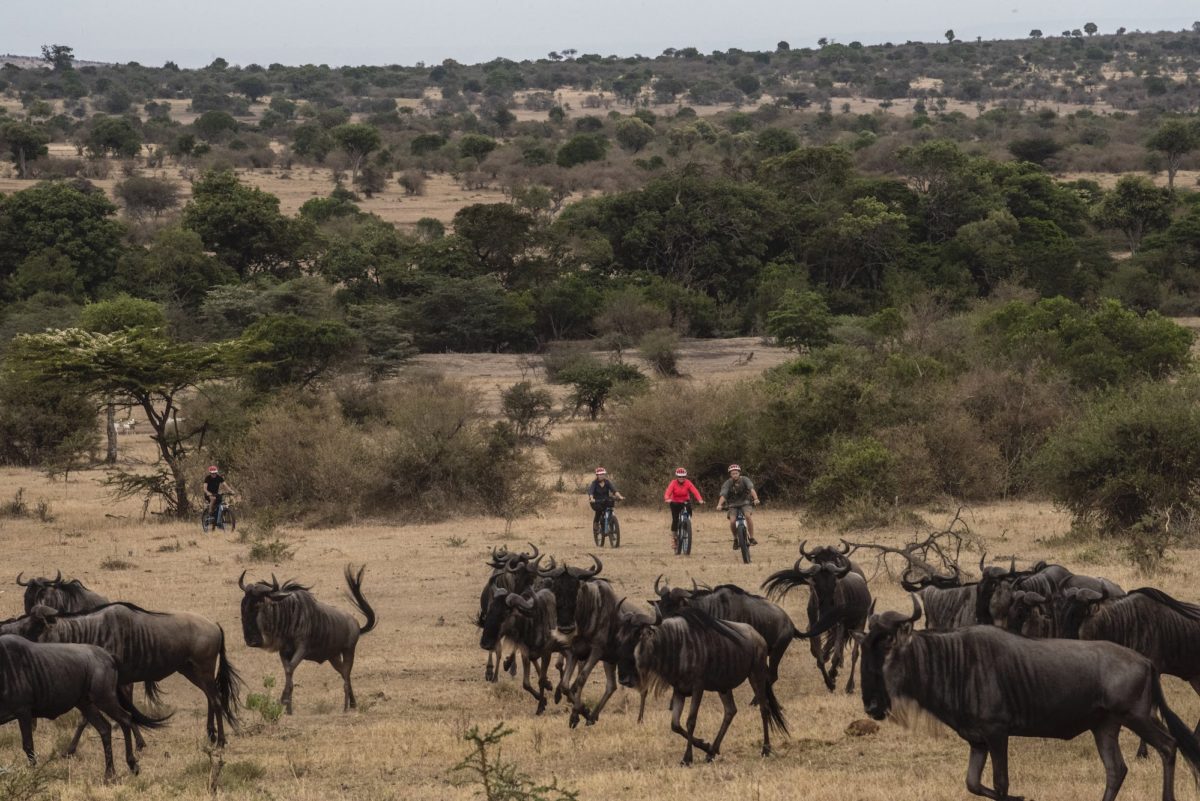 "The guest-versus-staff sort of thing dissolves, and it becomes all of us who just care about something so much bigger.”

Fun and Responsibility Can Go Hand in Hand

Of course, the ultimate goal of leisure travel is to have fun. Ideally, tourists need not worry about sacrificing happiness for sustainability. In fact, thinks Brian Jones, trips that make a difference often end up being the most fun of all because of their emotional draw.

“People become so close on these trips because they’re talking about stuff that matters. By the end, they’re just cracking up and having a great time because they’re family,” he says.

“To really honor culture, to honor an ecosystem, to understand what’s threatening that and then meet the people doing something about it—your relationships with people are completely different. The guest-versus-staff sort of thing dissolves, and it becomes all of us who just care about something so much bigger.”

Across the board, the advice from these sustainable travel experts is the same: Listen and learn.

“Go there, ask them what you can do to help, and they’ll tell you. Then you do it. It’s really that simple.”