Just like her now-boss and best friend Daniela Soto-Innes, pastry chef Isabel Coss worked at Enrique Olvera’s upscale Mexico City restaurant Pujol before moving to NYC and getting hired by ATM Group (which includes Cosme in Flatiron and ATLA in Noho).

And though she’s originally from Mexico City, Coss has spent a considerable amount of time in Oaxaca, about six hours to the south—exploring all the markets, eating all the mole, and drinking all the mezcal (for research, of course). “Oaxaca is that place I always pretend I’m from,” says Coss. Here, the dessert queen’s guide to her adopted city: Oaxaca, Mexico.

Take me to the market

“I love markets, and Mercado de Tlacolula is a total visual overdose. This one is only open on Sundays, so make sure you make time to come taste local Oaxacan flavors like tlayudas and pan de yema chocolate (bread dipped in hot chocolate). You can also buy beautiful, hand-crafted art from a variety of craftspeople and vendors.” 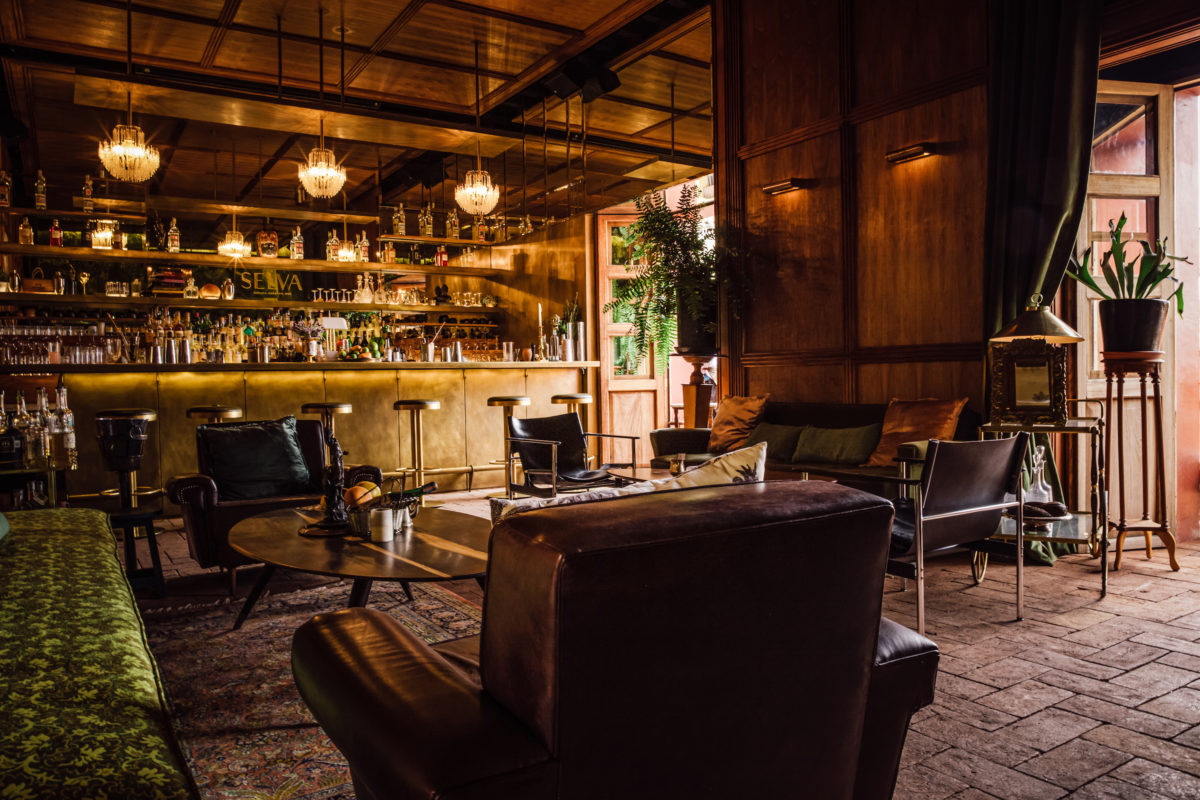 The cozy interior of Selva Bar, where local Oaxacan flavors are prioritized.

Alfonsina is located in the home of chefs Elvia León Hernández and her son, Jorge Leon, who we all know is one of the best mole makers out there. (This tiny, rustic kitchen was named one of the world’s best restaurants earlier this year.) Jorge cares so much and that translates into his menu, which changes every single day. He is known, of course, for his many moles that riff on highly traditional recipes but add a truly modern spin. Long story short: He makes incredible food.”

Mezcal with a shot of history

Mezcal Real Minero has some of the most important mezcals to taste. It’s located in Santa Catarina Minas, which is located in the state of Oaxaca. I’d suggest getting a guide with a car (it’s about an hour’s drive from the city) so that you can absorb all the information about the ancient city. Back in the city, La Mezcaloteca is a mezcal tasting room where you can taste extraordinary mezcal from all around Mexico. They serve small-batch selections—the kind you don’t remember because you’ve drank so much. They’re that good. Selva Bar is also an extremely fun time.”

Where to stay in Oaxaca

“Casa Criollo (available through AirBnb) is the new hospitality extension by Luis Arellano, the chef at Olvera’s Oaxaca-based smash-hit restaurant Criollo. It’s attached to the restaurant, so you get both amazing experiences at the same time.