Nobody thought that Filipa Júlio, Maria Cunha, and Sofia Oliveira could successfully launch a luxury shoe line out of Portugal.

“When we started, we didn’t know anything about shoes,” says Oliveira. “I’m from communications, Maria’s from management, and Filipa’s an architect. People literally thought we were crazy.”

But together, they’ve proven the power of a good idea. Júlio was a ballerina for 15 years and loved the ballet-flat style. She brought her designs to Cunha, whose immediate response was, “Who wants flat shoes? All women desire high heels.” But Oliveira was convinced—and convincing—that women wanted flat shoes that were also pretty and feminine.

They launched Josefinas in 2013 with a classic ballet flat in six colors, naming the line after Júlio’s grandmother, who had always taken her to ballet practice. “I started wearing them and didn’t want to wear anything else,” says Cunha. 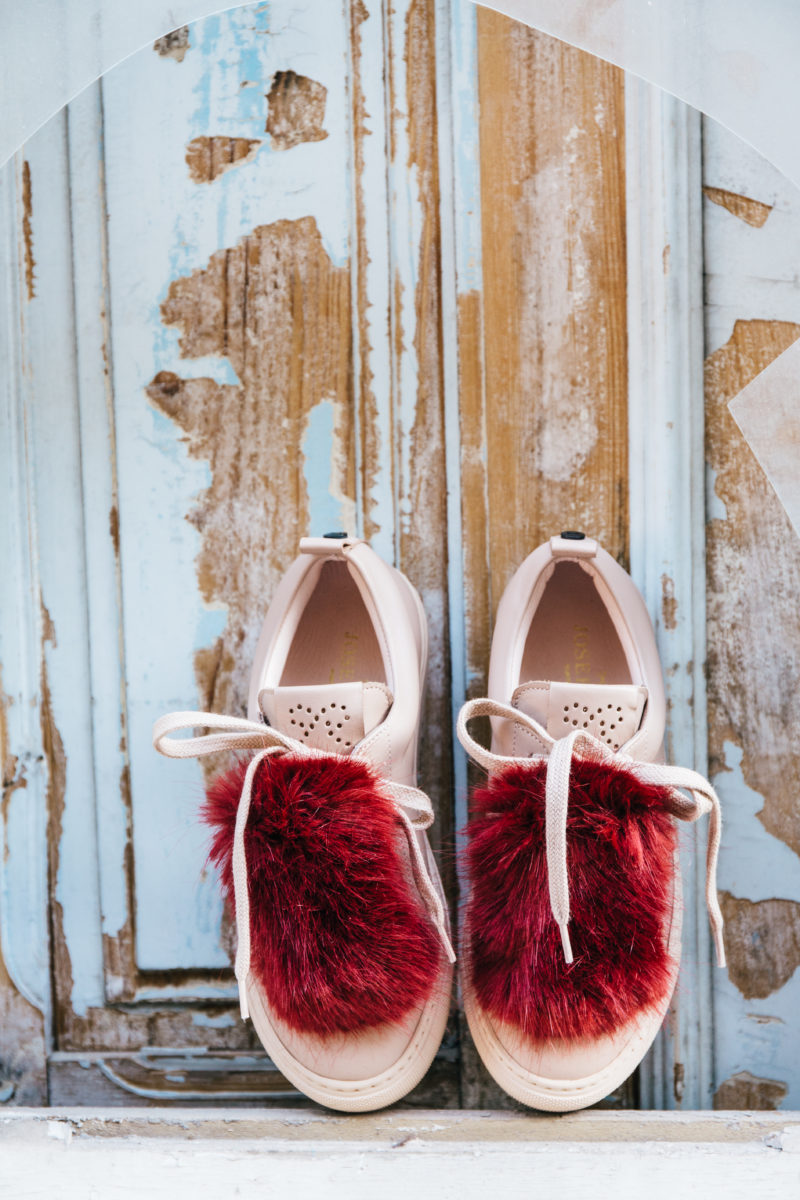 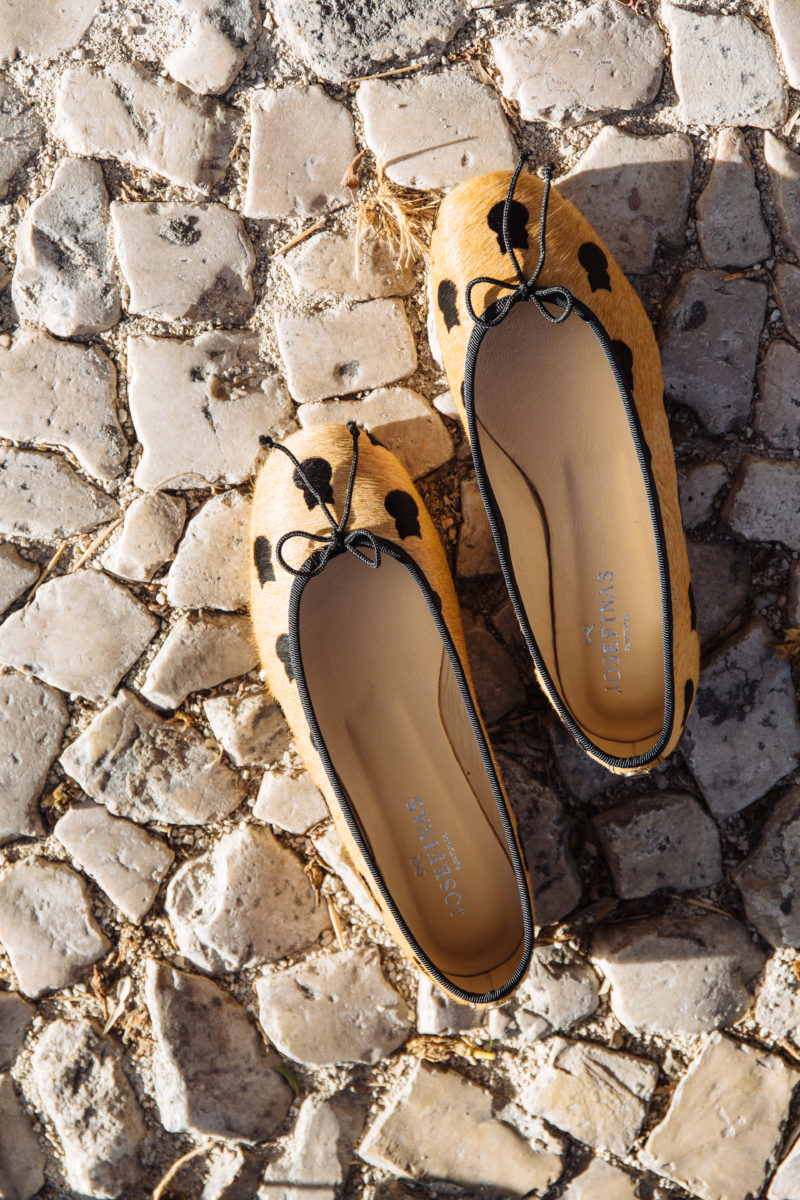 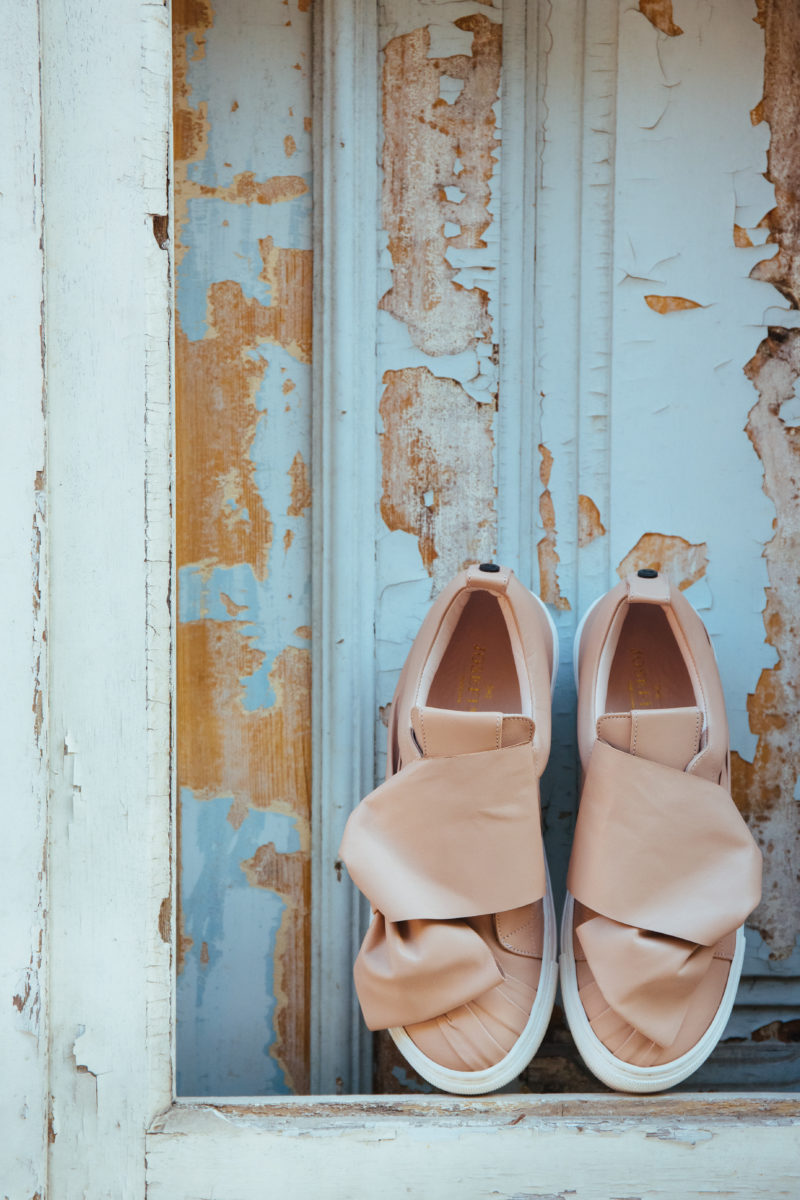 Other people felt similarly. The trio raised awareness for the e-commerce brand through social media and by tapping into a network of fashion bloggers. “It was 2014, and I don’t know how, but we were on Chiara Ferragni’s feet,” says Oliveira, referring to the influencer behind the definitive fashion blog The Blonde Salad. “That had never happened for a Portuguese brand, and it happened very organically.”

Júlio, Cunha, and Oliveira are based in Braga, in northern Portugal, close to their shoemakers who work outside of Porto, in a region known for handmade leather goods. “It’s a family company that’s very small, with eight people working there,” says Cunha of their factory. “They’re very flexible in terms of what we create with them, and as we learn with them, they learn with us.”

As customers started requesting other styles, they expanded their designs to include sneakers, boots, and slides. They experimented with a pop-up shop in New York last year, and recently opened their website to Japan. The US, UK, and Portugal remain their biggest markets.

Though they originally received criticism for the high prices of their shoes—starting at $390—those numbers reflect both the quality of the materials they use as well as the craftsmanship of their artisans. “We were the first Portuguese company to really make a statement by saying that our shoes are actually a fair price because they’re all handmade by artisans who are sometimes  exploited,” says Cunha. “I think we were one of the first brands responsible for the validation of Portuguese fashion.”

As such, other brands have started coming to them for advice. “There are a lot of women entrepreneurs reaching out to us, and we try to help them,” says Cunha. “That kind of environment inspires.”

Surely, all of this would have made grandma Josefina incredibly proud. “She was the one who always told Filipa to be persistent,” says Oliveira. “In ballet you have to be graceful, but you really have to work to get to perfection. We wanted the brand persona to be a strong woman who’s also delicate. You can do anything if you really want to, and you can do it in flat shoes.”