How a Thanksgiving spent alone during Japan’s leaf-peeping season taught one writer to seek magic in unexpected places.

The whole trip came together on a whim. In the middle of the night that spring, I’d stumbled upon a plane ticket that hopscotched through several European countries and dead-ended in Asia, all for under $200—taxes included. I couldn’t pass up a ticket at that price, especially with that many destinations, even if it dictated where and when my trip would take place. I assumed the fare was a mistake and that I’d need to act fast (which proved true—it was gone in a matter of hours), so I bought the ticket, not realizing the trip was during the holidays until the departure date approached.

Nevermind that I’d be traveling across Europe and Asia during November and December without the alluring beach trips a different season might bring; I made my purchase expecting some low-key, off-season escapades. I sent a round of texts and emails to friends and family alerting them to the deal and got a friend and my mom to buy similar routes—except neither ended up actually boarding. In the end, the flights proved cheap enough to be disposable, and by the time the trip came around six months later, it was only me at the gate at JFK.

I first traveled through Milan, Prague, and Paris, booking accommodations as I went. Upon arriving in Japan, perhaps the trouble I had finding a place to stay in Tokyo should have been my first clue. I was looking for an apartment to myself in the hopes of living like a resident, but all that would come up were shared accommodations, so I begrudgingly booked a bedroom in an occupied apartment. Having never visited Japan before, I wondered if this was a typical occupancy issue—but fairly soon after I touched down, I realized the lack of availability and demand for lodging was in large part due to the season. 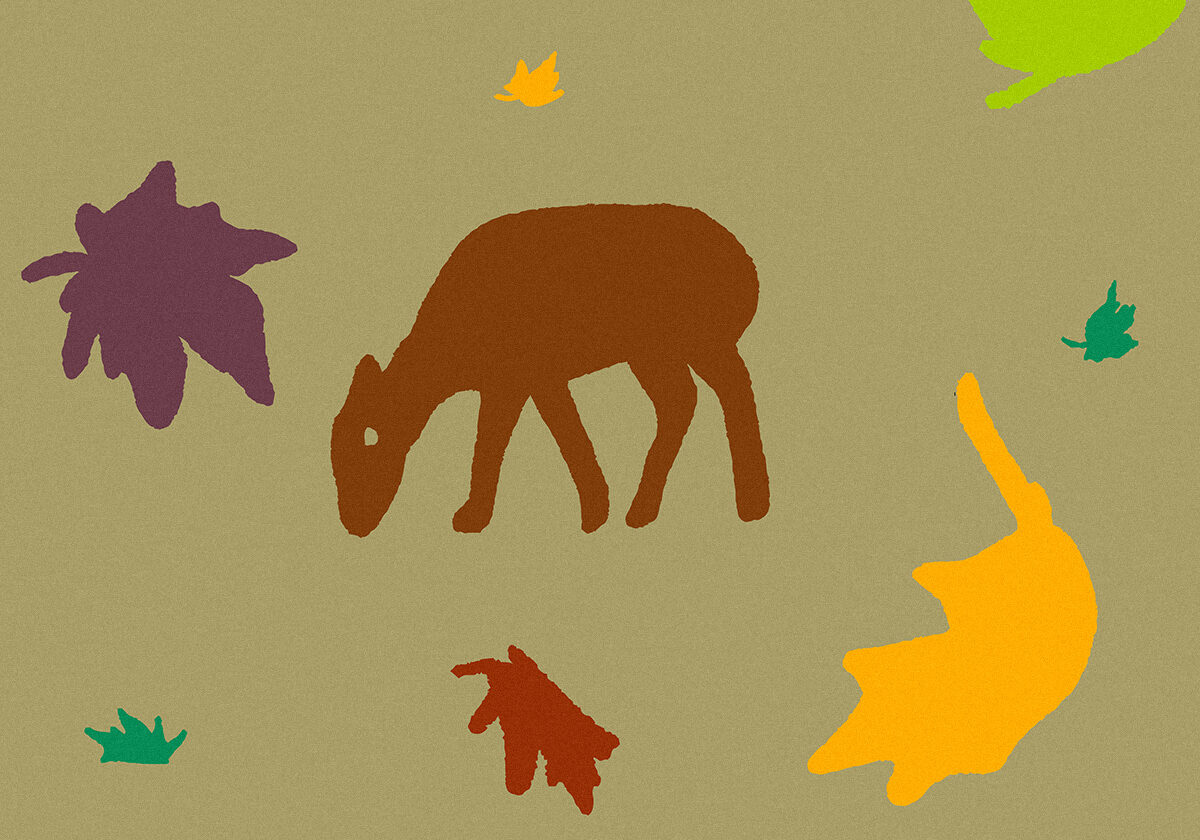 "In the months leading up to my trip, I’d become fascinated with the viral and quirky animal islands that dot Japan’s extensive coastline."

Sure, Thanksgiving was approaching, but I thought I’d beat the holiday rush, given that Japan (of course) doesn’t celebrate the American tradition. Instead, I found myself in an entirely different travel frenzy, contending with another celebration of sorts. I’d managed to inadvertently visit during the peak of Momijigari—also known as Japan’s leaf-peeping season.

Visit Japan from home with these books, movies, shows, and more →

I’d booked my flight without any solid plans in mind, but in the months leading up to my trip, I’d become fascinated with the viral and quirky animal islands that dot Japan’s extensive coastline. I was intent on IRL meet-and-greets with wild deer, feral cats, and the armies of bunnies I’d seen online. Leaf peeping hadn’t been on my agenda, but the way I’d plotted my island-hopping unintentionally synced up with the direction of Japan’s cooling temperatures and nature’s schedule. Composed of four main islands and then hundreds of smaller isles, Japan’s elongated shape meant the pathway of colder weather and changing leaves were more or less direct from its northernmost main island of Hokkaido towards Kyūshū in the south, which aligned perfectly with my itinerary. 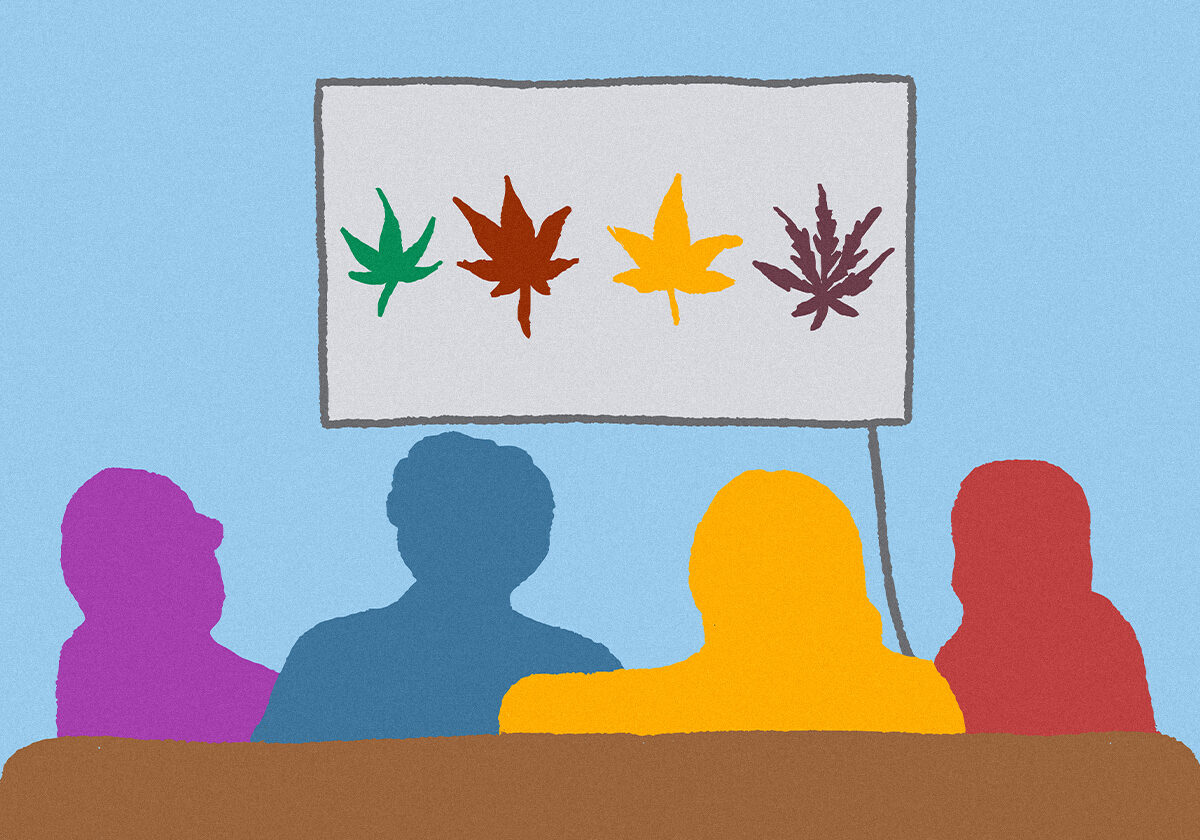 "We sat as a rapt audience to TV programming dedicated to showcasing the autumn leaves illuminated by light at night."

In Tokyo, I found myself cohabitating with a family that specially prepared vegan meals, showered me with kindness, and communicated with me via typed messages on our respective iPads with the help of Google Translate to bridge the language divide. I instantly felt like I’d found a surrogate family for my stay. Along with an afternoon spent watching Roman Holiday, we also sat as a rapt audience to TV programming dedicated to showcasing the autumn leaves illuminated by light at night.

From late November to early December, gardens across the country are open for extended hours lasting late into the evening as beech trees, ginkgos, and iconic Japanese maples begin changing shades. No elaborate cinematography necessary to make for riveting viewing: With only crystalline light projected onto the trees, the vivid colors solely come from the leaves doing all the work themselves.

Naoshima, Teshima, and the true meaning of “derivé” on Japan’s art islands → 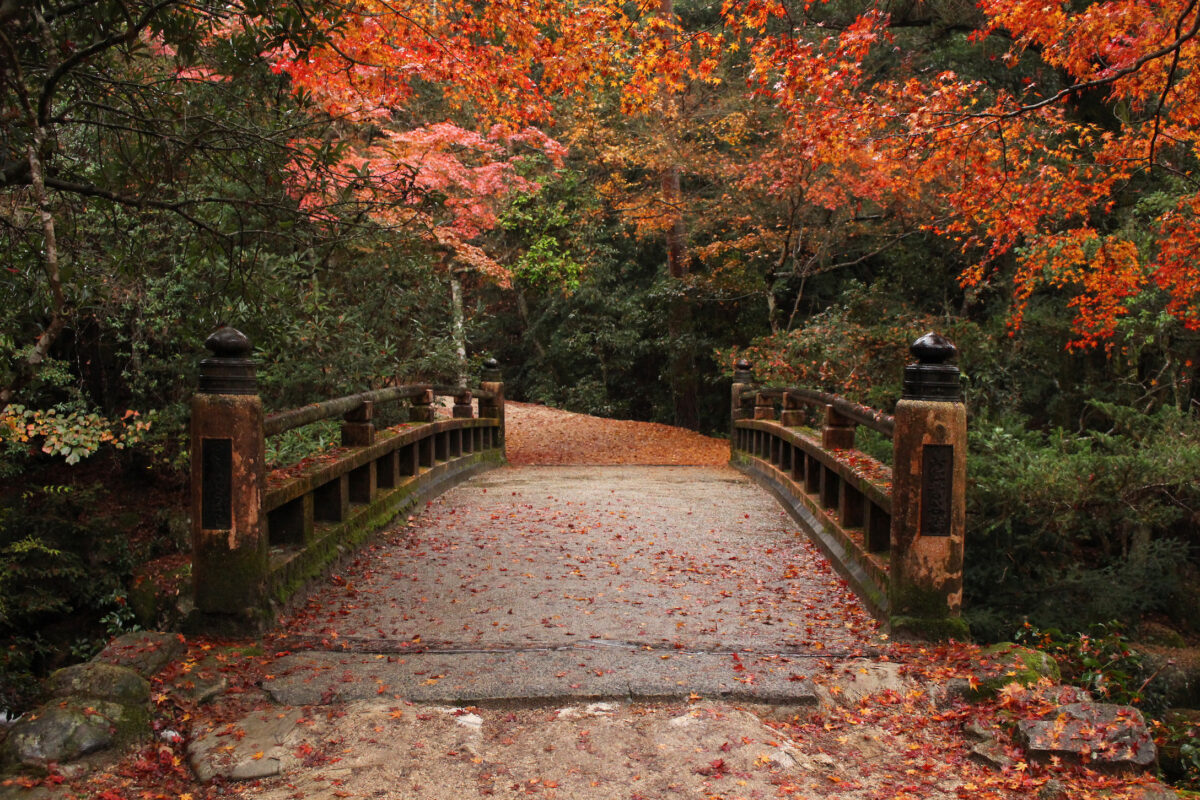 On Miyajima, an island known for its stunning wildlife and fall foliage.

Approaching Thanksgiving Eve, I journeyed on to the Hiroshima area, intent to visit an island called Miyajima known for its wild deer. In the train station, I was confronted with an array of up-to-the-minute color reports and showy displays helping travelers chart a path to maximize the fall splendor—plus, plush maple leaf mascots and other illustrated paraphernalia.

A fellow guest from California at my hostel in Hiroshima struck up a conversation and we decided to explore Miyajima together. Fresh off the ferry, we passed the elaborate Itsukushima Shrine with its buildings floating atop the calm waters and flanked by a backdrop of colorful trees. We marched over a bed of fallen ginkgo leaves so thick it was like walking on a golden carpet, and hiked to the top of Mount Misen surrounded by a rainbow array of Japanese maples that framed picturesque waterfalls. After reaching the summit, we coasted over a canopy awash in shades of scarlet, orange, and chartreuse from inside the cabin of a retro aerial gondola. Back on the mainland later that evening, we headed out to dinner with another new friend from the hostel. Over a meal of okonomiyaki (a savory pancake touted as the region’s premiere food), we marveled at how seriously the population took the leaves, and how unaware we each had been to such a seasonal extravaganza. 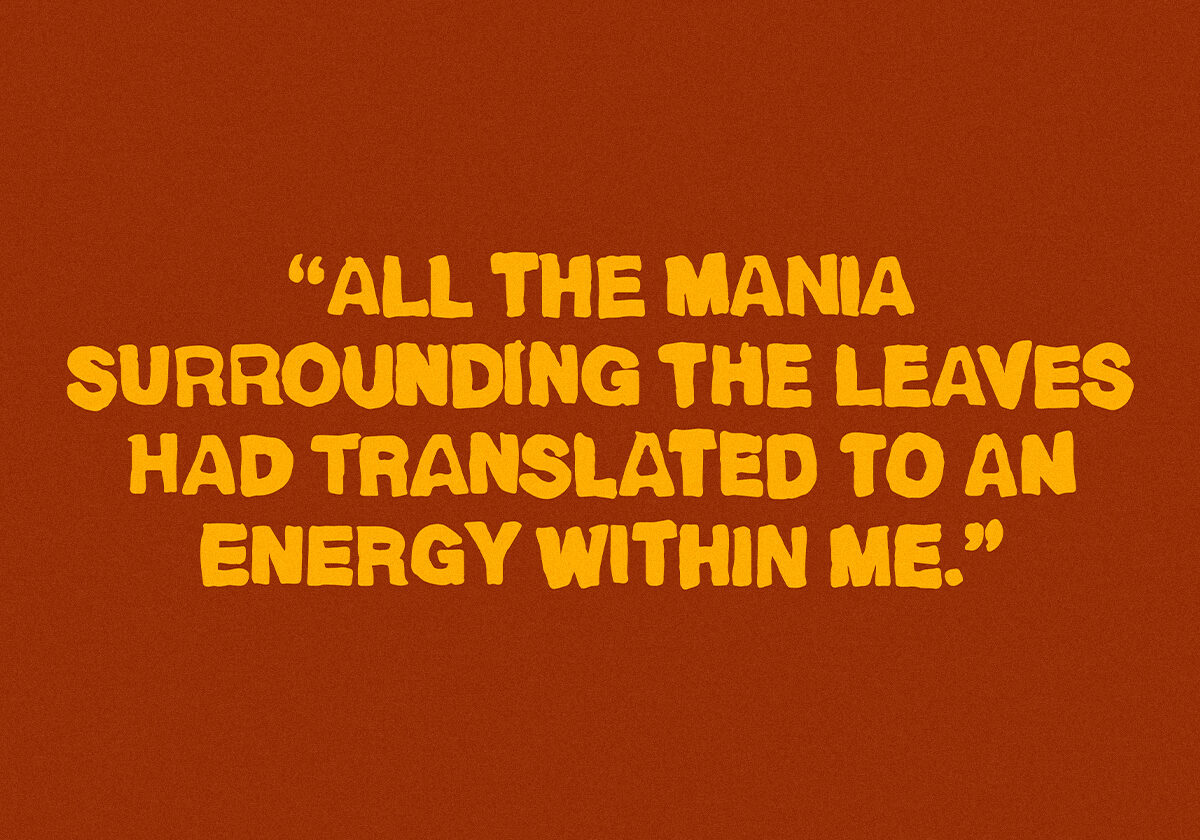 On a day when so many people in the U.S. are typically gathered with loved ones, I spent Thanksgiving Day alone, wandering around the Sandankyo Gorge in Hiroshima. It hadn’t even been on my radar until the day before when I stumbled across a photo included on a train station’s leaf-peeping signage. Lauded for its fall foliage, I’d apparently reached the Special Place of Scenic Beauty (an official government designation!) just a few days too late to catch the leaves in all their glory, but signs advertising the boat tours that had been running were still up; scheduled mid-October through late November, even the boats revolved around the leaves. Without the option to explore by waterway, I took in the remaining leaves on foot on my own. I treaded down narrow pathways and across teetering suspension bridges amid a backdrop of yellowing leaves and already-bare trees. 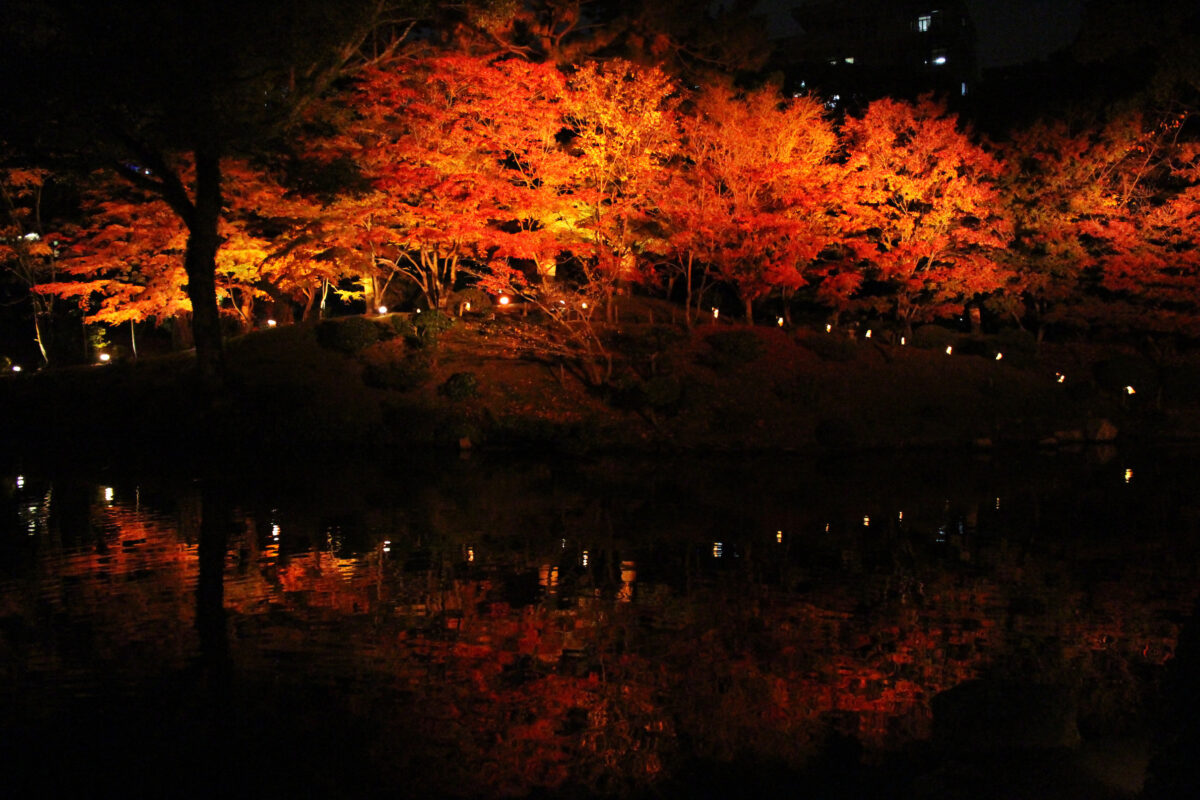 With my remaining days waning—not to mention nature’s spectacle—I headed to the Shukkeien Garden in Hiroshima later that night just after sunset. I wanted to experience the light displays I’d seen on TV with my host family in Tokyo in person.

The way the leaves were lit was as if the illumination was coming from within, like witnessing magic. It felt surreal and special and like a perfect metaphor for my visit as a whole. Instead of feeling fatigued from traveling for a month straight, I felt renewed, inspired, and uplifted. All the mania surrounding the leaves had translated to an energy within me.

The fanfare felt humorous, intriguing, and oh so wholesome, like a prevailing sense of childlike wonder among the entire population—as though I’d found a place where you don’t outgrow the simple things, but allow them to forever bring you immense joy. And with that in mind, it didn’t seem out of place to compare the maples to a fountain of youth or some kind of spell. I alternately found myself between smiling, gasping, or in stunned silence, moved by the power of the leaves. 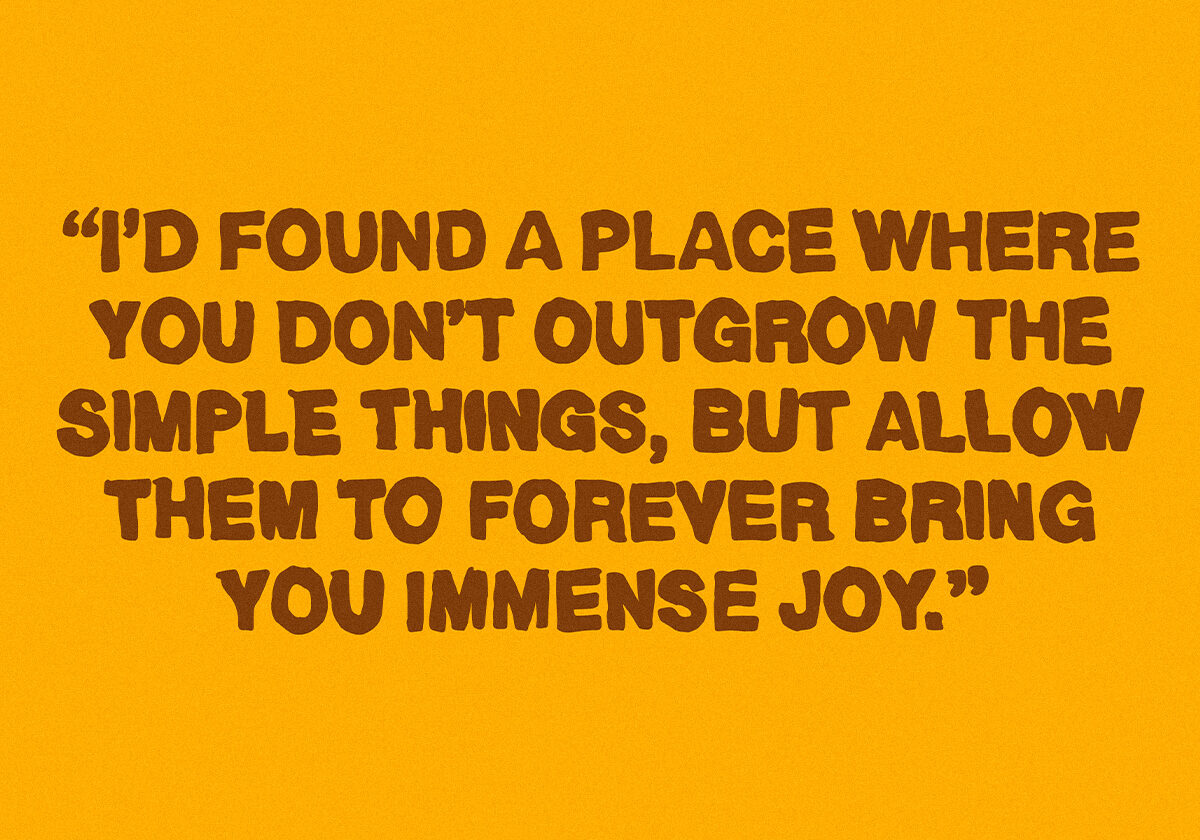 Somehow, so far removed from my familiar Thanksgiving traditions and on my own for the holidays, I felt deeply part of something. Walking alone on that Thanksgiving Day—first in the gorge and later in the gardens—felt more liberating than isolating. I felt so aware with every step forward on the trails, alive with the excitement of not knowing what was to come.

It’s that same spirit I plan to carry into the holidays this year, as I’ll be spending them alone again instead of with friends or family. Unfortunately this time around, there are no low fares drawing me to far-off places, but instead, the COVID-19 pandemic keeping me firmly in place. And although I’ve been experiencing feelings of dread more often than magic, I believe there’s still wonder, whimsy, and possibility just waiting to be stumbled upon: in the nearby outdoors, in taking on new projects, or even in the daydreams of adventures yet to come.

My trip to Japan was a practice in trusting the unknown; in having no expectations, but getting swept up in enchanting traditions by chance and circumstance. And in this new moment of uncertainty, who’s to say what unexpected magic possibly awaits?