Known for its dramatic cliffsides and towering redwood forests, this week’s travel crush is Fort Bragg, California—just 200 miles up from San Francisco.

My love affair with Northern California has been smoldering for over a decade.

It began with my 10th birthday when I forewent a traditional party in favor of a very special trip up the coast to the Monterey Bay Aquarium with my family and my two best friends. I was mesmerized by the floor-to-ceiling jellyfish tanks and the giant kelp forests, but this part of California also felt so different from my tiny, familiar corner of San Diego, about nine hours south. It was greener; the houses had more character. The coast was craggier, the air saltier. I began to understand the true appeal of California.

Fast forward almost 15 years and my passion has been stoked to a full flame, first by a trip in May to check out the growing food scene in Oakland, and now by my brother, who has recently returned from a two-week solo trip up north. Ever since he came back, he’s been bubbling (not unlike the excited 10-year-old above) about the experience of camping amongst sequoias and redwoods and winding slowly along the coast in a campervan with no agenda or expectations.

But his absolute favorite part of the trip—enough of a favorite that he excitedly shared it with me at least five times—was Fort Bragg on the Mendocino Coast, almost 200 miles north of San Francisco and Monterey Bay. The Fort Bragg that he describes is idyllic: seas every shade of blue tossing wildly against towering cliffs; seclusion from just about everything but the seabirds. My newest travel dream involves renting a car (or, better yet, a van?) and retracing my big brother’s steps, in search of the magic that is Fort Bragg. 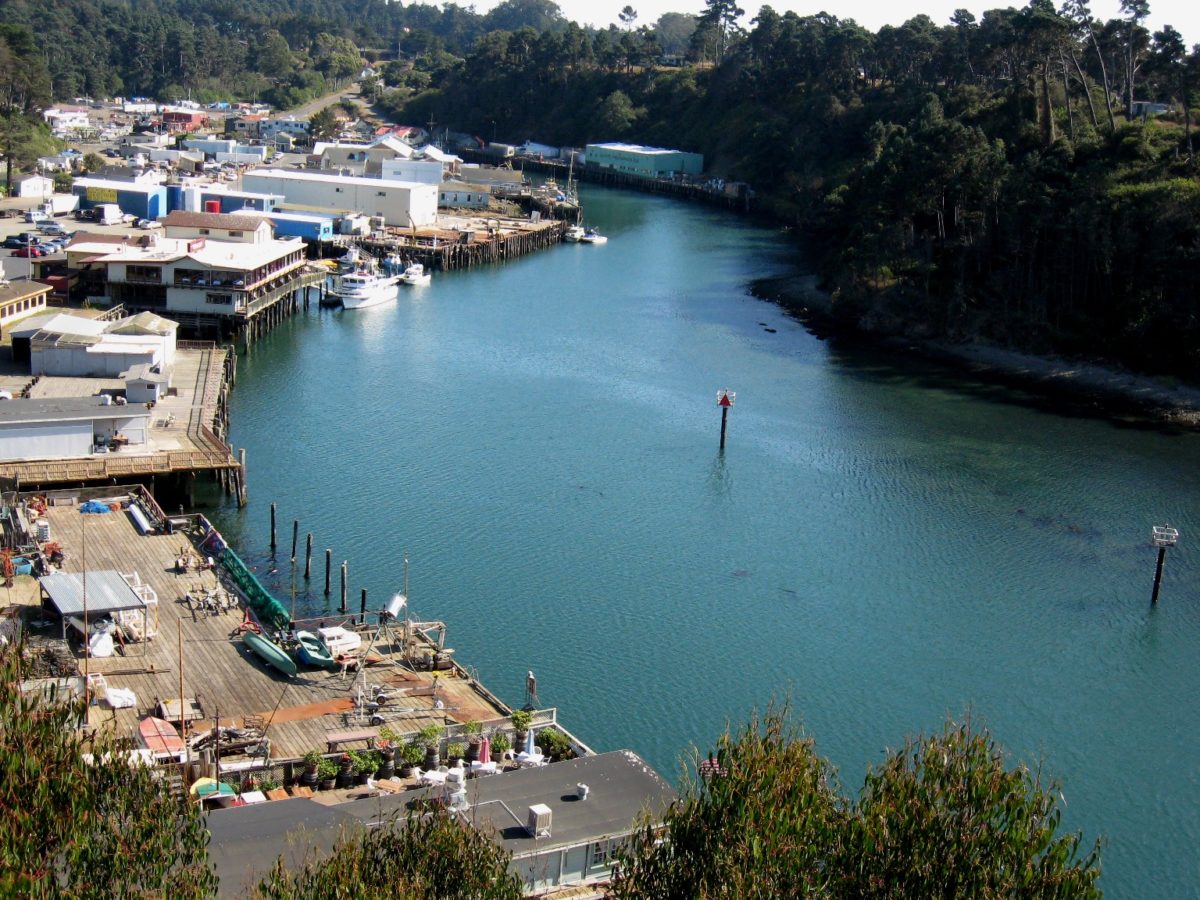 Noyo Harbor, the docking point for those looking to explore Fort Bragg by sea.

My brother spent the entirety of his trip living out of an Escape Campervan that he drove up from LA, stopping to hike and sleep in different parks along the way. I would love to do the same—but if my camping skills threaten to fail me (very likely), I can always head to Fort Bragg’s Noyo Harbor Inn, which boasts views of both Noyo Harbor and Noyo River and just underwent a massive renovation. 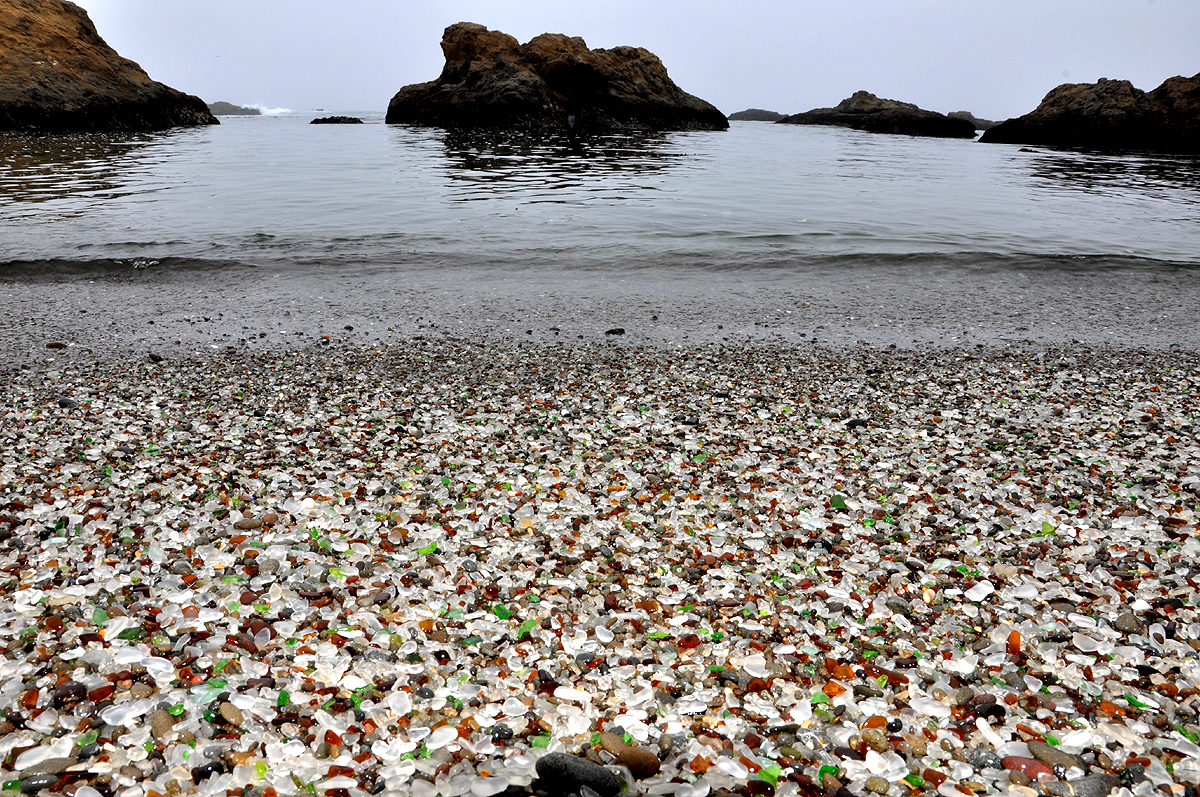 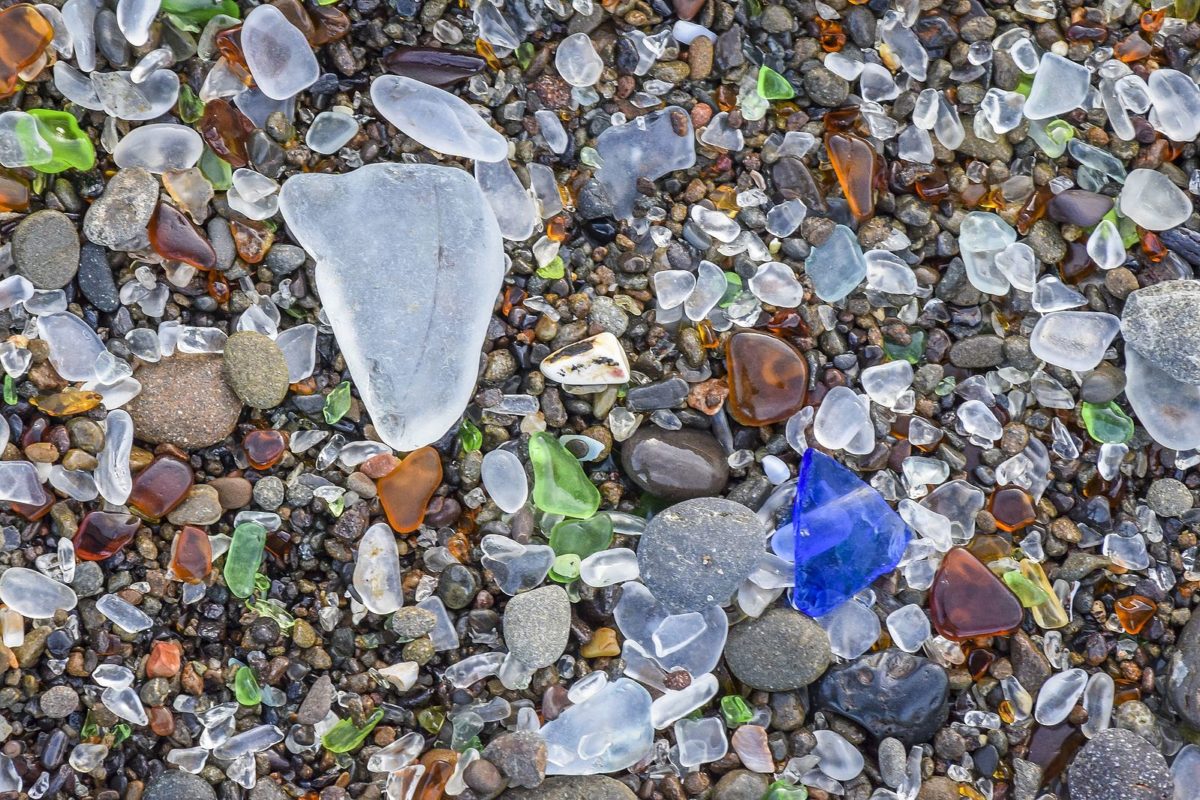 Years of erosion by the ocean transformed broken glass bottles into the smooth, colorful stones that now blanket the sand.

My fire metaphor above is apt, considering the huge swathes of Northern California that have burnt partially as a result of climate change-induced drought. While in Fort Bragg, I’d love to link up with an organization like The California Forest Foundation to see if they have any opportunities to plant trees in the surrounding forests and help support the process of reforestation. And I’ll of course head to the famous Glass Beach near MacKerricher State Park, known for the colorful sea glass that blankets the sand. But from what my brother has to say about the place, it’s best experienced sans itinerary—just you, the Fort Bragg redwoods, and all the time in the world. 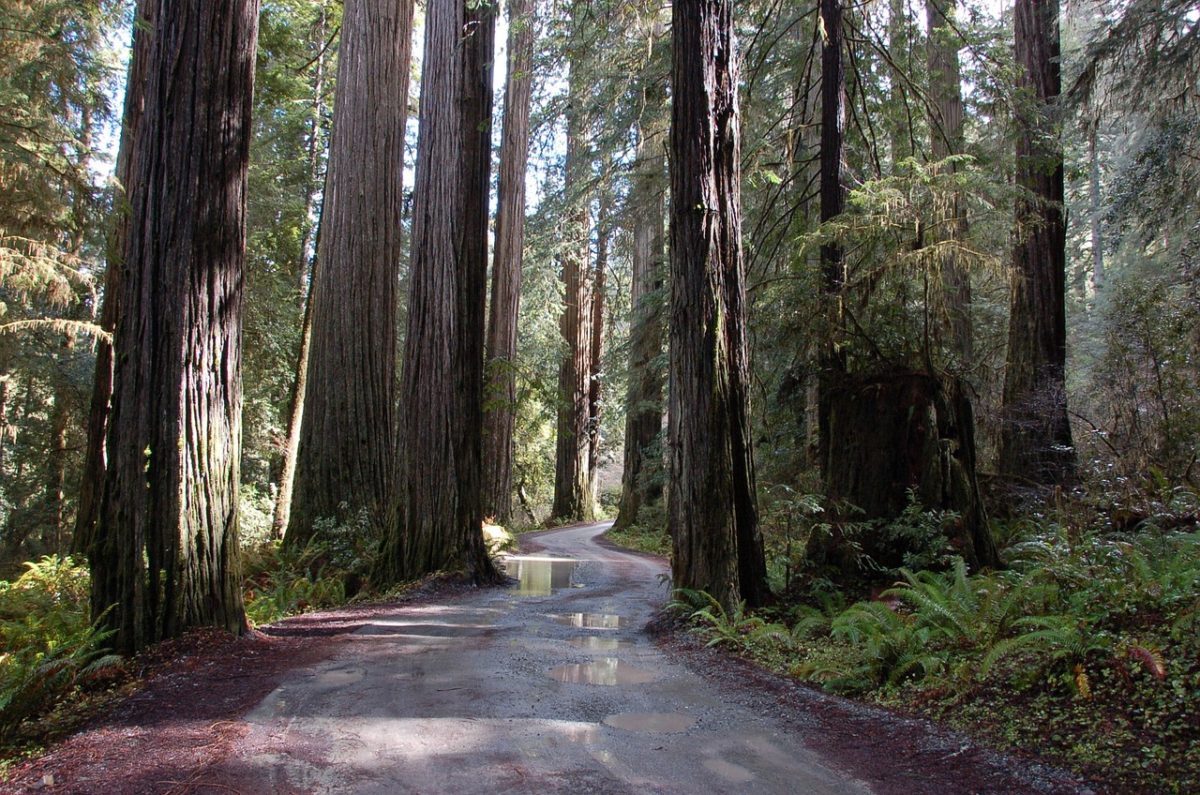 Journey through the towering redwood forests common to Northern California.

Escape campervans have built-in kitchens (*hold for applause*) so I can cook for myself, even out in the forest! But when I inevitably tire of eating beans and franks or whatever it is those outdoorsy types like to enjoy under the stars, I’ll head to Sea Pal Cove, a no-frills fish and chips shop with clam chowder made from a family recipe. Don’t worry, I didn’t forget dessert: At Cowlick’s Ice Cream, I’ll sample treats that are made with locally foraged candy cap mushrooms. It doesn’t get more NorCal than that.