Ironically, San Diego’s lazy, sun-dappled beach vibes tends to overshadow its livelier side. The city is comprised of distinct neighborhoods sprawling waterfront, hills, mountains, and canyons, and those willing to negotiate its tangle of freeways can discover an array of awesome things to do: from top-notch dining, unique brewery culture, endless outdoor recreation—and a passionate and dynamic arts scene.

Visitors (and admittedly, locals) to America’s Finest City are often surprised by San Diego’s diverse arts scene. “Art opens dialogue across countries and cultures,” explains Deborah Klochko, Executive Director of the city’s Museum of Photographic Arts, and this is a key component of what makes art in San Diego so prismatic.

Outdoor art across San Diego’s neighborhoods include colorful painted murals in North Park, and sizable sculptures from East Village to Little Italy, and there’s also the perennial San Diego Art Museum that should be on any traveler’s list.

But these three art institutions below may have been left off your radar, and reflect the SoCal city’s inclusive approach to art, offering a primer to appreciating its broader arts scene. 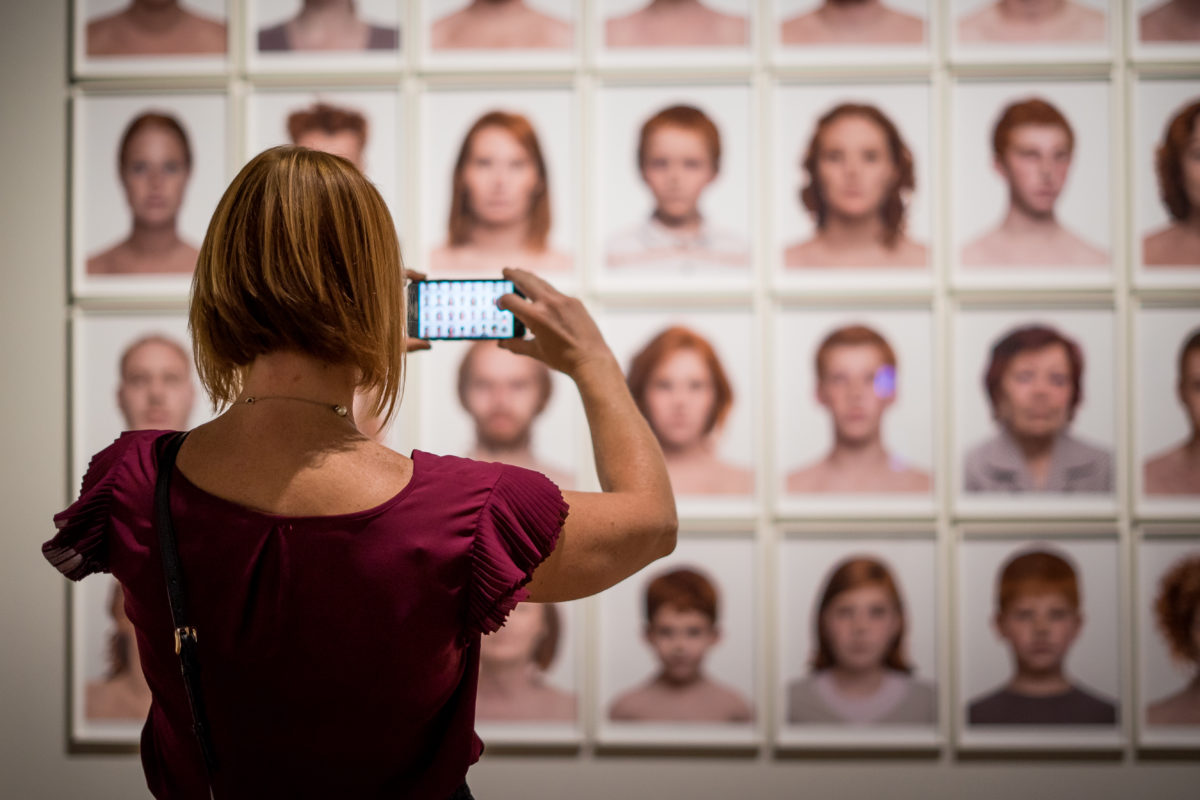 The Museum of Photographic Arts opened its doors in 1983, and is one of the few institutions in the world devoted solely to photography. Photo by Holly B. Rains.

Situated within Balboa Park, MOPA expands the scope of photography and film beyond prevailing Euro-centric perspectives. Rather, MOPA seeks exhibitions by contemporary artists from the Pacific Rim, which the museum considers south of San Diego, from Mexico through Central and South America, and north to Canada. Australia, New Zealand, the Pacific Islands, Southeast Asia, China, Japan, Korea, and Russia are also focal points. This means MOPA visitors are often treated to works by artists who have yet to debut anywhere else in the U.S., such as Justine Varga and Jacky Redgate.

Interact with analog and digital technologies throughout the museum’s permanent and rotating collections. In Hidden Worlds (through January 2020), peer through a stereoscope to conjure images of the fictional Mountains of Kong, or zoom around an expansive screen to view intricate, high-definition details of insect anatomy. 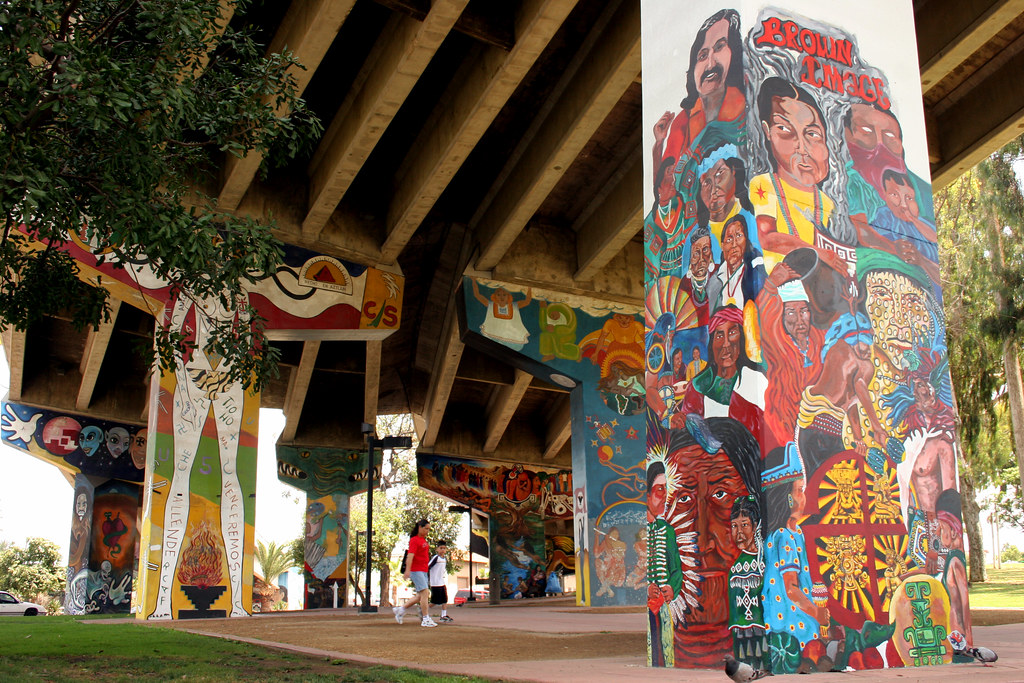 The outdoor murals of Chicano Park in the Barrio Logan of San Diego. Photo via Flickr.

Here’s a tip: Maximize your time in the area with a self-guided art crawl by adding nearby La Bodega Gallery and the outdoor murals of Chicano Park to your list. You can fuel up with eats and treats along the way (see: rolled tacos at Las Cuatro Milpas, five variations of chilaquiles at El Carrito, and horchata or a mazapan latte at Por Vida). 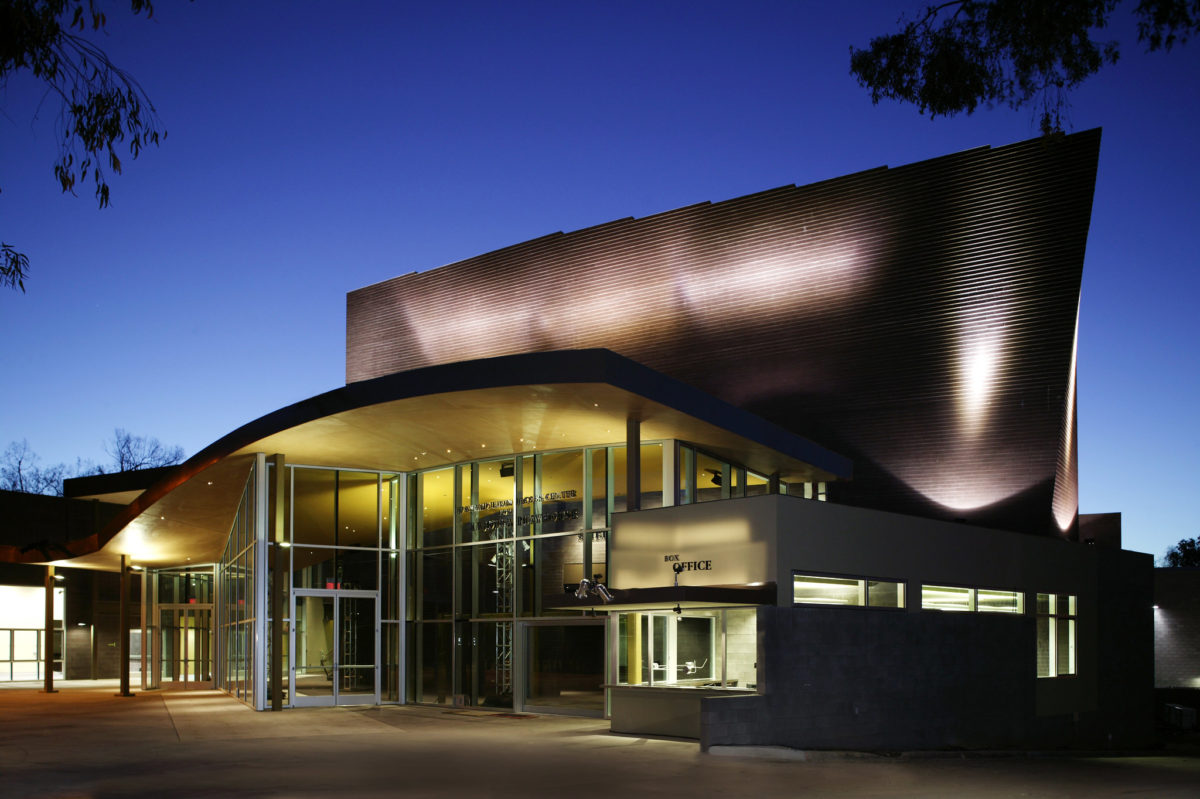 Venture to La Jolla Playhouse for cerebral yet entertaining performances. Programming ranges from performances like the comical Kiss My Aztec! about the Aztec resistance during Spanish conquest to the redemptive father-daughter narrative in Cambodian Rock Band. La Jolla Playhouse’s annual WOW Festival encourages creative expression that challenges the boundaries of traditional theatre using San Diego’s outdoor spaces as a canvas for a variety of immersive experiences. The festival typically spans four days across the surrounding Arts District of Liberty Station.