On this week’s travel crush, one editor dreams of the future in Shanghai, China.

When I’m not working, I’m probably doing one of three things: (a) cooking, (b) moping about the ongoing pandemic, or (c) playing video games. For better or for worse, 2020 has given me the chance to do a whole lot of (c).

I can’t say I’m necessarily proud of the number of hours I’ve dedicated to paying off debt to a cartoon tanuki in Animal Crossing (capitalism, but make it fashion!) or losing myself in the vast landscapes of Breath of the Wild. But what I can say is that gaming has been a welcome escape, and, in some ways, has taken the place of travel in a year when there’s been next to none.

VR headsets and seven other unique gifts for travelers in 2020 → 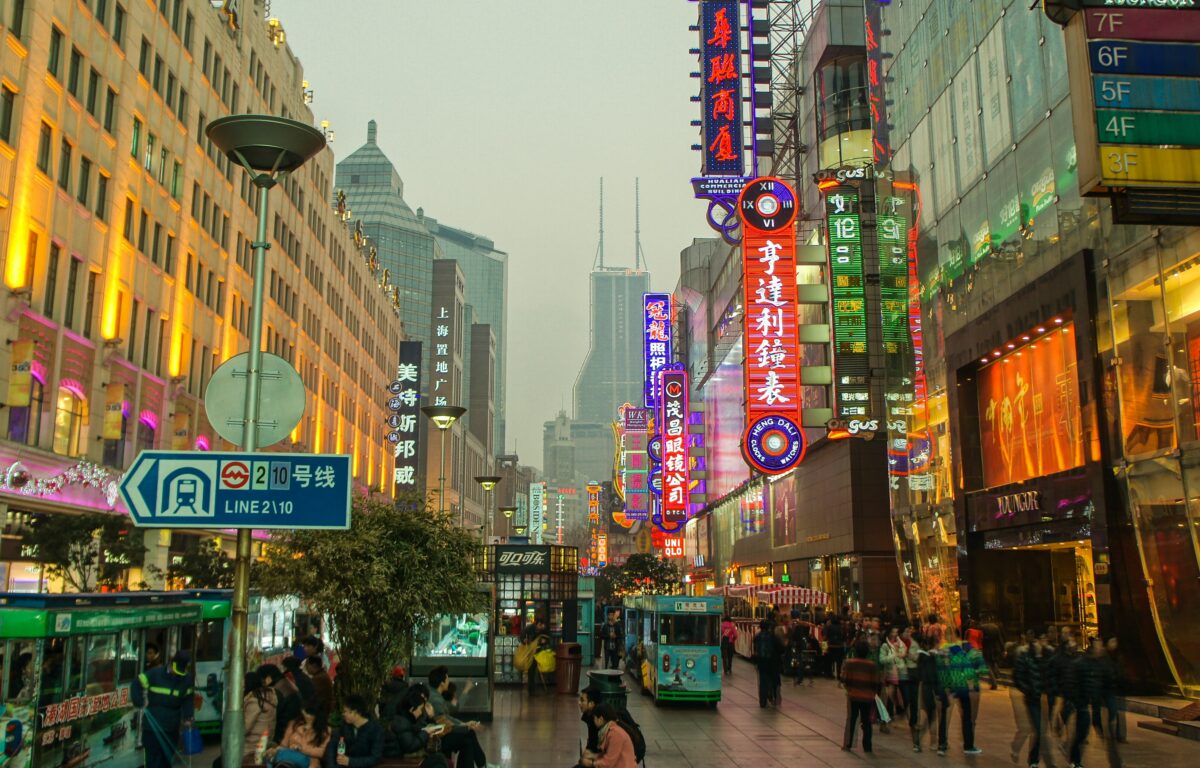 Now like every other absolute nerd on the planet, I’ve been dutifully waiting for the release of Cyberpunk 2077, a role-playing game set in—you guessed it—a cyberpunk city in the year 2077. The game debuted this week nearly eight years after its initial announcement and, despite all the bugs and glitches, I’d say that the general atmosphere has delivered so far. In other words, as soon as I finish writing this, I’m off to dive back in.

But before I go, the release has gotten me thinking: What real-life cities most closely resemble the immense, neon-lit metropolis featured in the game? I’ve scoured the forums, and while there are plenty of places that make the list, one stands out above all else: Shanghai, China.

A few members of the Here team visited in 2019, and I’ve dreamt of making my own trip ever since. With electric scenery, a technologically-infused daily life, and an almost incomprehensibly vast, sprawling cityscape, I suspect I’m not the only one who’ll have a keen interest in visiting once video games no longer have to stand in for Earth IRL.

Check out our full weekend guide to Shanghai  → 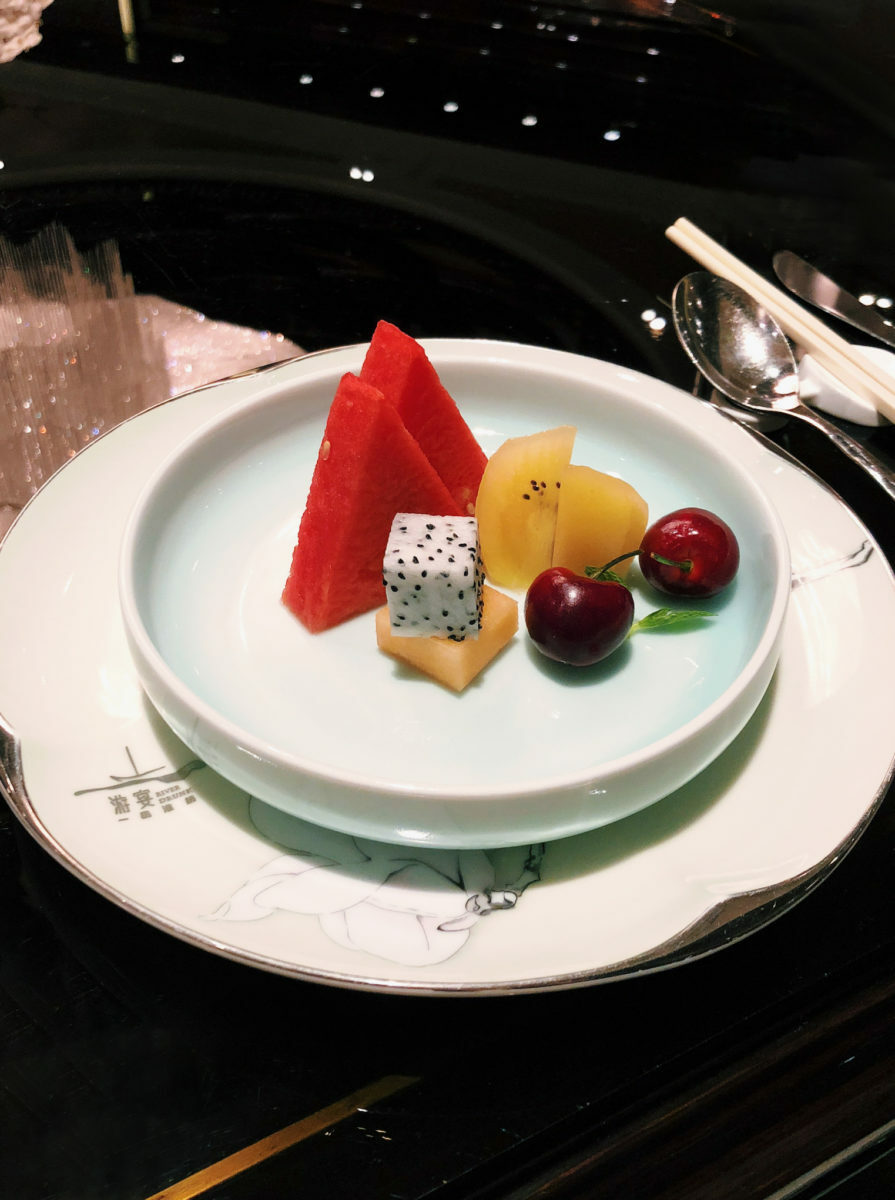 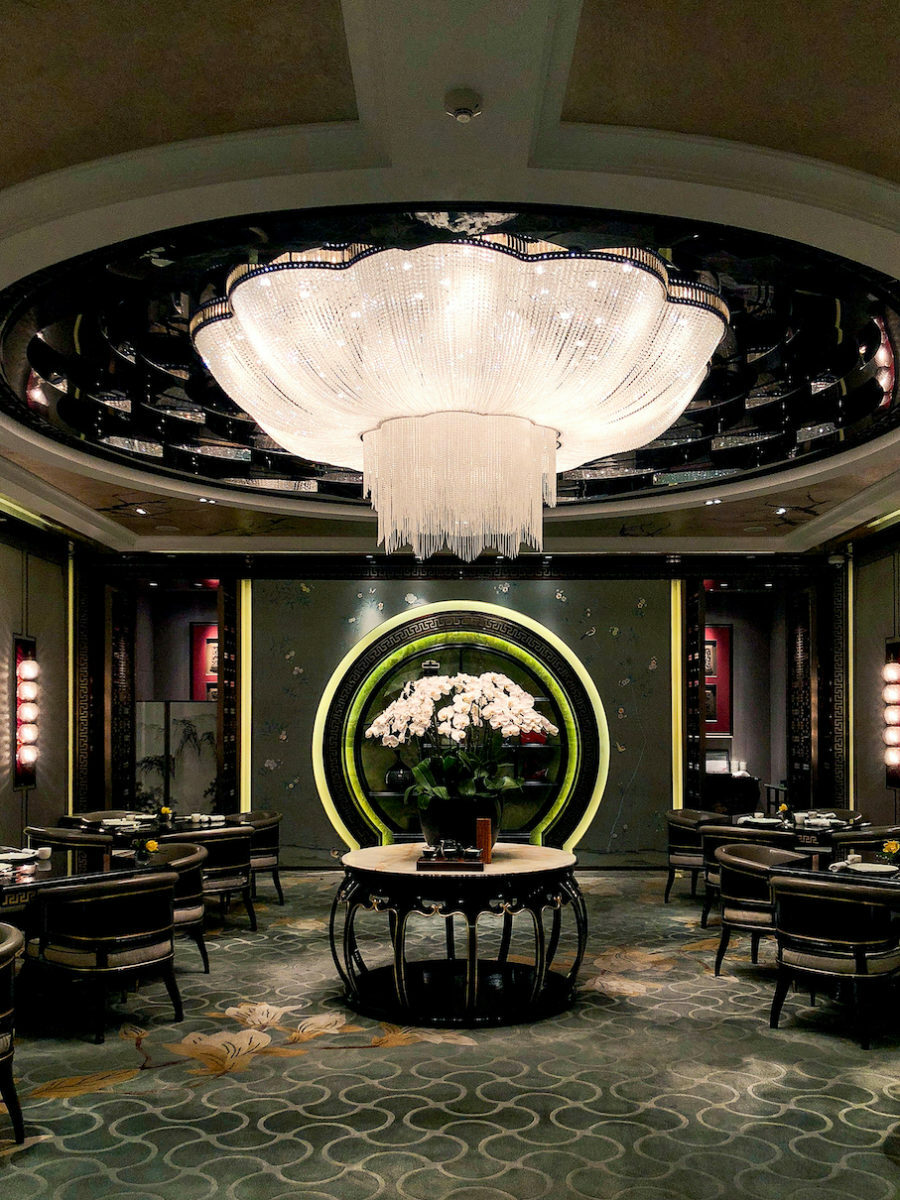 And where better to enjoy sculptural fruits in than the main dining room of the hotel's Michelin-recommended restaurant, River Drunk? Photo by Chloe Scheffe.

A Room with a View and Aesthetically-Pleasing Fruits!

Call me biased, but I trust the Here opinion! I’ve had my eye on the Wanda Reign ever since Chloe Scheffe’s 2019 review—if not for the impeccable design and views of the Huangpu River, then definitely for aesthetically-pleasing geometric fruit platters. (The future is now!) 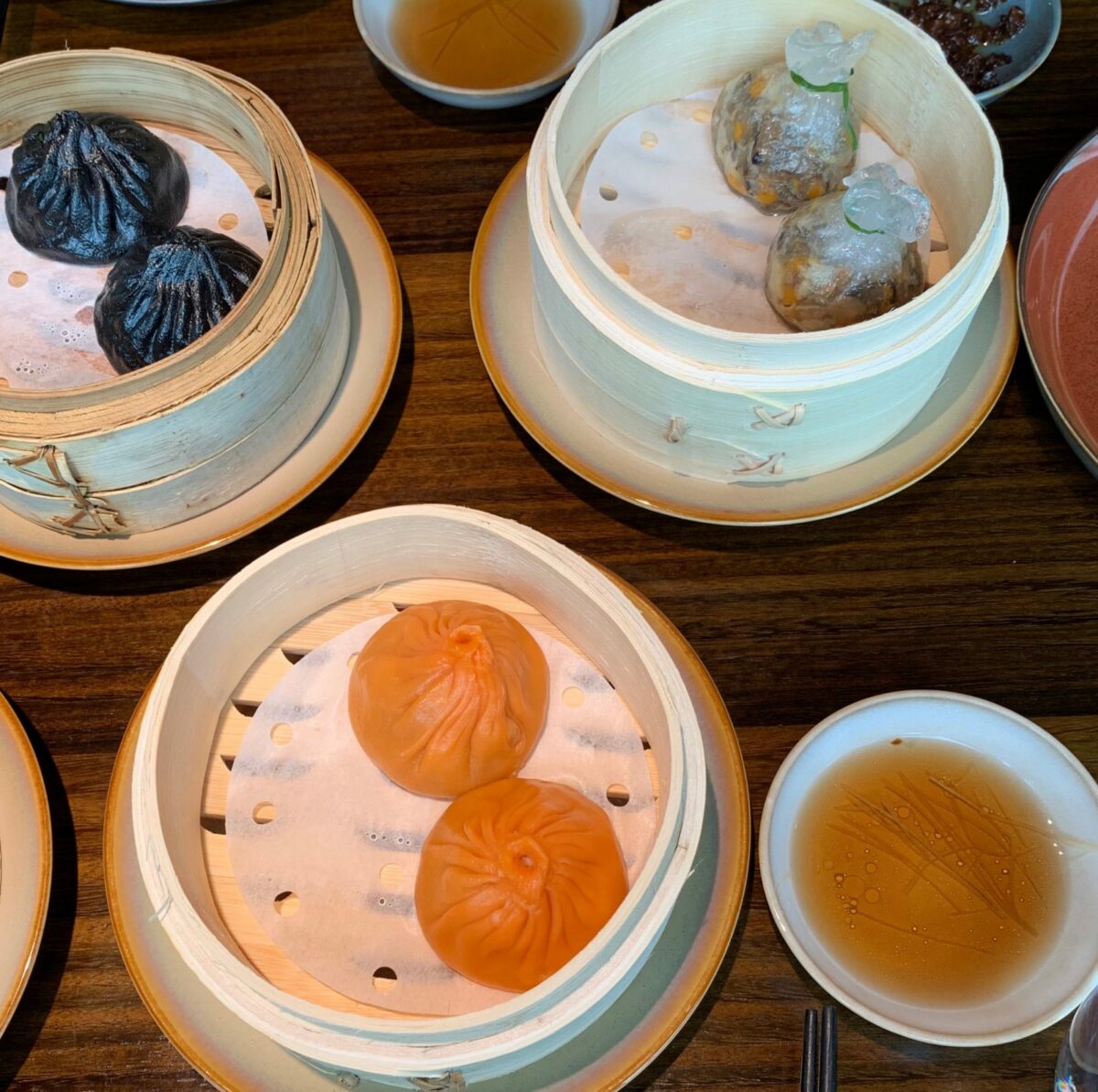 Shanghai's xiaolongbao—and especially those at the Middle House Hotel—are the first thing on my post-quarantine to-eat list. Photo by Emma Glassman-Hughes.

The thing about huge cities is that it’s next to impossible to pick a place to eat. Living in New York City, I can verify this to be true—so I can’t even imagine what it must be like to try to choose in Shanghai, which is about eight times as big as the Big Apple. Still, on my shortlist: Middle House Hotel’s Sui Tang Li Restaurant for xiaolongbao (dumplings), Wei Xiang Zhai for noodles drizzled in a savory sesame sauce, and a grand adventure in street foods with UnTour Food Tours. (Also important: the art of the Shanghai speakeasy crawl!) 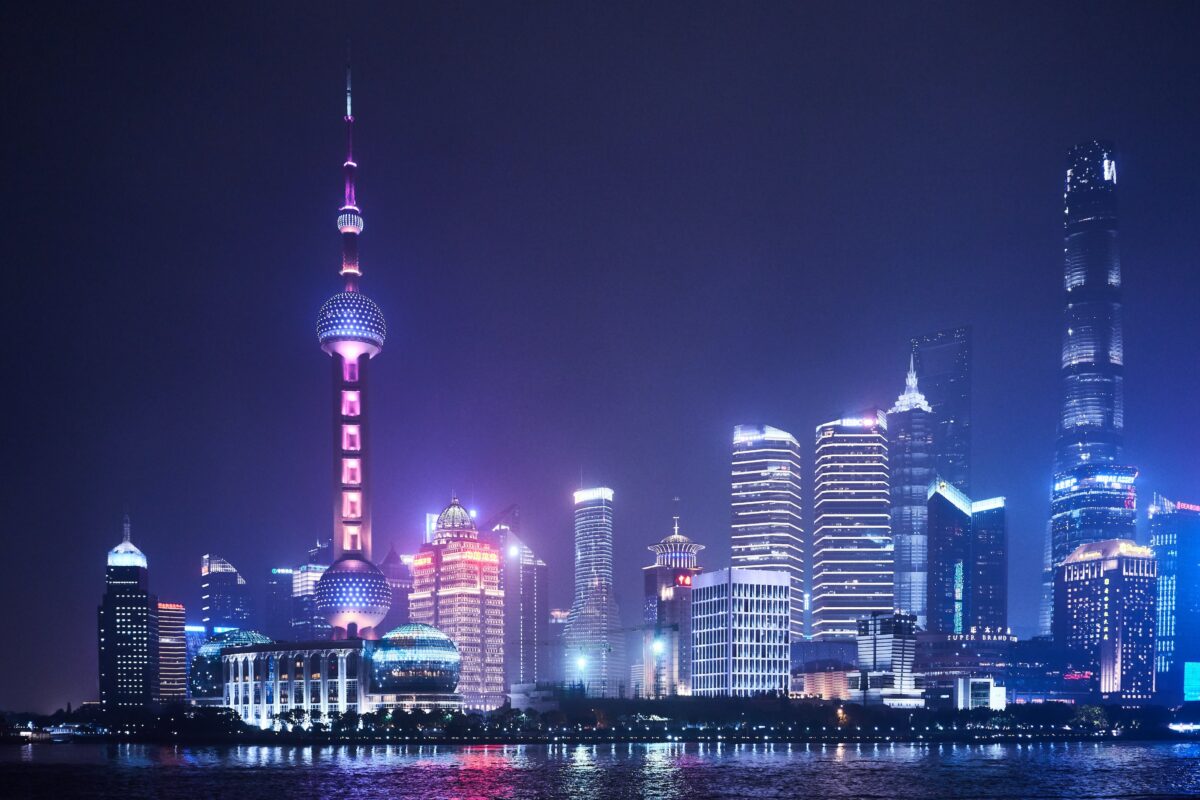 Life by the Bund

I’m a big proponent of the travel philosophy that sometimes, the best way to settle into a place is simply by walking around—and after a very sedentary year, it would be my absolute pleasure to take a long, slow stroll along the Bund. The boulevard that snakes through Shanghai’s center alongside the Huangpu River comes with ample entertainment of its own: a harmonious blend of futuristic skyscrapers and antique architecture, boats sailing along the water, crowds from all walks of life, and enough hustle and bustle to make up for all I’ve missed out on this year.