There are certain places—show-stopping hotels, award-winning restaurants, local dive bars, or incomparable vintage shops—that are worth planning your whole trip around. The Middle House Hotel’s Sui Tang Li restaurant in Shanghai, China, is one of those places—particularly for their dumplings.

When I saw hairy crab xiaolongbao on the menu at Sui Tang Li in early spring, my heart leapt. I had spent the last week in Shanghai hearing from just about everyone that I had missed hairy crab season (though, coincidentally, only by a hair—they’re most abundant in the fall and winter), and that I’d have to come back if I wanted a taste of the local favorite. Tragic as it was, I conceded that my chances of trying this delicacy were slim.

But my shellfish fairy godmother clearly heard my lamenting, because there it was: Hairy crab had finally appeared on my lunch menu. And, as much as I’m an advocate for seasonal eating whenever possible, I’m also an advocate for soup dumplings. And shellfish. And soup dumplings filled with shellfish. Plus, when the chefs at Sui Tang Li dangle a basket of xiaolongbao stuffed with highly coveted crustacean in your face, you eat it—in season or not. My priorities had made themselves clear.

The xiaolongbao come out steaming—plump in stature, their rice paper wraps a tantalizing burnt orange color—practically daring you to down them all in one bite.

Not only will the roof of your mouth require a complete graft in order to heal from third-degree burns, but these dumplings have earned your dedicated time and devotion.

Irrespective of your chopstick skills, each dumpling rests cherub-like on your spoon, your first nibble revealing an exhale of steam that is faintly fishy and utterly intoxicating. A modest slurp from the puncture wound invites the first real taste of the soup: rich and luscious like melted butter, sweet and tangy like a perfectly ripe tomato, with the delicate maritime taste of a mostly freshwater crab native to the waterways of eastern China.

I feared so much the possibility of forgetting what it felt like to eat one that I forced my dining companion to take a photo of me with my hairy crab xiaolongbao. Though it may not have been seasonally appropriate, I will cherish those memories forever. But, like, can I at least get points for eating local?

Shanghai is celebrated as one of the world’s most exciting culinary scenes, but it’s especially famous for xiaolongbao (what we call soup dumplings in English), which originated in the surrounding region of Jiangnan. “Xiaolong” refers to the small basket made from woven bamboo that the bao, or bun, is steamed in. Traditionally, xiaolongbao has a pork filling, and can be found in Shanghainese restaurants of all types, from street food vendors to Michelin-starred hotspots. At Sui Tang Li, the product is an elevated take on a classic, showcasing the range and style of Shanghainese cuisine.

You’re seeking modern and exciting Chinese dishes in a relaxed but upscale ambiance. Other dishes that we tried included xiaolongbao stuffed with pumpkin and porcini, jade shrimp, and black truffle, plus an udon lobster soup. All were tasty!

The hairy crab xiaolongbao will cost you ¥52, or $7. Most entrees run between ¥100 and ¥300, with the exception of the slow-cooked Australian Wagyu beef rib, which comes in at a modest ¥688. 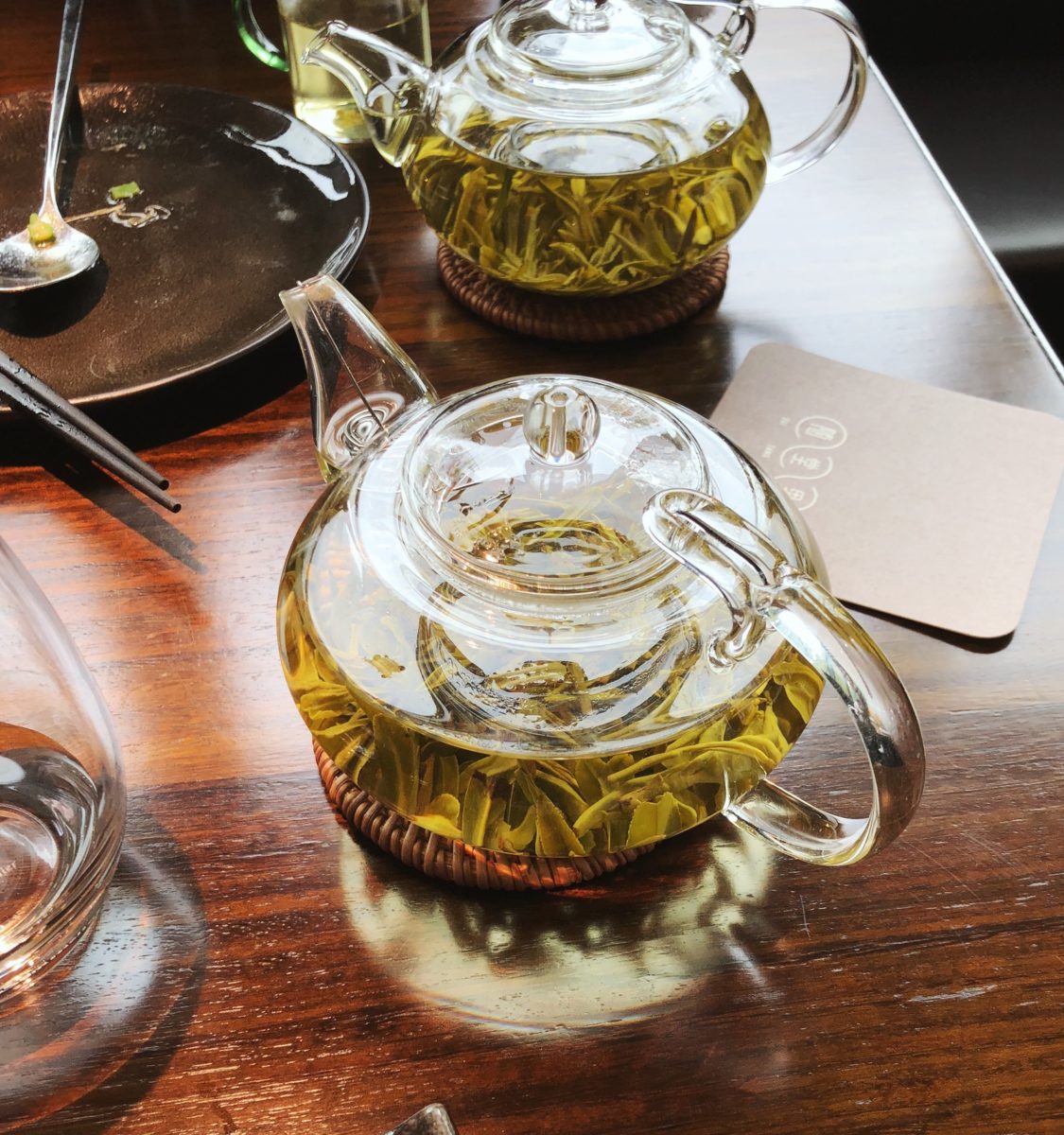 Wash down your soup dumplings with some soothing green tea, served in elegant clear pots. 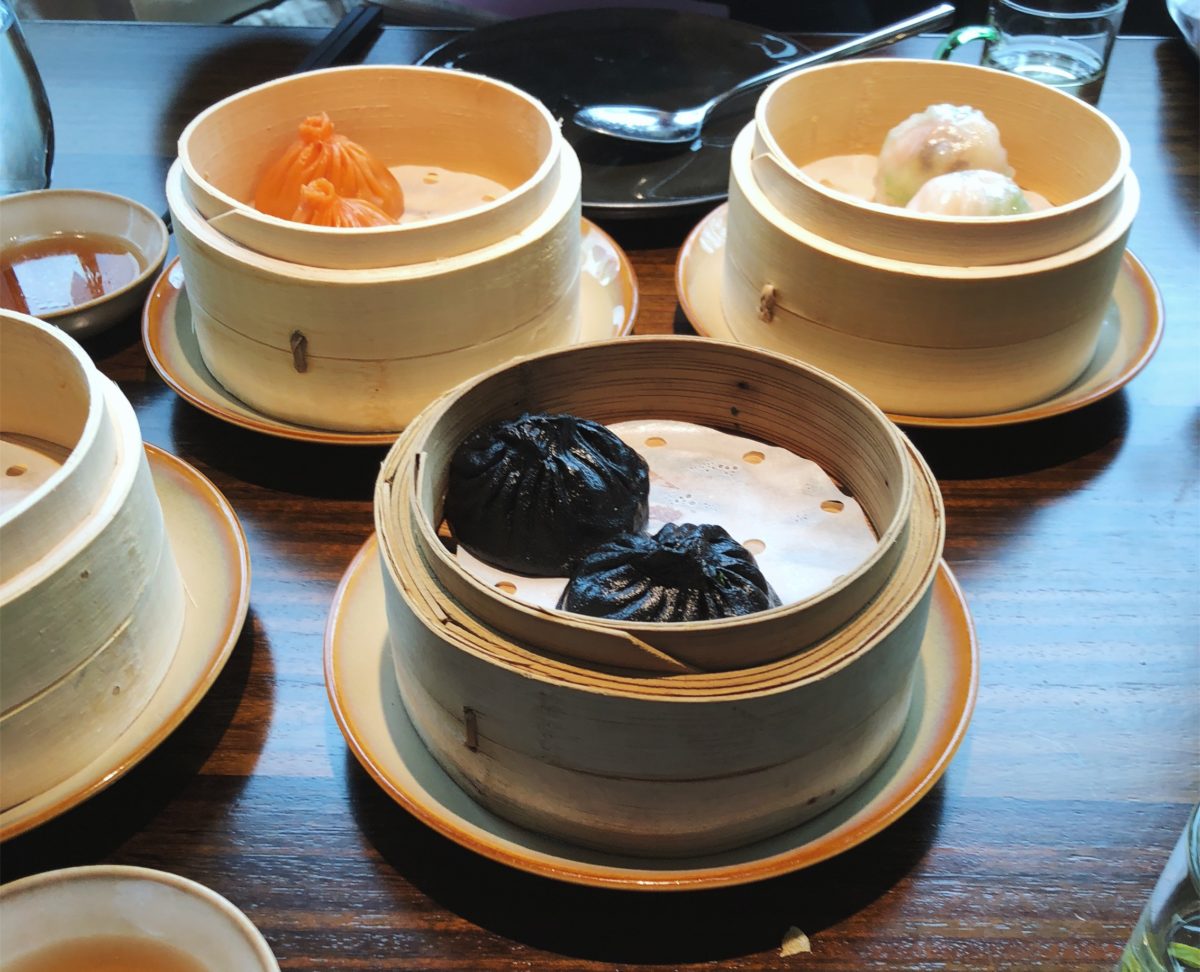 Our dumplings smelled so good that we ate one of each before we thought to take any pictures. Oops!

Sui Tang Li is the contemporary Chinese restaurant at the Middle House, a Preferred Hotels property, located downtown near the city’s largest shopping street, Nanjing West. Expect a stylish bunch of diners who aren’t afraid to stuff their faces.

Order the pumpkin and porcini and the jade shrimp on the side because, you know, variety.

As a hotel, the Middle House is a delight; the rooms are on the smaller side but they’re sophisticated and sensibly sized, considering the density of the city’s population (26 million!). A walk around the surrounding neighborhoods—astoundingly peaceful for being just a few blocks away from busy, hyper-commercial Nanjing—is a great way to connect with this pocket of the city.