On this week’s travel crush, we chow down in one of the world’s best cities for vegans: Palma de Mallorca, Spain.

In early 2020, I reached an important personal milestone: As of March 1st, I’ve gone ten years without eating poultry, beef, or pork. Going meat-free sounds daunting, but isn’t as difficult as it seems. Once you make it over “the hump” (for me, it was about one month), the sense of burden falls away and the change simply becomes everyday life. Now at the decade mark, I see a new goal on the horizon: cutting out fish, dairy, and eggs, and embracing veganism.

During the coronavirus pandemic, we’ve had time to pause, take stock of our society’s values, and—hopefully—learn from our mistakes. As much as we express the desire to “go back to normal,” it’s important that we avoid doing just that. Once the time to rebuild arrives, it’s on us to make concrete plans to better our world—and reducing our meat intake is a great place to start. 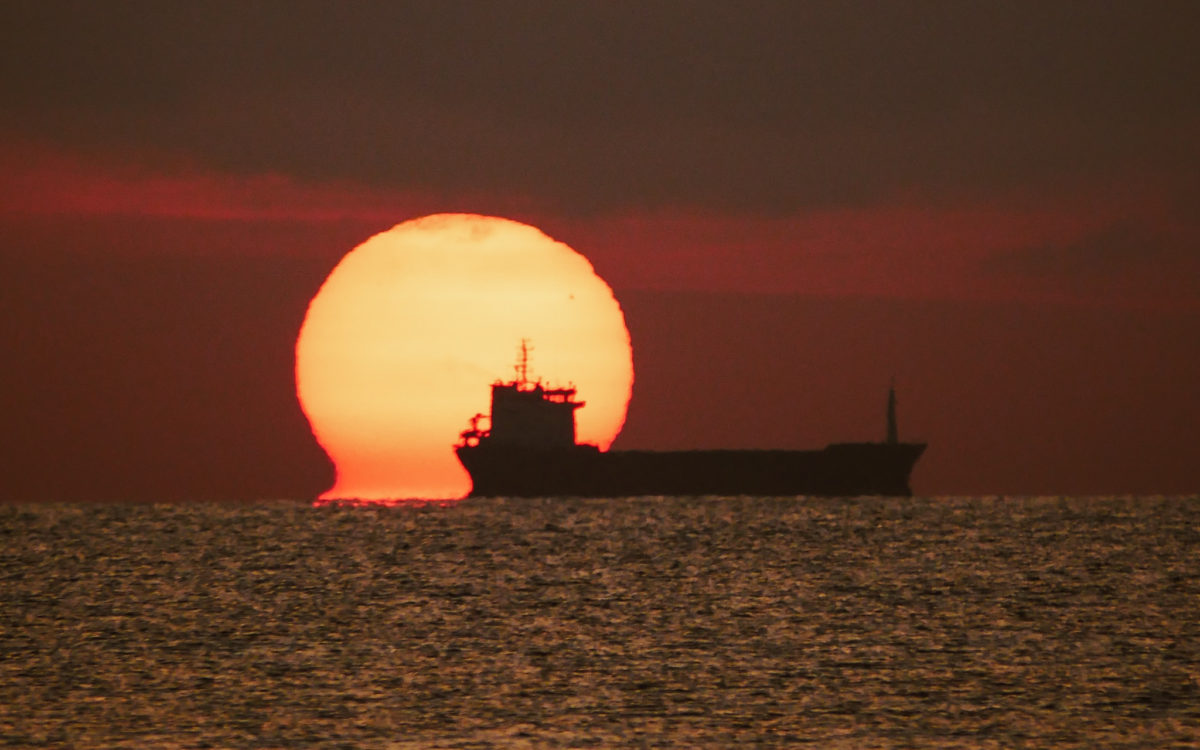 Cities like Palma de Mallorca serve as an example of how communities can make plant-based lifestyles the standard. Photo by Maurits Bausenhart.

In religions like Hinduism, Buddhism, and Jainism, the limited consumption of animal products has long been the norm. Recent years have seen the plant-based lifestyle expand to become common worldwide, and for a number of good causes: continued religious adherence, animal welfare advocacy, and the fight against climate change, to name a few.

Even with brands like the Impossible Burger and Beyond Burgers working to satiate our taste buds and make veganism more accessible, skeptics—often reluctant to change or turned off by, er, passionate groups like PETA—continue to assert that a broadly vegan world is next to impossible. But it can (and should) be done!

This week, I’m looking at Palma de Mallorca, Spain, as a case study for how veganism can prevail, even in a carnivore-centric world. Although Spanish cuisine is notoriously meat-heavy, the capital of the Spanish island of Mallorca still ranks as one of the world’s best vegan getaways. 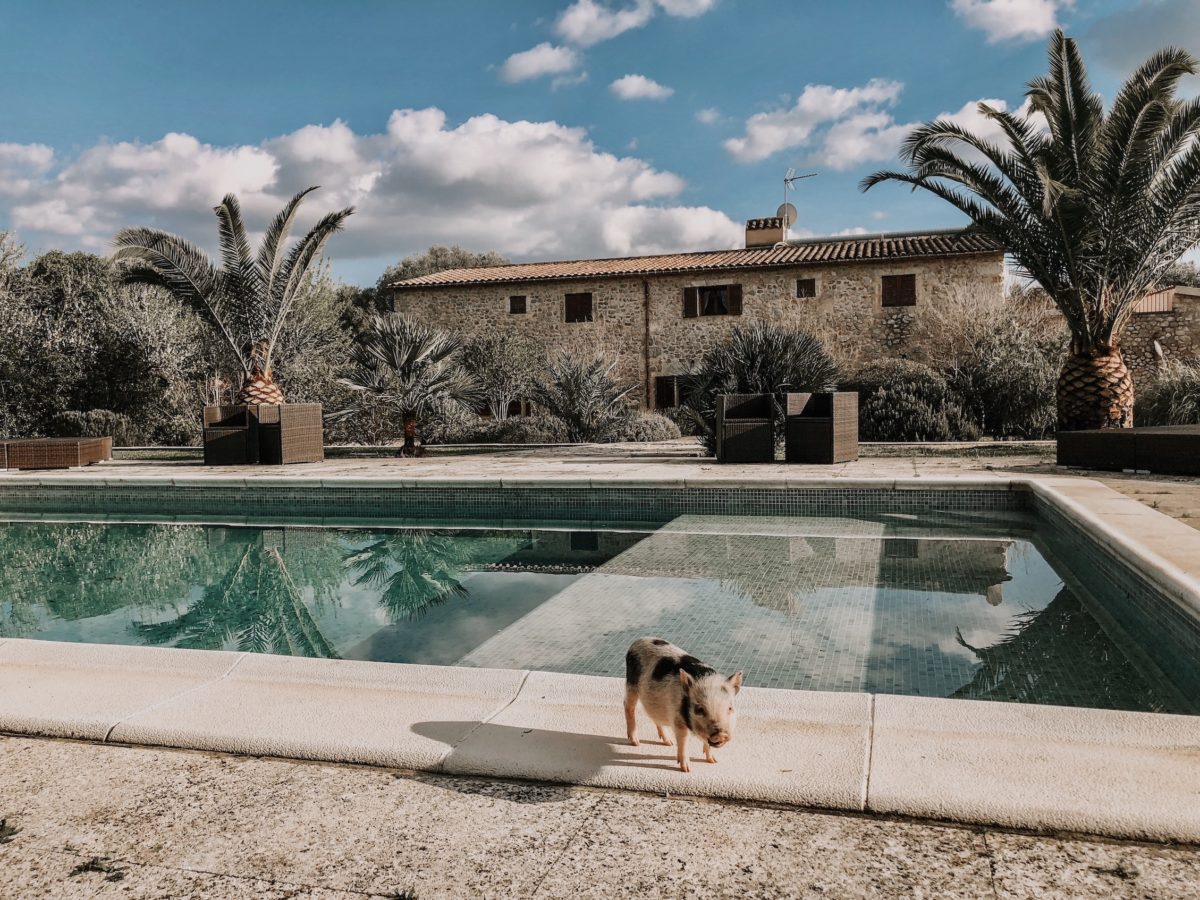 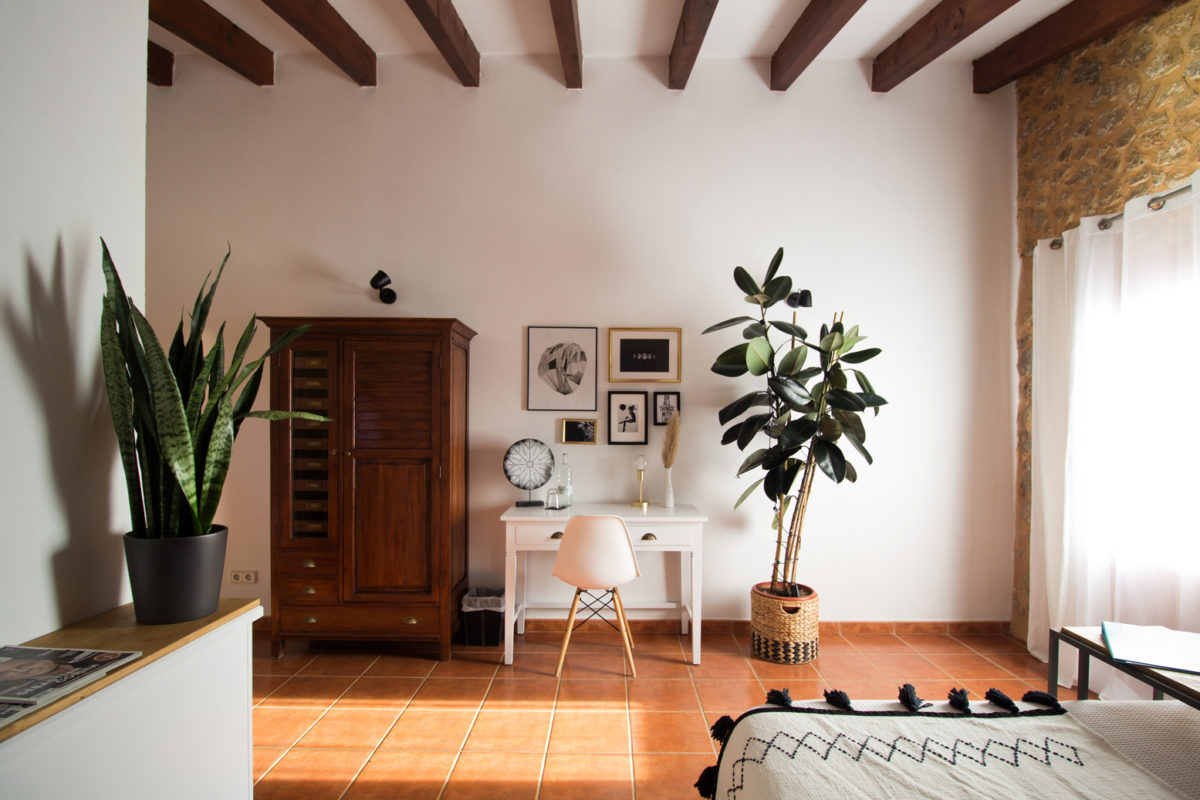 Villa Vegana was one of Europe's first 100% vegan hotels. Courtesy of Villa Vegana.

One of the first hotels of its kind in Europe, Villa Vegana is a beautiful and creature-friendly slice of paradise. Sheep, pigs, donkeys, and horses peacefully graze the land surrounding the 15th-century villa, complementing serene views of the Tramuntana Mountains, plant-based international cuisine, and pet-friendly accommodations. 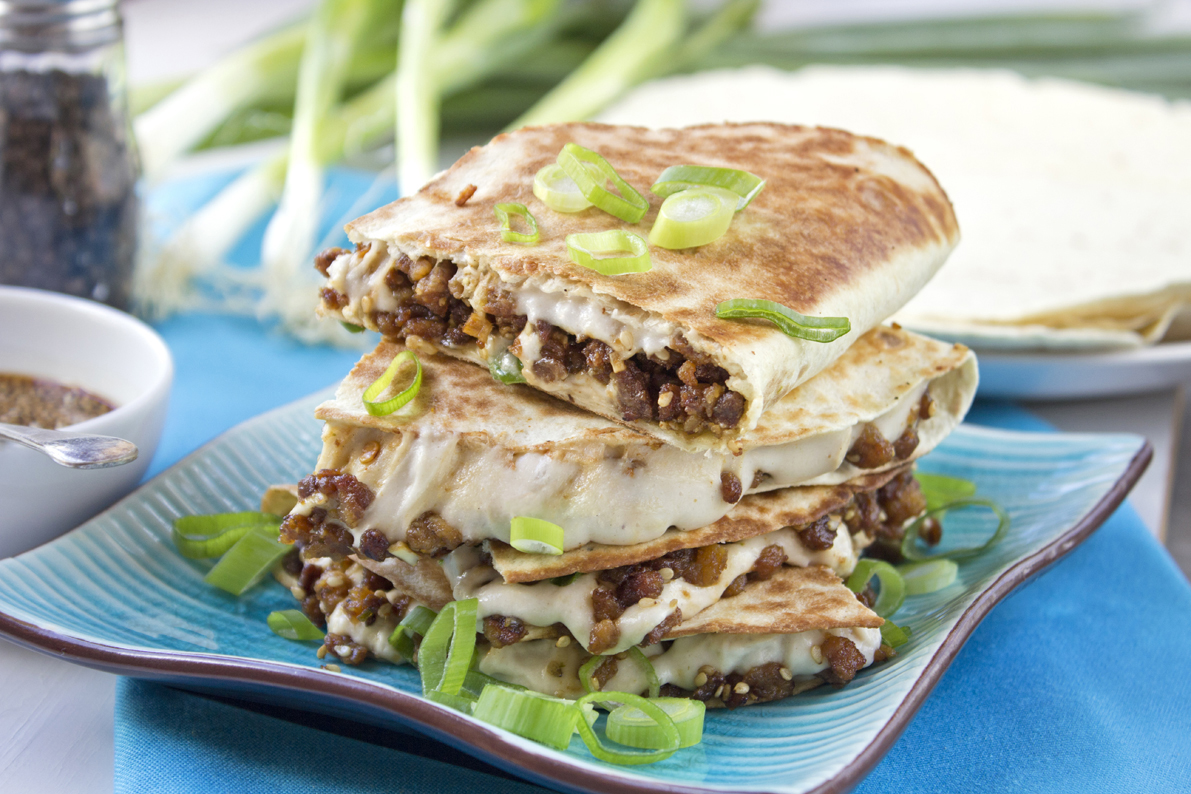 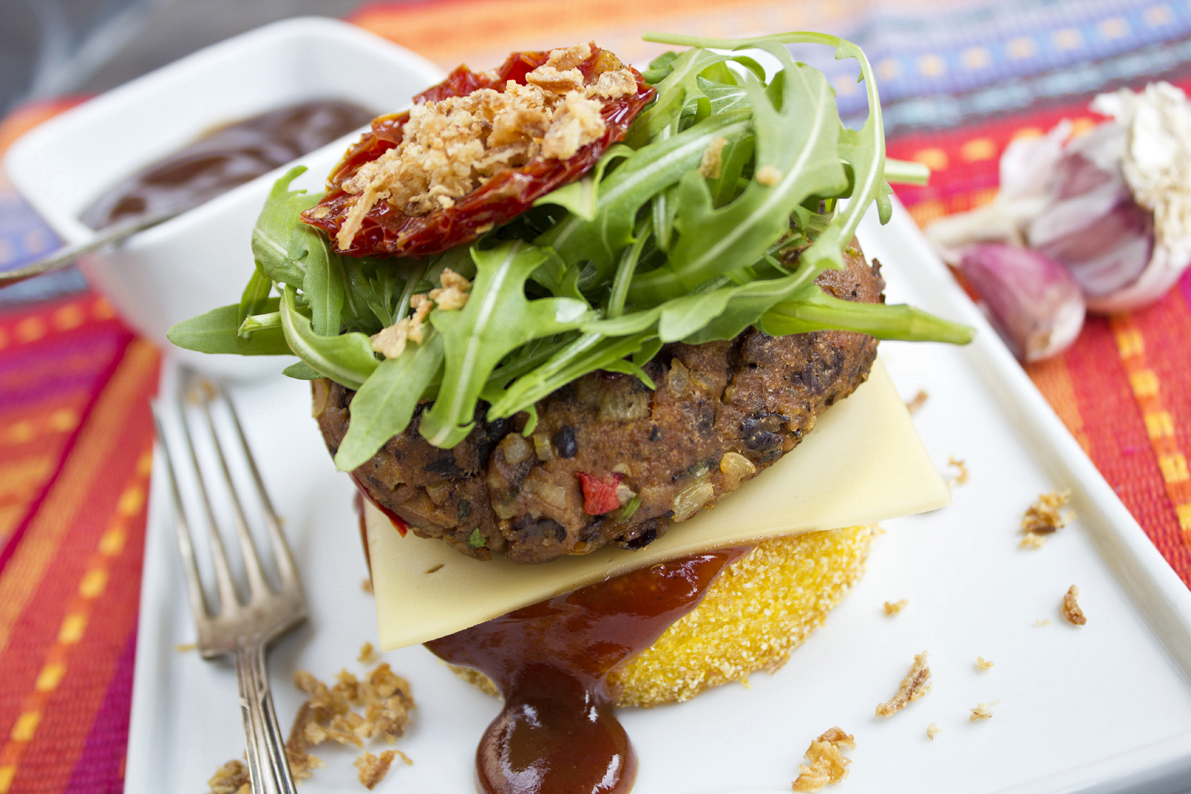 Dispel the myth by partaking in some of your favorite meals—but this time, meat, egg, and dairy-free. Courtesy of Villa Vegana.

“Vegan food is boring?” The lie detector test determined that was a lie! Dozens of restaurants across Mallorca will help you gain faith in the plant-based lifestyle. Bon Lloc (which means “Feel Good”) opened in 1978 as a vegetarian restaurant and, even since becoming vegan, remains an island favorite. Also keep your eyes peeled for Bellaverde, whose meatless burgers look like the stuff of magic. 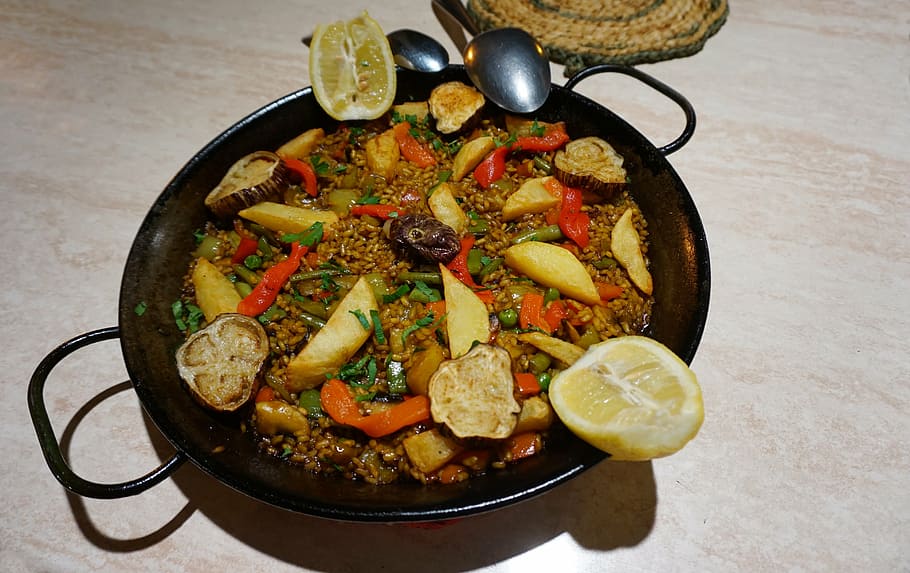 At the Vegan Gastronomy Culinary Academy, learn to veganize everything from cheesecake to paella.

Don’t let your animal-free consumption end with your trip! If you find that you’re ready to try making veganism a part of your everyday life, there are vegan cooking classes in Mallorca that can give you the skills you need to keep it up at home. The Vegan Gastronomy Culinary Academy specializes in teaching visitors to “veganize mainstream dishes” and offers vegan cooking lessons online as well as in-person.