Stephanie Danler’s New Memoir and the Transformative Power of California

Writer Stephanie Danler traverses the palm-treed beaches of Southern California to the Redwoods up north in her new memoir, Stray. Photo by Julian Myles.
DispatchAnnie Werner

In Stray, best-selling writer Stephanie Danler excavates a painful childhood in Southern California—and rediscovers her home state in the process. Plus, Danler shares how her experiences help to cope in quarantine.

Stephanie Danler wasn’t always a fan of the place she grew up. For ten years, she felt so disconnected from California that she bounced around Mexico, Greece, France, Sicily, Ireland, and more—“I’d be somewhere for like, six weeks at a time,” she says.

But after this wildly popular novel was set to publish, Danler felt called back to the place that first shaped her—though she wasn’t quite sure how just yet. On the precipice of achieving a lifelong dream, Danler didn’t feel happy. She wanted to understand why. 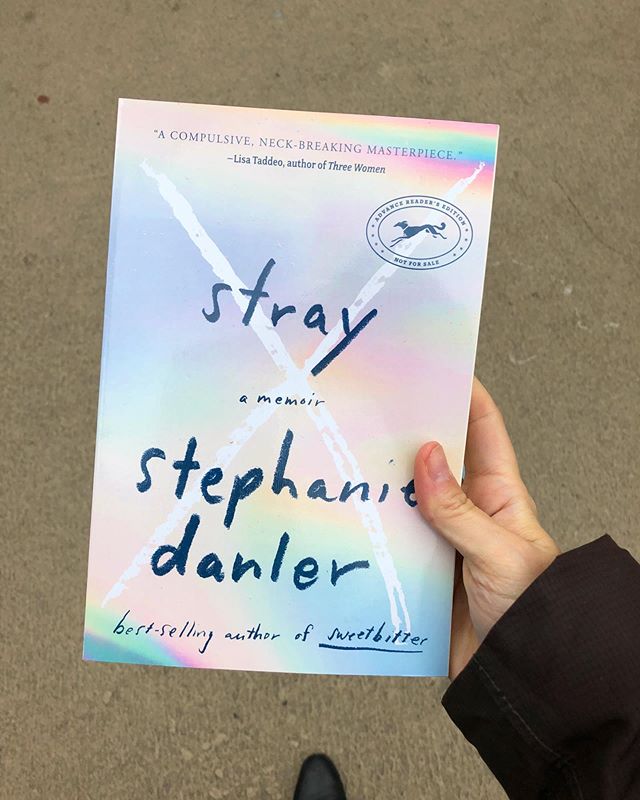 An ode to the good, bad, and ugly of growing up in Southern California as the child of addicts, Stray also examines Danler’s recent past—a riddle of divorce, infidelity, and alcohol abuse of her own—in a radical excavation of how trauma engenders apathy. The gift of Danler’s memoir is in showing us the power of noticing. Noticing the intimate details of her past, yes, but also her immediate, present surroundings in the vastly diverse state of California.

There’s of course something restorative about returning to any childhood haunt, but in Stray, it seems California’s ever-evolving landscape plays an inherent role in Danler’s transformation.

“I came back to California as an adult ready to pay attention differently than I had as a child.”

Throughout her memoir, Danler ventures to several outdoor destinations around the state, particularly around L.A. and Northern California. “Exploring Northern California has been a huge part of opening my eyes to what a miraculous, gorgeous place California is,” says Danler.

The natural destinations not only ground us in physical space but provide a narrative shape to the memoir’s forward-looking progression.

“I came back to California as an adult ready to pay attention differently than I had as a child. Not take it for granted, which I think a lot of people who live here tend to do—we tend to say, ‘It’s sunny all year round,’ but that’s not true at all,” she says. “The entire month of June is typically quite gray. October is typically quite hot, and during the month of March, all the hills surrounding Los Angeles—from Griffith Park to Glendale and Pasadena—are this vivid green that make you think you’re living in the Pacific Northwest. And there are growing seasons for citrus and growing seasons where the succulents seem to grow a foot overnight. There’s so much going on here.”

9 Books By Emerging Writers to Transport You Elsewhere→ 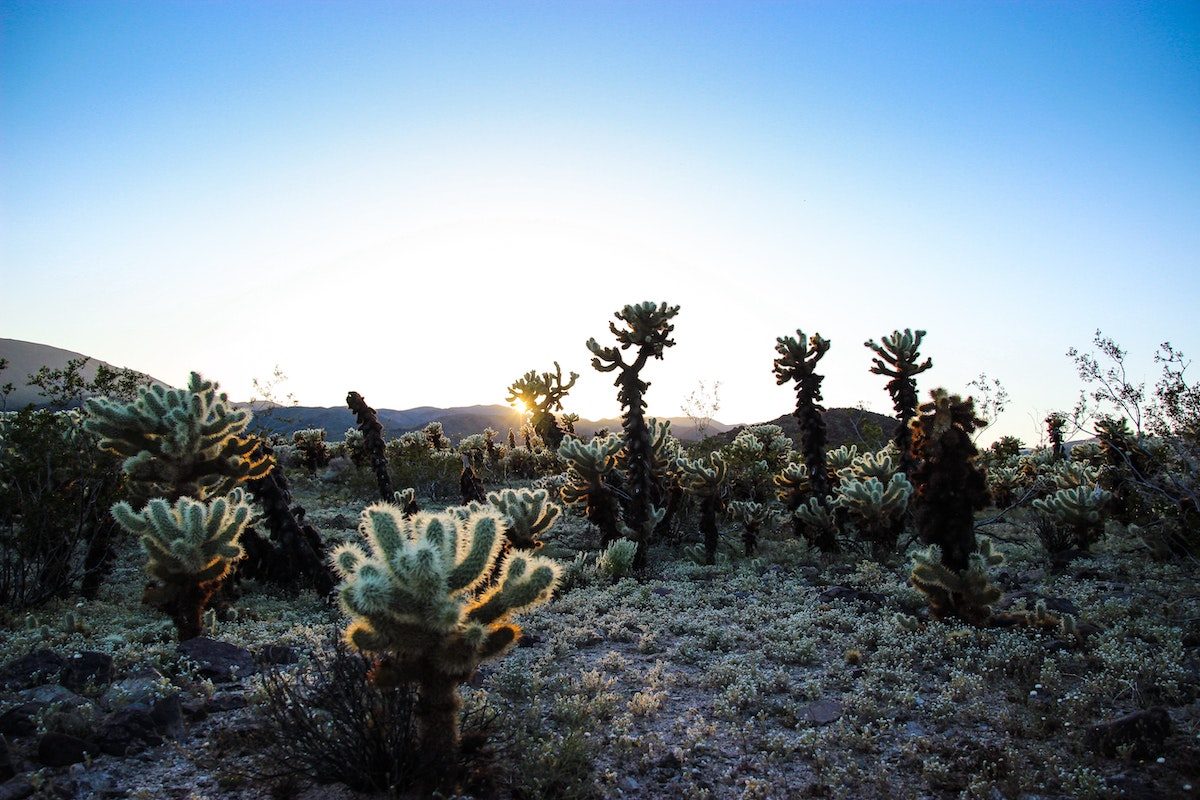 It helps, says Danler, that she had a guide. Known as “The Love Interest” or “Matt” in Stray, Danler’s now husband takes her to see iconic California sites like Death Valley, Owens Lake, Montana de Oro, and yes, Joshua Tree (“There’s a clarity and a purity and a quality of light two hours away from the second largest metropolis in the United States that is really other worldly,” says Danler), bringing the pair closer together as he introduces her to the nuances of the Golden State.

“Somewhere in the book I say, ‘He’s teaching me how to name the things that move me,’ whether it’s a live coastal oak or an arroyo or the San Gabriel versus the Santa Monica Mountains,” says Danler. “Being [in California] as a child, you just think, ‘Those are the mountains.’ Period. But the San Gabriel is a much older range than the Santa Monica Mountains, and the foliage is completely different, and so being with him and exploring the state with him gave me an entirely new perspective.”

It’s a commonly understood phenomenon that seeing a new physical space can quite literally change your psychological perspective, and in California, the opportunities to perspective-shift are nearly limitless.

“If you drive six hours in California, you’ve seen the world change five times,” says Danler. “It’s so wild that you can go from the beach with palm trees to this lunar landscape desert and then go up into the mountains and see snow—there aren’t very many places in the world that can do that.” 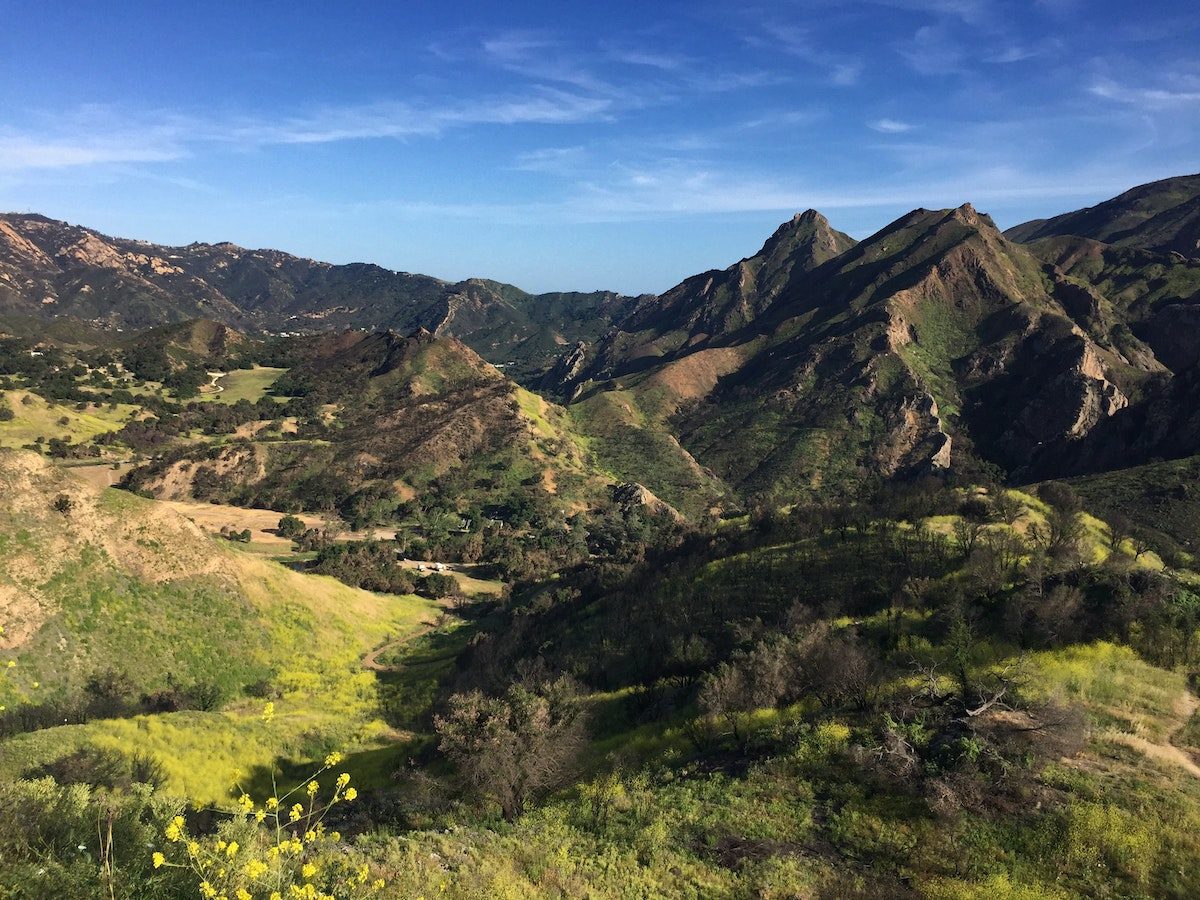 The Santa Monica Mountains skirt Malibu. Turn around from this viewpoint and you may just see the Pacific Ocean or the L.A. cityscape in the distance. Photo by Ron Atory.

Of course, the art of noticing means we can’t forgo the negative parts—something Danler deals with head on in Stray as she recounts a road trip with her meth-addicted father, her mother’s abusive outbursts, and her toxic relationship with a married man. Danler extends this same courtesy to California, particularly her home town of Los Angeles.

“When I moved back here, I found the fragility of Los Angeles to be quite startling,” says Danler. “How degraded a lot of the natural world had become. How little public space there is in Los Angeles, what we have compromised for profit again and again and again.”

“I found the fragility of Los Angeles to be quite startling.”

Danler has since settled into L.A. with her husband and their young son with a newfound appreciation for its contradictions. “In a lot of ways, the city lacks a soul that we commonly equate with cities, but has also become this unique, sprawling, totally idiosyncratic thing in and of itself.”

This willingness to acknowledge and accept painfully opposing forces has perhaps prepared Danler better than most writers for dealing with releasing a new book during a pandemic. She’s hesitant to extract optimism from her memoir, but she does acquire tools for a path forward. 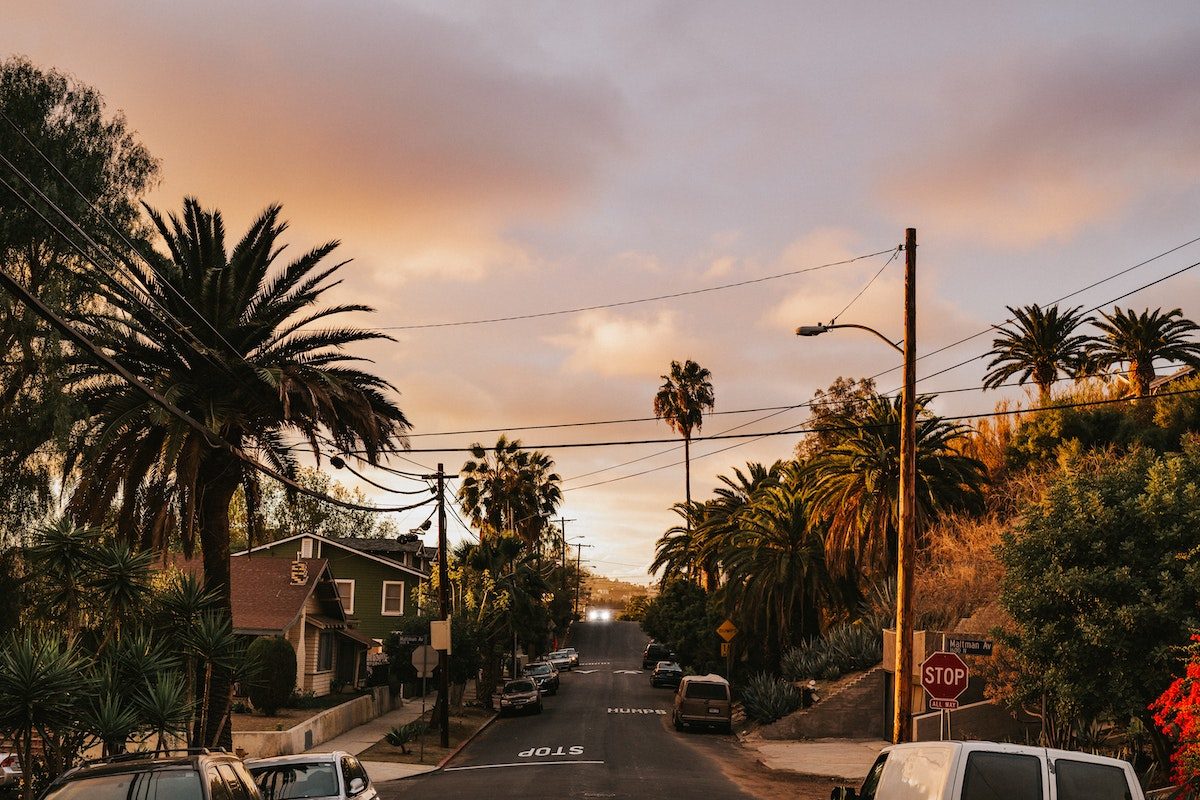 “The book really is about fear in some ways—fear and denial versus acceptance,” says Danler. “I don’t find the book particularly prescriptive or instructional with either of those things, but I am continually wrestling with them, and maybe since 2015 I have learned some things and can handle this moment a bit more gracefully.”

Danler’s memoir possesses an acute awareness of not only personal traumas but environmental and collective traumas. Early in Stray, Danler recounts the vulnerability of charmingly hippie Laurel Canyon, where she’s just moved, how susceptible it is to seasonal wildfires, how the cliffside homes could so easily be lapped up in California flames.

“We are in the middle of a cultural transformation.”

“I think because of the way that I grew up and the way that I manifest anxiety, I am always aware of the looming catastrophe,” says Danler. “I’m not a ‘prepper’ per se, but I run the mental checklists constantly, especially when I’m in new environments.”

For Danler, our current crisis isn’t an isolated event. From the 2016 election to the millions of fires and environmental disasters the world has weathered in the recent past, “this just feels like confirmation that we are in the middle of a cultural transformation. There’s been a lot of darkness.”

How to Cultivate Patience, the Ultimate Travel Virtue→ 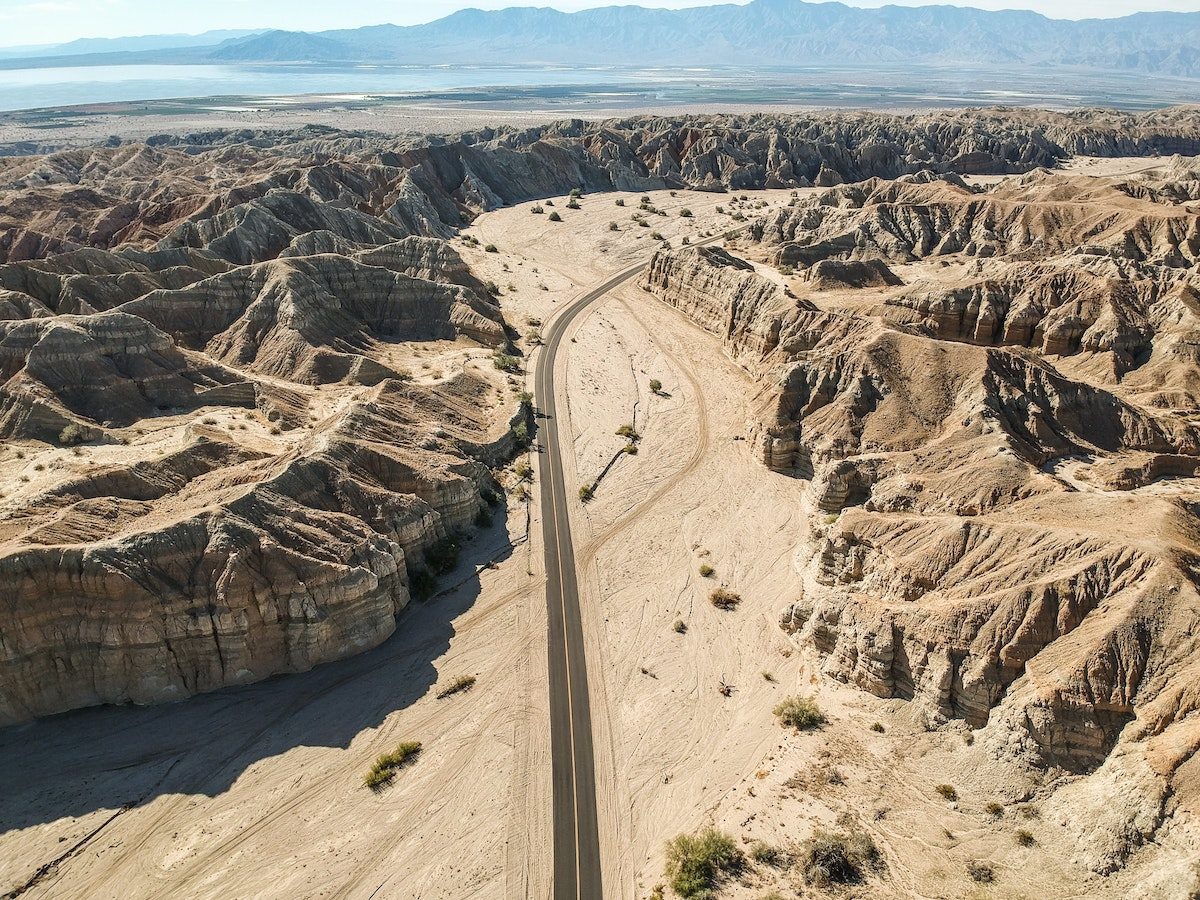 The road to Salton Sea in California's Coachella Valley. Photo by Chris Montgomery.

One of Danler’s coping mechanisms is writing. “I do find that a creative practice is the antidote to living in a totally self-absorbed, neurotic, anxious state constantly. It is a connection to something outside yourself,” she says. “There’s a reason why so many therapists and self-care guidelines promote journaling, and it’s because writing will take you outside of your pain, outside of your suffering. For a moment, you become the writer and not the person who’s suffering.”

Perhaps you become a person who notices. Even if you’re not quite sure why, or what, or how you’re noticing it. Towards the end of Stray, Danler notes that she finds “nothing falser… than a story that ends in catharsis,” and though her memoir does nourish cathartic impulses, there’s a sense that it is is more about the process, the cultivation, the journey, than arriving at any specific point—not unlike a road trip along the Pacific Coast Highway or one of California’s many other winding, vehicular paths.

It’s no surprise that Danler’s other favorite coping mechanism happens to be uniquely suited to her home town of Los Angeles: “If I can go for a drive that doesn’t have a destination, I can work through a piece completely. When I sit back down at a computer, something that I’ve been struggling with for weeks, I can write it in two hours.”