Stay On an Old Western Film Set at the Pioneertown Motel

Situated nearly two and a half hours outside of Los Angeles and 15 minutes away from anything remotely considered civilization, the Pioneertown Motel is a tiny old Western relic that you have to see to believe.

It was built by Roy Rogers in 1946 to accommodate the celebrities who starred in movies being made on the Old West film set on the property, which is complete with a jail, bowling alley, trading post, and saloon. The set’s proximity to L.A. made it the ideal for filming the popular genre of that era, especially compared to other remote locations as far away as Texas, Arizona, or Montana.

Brothers Matt and Mike French discovered the 20-room property on a trip to visit their parents in nearby Palm Springs, California. In 2014, they refurbished and reopened the hotel—just as the area surrounding Joshua Tree National Park started to become more appealing to young entrepreneurs, artists, and those looking to abandon city life. Slowly, the area is starting to become more of a destination, with La Copine restaurant, Promised Land vintage store, and a music recording studio all opening in 2016—despite the fact that the town remains unincorporated.

The hotel is beautiful but simple, truly a place to take a leisurely drive to, disconnect, and unwind for a few days. Limited amenities are available in the “front office” (a makeshift outdoor space) so make sure you don’t forget anything—there isn’t a drug store closer than a few miles away, though the famed restaurant and music venue Pappy and Harriet’s is next door. But the isolation means that the setting is unmatched, with views of the mountains beyond the film set and the clearest starry night sky. 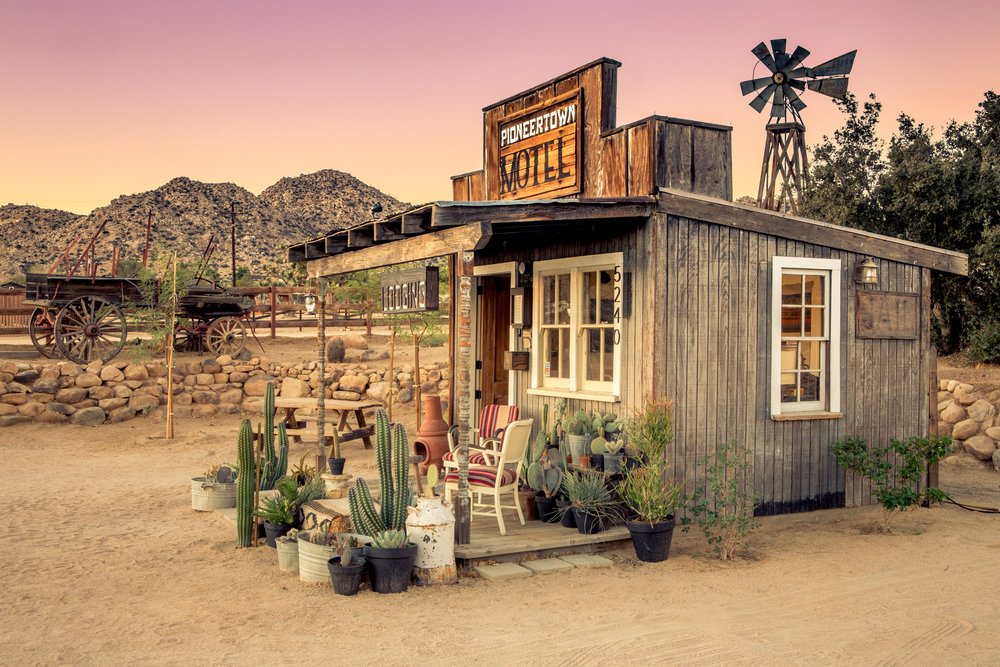 With an excellent bar, strong Wi-fi connection in an otherwise deadzone, and extremely reasonable rates, the one-story roadhouse is a must-stop desert locale.