The Top 10 Bars in the World, According to Author Stephanie Danler

The best bars in the world are often found hidden from tourists' sight. Photo by Steve Harvey.
IndexStephanie Danler

Like so many college graduates with a dream, Stephanie Danler moved to New York City at the ripe age of 22 and started bussing tables. She cut her teeth in the world of food and wine, both of which served as inspiration for her debut novel, Sweetbitter, which published in 2016.

Set in a bougie Manhattan restaurant, our protagonist, Tess, bumbles her way through the dinner shift and her newfound life, sampling oysters and bartenders along the way. Danler may have left the biz behind (she has a second book for Knopf in the works), but she’s still eating and drinking her way around the world. Here, she shares her 10 all-time favorite bars, including a hidden Barcelona tapas spot and the oldest drinking hole in Egypt. 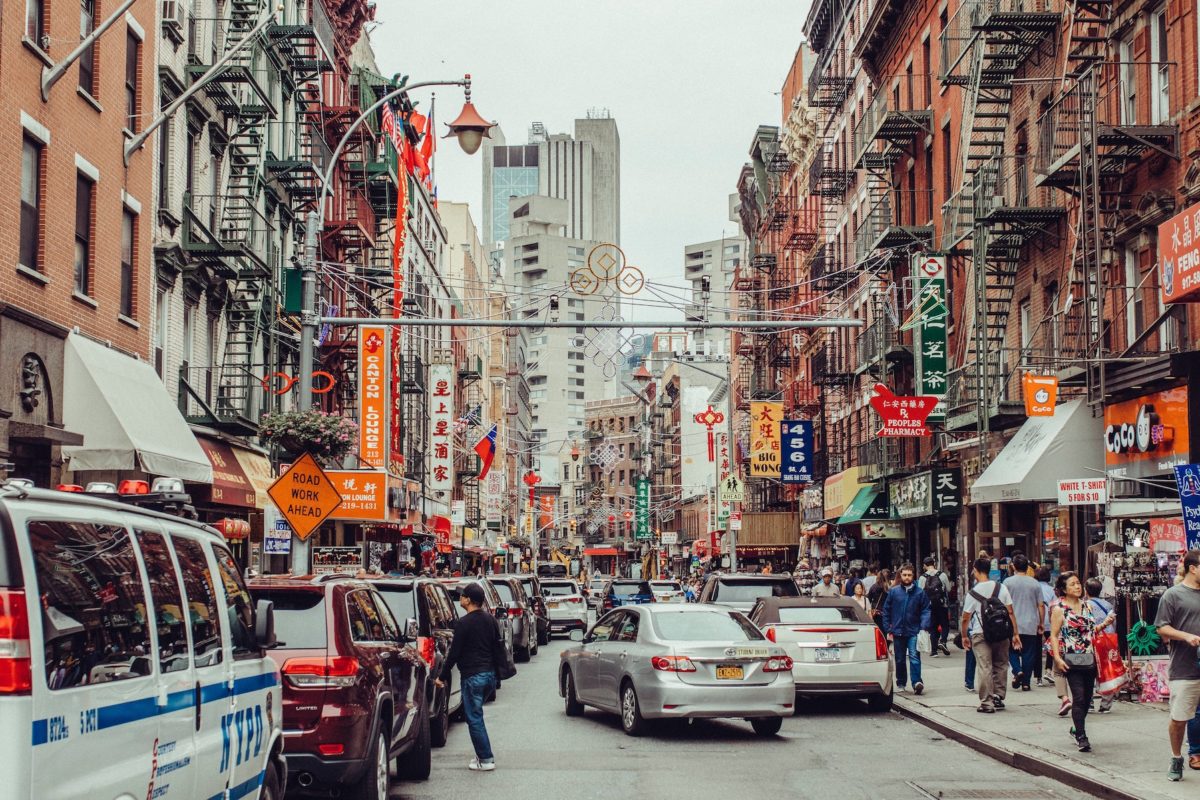 Tuck into Clandestine in NYC's Chinatown for after-dinner drinks. Photo by Amanda Dalbjorn.

Picking one bar in New York City is impossible. There are half a dozen dives that were integral to my youth, but the truth is, I don’t love hard liquor or beer. What I always want is a stripped-down, barely-lit dive with above-average wines by the glass and a good playlist. I found that at Clandestino on Canal Street. This was my after-dinner-service nightcap place for years.

Worth the hunt to find it. When you see a crumbling alley that looks like you should not walk down it, turn there. There might be a small crowd of people at the end of the street, waiting to get into Tep Bar. Stepping out of a run-down neighborhood into this sophisticated, glowing space with traditional Thai music, weird, herbal Thai whiskeys, and glow-in-the-dark cocktails feels like being lost in a dream. 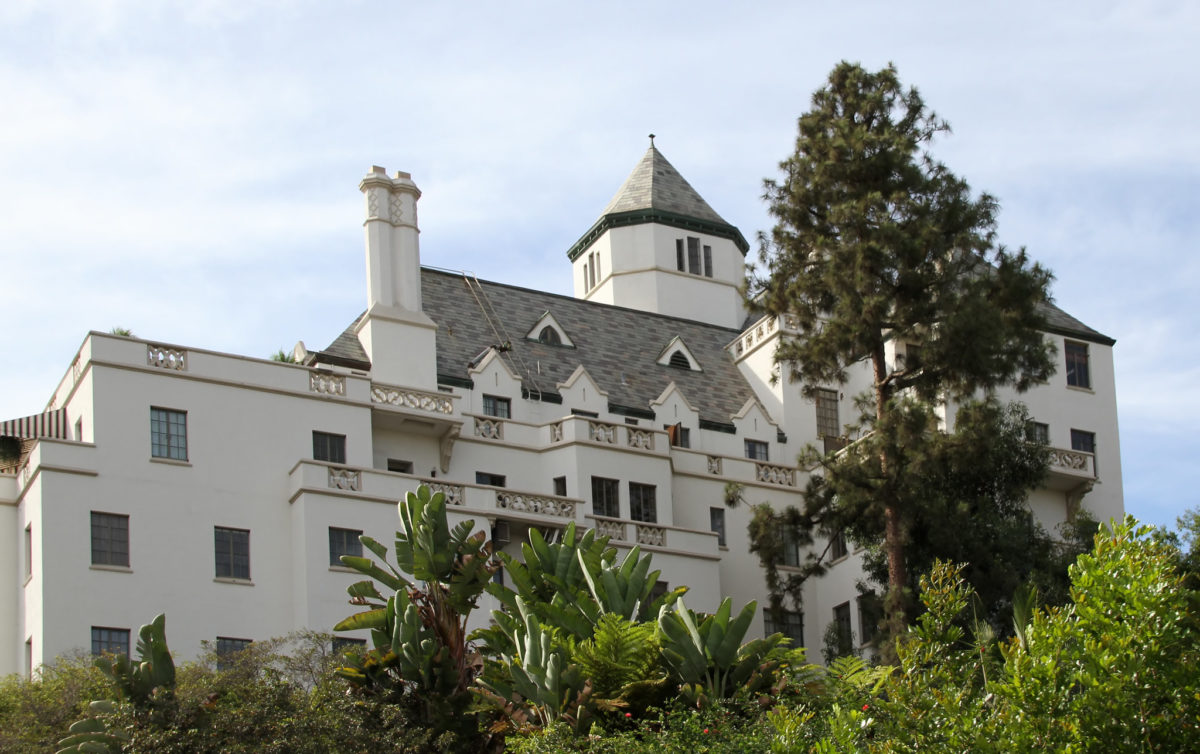 The Chateau Marmont is the stuff of legends—and, perhaps surprisingly, so are its drinks. Photo by Tony Hisgett.

Bar at the Chateau Marmont

So boring, right? Except that even with all the lore—the ghosts of rock and movie stars, the occasional scene, the eternal tourists—it’s never boring. You can douse yourself in the atmosphere and history, but the myth of the place never gets in the way of your experience. Bonus that it’s walking distance from my house. Don’t drink and drive.

You don’t technically have to drink the pulque (a boozy drink made with fermented agave sap that tastes a little like thick kombucha), but if you do, you’ll make friends faster. Be warned, this place is a touch gritty and wild: The walls and ceiling are covered in paintings reminiscent of bad hallucinogenic trips. But a Sunday afternoon here is a ritual to residents of Mexico City. Bust out your Spanish phrasebook because there will be no other gringos. Oh, and don’t use the toilets. 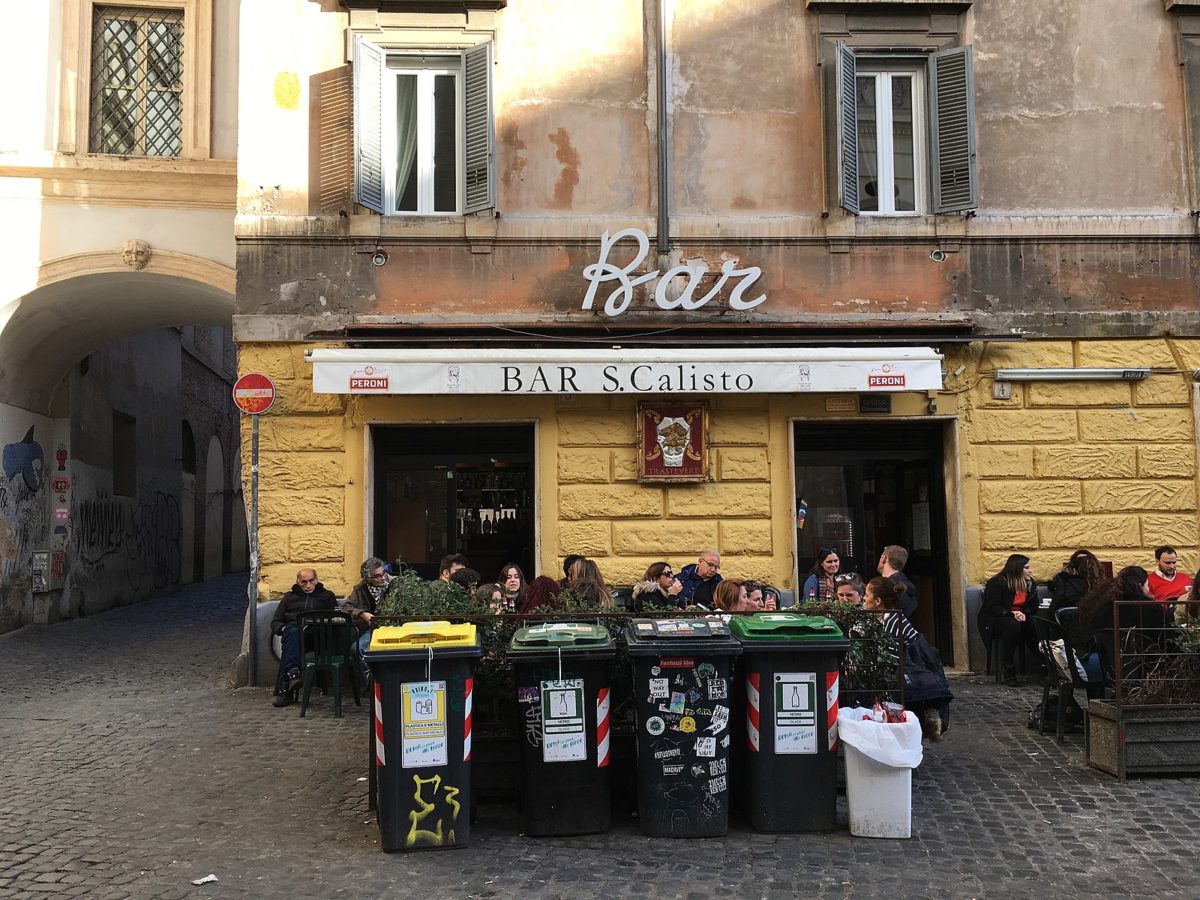 Bar San Calisto is the perfect place to escape with a book in Rome's popular Trastevere neighborhood. Photo by Bex Lemon.

Walking Trastevere, Rome’s “Left Bank,” is always scenic, regardless of tourists and study-abroad students. When I was one of those American students, I favored Bar Gianicolo up on the hill for breakfast and illicit beers during lunch. But now when I go back, I hide with a book in Calisto. It’s filled with hard-drinking Italian men who look like they could start reciting the Futurist Manifesto.

Looks like you’re walking into a dusty, ancient wine store deep in the vibrant Raval neighborhood. You’re actually walking into one of the best tapas bars in Barca, family-owned for four generations. It’s standing room only, always crowded with people of all ages, so have your order ready before you get to the counter (try all conservas, like anchoas, anchovies, or almejas, clams). Vermouth is my favorite Spanish aperitif, and they have a stellar selection, served on ice with an orange wedge—the perfect beginning for a tapeo. 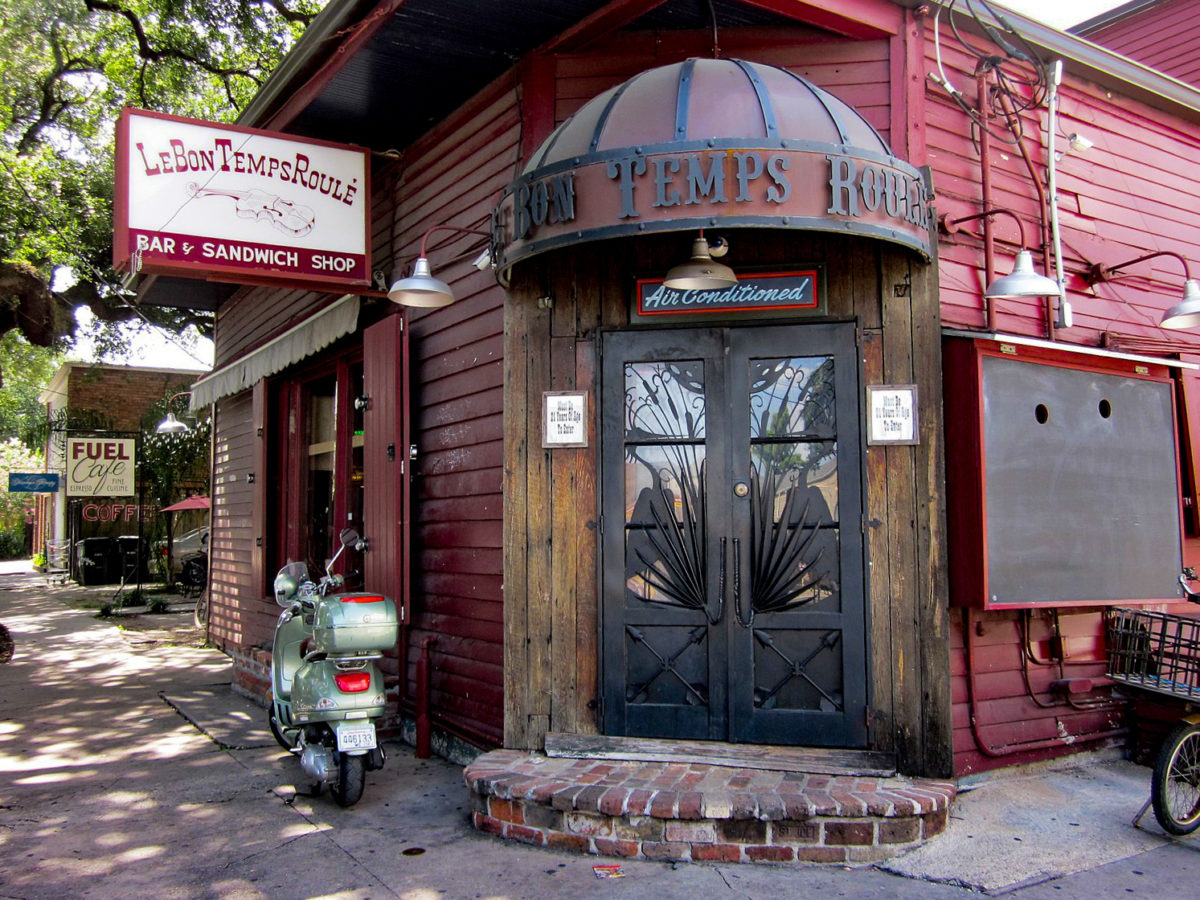 Picking one bar in NOLA is impossible. I adore the faded corner bars that anchor neighborhoods, the ones that time forgot. No frills, everyone knows each other, and then around midnight, things get rowdy. Yes, I love the hipster mecca of the Bywater (go to Markey’s), but I preach the virtues of Uptown, past the Garden District. Casamento’s (oysters), Domilise’s (po’boys), and a stop into Le Bon Temps Roule for local music and a nightcap.

The oldest bar in Egypt–opened by the Greeks of Alexandria 117 years ago–is famous for its Art Nouveau décor and for the diversity of its clientele. Live out your Lawrence Durrell’s Justine fantasies here. It serves beer and gin only. Need I say more? 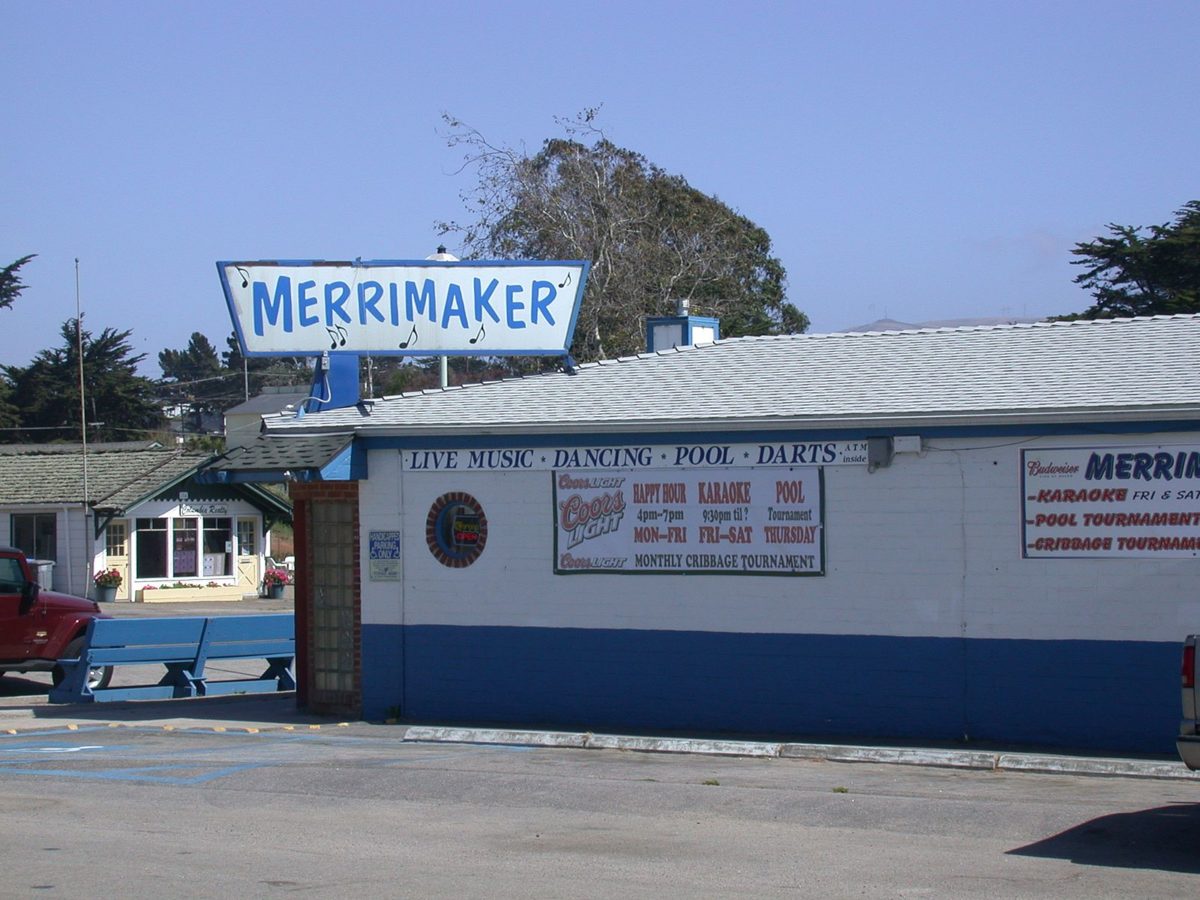 When you Wikipedia “dive bar,” a photo of the Merrimaker appears, set in the sleepy, pristine beach town on the central coast of California. I’ve been lucky enough to visit, and I can tell you why it is the quintessential dive bar: 1. Fantastic signage. 2. Nicknamed “The Marriage Breaker.” 3. Consistent drinks, consistent alcoholics. 4. Pool table/jukebox. 5. Bar grime meets the smell of the salt grasses in the bay.

The bartenders will pretend they don’t speak English, but don’t take it personally. You’ll also never get a table, so crowd in at the bar. This is a sliver of a space with 70s neon lighting that fronts a serious kitchen with a constantly changing menu (think suckling pig over beluga lentils or stewed rhubarb and sardines). This is my ideal drinking and dining experience: an eccentric natural wine list, a bar where you can sit alone and be absorbed into the hustle and banter–you don’t even need a book.