On a brilliantly sunny day in Los Angeles—the kind that makes a New Yorker question their East Coast existence—Mena Massoud, the star of Disney’s live-action remake of Aladdin, out May 24, told me that his first “room” in Hollywood had been a mattress in a friend’s closet. It’s the perfect tidbit for a star-on-the rise story, exemplifying the sacrifice and hard work that led to his eventual success.

“This was the biggest film I had ever worked on and probably the biggest opportunity of my life so far.”

As the child of immigrants, the underdog narrative is familiar to Massoud, but his is no story of dumb luck. He’s working overtime to control his own narrative, to go after roles that aren’t traditionally given to men from the Middle East, and to ensure that he has an identity that exists off-screen.

“All I knew was that this was the biggest film I had ever worked on and probably the biggest opportunity of my life so far, so I was just focused on doing a good job,” says Massoud of the experience, actively pushing back against the idea of “the industry doing me a favor.”

The concept of owning your own story appears again and again in this issue. For the city of Accra, the capital of Ghana, that’s meant building a music festival that focuses on growing their native talent, instead of bringing in whatever headliner is popular in the West. Up-and-coming singer Cina Soul gives us her guide to the city, from her favorite places to perform to the best spot for yam and pork chops.

Identity becomes something to protect more fiercely in an ever-shifting environment.

In Ireland, chefs are using the abundant array of local produce and livestock to redefine the country’s food culture, shedding its history of famine perhaps once and for all—it’s now the most food-secure nation in the world. During our trip there, we heard 42 new restaurants are opening in the city, and toured a handful of recent additions, sampling charcuterie, mushrooms, and, most importantly, butter.

And in Guadalajara, artists are creating work that digs much deeper than the tequila and mariachi that characterize the state of Jalisco. Even—and perhaps especially—as the world becomes more accessible and open, countries are turning inward, looking to lift up their own heritage, resources, and people. It would seem that identity becomes something to protect more fiercely in an ever-shifting environment.

Call it a whole new world. 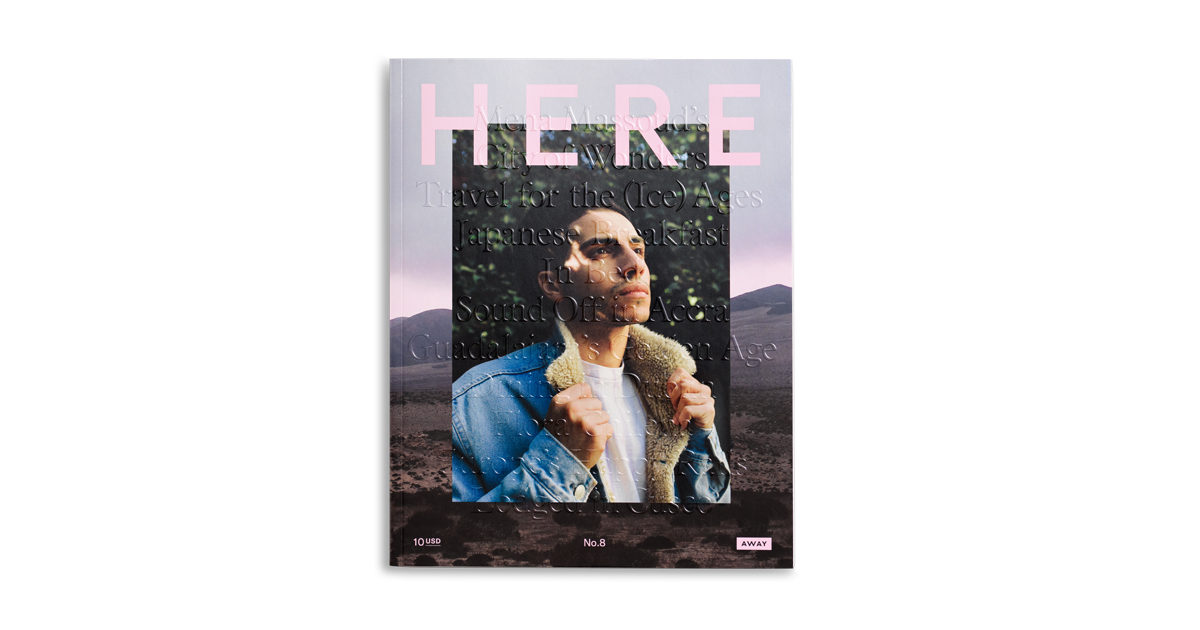 Get Here in Print. 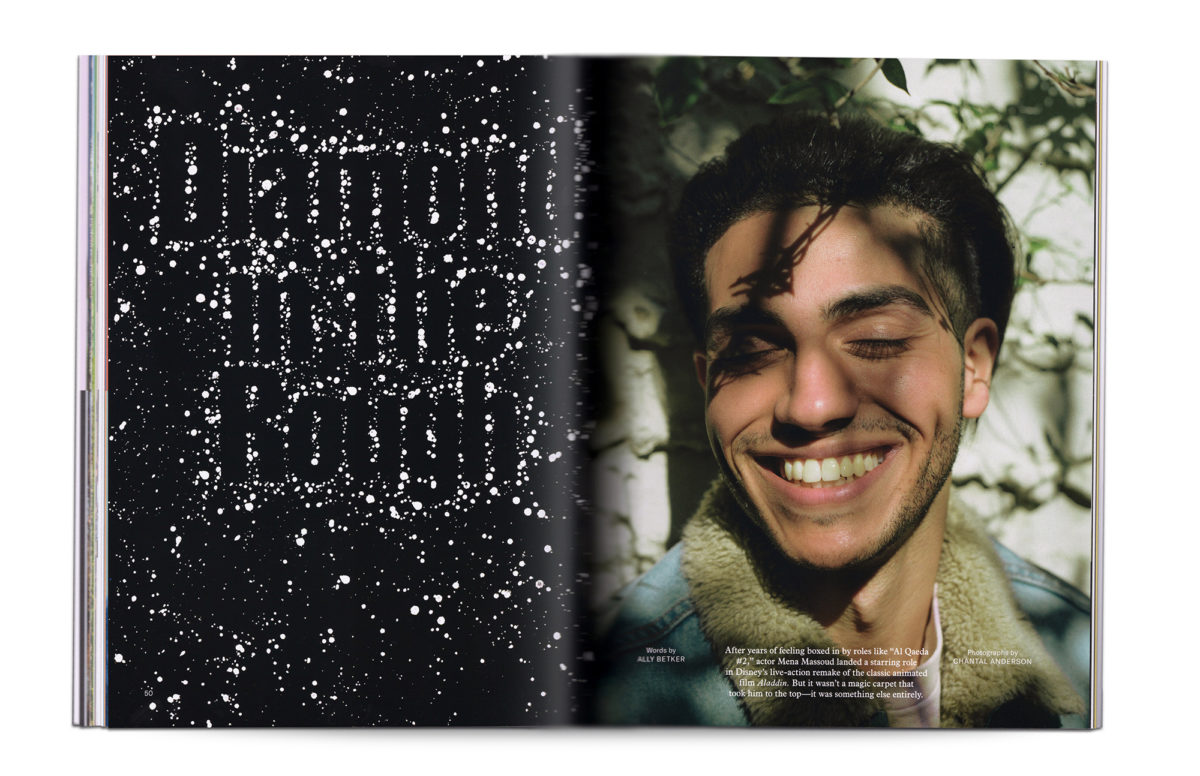 Find out why cover star Mena Massoud is Disney's diamond in the rough. Read more. 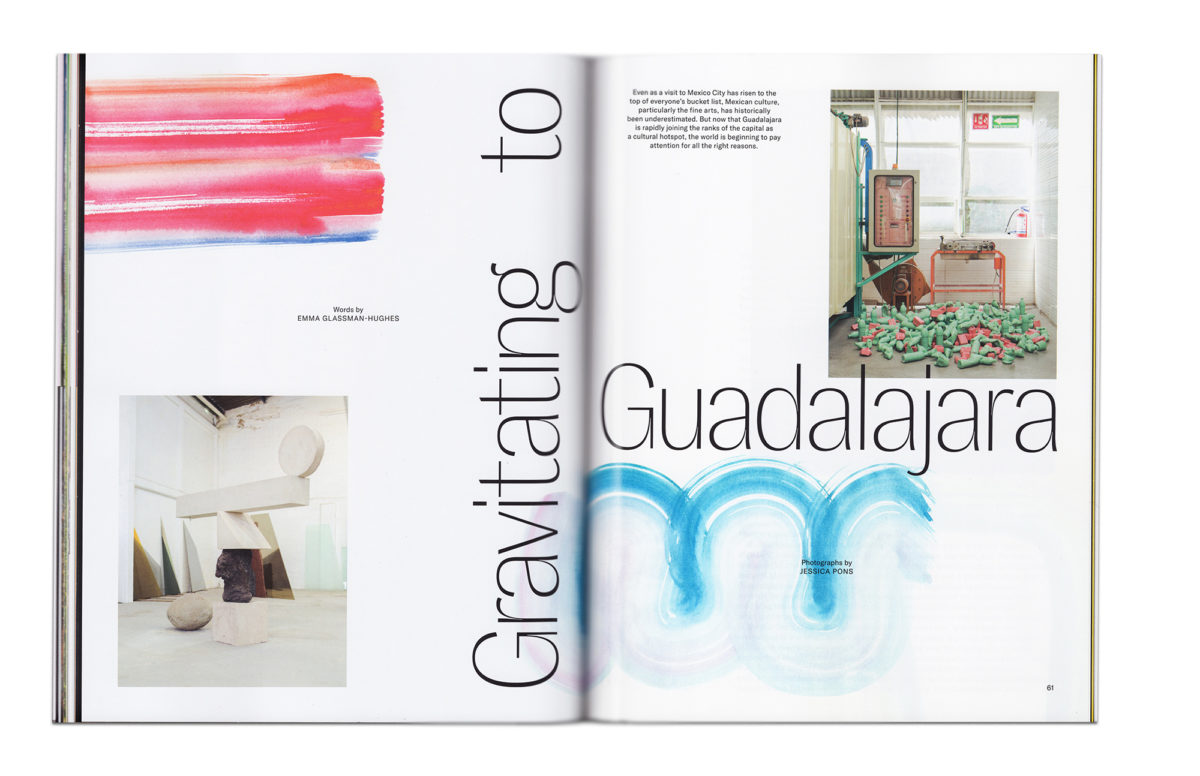 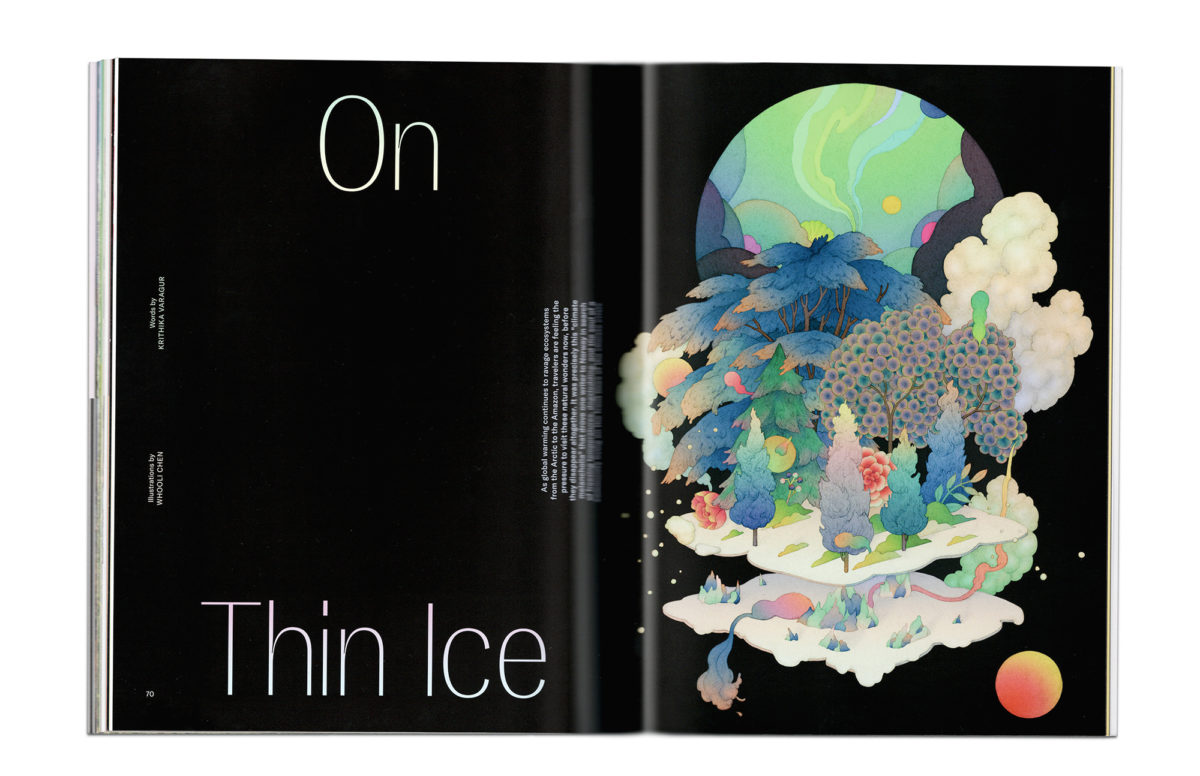 What does it mean to be a "climate tourist?" Writer Krithika Varagur traveled to northern Norway in the dead of winter to find out. Read more 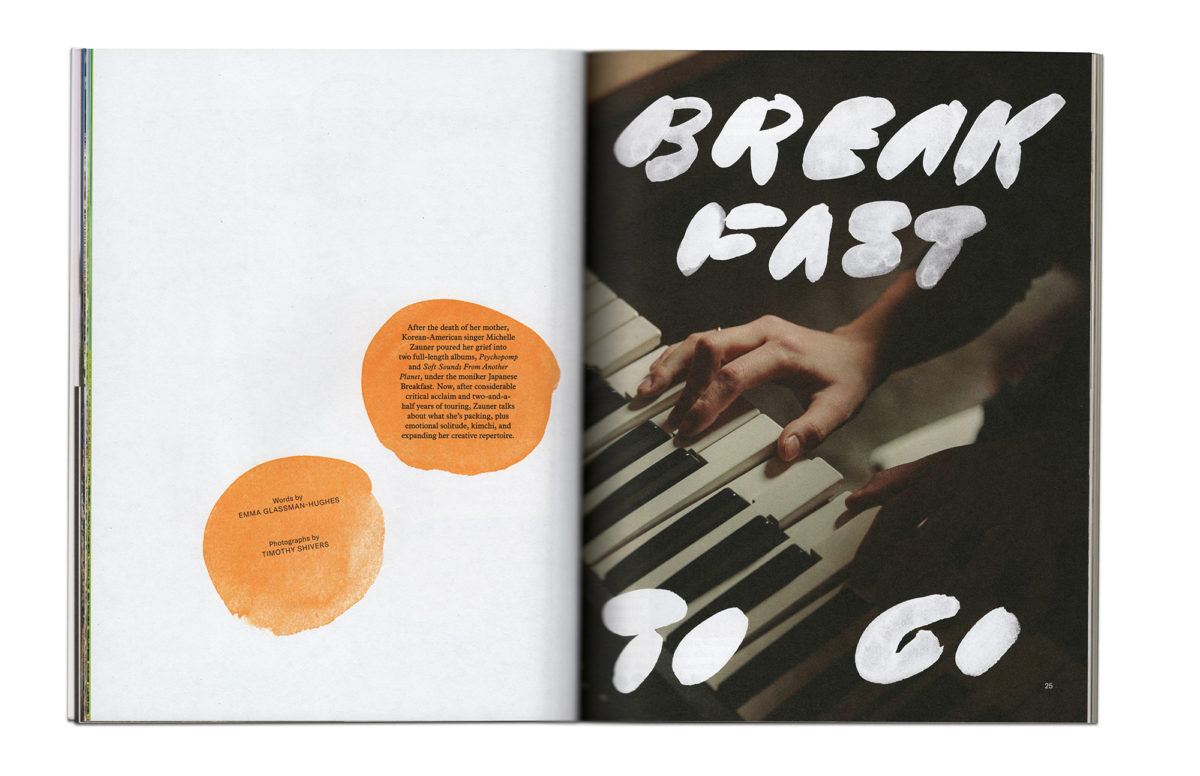 How does the lead singer of Japanese Breakfast manage to keep her cool? Good music and good kimchi. Read more. 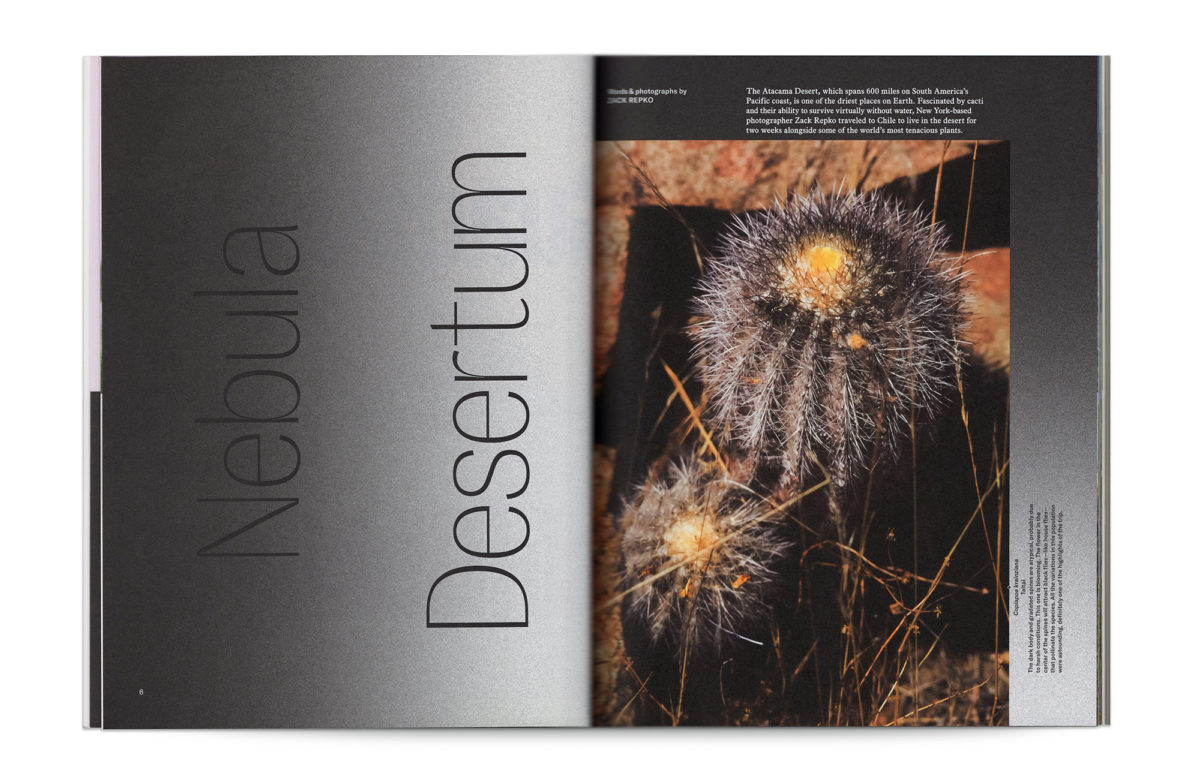 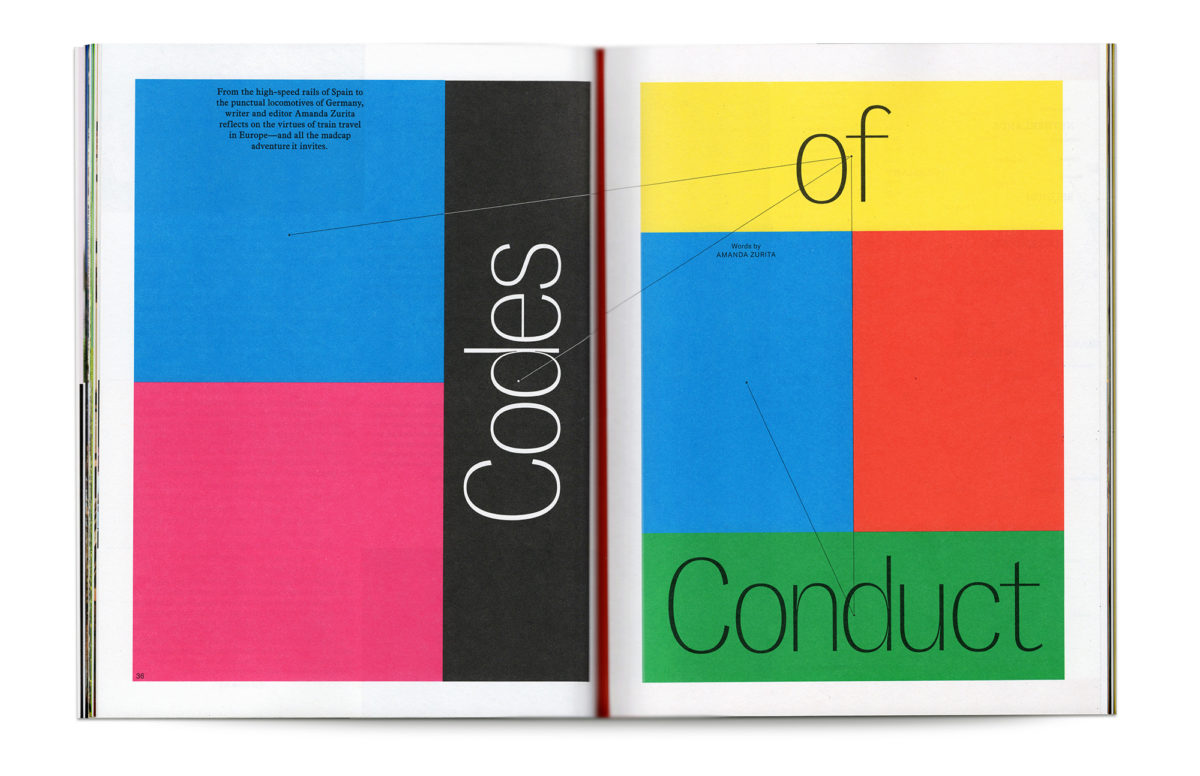 Train travel is a staple of the European lifestyle—and these rail routes are particularly promising. Read more. 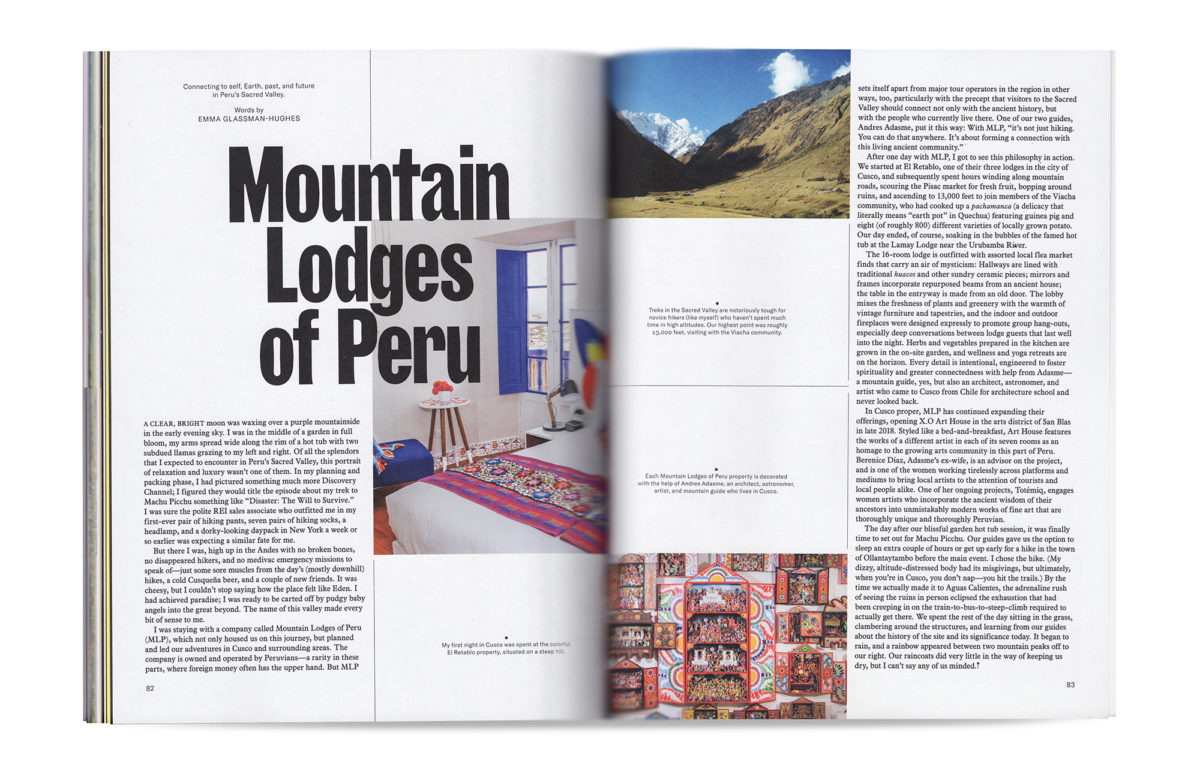 Emma Glassman-Hughes joined the Mountain Lodges of Peru on a hike through the Sacred Valley, where the past and present sing in perfect harmony. Read more. 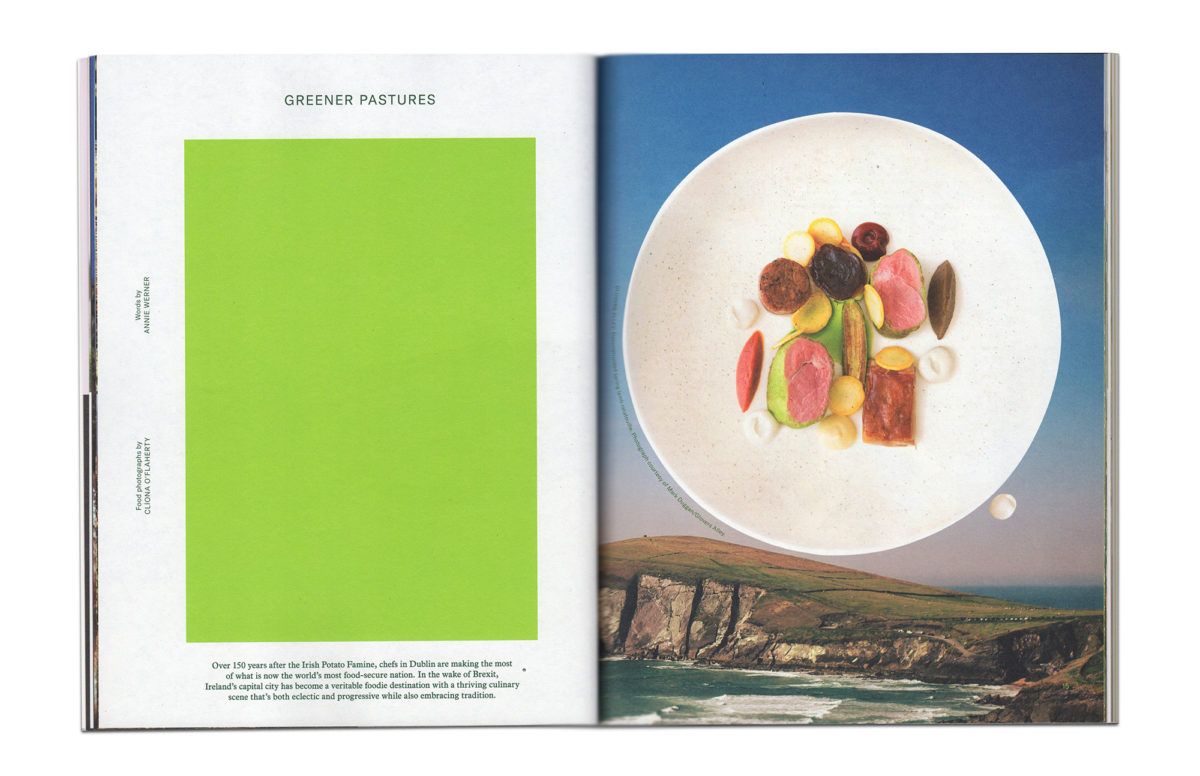 Dublin's food scene is making a comeback—and we know exactly where you need to eat first. Read more. 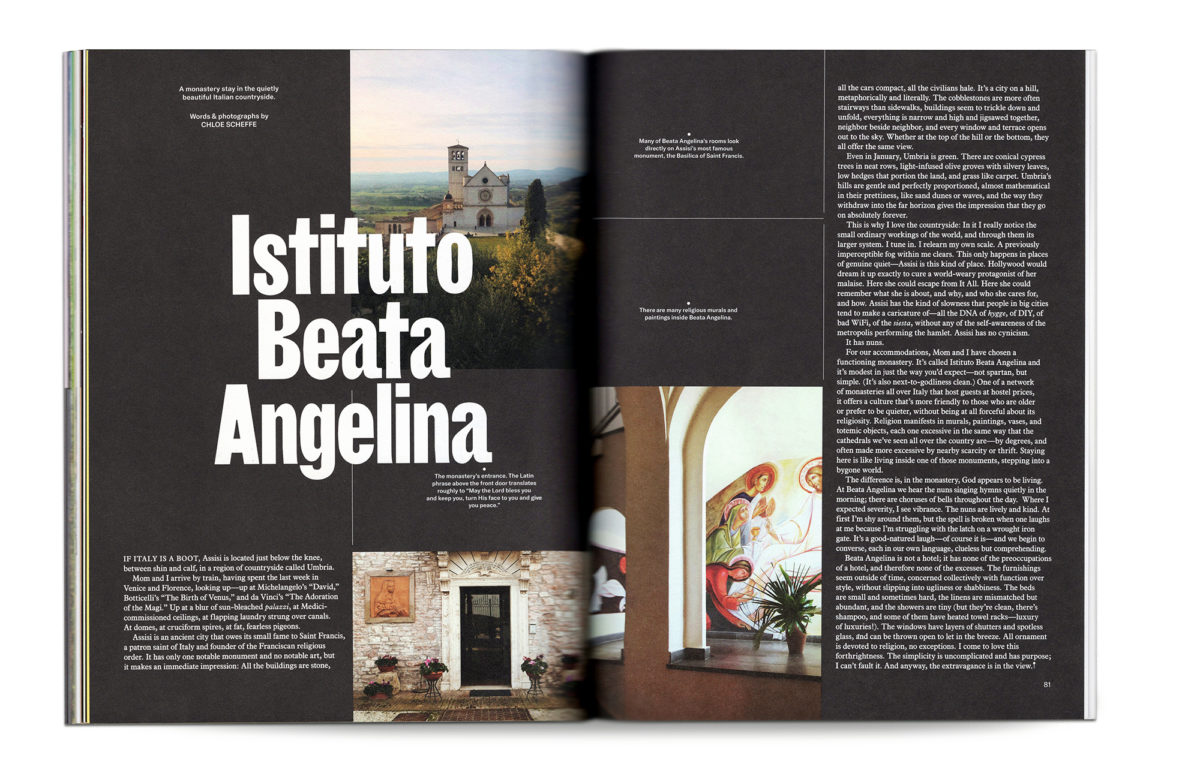 Few things clear the mind as well as a trip to the tranquil Italian countryside and a stay in a functioning monastery. Read more. 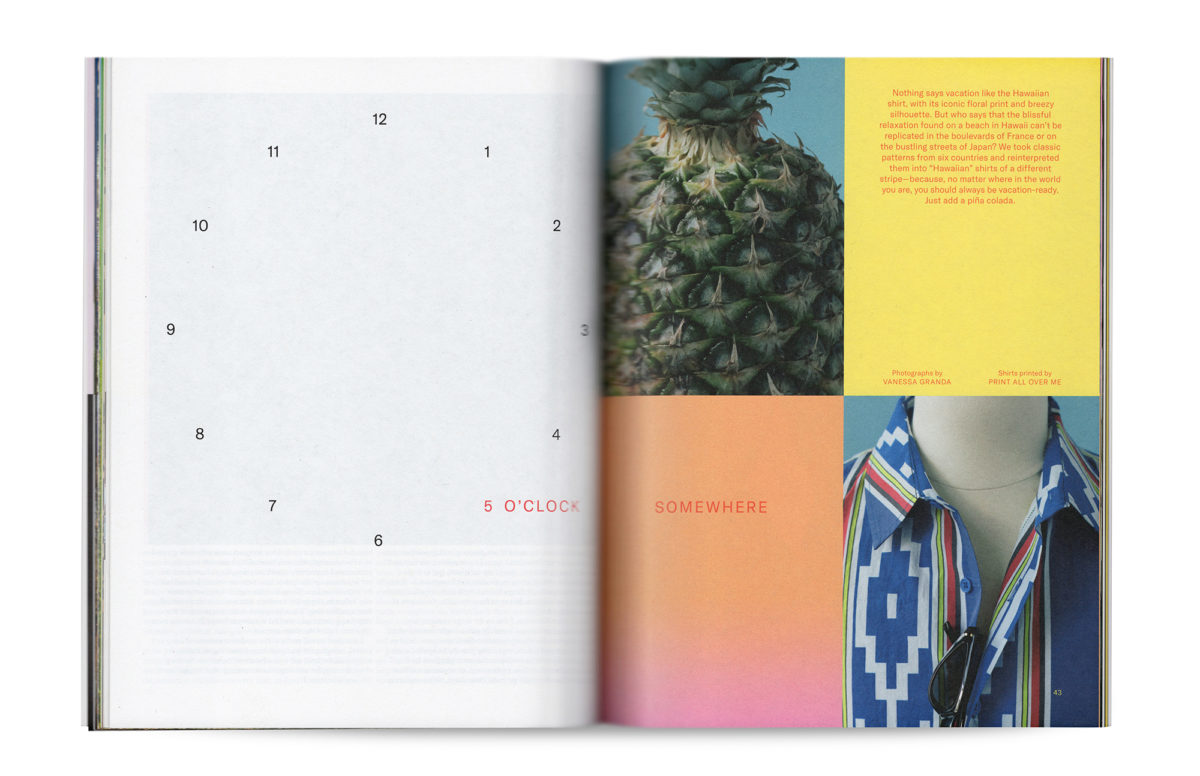 Print All Over Me helped us take classic patterns from around the world and transform them into “Hawaiian” shirts—perfect for your next vacation. Read more and pick yours up here.