How to Spend a Long Weekend in Atlanta, Georgia

Atlanta: home to legendary music venues, mouthwatering Southern comforts, and so much traffic that we park more than we drive.
IndexTiana Attride

This week, Here editors share guides to the places they grew up. See Editorial Assistant Tiana Attride’s guide to Atlanta below—including where to stay, what to eat and drink, and what to do in the capital of Georgia.

The funny thing about being “from Atlanta” is that you’re probably not; like me, you’re more likely from the metropolitan area and grew up somewhere in the suburbs (shoutout to West Cobb). But going downtown was always the thing to do on the weekends, whether to celebrate, see concerts and attend festivals, chow down on great food, or just spend time in the park—all a 30-minute drive from home (shorter than my current commute to work in NYC).

Even though I no longer live down South, it’s been magical to see the city grow so much over the past few years: Hotlanta, the Hollywood of the South, the City Too Busy to Hate. While I can’t even imagine what the traffic must be like now that people are getting so interested in visiting and living in Atlanta—the rent is low and the number of cars on the highway at rush hour somehow keeps on growing—I’ve never been prouder of where I come from and all the good music, good eats, and good times we get to show off to the world today. 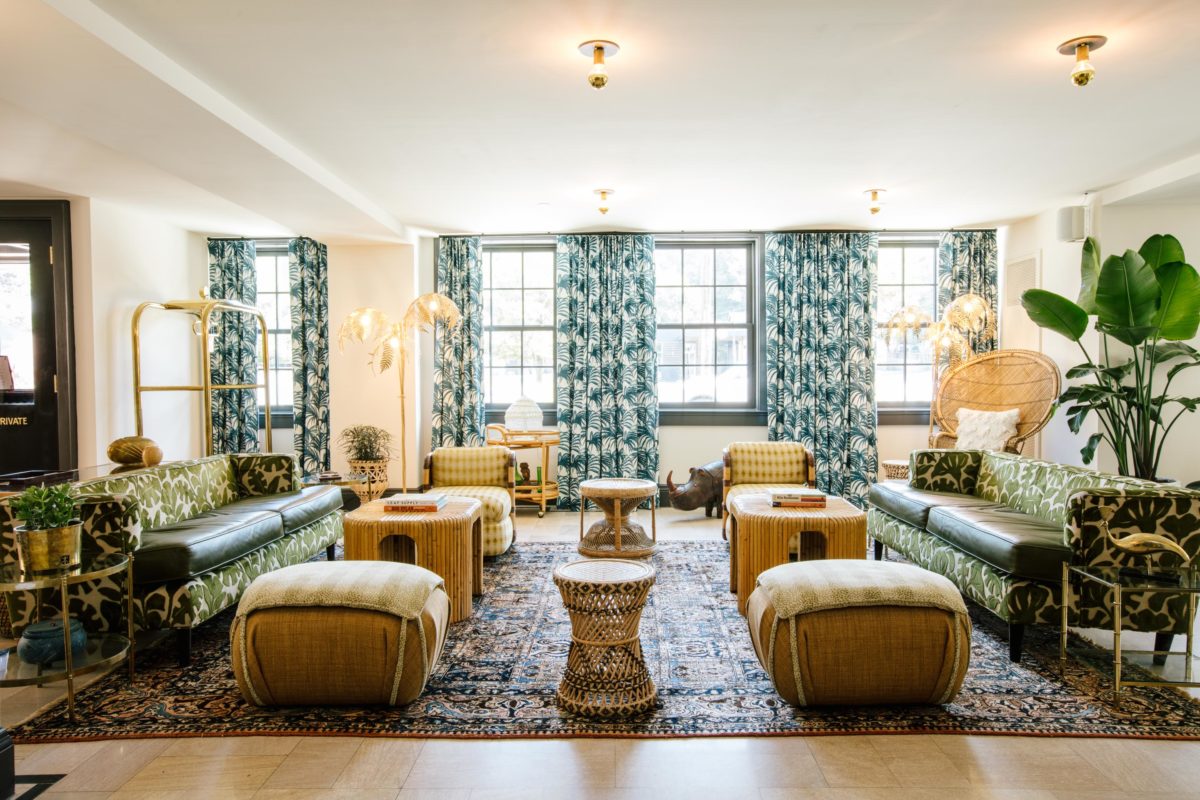 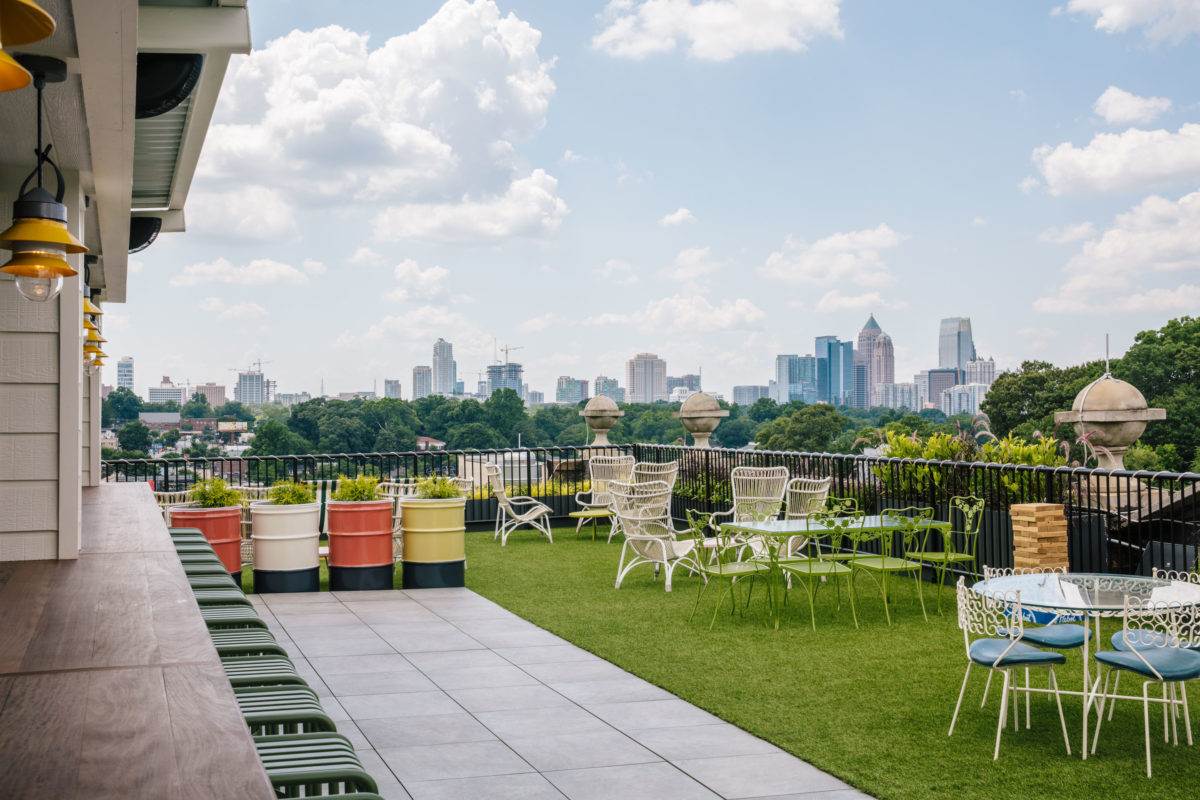 The Clermont offers fantastic rooftop views of the Atlanta skyline. 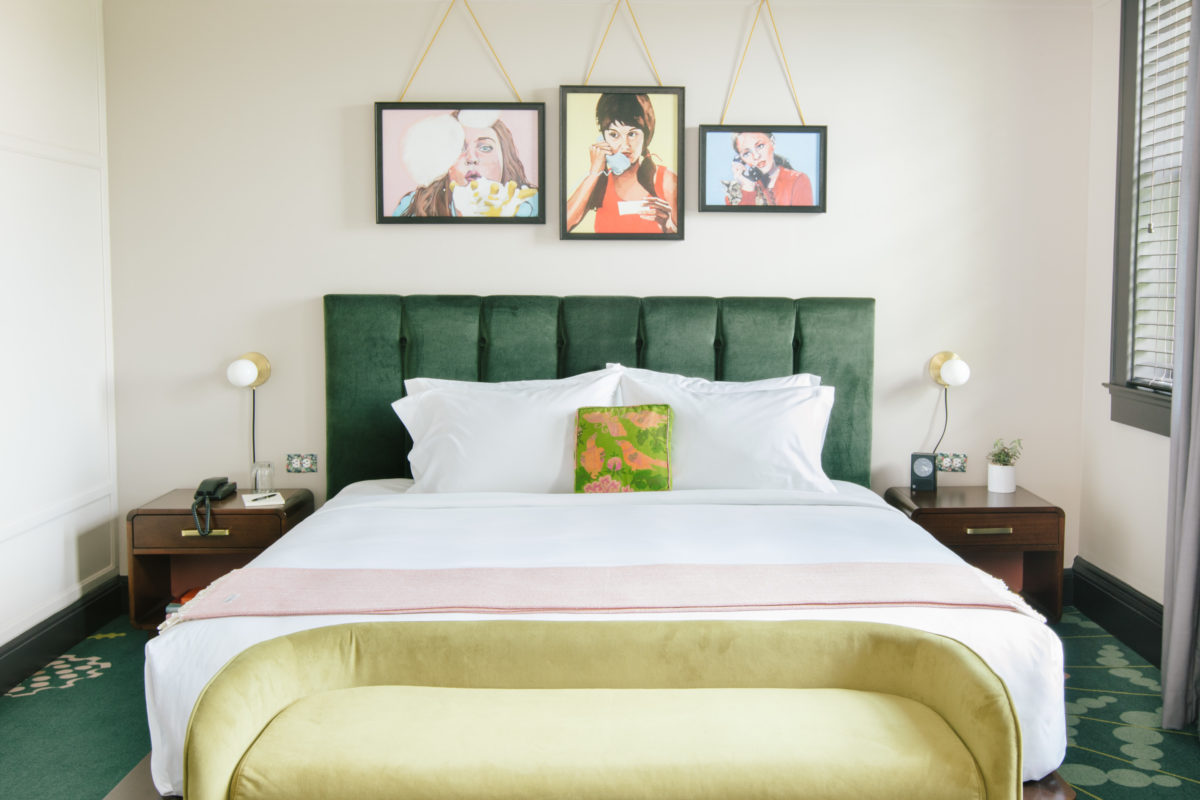 Inside one of the Clermont's guest suites.

Where to Stay in Atlanta

The Hotel Clermont is perhaps Atlanta’s most Instagrammable stay. After you’re done obsessing over the colorful guest suites—which can come with either King and Queen sized beds or bunk beds perfect for group trips—make sure to check out their restaurant, Tiny Lou’s, for French-American fare with a Southern twist, as well as their rooftop bar for romantic views of the ATL skyline.

The W Hotel is just as chic as ever in Buckhead, Atlanta’s most upscale neighborhood. Enjoy the sleek design they’re known for in their bar, restaurant, and living spaces; relax on their rooftop with sweeping views of the city; or explore the area around the hotel (especially high-end shopping at Lenox, just a four-minute walk from the property and a local staple.) 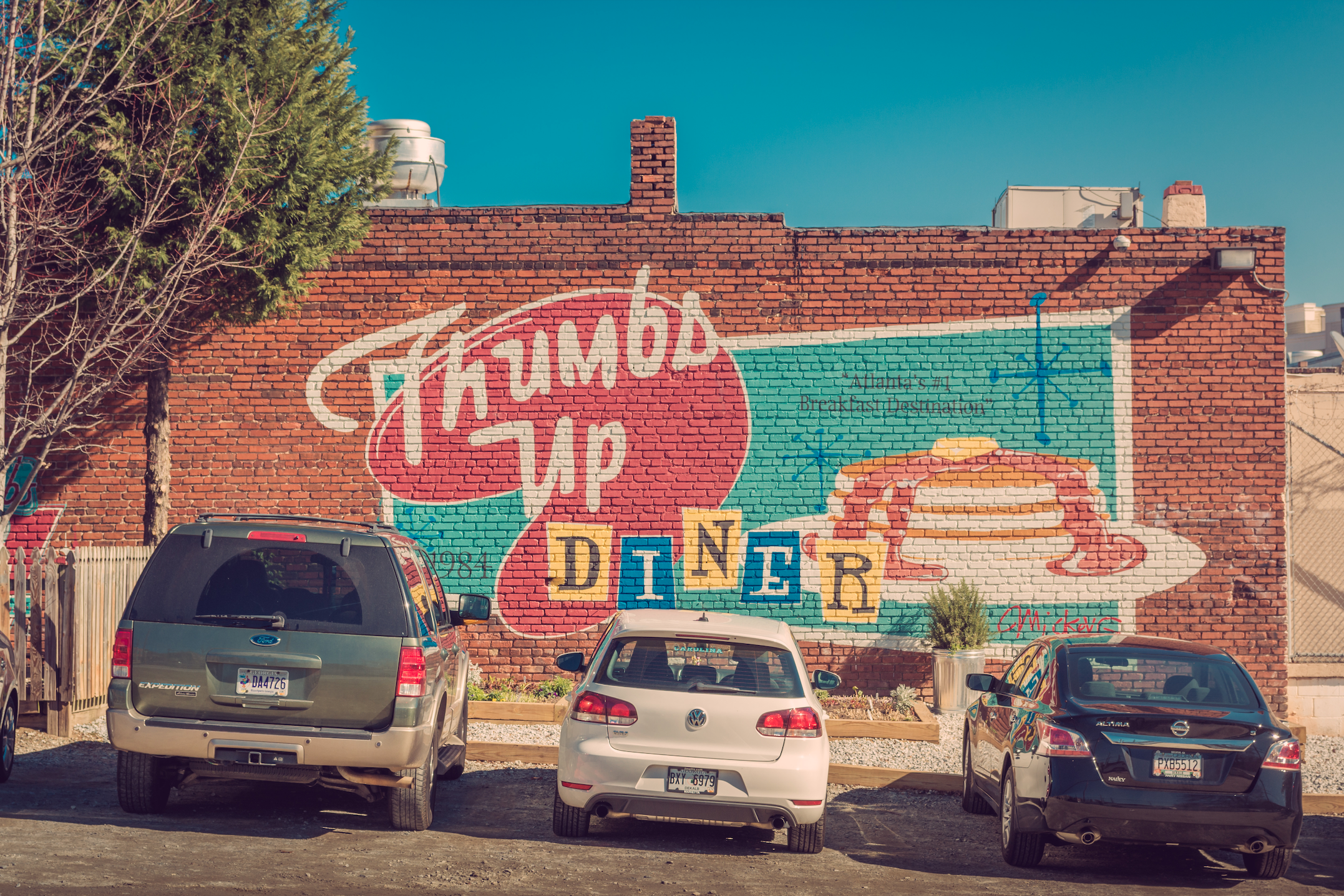 The Thumbs Up Diner has been serving Atlanta's brunch lovers for years. Photo by Lee Coursey. 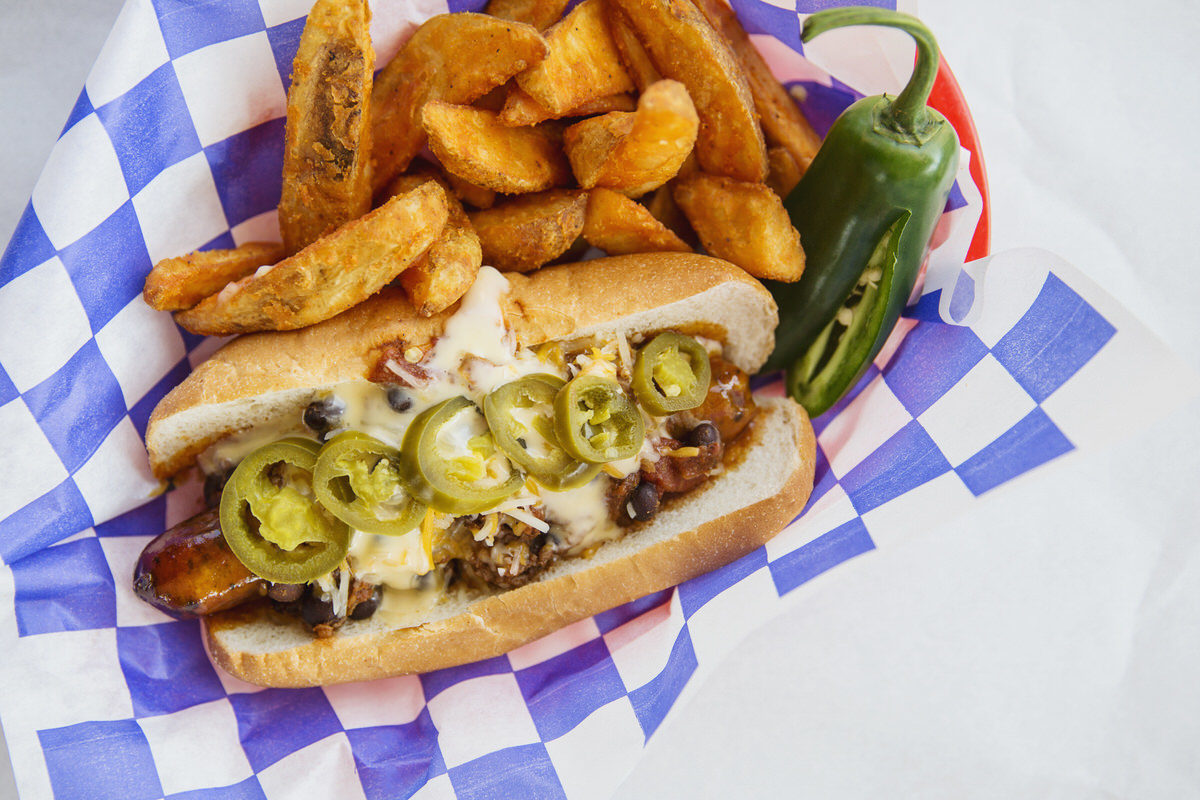 Where to Eat and Drink in Atlanta

Say what you want about the South, but when it comes to comfort food, I’m still not convinced that anybody does it quite as good as we do. This truth begins at breakfast (and especially on Sunday), most classically with chicken and waffles—a Southern combination that both confuses and delights! Try Atlanta Breakfast Club or the Thumbs Up Diner for some of the best. Alternatively, you can never go wrong with biscuits; in that case, check out Buttermilk Kitchen. 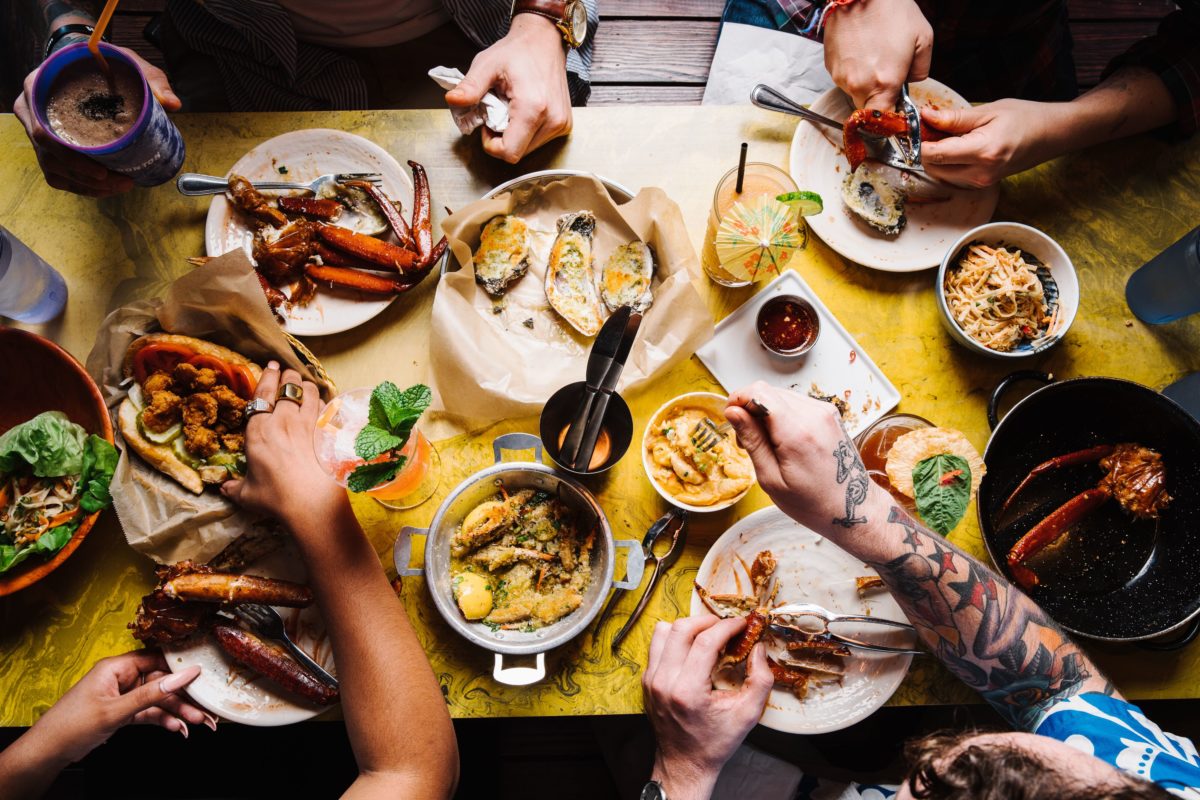 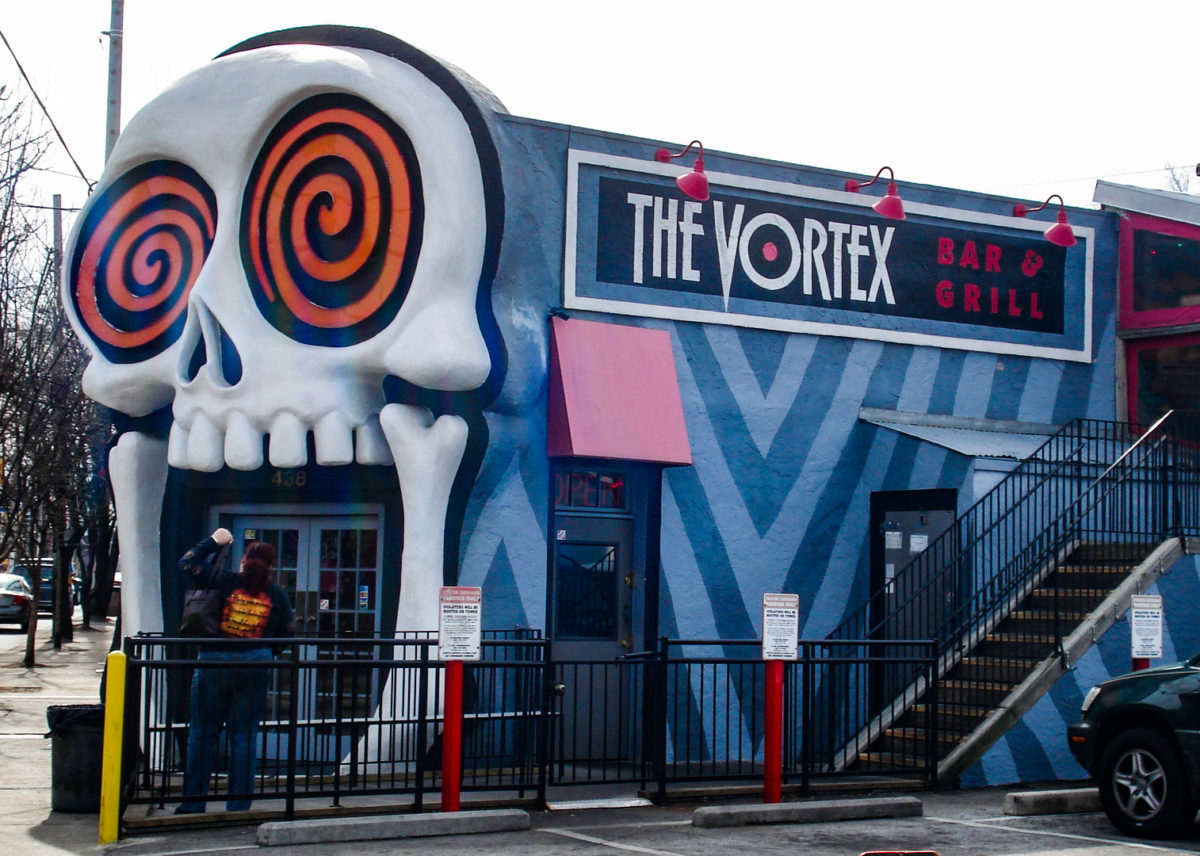 The Vortex has been an Atlanta institution since 1992.

Bon Ton for another full menu of Southern comforts, including fried oysters and catfish, shrimp po’boys, mac n’ cheese, and more. For upscale dining with a view, head to The Sundial, a restaurant and cocktail lounge located in an observatory that offers a 360º view of the Atlanta skyline. If you find yourself still near L5P, Thai 5 is a no-fuss little spot for great cocktails and a huge Japanese and Thai food menu, including sushi to die for.

I’m obligated to say The Vortex in Little Five Points, an Atlanta institution with an iconic exterior; there’s also Red Pepper Taqueria and Holeman and Finch. 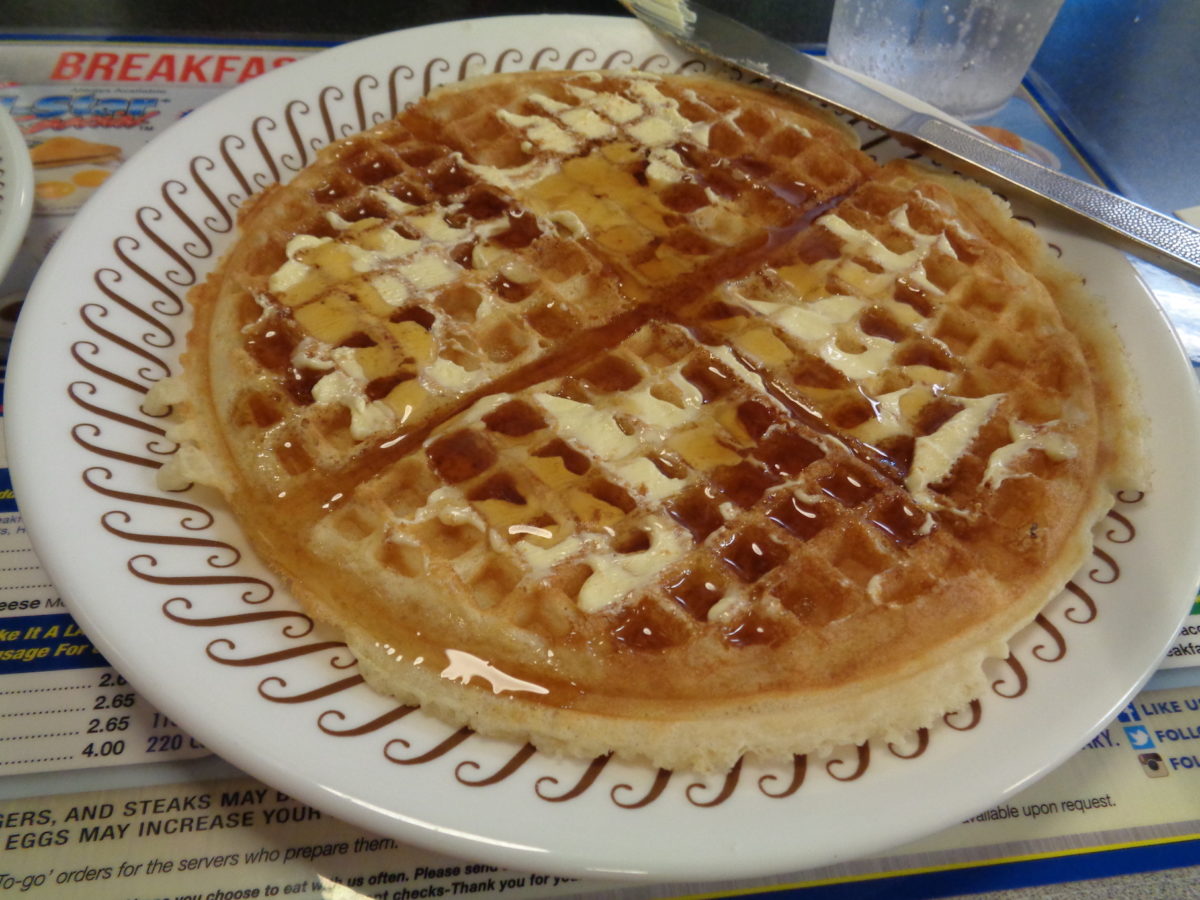 Waffle House: Forever in the hearts (and stomachs) of ATL residents. 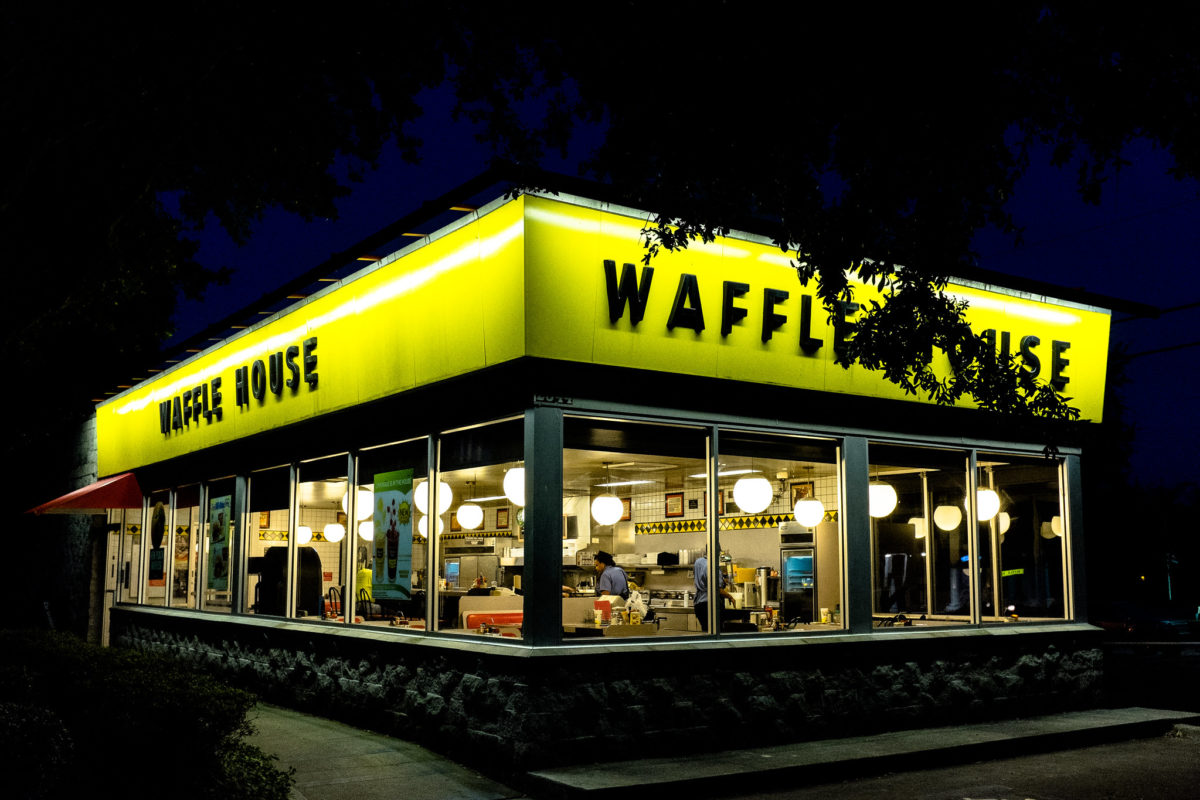 The #1 Place You Have to Eat

If you go to Atlanta without going to Waffle House, you haven’t been to Atlanta. Yes, we know it looks grimy—that’s what makes it beautiful to us—but the fluffy, piping hot, melt-in-your-mouth waffles with thick syrup are worth any initial hesitation. And better yet, you’ll also be shocked to find that Southern hospitality still exists here, even at two in the morning. 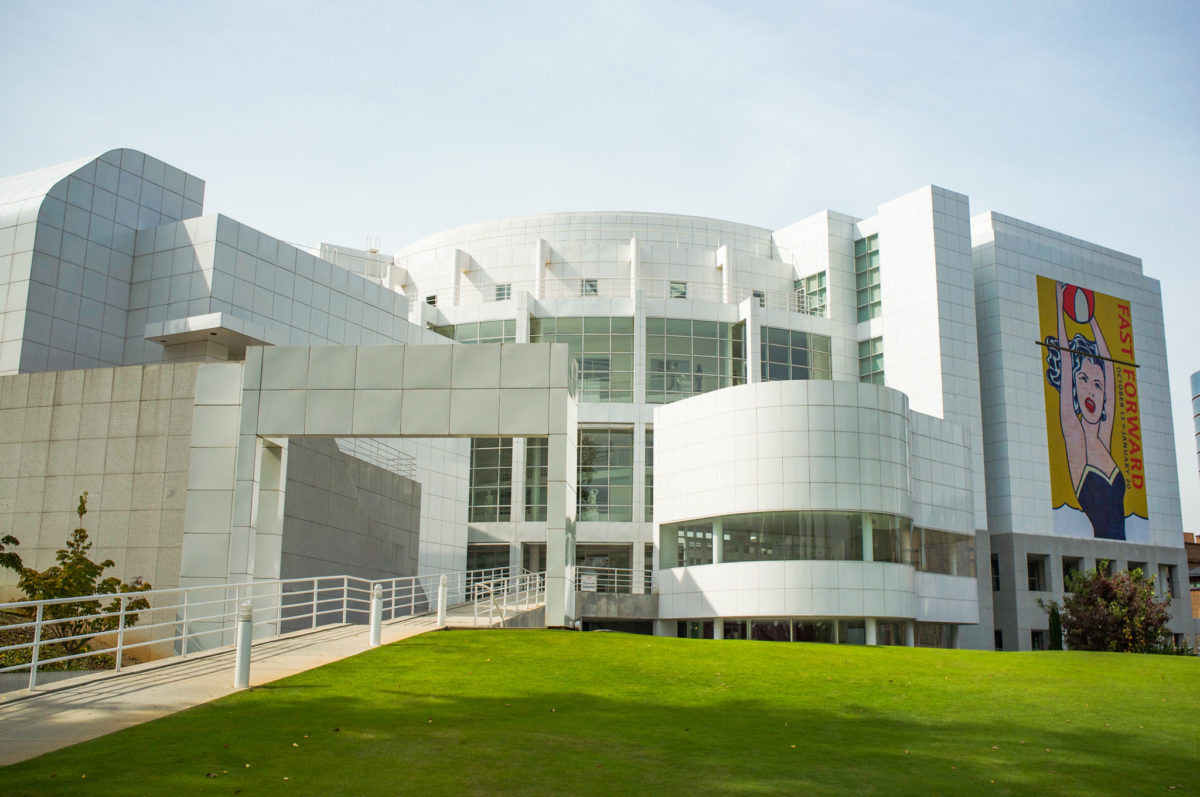 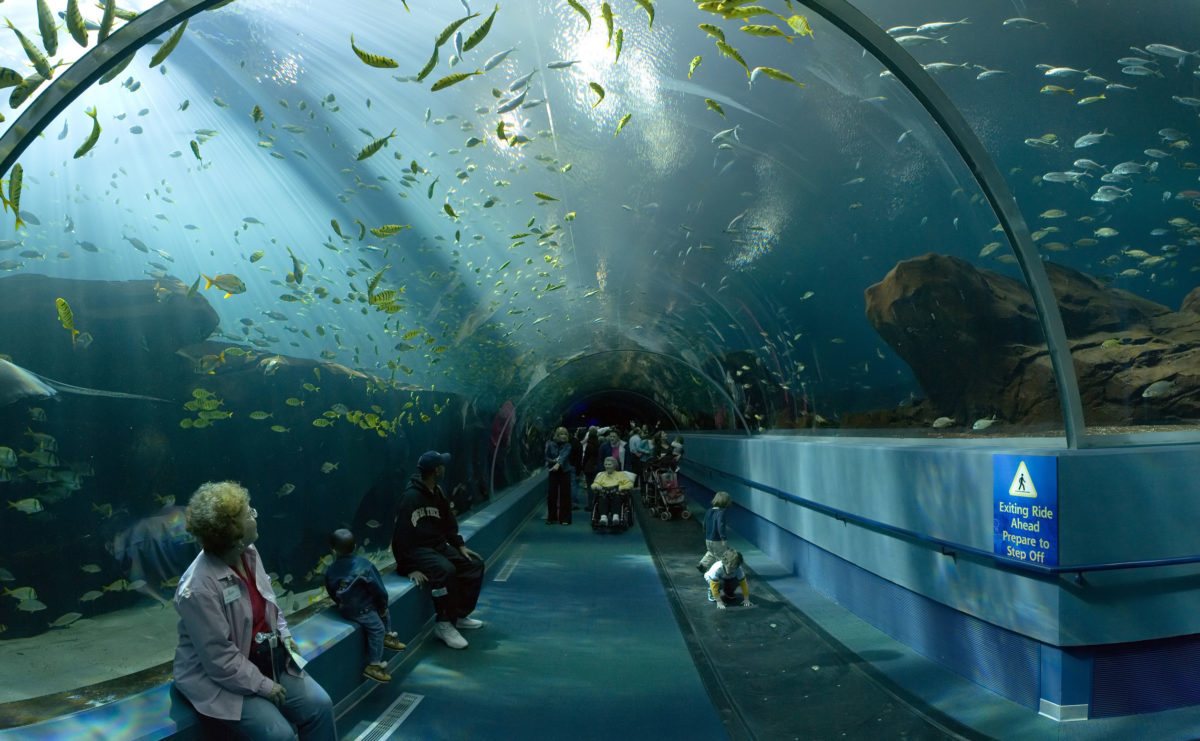 The Georgia Aquarium is the largest aquarium in the US. 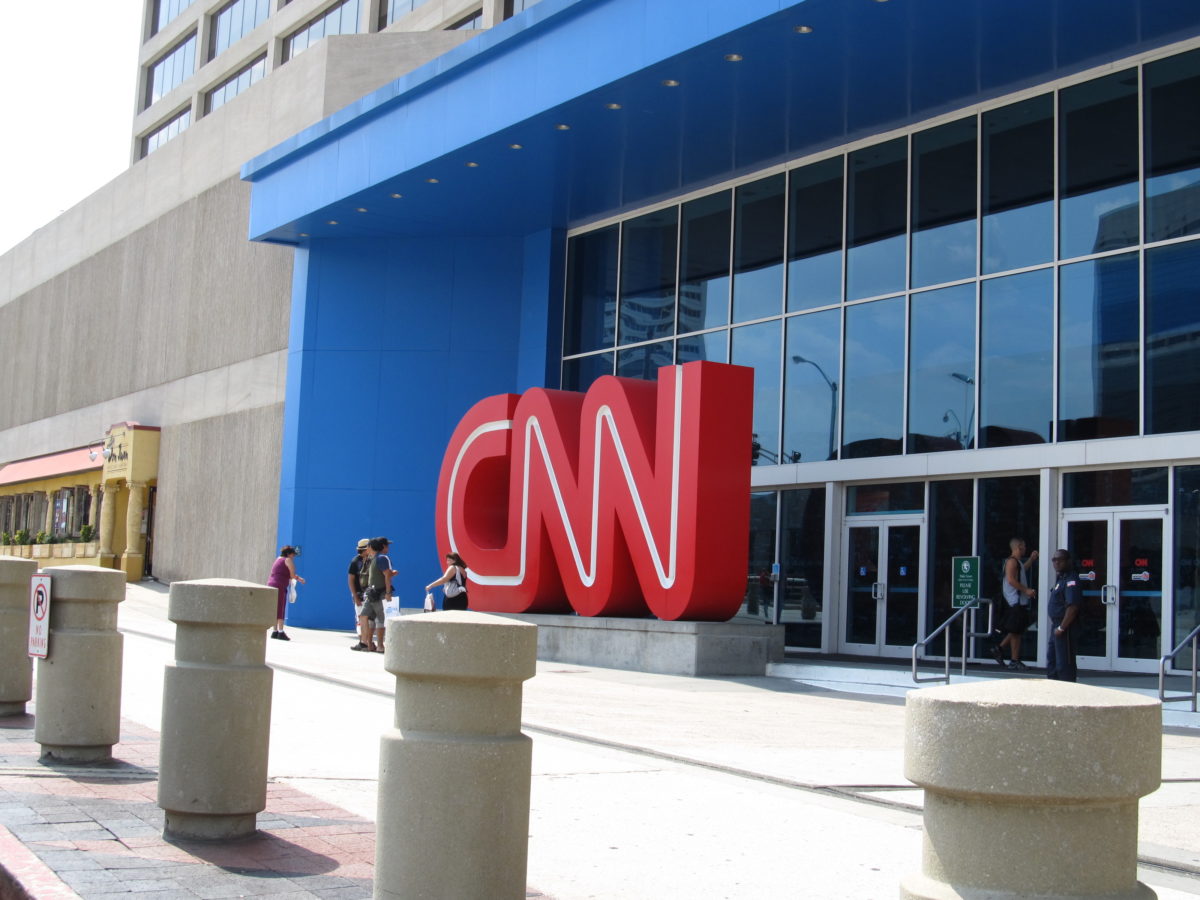 At the CNN Center, take a walking tour of CNN's news studios and learn how their broadcasts come to life. 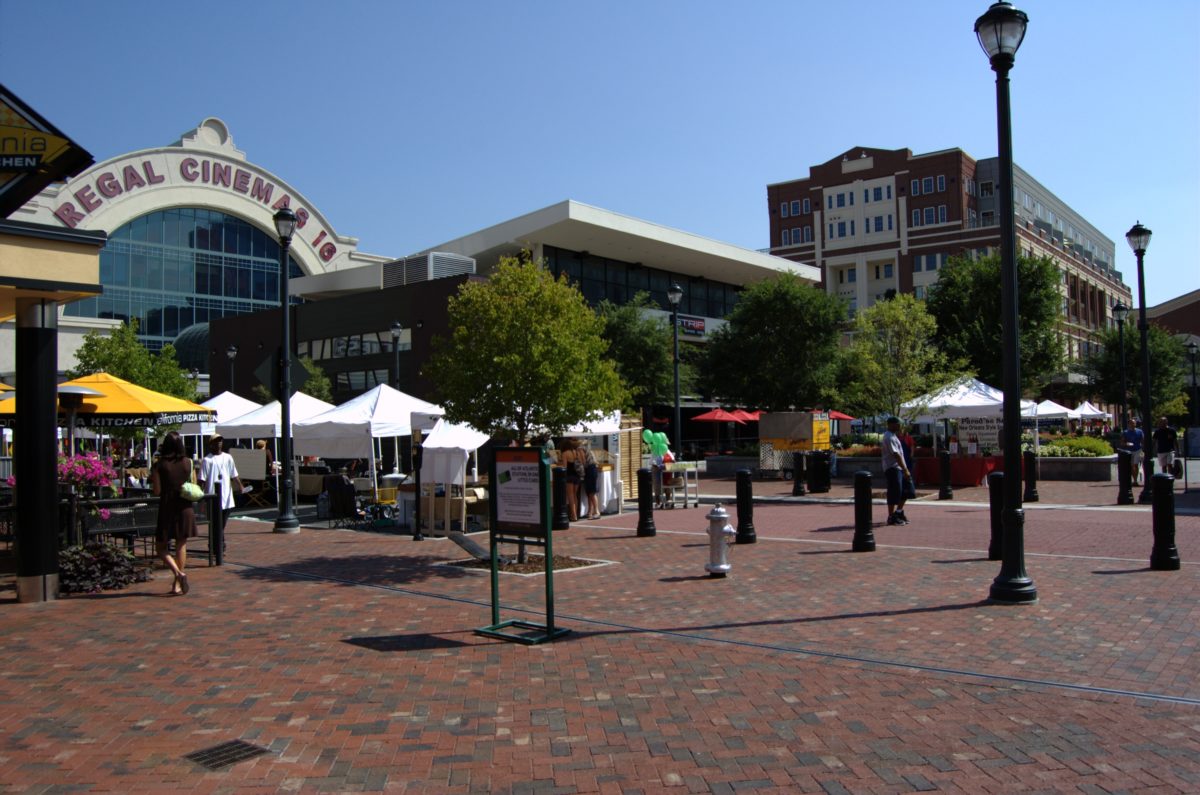 Atlantic Station is home to restaurants, shopping, movies, apartments, and Bodies: The Exhibition.

What to Do in Atlanta

We make it easy for tourists by putting all the essentials together in one place. The National Center for Civil and Human Rights, the Georgia Aquarium, and the World of Coke (where you can sample 60 flavors of soda—make sure to try the Beverly!) are all in the same park, and the CNN Center is on the other side of Centennial Olympic Park.

Last, Bodies: The Exhibition in Atlantic Station will blow your mind‚ although it isn’t for the faint of heart. 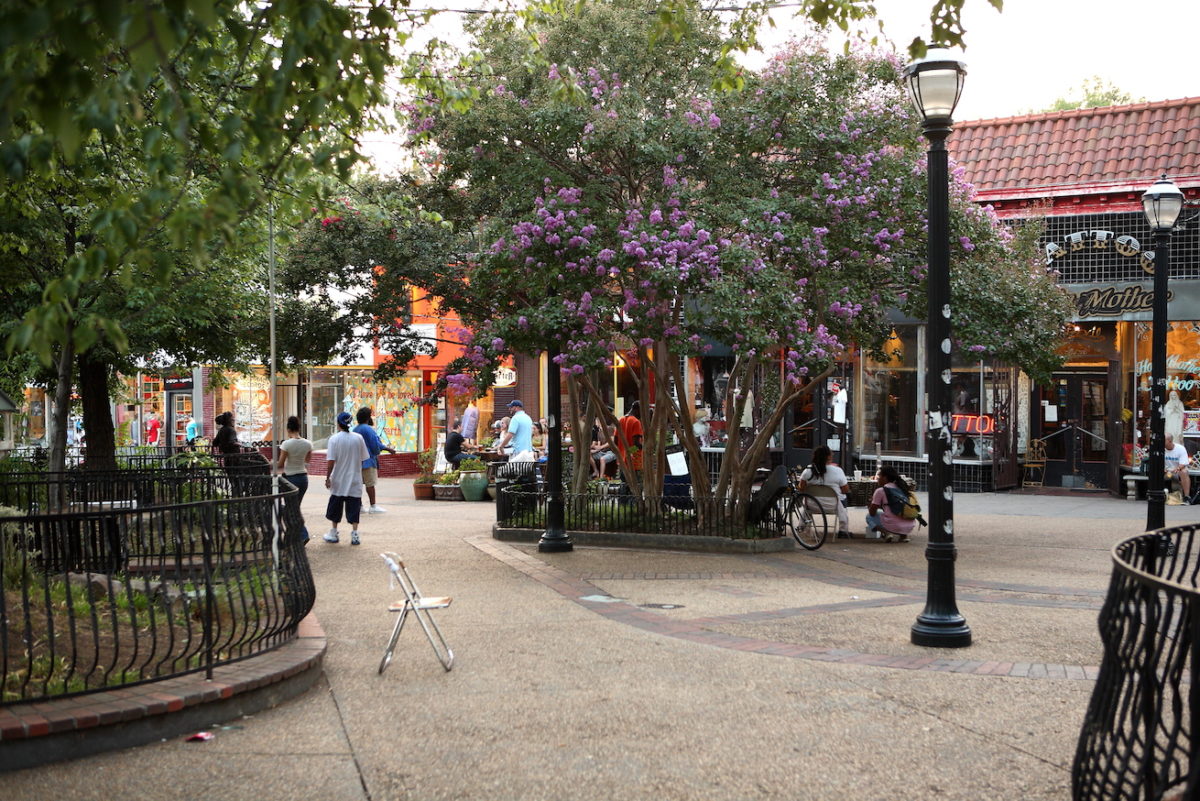 Little Five Points is a mecca for lovers of vintage shopping, music, and food. 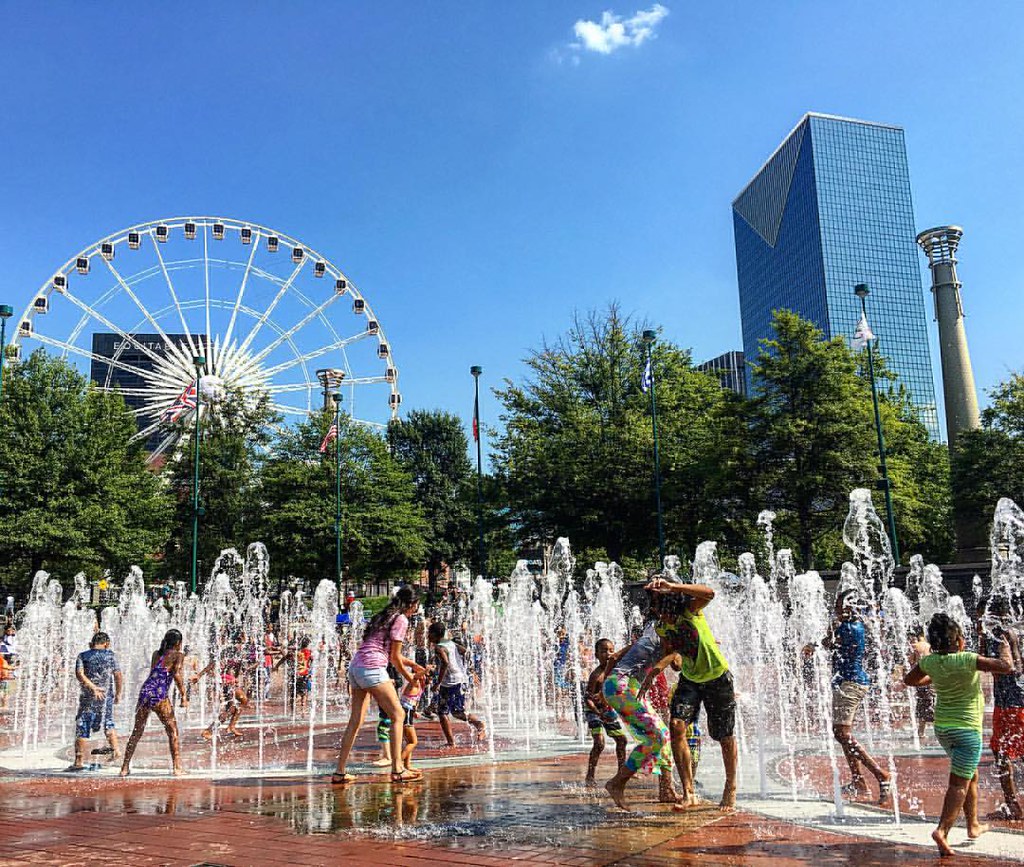 Little Five Points is the place to go for secondhand shopping. For the city’s best vintage finds, you’ll want to head straight to Rag-O-Rama, Junkman’s Daughter, Psycho Sisters, and The Clothing Warehouse. Although it’s not a clothing store, Criminal Records is worth stopping in for vinyls, comics, magazines, and other fun, alternative tchotchkes.

Pass Time in the Parks

You could pass endless afternoons in Atlanta’s parks, the best two of which are definitely Piedmont, prime for laid-back picnicking, or Centennial Olympic, where you can visit Atlanta’s iconic Fountain of Rings and get a great look at the SkyView Ferris wheel. 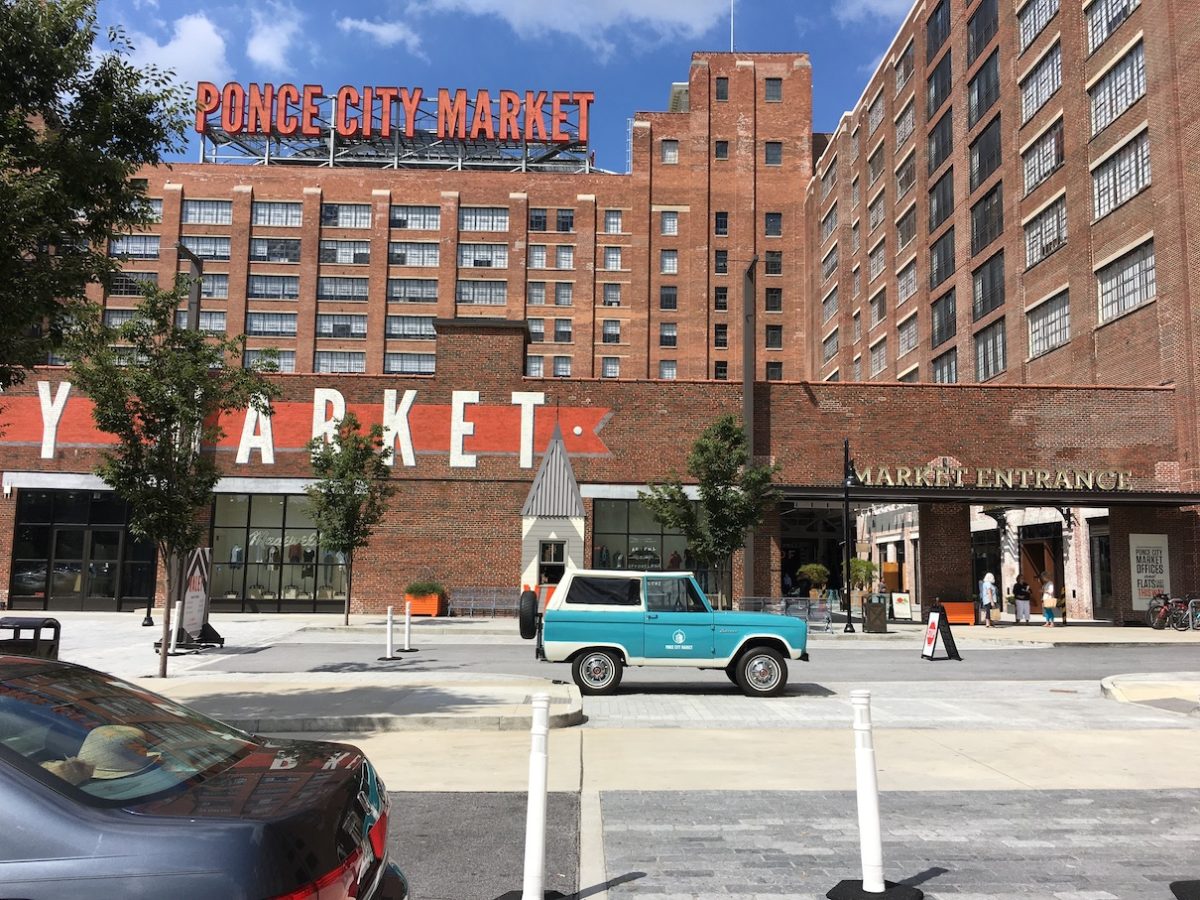 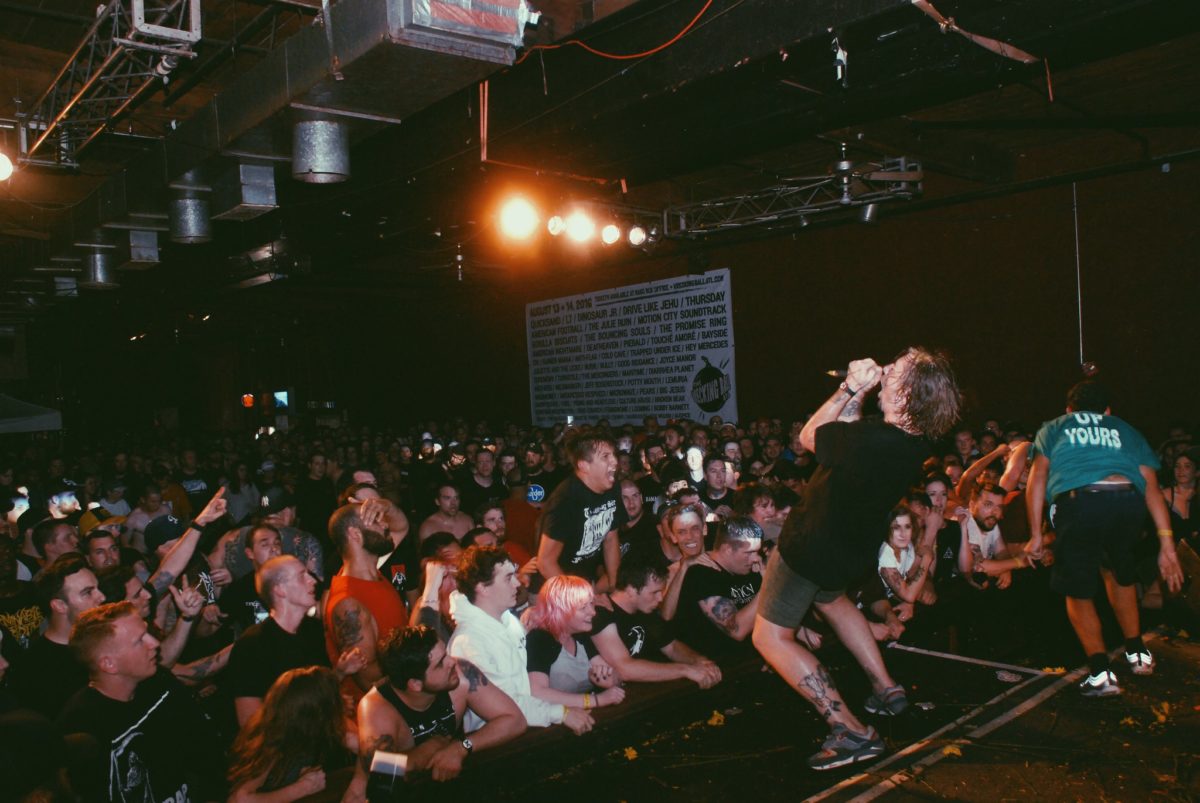 Opening in its original building in 1988, the Masquerade has been hosting Atlanta's best concerts for decades. Photo by Meline Gharibyan. 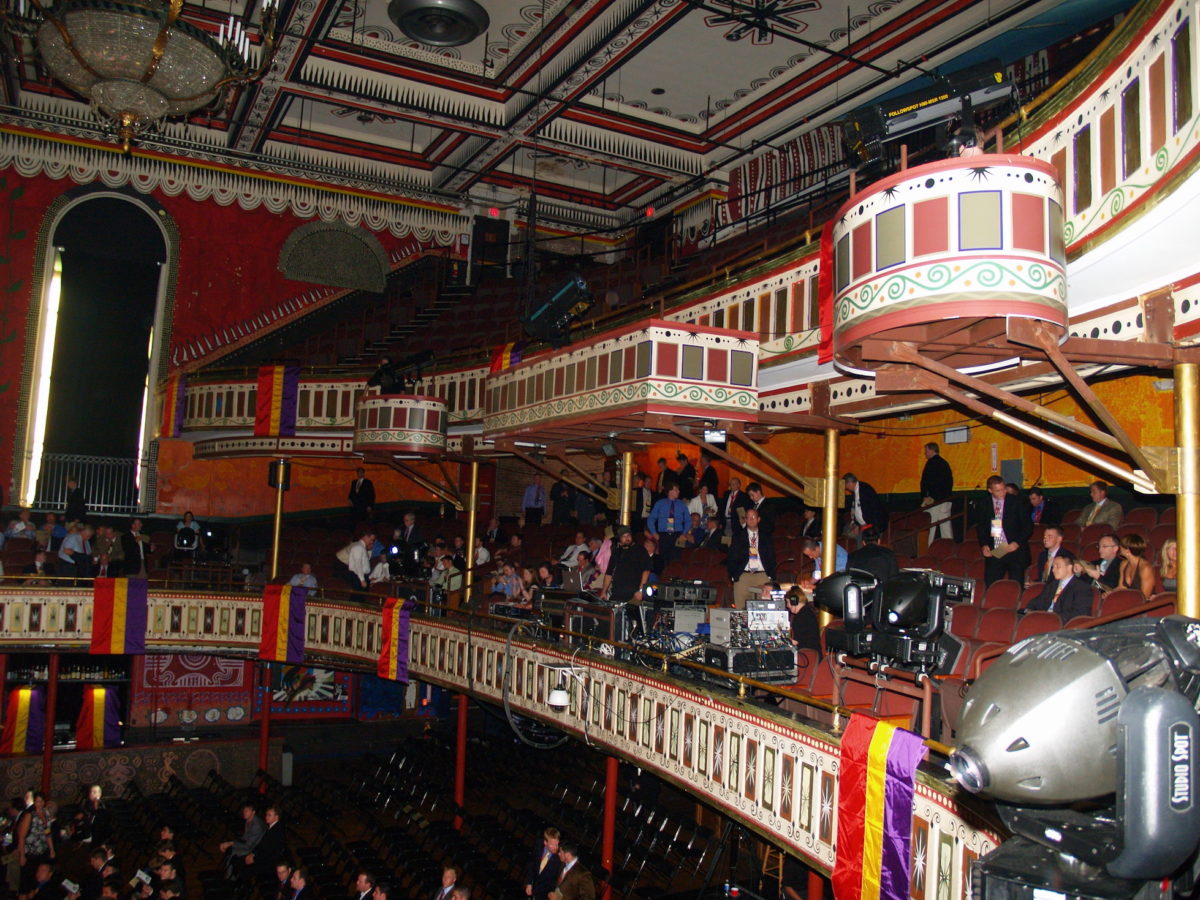 Initially a church, the Tabernacle was converted into a concert venue in 1996. 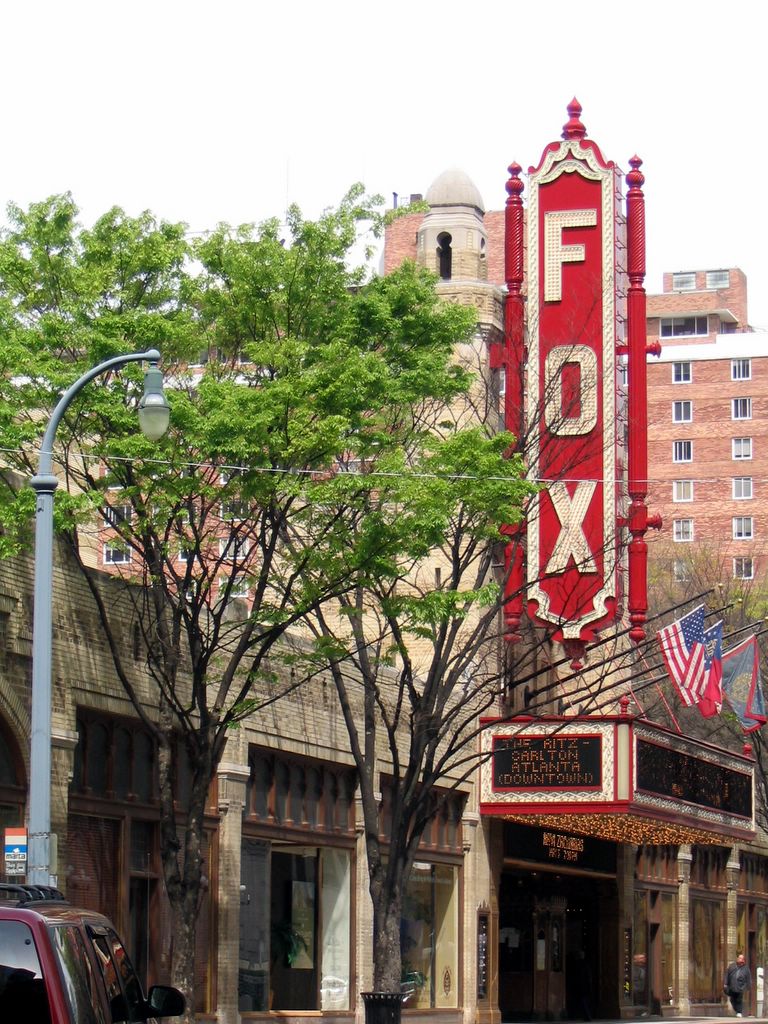 Also known as the Fabulous Fox Theatre, this performing arts hub hosts everything from concerts to ballets and musicals.

The High Line of Atlanta

Ponce City Market and Skyline Park are Atlanta’s answers to NYC’s Chelsea Market and the High Line. Stroll around, check out the outdoor pathways, sculptures, and views; find souvenirs inside the market’s many gift shops; crack open a cold one on the rooftop beer garden; and stop for a bite in the food hall, where you can find everything from gourmet Italian, ramen, and Indian street food to artisan coffee, edible cookie dough, and craft cocktails.

One of the best things about Atlanta is its endless live music and entertainment opportunities on any given night. The city is filled with legendary venues, including The Masquerade, no longer in its original building as of 2018, but still going strong as an institution; The Tabernacle, located inside an old church; the Fox Theatre, which hosts everything from ballets to musicals to dance troupes; and the Variety Playhouse, built in a renovated theater from the 40s (and, fun fact, the first place I ever crowd-surfed).

If you want to have a chilled out night but also maybe throw things at the silver screen, catch a film at the Starlight, a drive-in movie theater with eight giant screens (and a flea market on weekend afternoons). 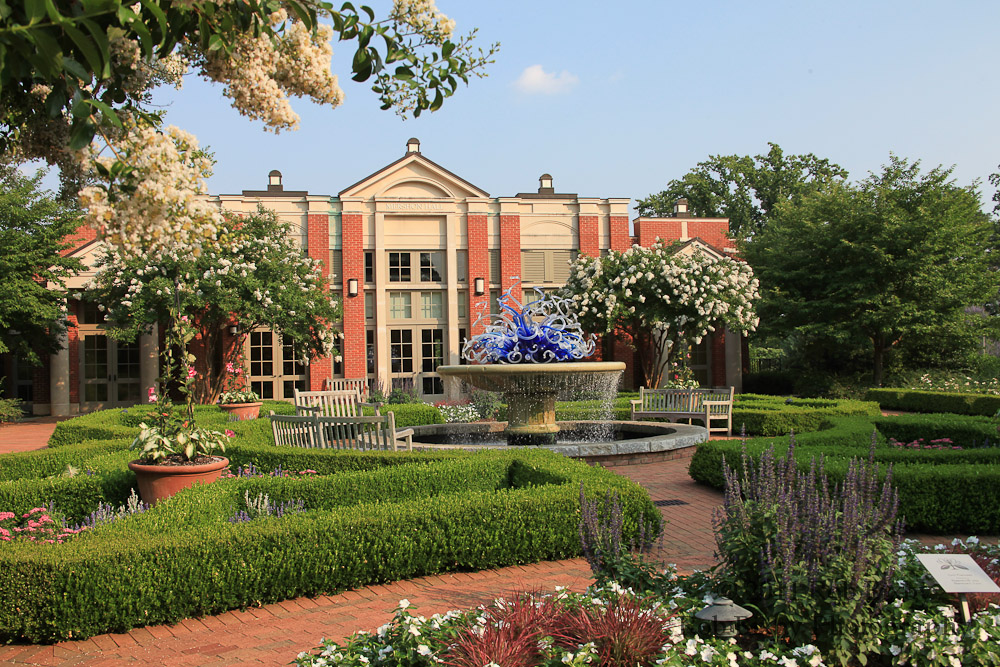 Atlanta's Botanical Gardens is one of the most romantic spots in the city. 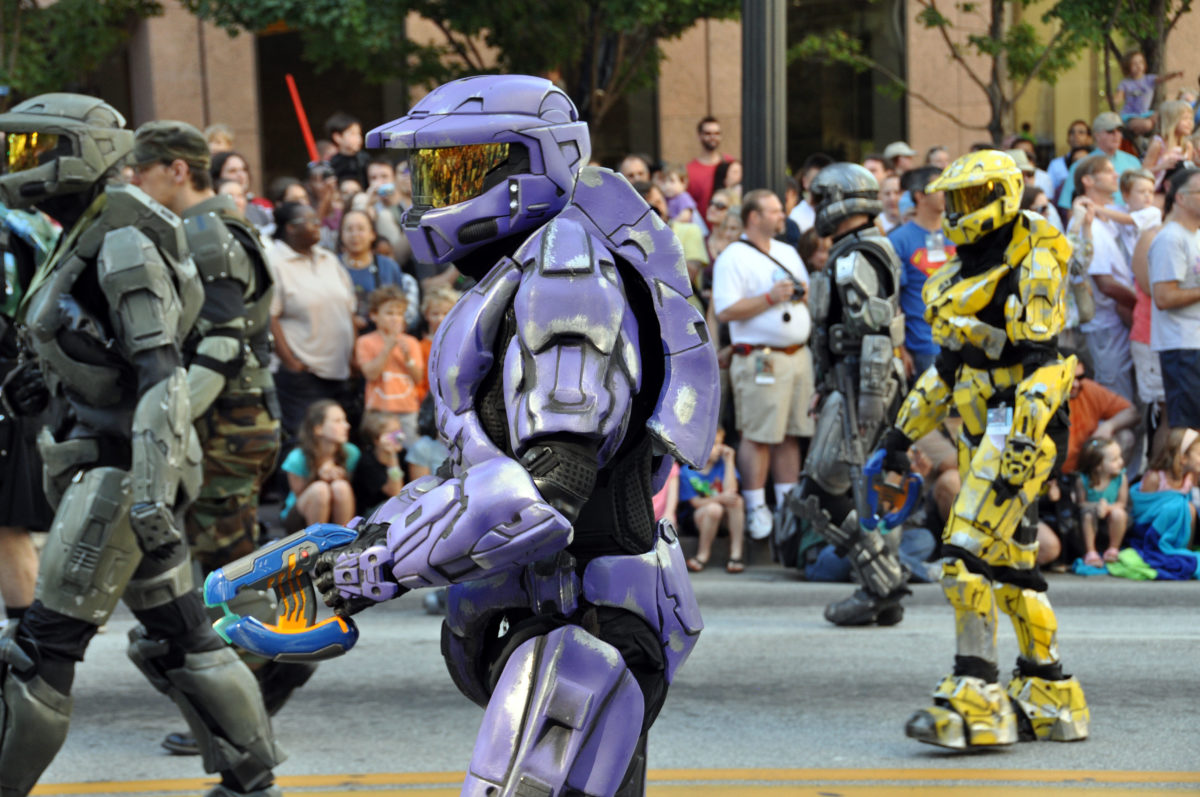 What to Know Before a Trip to Atlanta

Plan Your Visit Around Events

Atlanta Pride is legendary and draws several hundred thousand people each year to celebrate the city’s enormous, vibrant LGBTQ community and culture. Atlanta also hosts a series of annual music festivals worth scheduling a visit around: the Shaky Knees and Shaky Beats festivals in May, Music Midtown every September, and Afropunk in October are especially of note.

Winter in the city is also always lovely; the lights show at the Atlanta Botanical Garden is magical, and Atlantic Station transforms into a winter wonderland in December, bringing an ice skating rink and a German Christmas market downtown for the holidays. And for all my fellow nerds out there, DragonCon brings flocks of cosplayers and sci-fi and fantasy fans to the city annually over Labor Day weekend for a geek fest that rivals even San Diego Comic-Con.

Not only does Atlanta mimic Hollywood in terms of its star power and movie production—our traffic is just as bad. Still, driving is the best way to get around, so make sure to plan for peak traffic hours around 7 a.m. and 5-6 p.m. when things get really nuts. However, an anecdote: I once met someone who’d visited Atlanta before and, while driving down Highway I-85, was so shocked by how fast we drive that he had to pull to the side of the road to collect himself.

That being said, if you’re going to rent a car, prepare to keep up the pace—whether that pace is high-speed or so glacial that you’re essentially parked.