The best bars and restaurants in Chelsea may be hard to find—but Chef Nick Tamburo of Momofuku Nishi has you covered.

Chelsea is a tough nut to crack. It’s one of those New York neighborhoods that’s in between a lot of different hot spots like the Highline, Chelsea Market, and the Whitney Museum of American Art.

Many a visitor may find themselves wandering around the neighborhood not quite sure what to do with themselves, but luckily, Chef Nick Tamburo of Momofuku Nishi, Chelsea’s premier neighborhood restaurant, knows all the best spots to hit up. 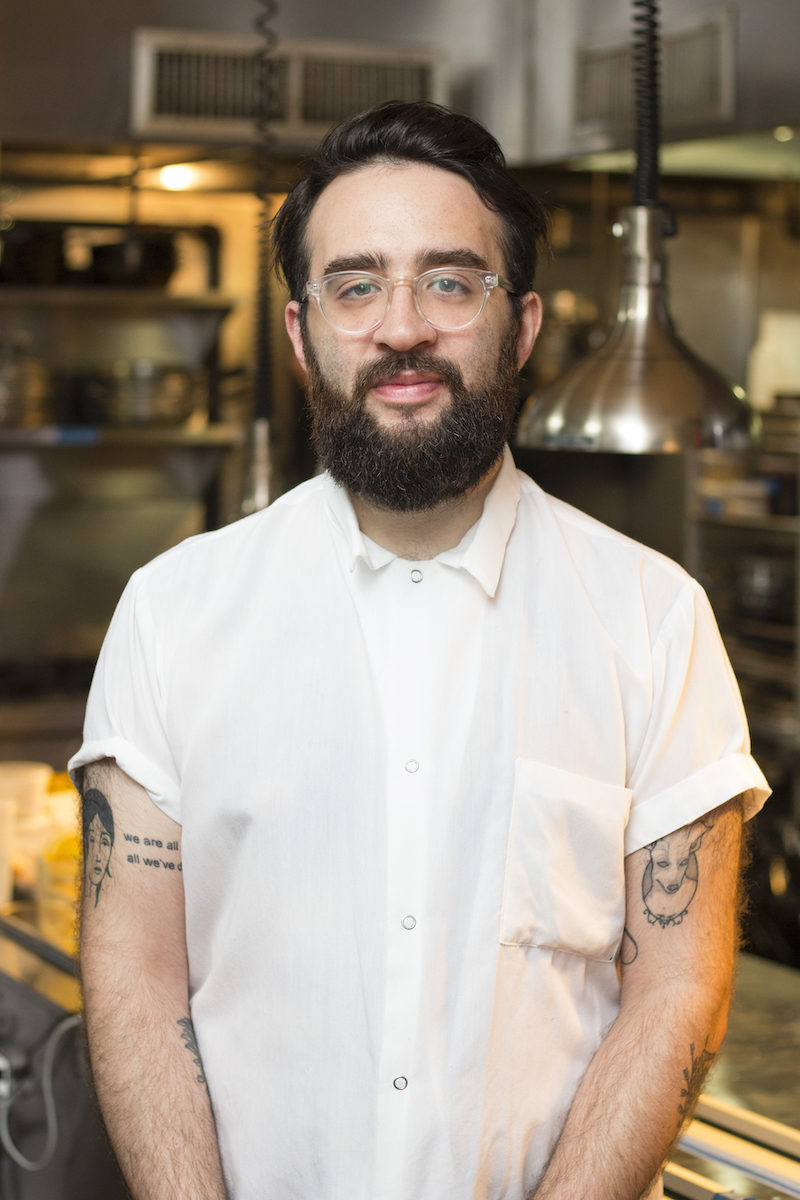 Chef Nick Tamburo knows where to eat and drink in Chelsea.

“Our neighborhood is a little rough around the edges, which I like,” says Tamburo. “There is a lot of cool history associated with the area. The Chelsea Hotel is around the corner, and I’ve always been a huge fan of that era of New York City, the 70s and 80s.”

Nishi itself opened in 2016, and serves up creative takes on Italian food with a constantly evolving menu, including the recent addition of a large-format whole chicken dinner that’s marinated overnight with calabrian chili, white miso, caperberries, garlic confit, and lemon. 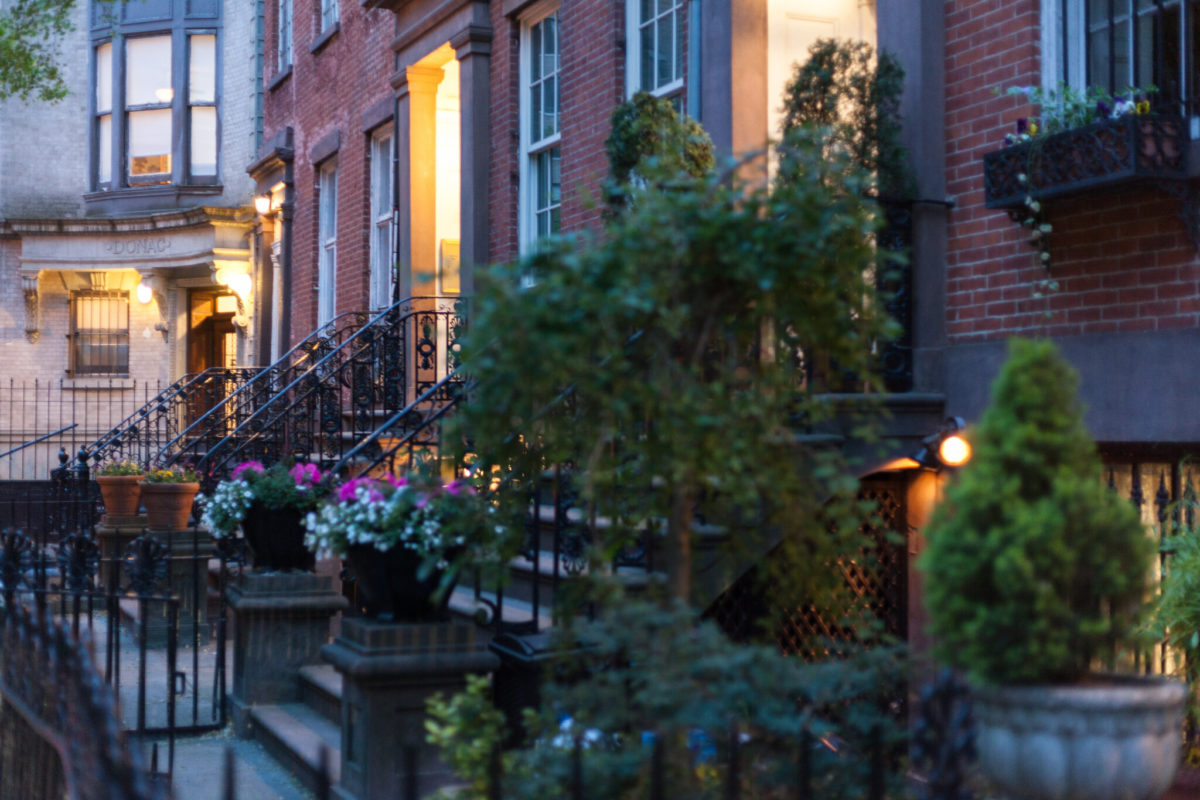 "We get a lot of people dining at Momofuku Nishi from the neighborhood and they're all really great," says Tamburo. "I think they're glad we're here." Photo by Nicolas Vollmer.

The Best Bars and Restaurants in New York City’s Chelsea Neighborhood, According to Chef Nick Tamburo

LTaS is a Detroit-style pizza spot right around the corner from Momofuku Nishi on 23rd street, and it opened pretty recently. The best part about it is that they’re open until 4 a.m. The second best part is that the pizza is really great. They bake the individual sized pies in these heavy duty cast iron pans and cut them into quarters.

An entire cheese pizza is only $5, but the pepperoni is the one to get. They have the “roni cup” pepperoni, the ones that curl up when baked and get really crisp and greasy—those are the best. You’re probably thinking, “an entire pizza for only $5? It can’t be very big!” but it is! I can’t even finish a whole one in one sitting. I usually eat half and then leave the other half on the counter and eat in the morning.

Johnny’s is quintessential New York City dive bar. It’s super small and intimate. I’m not sure how big it is, but it can’t be more than 500 square feet. It’s always pretty busy, so when you’re in there you feel like you’re part of some sort of exclusive club. They have a jukebox and cheap beer, what more do you want?

Grumpy has a few locations in NYC, but it would be hard to top this one on 20th Street. The front of the shop is super inviting and has a ton of plants. I really like to sit in the window and read if I have a little time before work. Out back they have a patio that is really secluded. It’s really quiet and makes you feel miles away from the city—a nice place to escape too. I always drink cortados, and they make a good one.

Do a quick google search and look at the picture of the front of this restaurant and you will know why I love it. La Bonbon (that’s what I call it) is incredibly charming and quirky, and in my dream life when I’m retired, I have breakfast there every morning.

The food is classic diner fare, the menu format and pictures are endlessly entertaining for me. None of the food is particularly good, but its not bad either—you will probably need to add salt to it—but that’s not why you’re here. You’re here for the top-notch atmosphere. There are lots of pictures on the walls, but there is this one of the chef with his crew, and I really really love it.

Los Mariscos is the seafood offshoot of Los Tacos No.1 in Chelsea Market. Los Tacos is known for making some of the best food in the market and some of the best tacos in all of NYC. Mariscos has awesome fish and shrimp tacos as well as ceviche and oysters.

Also, I love drinking micheladas there—it’s one of my go-to day drinking beverages. Another plus is that they have their own side entrance, so you don’t have to wade through all of the tourists to get there.

There are a lot of trendy bakeries in NYC these days, but Doughnut Plant has been around for a long time making awesome, innovative doughnuts. There is a location around the corner next to the iconic Chelsea Hotel. Sometimes if I have a little extra time, I’ll swing by for a doughnut and a coffee.

My go-to is the filled PB&J doughnut, it’s like the best peanut butter and jelly sandwich you could ever have. They do have a lot of seasonal flavors that constantly rotate, so there is always something new to try too.

McManus Cafe is the kind of timeless New York bar that you want to be a regular at. It’s always a super good vibe and the food is pretty great too—they have a solid burger. There are some cool old school telephone booths in the back. It’s a great spot when you want to grab an after work drink but also have a bite to eat.