You probably haven’t heard of Walworth, even if you live in London. When telling people that this is where I live, I tend not to refer to this area by its actual name, describing it instead as “sort-of-between-Camberwell-and-Elephant-and-Castle,” referencing the two better known areas that lie on either side of it.

Walworth is quieter than both – with the exception of a crowded high street full of takeaways and charity shops, and the occasional fruit and veg stall – as it is a largely residential area, rows of dollhouse-like Victorian terraces interspersed with sprawling council estates and brightly coloured children’s playgrounds. It isn’t as trendy as other parts of south London either – most of the bars and restaurants you’re likely to find in the usual travel guides are further south, towards Camberwell and Peckham (though there are an abundance of good food spots in Walworth, if you know where to look).

A bit of an in-between area then, though that is one of the things I like most about it – that it flies slightly under the radar, hidden away from the hordes that often descend on its rowdier neighbours for the occasional night out. Walworth feels like an area where people actually live, not just visit fleetingly. 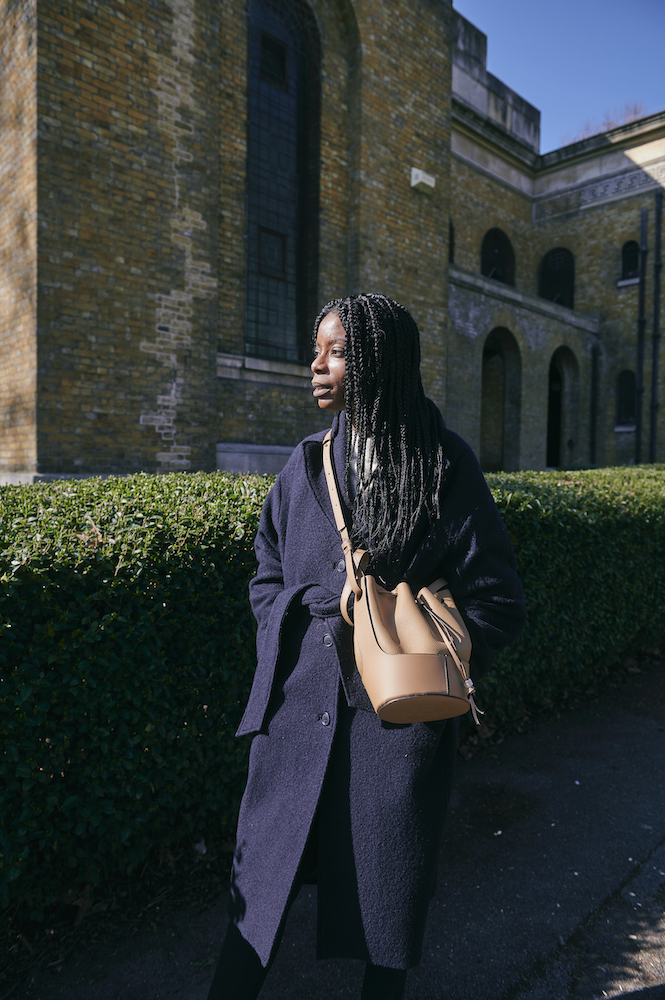 Here I must confess to some bias, on account of having grown up nearby – this is a part of London that I have always felt connected to. Still, having recently moved back after nearly two decades away, I have the sense of being something of a newcomer, of having to reacquaint myself with old haunts, while discovering the new.

And though many shops and businesses are currently closed as a result of the pandemic, I have still, in those absences, found a community pulling together to fill in the gaps: neighbours who intercept delivery men when they know I’m out; a shop assistant who lets me return to pay for something the next day because I have forgotten my wallet at home.

It feels like everyone wants to make life a little easier for each other. Of all the things that are likely to change as a result of our global annus horribilis, it is that sentiment that makes me the most hopeful.

Likely the Walworth landmark that draws the most visitors, Burgess Park is an enormous public park that encompasses a sizeable lake, outdoor café, children’s play area, and various sports facilities. I used to play tennis here as a kid, sporadically attending classes during the summer holidays, my mother convinced that my sisters and I would be the UK’s answer to the Williams sisters (alas). The old tennis court I used to practice on is still here, along with six newer ones, which you can rent out for a very reasonable £6 per court. 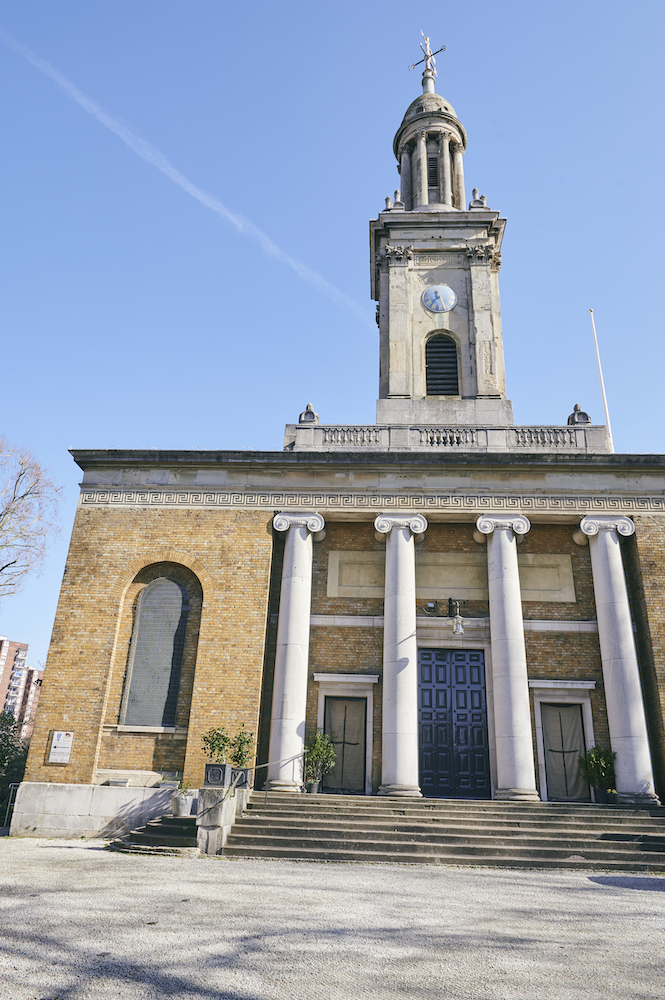 St. Peter's Church did what we all did during the pandemic: they went online, streaming services on Facebook.

Designed by noted architect Sir John Soane (whose most famous work is the imposing Bank of England, located in the City), St. Peter’s is a handsome church located just off Walworth Road. In normal times, the café in the church’s crypt is open to the public and provides an atmospheric pitstop, but for now I’ve taken to sitting on one of the benches dotting its serene courtyard, a beautifully kept garden planted with daffodils that are just now coming into bloom. I am not the courtyard’s only fan – Reverend Mother Delorine, one of the church’s ministers, describes it to me as “God’s creation” when we sit down to talk, at one point whipping out her phone to photograph a particularly bold squirrel that she informs me is her “picture of the day.” 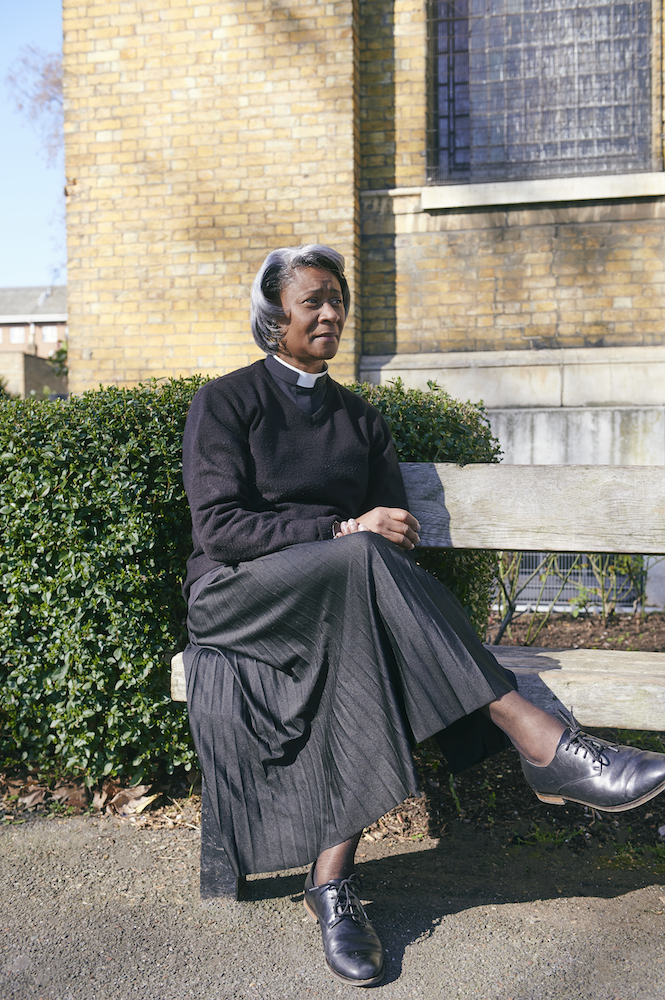 “Whether you’re religious or not, you’re still welcome to come into the church and soak up the whole presence, the whole ethos of what's inside," says Reverend Mother Delorine. 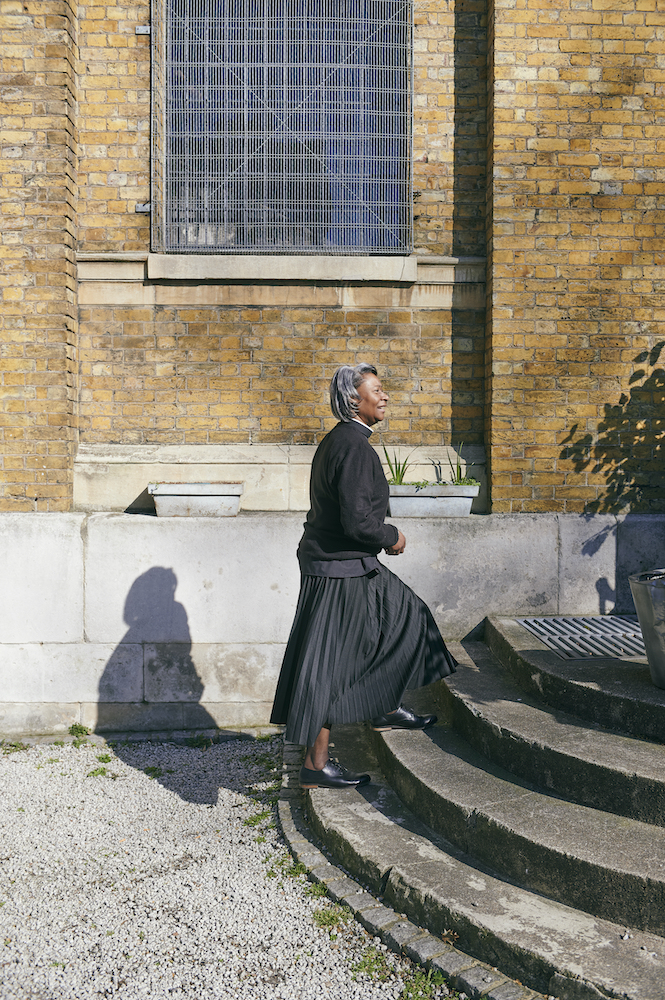 Mother Delorine on the steps of St. Peter's Church.

Having joined the parish in June 2020, when the UK was still in lockdown, I wonder how she – and the church – adapted to having to close their doors. The answer it turns out, is that they did what we all did: they went online, streaming services on Facebook. When I ask what the uptake for those online services has been like, Mother Delorine’s answer is emphatic. “Oh, phenomenal. Lots of people from all over the world are tuning in, it’s wonderful.”

Of course for many, churches are a place of solace during challenging times, and few times have been as challenging as this past year. “For me, it’s a privilege that people feel they can come to you and unburden, and that is what part of my ministry is – pastoral care for the parish, and for the community itself,” says Mother Delorine. St. Peter’s certainly hasn’t skimped on community outreach during the pandemic – in the early days of lockdown, the church worked with local restaurant Louie Louie (more on that below), obtaining a grant from the council and delivering food to the elderly.

For Mother Delorine it is a great honour that members of the local community have turned to her and her colleagues in recent months, and above all she is keen to impress on me that the church is here for everyone: “Whether you’re religious or not, you’re still welcome to come into the church and just to soak up the whole presence, the whole ethos of what’s inside.” 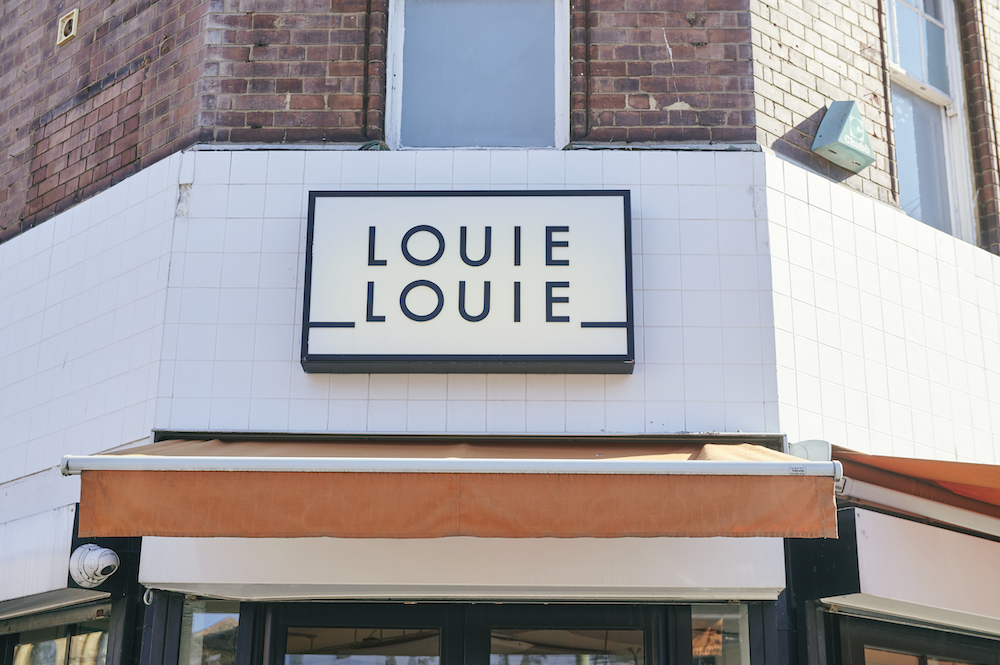 Louie Louie, a coffee shop on Walworth Road, has donated over 10,000 meals through various aid efforts since the pandemic began. 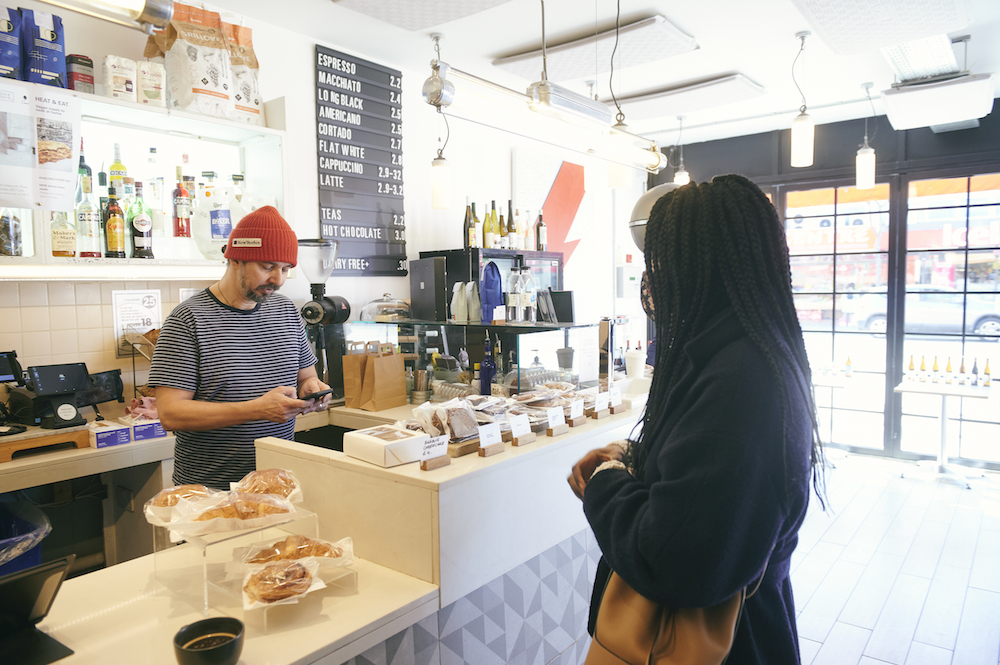 On to Louie Louie, a coffee shop-slash-restaurant-slash-bar that opened on the Walworth Road in 2017, and has been running deli-style takeaway during the pandemic.  As well as sourdough bao buns and vegan pizzas, Louie Louie also does a fine line in pre-mixed cocktails, and is well-stocked with a selection of organic wines. The week after I moved back to the area, finding myself with neither a cooker nor a fridge, I stopped in almost daily, picking up fresh salads and sandwiches for lunch (their smoked salmon and labneh with pickled cucumber has become a firm favourite).

The foodies guide to central London → 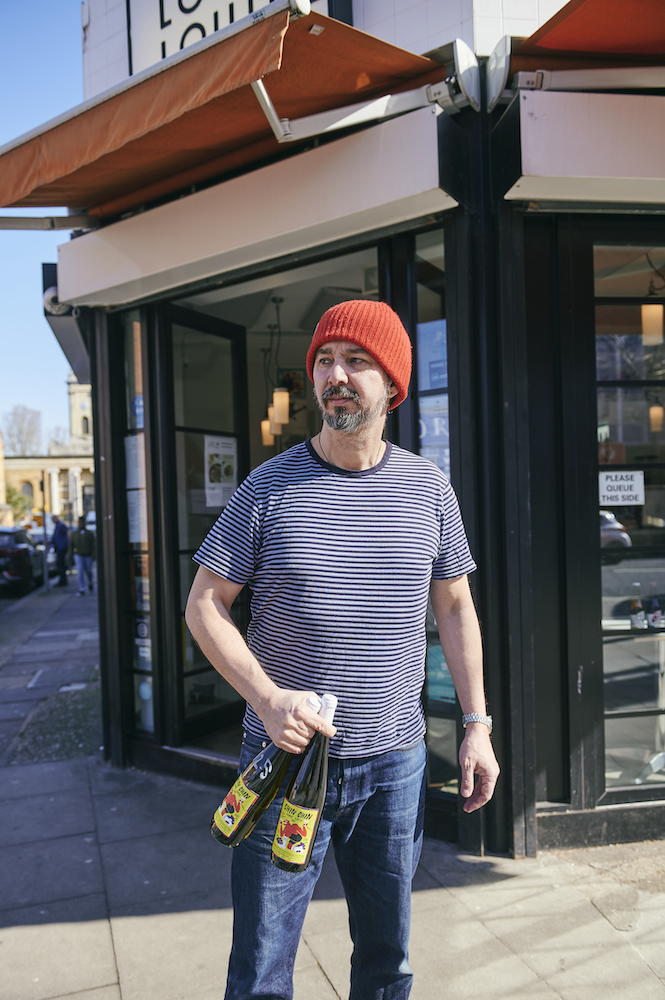 Louie Louie has also been doing their bit to help the local community during the pandemic – owner Chris Greenwood tells me that from March to September of last year, they ran a Neighbours In Need programme, whereby for every £5 donated, Louie Louie cooked and delivered a nutritious hot meal to members of the community who were self isolating, or to families who were no longer receiving free school meals. In total, they ended up cooking and delivering an impressive 4,000 meals. In addition, they contributed 7,500 meals to the charity Meals for the NHS, for health service workers working on COVID wards. And over the summer, Louie Louie took over the tennis pavilion in Burgess Park, raising £27,000 for the tennis club, which will provide free tennis lessons for local youth, when the pandemic is behind us. 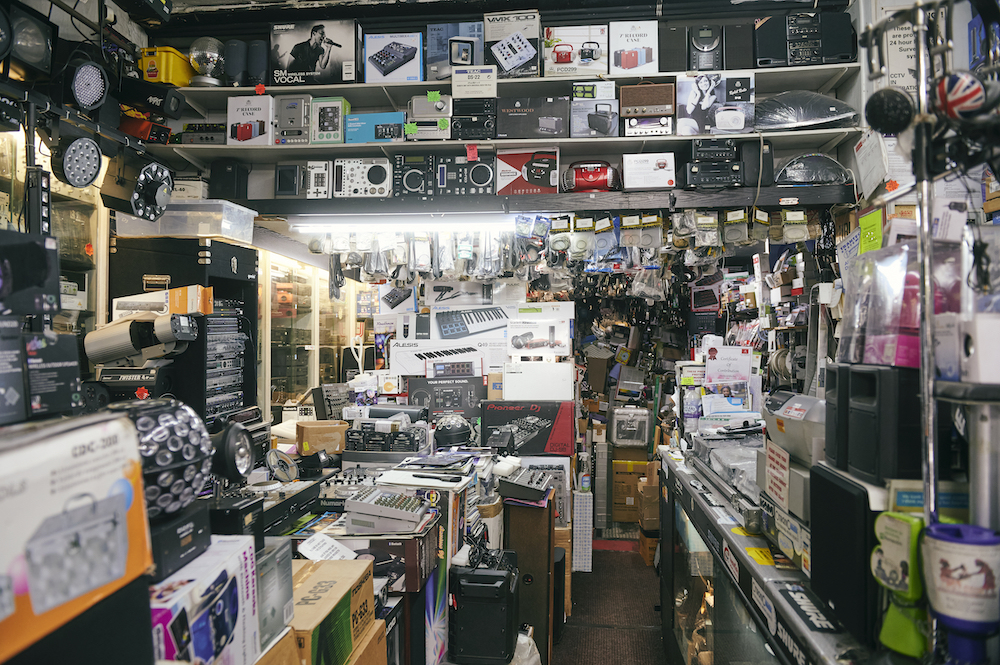 Inside MCQ Entertainments, a fixture on Walworth Road for over 48 years. 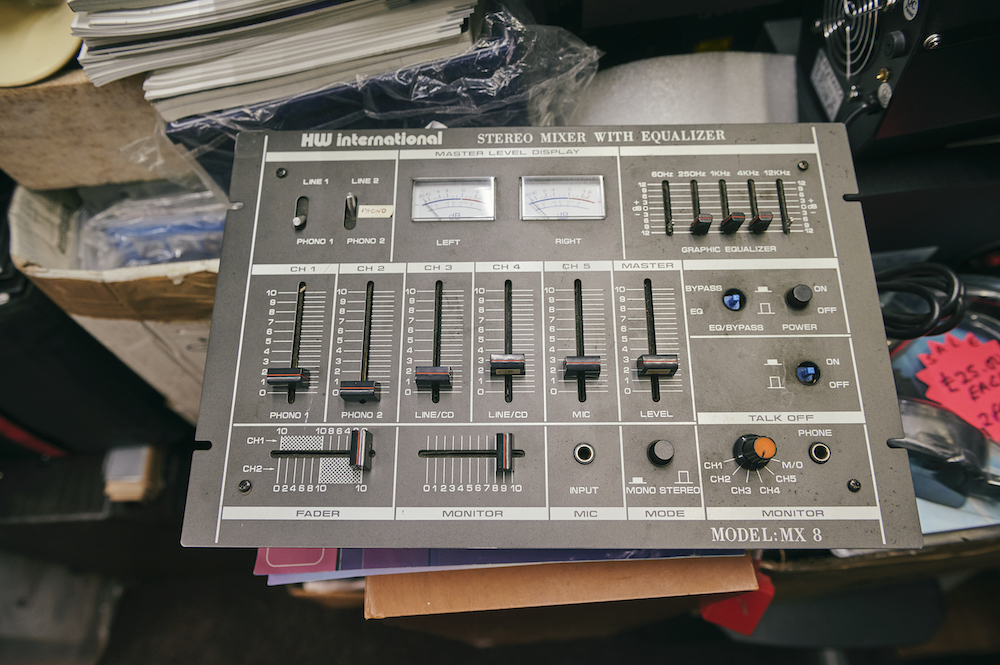 Some of the specialist AV gadgets you'll find at MCQ Entertainments.

A specialist AV shop, MCQ Entertainments isn’t necessarily somewhere you’d have reason to visit on a regular basis. But this shop, or rather its owner Clyde Quamina, is an important piece of Walworth Road history, having been on this street for a staggering 48 years. 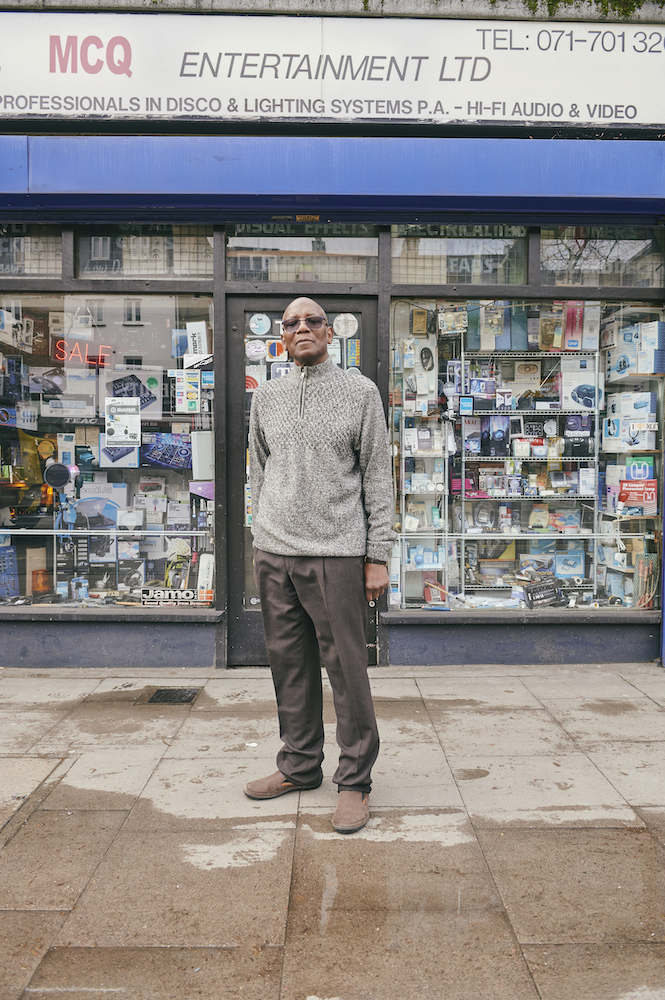 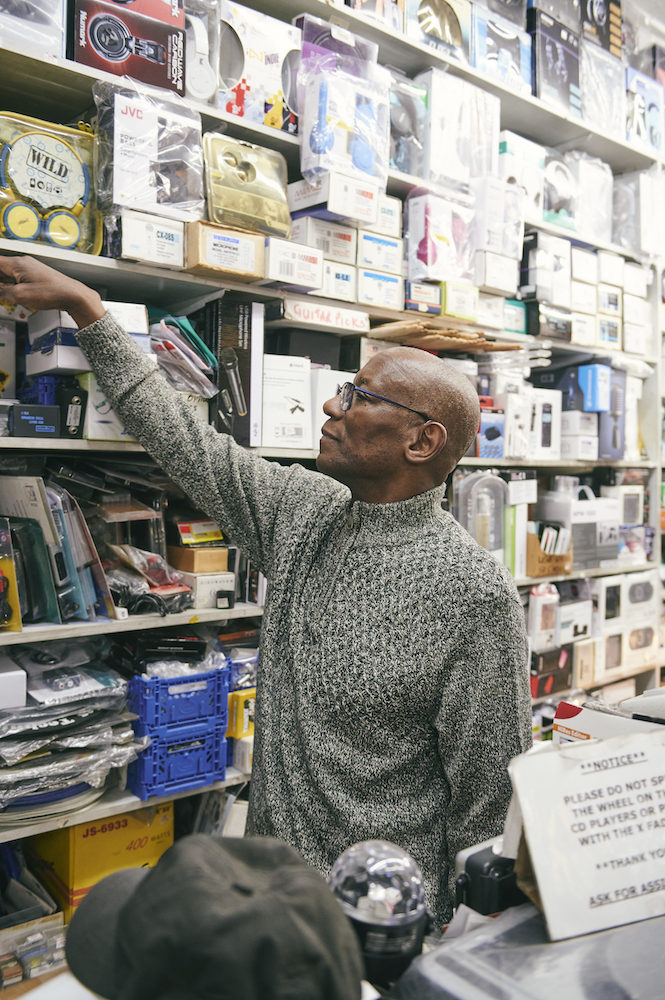 “All they want to do is fill up the place with high-rise buildings," remarks Quamina on the recent changes in Walworth.

When I ask Quamina what he likes most about Walworth he instantly points out that it is “very much a family area.”

And having been on this street for 48 years, he is better placed than most to note how much it’s changed – though not always for the better. “The library and all those places… the town hall – most of them are gone now. Relocated to different places, different areas.” We don’t use the word gentrification but it’s obvious that that’s what we’re talking about, and Quamina is unequivocal about the impact of certain recent changes. “Anyone you speak to will say it’s a lot worse. Don’t get me wrong, evolution and some of the changes that have happened, some of it happens naturally.” But he is wary nonetheless. “[East Street Market] is just about still there at the moment – they’ve been trying to close it for years,” he says. The “they” he refers to presumably being the local council. “This is what they do, slowly, one thing after the other,” he adds, referencing the recent closure and planned demolition of the Elephant and Castle shopping centre, a local landmark where I spent many an afternoon as a kid, either despatched by my mother to pick up groceries, or trailing through the Superdrug trying on nail polishes with my older sisters.

“All they want to do is fill up the place with high-rise buildings. That’s what Southwark [council] in particular is interested in. They’re not interested in the businesses, they’re not interested in the local people anymore.” Though I can’t find any clear evidence that suggests Southwark Council is indeed trying to close the market, there is some truth to what Quamina says. Walking down the Walworth Road, I’m constantly struck by the number of shiny high-rise flats that appear as one gets nearer to Elephant and Castle – they certainly weren’t here when I used to live here fifteen years ago, and I wonder how many local people are able to afford to rent them, let alone buy. 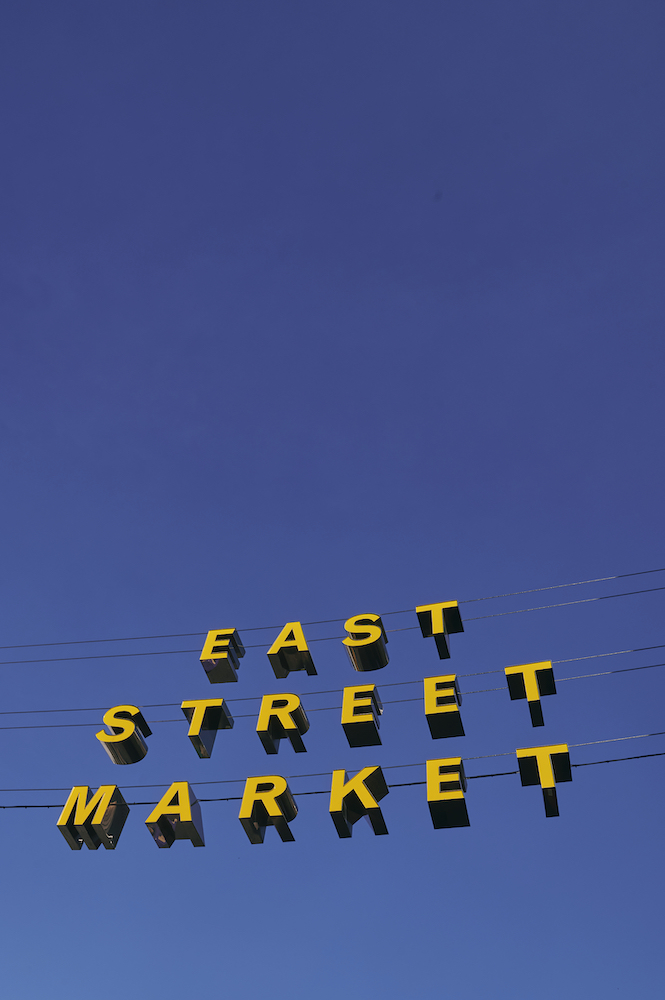 Visit East Street Market on a Saturday, and come with plenty of cash and a tote bag to stash all your goodies.

Our final stop is East Street Market, a lively street market where you can buy everything from fruit and veg to makeup and second-hand clothes (and rumoured to be where Charlie Chaplin was born). For the full experience, visit on a Saturday, when market traders call out prices, their stalls piled high with satsumas and pears. It’s virtually impossible to leave East Street Market empty-handed, so come with plenty of cash and a tote bag to stash all your goodies.