Badlands National Park, home to some of the most stunning landscapes in both South Dakota and the U.S. Photo by David Restivo via the National Park Service.
SnapshotTiana Attride

On this week’s travel crush, we head for the most underrated area of the United States—the American Midwest.

I was born and raised just outside Atlanta, Georgia, and being a Southerner, I feel a certain kinship with folks living in the Midwest.

Both regions are known for their small cities; for their suburbs and vast stretches of farmland. Both are regularly deemed “backward” compared to the Northeast and the West Coast—beacons of liberalism where, apparently, nobody has ever said or done anything problematic and no objectionable politicians have ever been born.

It’s easy to turn “flyover states”—areas of the U.S. most travelers consider “boring”—into monoliths of regressive ideals. But while people from New York, Los Angeles, and other cosmopolitan cities like to believe they and their neighbors have all mastered the art of activism, it’s often the work of locals in these “othered” states that set the standard for change. 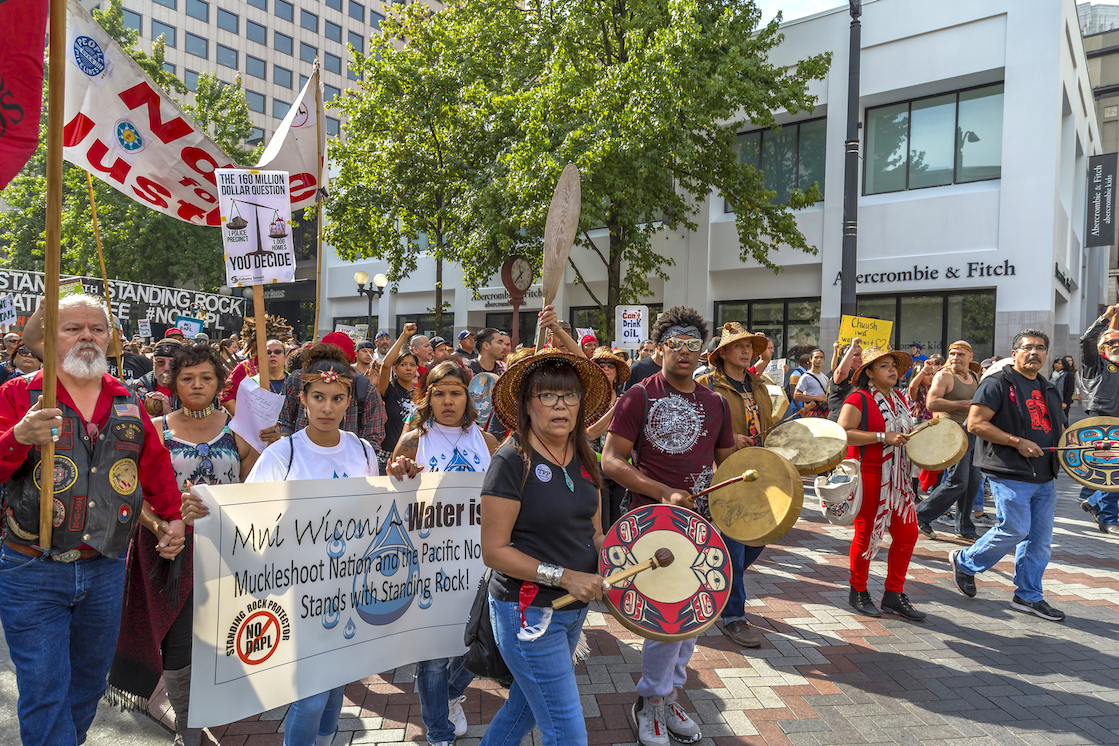 Demonstrators marching in solidarity with the Standing Rock Sioux Tribe to protest the construction of the Dakota Access Pipeline. Photo by John Duffy.

From great struggle emerges great leaders, and to turn your nose up at the South and Midwest trivializes the struggles of the folks who live there, their ability to fight for change, and the efforts they’ve already put in to do so.

Like the South—whose turbulent landscape birthed Martin Luther King Jr., Congressman John Lewis, and other historic and modern civil rights figures whose levels of dedication most can only aspire to—from the Midwest has sprung forth a league of activists whose work shouldn’t be ignored because of blanket stereotypes.

That’s why this week, I’m headed to South Dakota: home to the Standing Rock Sioux Tribe, who have been stalwart in protecting sacred spaces and advocating for BIPOC rights and causes. Once there, I plan to support the groups laying everything on the line for justice and take in the beauty of the land and cultures they’ve been working for hundreds of years to protect. 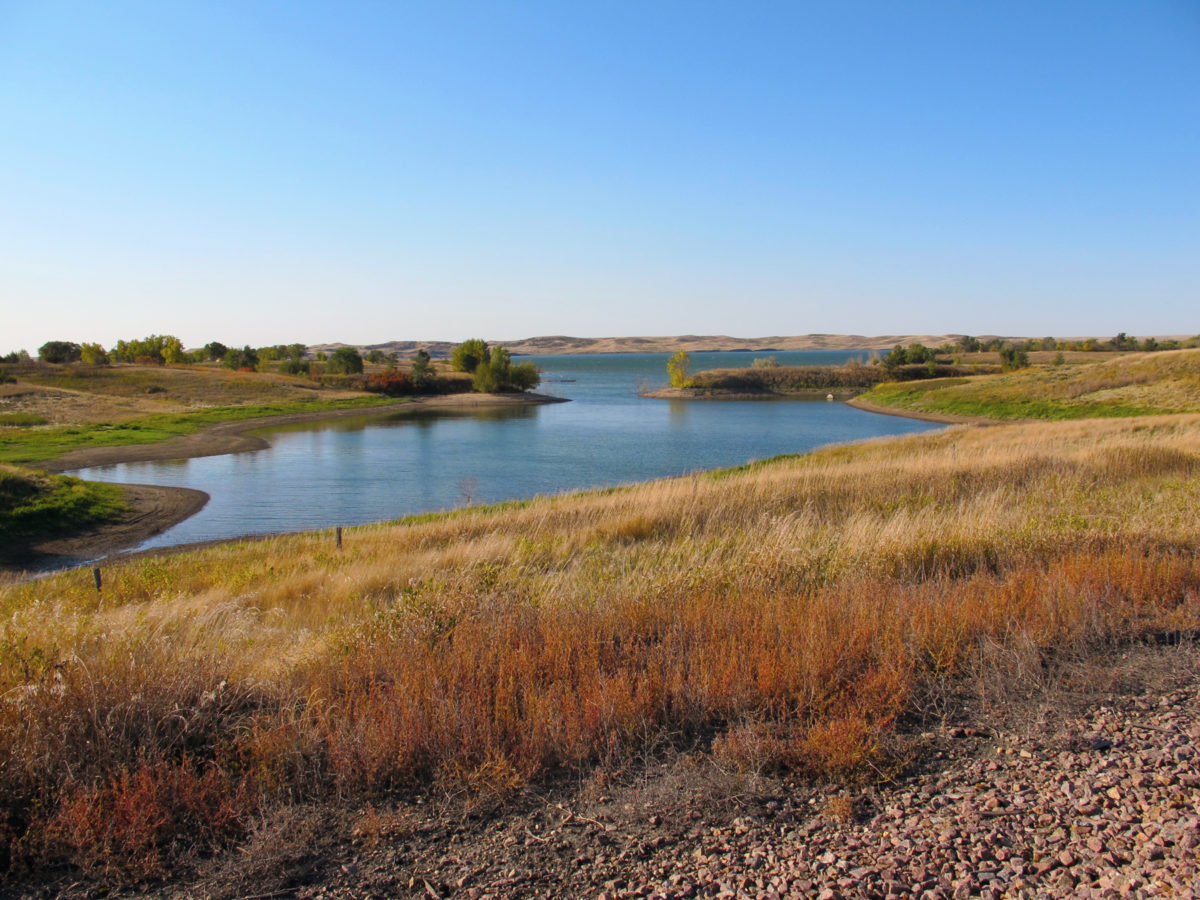 After a long quarantine, I'm craving a day on the shores of Lake Oahe. Photo by Argyleist.

Owned and operated by the Standing Rock Sioux Tribe, the cabins at the Bay at Grand River sit directly on the shores of Lake Oahe. After many weeks spent cooped up in Brooklyn, this is just the kind of laid-back, outdoor-focused escape I’m excited to take and that my spirit direly needs. 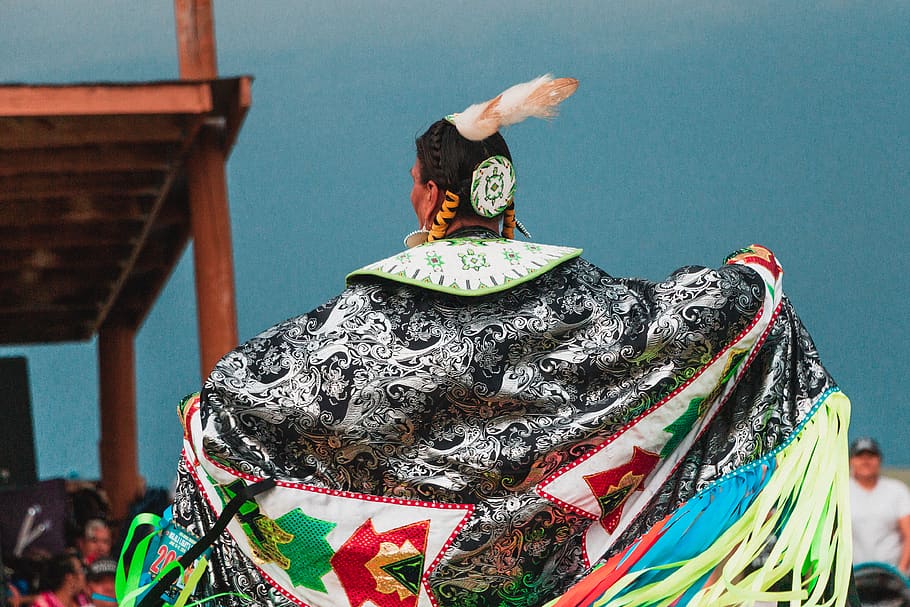 A member of the Lakota at a powwow.

Admittedly, I don’t know much about Midwestern cuisine—but wojapi, a berry sauce created by the Lakota Sioux and a favorite statewide, immediately caught my eye. Served on top of fry bread, cornbread, or ice cream, I’d ideally try wojapi at a powwow, where local vendors serve up a variety of dishes that visitors are welcome to try. 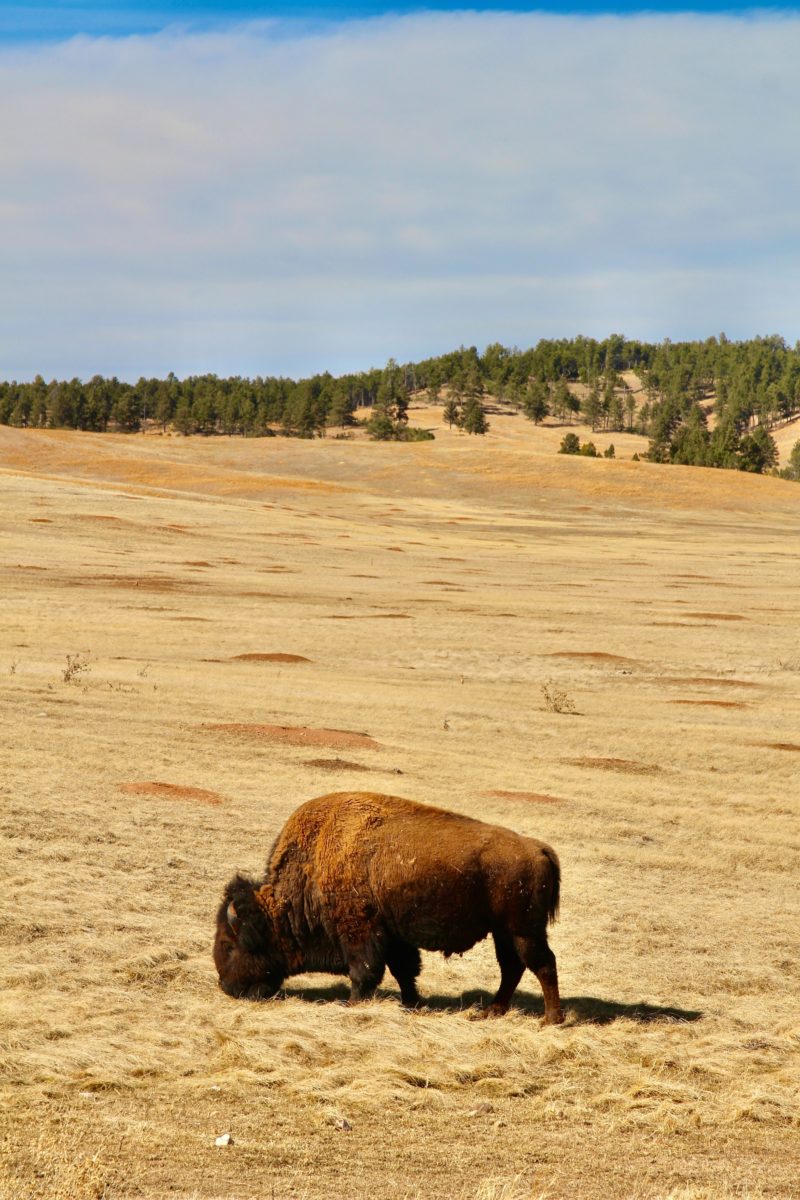 Buffalo: You can look, but you can't touch! Photo by Sophia Simoes.

Time and time again, the U.S. stuns me with its diversity—not just of people, but of landscape, too. How South Dakota flies under the radar as “boring” baffles me when some of the country’s most beautiful land exists here. Just three hours south of the Black Hills, a stunning (well, mostly) mountain range sacred to Native Americans, the canyons and hills of Badlands National Park have recently skyrocketed to the top of my road trip bucket list. Out in nature, I’ll happily continue to social distance—both from other people and from the beautiful but wild buffalo that roam the area.