Easter Island is the most remote inhabited island on the planet. Photo by David Berkowitz.
SnapshotTiana Attride

Known for the mysterious stone Moai heads that stare out at the Pacific, this week’s travel crush is the world’s most remote populated island: Rapa Nui, also known as Easter Island.

How our ancestors constructed the wonders of the ancient world without modern technology, I’ll never truly understand.

Certainly, we can surmise how the Egyptians (or aliens?!) built the Great Pyramids at Giza or how the Greeks erected the late Colossus of Rhodes. But structures of that caliber, to us, seem impossible for early humans to create given the lack of the equipment and the necessary manpower. What’s more, everything we do today is documented—we don’t order a cup of coffee without photo evidence—so the lack of recorded process for such creations makes their existence especially strange.

Of all sites like these, those that interest me most wait on the most remote inhabited island in the world: Rapa Nui, also known as Easter Island. Sitting 2,300 miles from the coast of Chile, it’s miraculous anybody reached the island at all; using nothing but the stars, a small band of Polynesians navigated the ocean and arrived sometime between 300-400 A.D. 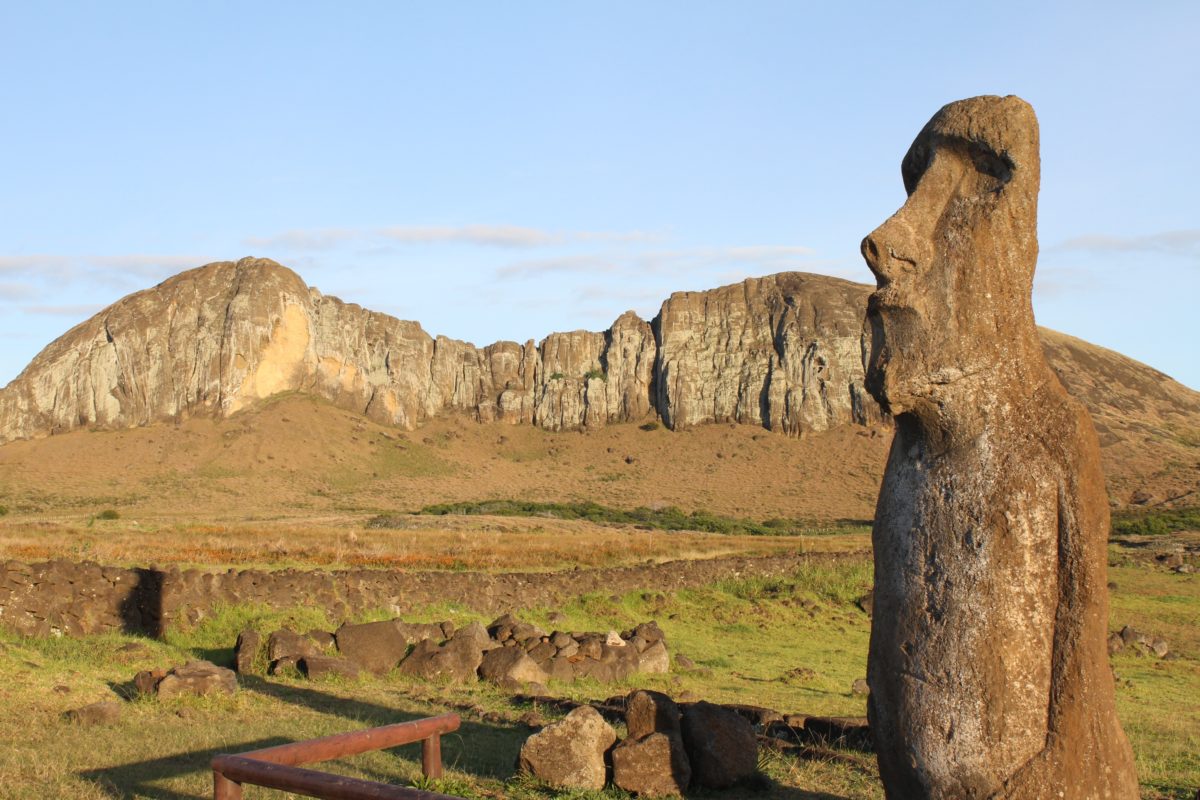 But even more mysterious is the island’s population. Less than 6,000 people currently live on Rapa Nui—but they’re joined by nearly 1,000 Moai, the giant stone heads that gaze out across the Pacific from their posts scattered across the craggy coastline.

How did ancient inhabitants erect such massive, awe-inspiring structures? Since the first Europeans arrived in 1722—long after the construction of the monoliths—people have speculated the details of their creation and, to this day, have yet to arrive at a conclusion.

Fashioned from volcanic rock, the biggest statues stand at over 30 feet tall and weigh nearly 80 tons. Mind-bogglingly large even by today’s standards, for a tiny population to construct and transport hundreds of these stone bodies across the island seems a feat beyond comprehension—and certainly one worth traveling for. 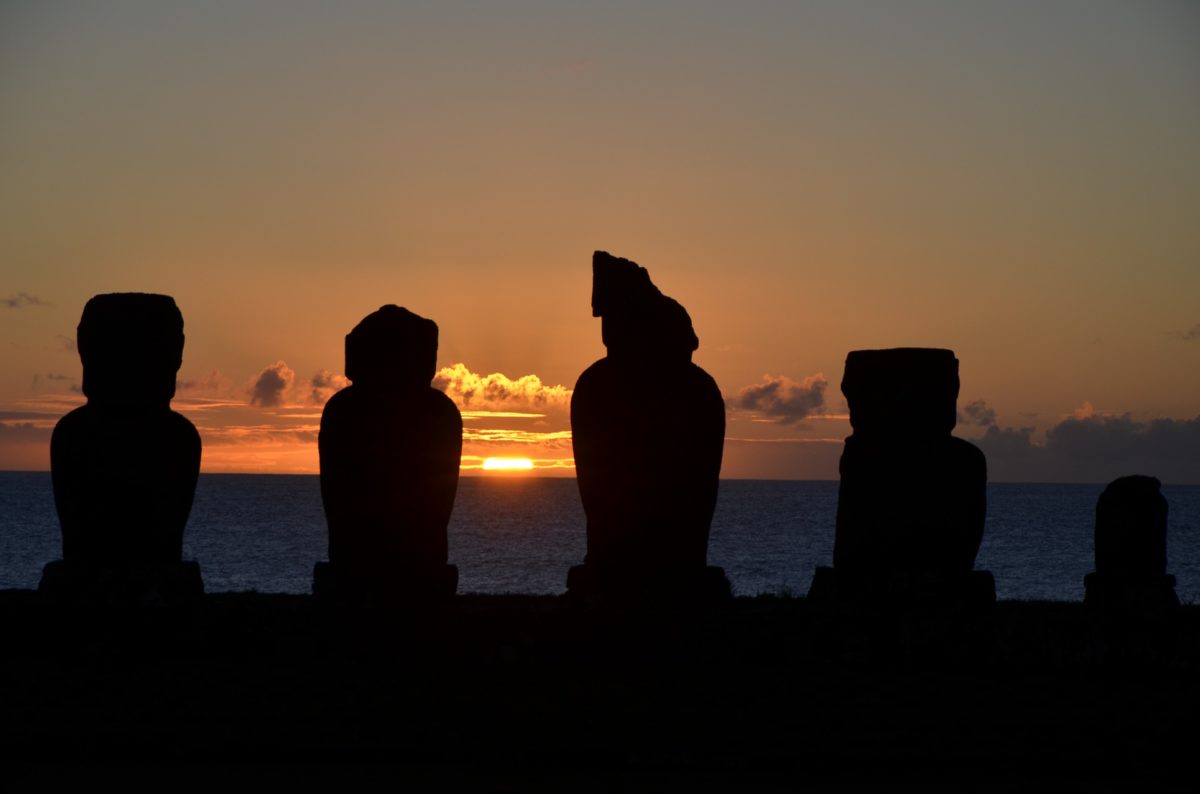 To this day, no one is certain how ancient Polynesians managed to create and transport the Moai. Photo by Thomas Griggs.

How to Get to Easter Island

Hotel Explora Rapa Nui isn’t far from the capital, Hanga Roa, and provides everything from airport transfers (a godsend after a long journey) to island activities. Most importantly, most staff members are native to Easter Island, giving guests the chance to support and see the island through the eyes of locals.

Bonus round: Believe it or not, there are also Airbnbs on Easter Island. Modern technology can truly take us anywhere. 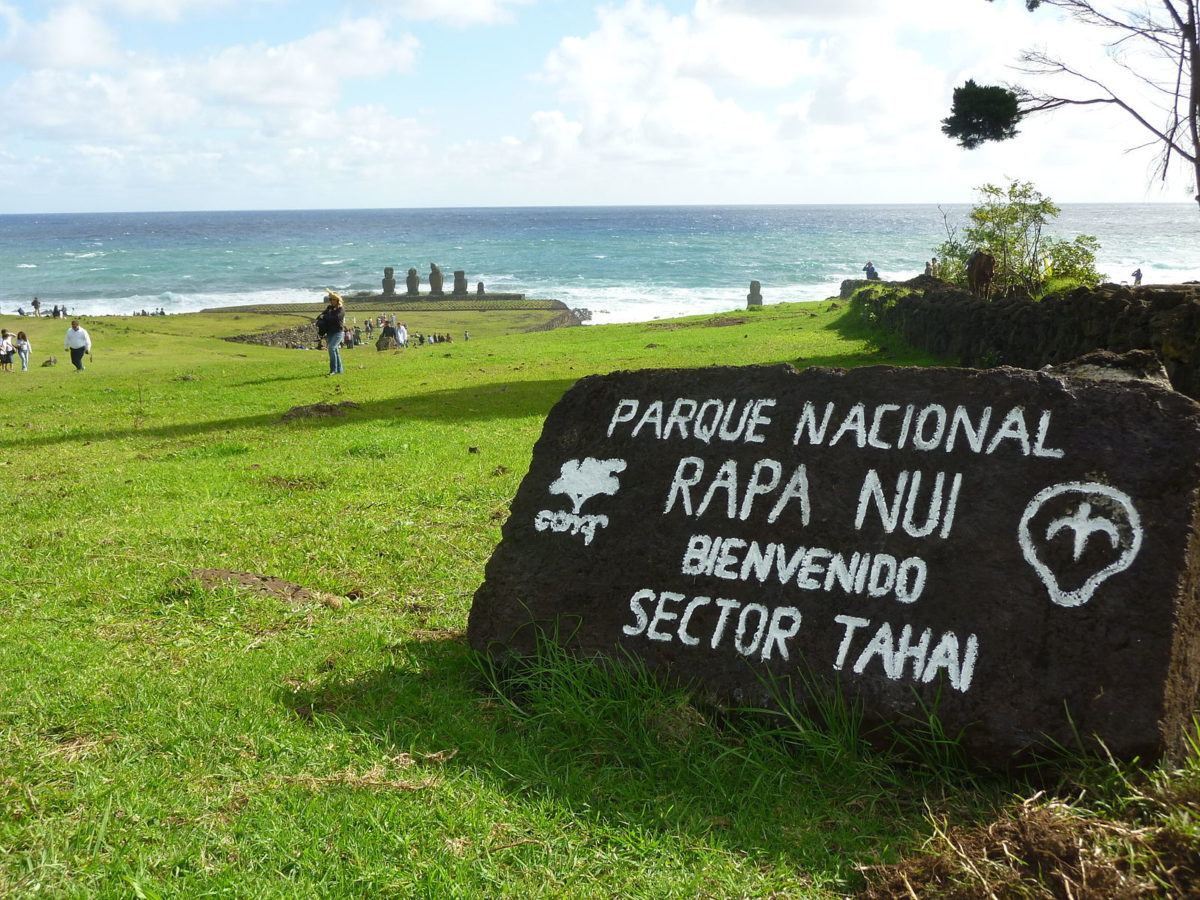 I’d have to sample umu rapa nui, in which strips of meat or fish are wrapped inside plantain leaves and cooked alongside veggies and potatoes on heated volcanic rocks in a hole in the ground. Te Ra’ai hosts a traditional umu ceremony three nights a week.

Along with guided hikes—likely the best way to experience the incredible size of the Moai for oneself—Explora Rapa Nui offers everything from scuba diving and snorkeling to boating, the latter by which I’d love to catch a view of the stone heads watching the sea, guardian-like, from the land.