Fans of Art Nouveau architecture should consider slipping into the heated pools at Gellért. Photo by Nan Palmero.
SnapshotTiana Attride

We’re soaking it all in, exploring Europe’s city of spas and this week’s travel crush: Budapest, Hungary.

A Here Mag hot take: baths are not that great. As popular as they are in self-care regimens, I don’t understand how people spend hours in the water. No matter how much wine I sip or candles I perch on the edge of the tub, I still end up sweaty and bored within minutes.

That is until I go on vacation.

Something about a quick soak before bed in another country makes me feel like an elegant and fabulously wealthy aristocrat who’s retired to Europe. “This life,” I think to myself, sinking deeper into the bubbles, “this is the life I deserve.” Yes, I still get too hot and abandon ship in 20 minutes or less, but the feeling of grandiosity lingers long enough to make it worth my time. 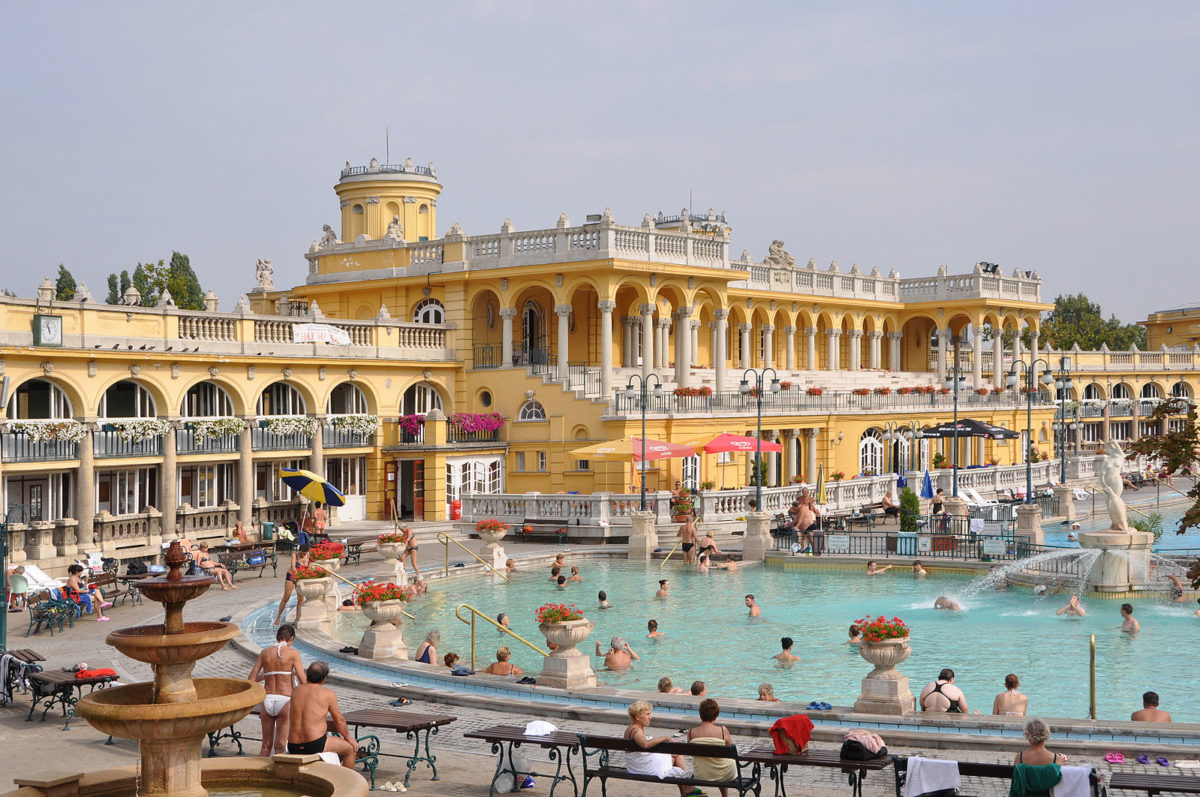 With 18 different pools, the Széchenyi Baths are the most popular in Budapest. Photo by Marc Ryckaert.

Which leads me, this week, to Budapest, Hungary, where I can embrace the glamor of bathing abroad for an entire trip. Culturally rich, architecturally stunning, and, best of all, inexpensive, Budapest is home to over 100 hot springs and nine medicinal baths, some of which have been around for over a century.

Széchenyi, the largest and most heavily-touristed thermal bath in the city, delights more than a million tourists each year—but even the behemoth deserves a break of its own. On this trip, I’m hitting as many of Budapest’s lesser-known baths as possible, as well as seeking alternative forms of pleasure in decadent desserts and dramatic vistas. 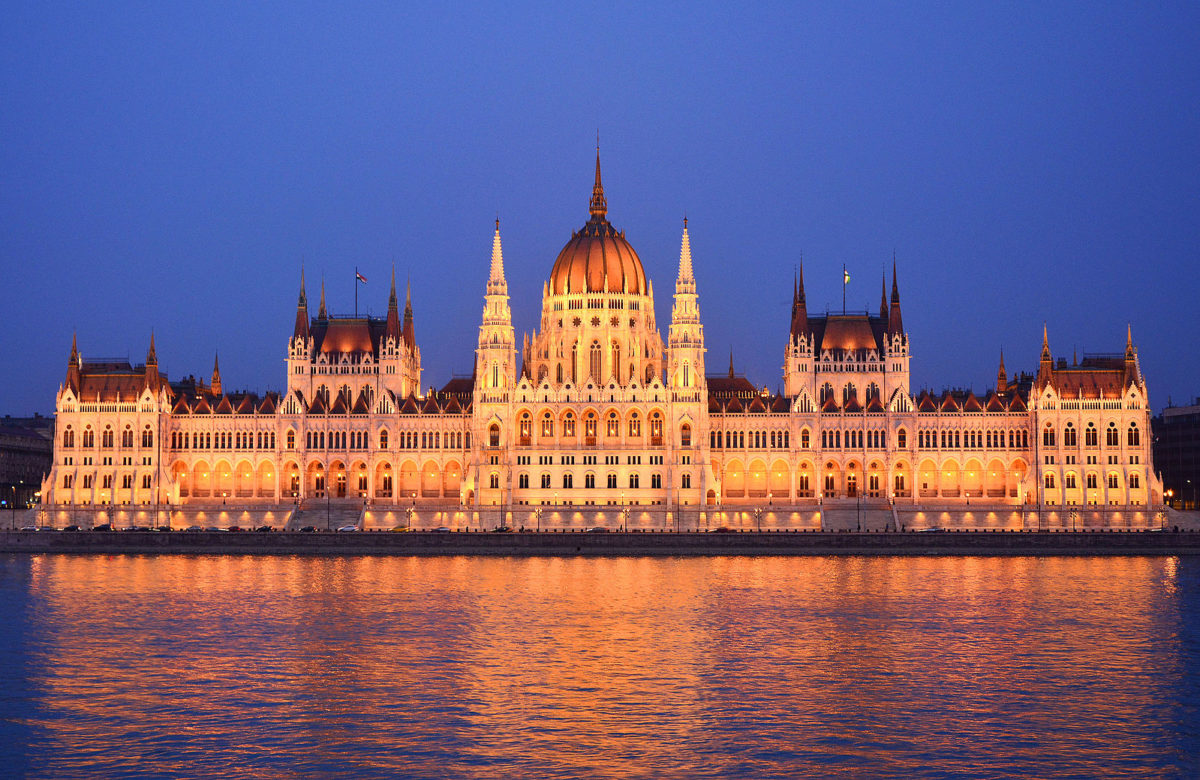 Known for its stunning Neo-Gothic architecture, the Hungarian Parliament Building sits on the eastern bank of the Danube. Photo by Epistola8. 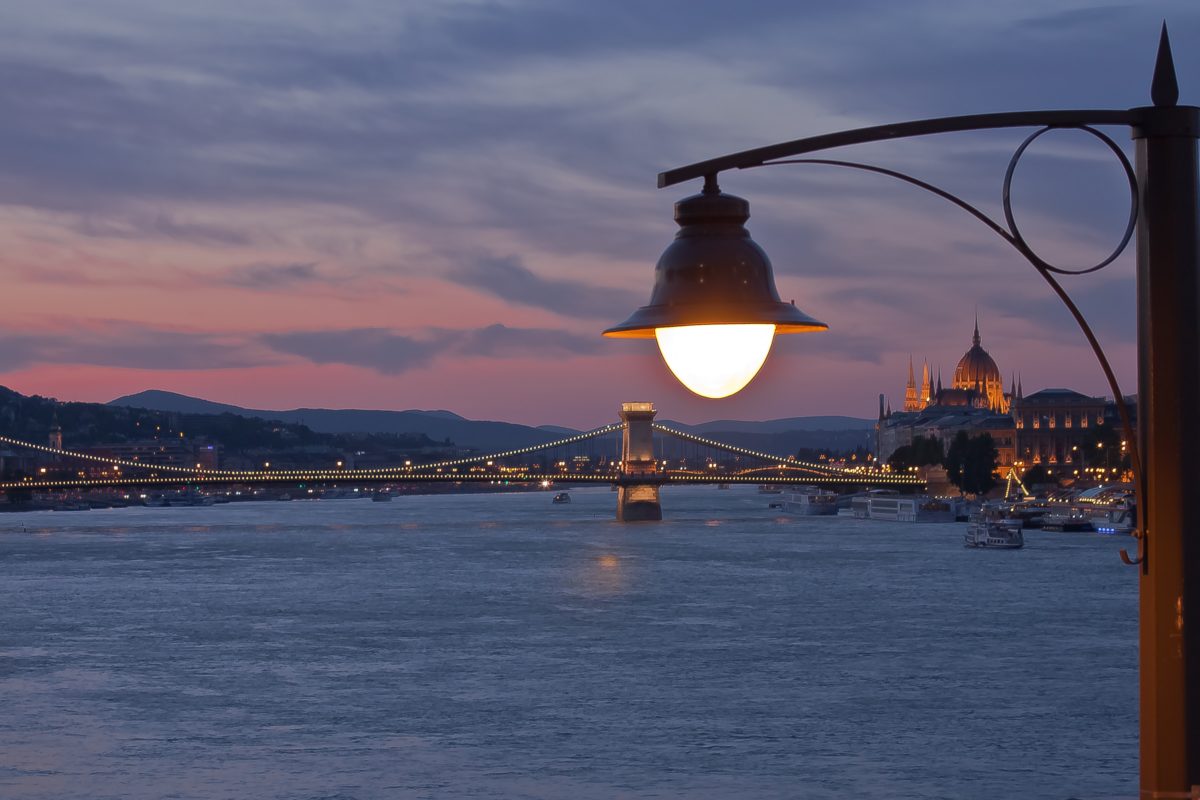 The Széchenyi Chain Bridge connects "Buda" on one side of the Danube River to "Pest" on the other, making the city whole. Photo by Gerrit Vermeulen.

Where you sleep in Budapest should hinge on your interests; each district offers something different. For great dining and city views, I’m headed to the District V neighborhood, abundant in both. From many of the rooms at Sofitel, the stunning Széchenyi Chain Bridge or the Hungarian Parliament Building on the shores of the Danube can be your first and last sights of the day. 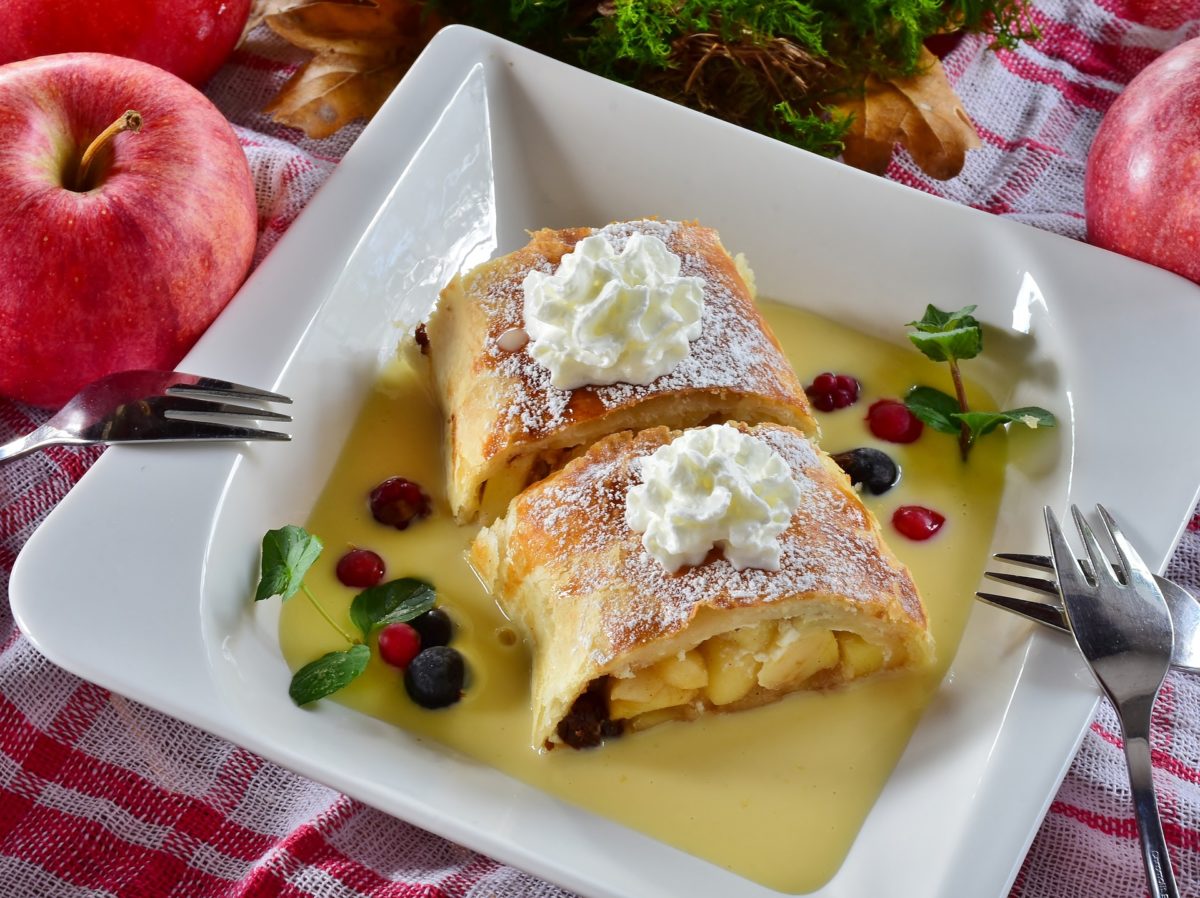 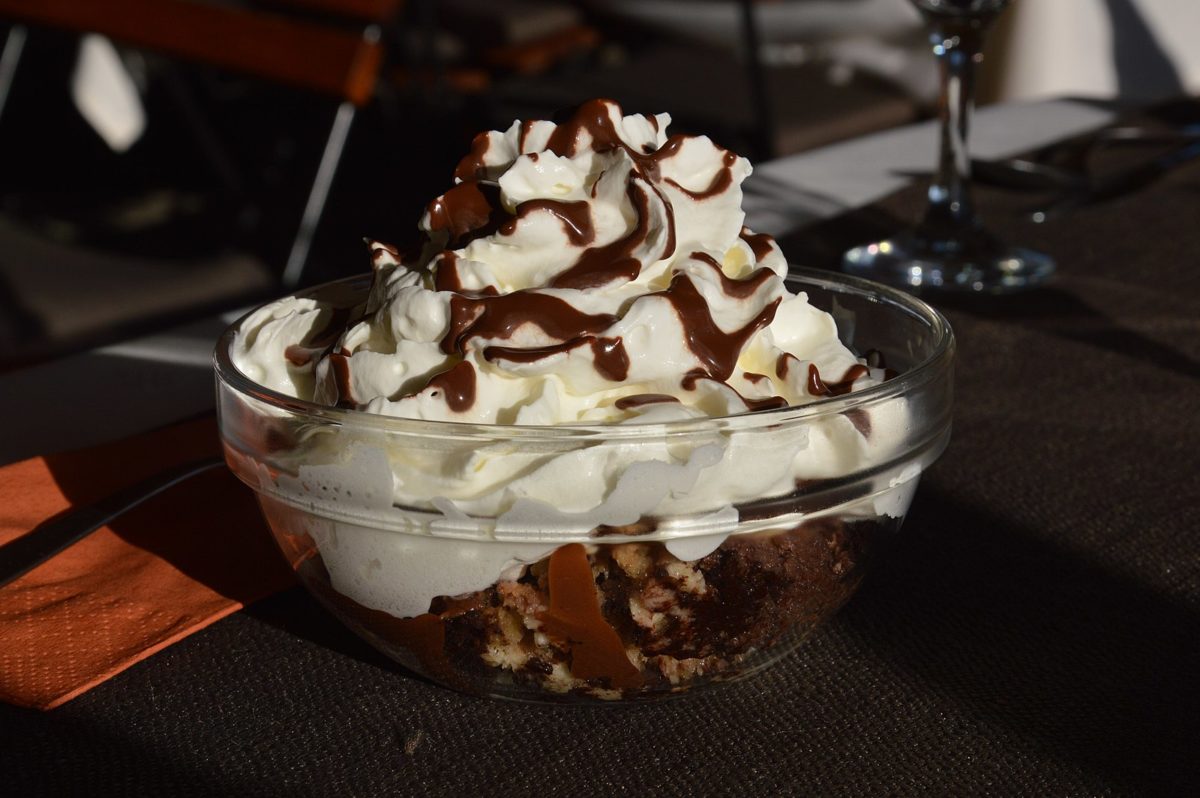 City of Spas and Sweet Tooths

Although previously I wasn’t well-versed in Hungarian food, I was delighted to find that Hungary is a treasure trove for the sweet tooth. Some desserts seem slightly more adventurous—meggyleves, a soup made of cherries, sugar, and sour cream, for example—while others have universal appeal: rétes, strudel stuffed with fruit fillings and dusted with powdered sugar; túrógombóc, sweet cheese dumplings; somlói galuska, three layers of vanilla, walnut, and chocolate-flavored sponge cake; the list goes on. To sample it all, I’m donning my stretchiest pants and tucking into century-old Daubner Cukrászda, perhaps Budapest’s most revered bakery. 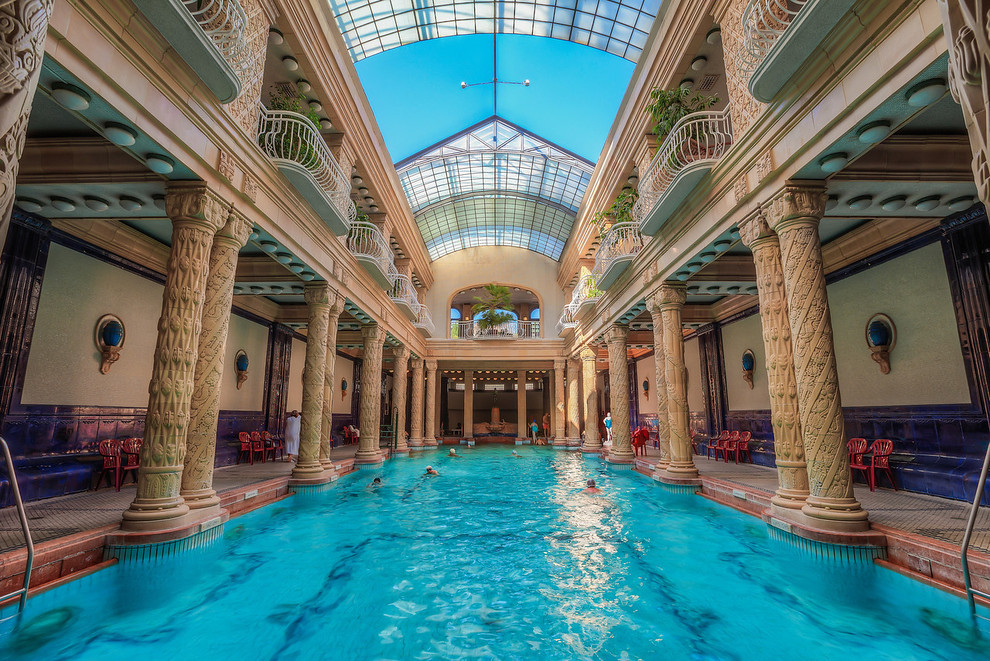 The Gellért Thermal Baths offer affordable luxury to visitors with medicinal baths, massages, and other spa treatments. Photo by Ibolya. 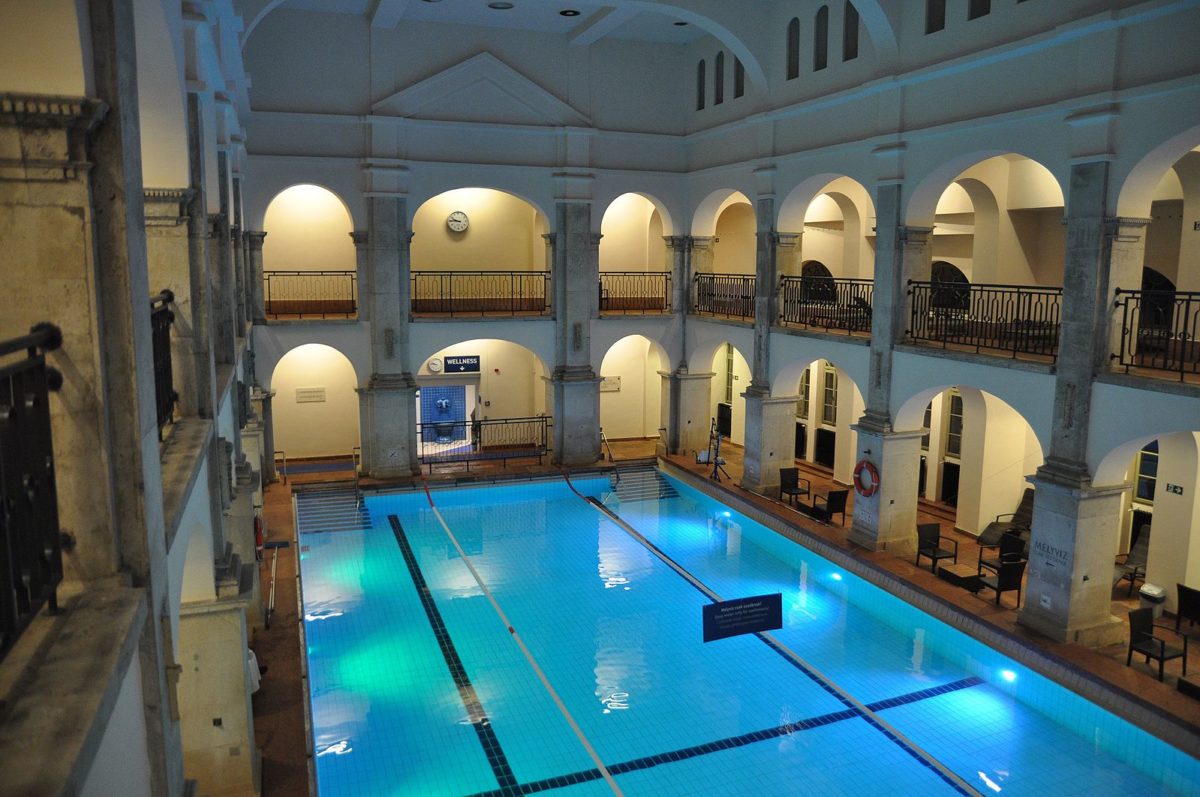 The baths at Rudas are more than 450 years old. Photo by Christo.

Wash Away Your Worries

I’m here with a purpose: to spend my days soaking in baths, happily letting my fingers prune. But the famous pools at Széchenyi aren’t the only opulent option available for unwinding—not even close. I don’t plan on missing out on the baths at Gellért, Rudas, Király, Veli Bej, or Lukács—five historic thermal baths equally as spectacular as Széchenyi, less crowded, and open late. I’m especially looking forward to Gellért, which dazzles with inexpensive luxury massages and Art Nouveau architecture, as well as the hallowed, stone-domed Király which, built in 1565, is the oldest bath in Budapest.