Noemi Nádudvari has made it her life’s mission to bring color to Budapest. Hungary’s capital was formed from three separate cities merging in 1873 (Buda and Obuda on the West side of the Danube River, and Pest on the East), but today it’s known as one of the biggest hubs for urban creativity in Eastern Europe.

Nádudvari was born and raised in Budapest and after college worked in contemporary art galleries and auction houses. She later helped organize festivals promoting young artists and graphic designers in Budapest, including the Színes Város Festival.

Színes Város (or “The Colorful City”) is the first organization to bring murals to public spaces in Budapest. What started as a civil-based project has since become a cultural movement—before the organization was founded in 2008, Nádudvari says “coloring public spaces in a legal way was unknown” to the city. Since 2016, the festival has included 42 different urban art projects in public spaces by Hungarian and foreign artists.

While typical Soviet-style architecture still remains, thanks to Nádudvari and Színes Város, the once-barren walls are now graced with colorful murals that breathe life into the streets.

Here, Nádudvari talks about why she loves her city along with her favorite street art and places to eat.

What’s your favorite piece of art in Budapest?

It’s not easy to answer this one. I have many [favorites], and have a special relationship with the [murals] we organized for the festival. But if I had to pick one (or a few), I would say: the mural by Polish artists SEPE and CHAZME called “Blue in Green,” Ruben Sanchez’s masterpiece on the Buda side [of the city], and Dan Ferrer’s work on Kertesz street. There were two amazing murals by Vidam & HRVB, although they unfortunately are gone now. This is a sad part of street art. Sometimes the owner sells the property and pretty soon, construction starts.

Where should a visitor go to see the heart and soul of Budapest?

In the summertime, the open-air places are must see spots, especially the riverside beach Romai Part, outdoor bar Pontoon, and the A38 cultural center built on boat along the river. The 7th, 6th, and 5th districts are full of exciting cafes, bars, restaurants, shops, design stores, galleries. If you want to enjoy nature or go for a picnic, visit Gellert hill, Normafa, or Margit Island. 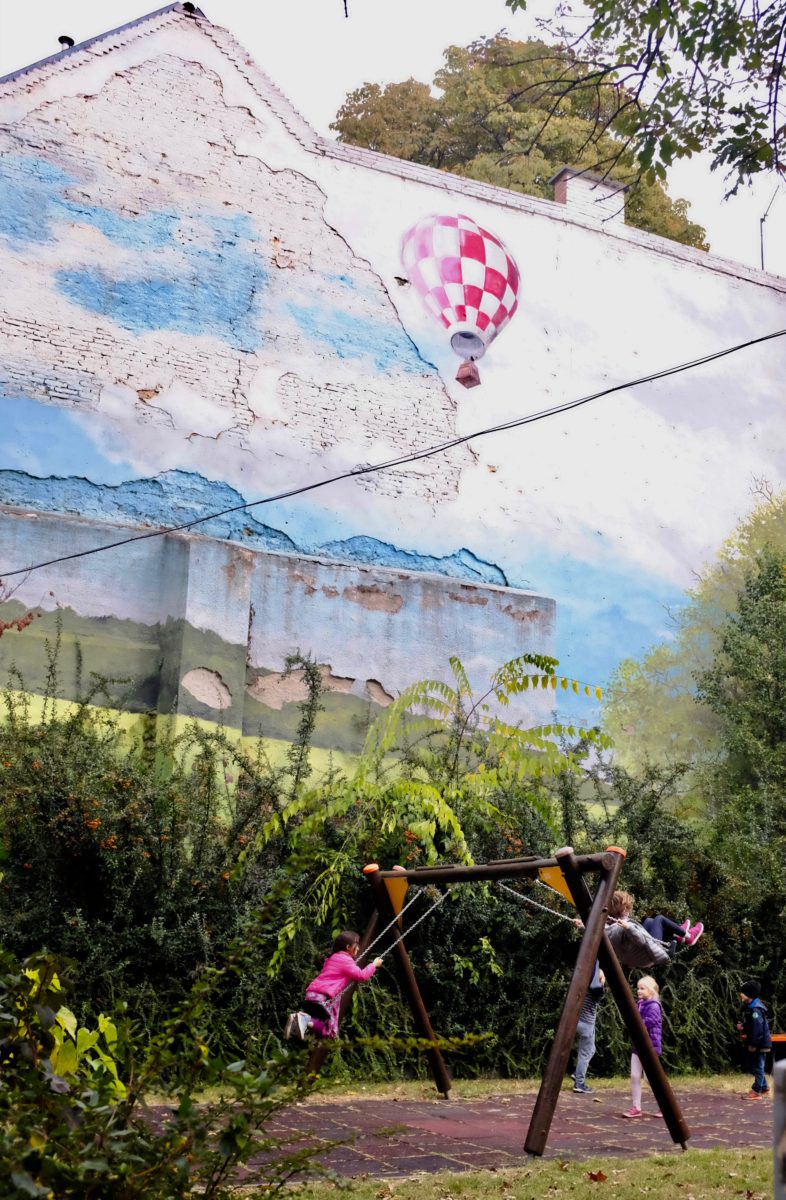 The Cloudy Playground by NEOPAINT. 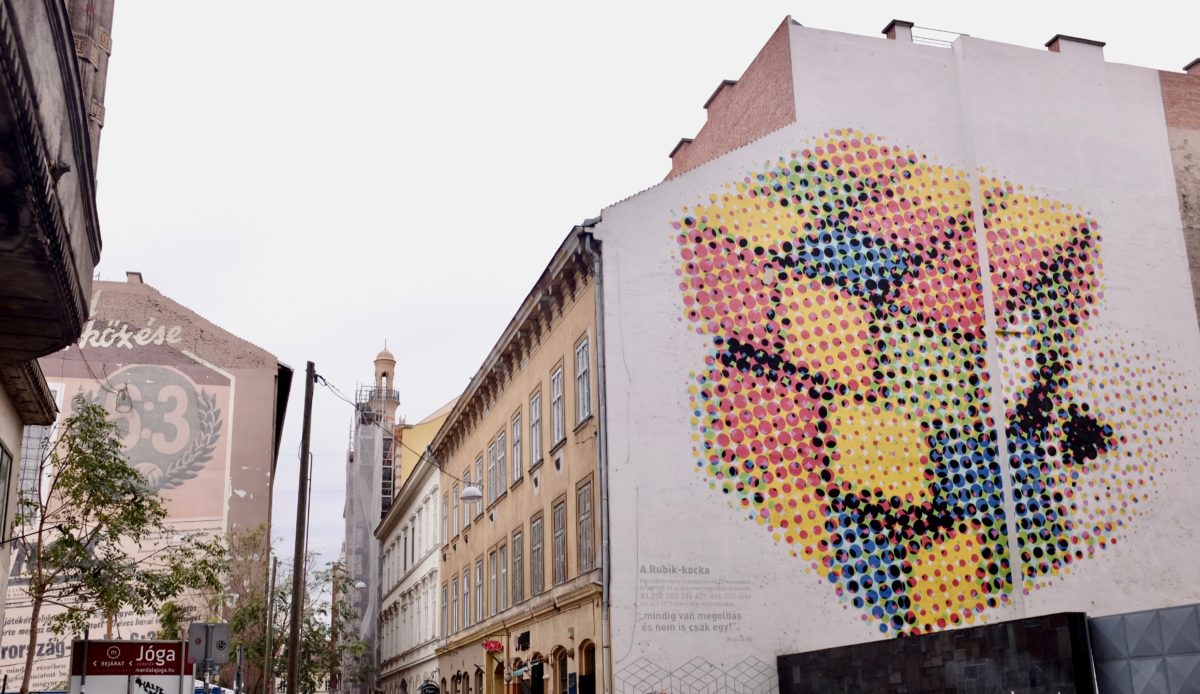 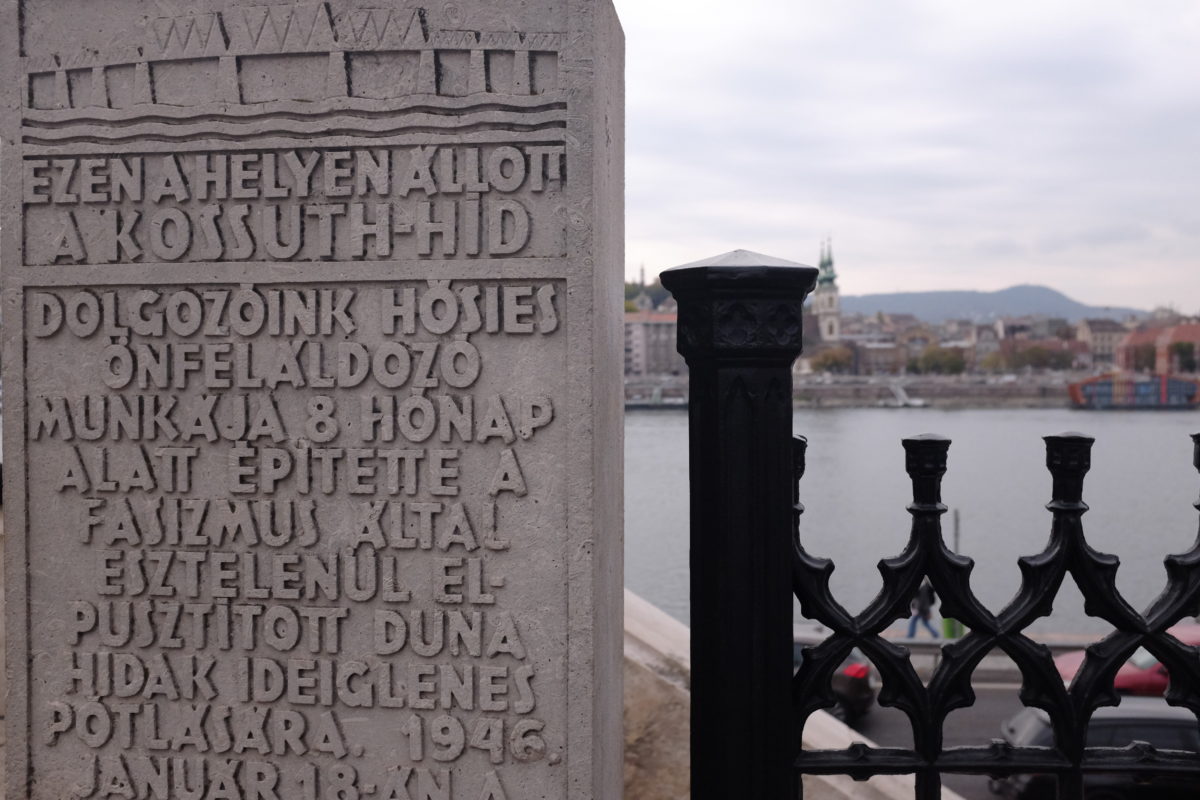 Memorial plaque of the Kossuth massacre. In the distance, the Buda side of the city just across the Danube.

How would you describe Budapest in three words?

Is there more street art on the Buda or Pest side of the city?

I would say Pest, mostly around the 7th District and the city center, but unfortunately, three of them are already gone and five more will be soon— the murals will be erased when the parking lots [they’re painted in] are transformed into real estate developments. Here’s a great guide and map, where you can see photos of the disappeared murals as well. 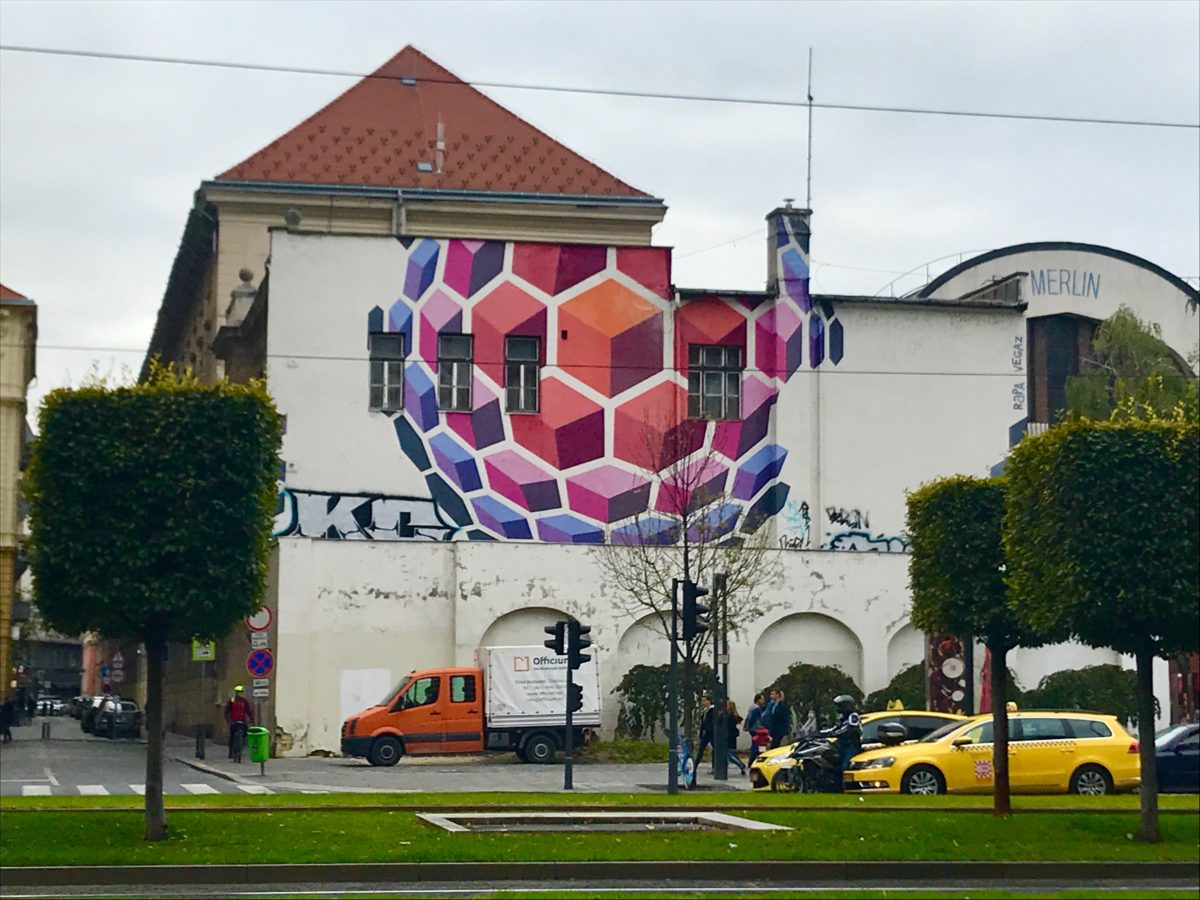 Vasarely by Rapa and Vegaz. Victor Vasarely was the father of Hungarian modern art who published the writings that Színes Város was named after. 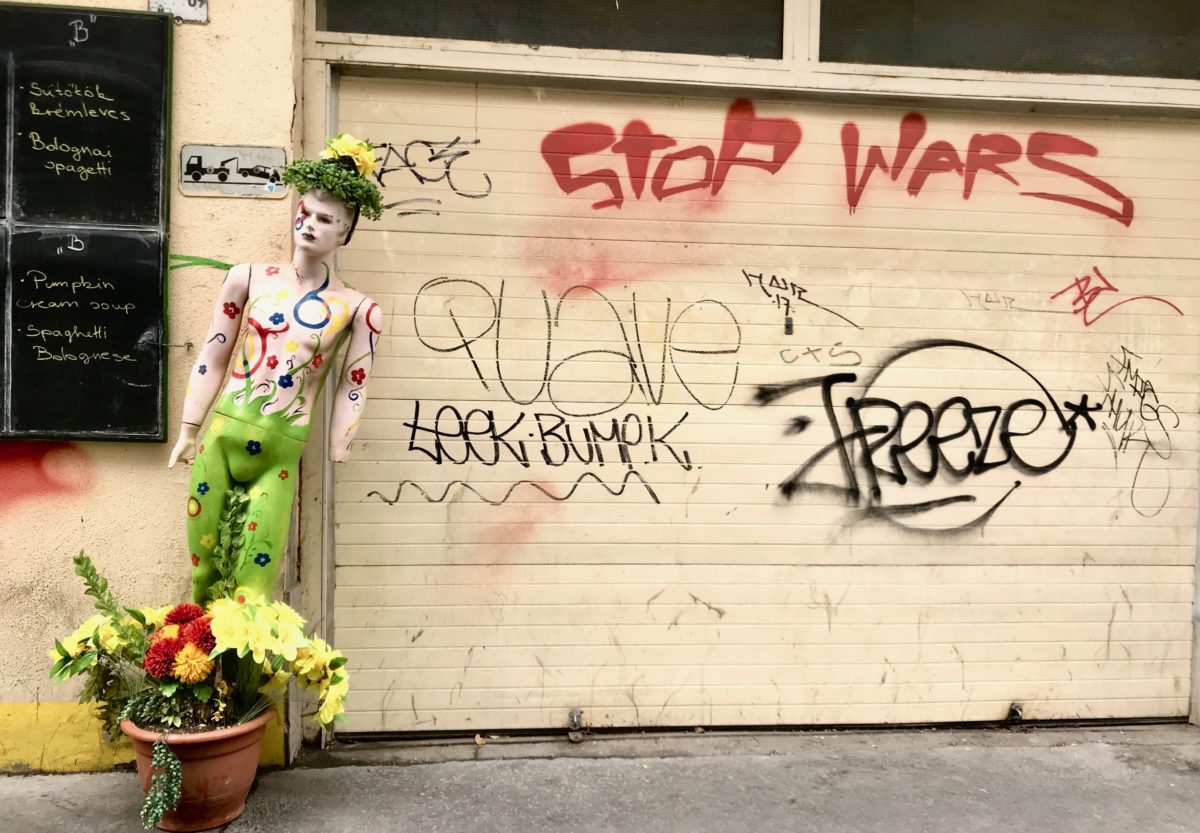 Everything from a sticker to graffiti to avant garde displays including stylized mannequins can be categorized as street art. Different forms of artistic expression can be seen all around Budapest, like this piece on Rumbach Sebestyen Street.

Where should a visitor go if they want to eat or drink like a local?

Dobrumba, Borze, Koleves and Sao. Also, there are good coffee shops on almost every corner! Everyone should try langos (Hungarian deep-fried dough). It’s not the healthiest food, but definitely a Hungarian favorite. Budapest is also known for its nightlife—you can always go out clubbing until the morning.

What’s next for you and the festival?

This festival was a big step in the city’s life. For its fifth year, I want to edit a book with images of all the walls, and interviews with the artists. In the longer term, I’m thinking about starting an artist exchange program to allow Hungarian artists to go abroad, gain recognition in the international scene and collaborate with other artists.