It’s no secret that we didn’t get to travel as much as we’d have liked last year. With high hopes for this year, here are our top 10 destinations for 2022.

For obvious reasons, 2021 wasn’t the best year for travel. While our team did manage to go to Iceland (AKA the best 2021 destination because of its isolation), we’re still mourning all the places we didn’t get to visit. Needless to say, we’re manifesting for 2022. To kick things off, here are the 10 cities we’ve been dreaming about.

With a Mediterranean climate, sprawling lavender fields, and well-preserved architecture from Roman times, Évora is consistently named one of the best places to live in Portugal. We’re dreaming of frolicking through the flowers and long walks through the Old Town, where you can visit a surviving Roman temple from the first century AD. 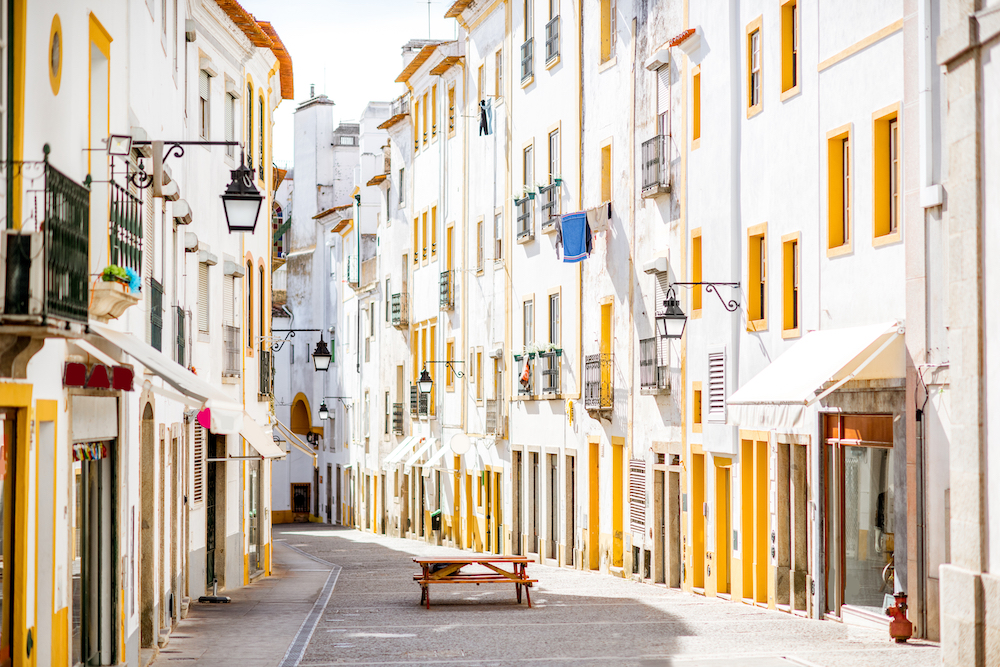 Évora's cobblestone streets and medieval architecture transport you to a different time.

When we hear the words “Blue City,” we’re running in that direction. Jodhpur has made a name for itself through its brightly painted walls juxtaposed with the sunny Thar Desert, located in India’s largest state of Rajasthan. Beyond its blue-coated buildings, Jodhpur is home to sprawling palaces and forts—Mehrangarh Fort towers above the city and, quite literally, cannot be missed. We’re especially interested in checking out Jodhpur during Holi, the Indian Festival of Colors. 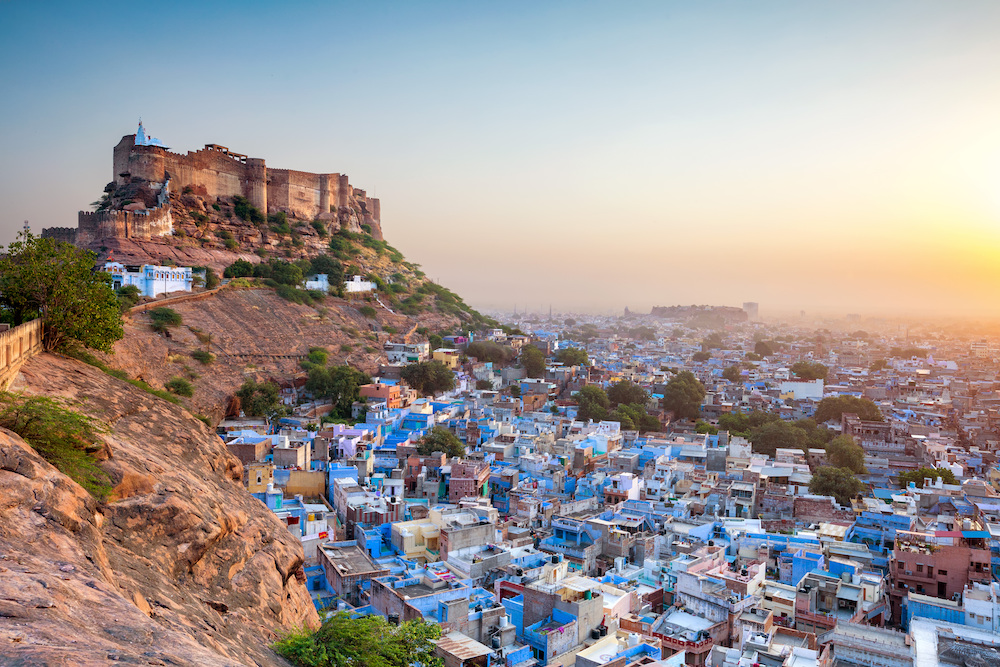 The Mehrangarh fort looms majestically over Jodhpur in Rajasthan, India.

Kyushu is Japan’s southernmost Island and thus removed from the usual suspects of Japan’s tourism scene, like Tokyo and Kyoto. This is the perfect relaxing and lush option for those who want a more under-the-radar destination (us!). For starters, the region is home to Fukuoka, port city and seafood paradise, and Kagoshima, a hiker’s dream. And for additional flavor to your journey, visit Nakatsu, the fried chicken mecca of Japan. In 2019, The Karaage Festival in Nakatsu set the world record for the Largest Serving Of Fried Chicken! The Fried Chicken Grand Prix in 2022 is set to take place in April. 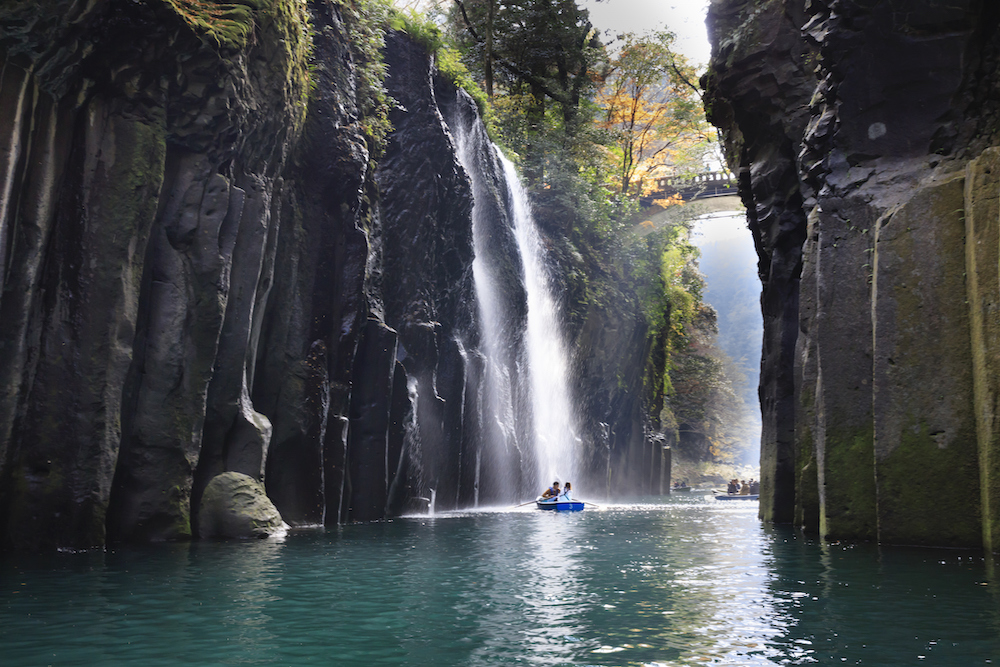 In Kyushu, you can walk the perimeter of Takachiho Gorge to reach the eponymous shrine.

This small eastern European country has a mild climate year-round and is the historical birthplace of wine. You can visit exotic wineries (including one carved into the literal side of a mountain) and ancient sites like Vardzia, a 12th century cave complex which once housed over a dozen churches, libraries, public baths, and more. In Tbilisi proper, enjoy museum hopping in the Old Town along Rustaveli Avenue, bordered by the scenic Kura River that bisects the city. 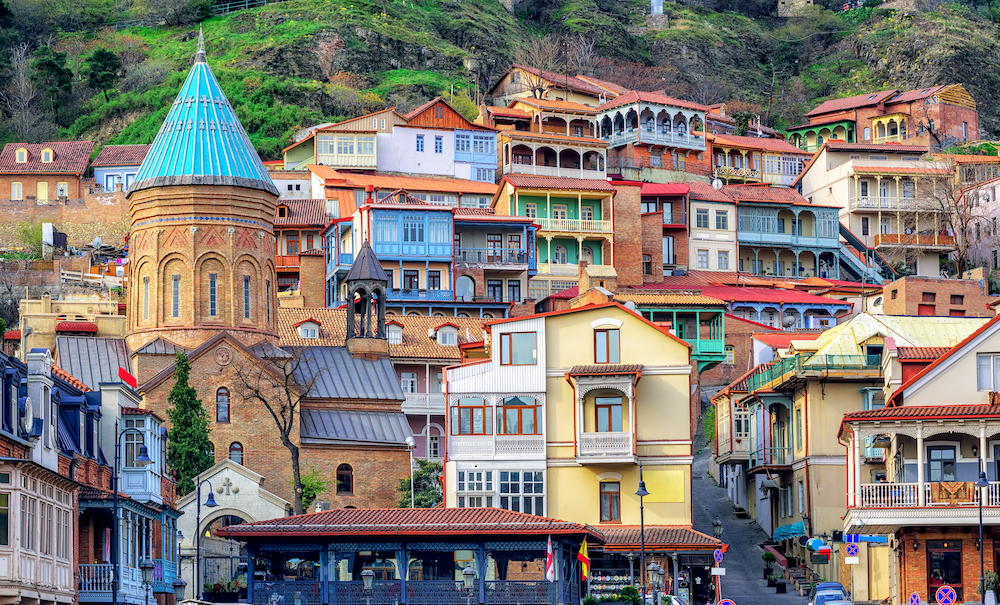 Between the Andes Mountains and Misti Volcano lies the romantic city of Arequipa. This city is architecturally significant for its churches, museums, and historic city center built out of ashlar (pinkish-white volcanic rock). Perhaps the most impressive spot is the 215,000 sq. ft. Monastery of Santa Catalina, a bona fide city-within-a-city. For a little taste of Europe in South America, don’t miss out on Arequipa next time you’re in the capital, Lima, just a 2-hour flight away. 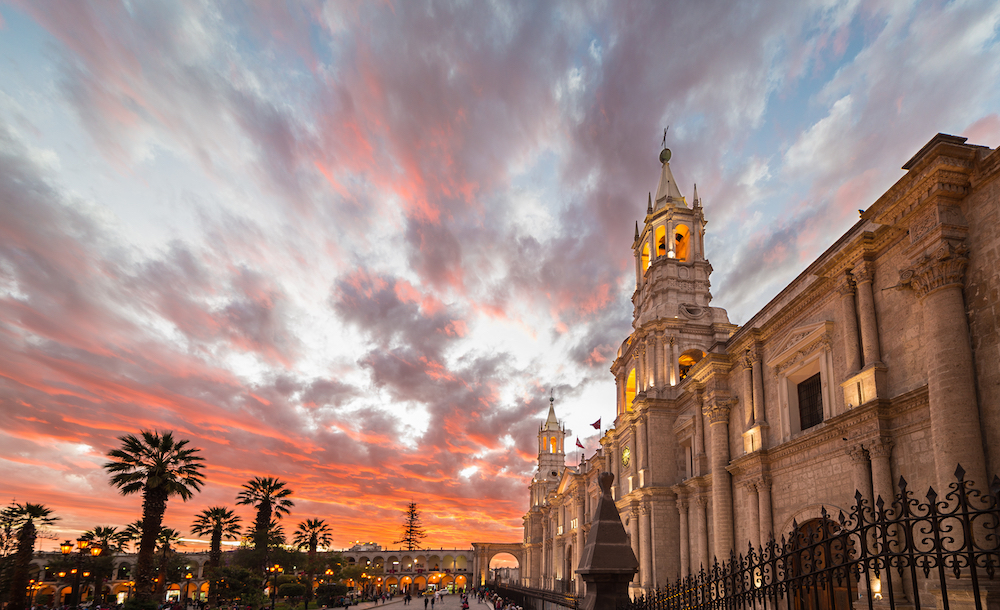 From Vancouver to Seattle to Olympic National Park, we’re dreaming of the Cascadia region. Wandering through the huge swaths of verdant forest in Washington is exactly the kind of healing we all deserve in 2022 (followed by some retail therapy in super-hip Portland).

A Road Trip Through the Pacific Northwest → 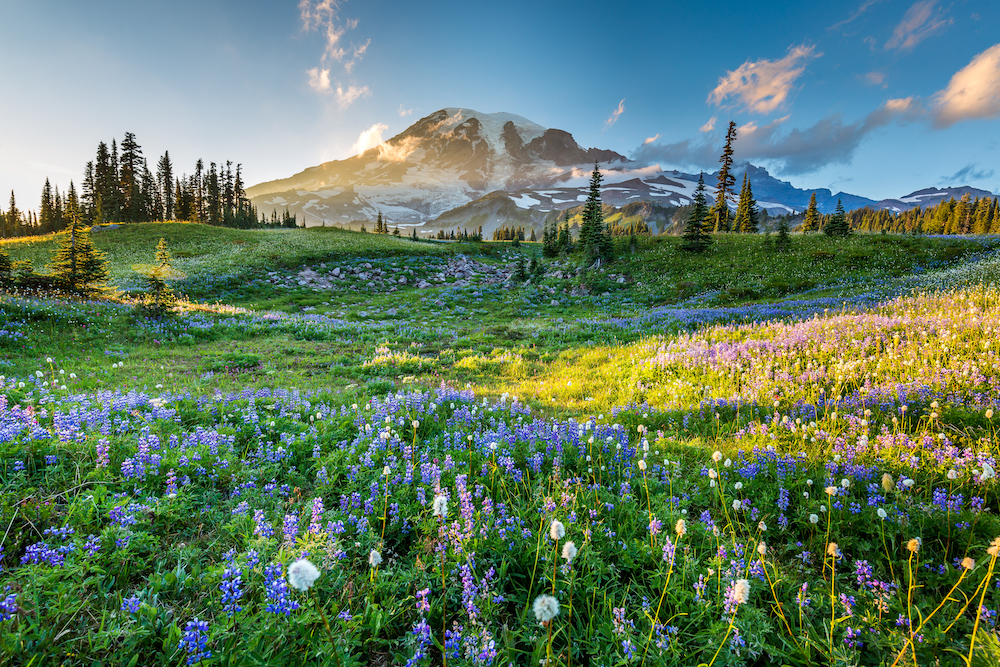 Jeju is to South Korea as Hawaii is to the States. With pristine beaches and coastal trails, Jeju Island is where Koreans go to get away from it all. Some regional delicacies to keep an eye out for: black pork, abalone, and hwae, Korea’s answer to sushi. Visit Hallasan National Park, site of Korea’s tallest mountain, and Manjanggul, a preserved lava cave. 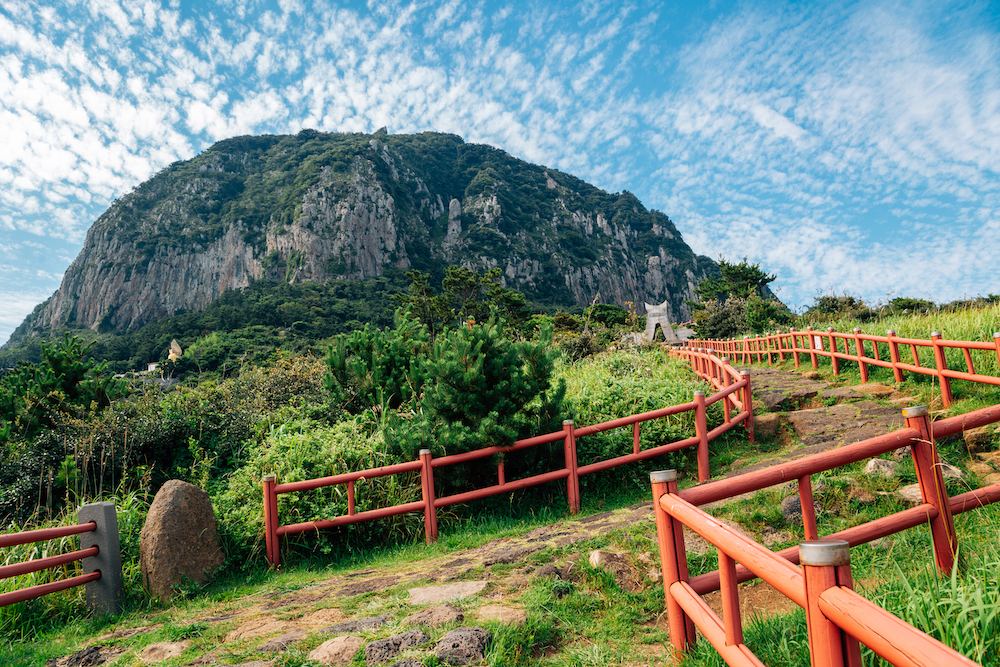 A hike-able trail leading up to Sanbangsan Mountain on Jeju Island.

A certified megacity and the European Capital of Culture, Istanbul is calling our names. First things first, marvel at the Hagia Sophia, Topkapi Palace, and the breathtaking mosques. Next, peruse the stalls of the Grand Bazaar for the perfect kilim rug and jewelry fitted with locally mined blue chalcedony. Wrap up your afternoon with Turkish coffee at Fazil Bey, unanimously voted the best coffee in Istanbul by pretty much everyone. 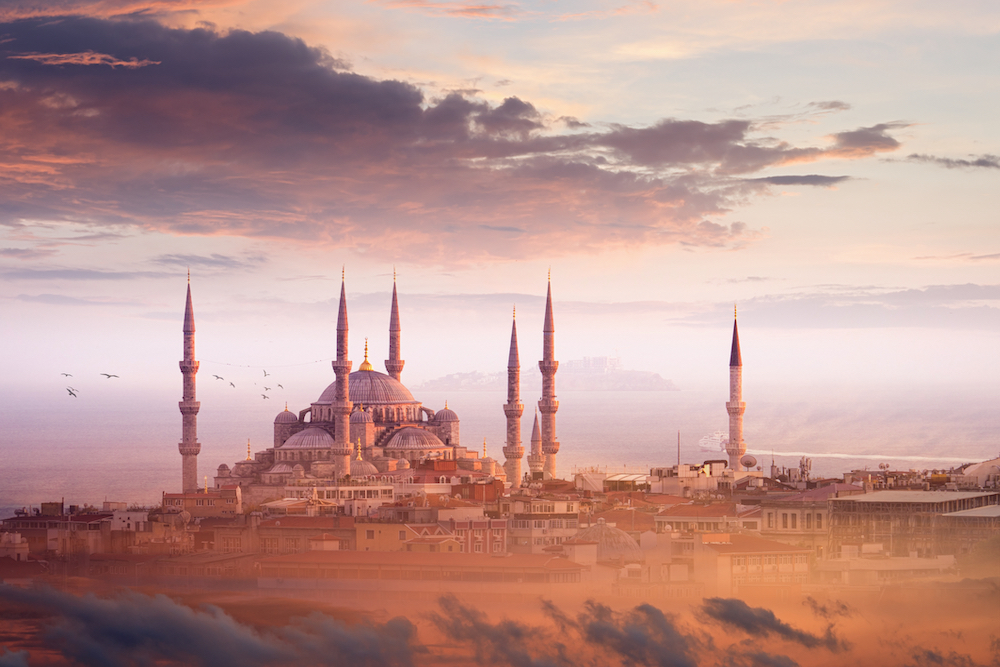 If the dictionary had pictures, you’d find Siwa next to “oasis.” Literally. Tucked away in Egypt’s vast deserts, Siwa seems to appear out of thin air. With olive trees, springs, and salt lakes, Siwa has totally bewitched our imaginations. Siwa Lake is thought to have skin benefits, plus some of the best sunsets anywhere in the world. There’s also Fatnas “Fantasy” Island on Lake Siwa, covered in palm trees and home to a popular freshwater spring for swimming. 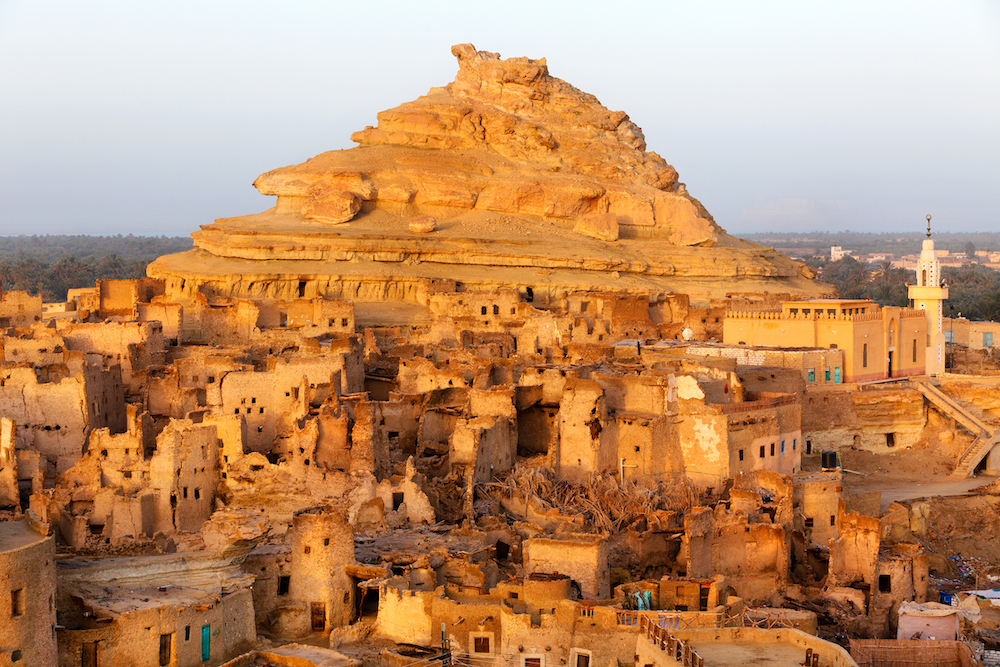 The Shali Fortress in Siwa, Egypt, located between the Qattara Depression and the Egyptian Sand Sea in the Libyan Desert.

Nested in the Himalayas is the capital of Nepal, Kathmandu, where there’s no shortage of impressive temples to visit. There’s Swayamhbu, the “Monkey Temple,” which offers a breathtaking panorama of the entire valley—and yes, there are plenty of adorable (and sometimes mischievous) monkeys frolicking about. Then there’s Pashupatinath, a huge Hindu temple complex teeming with resident monks. Don’t miss the towering Boudhanath Stupa with its painted eyes, located along an old trade route that’s still home to plenty of small shops and cafés. The hustle and bustle of this vibrant city will keep you on your toes and engage all of your senses. 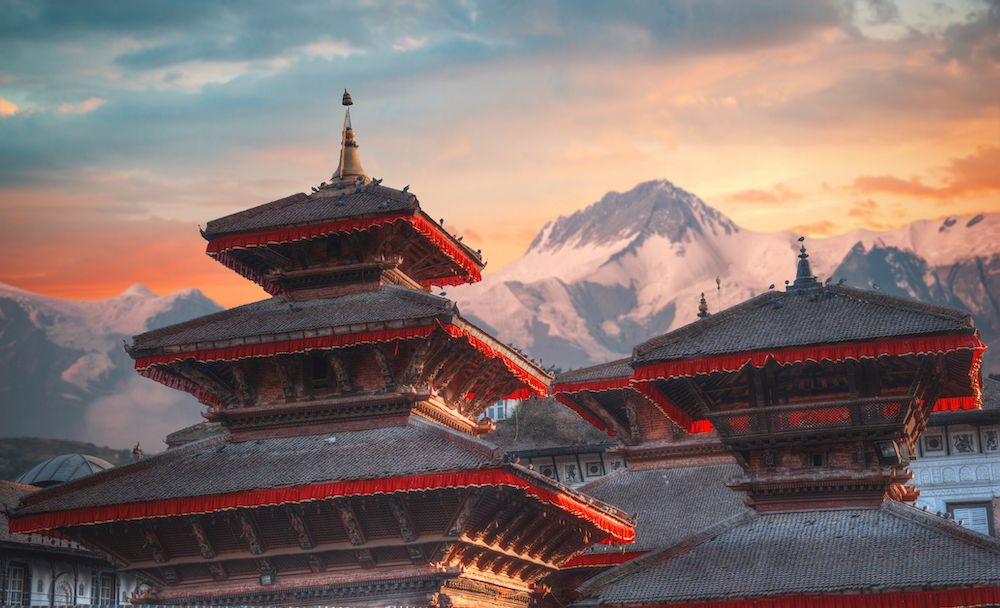