How to Spend a Long Weekend in San Diego, California

This week, Here editors share guides to the places they grew up. See Print Editor Emma Glassman-Hughes’s guide to San Diego below—including where to stay, what to eat (Mexican food or not) and drink, the best beaches, and what to do in the iconic SoCal city.

I will say upfront that all the clichés are true: San Diego is best described with adjectives like “super chill” and “laid back.” The weather is sunny and basically comfortable year-round. It’s one of the few places in the country, if not the world, where you can be standing with your feet in the ocean while looking out at snow-capped mountains. Some high schools offer surf P.E. (regrettably, not mine), and people put Hidden Valley Ranch on literally everything they can get their hands on, including pizza (personally, I would never).

But at 4,500 square miles, there’s a lot of ground to cover in greater San Diego County, and a surprising amount of variety—if you know where to look. Here’s everything you should do next time you’re in San Diego. Spoiler: SeaWorld didn’t make the cut. 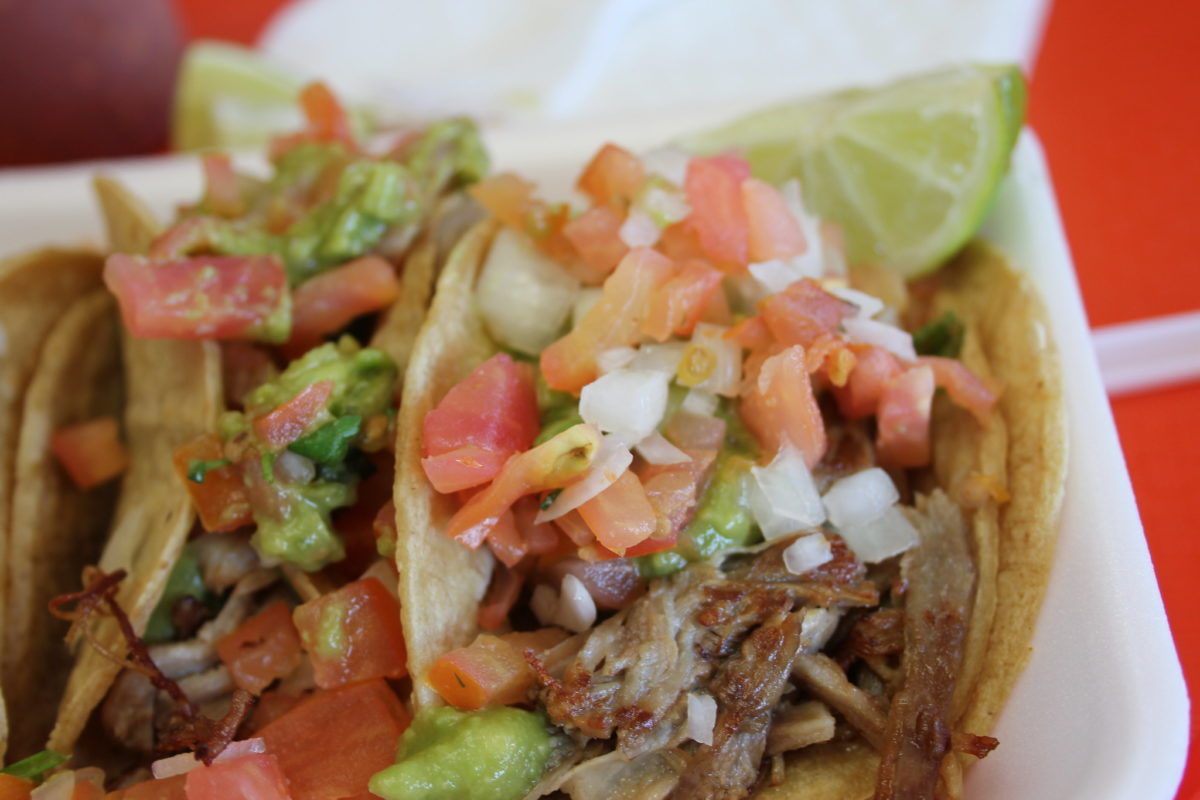 The last several years have seen some massive changes in Barrio Logan, one of San Diego’s most historic Mexican quarters. While continuing gentrification and commercialization have prompted sometimes-tense discussions about the future of the south-central neighborhood, it remains one of the best spots in the whole city to eat. It’s hard to go wrong in this neighborhood (Las Cuatro Milpas is a classic), but a new favorite of mine is ¡Salud! on Logan Ave. Order any combination of the ceviche (it’s huge), nachos al pastor, “barrio” tacos (with carne guisada and nopal), shrimp tacos, and either a local beer on draught or their giant michelada.

My dad and I have made it a tradition to stop at Roberto’s for fish tacos every time we go to the beach at Torrey Pines, which is basically every time I visit home. They’re crispy and light and live in my dreams at night. Just be sure to ask for guacamole and extra lime! 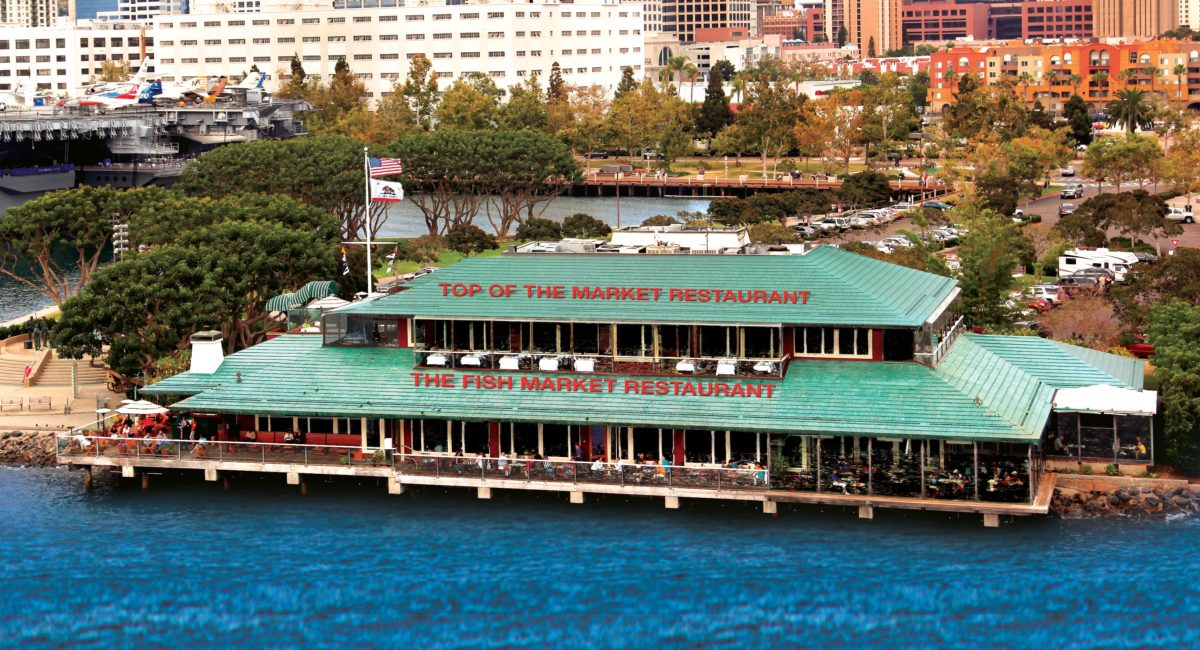 The famous San Diego Fish Market is an oldie but goodie. 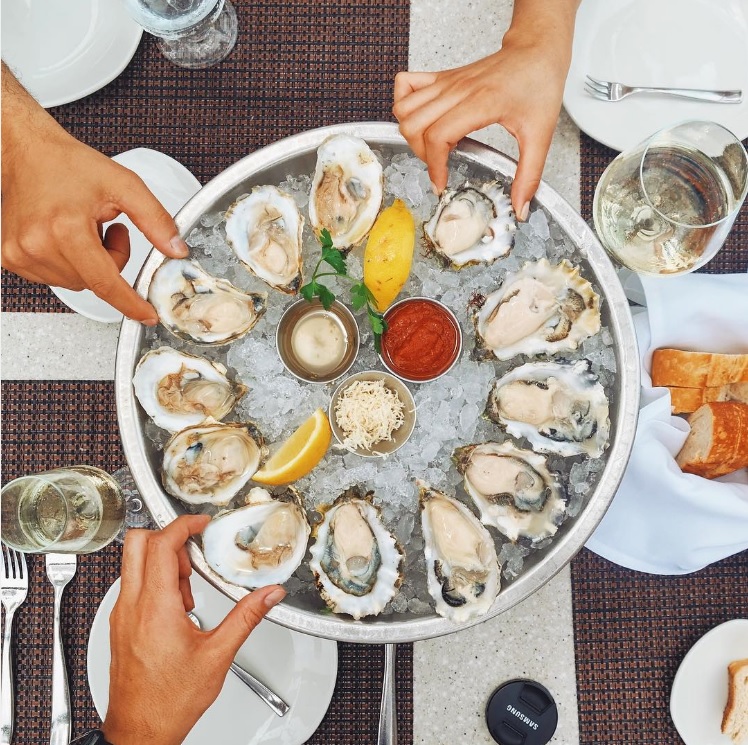 Find fresh fish and a raw bar at the Fish Market in San Diego.

For Other Food in San Diego

The Fish Market isn’t the newest or most exciting spot around, but it’s certainly reliable—and honestly, in this crazy, modern world, sometimes reliable is all you want. The best lunch here consists of a lobster roll and a Bloody Mary consumed on the outdoor patio, overlooking the San Diego Bay.

I used to come here as a kid with my brother and our grandparents, who live a few blocks away. It’s the funkiest little shack situated in the middle of Downtown, spitting distance from the always-hopping Gaslamp Quarter. We’d order fried clams, shrimp, and fish and chips and eat them al fresco, fending off peckish little birds and watching the trolley whizz by. Now that I’m a grown adult, I’d add some fried oysters to the mix and call it a day!

Jaynes has it all: cozy atmosphere, quirky wine list, and shrimps sizzling in garlic and oil. Located on Adams Ave in what has grown into one of San Diego’s most dynamic neighborhoods, this elevated British pub has become a staple for my family. Sit on the back patio when the weather is nice (almost always!) or grab a seat in the dimly lit dining room.

It’s not always easy to find excellent French food in San Diego, but I am never disappointed by this tiny Hillcrest spot. It’s just one of those places that’s got integrity—and you can taste it in the escargot. Classic French dishes come to life in a classic French setting, complete with chalkboard specials and a delicate little chandelier. 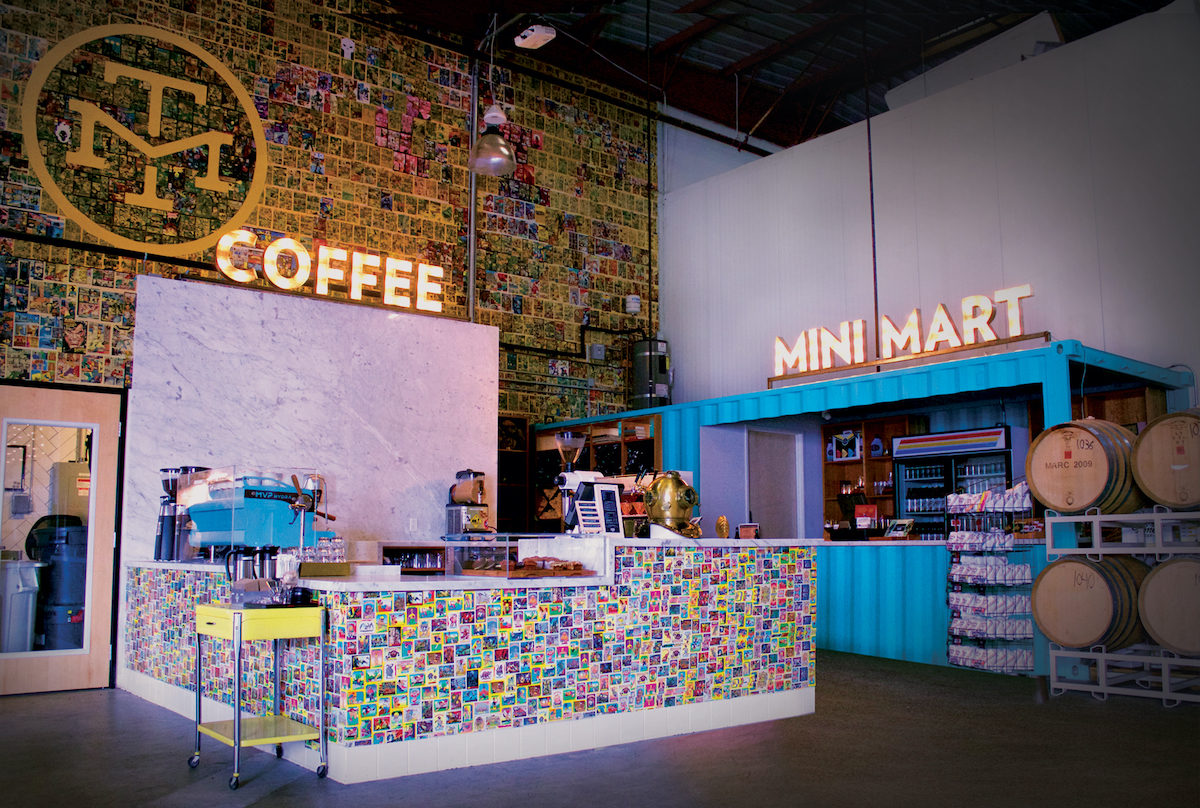 Modern Times is the beer spot for sour lovers.

Where to Drink in San Diego

San Diego is the craft beer capital of the world, much to the shock of the general public. But with over 200 breweries and tasting rooms in the county’s 325-mile radius, this city is bursting at the seams with delicious beers—not to mention an astounding variety of styles. No matter where in the city you find yourself, you’ll likely be a quick Uber away from a quality tasting room.

My favorites include: Modern Times, because I’m a sucker for their sours and goses; Burning Beard, because the wood-lined pubby interior gives me Scandinavian hygge vibes even when it’s 80 degrees outside; Blind Lady Ale House because it’s a true, casual neighborhood staple; and Eppig Brewing, because nothing beats their waterfront tasting room.

In case you’re burnt out on the brews, there’s also an exciting cocktail scene to explore, including Erick Castro’s Raised by Wolves and Polite Provisions. 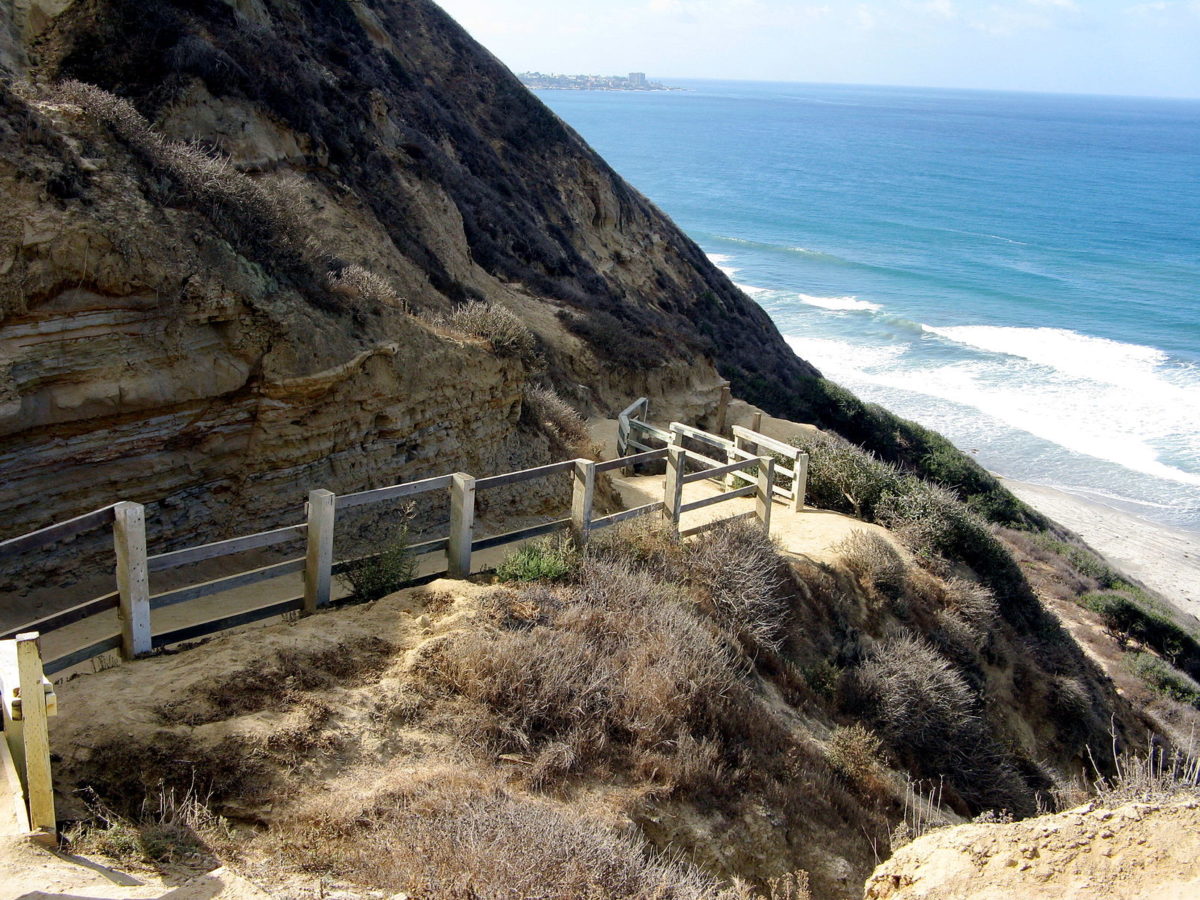 If you’re going to San Diego, I’m assuming you’re going to the beach, otherwise I might suggest you reevaluate your life. My personal favorite is Torrey Pines State Beach, partially because there’s great, easy hiking (just watch for rattlesnakes!) on the cliffs on the south end. That’s also one of my favorite drives in the whole city—it’s ridiculously beautiful even from the road—in case you’re not looking to get your feet wet.

A bit further north is Moonlight State Beach in Encinitas, which has volleyball nets and some fun shopping just up the road. To be honest, I like to come here with a quart of fresh ceviche from Vallarta Supermarket and just eat it with my toes in the sand. 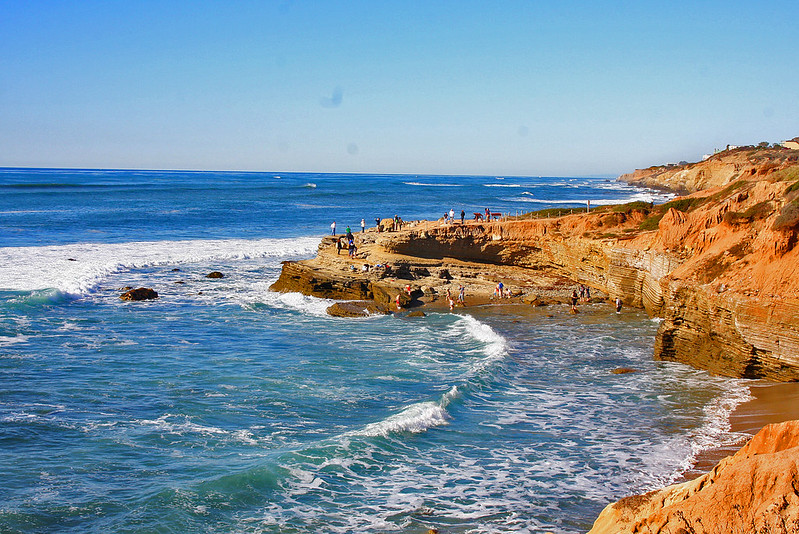 The tide pools at Cabrillo National Monument at Point Loma.

Down in the opposite direction, past Torrey Pines, you’ll find La Jolla Shores, which is a quintessential newcomer’s beach. It’s flat and sometimes touristy but great for kayaking. Sometimes you even get seals coming in really close from nearby Seal Beach at La Jolla Cove.

For the ocean lovers who don’t just want to laze around on a beach towel all day (nothin’ wrong with that), head to the tide pools at Cabrillo National Monument in Point Loma during low tide. You can hop around from rock to rock, pretending to be a scientist, inspecting each little ecosystem. If you’re there at the right time of year (December through April), you might catch a glimpse of some Gray whales migrating south to Baja California for winter. 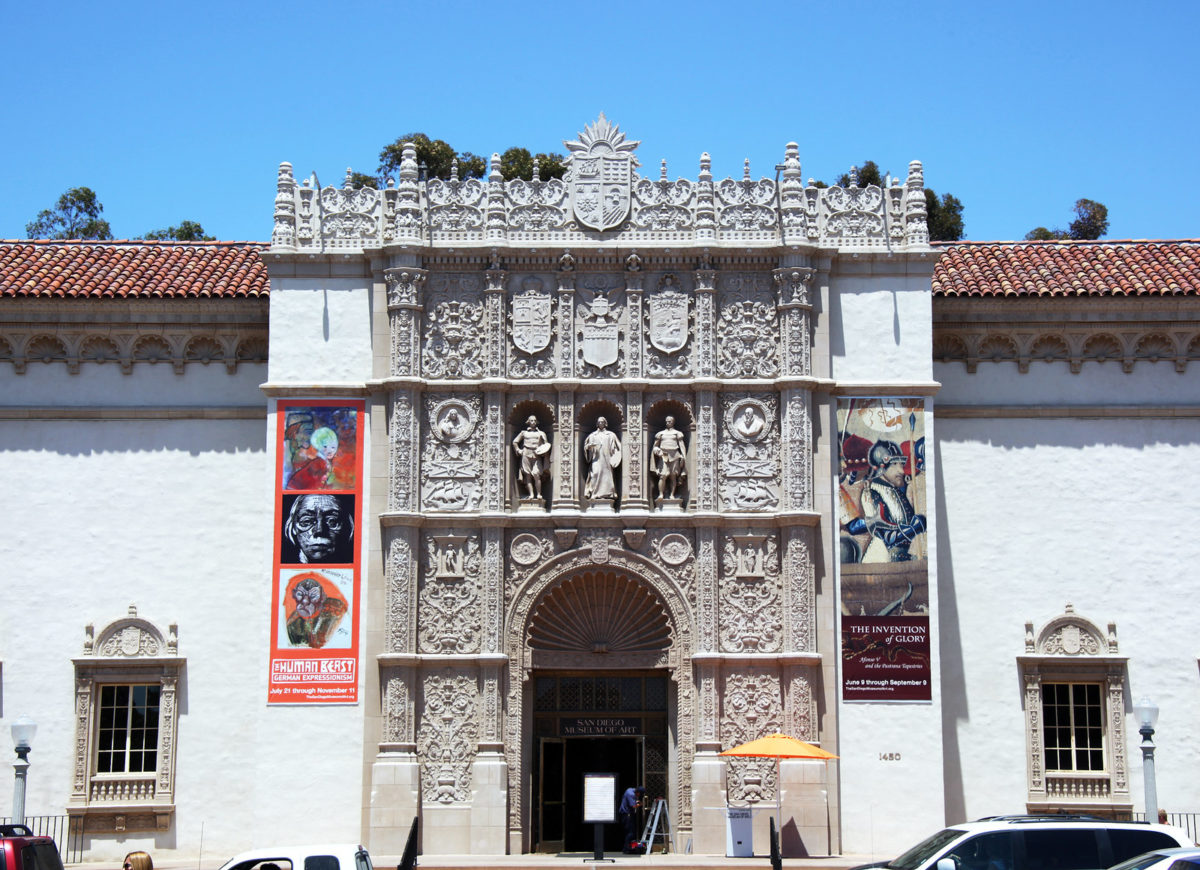 The San Diego Museum of Art in Balboa Park dives deep into the city's Spanish history. Photo by Tim Evanson.

What to Do in San Diego

We’ve got beaches aplenty, but we’ve also got culture, mmkay? Barrio Logan, mentioned above, is known for its iconic public and street art depicting Chicano history, particularly in Chicano Park, located beneath the Coronado Bridge. Every April, this neighborhood celebrates Chicano Park Day with traditional and contemporary Mexican-American festivities and food.

Outside of Barrio, San Diego’s crown jewel is Balboa Park, a giant complex built in the mid-19th century that houses museums, gardens, restaurants, and theaters inside of colonial Spanish–style buildings. My favorite activities at Balboa include a stroll through the Inez Grant Parker Memorial Rose Garden (I’m biased, though, because my grandma has been volunteering here for over a decade), plus visits to the San Diego Museum of Art, the Museum of Photographic Arts, the lily pond, and the Japanese Friendship Garden.

There’s also some highly underrated vintage shopping to be done in San Diego. For accessibly-priced and groovy statement pieces, Flashbacks in Hillcrest is the place to go. There’s also an independent bookstore, Bluestocking Books, a couple doors down and a Buffalo Exchange across the street. For tighter curation and everyday staples, La Loupe Vintage (which has two locations) is a sure bet.

Where to Stay in San Diego

The best neighborhoods for AirBnbing in San Diego are North Park, South Park, Hillcrest, or Normal Heights. All are relatively central to the must-sees and the must-eats, and they’re surprisingly walkable (remember, we’re in California here). If you’re going for a hotel, I’d recommend staying in the East Village somewhere like the Kimpton Solamar.