There are certain places—show-stopping hotels, award-winning restaurants, local dive bars, or incomparable vintage shops—that are worth planning your whole trip around. The Palo Verde Hotel in La Libertad, El Salvador, is one of those places.

About an hour’s drive from San Salvador’s city center is a getaway built for tourists with the long view in mind. Palo Verde Hotel is a boutique property on El Salvador’s southern coast, and one of the first of its kind. “My business model was based on sustainability,” says owner Camilo Menéndez. “There are three aspects to sustainability: economic, social, and environmental.”

Most people don’t realize that El Salvador is only a four hour flight from New York City, with unparalleled beaches, seafood, and hiking. It’s home to 23 active volcanoes, 191 miles of coastline, and jungles full of natural resources, like coffee, indigo, and sugar, yet El Salvador is often overlooked due to persistent violence among gangs in some areas of the country.

As locals like Menéndez invest in tourism, El Salvador will likely start to see the wave of visitors it deserves. 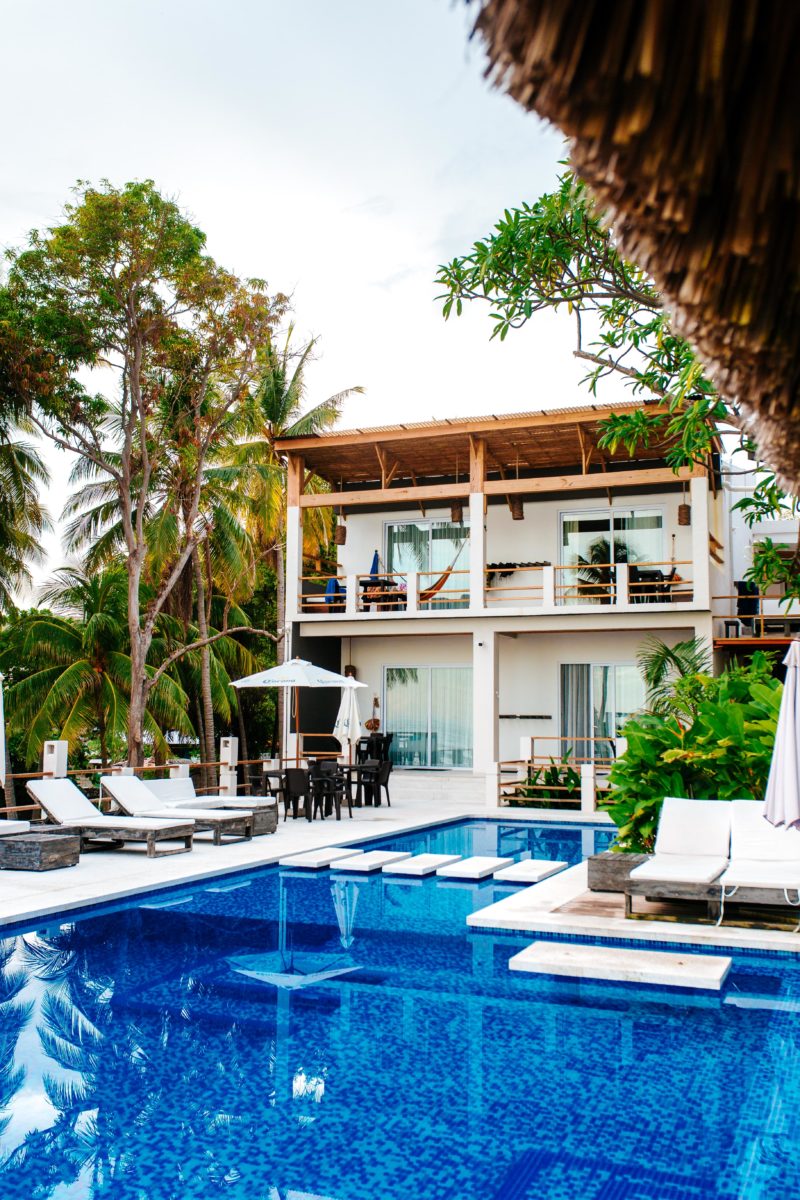 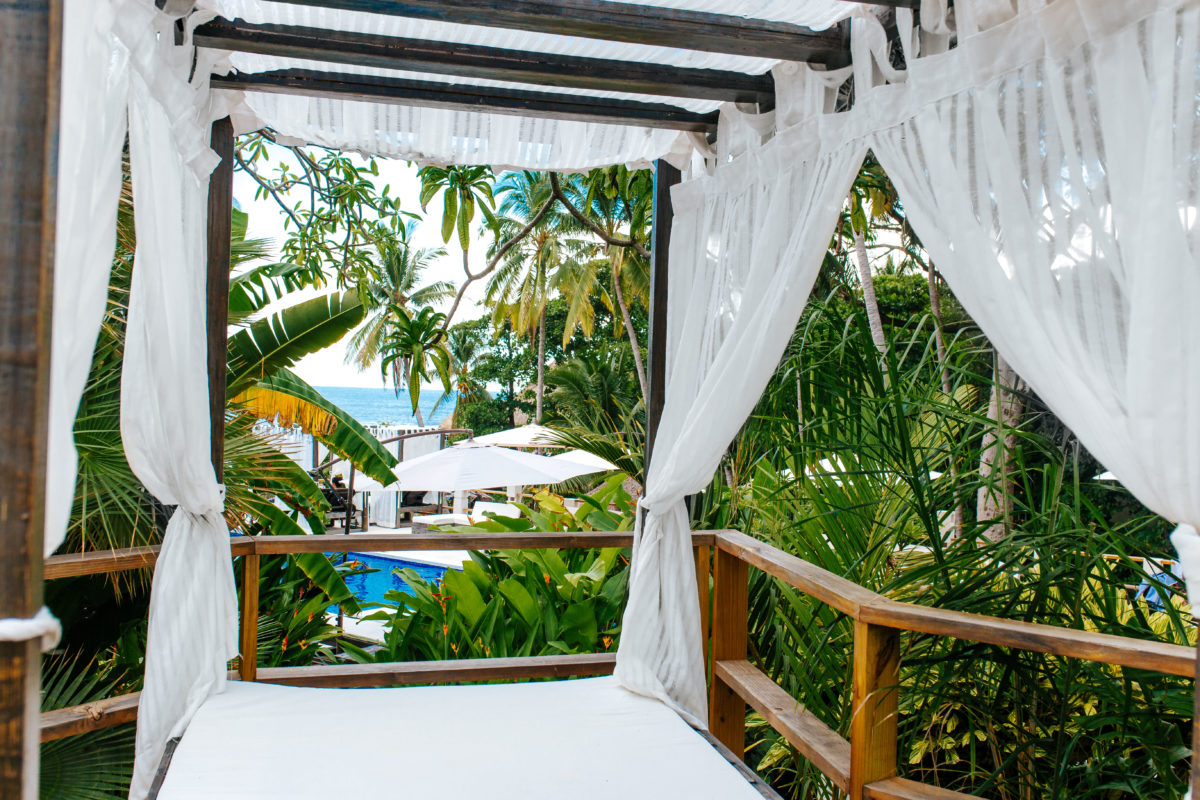 Why it’s worth traveling to…

Staying at the Palo Verde will do more than provide you a lovely homebase for vacation in El Salvador: Menéndez is committed to boosting his country’s visibility and economic stability, plus, he’s built his hotel with sustainability in mind. The open-air lobby of Palo Verde means there’s no need for air-conditioning, and the hotel’s gardens are watered with collected rain; a request has to be put in with the front desk when you’re ready to take a shower, so they can turn on the hot water, rather than keeping it on 24/7. The hotel’s Olor de Mar restaurant serves up local fish prepared as ceviche, and has banned plastic straws. The 10 rooms are minimal, with half of them facing the infinity pool and the ocean beyond.

Pro-surfers visit from late April to mid-November, when the waves are bigger, but you’ll find a mix of beach-ready tourists year-round—mostly from Europe, as Americans haven’t quite caught on to the country’s appeal yet. 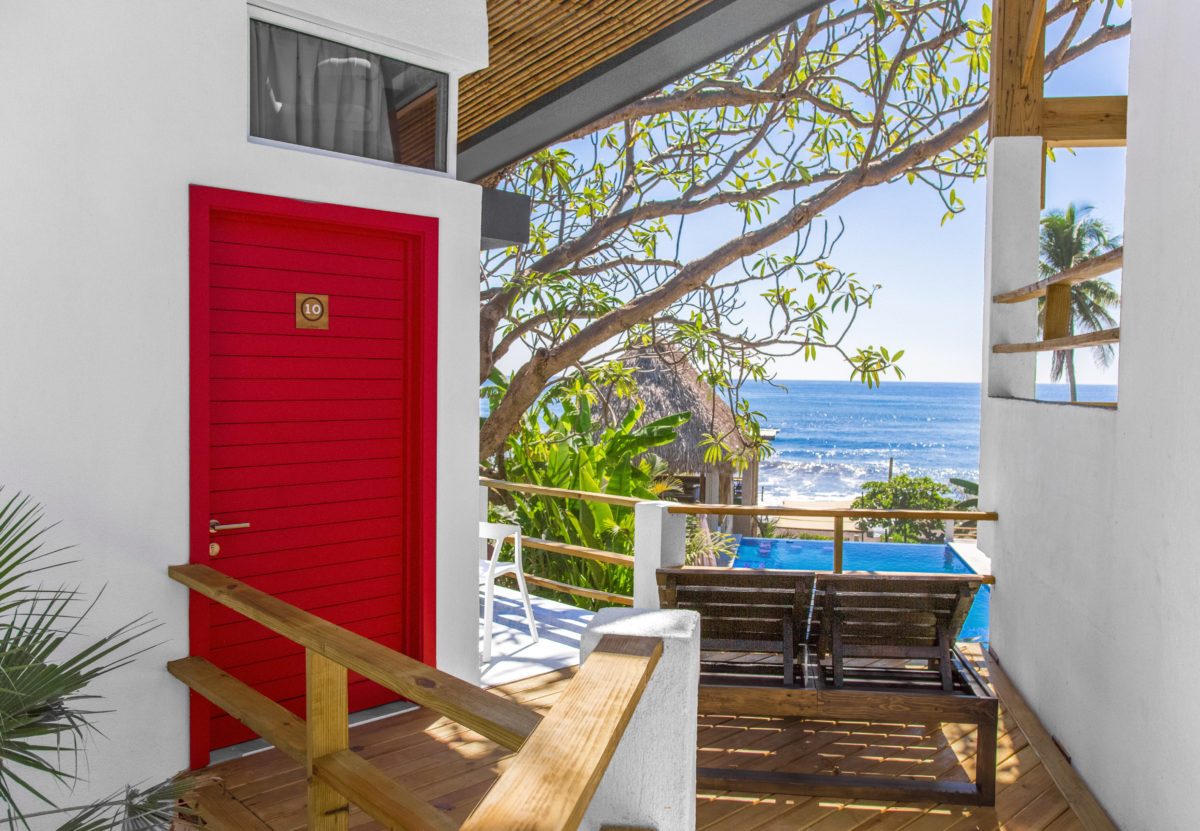 What should you bring or wear? How do you prepare?

Like in all surf towns, casual is the name of the game here. Don’t overthink it—you’ll be spending most of your time on the beach anyway.

The water is best for beginners in the “off season,” though there’s still plenty of action in the water during those months. Pristine—and not-so-crowded—beaches exist year-round for all types of vacationers.

What else should you do around the area?

Beyond the hotel, the port city of La Libertad contains three of the best right-breaking surf spots in the world: El Zonte, Punta Rosa, and El Tunco. El Tunco has vibes similar to most other beachside communities around the world. Known as the party spot, this is where the highest concentration of bars and restaurants—and foreign visitors—can be found. Order ceviche at Juanita, see live music at La Guitarra, and go dancing at Blú.