Why El Salvador Should Be On Your Travel Wishlist

A surfer checks out the El Zonte break.
DispatchAlly Betker

For issue 07 of Here Magazine, Editor-in-Chief Ally Betker traveled to El Salvador and found hope in small pockets of community.

El Salvador’s international reputation largely stems from its civil war in the ’80s and the subsequent gang violence that has continued to dominate headlines.

Yet my experience in the Central American country feels so jarringly disconnected from this narrative that it’s difficult to reconcile. After just a four-hour flight from New York City, I find myself in a country rich in natural wonders: 23 active volcanoes, 191 miles of coastline, and jungles full of natural resources, like coffee, indigo, and sugar.

Violence here has not slowed—the murder rate is, at the time of this writing, approaching an average of ten per day—but the number of visitors to the country has increased each year since 2010, according to statistics from the World Bank. In 2016, almost 1.5 million tourists went to El Salvador.

The tourism community may be small in El Salvador, but it’s tight-knit.

Without local opportunities, Salvadorans continue to rely on family members living and working abroad, who send money back home. The $4.6 billion remitted from abroad in 2016, mostly from the United States, accounted for 17 percent of the country’s GDP. As in many other countries with limited employment opportunities, tourism in El Salvador has the potential to improve a waning local economy. According to the World Travel & Tourism Council, tourism contributed to around 10 percent of El Salvador’s GDP in 2017.

The immediate effect is twofold: bringing money into El Salvador, and providing opportunities for people, beyond joining gangs or fleeing the country.

“I believe in my country; I believe in my people,” says Camilo Menéndez, the owner of Palo Verde Hotel in La Libertad, on El Salvador’s southern coast. “I want to see my people succeed and not immigrate to the U.S.”

A sustainable getaway built for tourists with the long view in mind, Menéndez’s boutique property is one of the first of its kind. “My business model was based on sustainability,” he says. “There are three aspects to sustainability: economic, social, and environmental.”

Menéndez is particularly interested in hiring women, providing some of his female employees with scholarships to study hospitality. 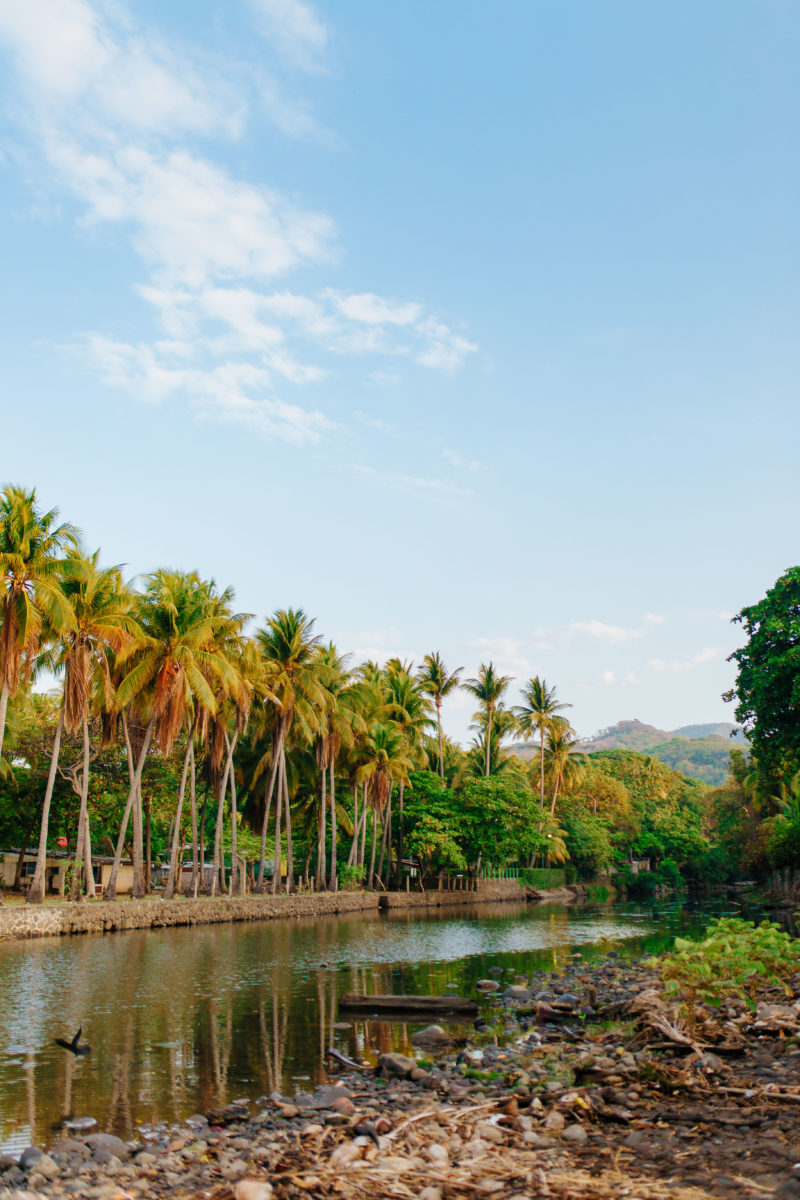 El Zonte River, in front of Alex Novoa's hotel, Esencia Nativa, which is popular with surfers.

Pro surfers visit from late April to mid-November, when the waves are bigger; the water is best for beginners in the “off season,” though there’s still plenty of action in the water during those months. Pristine—and not-so-crowded—beaches exist year-round for all types of vacationers.

It’s a far cry from the story being told by international news headlines.

The tourism community may be small in El Salvador, but it’s tight-knit. Menéndez’s close friend Alex Novoa has run the Esencia Nativa hotel nearby for over a decade. He also runs the Wipeout Surf House in the same area, where he teaches surf lessons to visitors and runs a surfing academy for local kids that he calls Surferos. The academy will hopefully provide a new generation with a hobby and a skill from which they can benefit.

It’s with Novoa, surfing the El Zonte break, that I fully understand El Salvador’s tourism potential. The beach stretches long and empty in front of locally run hostels and hotels, and only a few other beginner surfers bob along in the water beside me. The sun is beginning to set, and the waves start to bounce as high tide comes in. It’s time to get out of the water, and the only thing that convinces me to do so is the cool beer from Cadejo Brewing Company that is waiting for me at the shack-bar that opens up onto the sand.

It’s a far cry from the story being told by international news headlines, but this El Salvador will always be worth visiting.