In London, Punk Isn’t Dead Yet

Although the streets of London have seen copious change since the 1970s, the punk scene of a bygone era still lives on.
DispatchTiana AttrideLiam Hart

How punk defined 70s-era London—and how today’s scene keeps the spirit alive. Plus, the best places to see punk gigs in the U.K. capital city.

Punk rock is the music of pure adrenaline. It’s anti-establishment and pro-expression; it’s raucous and raw; it’s “noise” that most parents hate, which admittedly sweetens the pot for a lot of listeners. The decades gone by since the genre’s inception have done little to diminish the power of its sound—crowds can’t help but surge with energy when punk rockers’ chaotic guitars, drums, and vocals rip holes in the sky. All the more fun, then, to imagine how jolting it must have been when bands first started to take to the stages in politically charged, 1970s-era London.

When Butcher arrived, the city was still reeling from the tumult of the ’70s, years rife with political and economic instability. The country’s failing economy and sparse job market left millions with empty pockets, living in constant fear of what the future might bring.

The Sex Pistols's "Anarchy in the U.K.:" A true sign of the times.

That fear soon turned to wrath, and the fury that festered in the city’s youth gave way to bands like The Clash and The Sex Pistols, who arrived in the latter half of the decade and launched England’s punk movement.  Fueled by anger toward class divides and a lust for revolution, wild but sharp-witted characters like Joe Strummer, Mick Jones, Johnny Rotten, and Sid Vicious set in motion a movement that’s still churning today.

“It was a whole movement, propelled by the times of the Thatcher government and high unemployment,” says Butcher. “Things were very harsh in England at the time, so it was real music. Punk felt very, very real.”

Still, punk’s merits didn’t lie exclusively in its anarchic pursuits. Its manic sound also had a more general appeal that drew crowds of rowdy kids just looking to have a hell of a time.

Views from quarantine in London → 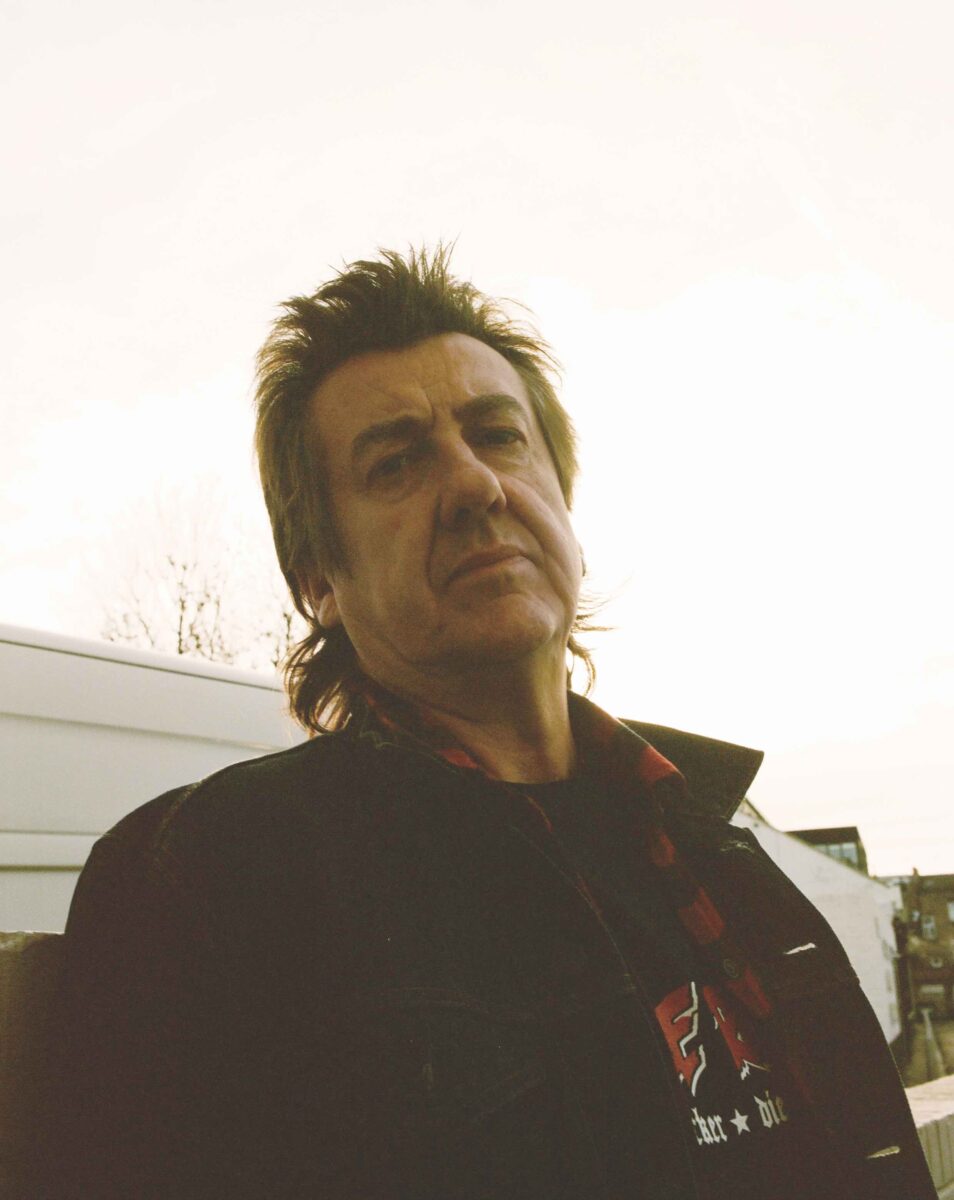 “Punk is so broad and there is tons of it that’s political—but I also love stuff that’s got no political merit whatsoever,” says Marco Palumbo-Rodrigues, cofounder of label No Front Teeth Records in North London. “I’m a real sucker for straightforward, snotty punk. It’s gotta be kind of fast, kind of angular. It’s got to be urgent, obnoxious, and fun.”

On a (rare) sunny day in East Finchley, Palumbo-Rodrigues greets me in a leather jacket and captain’s cap, a single cross dangling from one ear—an ode to the fashion that established punk as a subculture, not just a musical genre. (“It’s weird—my parents are Italian, and Italian parents are usually quite strict. But mine always let me be me. My mum used to bleach my hair for me and cut my mohawk,” he remembers.)

Palumbo-Rodrigues found punk as a teenager, and the flame it ignited in him has only grown stronger since—essential, considering No Front Teeth is a two-man operation run from his backyard studio. Emblematic of the genre’s D.I.Y. nature, the grassroots label has successfully produced over 260 releases in 20 years, powered entirely by love for the music.

“I always feel like you’re chosen by punk rather than you choosing punk,” Palumbo-Rodrigues says. “I never looked back. I literally sold everything and bought all punk records. The whole collection I have now is punk: 5,000 LPs.” 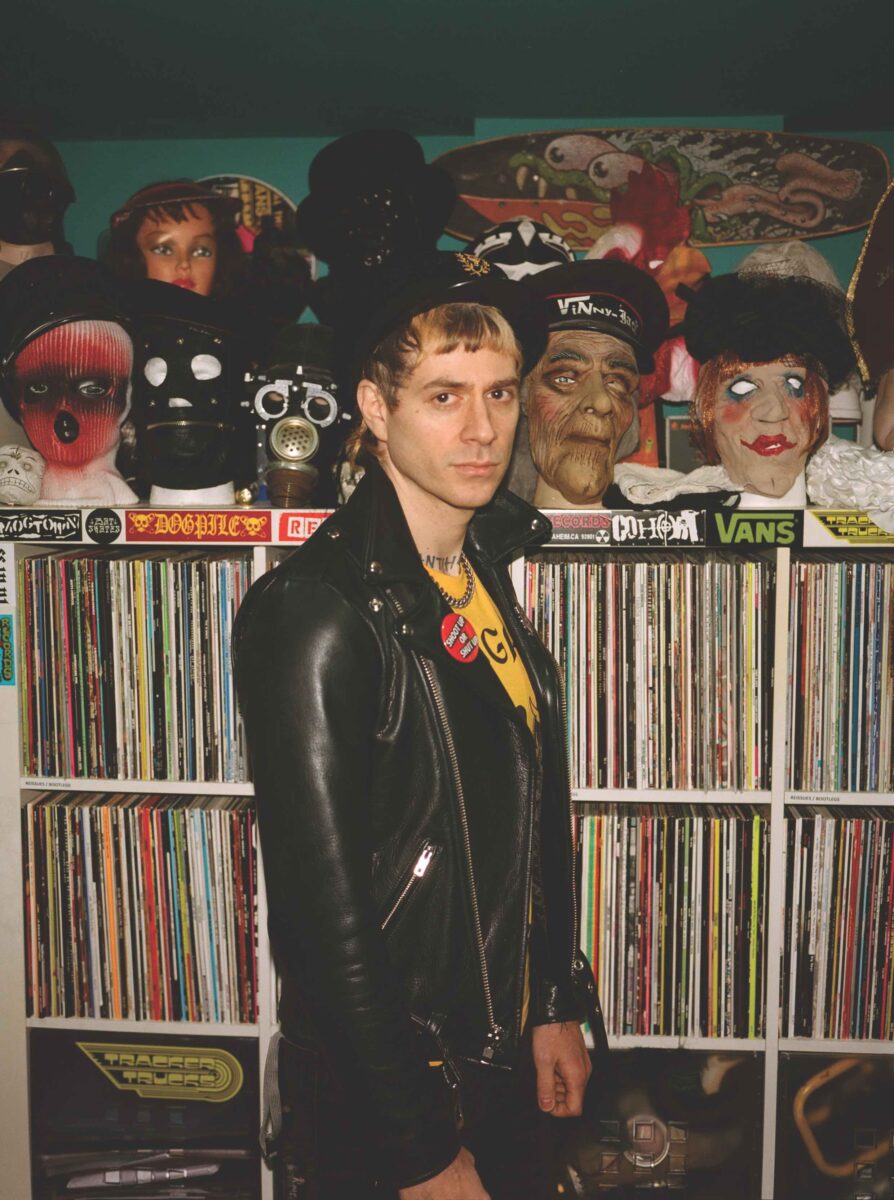 But even with its timeless sound and lifelong devotees, there’s still the age-old question: Is punk dead?

According to the members of today’s scene, absolutely not. In fact, it’s only just begun.

“If anything, the scene’s just getting bigger and bigger,” says Tom Crossley, frontman for local punk band The Phobics. At a recent show at The Pelton Arms pub, he tells me, the turnout surprised even him: The venue packed out, the energy was right, and the combined noise of the band and the fans shook the ground as intensely as the earliest punk groups shook the city.

“In London, I think we’re lucky. There are a lot of venues putting on punk gigs and specializing in that sort of music,” Crossley says. “At shows, it’s always a real gathering of the clan. It’s a bizarre melting pot; it’s quite a good laugh.”

And even better, those lovingly known as Old Punks get along swimmingly with up-and-comers; it’s a generational gift that’s happily passed up and down. “There’s not a massive amount of discrimination between the older bands and the younger bands; we’re all peers. They feed into us and we feed into them; we get ideas from each other,” says Crossley.

The Phobics performing their song Lipstick in 2019.

“The expression ‘punk is dead’ came out ridiculously early,” says Palumbo-Rodrigues. “There were so many times we could’ve given up and said, ‘What’s the point?’ But we stuck with it because we do love it. It’s never gonna go because people are too passionate to let it die.”

For Butcher, punk is eternal because of the values it instills in people—not only through the music, but through its community.

In fact, Butcher says, considering the turbulence of the times—governments gone awry, the devastation of the environment, the pressures of the internet, and the familiar threat of a bleak future—it won’t be long before the next wave of punk rockers find themselves all revved up and ready to go.

“It will be good to see another resurgence of kids picking up guitars and trying to make a statement, because they haven’t got much future at the moment, have they? The world is being run by older people, and it’s not going in a great way,” he says. “It’ll be great to have a soundtrack to that again.” 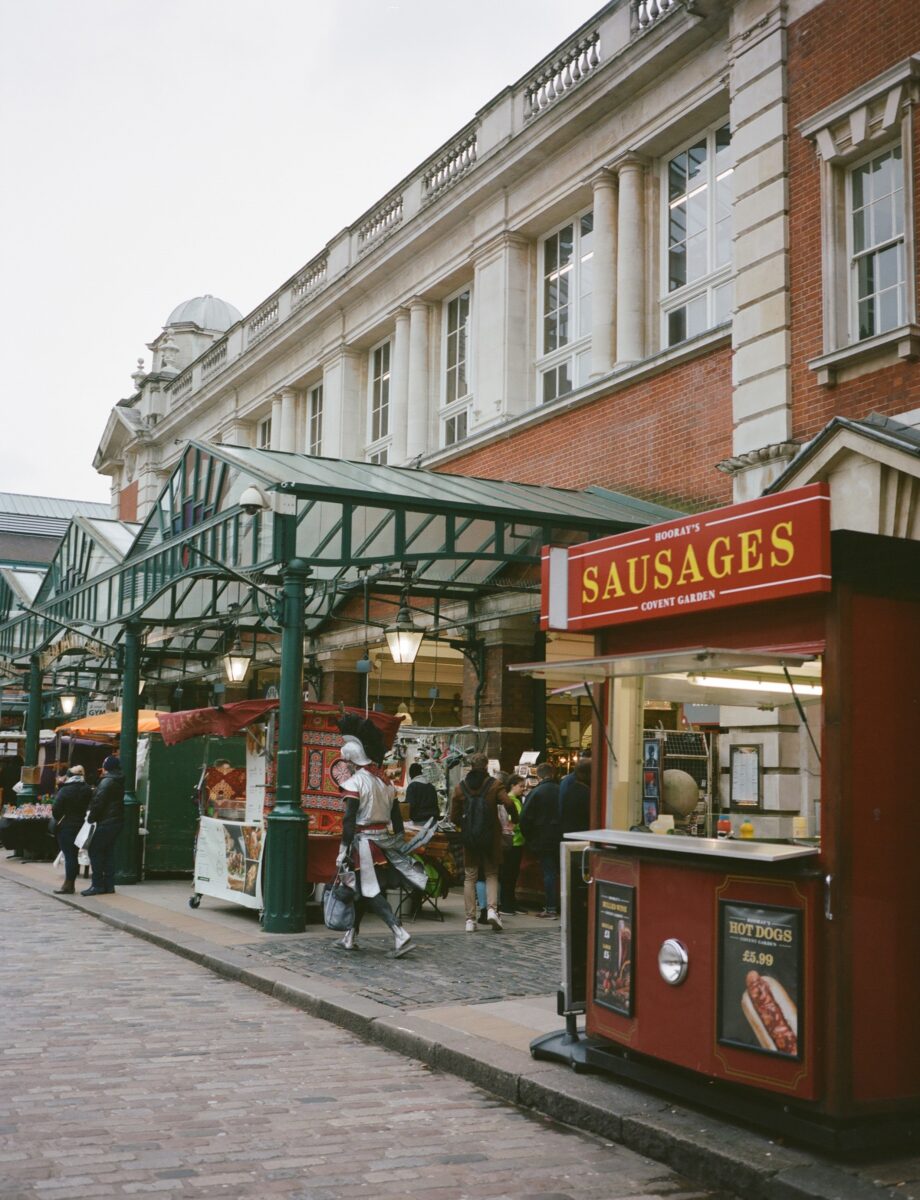 Across the city, music venues host nights out catered specifically to fans of rock, punk, and alternative music.

Where to Hear Punk in London

Over in Camden Town, the Underworld has no recorded opening date. It’s rumored to have been in operation as long as the pub above it, the World’s End, which goes back as long as anyone can remember—a nod to the venue’s enduring status as a home to London’s alternative and hardcore groups.

This no-frills, straight-to-the-point staple in South East London puts on shows seven nights a week, playing host to open mic nights, well-known acts, and some of the best up-and-comers in the city’s alternative, indie, and punk music scenes.

A heartfelt (and kickass) ode to the days of yore, retro magazine Vive Le Rock pays monthly tribute to punk, new wave, and rock ’n’ roll, and hosts an eponymous annual awards ceremony with live acts, honoring the punk community and giving general thanks to the music gods that be.

“We never intended to be a label. We were totally a fanzine,” says cofounder Marco Palumbo-Rodrigues. Flash forward two decades and they’ve been steadily releasing about a dozen punk LPs a year as just a two-man operation.

On the second Friday of each month, fans come out to dance, sing, and rally around both established and up-and-coming live bands and DJs spinning classics. Garageland’s pop-up parties channel punk’s D.I.Y. nature, promising free entry for attendees (although donations are deeply appreciated).

A version of this story originally appeared in issue 12 of Here Magazine, where we also explored the cumbia scene in Mexico City and the underground hip hop culture of Tokyo.