If the ridiculous size of the wildlife doesn’t impress you, the sight of the Alaskan tundra definitely will. Strap on your snowshoes: This week’s travel crush is Denali National Park.

Stick with me for a moment: Have you ever seen a moose in person?

Not a measly Eastern or Eurasian moose—the Alaskan moose, the largest subspecies of deer in the world. Male Alaskan moose can grow up to nearly seven feet tall (from hoof to shoulder alone), weighing up to 1,600 pounds. That sounds large on paper, but photos and videos of these creatures make their size seem even more ridiculous.

If you didn’t know, now you know.

If you’re as blown away as I am by the pure size of these creatures, you’ll be even more impressed by the enormity of the rest of Alaska’s Denali National Park, another in the ever-growing series of subzero quests and stunning natural destinations I covet.

Covering six million miles—making it the second-largest national park (and another of many parks we think you should visit this year!) in the country only after nearby Wrangell-St. Elias—Denali’s flora and fauna are both sights to behold: Deep in the Alaskan wilderness, it’s easy to access wildlife hotspots, glacier hikes, towering mountains, vast expanses of tundra, and—if your timing is right—the Aurora Borealis twinkling overhead.

Everything may be bigger in Texas, America’s largest contiguous state—but everything is surely biggest in Alaska, the largest of all fifty. 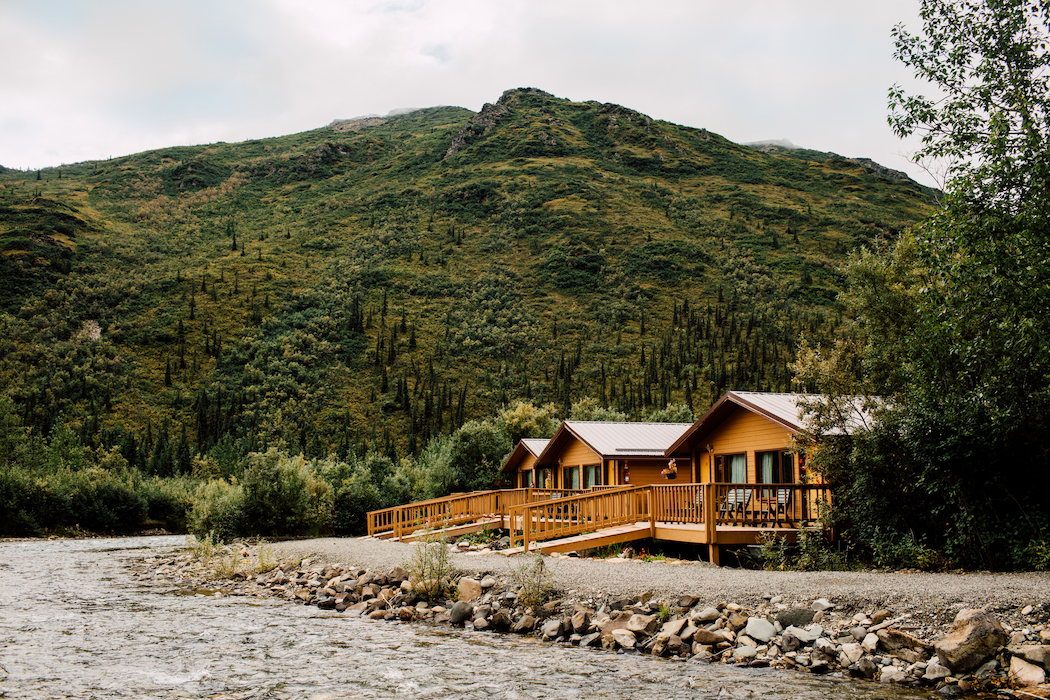 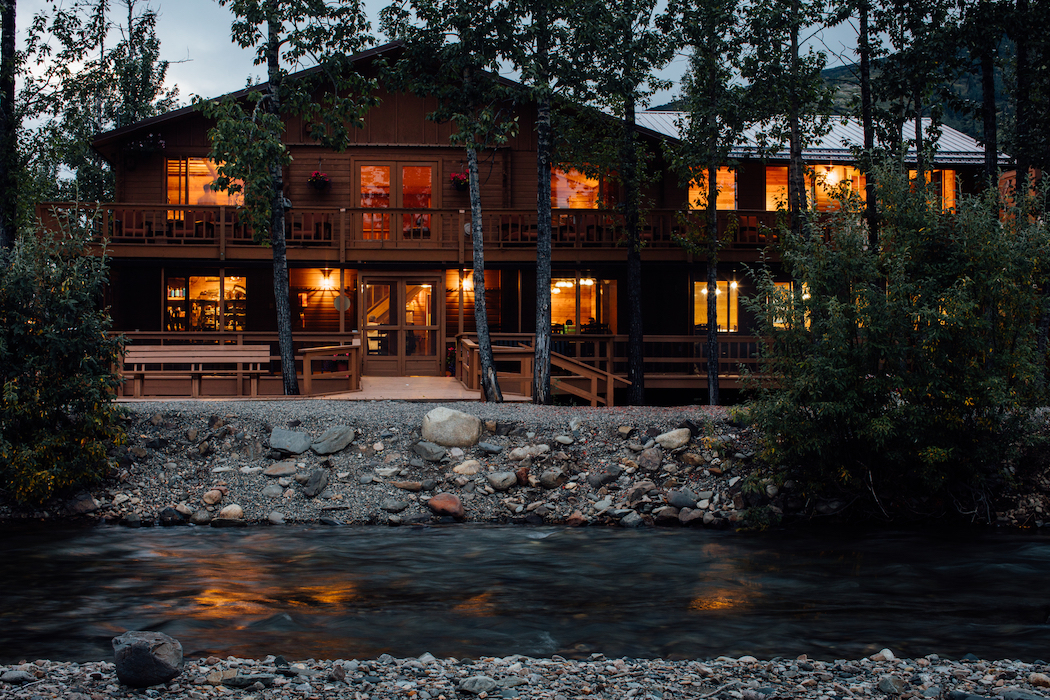 You have to take a private bus to reach the lodge, providing a wildlife and sightseeing tour along Denali Park Road. Photo courtesy of Denali Backcountry Lodge. 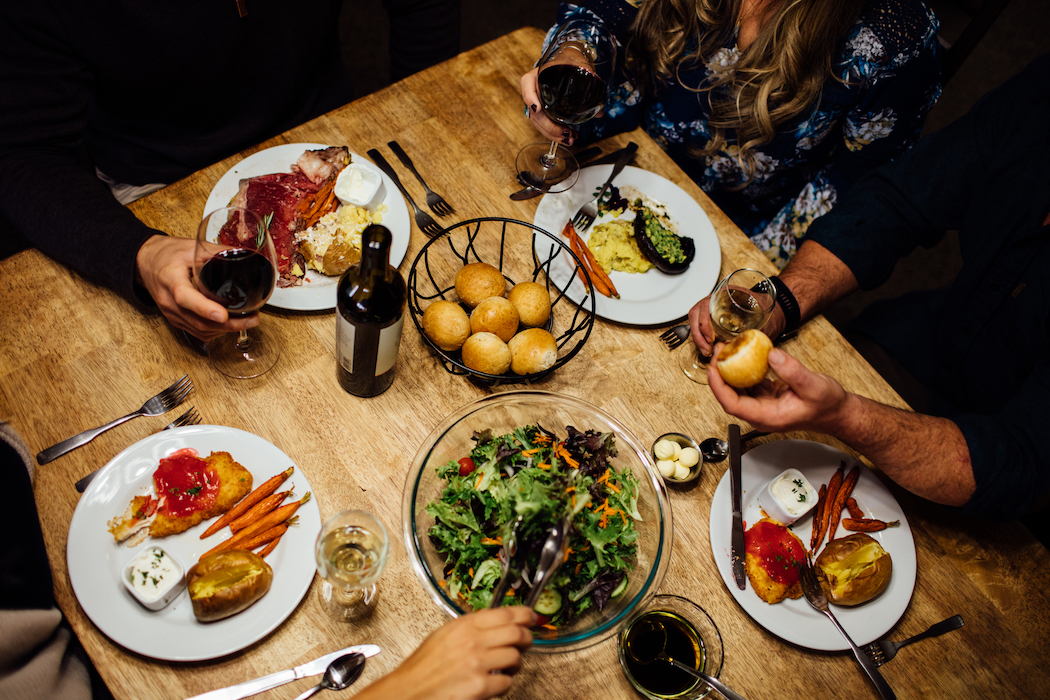 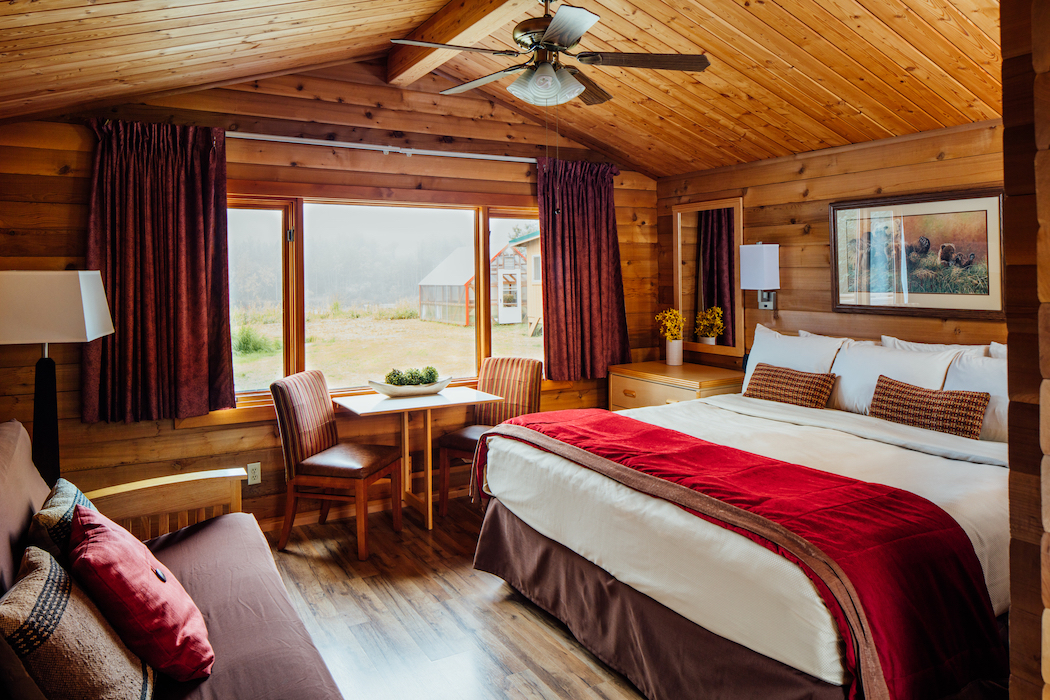 However, there is no Wi-Fi on site, allowing for healthy disconnection and immersion in nature. Photo courtesy of Denali Backcountry Lodge.

No Wi-Fi, No Problem

As with all modern outings in the wild, it’s often best to strike a balance between connection and complete isolation. Voted one of the world’s top ten adventure lodges by National Geographic in 2017, the Denali Backcountry Lodge has both: Its spa, upscale seasonal cuisine, and guided tours provide the former, while its private cabins, (healthy!) lack of WiFi, and location deep in Denali—plus the guaranteed tranquility such isolation promises—provide the latter.

Personally, I don’t eat meat, but dishes made from our aforementioned moose friends are considered a delicacy in the Far North (especially considering a single animal could likely feed a family of four for several weeks). Otherwise, you’ll find seafood to the tune of wild smoked salmon and King crab-stuffed halibut—as well as desserts like fresh berry cobbler—piled on my plate. 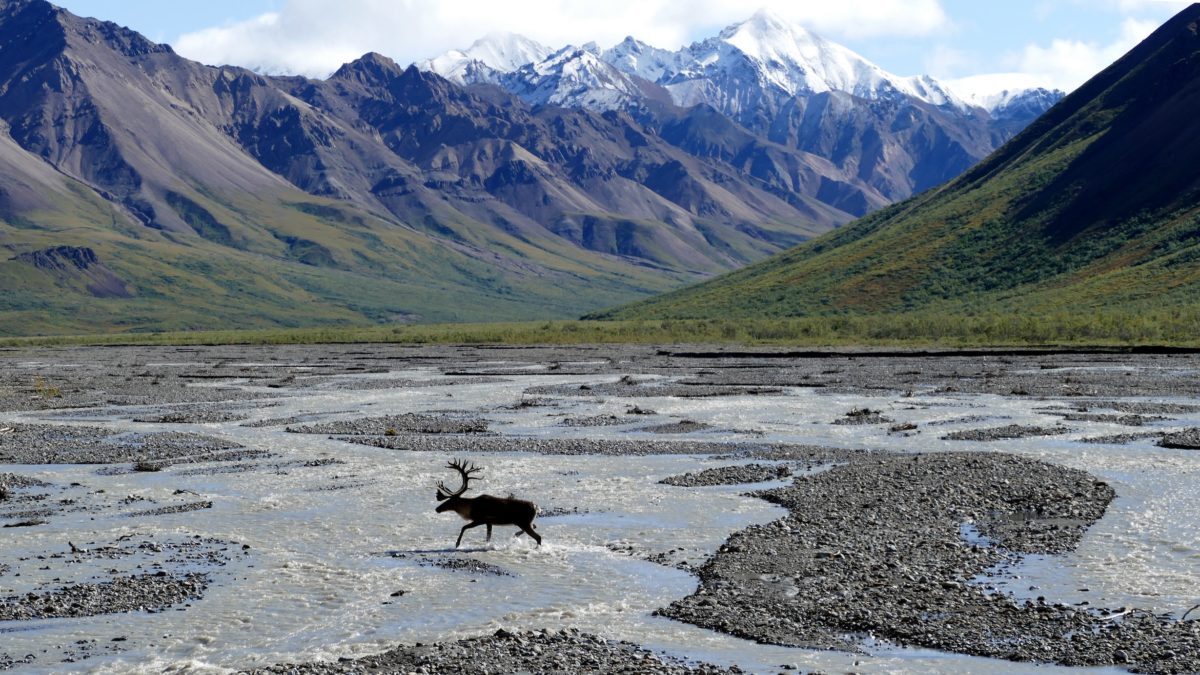 The majority of visitors to the park see wildlife at some point during their visit. Photo by Joris Beugels. 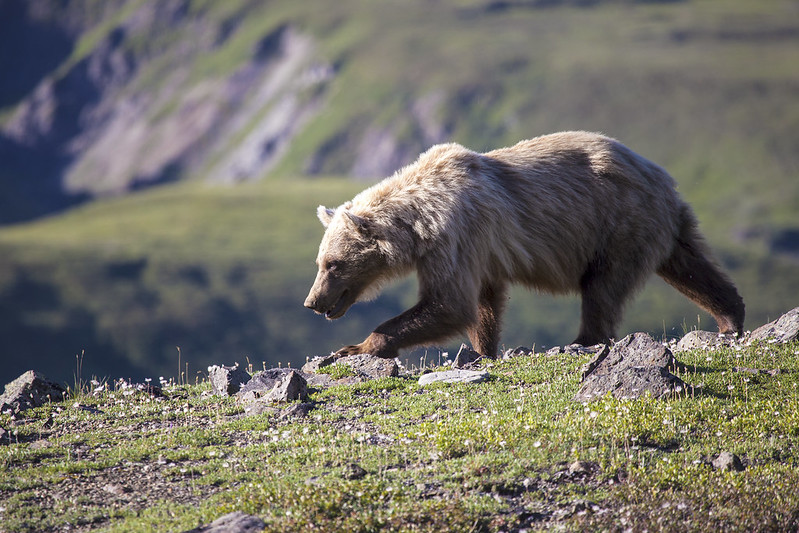 Animals like bears, sheep, and caribou are among the easiest to spot in Denali. NPS photo by Daniel A. Leifheit. 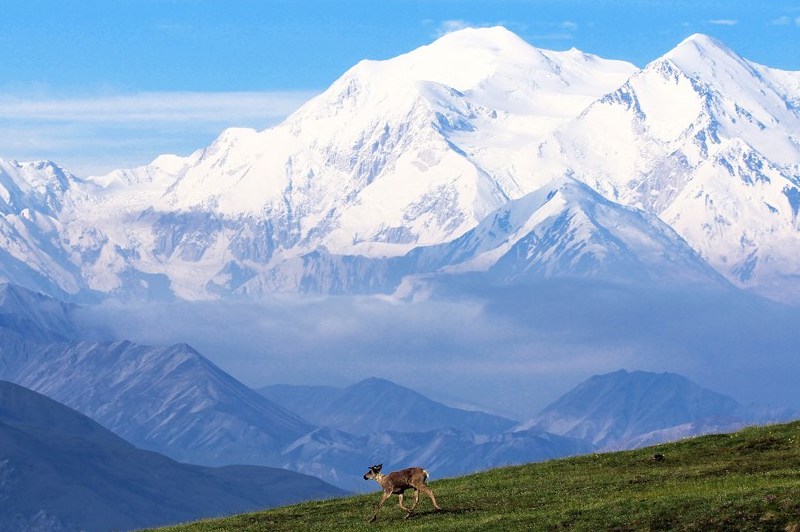 Denali's park services offers amenities like free snowshoe rentals so visitors can roam the countryside with ease. NPS photo by Daniel A. Leifheit.

Excursions in Denali vary only slightly year-round, but this is a trip for adventure travelers above all others. In the summer months when the weather is less brutal, there’s camping, bus tours, and hiking to enjoy; in the winter, strap on some free snowshoes or join a dog-sledding expedition to explore the tundra.

Denali is also home to some of North America’s most impressive wildlife. According to Alaska’s state website, 80-90% of visitors spot bears, sheep, and caribou during their trip; wolves and moose are trickier to come across, although your chances of seeing the latter are better if you visit during the late season.

Regardless, allow your camera alone to get a closer look at wildlife. The animals, with their fluffy coats, may seem approachable, but 100% of park rangers will agree that giant moose are best experienced from a distance.