The Local’s Guide to Dallas, According to Khao Noodle Shop’s Donny Sirisavath

Dallas's Deep Ellum neighborhood is a hotspot for bars, live music, and fun.
Like a LocalAnnie Werner

Local Laotian hotspot Khao Noodle Shop was named Bon Appetit’s #2 restaurant of the year—and this is where their head chef, Donny Sirisavath, likes to eat, sleep, and play all around his home city in Texas.

If you’re one of Bon Appetit’s millions of subscribers (or Youtube or Instagram followers), it’s likely you’ve heard about Donny Sirisavath’s Khao Noodle Shop, the popular food magazine’s no. 2 pick for best new restaurant in 2019.

You may have also heard that Dallas, Texas, where Khao Noodle Shop is based, was chosen as BonApp’s 2019 Restaurant City of the Year.

“Dallas, really?” you might say. You wouldn’t be alone.

“A big misconception about Dallas is that it’s a bunch of pretentious cowboys and cowgirls,” says Sirisavath. “It’s a big city with a small town feel, and it’s really spread out, but I think that’s the reason we have such a diversity of food and culture.”

“A big misconception about Dallas is that it’s a bunch of pretentious cowboys.”

That culture includes Khao Noodle Shop, which cooks up the kind of homestyle Laotian food Sirisavath’s mother, a first-generation immigrant from Laos, made while he was growing up in San Antonio.

“No one knows Laos,” says Sirisavath on the restaurant’s mission to showcase the food of his culture. “It’s this little landlocked country and there are similarities to Vietnamese, Cambodian, and Thai culture. But that’s the thing about Laos—we’re kind of a melting pot of all of those.”

Today, Sirisavath lives in the Old East Dallas neighborhood and is hard at work at Khao Noodle Shop by 6 a.m. most days, but whenever he manages to get a day off, he “thrives on supporting local businesses and local people” as much as possible.

Below are Donny Sirisavath’s favorite haunts in Dallas, perfect for cowboys and non-cowboys alike. 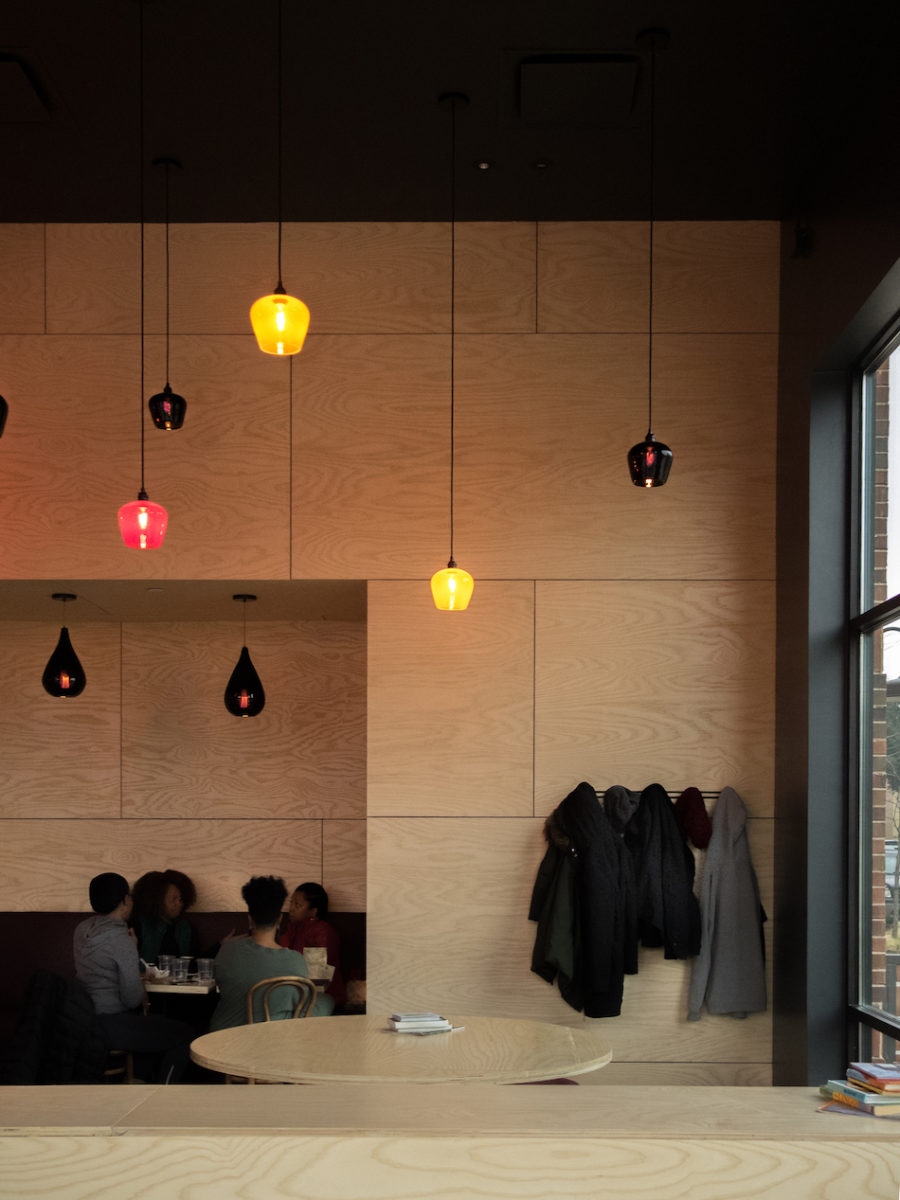 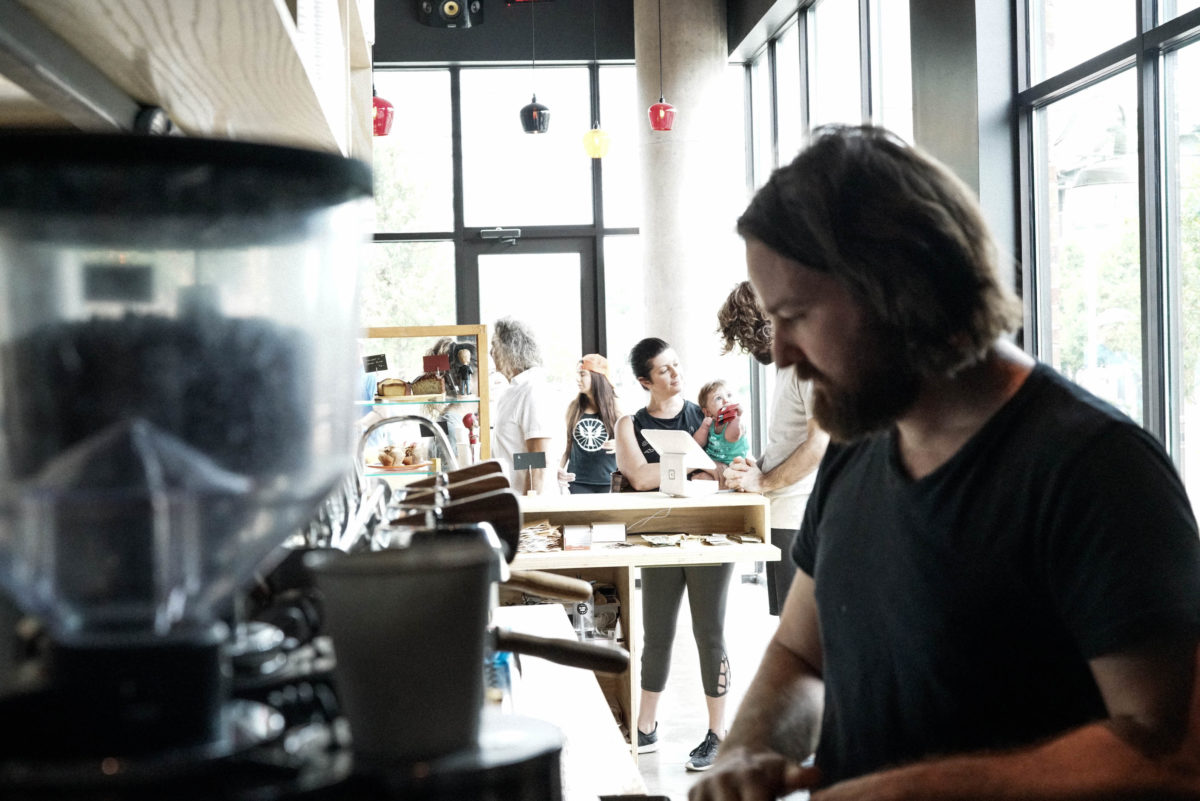 I need coffee in the morning. There’s a place down the street from us called LDU Coffee, and they’re actually these Australian brothers. They came from Australia for a visit and just stayed. They’re super laid back, super chill. My favorite coffee there is called the Magic Man. It’s their version of a Cortado. Everything they do is kind of quirky…just ask them for their wifi password.

There’s a great breakfast taco joint near us called La Popular—it’s actually located inside a convenience store, which is how you know it’s good. 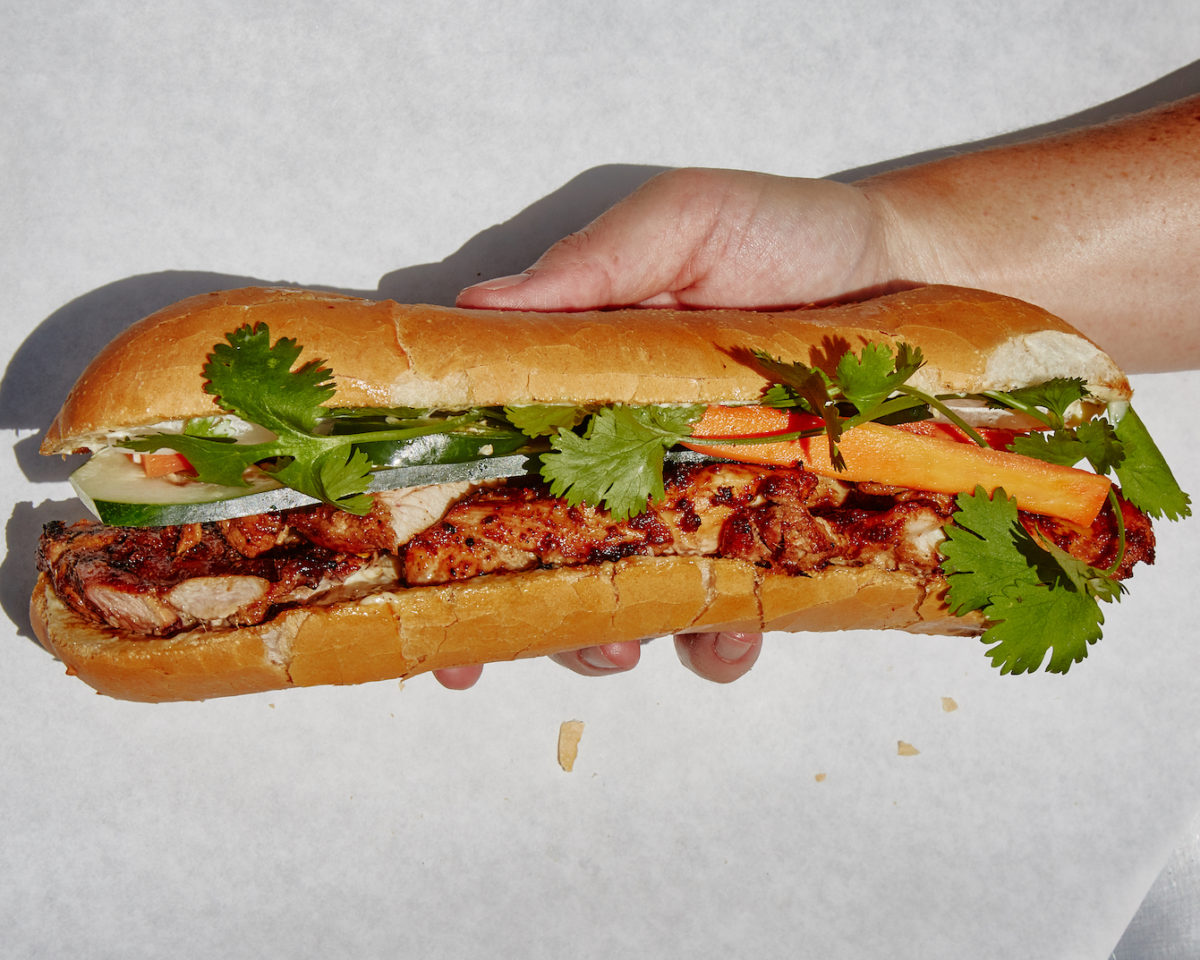 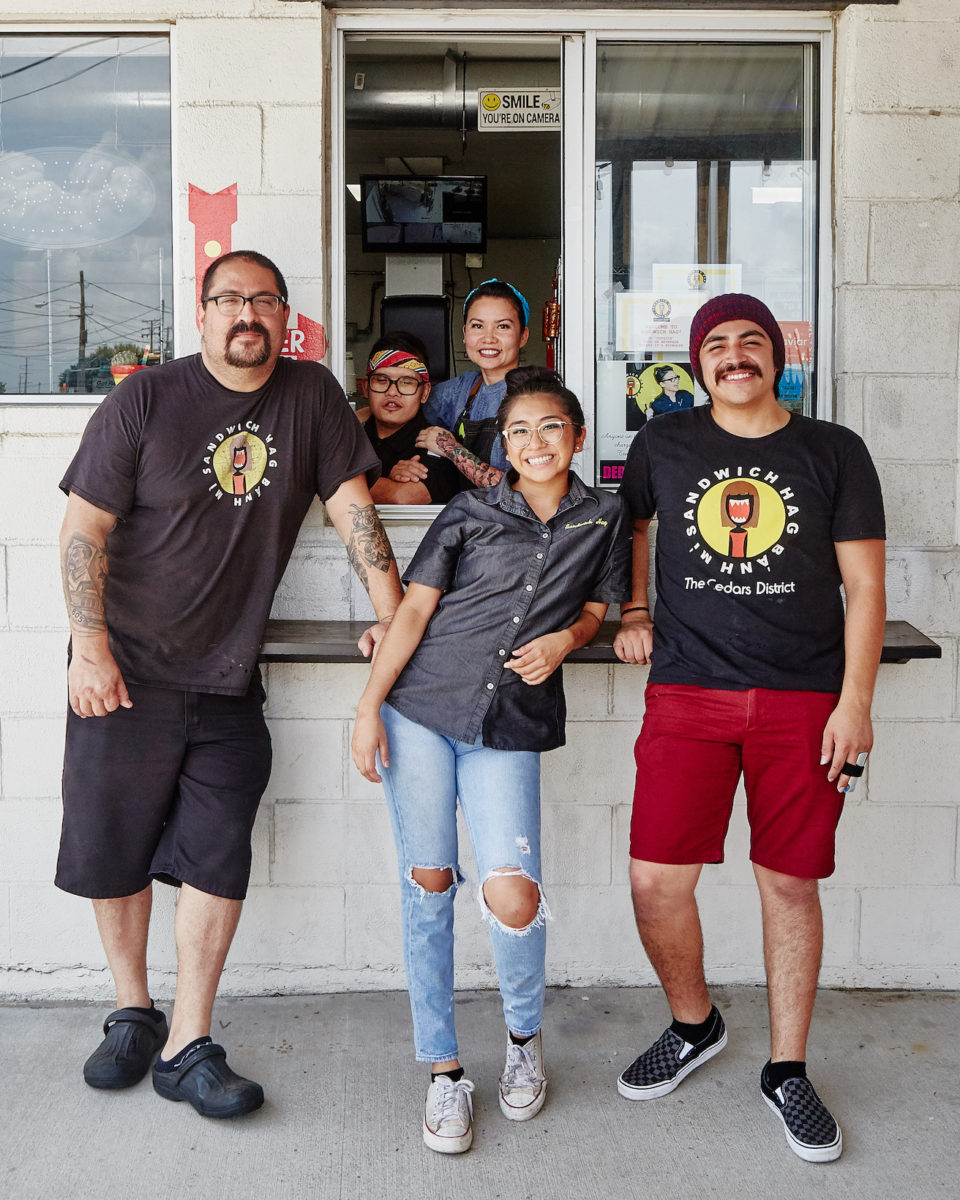 I’m an outdoors guy and I like to bike around town. Dallas is a lot more bike-friendly than it used to be. The Santa Fe Trail is one of the biggest trails for Dallas, connecting North Dallas to downtown Dallas. You tend to miss things when you’re in a vehicle, so it’s a great way to see the city.

A good friend of mine is Chef Reye from Sandwich Hag. She serves up her rendition of Vietnamese food: Banh mis, currys, summer rolls, spring rolls. Just a simple quick bite there; just get your day going. And she does everything in house, so everything is made fresh. If we want something heavier, we’d go to Wabi House for ramen or Japanese izakaya. 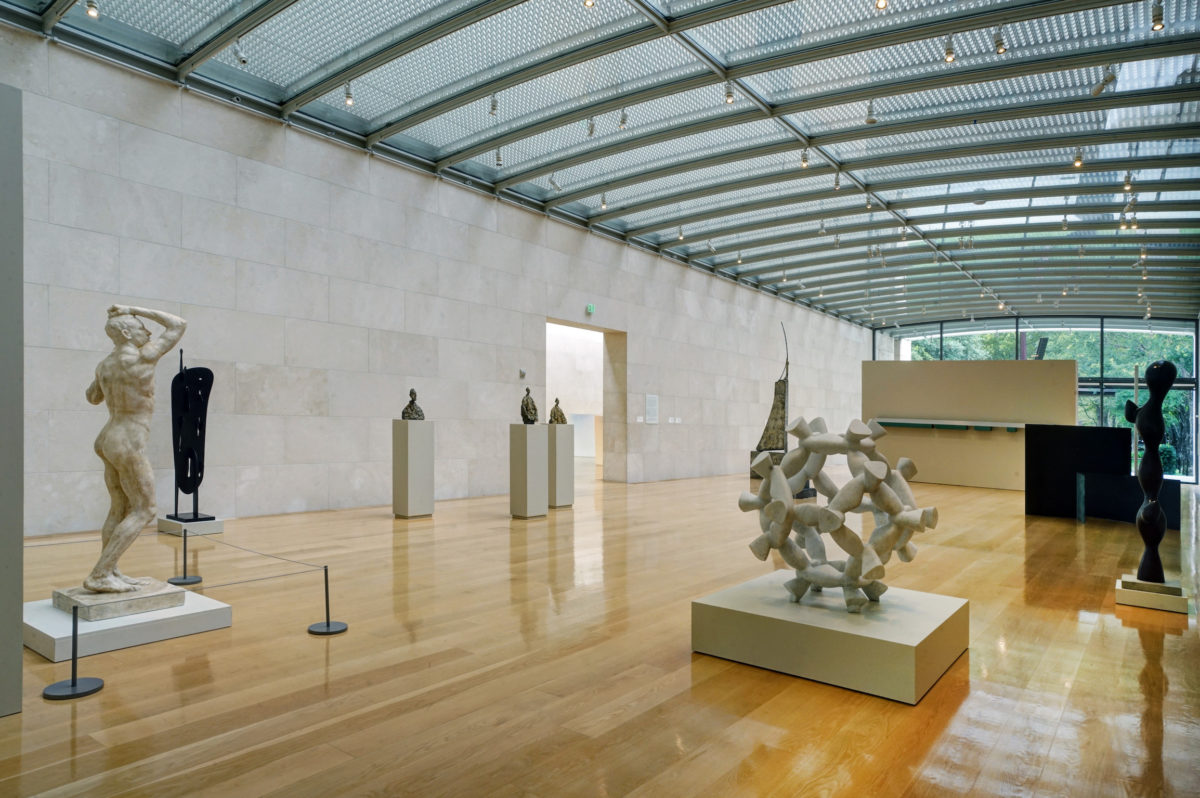 The Nasher Sculpture Center is home to contemporary artwork and 25 large-scale sculptures. Photo by Carolyn Brown. 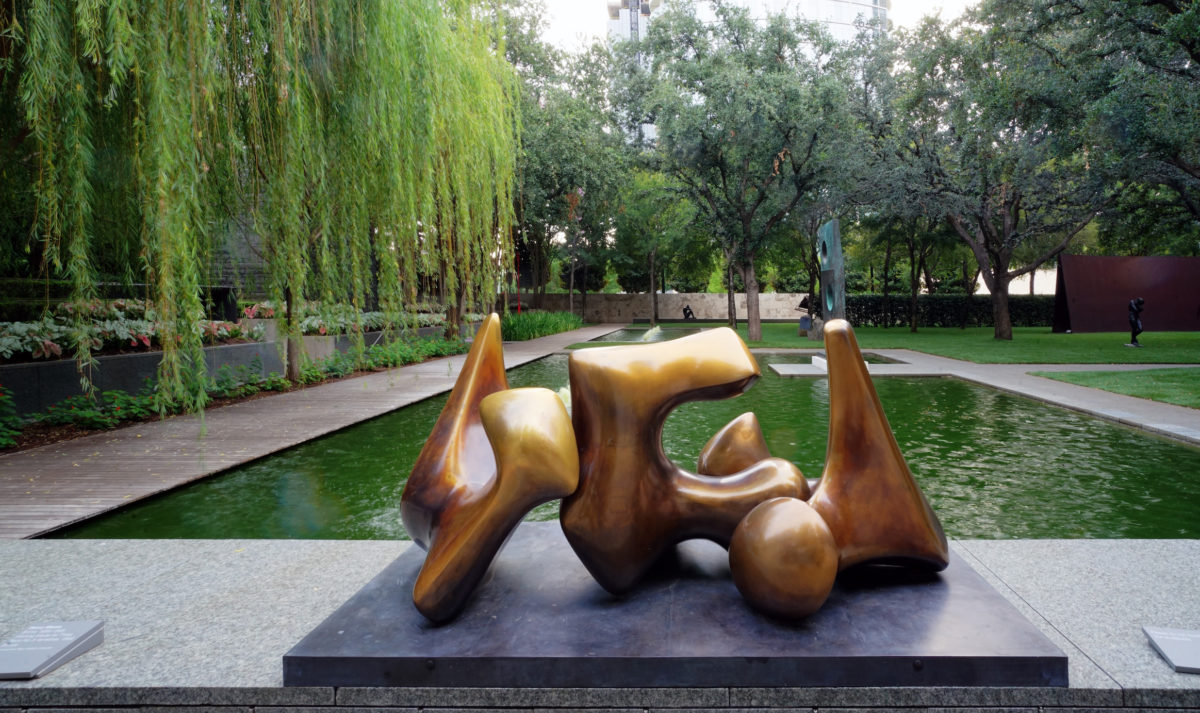 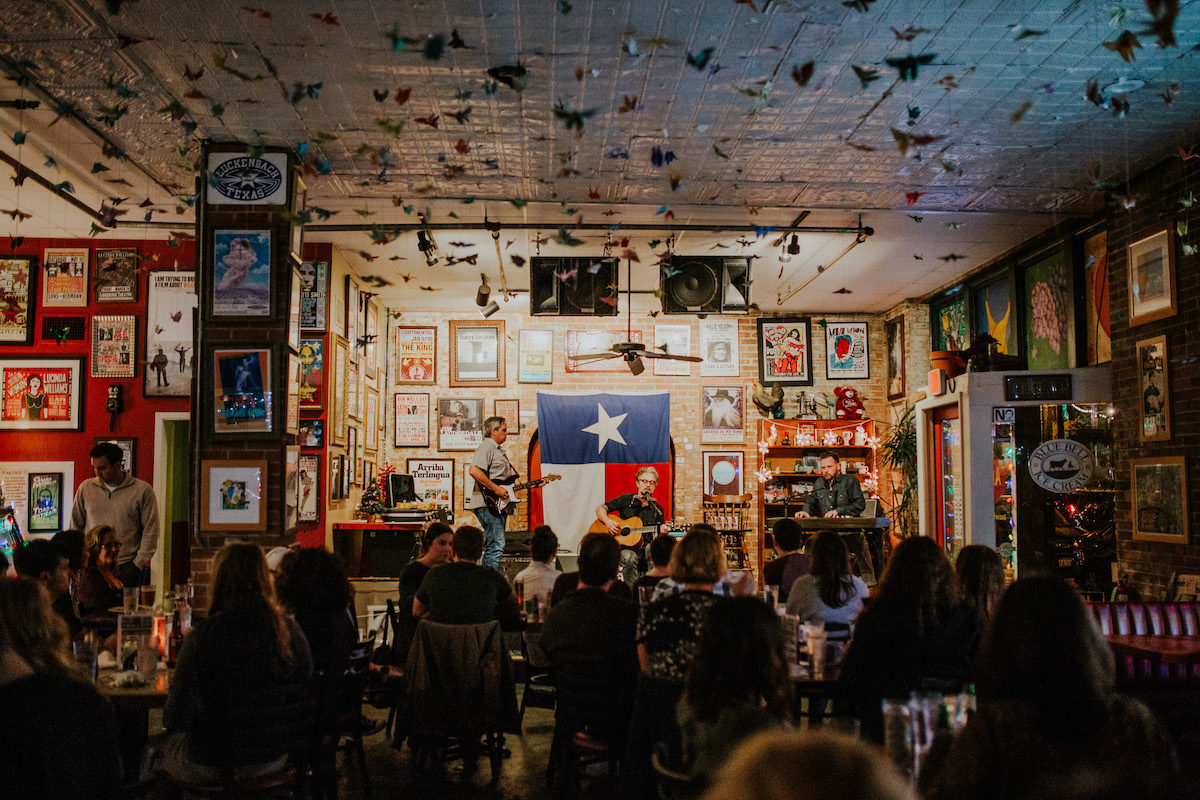 Dallas's Deep Ellum neighborhood is one of the best areas in the city to catch live music. Photo by Christina Childress.

It’s hard to choose! I’ve got three favorites: Sachet, Nonna, and Niwa. Sachet is a Mediterranean fine dining place with small plates to share and cocktail pairings with the dishes. I used to go to Nonna quite a bit when I had more free time—it’s a great Italian spot. Niwa is a Japanese BBQ with high quality proteins where you can grill your food at the table. It’s fun and interactive. These are all locally-owned and chef-driven as well.

I’m more of a bar guy. Parliament is a great cocktail spot. The bartenders are super nice. They have a little patio space. Jettison is also a great cocktail spot, more of a speakeasy vibe. And of course, Cosmo’s—it’s probably my favorite dive bar. It’s honestly a Dallas gem. It’s been around for 25 years. You walk in and it’s super retro and they play VHS videotapes. It’s fun and has a jukebox and the general manager is Vietnamese and makes awesome late-night Vietnamese food. You’ll run into a lot of local chefs here. They have pizza too, and it’s amazing. If you want to go see live music, go to the Deep Ellum neighborhood. 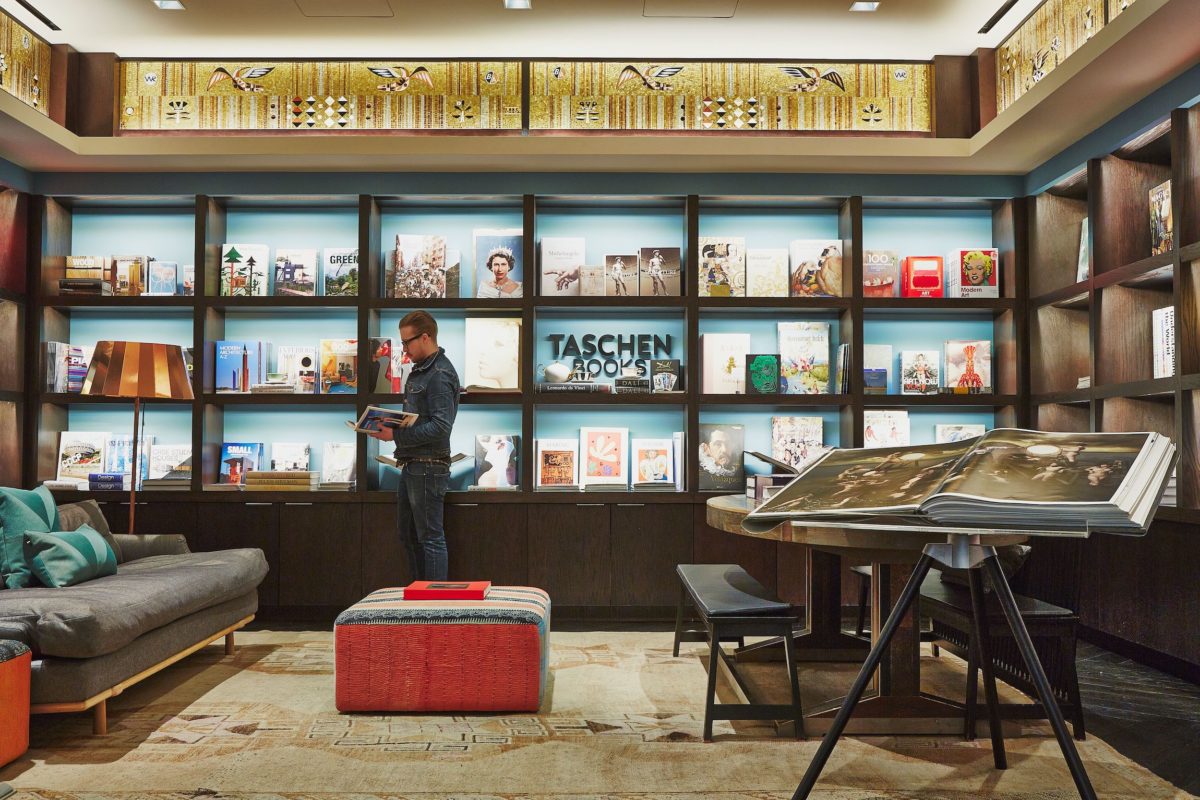 Inside the Joule Hotel in downtown Dallas. Photo by Steven Visneau. 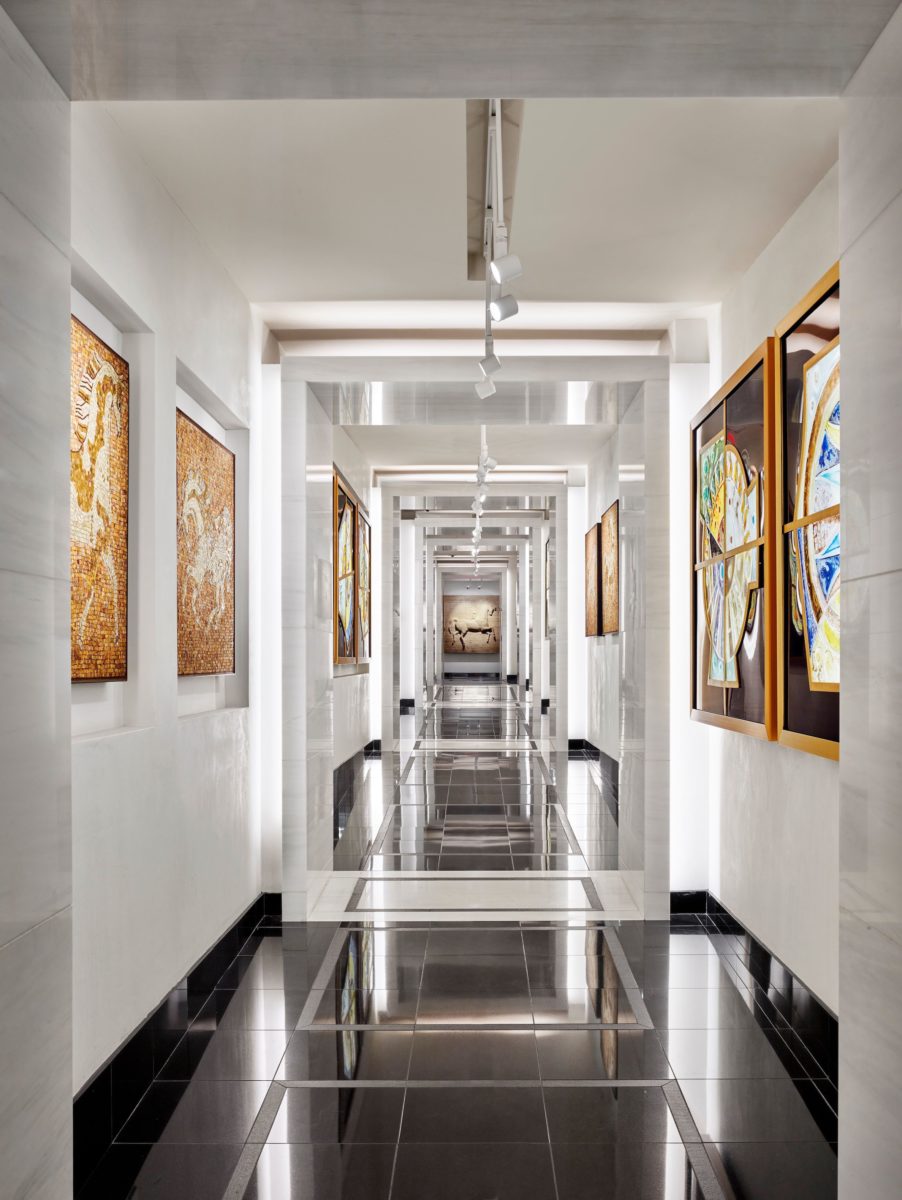 The Joule is known for its 1920s neo-Gothic architecture and extensive collection of artwork. Photo by Casey Dunn.

Where to Stay in Dallas:

The Joule Hotel is really nice—the Midnight Rambler bar they have is a great place to go to. For Airbnb’s, Bishop Arts District will be your best bet. Old East Dallas has its charm, but BAD is more walkable with a lot of local restaurants and shops.

Read Before You Go:

The Bon Appetit feature on Dallas! It’s truly the best way to learn about what’s happening in the food scene here. The Dallas Observer and D Magazine are also great to pick up to know where to go.

The fun part of being in Dallas is that it’s so big and has so many pockets and so many different neighborhoods to go to—it’s very diverse. It’s a young modern city that is growing, so we have a lot of different cultures from the East Coast, West Coast, and then, of course, Texas culture. Just go and try to get lost in it.