The Weird and Wonderful History of Atlas Obscura, As Told By Co-Founder Josh Foer

A 1613 map by Greek geographer Dionysiou Oikoumenes of what was, at the time, the entire known world.
Travel JournalHere Magazine

Atlas Obscura co-founder Josh Foer shares the story behind Atlas Obscura, a community-run travel guide to the world’s weirdest locations, and why he thinks community matters in travel—especially for those interested in the weird, wild, and wonderful.

In the early 2000s, I had an anonymous blog called “The Proceedings of the Athanasius Kircher Society” named after this uncelebrated 17th-century Jesuit holy man who was basically the coolest guy to ever live. I wanted to put on a real-world event that would celebrate all sorts of things that this 17th-century polymath would find cool if he were alive today.

I put out a call over the Internet for somebody to help me do this and I got one response: It was from Dylan. That was the beginning of a match made in heaven.

“As soon as you start pulling at the threads of one curiosity, it often takes you to unusual places.”

We founded Atlas Obscura back in 2009. We’re both naturally curious people, and as soon as you start pulling at the threads of one curiosity, it often takes you to unusual places. I think that’s why this idea so appealed to both me and Dylan: We realized that was no great resource for people like us out in the world trying to find the world’s wondrous and curious hidden spots. So we sort of started Atlas Obscura as an art project, and it just grew from there. 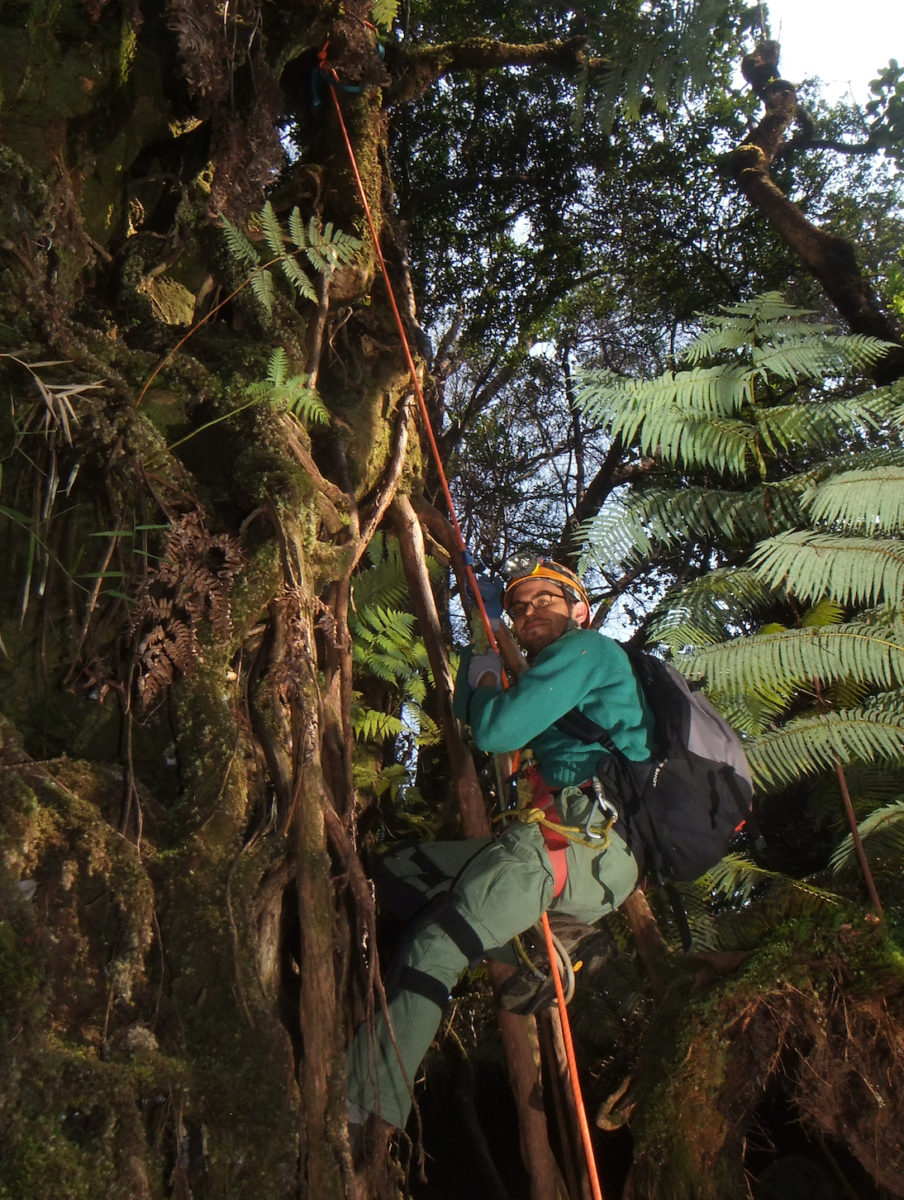 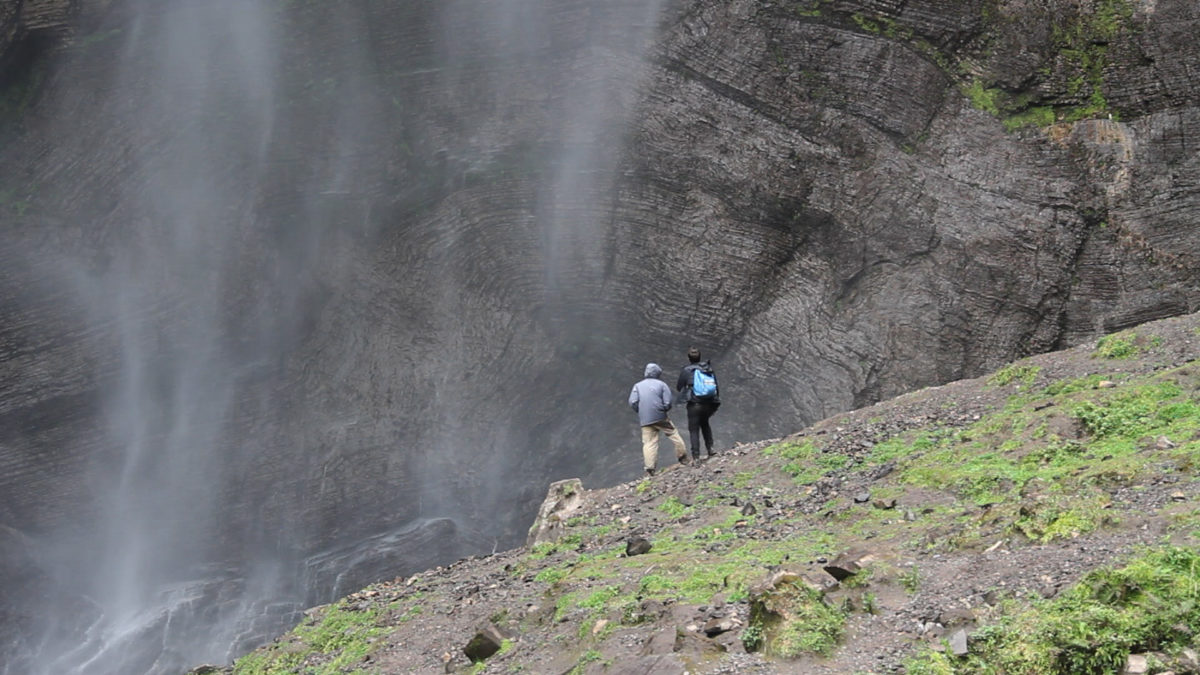 Foer and Atlas Obscura co-founder Dylan Thuras at the base of Gocta Falls in Peru.
The world's third-tallest waterfalls was unknown to the outside world until 2005.

I’d always thought of myself as a solo traveler—and then Atlas Obscura started organizing these group trips. The first group trip I ever went on was an Atlas Obscura group trip, and now I’ve been converted to the joys and benefits of group travel.

“I set myself on a mission to have an adventure every day.”

It’s fun to meet new people who are like locals, but it’s also fun to experience a new place with people with whom you share some common vocabulary, a common set of sensibilities. You build up a kind of camaraderie over the course of a trip, and it’s an intense experience that’s better when shared.

My most transformative experience was in college. I got a small grant that allowed me to get a beat-up old minivan and spend two months driving all over the country. I set myself on a mission to have an adventure every day and write about it. It was that experience that turned me on to journalism and to travel. I discovered that I really love chasing down unusual stories and sort of throwing myself into them, and in a way, Atlas Obscura is trying to make that possible for as many people as possible.

The whole premise of Atlas Obscura is that it takes somebody in the know to tell you about these sorts of places and foods and experiences that we’re after—and so it has to be a community-created project. It’s about a shared sensibility and connecting with other people all over the world to share the possibilities. 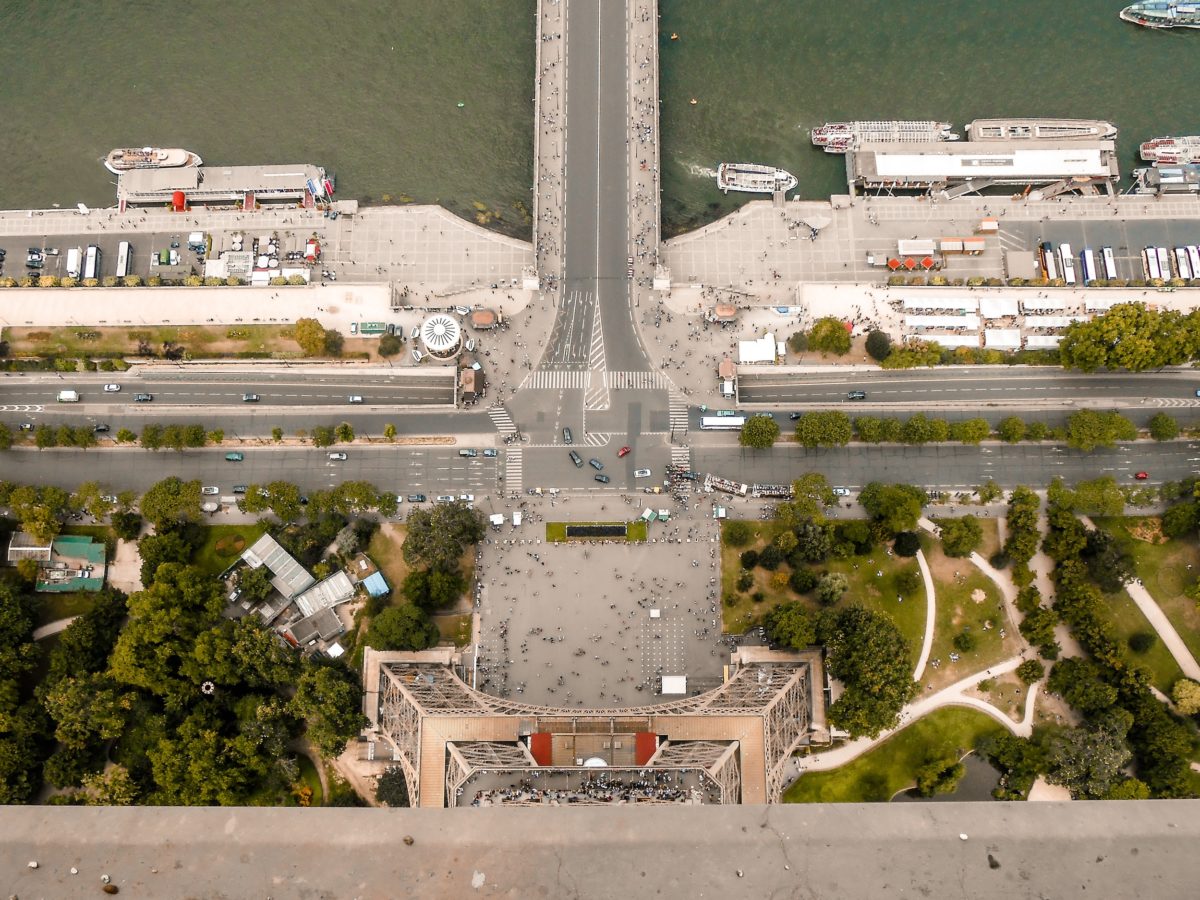 The view from the top of the Eiffel Tower in Paris, Foer's favorite city.

Top travel tip: Get a haircut

One of my favorite things to do when I travel is to go get a haircut. It’s a great way to get situated. For one thing, it’s a universal experience, so only locals really do it. It’s a great place to sit for 40 minutes, talk to somebody, and also get your head massaged! And as universal as haircutting is, it’s also actually different in most places. El Salvador is where I learned this trick; I got an awesome Salvadorian haircut. It was very, very closely cropped along the sides.

The best city in the world for secret adventures

I mean, is it trite or cliche to say Paris? The truth is there’s no city I’d rather be in. I’ve been there probably a half dozen times and have not even scratched the surface of Atlas Obscura’s full complement of Paris. I think it’s the best city in the world—it’s just so chock full of wondrously curious things to experience. And a good guide is really so valuable to finding things that you might otherwise walk right past.

Leave your camera at home 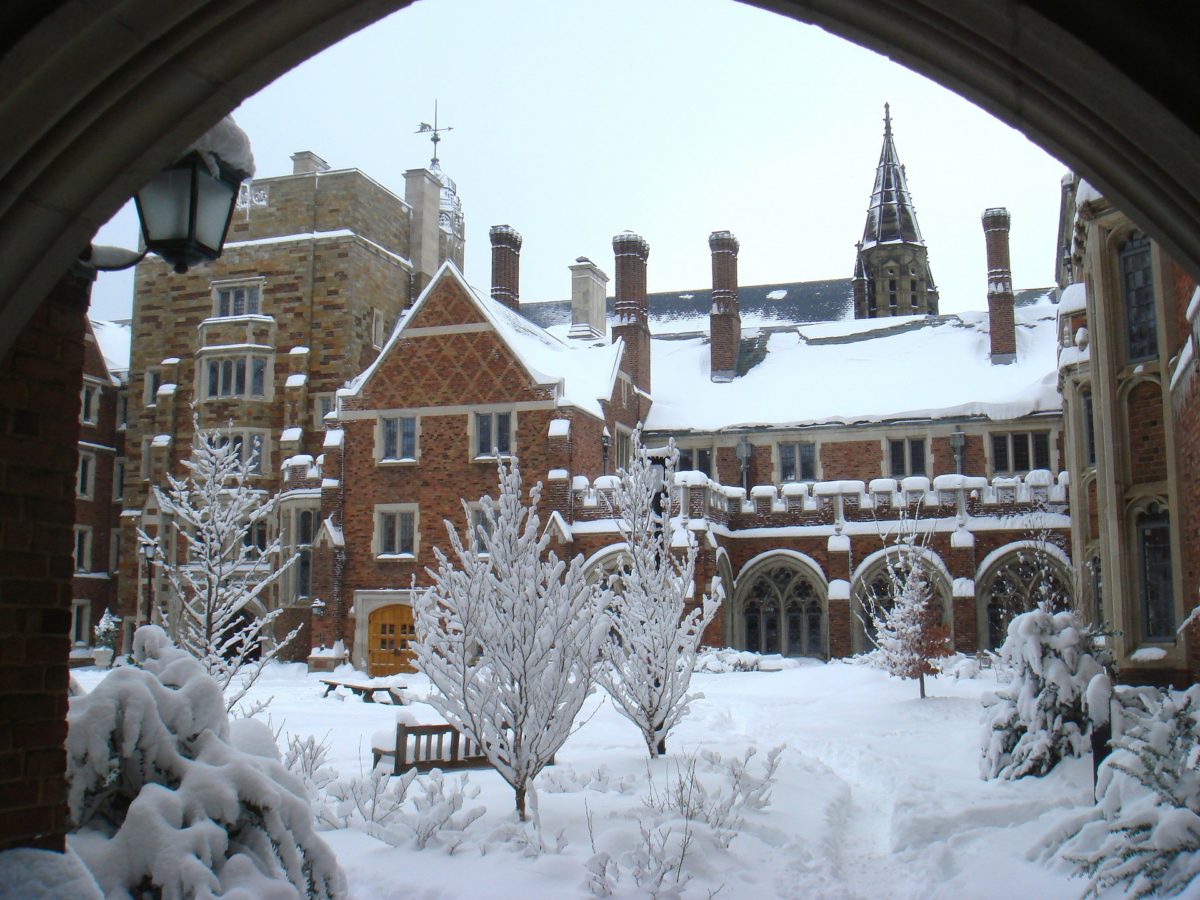 Yale University in the snow. 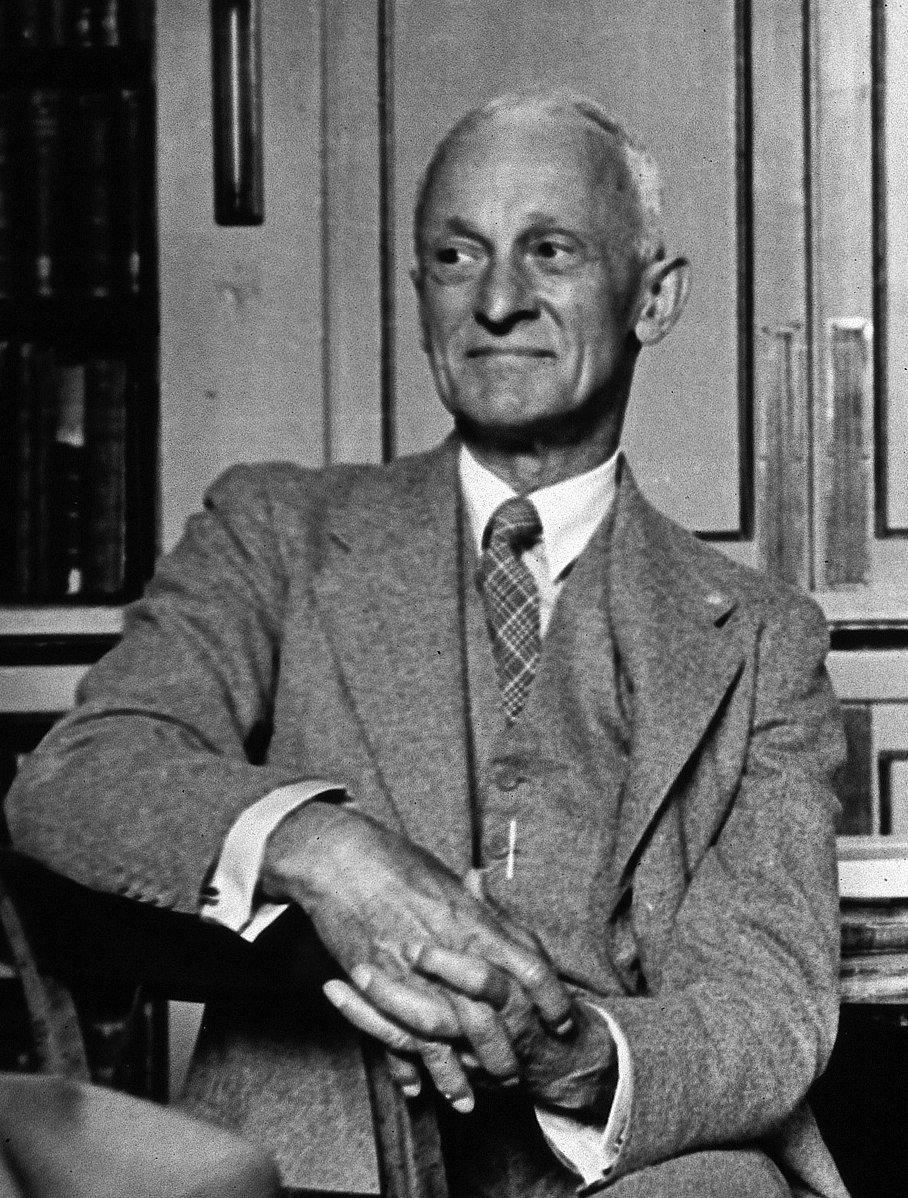 The weirdest place he’s ever been

I had a chance to visit the Harvey Cushing Brain Collection. He was one of the great pioneers of early brain science, and he collected the abnormal brains of some of his most interesting patients after they died and kept them in jars. Those jars ended up getting stored in a basement under the Yale University medical school for many years. It became a rite of passage for Yale medical students to sneak down into the basement and go check out the Cushing brains. And I got to do that when they were still in this basement—somebody snuck me in.

There were rooms filled with this terrible odor of formaldehyde and these haunting brains all over the place! The amazing thing is people have realized this is not only an incredible set of artifacts from the history of medicine—it’s also a stunningly beautiful experience. Yale, to its credit, took those brains and made a proper little museum for them that is now open to the public. But I think in its original environment, it was probably the strangest place I’ve ever seen.