At Here Magazine, we’re big proponents of JOMO—the joy of missing out—and we find that when we embrace disconnection from our daily lives through travel, the five senses really come alive. This is what our managing editor, Annie Werner, was able to see, taste, smell, hear, and touch on a recent trip to Zambia’s South Luangwa National Park.

At the Mfuwe Airport, I cried like a toddler being left behind at preschool—not for fear of the unknown, but for the bittersweet departure from it.

I shared a lingering hug with our safari guide, surrounded by souvenir tchotchkes of the magnificent wildlife we’d witnessed that week in South Luangwa National Park—affectionately referred to as “the bush.”

We were headed back to urban life—first Lusaka, then Johannesburg, then my home in New York City—after a mere four days in the bush at the Mfuwe Lodge and The Buschcamp Company’s remote chalets scattered around the park.

Technically, it was only a little over 48 hours without wifi or access to cellular data, but the natural immersion clearly had an effect on me. It was as if my mind had settled into an environment for which it was more naturally suited—the push and pull of nature. The starry nights, the dirt on my skin, the sharp smells of the wild. One moment you could hear the calming babble of the river, the next a raucous mating calls of a chimpanzee. But now I was stealing my mind back to the mundane barbarity of modern life. I almost couldn’t stand the thought! 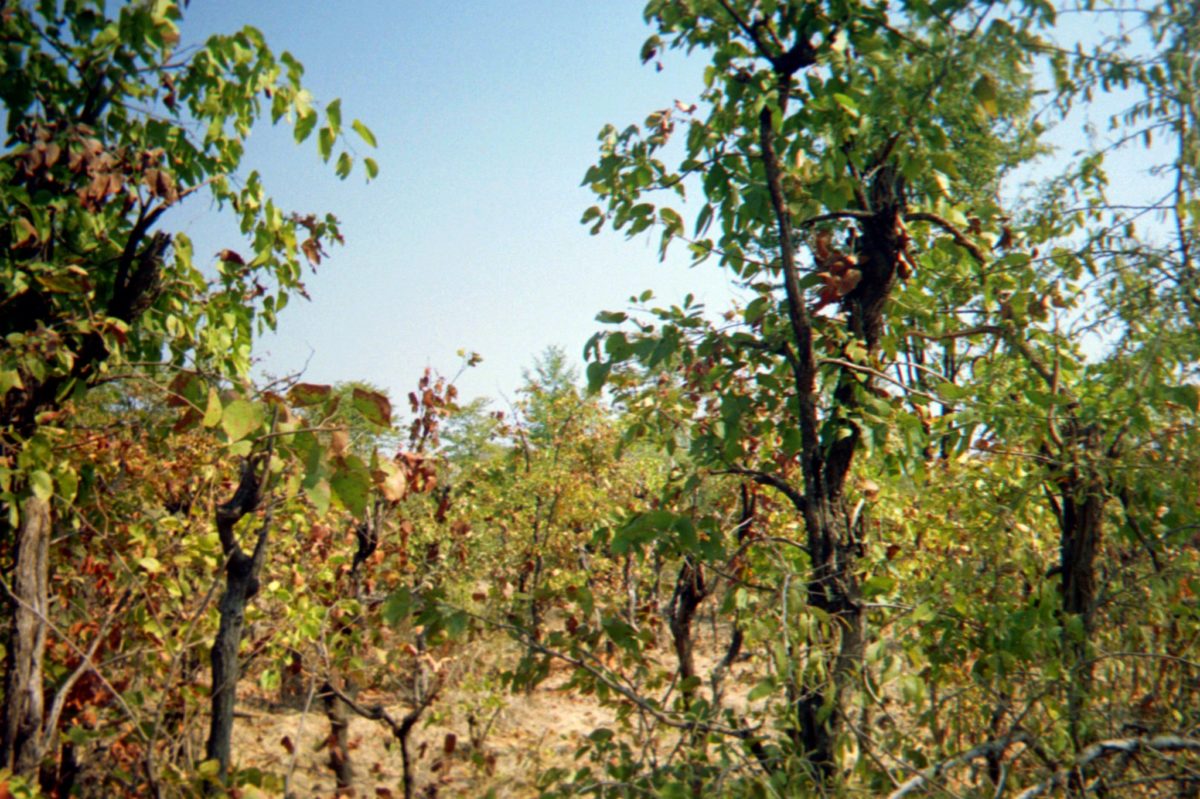 In the bush on a walking safari.

Of course, I had my iPhone with me the entire time, and I took over 500 photos and videos on it that I may or may not ever look at again. Photos of every sunset, of feasting lions and leopards, of the endless shrubbery and mountain ranges.

But I also brought along two disposable cameras. I had 54 shots for four days and I directed myself to snap only the most memorable encounters. This practice forced me to take stock of each moment—was it Funsaver worthy? Could I capture it effectively given the camera’s technical constraints? And if not, could I simply just sit and enjoy what I was witnessing?

“Was it Funsaver worthy?”

The safari vehicle can become a kind of mobile theater. Other cars we passed featured guests hanging out the sides with their camera lenses protruding even further.

The real moments of connection took place on our walking safaris, which are preeminent to South Luangwa and The Bushcamp Company, the original purveyors of the practice that is not widely available in the safari industry. Though we were less likely to encounter large beasts, we were able to be up-close-and-personal with the land—stepping along side leopard and elephant tracks, picking jasmine from the bush. I couldn’t recall the last time I’d stopped to pick a flower.

It took two weeks to have the disposable camera film developed when I got back to the States, long after I’d wiped my tears in the Mfuwe Airport. But I was grateful for the staggered timing, a forced chance to revisit the incredible experience that is so far from my day-to-day reality. 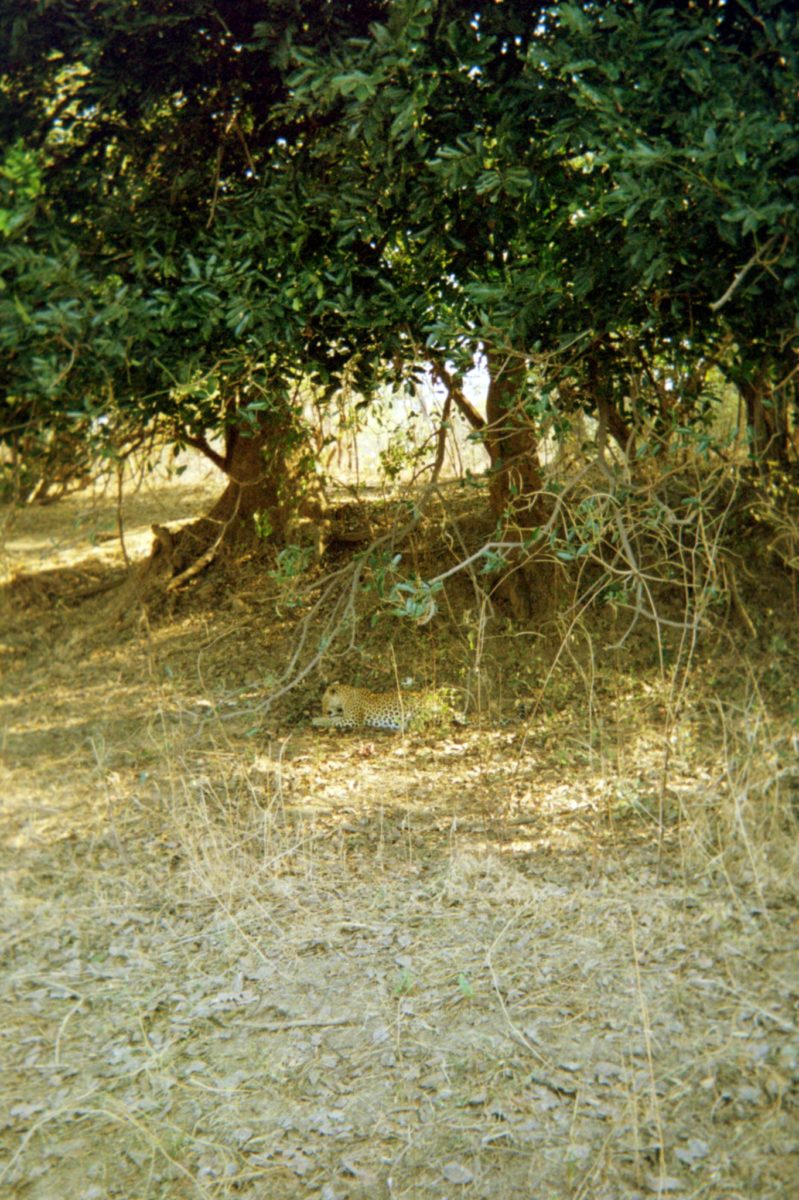 A leopard baths peacefully under a tree mere feet away. 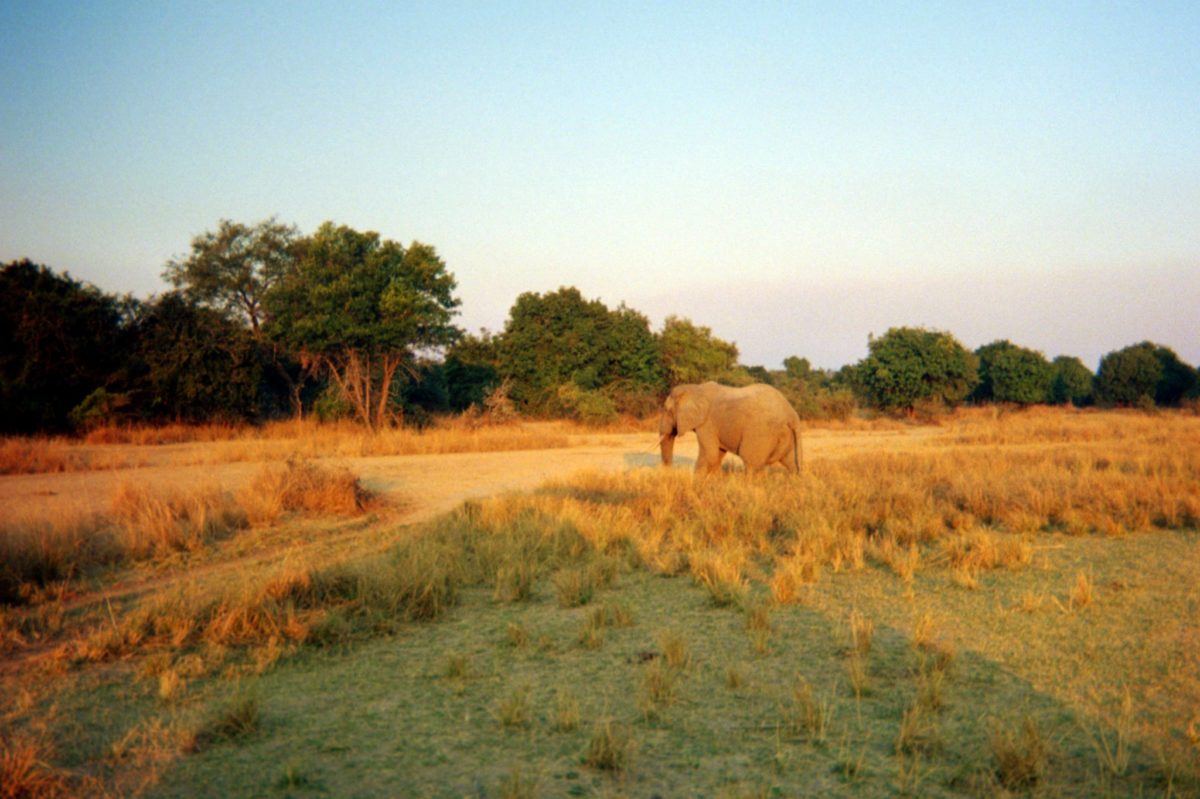 An elephant at golden hour. 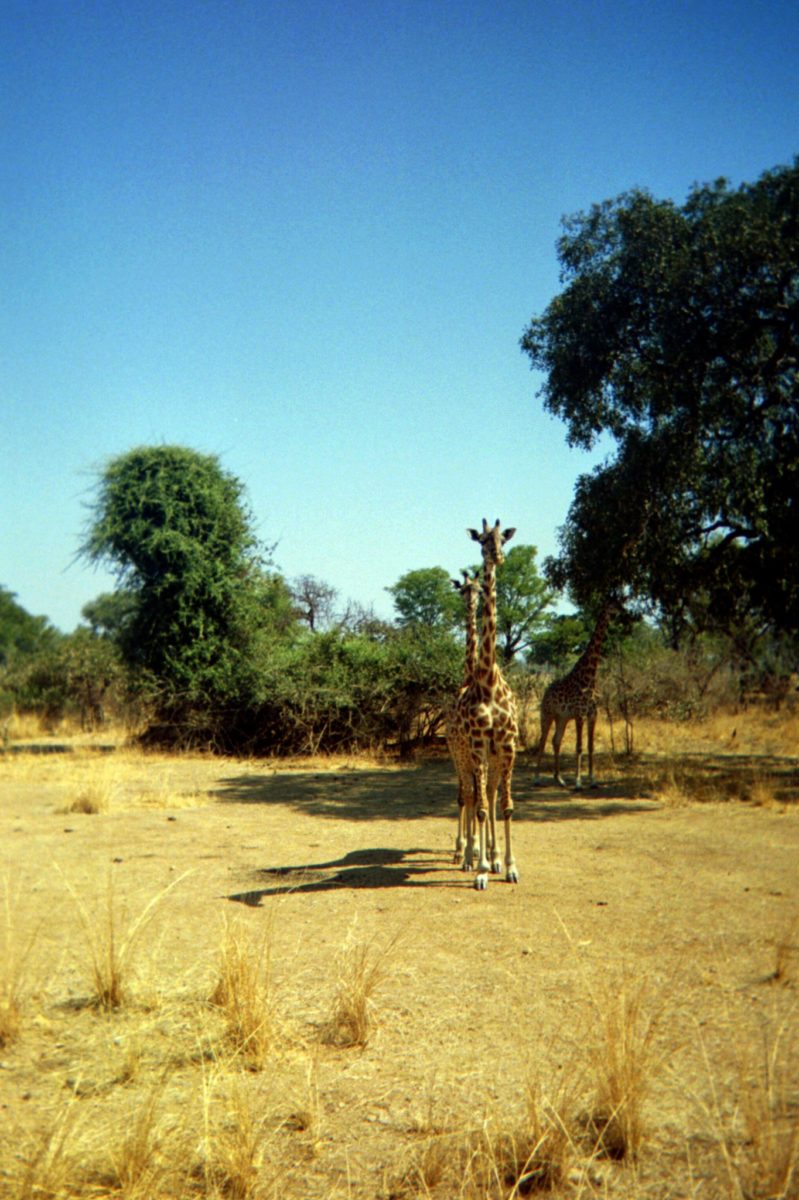 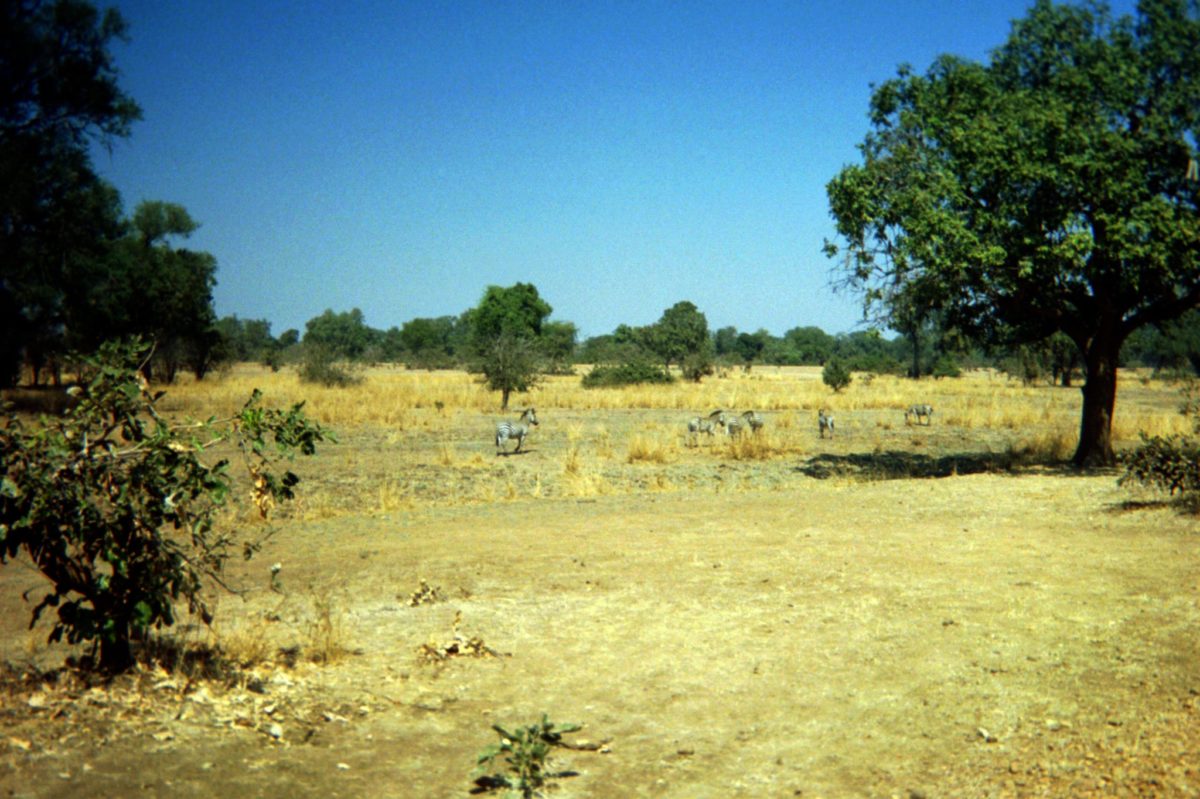 A dazzle of zebras grazing.

Leopards? Check. Elephants? Check. Lions and zebra? Check, check. The only major safari animal missing in South Luangwa is the rhino, but unlike other parks, where major animal sightings can cause a stampede of safari vehicles to one location, out in the bush you and your crew may be the only people around. We tracked a few leopards over the course of four days. They, too, love to recharge. 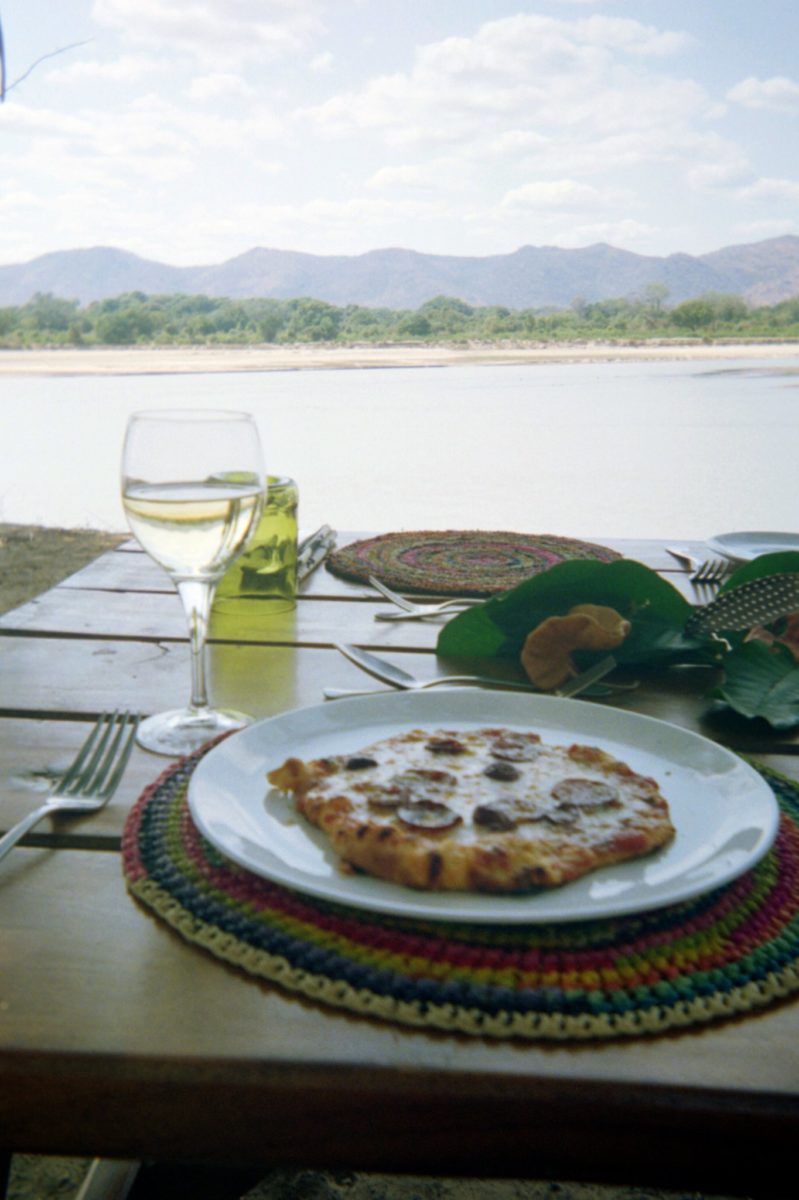 A mobile pizza oven was carted to this bluff overlooking the river—best enjoyed with a glass of South African Riesling. 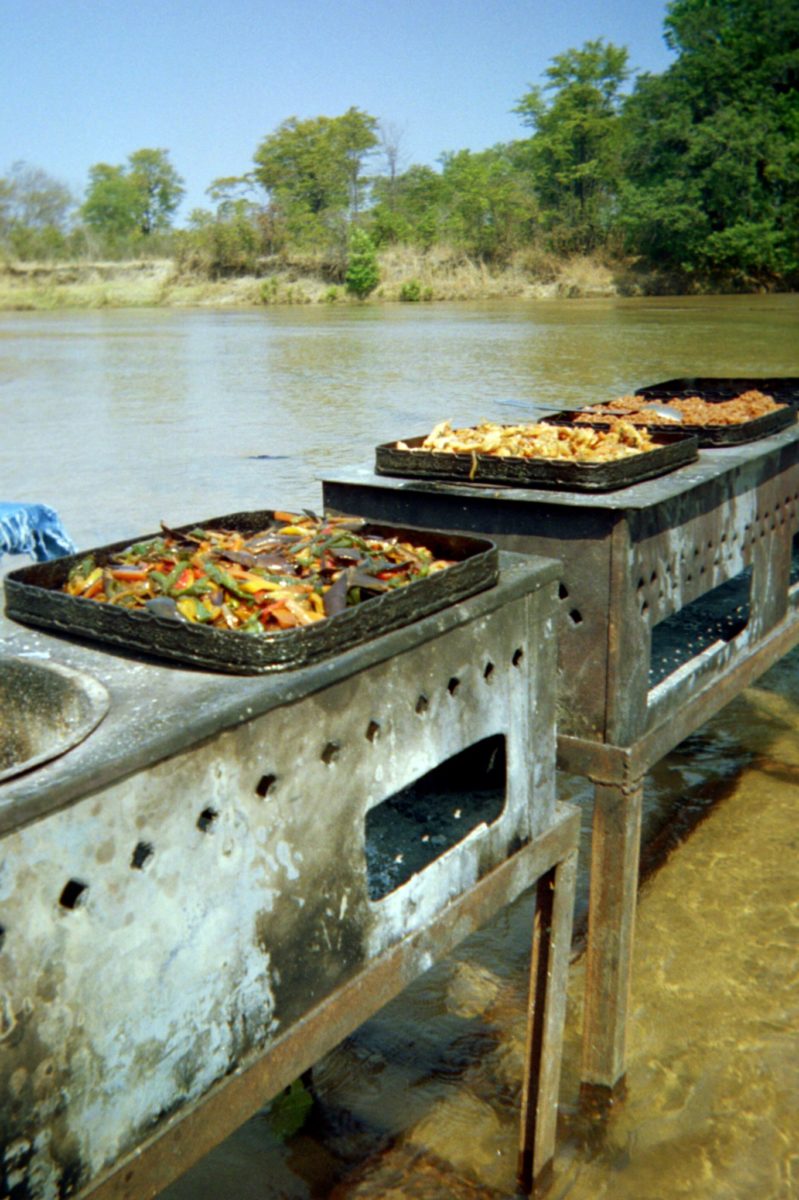 Lunch on the river. 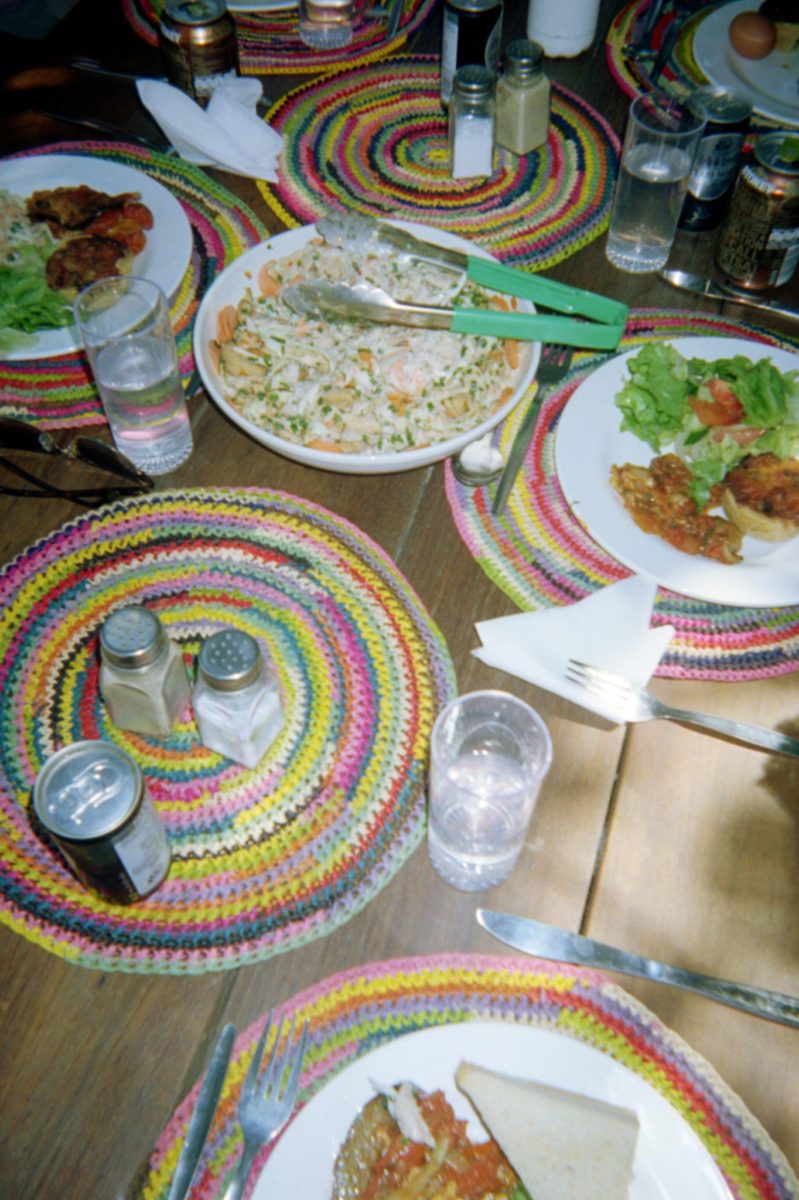 A picnic in the bush.

Our lunches were always the most interactive: build-your-own personal pizza, a crêpe buffet on the river, even a simple picnic lunch served family style. While I craved a chance to experience more local recipes, the act of gathering around food with your fellow safari adventurers and guides, recounting the day’s sightings thus far, made each meal memorable. 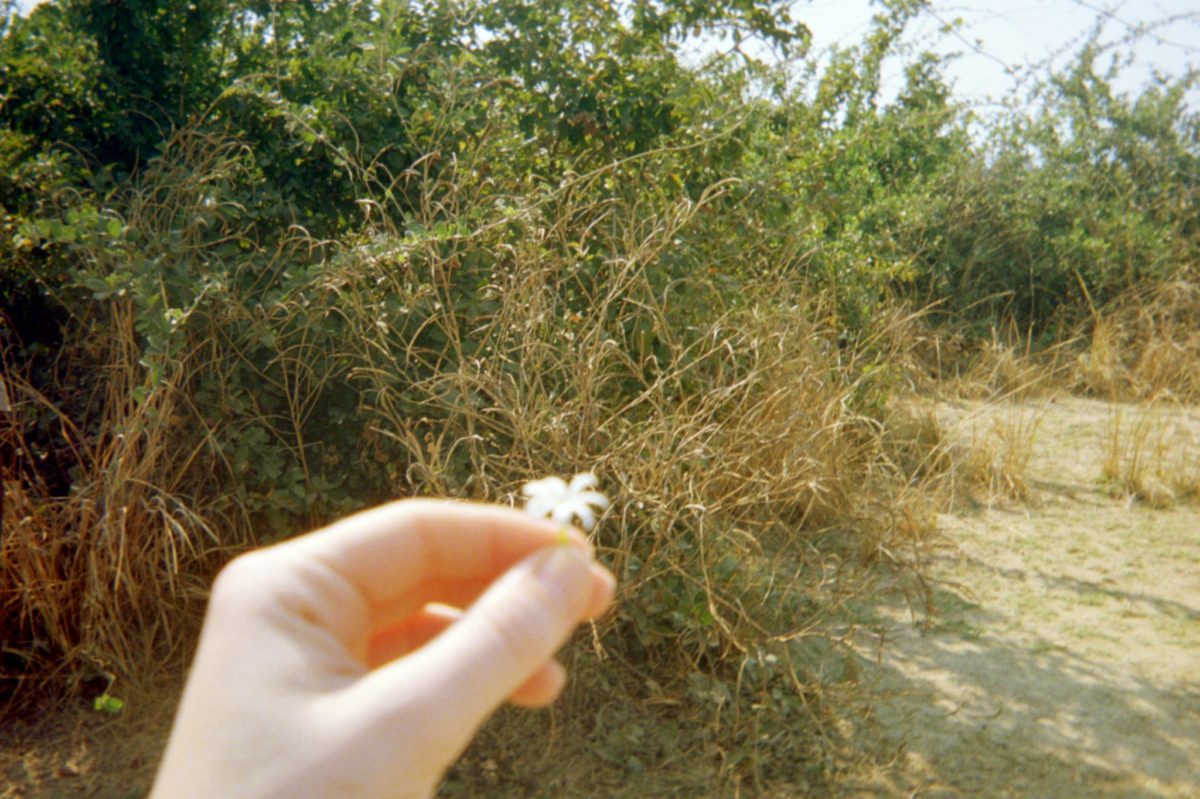 A jasmine flower on our walking safari.

The night before our walking safari we had been on a night drive, tracking a leopard for hours. We watched it tear apart an impala perched on a tree limb, the poor animal’s bones crunching under the strong teeth of the leopard. We held our shirts up to our noses to shield from the ripe smell. Fortunately on the way back, driving through the brush with only our car’s headlights to see, we were rewarded with the bright smell of jasmine blooming just before the start of rain. It hadn’t occurred to me that there would be wildflowers in the bush—especially not in the dryer month of July—and our guide made sure to stop and let us pick some on our walk. 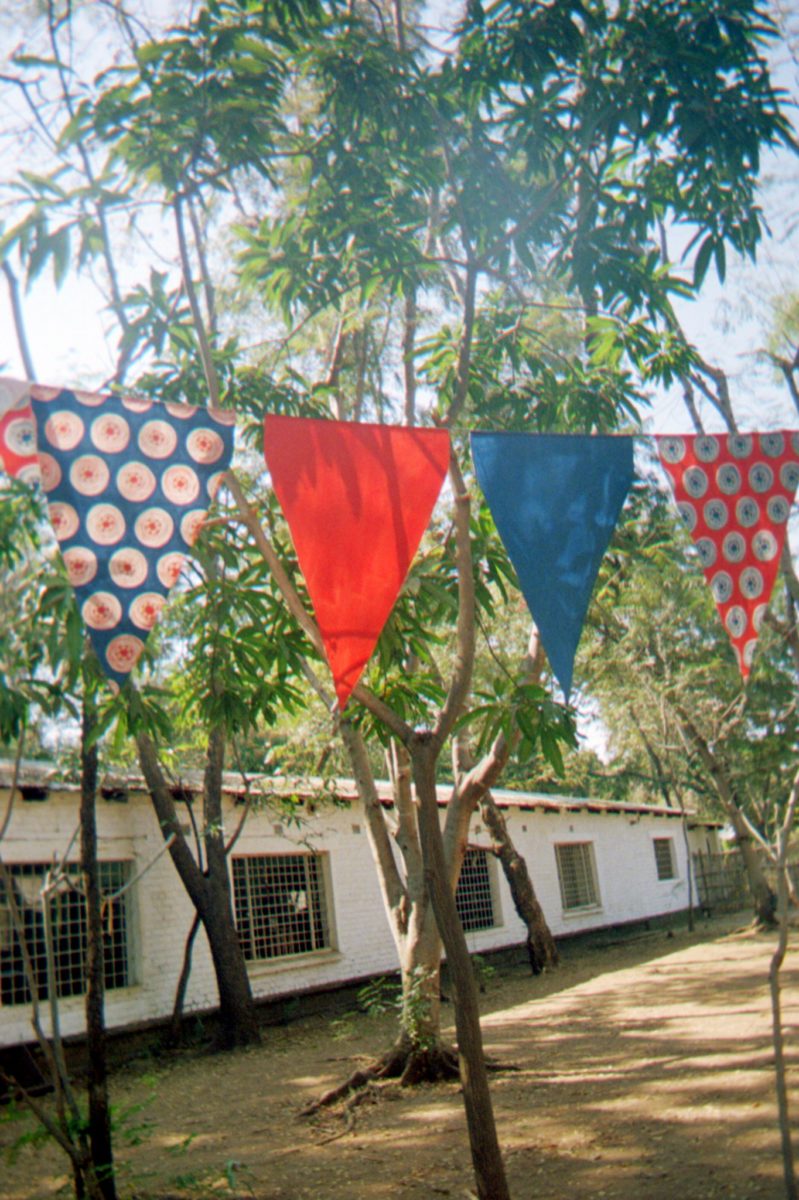 At Tribal Textiles in Mfuwe, local craftworkers make home goods such as throw pillows, bags, and more on site. 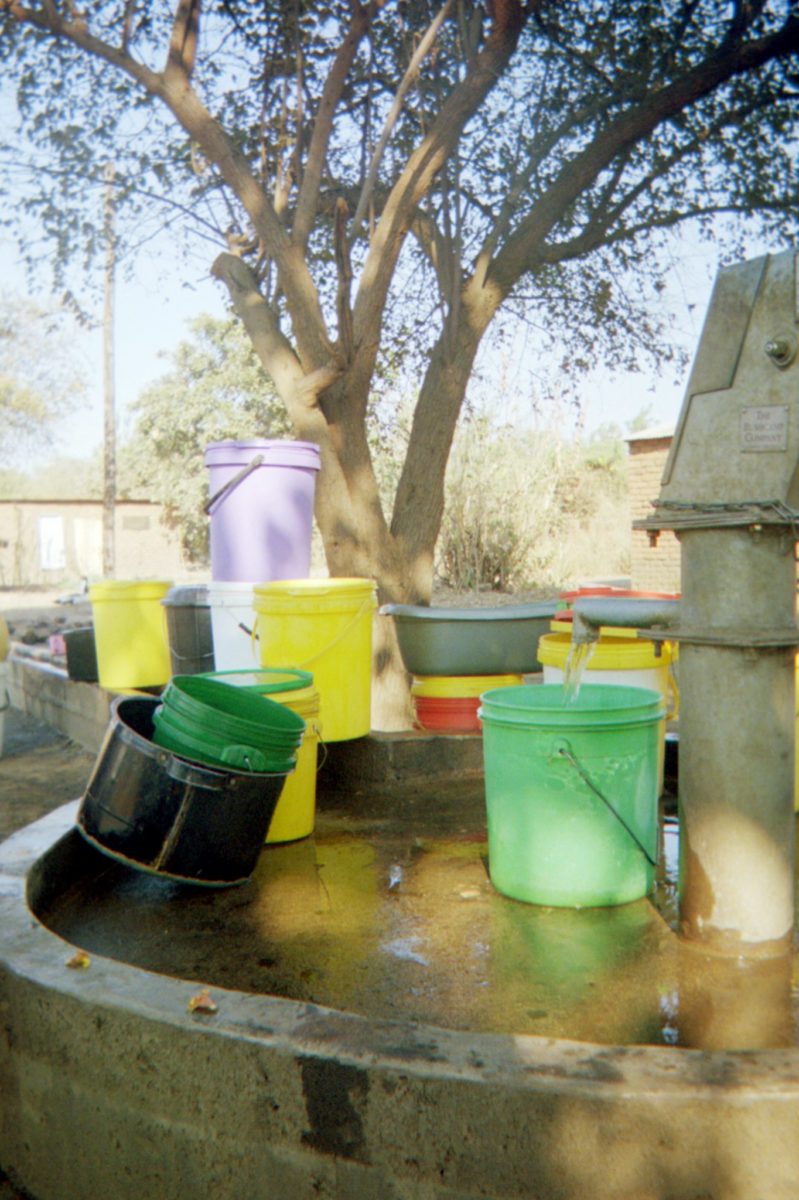 The Bushcamp Company's Commit to Cleam Water Project has provided 40 wells to the surrounding community.

Before we embarked to the more remote areas of the park, we visited the nearby village of Mfuwe, which is home to the Tribal Textiles craft goods store as well as The Bushcamp Company’s Commit to Clean Water Project wells, which serves thousands of locals. It takes about 18 pumps from the well to fill a water bucket. The water pressure is heavy with each pump, but gets easier the more momentum you have. 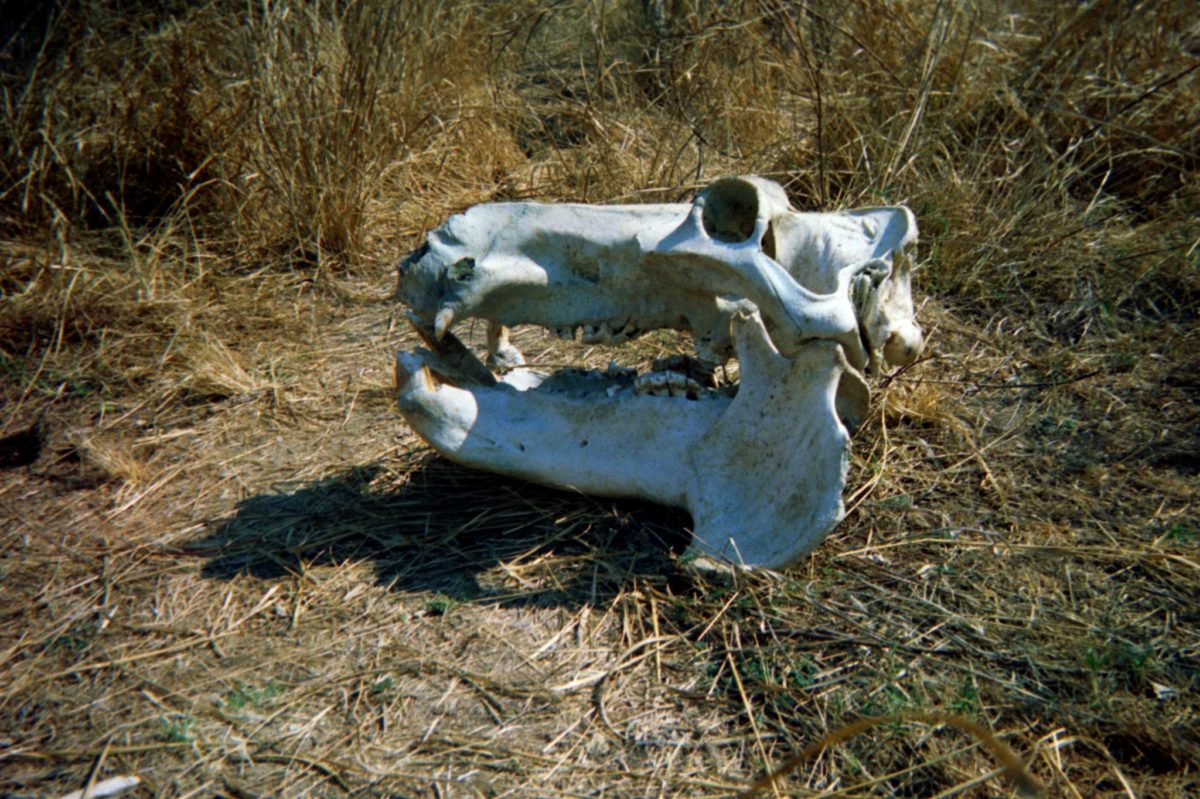 I sleep through ambulance sirens in New York, but the sounds of nature kept me alert through the night at first. Sound carries easily through thatched-roof chalets and mosquito nets. But just as I got used to the bush sounds—hippos bantering, lions grunting, unknown creatures rustling the bushes—it was time to head back to the familiar, metallic sounds of my urban environment.