6 Unexpected Pride Parades Worth Traveling For

This year marks 50 since the Stonewall Uprising, the fateful night a handful of LGBTQ+ New Yorkers took to the streets in radical protest against oppressive police raids of their safe spaces, and in doing so sparked a global movement for freedom. The Uprising would also inspire the first ever Pride marches, held in several U.S. cities a year later in 1970.

In 2019, that tradition lives on, with annual Pride parades spreading the love the world over from San Diego to Stockholm. As much a political movement as probably the most fun you’ll ever had, Pride is one party you won’t want to miss, and these are the cities that do it best.

Where better to start than one of Europe’s party capitals? Situated in central Spain, Madrid has long served as something of a Mecca for queer revelers, serving up a combination of hot weather, fiesta culture and clubs that stay open until… well, whenever everyone leaves, that continues to draw droves of Spanish locals and tourists alike. Its Pride celebrations, known locally as Madrid Orgullo, center on the neighborhood of Chueca, the city’s LGBTQ+ heartland. Highlights include sports games, open-air concerts and dance parties. Oh, and it all kicks off with the notorious high-heel race–a time-honored annual event that sees all genders don their most vertiginous heels to sprint down a narrow street in search of glory. Fuego.

One of Latin America’s biggest LGBTQ+-friendly cities, every year since 1978 CDMX has invited partygoers to celebrate Pride in Zona Rosa, its bohemian gayborhood of bars, clubs, sex shops and, in a surprising yet delicious twist, Mexico’s best Korean restaurants. Once you’ve followed the parade along the Paseo de la Reforma, post up in one of the many bars on Calle Amberes for a well-earned Paloma. Our top tip? Arrive a few days before the festivities begin. CDMX is located around 2,500m above sea level, which means some visitors could experience altitude sickness (for the unaware, that’s not a very Pride-friendly mix of headaches, tiredness, and potential nausea) on or soon after arrival. So get there early–this is one Pride you won’t want to pass on!

In and around Hilton Beach, Tel Aviv, Israel, for Tel Aviv Pride. Photo by Ted Eytan.

An LGBTQ+-friendly beacon in the Middle East, Tel Aviv is something of a liberal oasis with an inclusive culture that contrasts starkly with that of many of its Arab neighbors. Perhaps that’s also why Pride here is especially jubilant. The party starts early, so after a breakfast of shakshouka and mimosas, make your way to the parade which tours through the city streets towards Charles Clore beach where, in the surrounds of golden sand and aquamarine blue water, the official Pride beach party pulses with live shows and pop-up bars. Don’t forget your sunscreen.

In cities where LGBTQ+ rights have long been enshrined in law, Pride celebrations are often carefree parties first and foremost. But in places like Mumbai—where homosexuality was decriminalized just last year—Pride is also a platform for political action. Mumbai Pride, or Queer Azaadi (meaning “freedom” in Hindi and Urdu), welcomes thousands of attendees to India’s most populous city each year not only to party, but also to raise awareness around LGBTQ+ issues and inspire change through a series of talks, games, exhibitions, and flashmobs. Want to reconnect with what Pride is really about? This is where to do it. 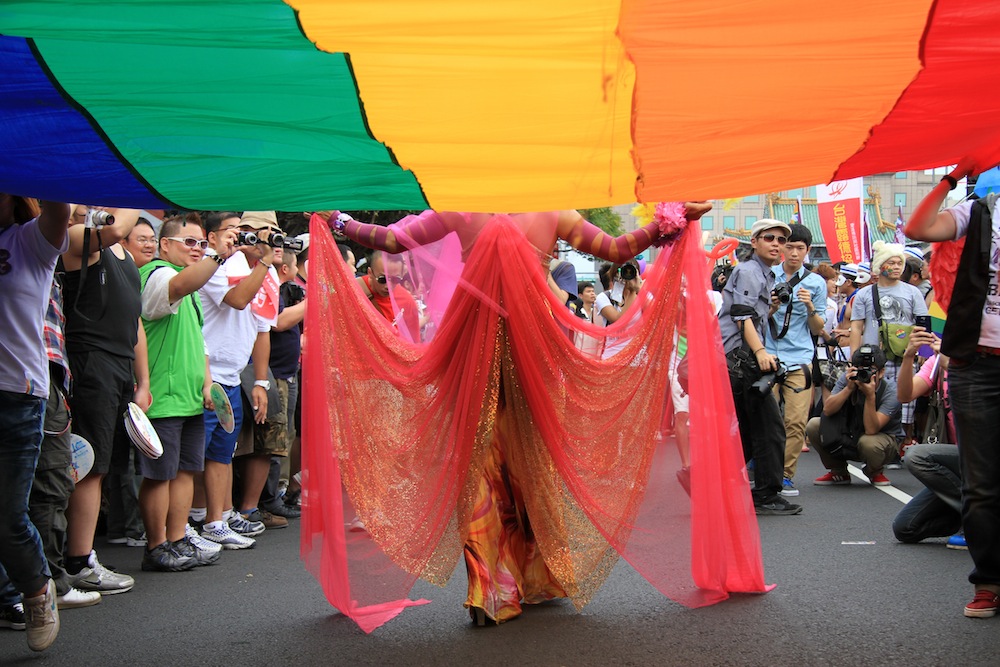 One of the most recent additions to the global circuit, Taipei Pride was first held in 2003. Today, it’s East Asia’s largest celebration, attracting hundreds of thousands of attendees each year, from tourists to local drag talent to organizations paving the way for a more inclusive Taiwan, which, by the way, is working: same-sex marriage was legalized in May this year. If the crowds around the Gay Pride Village on Ketagalan Boulevard get too much, branch off the beaten track to sample some of Taipei’s best street food including fried chicken and gua bao, the Taiwanese bun that’s inspired copycats the world over.

Not just a parade, Sydney’s Mardi Gras is a full-on festival down under. Taking place in downtown Darlinghurst, this legendary party is the biggest LGBTQ+ celebration in the southern hemisphere, not to mention one of Australia’s biggest tourist draws—some 20,000 interstate and international tourists attend each year. As well as a parade with some of the world’s best floats, Mardi Gras offers a packed cultural program of pool parties, family fun days, and after-hours events at the Art Gallery of New South Wales. Don’t forget to save the date: Sydney Mardi Gras looks like a favorite to win the honor of hosting WorldPride 2023.