How Chicago-Based Band Whitney Packs and Parties on Tour

It’s a rainy day in New York City, and I’m sitting at the Ace Hotel with Max Kakacek and Julien Ehrlich of Chicago-based band Whitney. In the background of our interview, you can hear the distinct snap, crackle, and pop of two PBR cans opening, and despite it being in the middle of a workday, I’m tempted to ask them to grab one out of the fridge for me, too.

The two remind me so much of my own friends that I have to remember that I’m here to interview and not crack open a cold one with them. They’re laid-back, unpretentious, honest, and every other word for “chill” that exists in the English lexicon, and it’s a good thing, too. After nearly a decade spent together in bands, on tour, and making music, the two friends could have easily driven each other crazy years ago. Instead, they’ve found that few things can come between them—leaving plenty of room for songwriting and shenanigans.

Ahead of the release of their sophomore album Forever Turned Around, set to drop on August 30, I caught up with the pair to find out what they take with them on the road—and left with stories from their life on tour, including band members’ odd quirks, their favorite bars around the world, and their methods for making friends wherever they go. 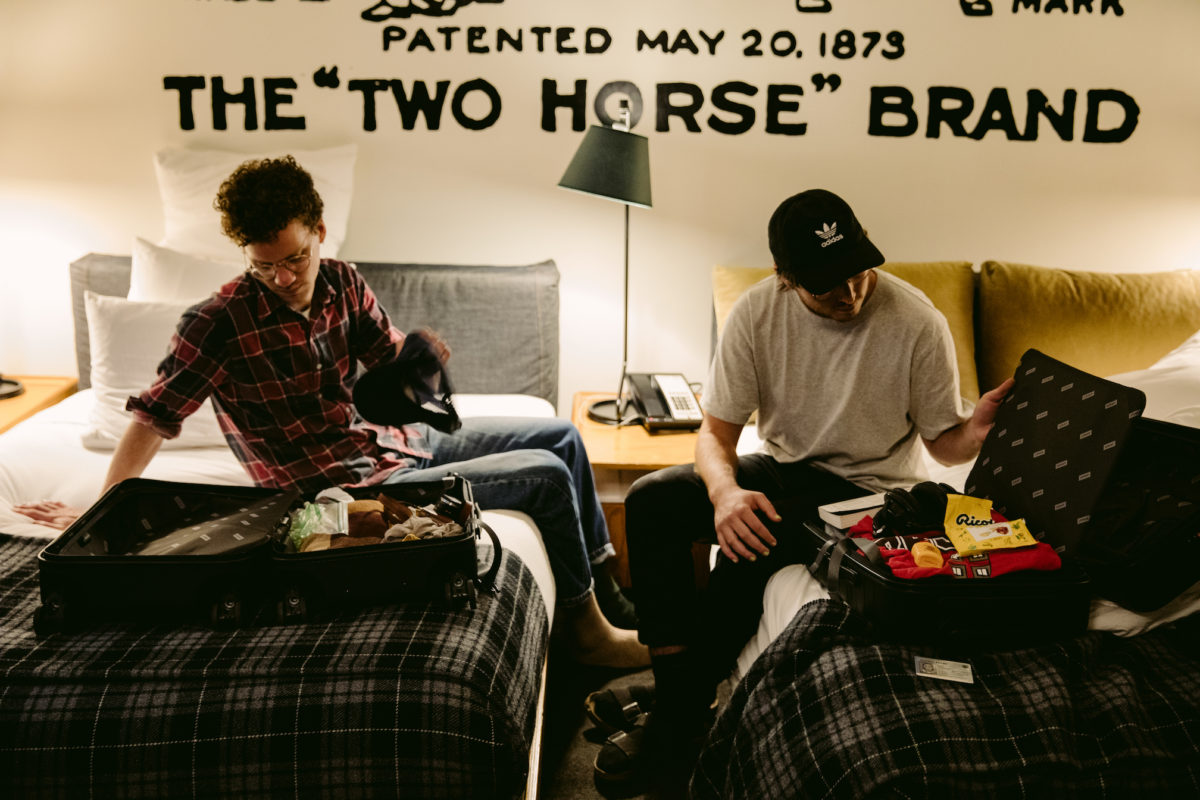 Kakacek and Ehrlich ahead of the August 30th release of their sophomore album, Forever Turned Around. 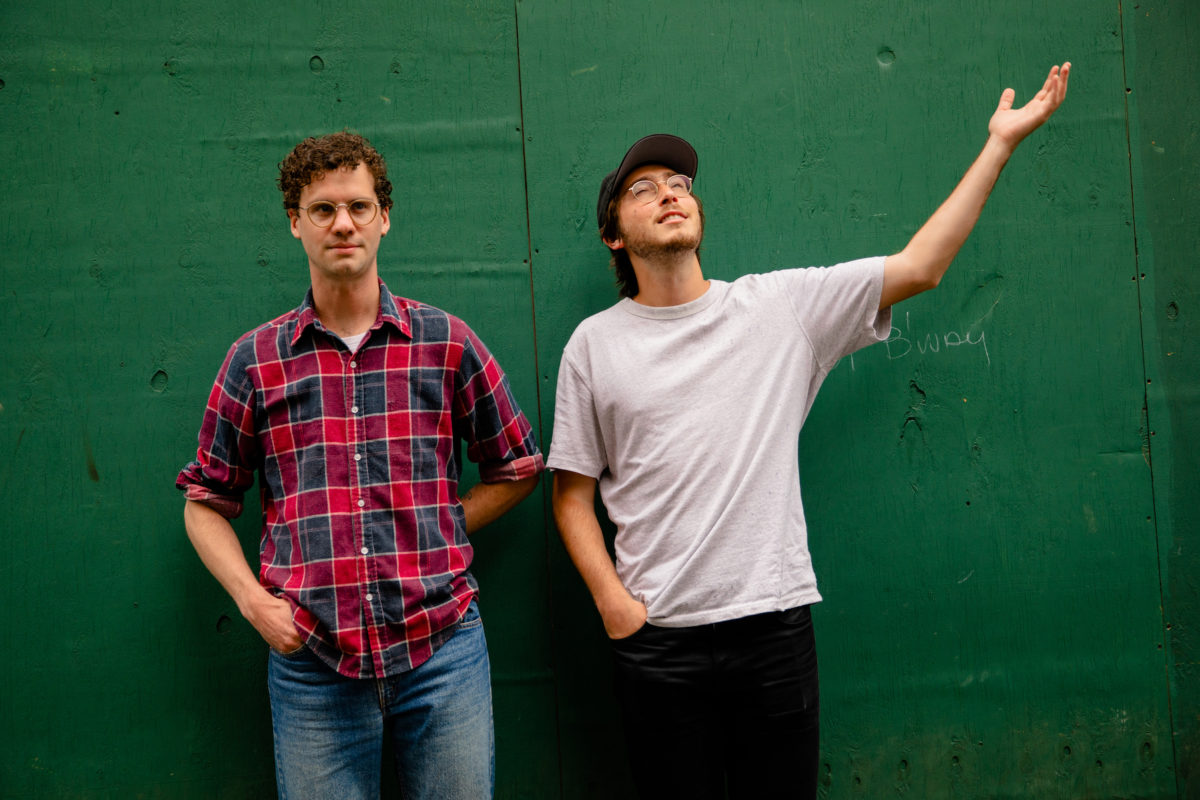 Their U.S. and European tour kicks off in September and ends in their hometown, Chicago, on December 8th.

Julien Ehrlich: I like CBD. I’ve taken it every day on this trip. It makes me a little sleepy, though. I think a sleep mask is really important, [too]. The last transatlantic flight that we did, I was pissed off because they were trying to black the plane out, like, “You should sleep now!” and some random dude had his window open next to us the whole time.

Max Kakacek: I usually take a film camera with me. It’s kind of a dorky hobby, and I often forget what photos I’ve taken because I usually take most of them when I’m, uh, fairly drunk. But I get them developed and it’s like, holy shit, all these lost nights that are captured somehow, and that’s pretty fun—sometimes. Sometimes it just pisses off everyone I’m hanging out with. 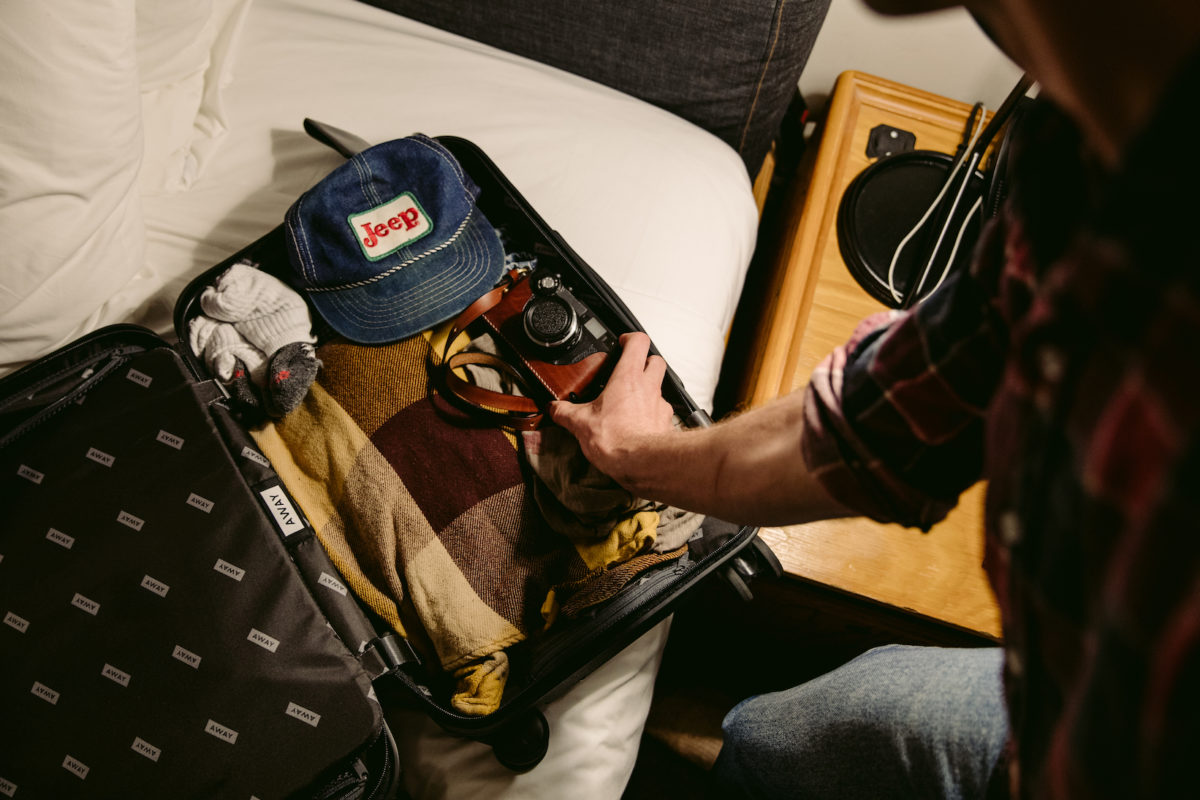 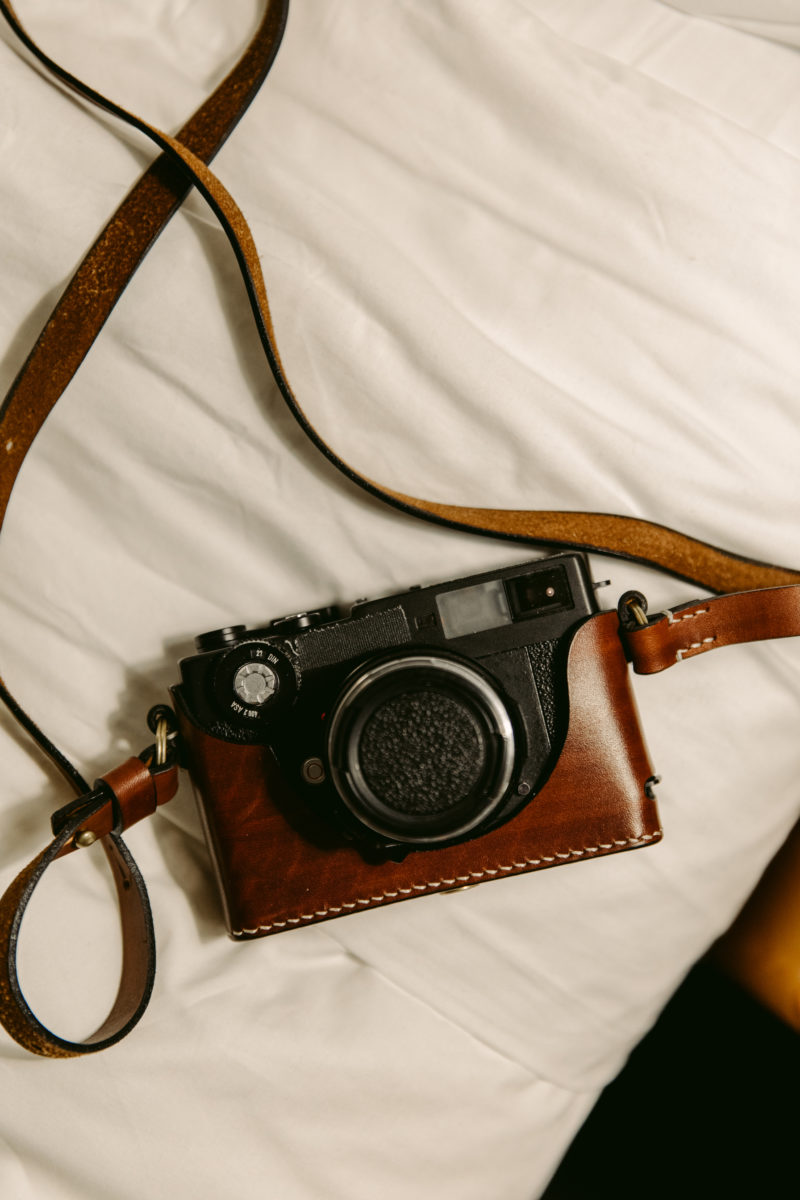 "I usually take one film camera with me...It’s kind of a dorky hobby." 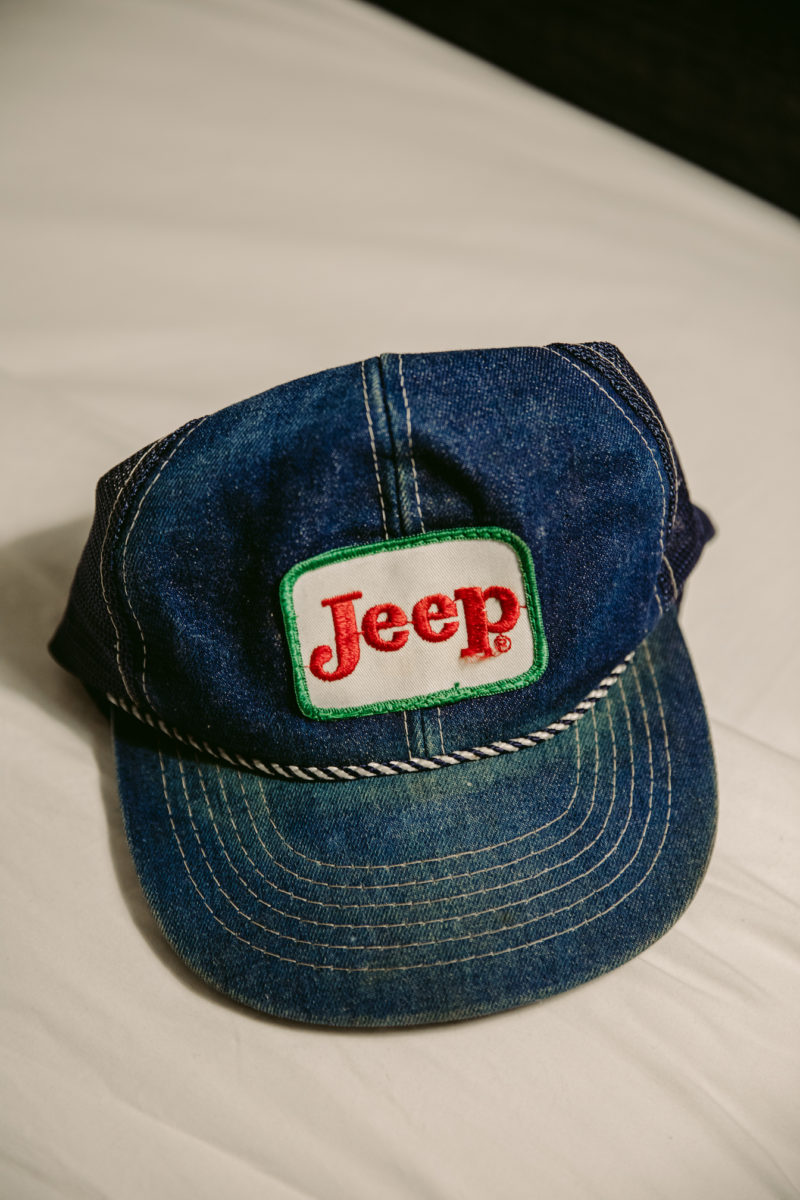 Kakacek always brings a Jeep hat on tour; his family members all own Jeeps. 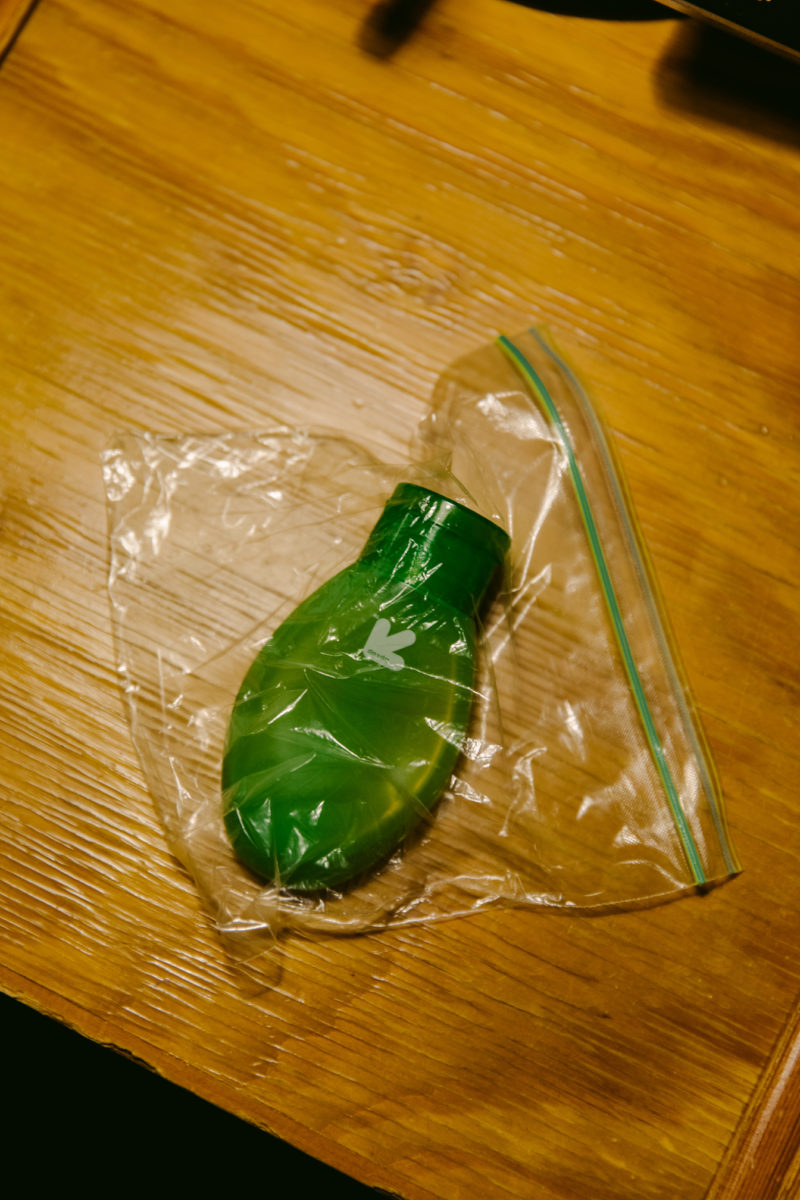 Kakacek packs olive oil as a hair moisturizer. "I put it in my hair before taking showers like once every two weeks. It’s pretty weird, but it feels good."

MK: I wish we had more close friends in Asia. We went there and realized that the culture [makes it harder] for meeting fans since the language barrier is a little more intense than in Europe. But lots of friends in England—really cool people in England. London especially.

JE: There’s the Michelberger Hotel. The bar downstairs there. It’s in Berlin. That place is sick.

MK: We also went to this amazing bar in Japan called the Tokyo Record Bar. It has this weirdly English name, we walked downstairs, they only played music from the 70s, you could smoke inside. There were just people smoking cigars everywhere downstairs. 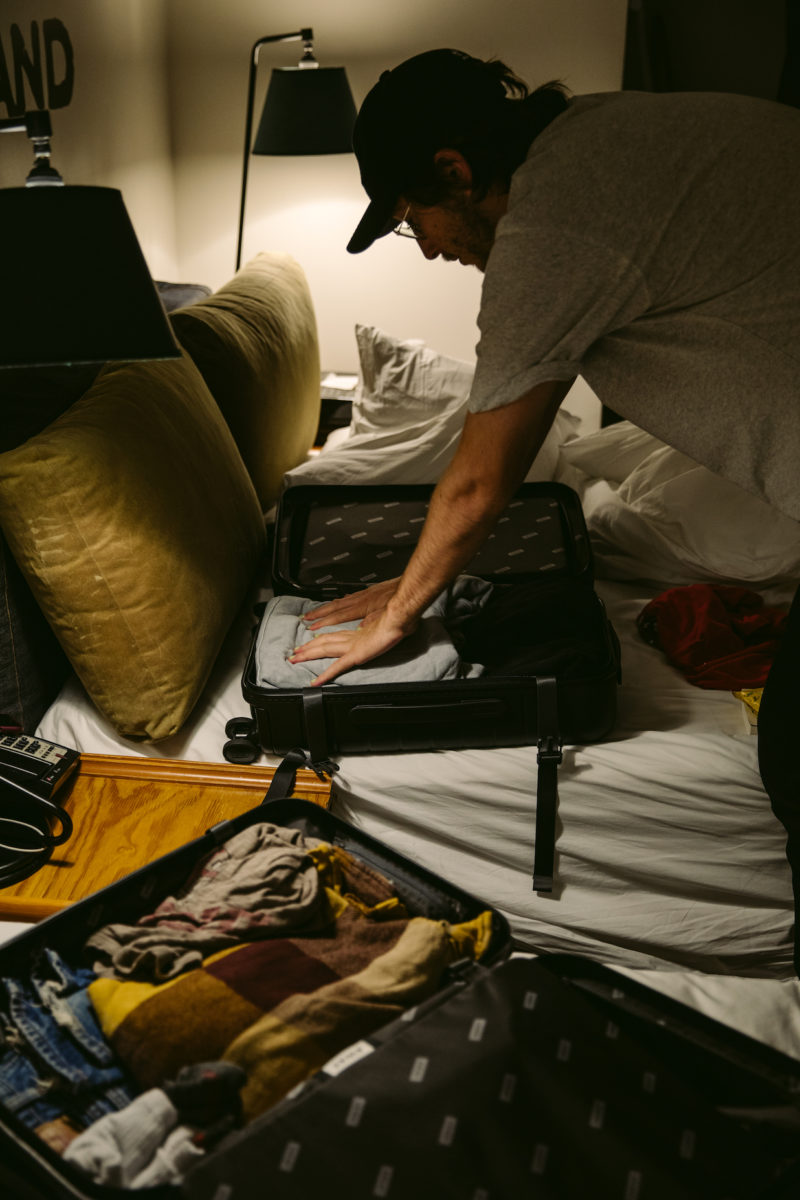 In Ehrlich's suitcase: all things music, from listening to singing. 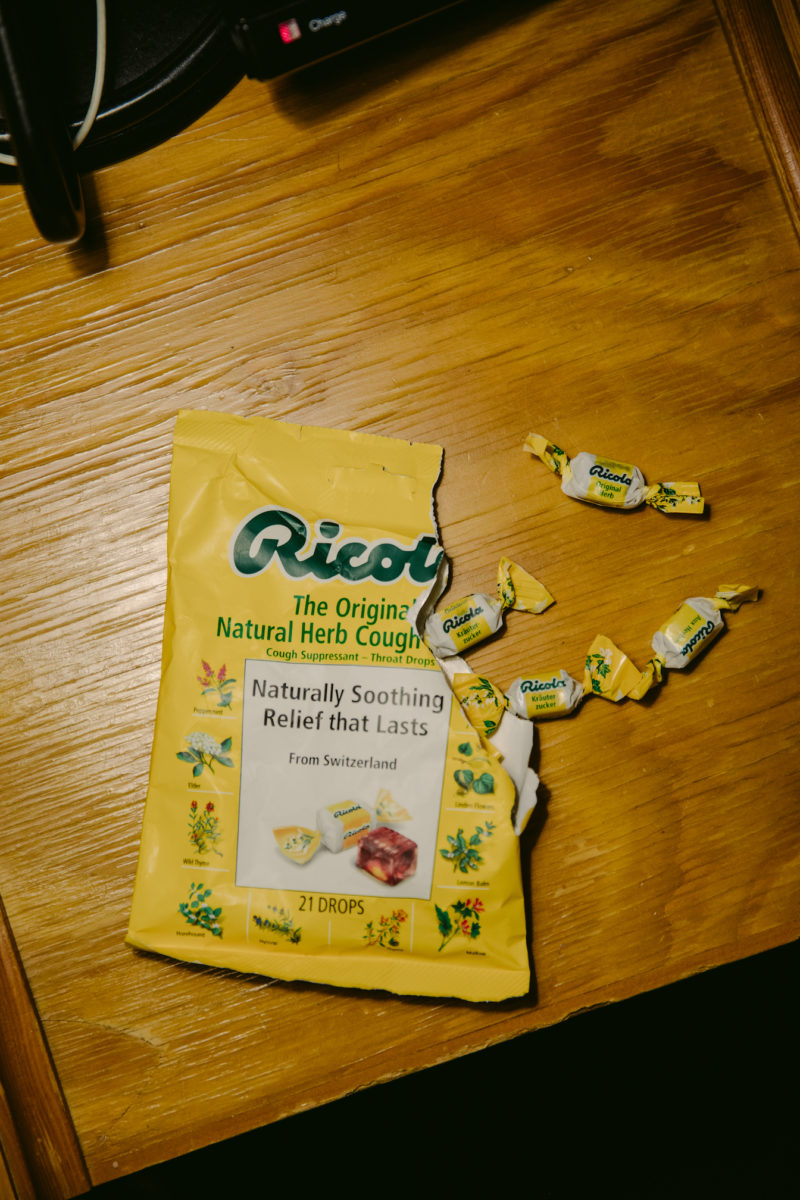 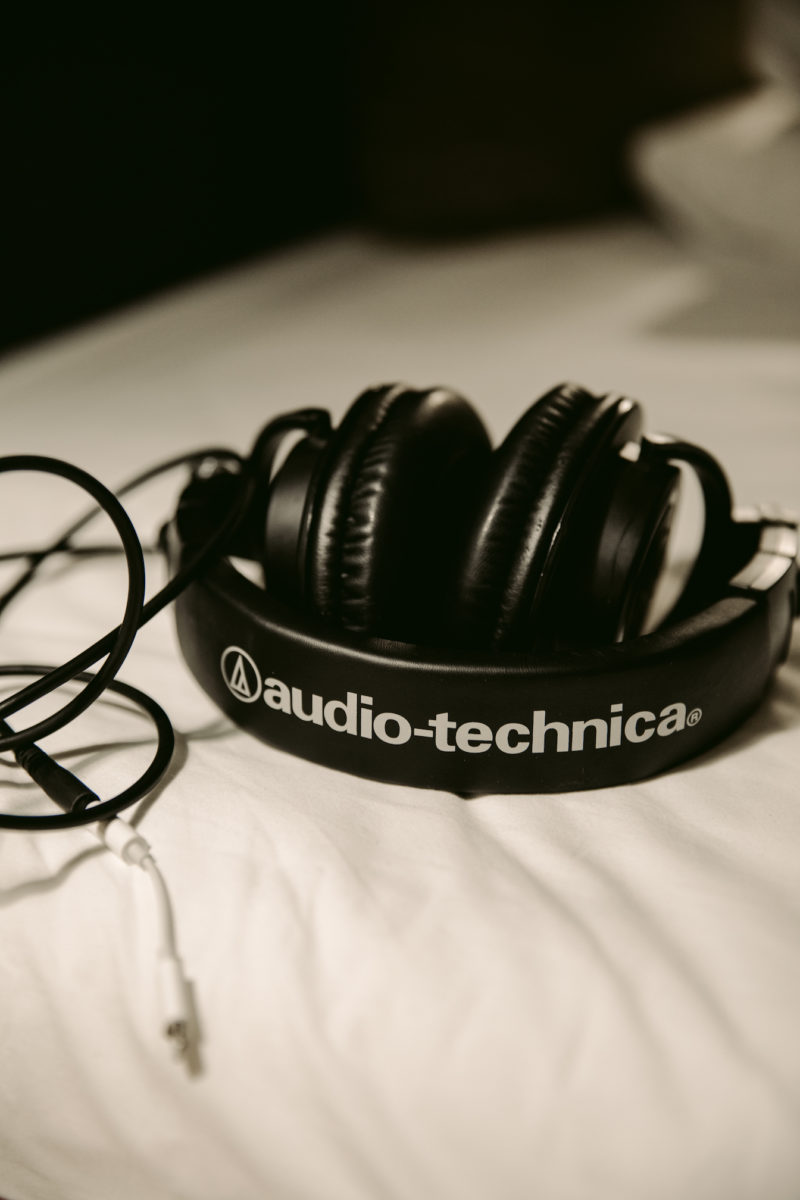 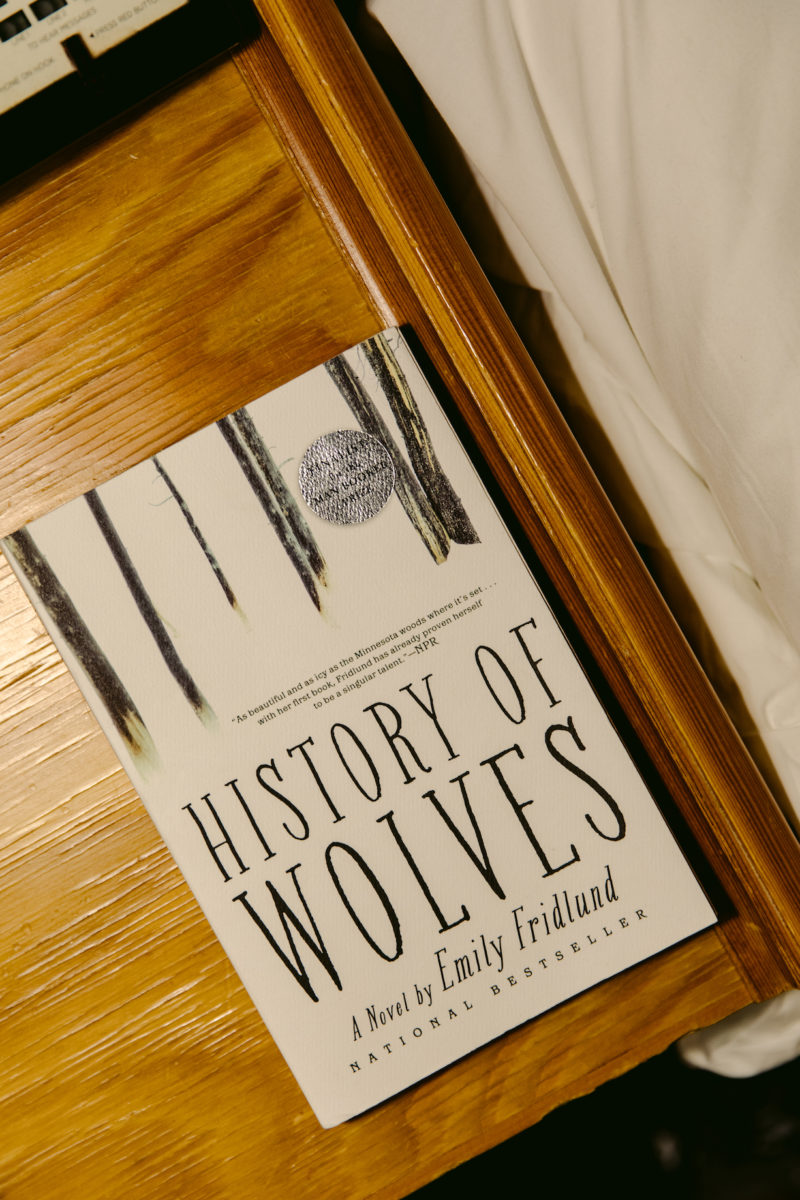 One of Ehrlich's book picks for Whitney's upcoming tour.

MK: Print [Chouteau]’s fear of gas stations. If it’s not like a chain gas station—if we’re in the middle of the countryside and we stop off to get gas in the middle of nowhere, he gets paranoid. Like, “We’ve been here too long, guys.” It’s kind of bizarre.

JE: I think we’re at the point where we’re excited to go on tour.

MK: It is like a “grass is always greener” thing, I think. When you’ve been on tour for like a year and a half, at the end of it you’re just like, “I don’t feel like a human.” The same as if you’re at home for a year and a half. You’re just sitting at home one night and you’re like…this is miserable.

JE: This last time we went to Europe, we’d been at home for so long that I was packed for two days before we left. Normally though, it’s a mad dash.

JE: When we got to wear Saint Laurent suits [during a shoot] for PAPER Magazine, we were both like, “Okay, this is the last tour cycle that we’re gonna be wearing blah clothes.” Because I think we actually look surprisingly good in suits together! The photographer was like, “You two look like a couple of spies,” and I was like, spies are not the look. We definitely just look like slightly greasy dudes that just happen to be in these suits. But I still think we might start doing suits later on. 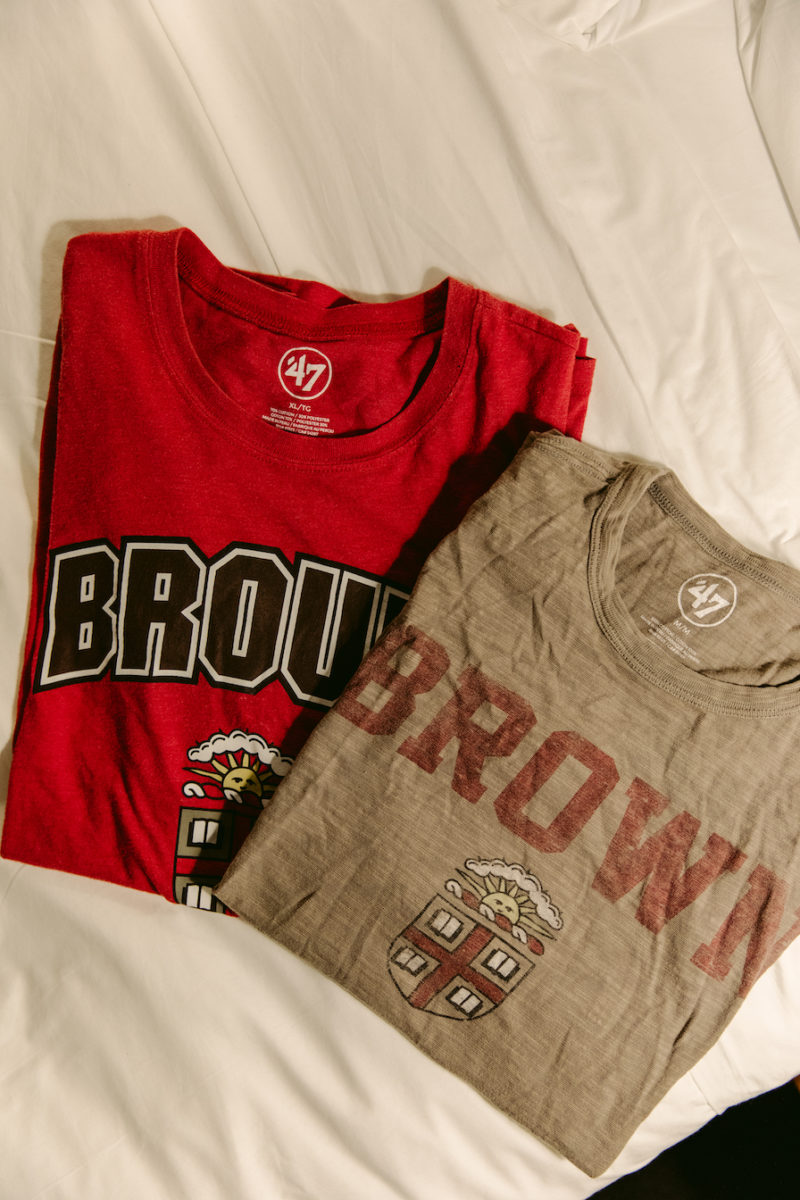 Matching Brown University shirts from when they played the school. "We kind of wear them for social camouflage—they make you feel comfortable in a crowd." 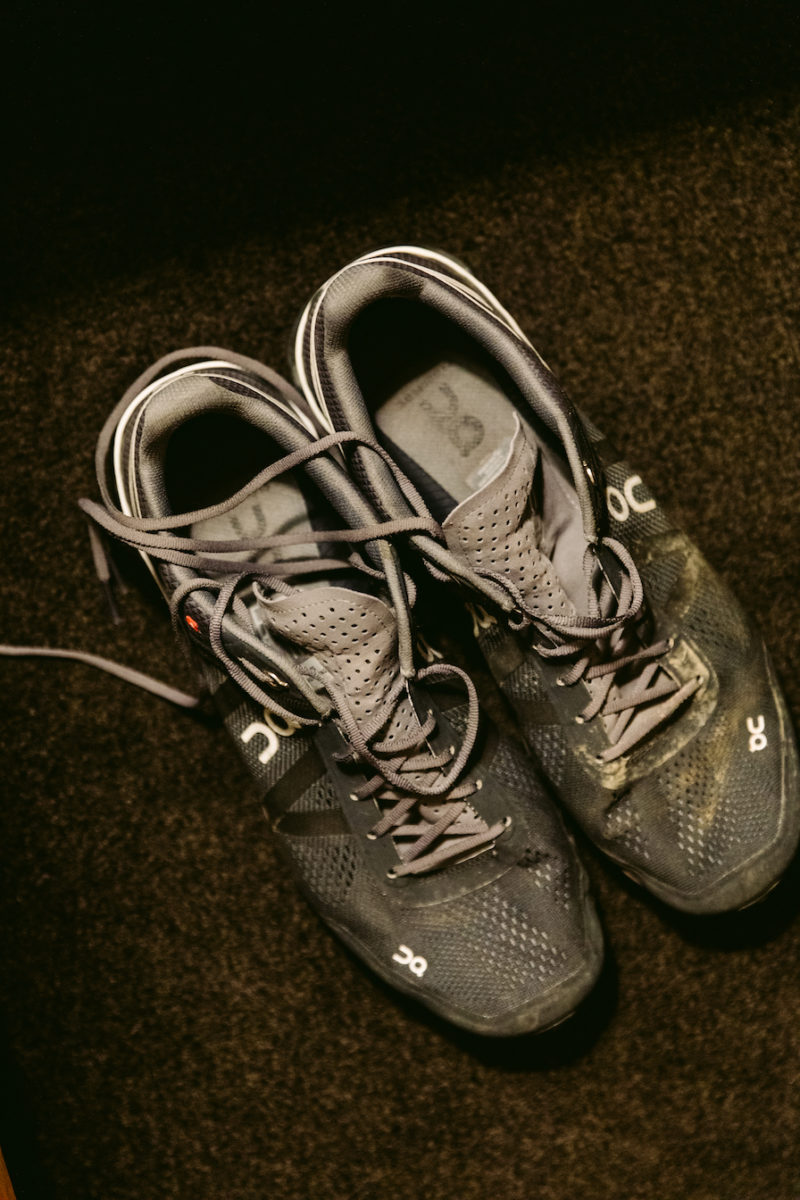 "Last tour we went on, none of us ever exercised and I think we all got pretty depressed. So I think in this off time, we’ve all gotten a little more serious about exercising."

FUEL FOR THE ROAD

JE: Oh yeah. We tried Dot’s Pretzels, they’re from North Dakota. After eating the first one, I immediately ordered two bags to my house. Sophia, my girlfriend, was like, “Oh my God, these are so good!”

MK: Have’a Chips from California, too.

MK: When people come to our shows, all of us act like normal human beings towards them. We’ll just go hang out at the bar afterward, play some pool, and people who don’t mind hanging out with us, you know—we end up doing stuff together and become texting friends and stay in touch.