This Nam Prik vegetable platter at Wayla is commonly eaten in homes across Thailand, but you'll rarely find it on a Thai restaurant menu.
DispatchAnnie Werner

Welcome to “We Are All Immigrants.” In this series, we highlight the stories of people who live around the world but remain connected to their home countries. You’ll hear from those most acutely affected by changing policies and a shifting reality, and those who exist as part of multiple cultures at once.

We dare you to try to get a reservation at Wayla, the Lower East Side’s hottest new Thai restaurant helmed by Chef Tom Naumsuwan. New Yorkers are flocking, and not just for any omnipresent Pad Thai. Even people who are schooled in more than one variation of Thai food, who know the difference between a northeastern larb and a southern moo saab, will find surprising techniques and lesser known dishes—and it’s Naumsuwan’s experience growing up in Bangkok (and his frequent return) that’s influenced his unique approach to the cuisine.

“There’s so much more to Thai food than Pad Thai,” says Naumsuwan, who moved to the States in 2007 to work at his brother’s Japanese restaurant in Queens. It was there he met his wife, Lalita, who was a server at the restaurant and recognized his talent right away (she helped translate our interview at Wayla’s coveted backyard garden, where guests can be found sipping lush cocktails designed by a former Aviary mixologist). “He was in charge of cooking family shift meals and I was surprised by how good they were,” Lalita says. 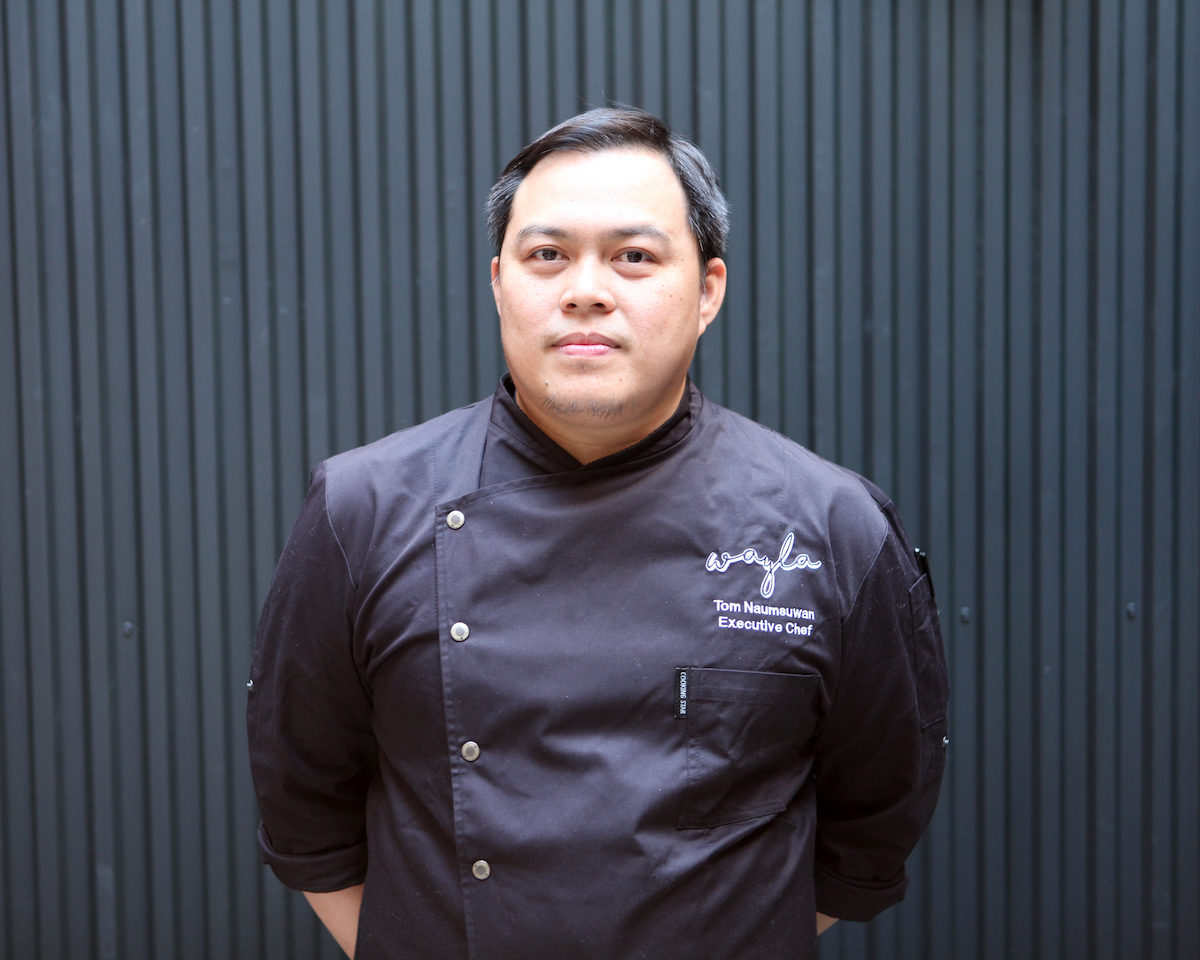 Naumsuwan’s interest in food dates back to when he was just a kid in Bangkok. His family struggled financially, so his mother used her unique Northeastern Thai cooking skills to sell food at the market. Naumsuwan would tag along. “Thai people are very friendly,” he says. “I would just go into other people’s stalls and see what they were doing, what they were making, and since I was a child they were very helpful, teaching me how to do what they do.”

Naumsuwan has brought the multitude of street food delicacies to the menu at Wayla as well as his lunch counter spot upstairs, Little Wayla, which takes direct influence from those vendors in flavor and format. But he’s not just copy and pasting what those vendors do with fresh produce found in neighboring Chinatown and the Union Square Green Market. Chef Naumsuwan wants to show the breadth of Thai food and how people in Thailand eat it, which is steeped in a tradition of experimentation.

“I grew up eating macaroni sauteed in fish sauce, tomato sauce, and onions,” says Lalita. And while Thai macaroni has yet to surface on Wayla’s menu, there are other options that reflect the Southeast Asian cuisine’s unexpected versatility. Even Naumsuwan’s own brother was surprised to find steak among the entrees, joking that he would bring A1 sauce the next time he visited the restaurant. “He grew up in the States and doesn’t understand that Thai people eat everything—they eat steak, pork chops, fried chicken.” 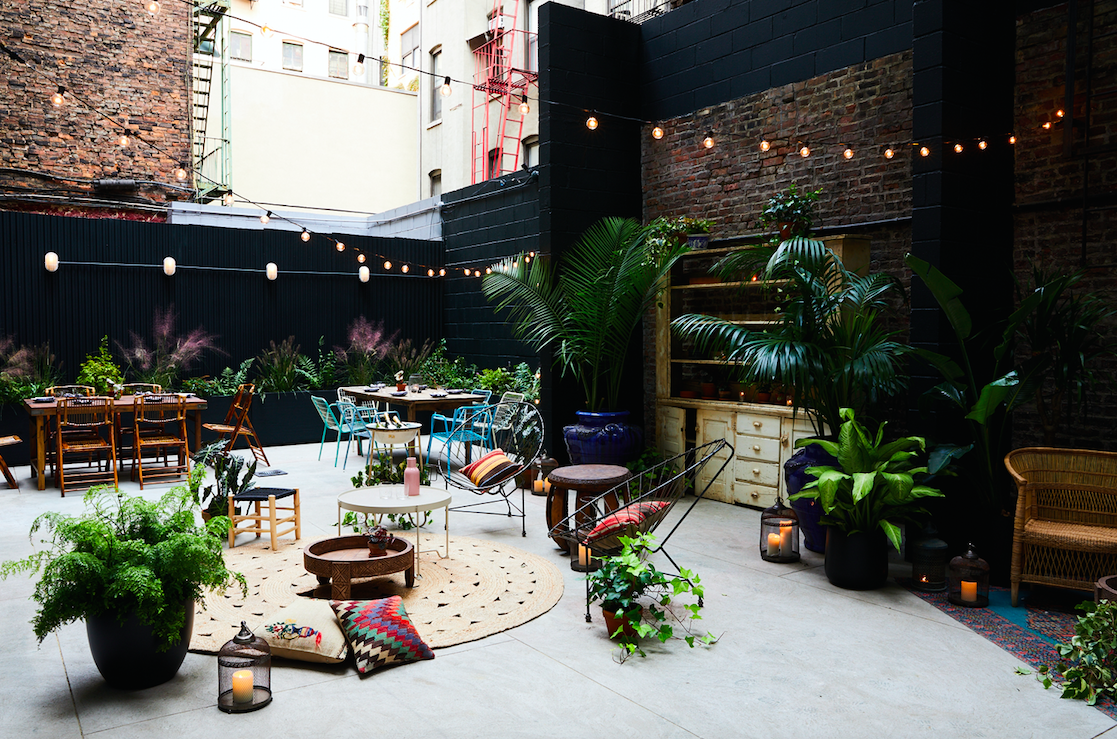 What, then, makes something “Thai?” According to Naumsuwan, it’s all about flavor: chilis, spices, fish sauce and other marinades, garlic, herbs—so many herbs—and a lot of coriander. He hopes to use these foundational flavors to expand people’s perception of what Thai food can be even further.

“Ten years ago, it would have been harder to introduce new things. But now everything is so accessible. People travel. People step out of their comfort zone—thank God for all these food shows that expose people to things all over the world.”

The media has informed Naumsuwan’s own novel forays into Thai cuisine. A vermicelli-wrapped meatball on Wayla’s list of appetizers was directly inspired by a wildly popular Thai period drama called Buppesannivas (“Love Destiny” in English) that reintroduced the former delicacy back into the Thai palate in 2018. 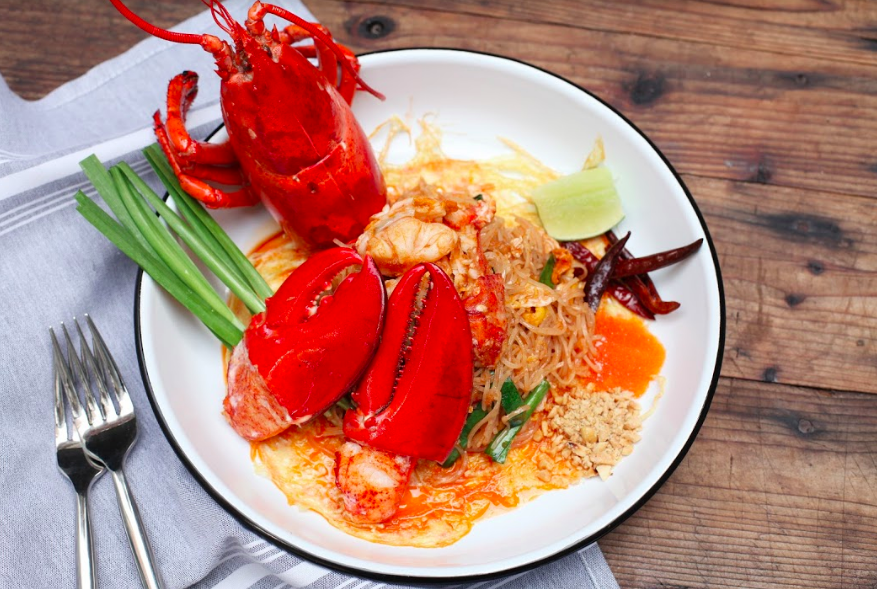 “It was kind of a forgotten dish in Thailand,” claims Lalita. “People knew about it, but no one really made it because it’s labor intensive and you can’t charge that much for a meatball, so a lot of people just thought it wasn’t worth it.”

In order to make this dish—which has a satisfying crunch from the fried vermicelli noodle on the outside and a soft, meaty inside bursting with that signature Thai flavor—Naumsuwan’s team found one woman in New York with the skill to wrap and fry the meatballs, and she’s now teaching another.

“Everyone in Thailand wants to eat that dish when they’re out now, and restaurants started selling it again,” Lalita says. “It’s a fun part of Thai culture and we wanted to introduce it to people here, too.”

But Naumsuwan’s biggest inspiration remains the cooking styles and practices of the people who have been cooking Thai food much longer than he has. “Thai culture is big on respecting your elders, and those are the best people to learn from,” says Naumsuwan, who on a recent trip back to Thailand, visited his mother’s senior residence and learned how to make pomelo salad—a sweet and citrusy dish not commonly found on menus in the States.

Naumsuwan plans to continually evolve Wayla’s menu, which will change seasonally with fresh produce as is traditional in Thailand. However, he says, “We don’t want to cook common food. We want to say, ‘Here is the food we create; try it.’ The only important thing is that you eat a dish that you connect with.”