How to Visit Reykjavík Like Local Icelandic Electro-Pop Band Vök

It hardly gets more Icelandic than having a geothermal bath named in your honor. Such is the case with electro-pop outfit Vök, the band from which Iceland’s only floating pools got their name. But the three proved themselves worthy of such an honor on day one: The band formed in 2013 after its founding members accidentally won a battle of the bands-style contest—despite the fact that, at the time, they hadn’t yet recorded a single song.

Now set to play Icelandair’s Iceland Airwaves music festival this November—one of the biggest events to hit Reykjavík’s streets each year—Vök as it is today has volumes of work that shows off just how far they’ve come. Ahead of the event, we caught up with members Margrét Rán and Bergur Einar Dagbjartsson to discover their favorite things to do in and around the capital—including the most underrated day trip from the city and why in Iceland, the best thing since sliced bread, is sliced bread. 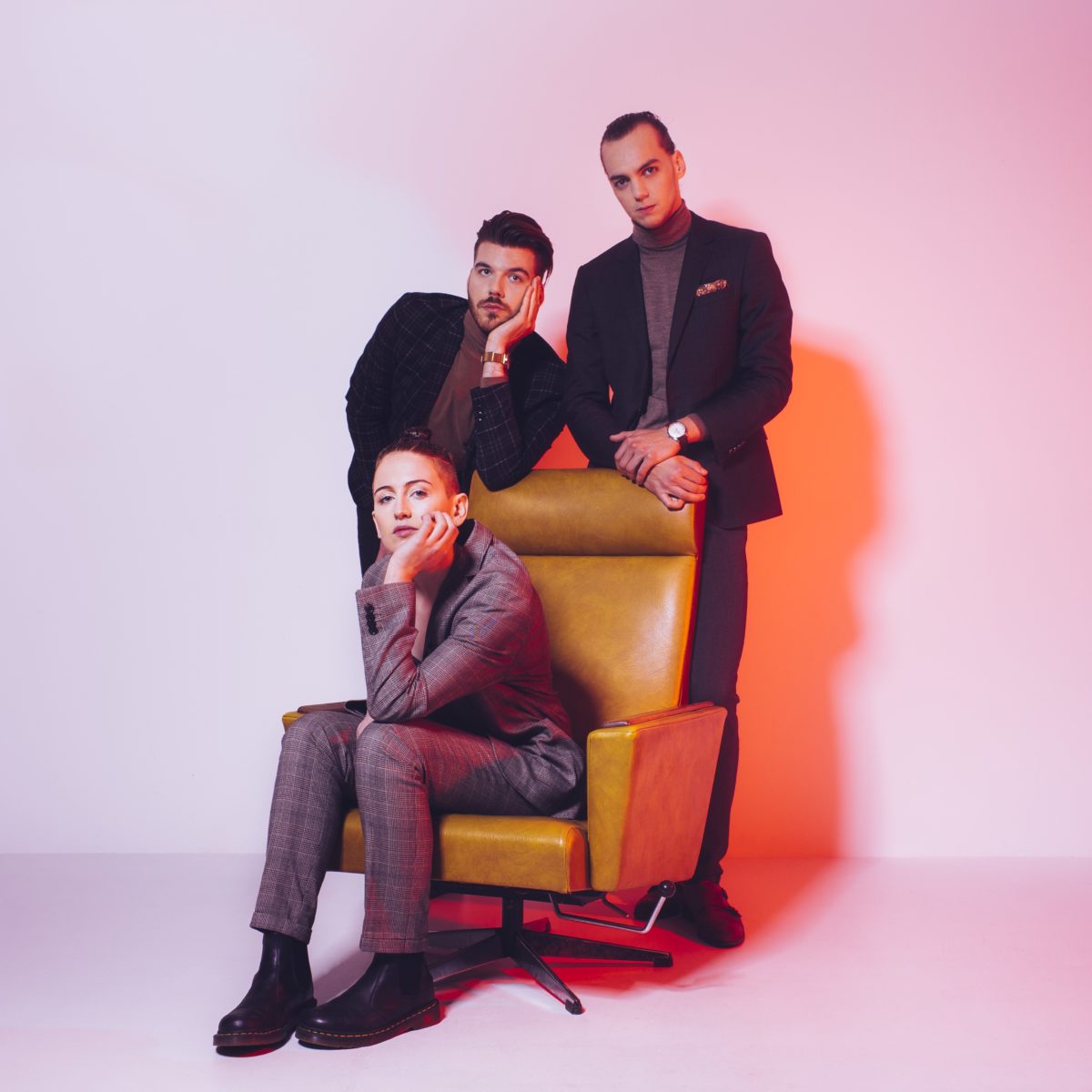 10:00 a.m.—Avocado toast and coffee for breakfast: Icelanders, they’re just like us!

Margrét Rán: Reykjavík Roasters is one of my favorite places. I really love the toast here with avocado. I usually walk here and get fresh coffee. My other favorite coffee place is Kaffi Pallett. It’s a hidden treasure, but a lot of travelers are discovering it now. They’ve got really friendly hosts.

MR: If you like listening to music, go to Tónar. It’s the most famous record shop in Iceland, and the host is really nice—he gives you good music recommendations, and you can sit down, have a coffee, and listen. And buy a record!

If you want to buy jewelry in Iceland, go to a place called Orrifinn. They’ve got rings—so, so cool, and not very expensive. It’s really nice and all handmade there on the spot. 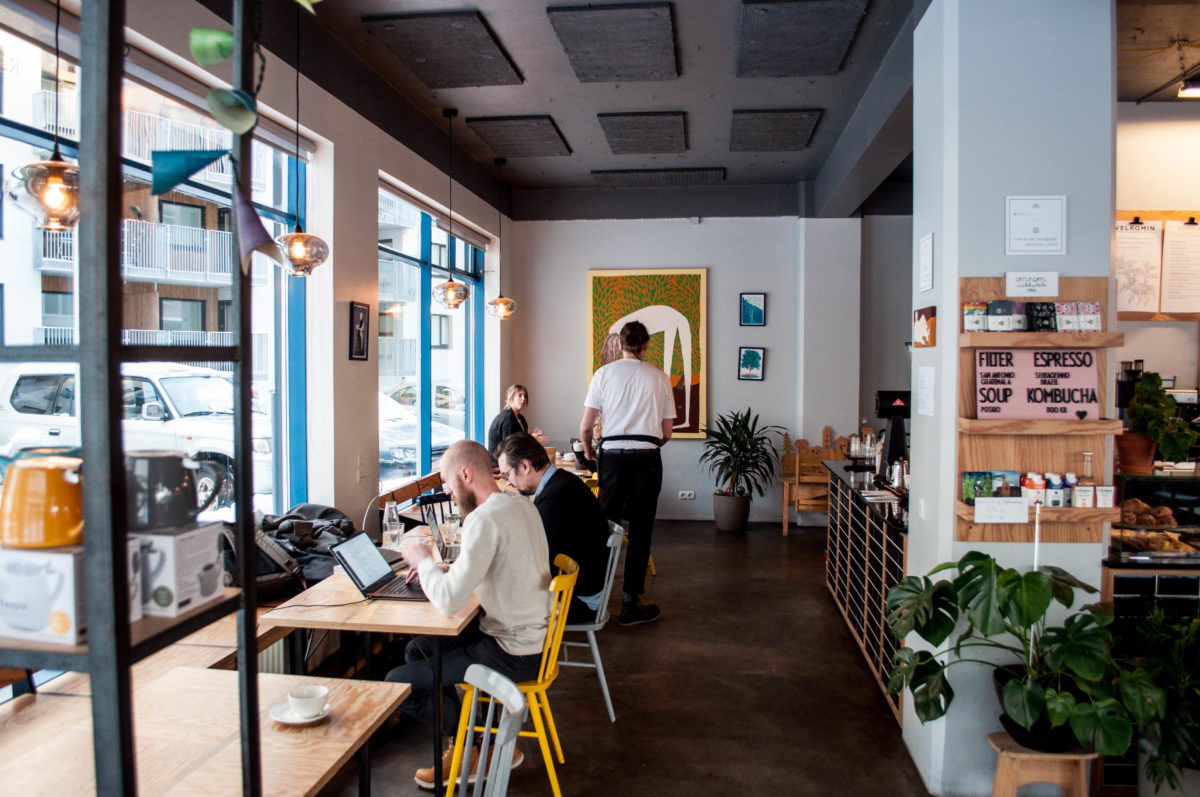 Reykjavík Roasters is one of the most popular coffee collectives in Iceland. 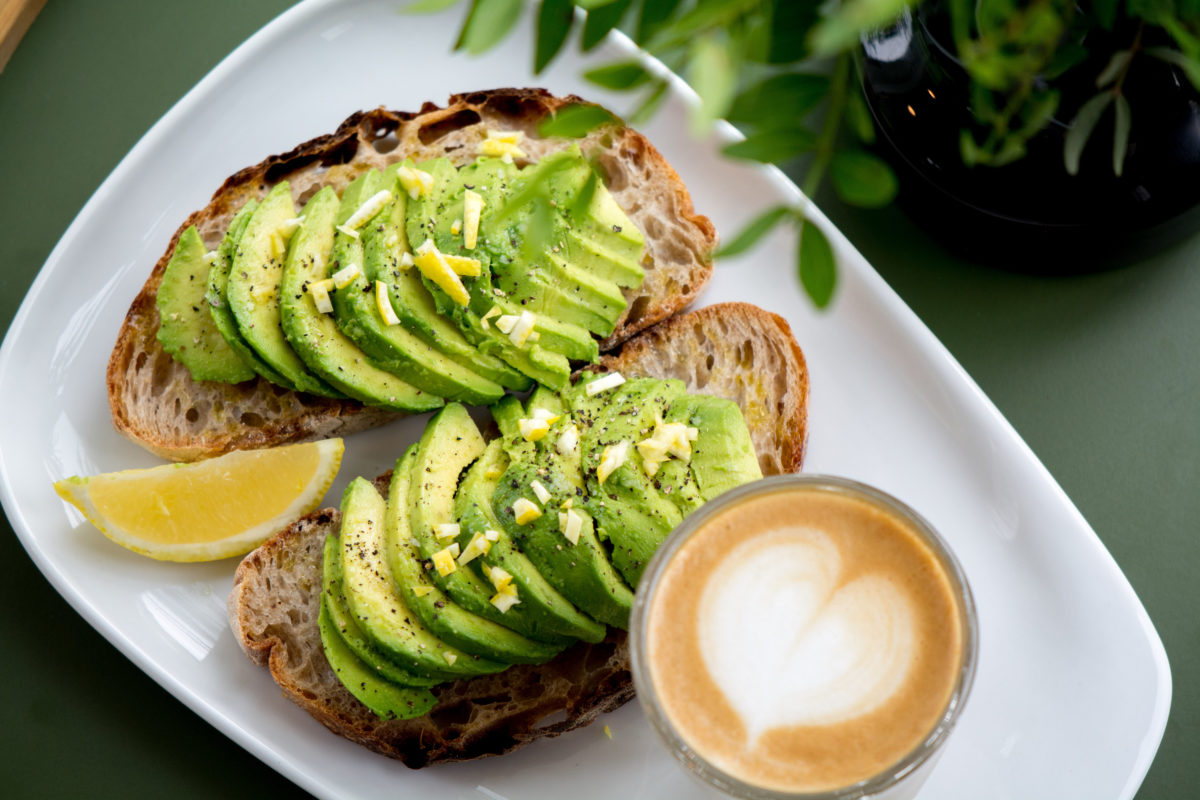 Bergur Einar Dagbjartsson: Around lunchtime, I’ll usually have sourdough pizza at Flatey. It’s not a really huge portion—it’s pretty small, so I like going for that.

MR: You need to go to the swimming pools. That’s rule number one. Americans say it’s like a spa, but it’s more like three pools and a hot tub. The really trendy thing to do now is the cold tub—you walk between the hot tubs and the cold tubs.

BED: I like the pools at Sundhöllin. It’s the most local thing you can do—there’s always a lot of people there, no matter the time of day.

BED: I don’t think there are any Icelandic restaurants that Icelanders go to. Icelandic food is kind of home food, so I think we tend to visit places like Grillmarket for dinner. But for good fish, I’d try Messin. That’s about as close to “local” food as locals get. 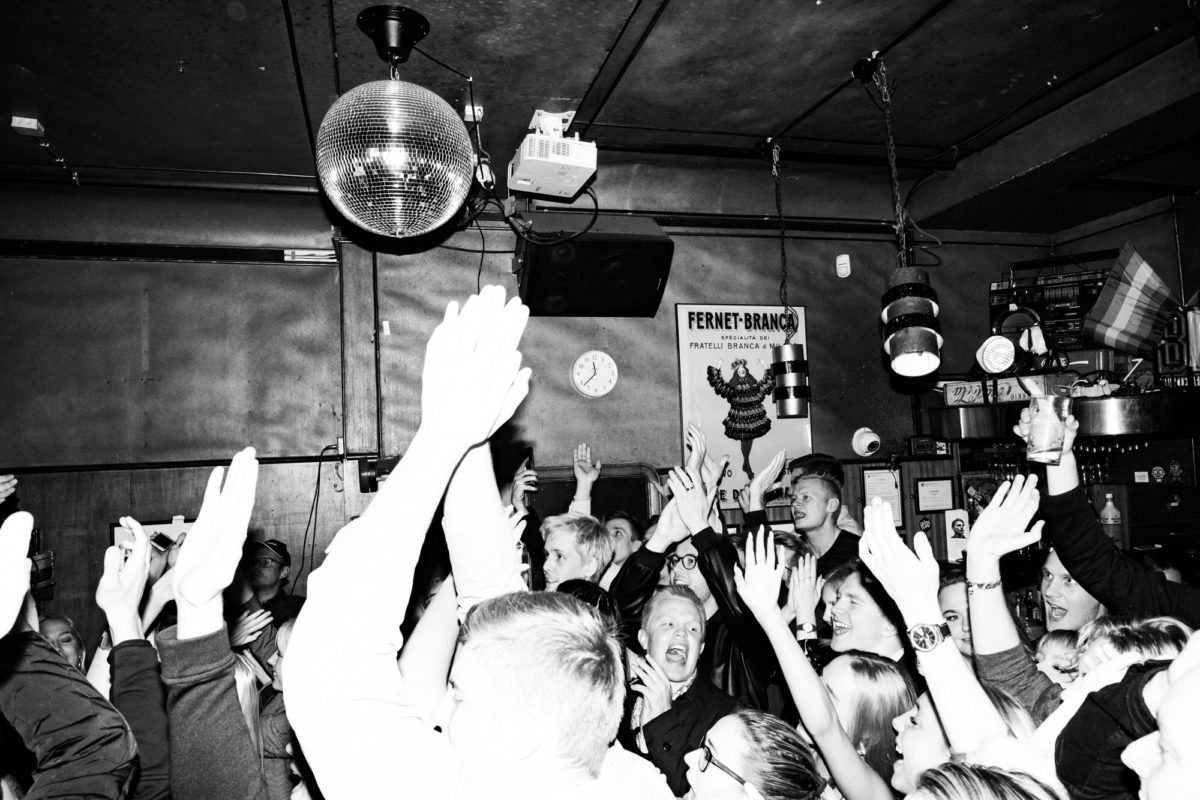 Hip-hop bar Prikið is a favorite amongst locals in Reykjavík.

MR: There’s a venue in Hafnarfjörður called Bæjarbíó, the town theatre. It’s an old movie theater—very cool, and a really up and coming venue right now. It’s got an intimate vibe when you play there.

BED: There’s one place that sometimes has concerts, Tjarnarbíó, downtown. It’s more often used for theater, but it’s a beautiful place and a really good venue that seats about 1,900 people. We had our release party there.

BED: There’s this one new bar—it’s kind of hidden. It’s called Session. It’s downtown, really close to another well-known spot called Prikið. You have to go up this ladder—there’s no sign or anything outside of it. It’s great for beer enthusiasts and has a ton of different beers. It’s a good place to go chat, have a drink, and the music isn’t too loud. There’s also another place called Tíu Sopar, which means “ten sips.” It’s a wine bar with all these classic, cheap organic wines. It’s really good, and the guys there are passionate. Ask them for recommendations, and they’ll always give you something nice.

Midnight and later—Finish with drag and dancing

MR: There are drag shows at Gaukurinn, and you’ve gotta go to Kiki! It’s a gay bar (and a lot of straight people go there to dance).

BED: Kiki has good music, and everybody’s shamelessly dancing. It’s probably my favorite dance bar—all my most memorable nights dancing are usually there. They play banger after banger. 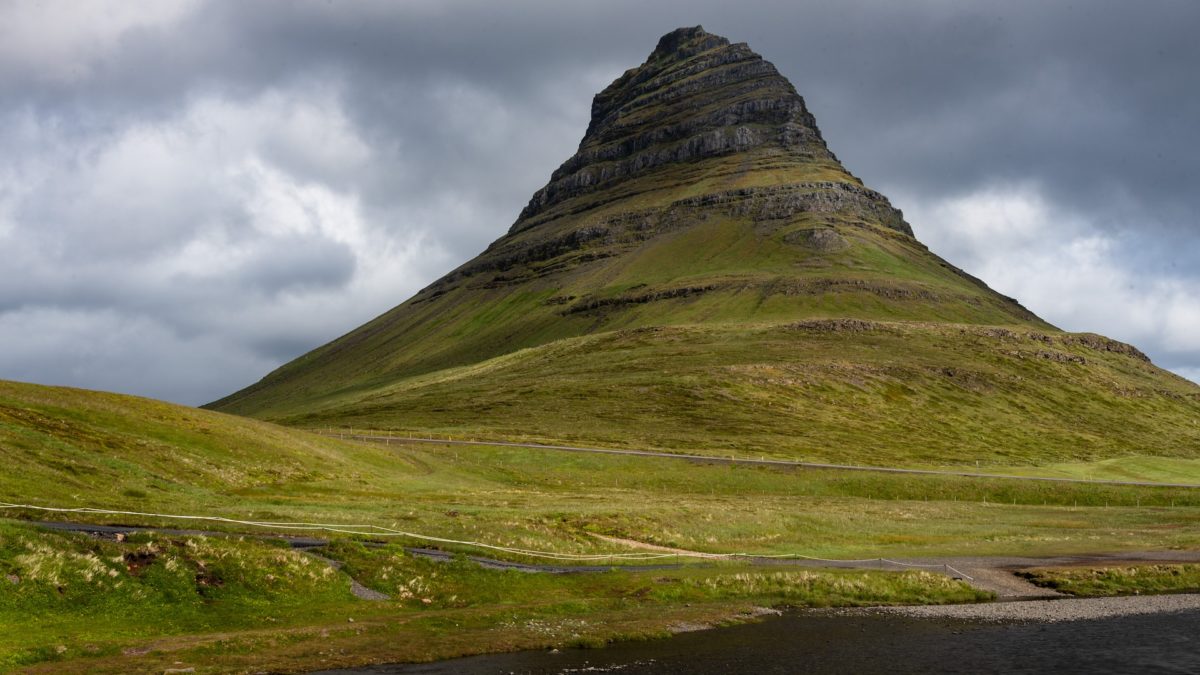 It's common to see Kirkjufell in dreamy photographs of Iceland. 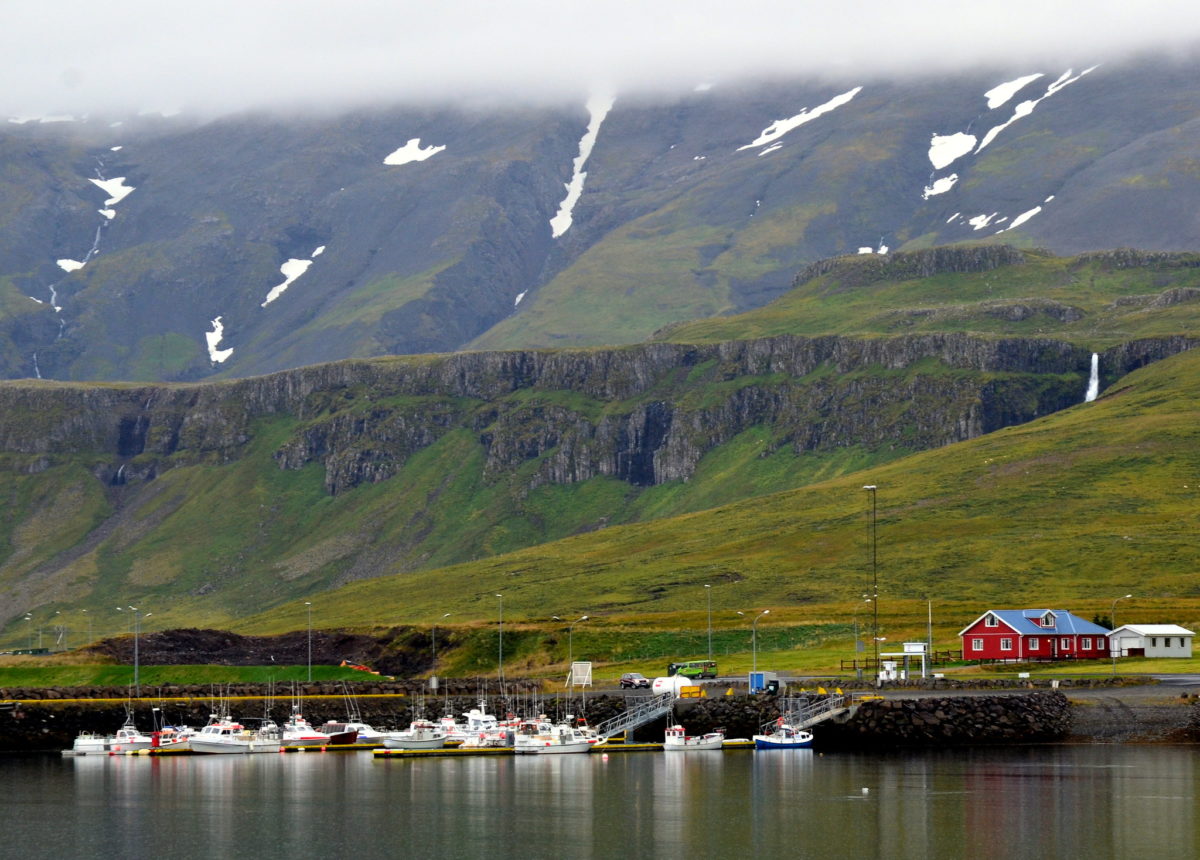 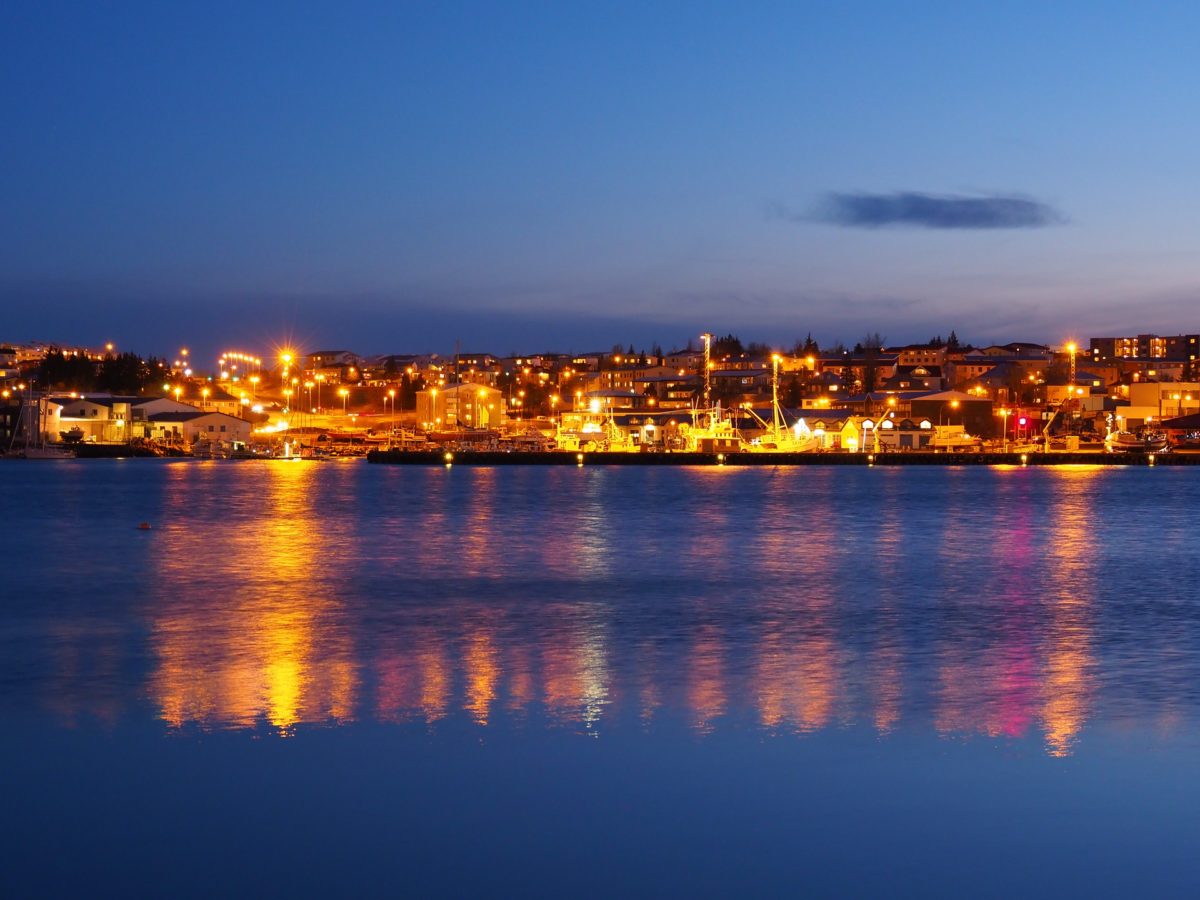 On the way to Reykjavik from Keflavík Airport, you'll likely pass through Hafnarfjörður.

BED: I’d say my hometown, Grundarfjörður. It has this big, beautiful mountain—one of the most photographed mountains in the country. You can see it from miles away. The town is beautiful, has a swimming pool, and a great restaurant, Bjargarsteinn, with a view of the mountain. It’s in a really beautiful old house, and a little hard to find—it’s behind a huge warehouse by the ocean.

MM: I really recommend Hafnarfjörður. It’s a really small town, and I think it’s going to be the hip and cool place in a couple of years. It has good restaurants and cafes, a good music venue, and it’s a big sports mecca, also. It’s a harbor town, so it’s very pretty and good for walking around. 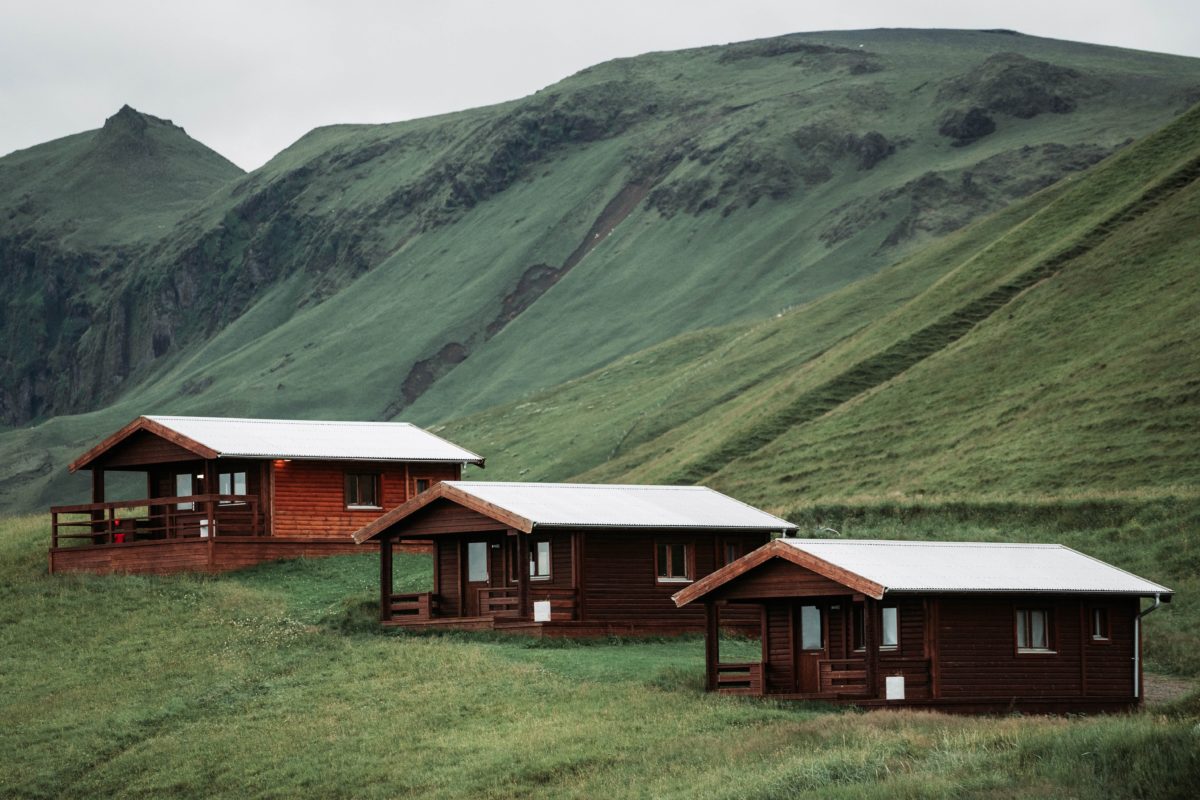 Countryside cabins are a popular getaway for both tourists and locals in Iceland.

The geothermal bath to visit (aside from their namesake)

MM: Krauma. It’s only about an hour and a half away from Reykjavík.

Where to stay for the full experience

MM: I would say Kex—it’s more of a hostel, and they have great vibes downstairs. All the Fosshotels are really nice. They are quite luxurious. I also recommend that people rent a cabin—that’s my all-time favorite thing to do. I have a cabin about an hour away from the city and it’s so nice to experience the nature part of Iceland because it is so special.