How Bermuda’s Entrepreneurs Are Transforming Tourism on the Island

St. Peter's Church in the St. George's neighborhood of Bermuda, which has recently been revitalized thanks to community effort.
DispatchAnnie WernerMeredith Andrews

For issue 07 of Here Magazine, we discovered that Bermuda means business. From apps to surf boards to two-seater cars, entrepreneurs in Bermuda are opening up possibilities for visitors looking to venture beyond resorts.

When I told friends that I was going on an assignment in Bermuda, a common response was, “But what will you actually do there?”

For tourists, the answer has often been that you would enjoy the turquoise waters, luxurious resort amenities, white- tablecloth dining, and friendly locals; and for many years, that has been enough —especially if you live along the U.S. Eastern Seaboard and can take advantage of the hour-and-a-half-long flight.

Today’s Bermudians, however, would tell you that there has been a long- standing disconnect between all that Bermuda has to offer and the experiences that many visitors have on the island. There has also been a disconnect between the image many outsiders have of Bermuda—pastel, preppy, and maybe a little bit pretentious—and the reality of Bermudian life.

After the 2008 financial crisis, it became clear that this was a problem that needed solving. For decades, Bermudians largely viewed tourism as an afterthought to their thriving financial services industry. But when the economy destabilized, Bermudians sought to diversify for more reasons than one. Not only was the financial services industry unreliable as the primary source of prosperity, it also created an economic bubble that wasn’t benefiting all Bermudians.

Fortunately, Bermuda’s revitalized tourism industry has evolved into something that more people can participate in—and local Bermudians are making the effort to play their part, creating an industry that strives to support locals as much as it does travelers while showcasing a uniquely Bermudian experience along the way.

These are the entrepreneurs changing the landscape of tourism in Bermuda. 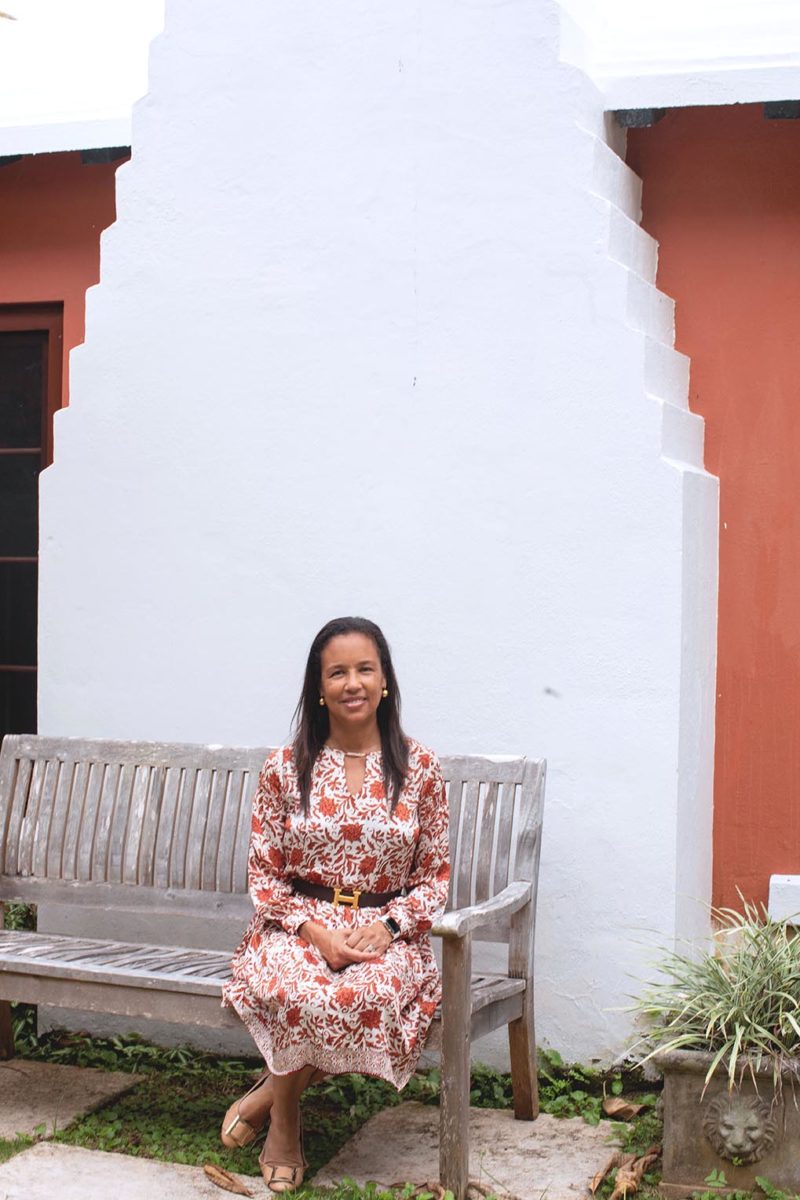 “I can’t believe I get to live here,” says Alison Swan, a Bermudian native. This is coming from someone who spent considerable time in both New York City and LA before returning to her roots—and her roots run deep. The daughter of former premier John Swan (the highest-ranking government official in Bermuda), Alison comes from a family that has long been a fixture of Bermudian life. This made her uniquely suited to cofound Winnow, Bermuda’s first app to source locally curated and executed experiences— swimming with turtles, foraging for wild Bermudian produce, surfing lessons, boating excursions, and more.

“Bermuda is so incredible,” she says, “but we wondered why our friends from other places weren’t coming here.”

This motivated Swan to work on optimizing what she knew was already great about local Bermudian culture. Other examples of experiences you can book through the app include homemade cod-fish brunch at a local resident’s home, paddleboarding through mangroves, sunset boat charters, a beekeeping immersion, and more.

According to Swan, these experiences have always been part of island life; they just weren’t accessible to visitors. “Unless you were going through all kinds of travel magazines and doing a ton of research, there was no way you’d be able to figure out what was going on in Bermuda,” says Swan. “So much of what’s interesting about Bermuda is underneath the surface right now, so what we are trying to do is connect people with really interesting experiences that you can’t find by Googling.”

Though Winnow is a Bermuda-based company, the group has plans to expand beyond the island.

“Our goal is to make everybody an insider,” says Swan. 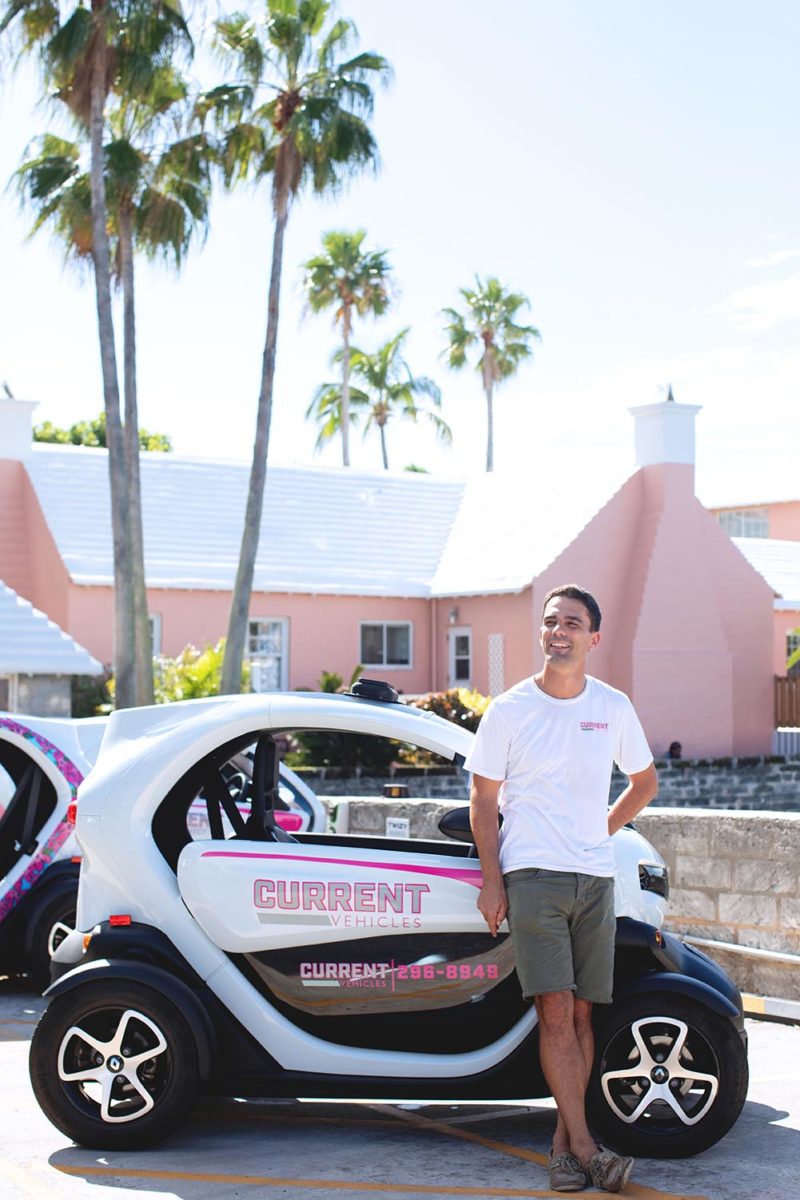 Of course, to be a new Bermudian “insider,” one must be able to get outside of one’s hotel.

Enter Current Vehicles, founded by Piers Carr. His service allows visitors to rent electric two-seater cars, made by Renault, called Twizys. With up to 2.5 hours of battery power and charging stations all over the 22-square-mile island, it’s easy to zip through the narrow streets of Bermuda’s nine parishes, passing palm trees, pink sand beaches, and colorful architecture.

The Twizys have been available to rent for a little over a year. Such mobility is novel to tourists in Bermuda. For as long as tourism has been a part of the Bermudian economy, visitors have been notoriously barred from renting full-size cars on the island, and common ride-sharing apps like Uber and Lyft aren’t available due to government regulation. Only the brave would venture out on touchy moped rentals. This led to a cloistered experience, with visitors sticking mostly to resorts and places where they could be shuttled or taxied to and from.

The Current Vehicles fleet of Twizys can be rented with a driver’s license at kiosks on the island. One of these kiosks is at the Fairmont Hamilton Princess, where employees will help you download a map and plan a trip around locally curated destinations near charging stations, including restaurants, bars, and other attractions that are more off-the-beaten-path. If you have a Twizy and 24 hours in Bermuda, Carr suggests going to the east end of the island—there are charge points at St. George’s, St. David’s Island, and Cooper’s Island Nature Reserve. Rates start at $99 a day.

“There’s a reason certain people have been coming back to Bermuda for twenty-odd years,” says Carr, “but people needed an easier way to get around, a way to create their own adventures.” 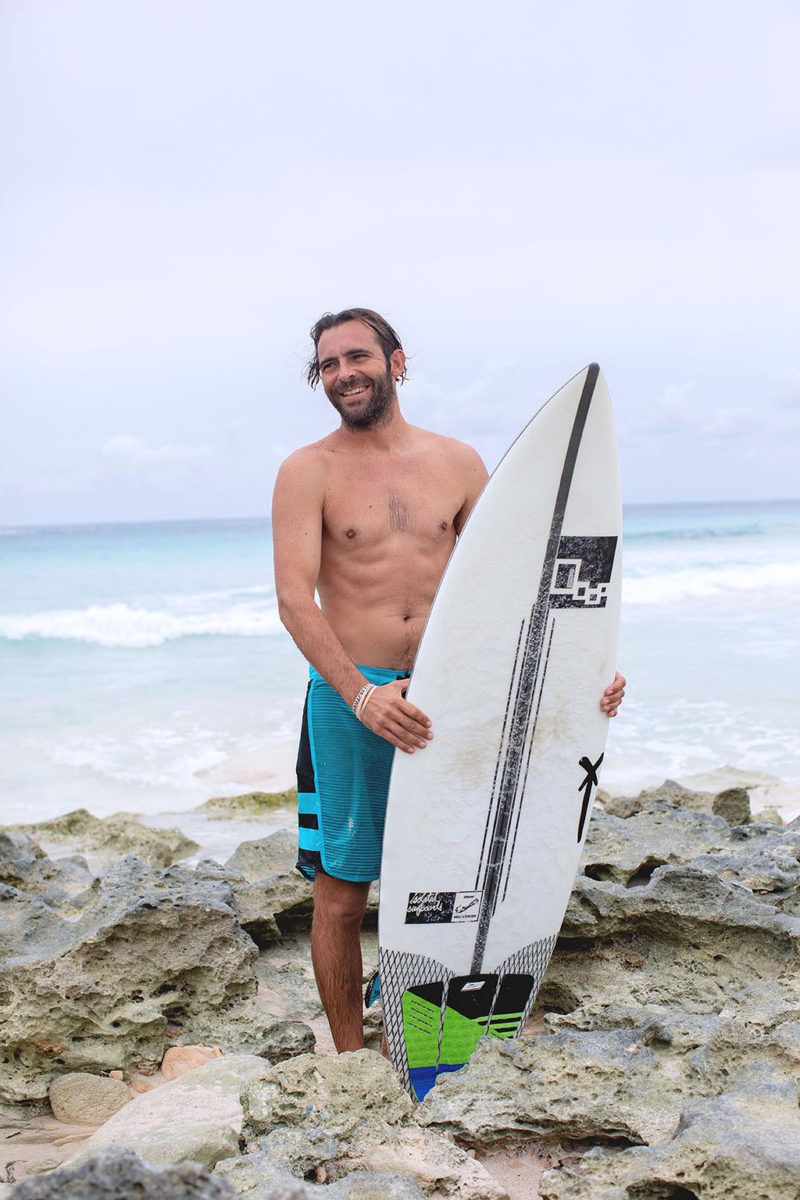 If the new tourism industry in Bermuda is about optimizing what’s already great there, it would be impossible to forget about the beaches.

Though Bermuda has never been known as a surfing destination, after spending some time in California where he learned to love surfing, Cullen O’Hara figured that the only way to truly commit to his newfound passion would be to create a surf culture back in his home country.

Bermuda may not have Blue Crush-worthy waves, but that actually makes it appealing to total beginners. And the best time to surf there—like in much of the Northeastern Atlantic—is in winter. “You kinda have to know where to go and when,” O’Hara says of the many beaches.

Until recently, surfers coming to the island would find O’Hara through Facebook. Now, through the Winnow app, you can book a personal surfing lesson with a member of the Isolated community (running $220 per group). 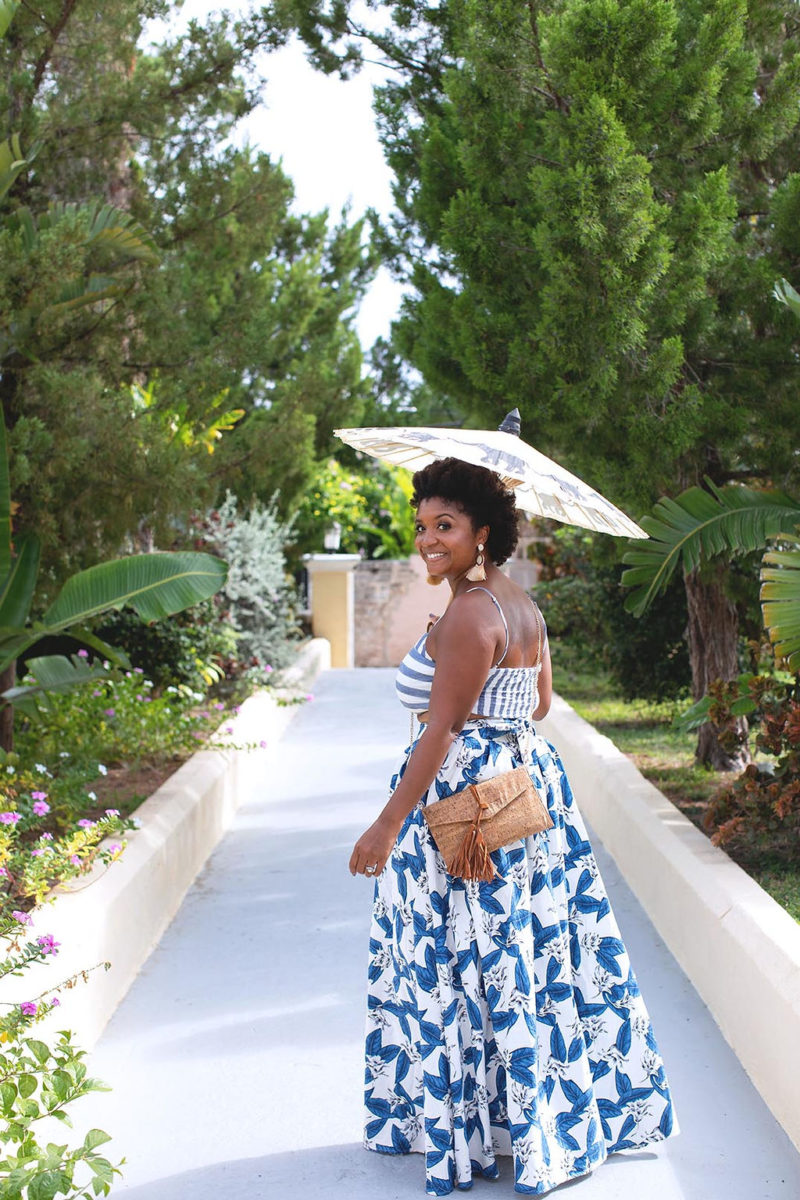 While the capital city of Hamilton may feel like the island’s epicenter, St. George’s should not be missed. “St. George’s was always considered the stepchild of Hamilton,” says Kristin White, an independent tour guide and entrepreneur. Even though St. George’s is nearly postcard-perfect with its colorful, old European-influenced architecture, White claims that for a long time it was “nothing unique, nothing exciting.” This was partially due to the influence of a frequent flood of passengers disembarking from commercial cruise ships.

But in 2012, when the cruise ships moved to the Royal Navy Dockyard several miles away, St. George’s took a turn. “So many of the businesses closed down that landlords had no choice but to lower rent,” says White, “but this opened up spaces for young entrepreneurs.”

White herself was a part of this movement. Having relocated to St. George’s during its initial recession, she bought a beloved local bookstore that was on the verge of closing up shop. White rebranded the store, now called Long Story Short, to fit her own personal style. It now features a book collection that focuses on literature by women of color as well as LGBTQ authors. She sells local art, food, and housewares. Her neighborhood tours begin at the store as well—White leads bicycle tours and food-focused walking tours as well as a Haunted History Tour, a hybrid street performance and walking tour.

“There’s so much about Bermudian history that is deeply connected to British and American history as well as the African Diaspora,” says White, noting the rich history of Tucker House, where her store is located, which is part of the African Diaspora Heritage Trail. The story goes that an enslaved man named Joseph Rainey fled the U.S. during the Civil War and operated a barbershop out of the Tucker House kitchen— he later moved back to the States and became the country’s first black congressman.

“My business card says I’m a storyteller,” says White, “because I’m not a historian or academic, but I am able to translate the history of Bermuda in a way that gets people excited.”