Some of the inventory at More Than Wine, a shop inside Lisbon's LXFactory where you can purchase Vinho Verde, sardines, and other Portuguese specialties.
SnapshotAlly BetkerFilipe Lucas Frazão

Vinho Verde entered my wine vernacular last summer, as a less-sweet but equally refreshing alternative to rosé. Beyond what my grade- school Spanish could decipher, I didn’t know much about the slightly sparkling beverage, so during a trip to Portugal, I knew I wanted to investigate further.

Literally meaning “green wine” but translated as “young wine,” Vinho Verde is commonly misunderstood as a young grape varietal. In actuality, it’s from the Vinho Verde region of northern Portugal, which was demarcated in 1908 and recognized as a Denominação de Origem Controlada in 1984. Like Champagne from France, only wine produced within Vinho Verde can be labeled as such. However, the “young wine” definition also has another meaning: The wine is usually consumed in the same year that it’s bottled, or shortly thereafter.

Paulo Antunes owns More Than Wine, a wine and food store inside Portugal’s LXFactory, and also works for a wine distributor; he’s beginning to notice the rest of the world take note of Portuguese wines, including Vinho Verde. “One of the things about Portugal is that it’s a small country with completely different landscapes and areas—you’d normally need a bigger country to see all of that,” he says. “So we have mountains with snow, a long coast with lots of beaches and places to surf, and areas that are extremely green.” And each terrain results in different wine: Port wine from the Douro Valley, sparkling wines from Terras de Cister, and Indi blends (indigenous grapes mixed with international ones) from Tejo. 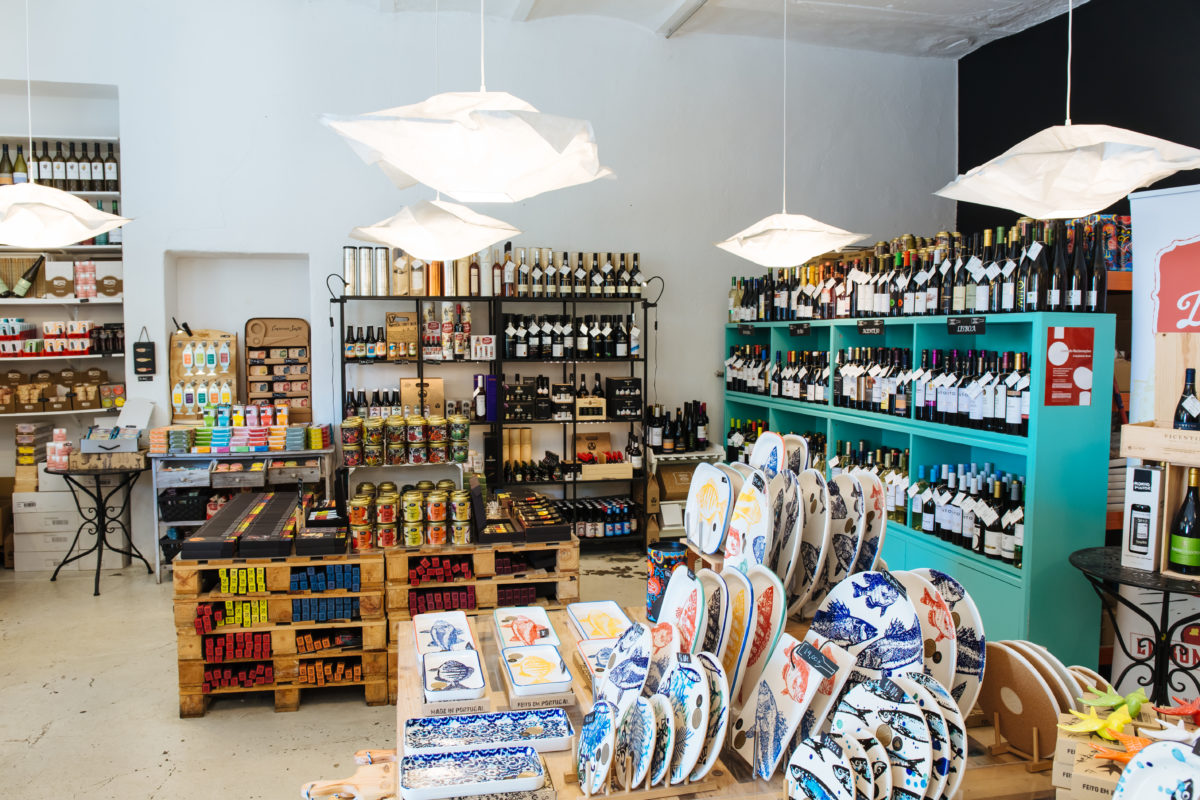 Inside More Than Wine, a speciality shop in Lisbon. 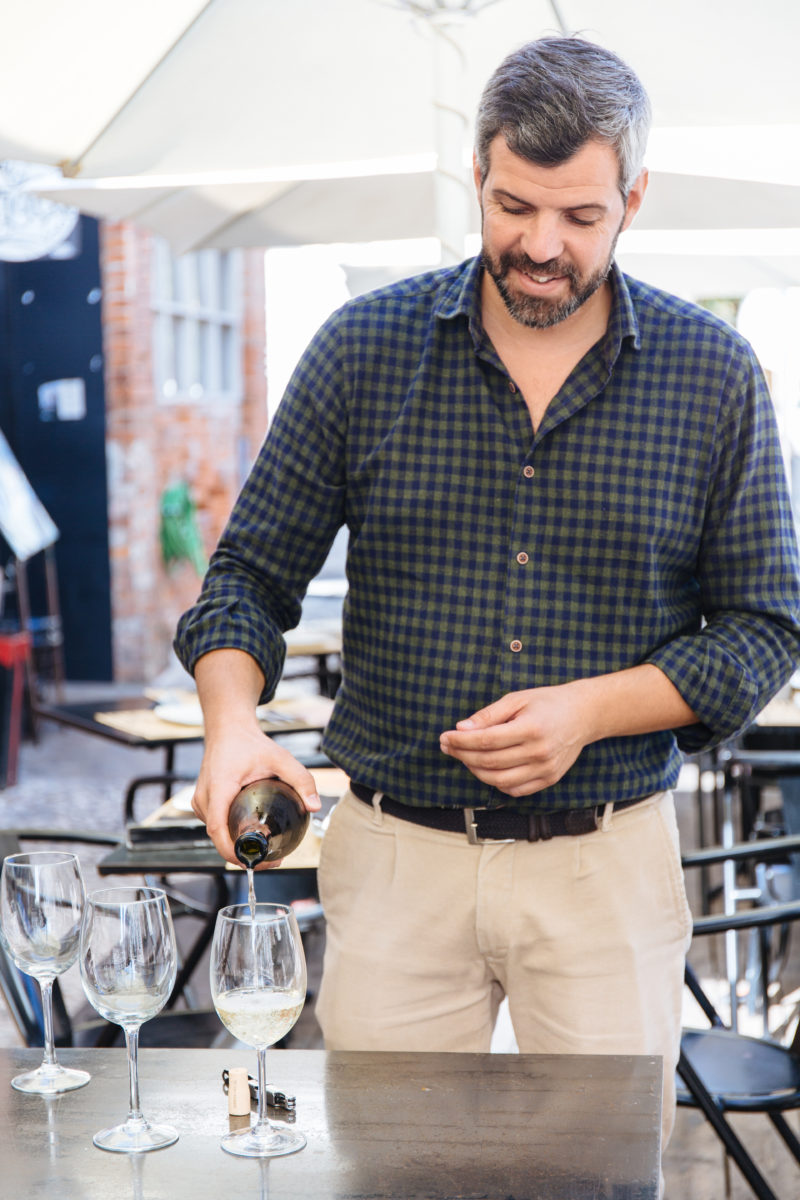 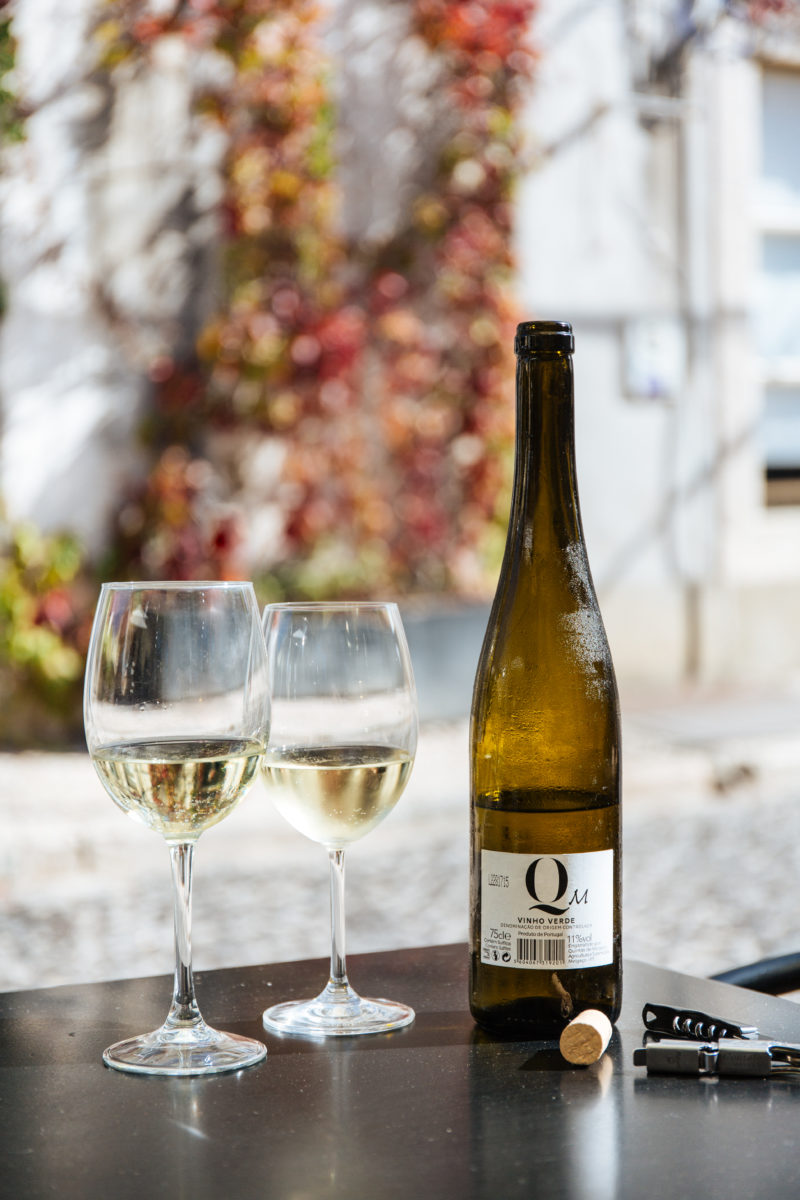 Vinho Verde, the perfect answer to a hot day in Lisbon.

Wines produced in Portugal are almost always cheaper than their counterparts in France or Spain, making them especially appealing— almost half the wine produced in Portugal is now exported. A few big players handle international exports: There are 19,000 small producers working in the Vinho Verde region, and they sell their grapes to a handful of distributors. But Vinho Verde is a favorite among locals as well as the wine-savvy in the US—bottles of Muralhas de Monção are as common as Bud Light cans stateside. The Portuguese especially enjoy it served alongside seafood in summertime.

“You don’t need a reason to drink Vinho Verde,” says Antunes. “It’s not mandatory to have food, it’s something light that you like to drink. The same way you drink beer, you can drink Vinho Verde.”