Beekeeping is a 10,000 year old tradition, evident from ancient cave paintings. Today, the team behind GRABees in Rome is looking to make the city a little sweeter.
SnapshotErica FirpoErica Firpo

In Rome, Italy, volunteer beekeeping collective GRABees is hard at work rescuing the city’s native bee population, and delivering the taste of Rome (in honey form) in the process.

There is nothing like a walk around Rome’s Aurelian Walls, a 19-kilometer circuit of ancient brickwork that perimeters the city’s historic center. The 2,000-year-old structure is unkept and deteriorating slightly, but is home to beautiful micro-environments of flora and fauna.

Every day, Roberto Corradini, a physicist by trade, walks over to a shaded area near Porta Metronia to check on the bees. Corradini is one of a handful of volunteers from GRABees, a group of Roman citizens who, over the years, have been cultivating the Eternal City’s bee hives in the shade of history. 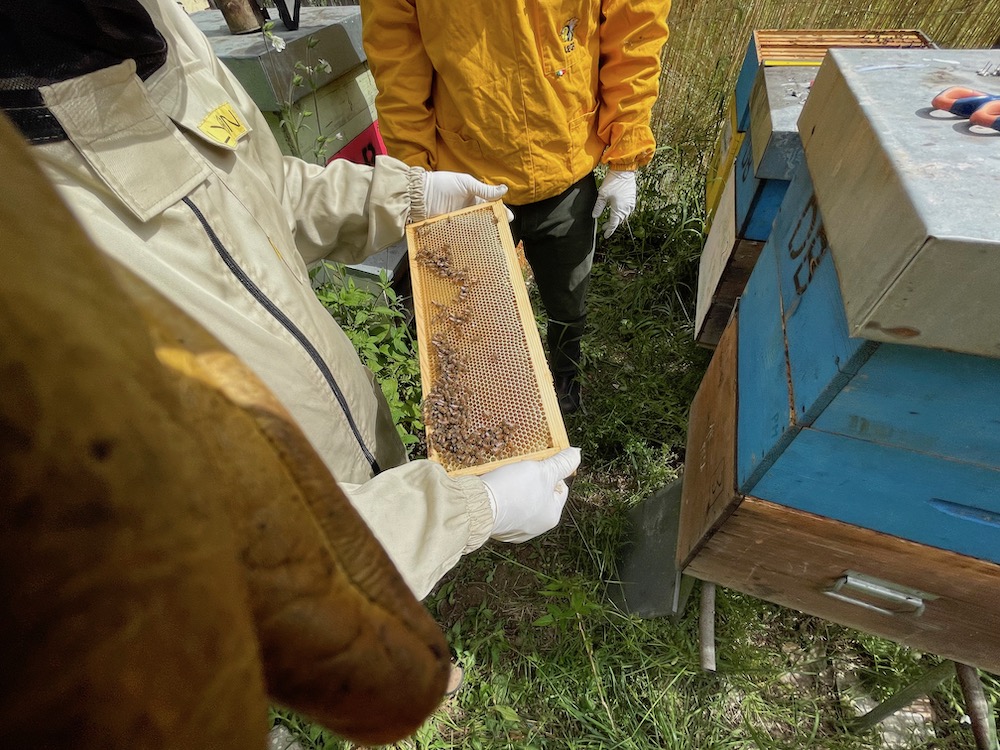 Roberto Corradini is one of a handful of volunteers from GRABees, a group hoping to revitalize Rome's bee population. 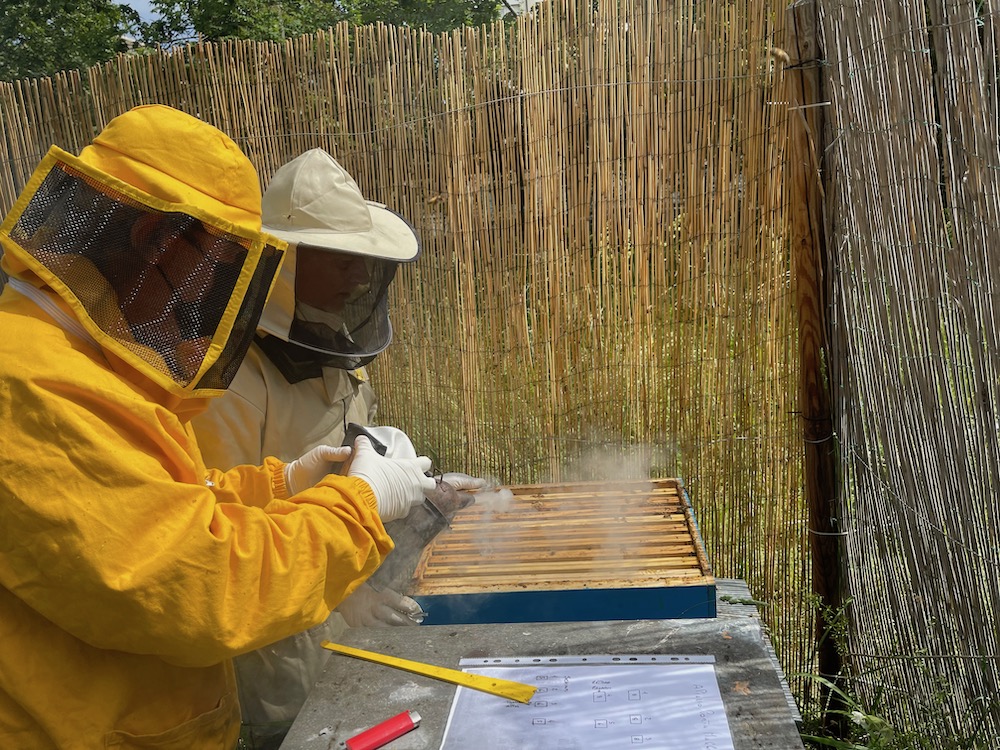 "Smoking" bees is an essential part of the beekeeping process. Smoke has a calming effect on bees so that beekeepers can properly handle the hive.

Urban beekeeping is nothing new to major cities. Paris, New York, London, and other cities around the world have been doing it for decades.  Rome was a little behind the times until 2016, when a grassroots neighborhood clean up initiative known as Mura Latine, of which Corradini is secretary, stumbled across an article about Oslo’s bee highway.

“We thought, we could do this in Rome,” says Corradini.  Mura Latine had already set up cleaning and tree replanting projects in different areas within the ancient walls, and fostering bee communities felt like a logical next step. The committee launched GRABees, a play on Rome’s GRA (Grande Raccordo Annulare), the ring road highway that surrounds the city, as they want to create a “ring road” for bees.

Part bee encouragement, part swarm rescue mission, the committee set out to attract, foster, and protect the city’s native bee communities by creating strategically placed beehives to make it possible for bees to find resting places and food. Eventually, city services has also come to rely on GRABees for swarm relocation and rehabilitation—handing over rescued swarms (originally designated for destruction) for GRABees to integrate into a local bee family, a process that can take a year. Today, GRABees has apiaries in Ancient Rome’s most historic locations: the Colosseum, the 8th century BC Romulean huts on the Palatine Hill, the Antonine aqueduct, and a corner of the Aurelian Walls.

Everything You Need to Know Before Visiting Rome, Italy → 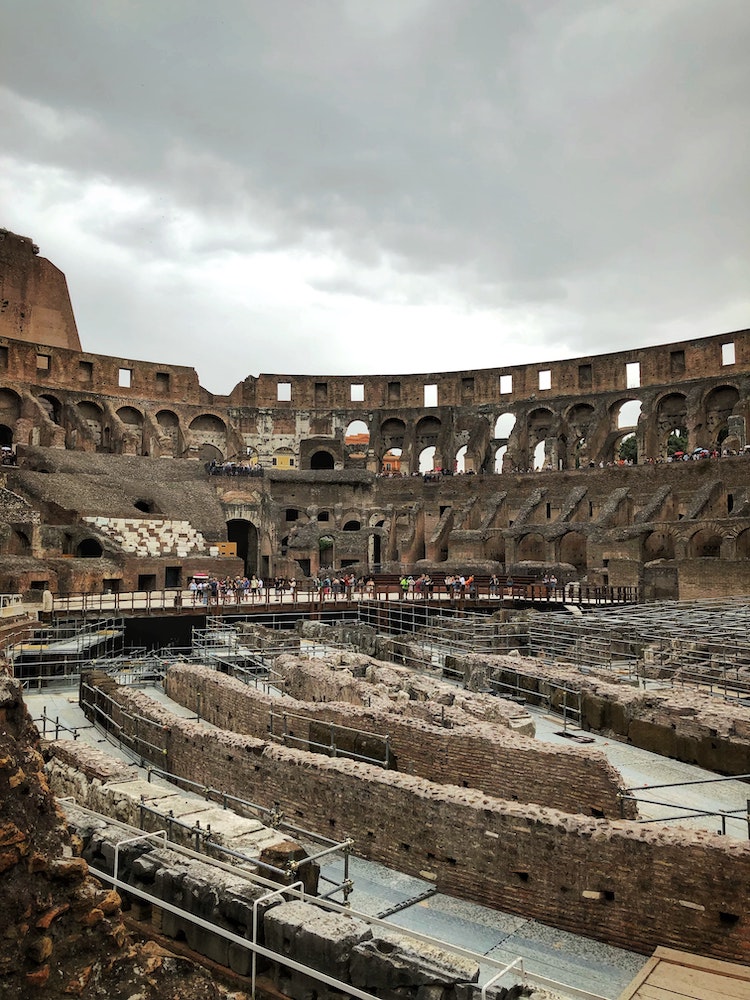 GRABees hives are located across Rome's most important historical sites, including the Colosseum. Photo by Victor Malyushev. 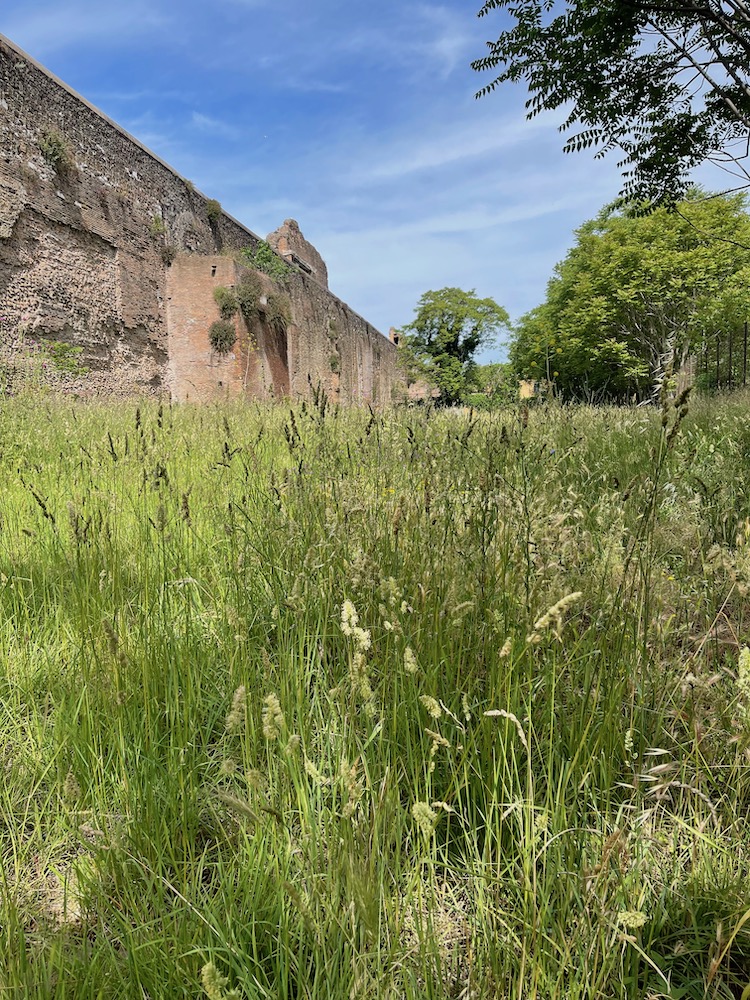 Along Rome's Aurelian Walls are a plethora of flora and fauna; these lush micro-environments are the perfect conditions for beekeeping.

Walking into GRAbees’ hive area at the Aurelian Walls, the sounds of the contemporary city practically disappear and are replaced by the meditative buzz of 40,000 bees and a subtle yet heady scent of honey. In the center of the fenced-in area are around ten broodboxes, several labeled with the names of donors who support the volunteer project. (Rome-based donors, like myself, “adopt” a beehive and in return are given Pooh-worth jars of wildflower honey.)

Under the tutelage of urban beekeeper and apiculturist Davide Bertelli, Corradini has been studying bees for the better half of a decade and shares this knowledge with a small group of volunteers. Here and in GRABees’ three other locations, the volunteers monitor hive culture, honey quality, and pollution in collaboration with Istituto Zooprofilattico, a regional Italian institute studying bee culture. 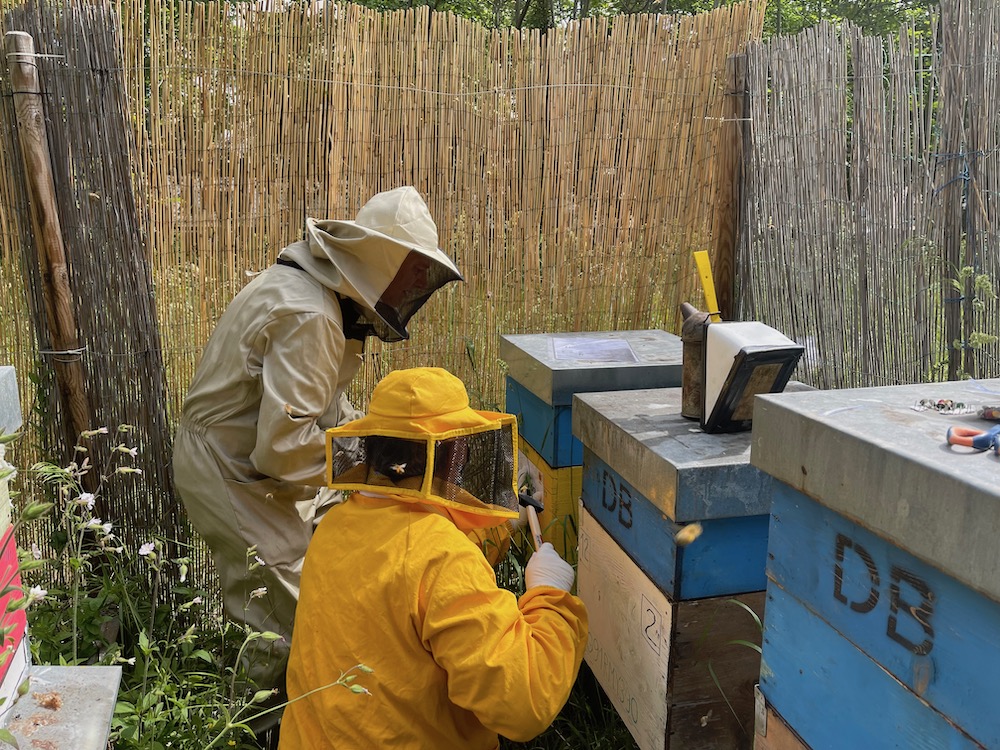 “We thought, we could do this in Rome,” Corradini said, after being inspired by bee-friendly infrastructure in Oslo, Norway.

Approximately 160 kilos of honey per year are harvested from the four locations, each with a 40,000 bee community. “Miele di Millefiori è il sapore di Roma,” Corradini tells me, meaning “Wild flower honey is the flavor of Rome.” Hundreds of thousands of different types of flowers blossom across the city which is why GRABees honey is millefiori (literally translating to “thousands of flowers”).

This is not farmed honey where both bees and flowers are cultivated and harvested into production. Instead, this is free-range honey which means wild bees are collecting pollen and nectar from the wild flowers in the city. There is no single dominant flower in the honey, though 9 percent of the honey from the Aureliane Walls is derived from caper blossom—interesting to note, as capers are a floral pet peeve of archaeologists who feel they corrupt the brick work and are constantly fighting to remove them. (It wouldn’t be Rome without a little conflict!)

Additionally, there is no pesticide use in the city, and according to annual studies by Istituto Zooprofilattico, there is only about 0.02 percent of metals present in the honey, indicating very low atmospheric pollution. (Almost making you forget Rome’s notoriously crazy traffic and congestion as you add a spoonful of honey to bread and ricotta!)

Still, GRABees is not just about honey production, it’s about fostering a bee family—wild bees as well as rescued hives—where they are free to enjoy Rome’s wild flowers collecting nectar and pollen from neighborhoods across the city. The happy byproduct is literally the taste of Rome.“This is not a cultivation, the bee is free and can leave at will,” says Corradini. “My role is solely to create the right equilibrium to help keep the bees happy.”