Why United Places in Melbourne Is a Hotel Worth Traveling For

United Places Botanic Gardens, a hotel in Melbourne, Australia, delightfully demonstrates the many sides of Oz.

“It’ll be just like the U.S., but upside down,” my colleague and I naively said to each other before our trip to Melbourne. Two English-speaking countries, two ex–British colonies—how different could it be? We knew some things would be foreign, like how over there we’d be mates and not just friends, or how our shrimps would be thrown on the barbie and not the barbecue. In the States, Aussie stereotypes abound: They’re sociable, fun-loving, a little rambunctious. At the very least, we thought it’d be easy to make friends. To our complete surprise, what awaited us upon arrival was full-on culture shock.

I arrived before my colleague and checked into United Places Botanic Gardens in South Yarra. I attempted to shake off the jet lag with a jog around the Tan Track, a two-mile loop around the park across the street, before walking to the city’s Central Business District. The wait at Tipo 00, a tiny Italian restaurant in one of the neighborhood’s laneways, was 45 minutes—even for one and even at 5:30 p.m. I passed the time at nearby Fancy Free (a pop-up cocktail bar) with a Jigsaw Highball in hand, made from Tanqueray, strawberry, and a flower called nasturtium. I had never heard of that last one, but it was delicious.

“What awaited us upon arrival was full-on culture shock.“

Back at Tipo 00, my sense of foreignness heightened. I joined a legion of other single folk at the bar. We enjoyed our saffron spaghettini with crab in silence, but no one made eye contact. The bartender mostly left me alone. It was clear that people were trying to respect one another’s space, but it felt a little stilted.

My colleague arrived, and we spent the next few days running around interviewing people involved in social enterprises that support asylum seekers and refugees. We toured the Queen Victoria Market, had brunch at Higher Ground, and ate dinner at Gerald’s Bar (order the ribs!). Along the way, certain small things didn’t click, like the times we said “all set” to indicate that we were done with a meal, or when we attempted to order a “regular coffee” (for that you need to say “long black”—what they call an Americano). Connecting with the local crowd was harder than we’d anticipated. 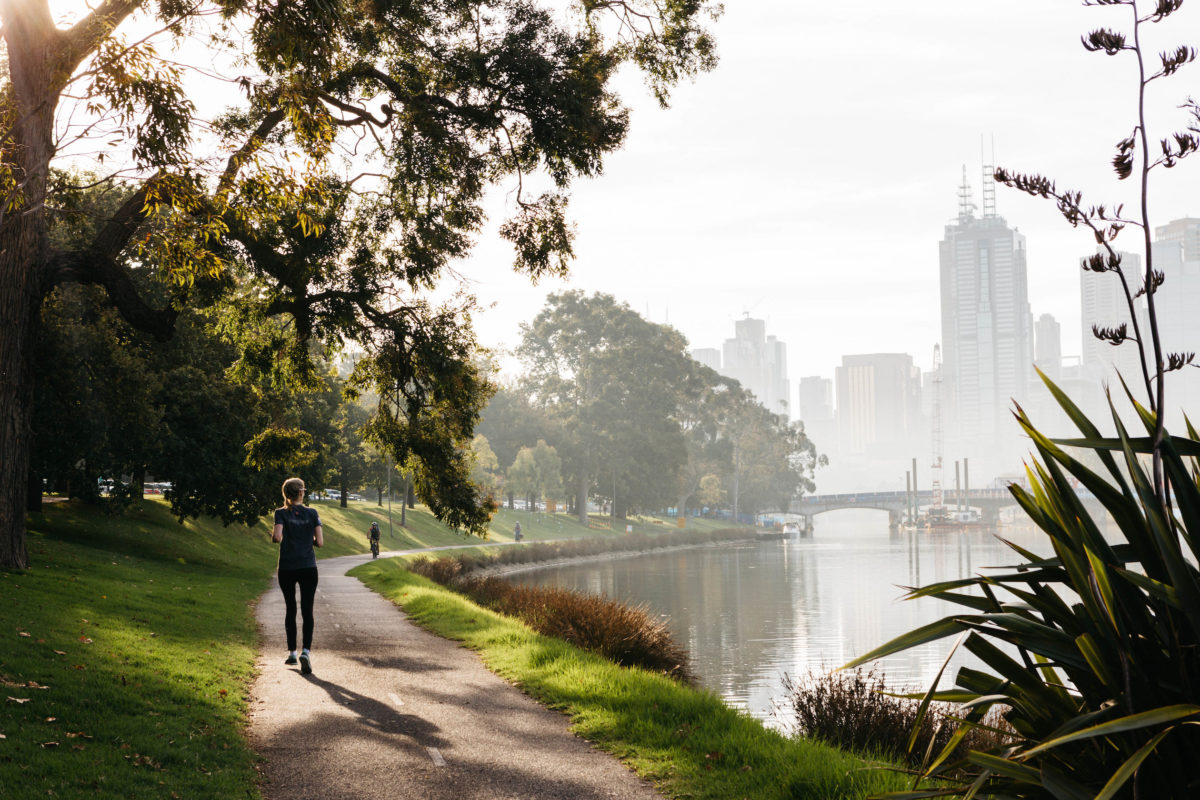 Just across the street from United Places, take in stunning sights of the city at The Tan.

But Melburnians aren’t mean or cold or uninterested. (Except for one drunk guy at The Standard Hotel, a pub in Fitzroy, who told us, “If I seem rude, I’m just Australian.”) They’re just (shocker) not the Australian caricature that Americans have been fed. Though the people we met took a minute to open up, once they did, they offered a wealth of information, warmth, and depth. What you see is not necessarily what you get.

The same is true at United Places, where the entrance blends in like any other storefront in the neighborhood. But behind the concrete facade, guests are greeted with a sleek corridor and no reception desk in sight. The space hardly feels like a hotel, but the 12 suites, split between three floors, offer their “own personality and dichotomy,” says Chris McCue, Director of Architecture at Carr, the design firm that was commissioned to plan the hotel’s interiors and exteriors. “It’s all very Melbourne.” 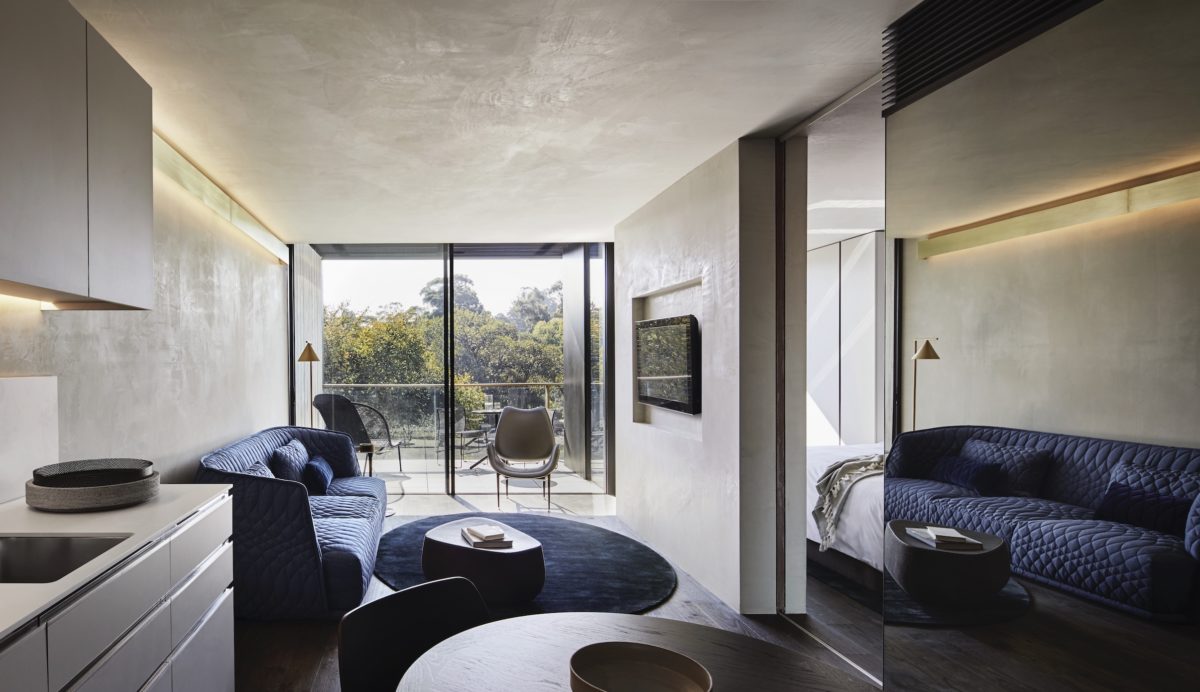 Inside the Garden Penthouse suite. 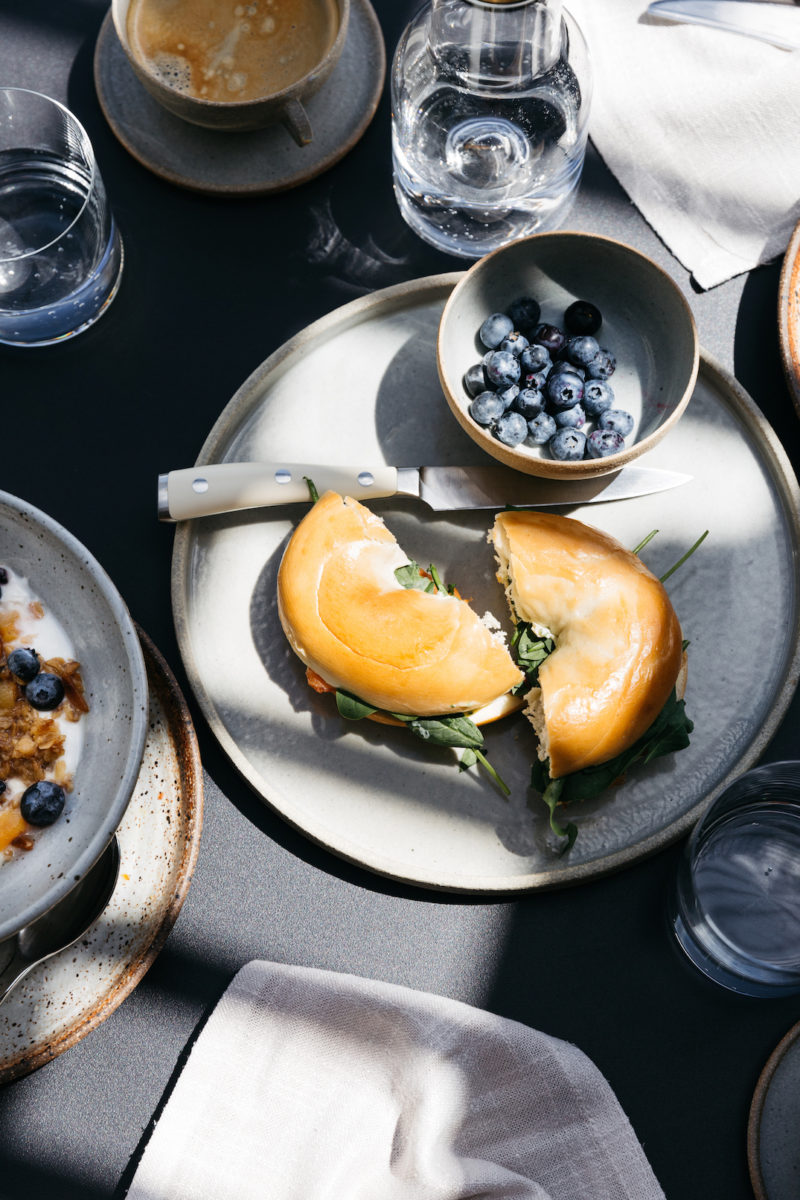 Instead of braving an over-crowded breakfast hall at 6:00 a.m., guests at United Places—a
“home hotel”—fill out breakfast cards the night before. Green juices, egg dishes,
bagels, baked goods, and other delights are delivered the following morning. Photo by Emily Weaving. 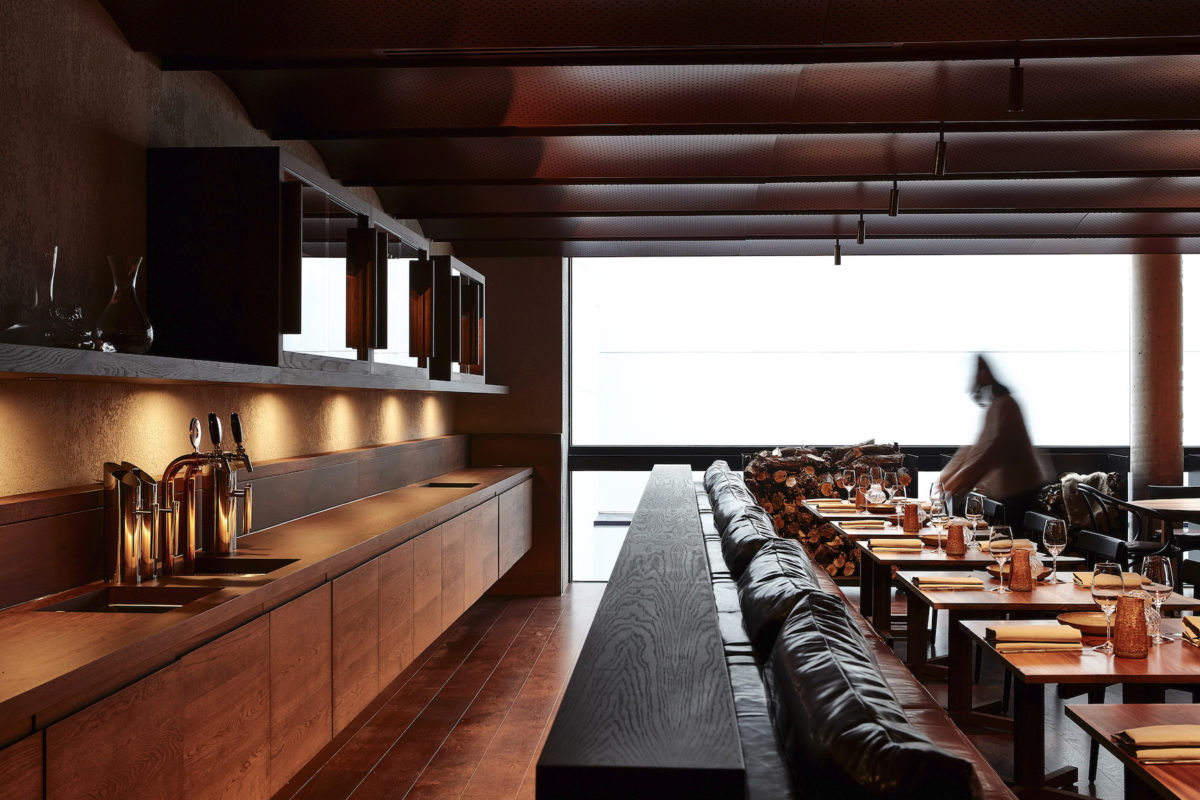 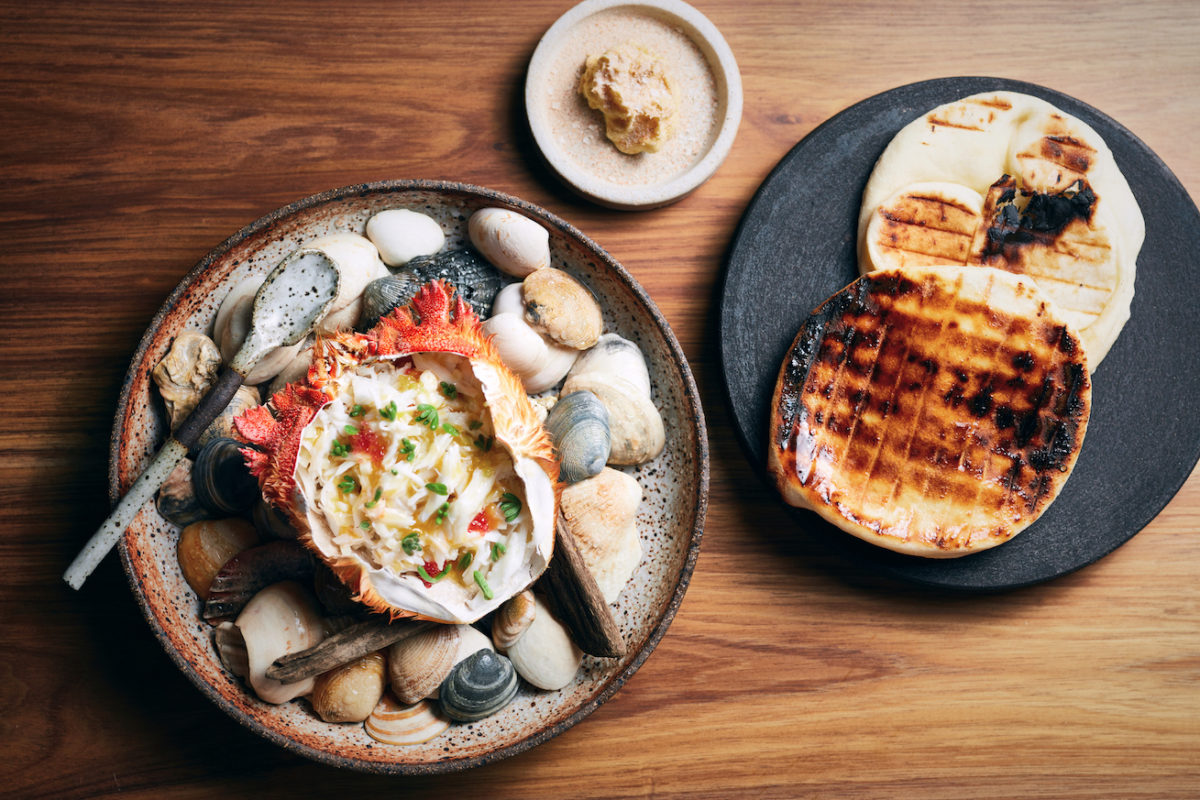 Within the hotel, there are the rooms categorized as the “extroverts” (the garden suites and penthouses), which overlook the Royal Botanic Gardens and connect with the outside world; and there are the “introverts” (the urban suites and penthouses), with views of the neighborhood’s historic homes and industrial apartments to the south. All of the modular suites are rich in texture, with velvet sofas, concrete walls, and hardwood floors. (They’re rich in luxuries, too, with Le Labo products and Sullivans Cove Whiskey in the minibar.)  The ground-floor restaurant, Matilda, specializes in open-flame cooking—wood-roasted kohlrabi, smoked potato gnocchi—and is named after head chef Scott Pickett’s daughter.

At United Places, and in Melbourne, what you see is definitely not what you get; but there are always more sides to the story.