If you’re headed to China, your checklist is likely pretty clear: the Great Wall, Terracotta Warriors, giant pandas. You might even have Zhangjiajie’s towering sandstone pillars that inspired Avatar or Yangshou’s dramatic karst mountains on the list.

While we’re not saying you should skip China’s greatest hits, there’s a whole lot more to this vast country. If you’re looking for an itinerary a little out of the norm, don’t skip these six underrated destinations that aren’t the obvious choice to most. 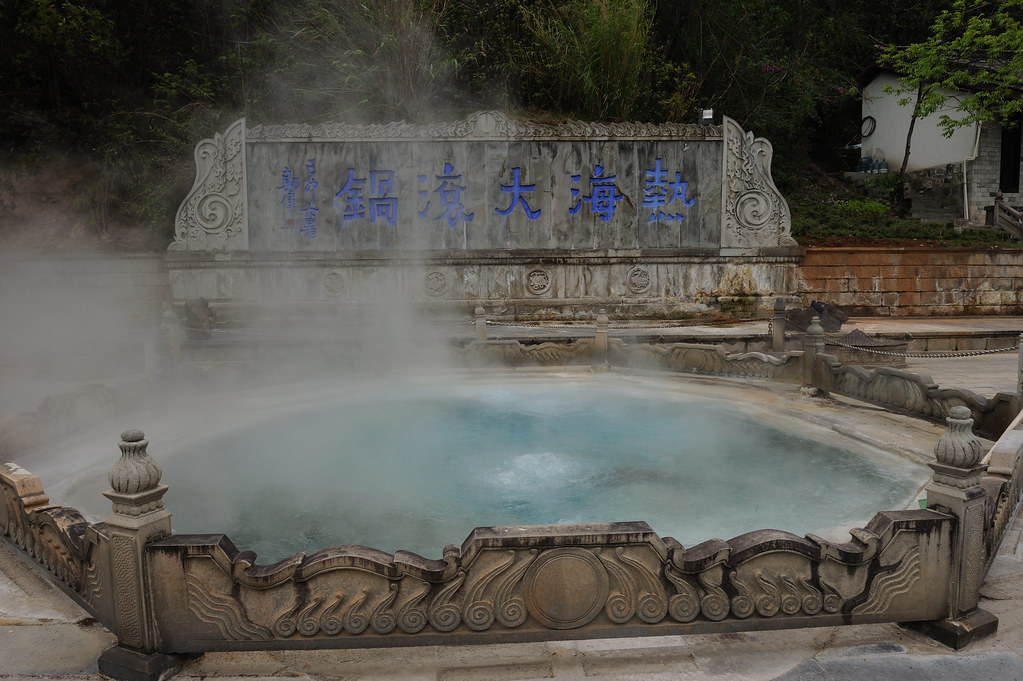 One of China’s most beautiful and diverse provinces, Yunnan sits in the country’s tropical southwest corner. While Kunming, Dali, and Lijiang have long been favorite Yunnan destinations, little-known Tengchong shouldn’t be overlooked. Surrounded by ancient volcanoes and hot springs, this city near the Myanmar border was once an important post on the ancient Tea Horse Road (also known as the Southern Silk Road). Don’t miss a visit to 600-year-old Heshun village, which has one of the country’s oldest rural libraries and impressive private residences, or Gaoligongshan National Nature Reserve, a stunning protected area known for its incredibly rich biodiversity where you can hike along the old Southern Silk Road. 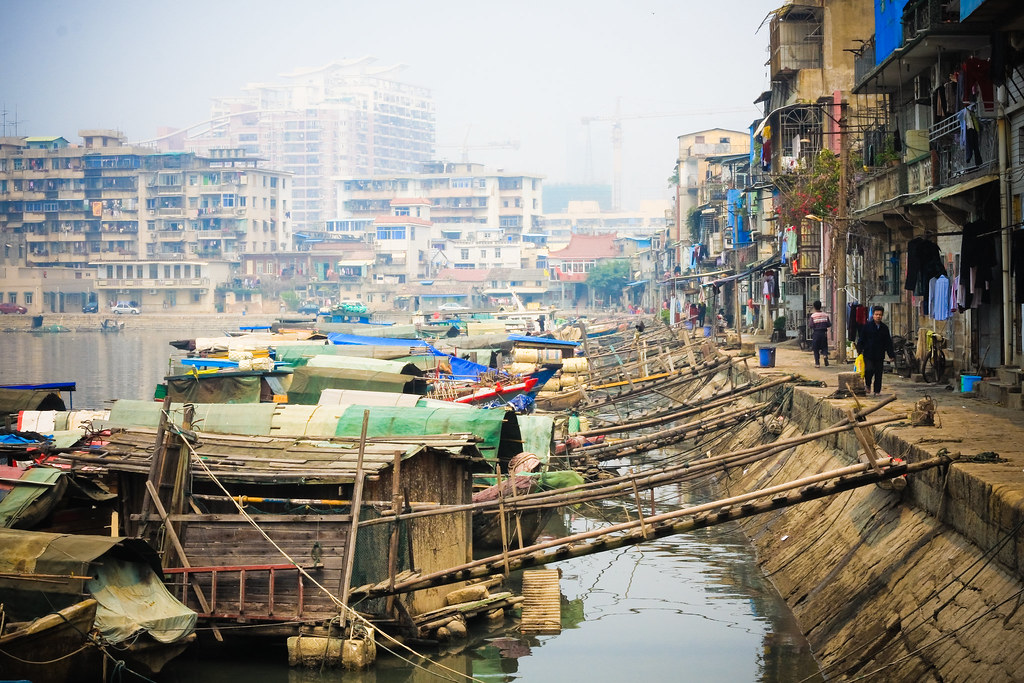 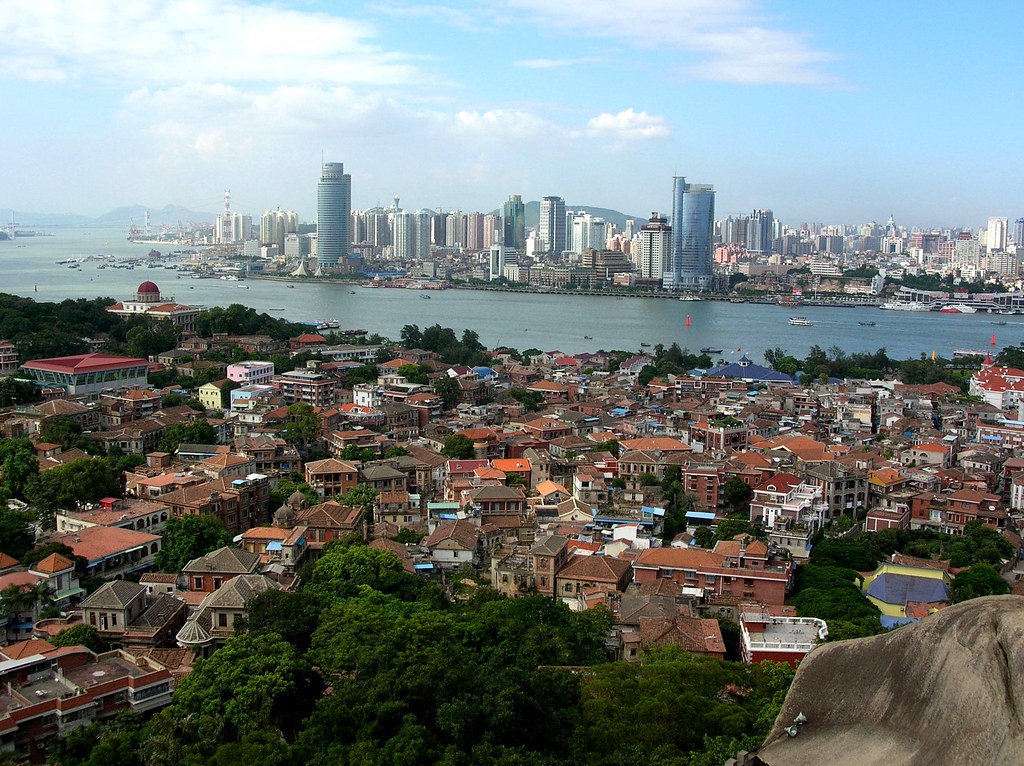 View of Xiamen as seen from Gulangyu Island. Photo by Sara Yeomans.

Set on the southeastern coast, this chilled-out port city has blossomed into a hip, up-and-coming destination for both local and international travelers. It’s an evolution evidenced in part by interesting luxury and boutique hotels (like The PuShang Hotel and Spa) springing up, where you can relax before wandering through Shapowei Art Zone, a former refrigeration plant filled with galleries, shops, restaurants, and even a skate park, or cycling along Xiamen’s aerial bike path, which at 4.7 miles is the world’s longest. A five-minute ferry ride from the city is pedestrian-only Gulangyu island, a UNESCO World Heritage site whose European mansions recall the area’s colonial past. The coastal city is also the best jumping-off point to visit the spectacular traditional tulou (“earthen building”) homes of the Hakka people in Yongding County and Nanjing County. 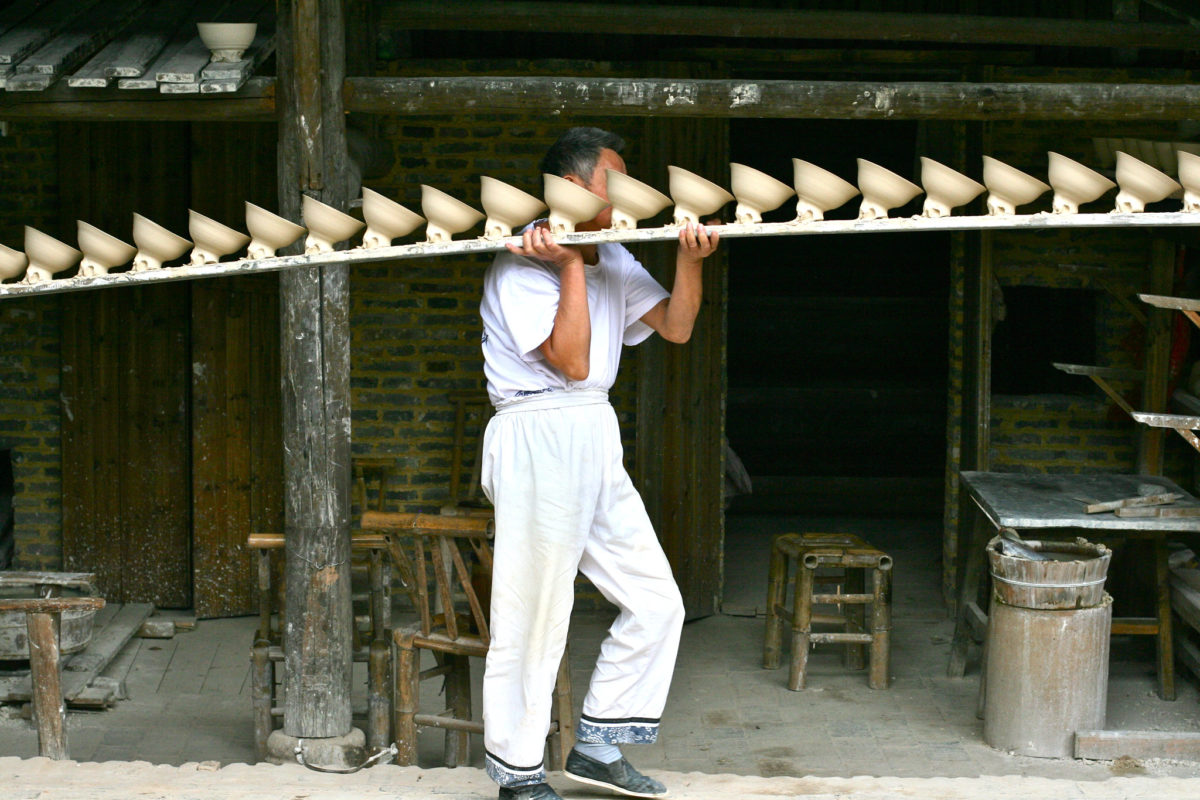 A porcelain maker in Jingdezhen. Photo by François Phillipp. 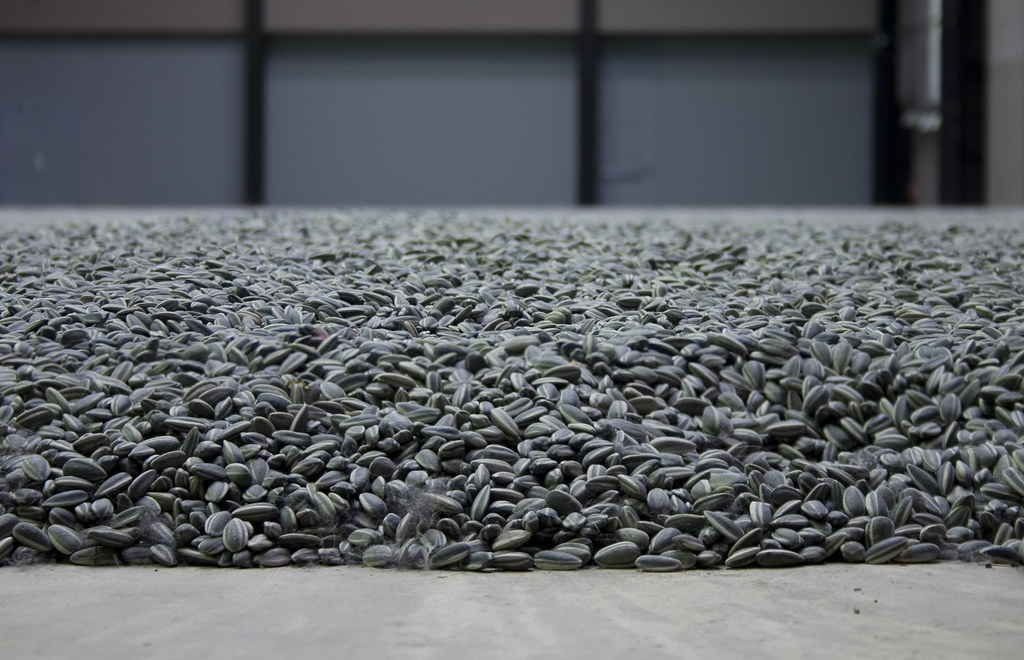 This Chinese city with 2,000 years of history is experiencing a renaissance. Known as the Porcelain Capital, Jingdezhen workshops and artisans turned out sought-after ceramics for centuries until it was disrupted by the country’s 20th-century turmoil. The current revival is attributed to established and aspiring artisans from across the country and globe flocking to Jingdezhen to set up studios and participate in residencies. Visit the expansive, newly renovated Ceramics Museum or browse the works of local artists at The Pottery Workshop Creative Market on Saturday mornings. 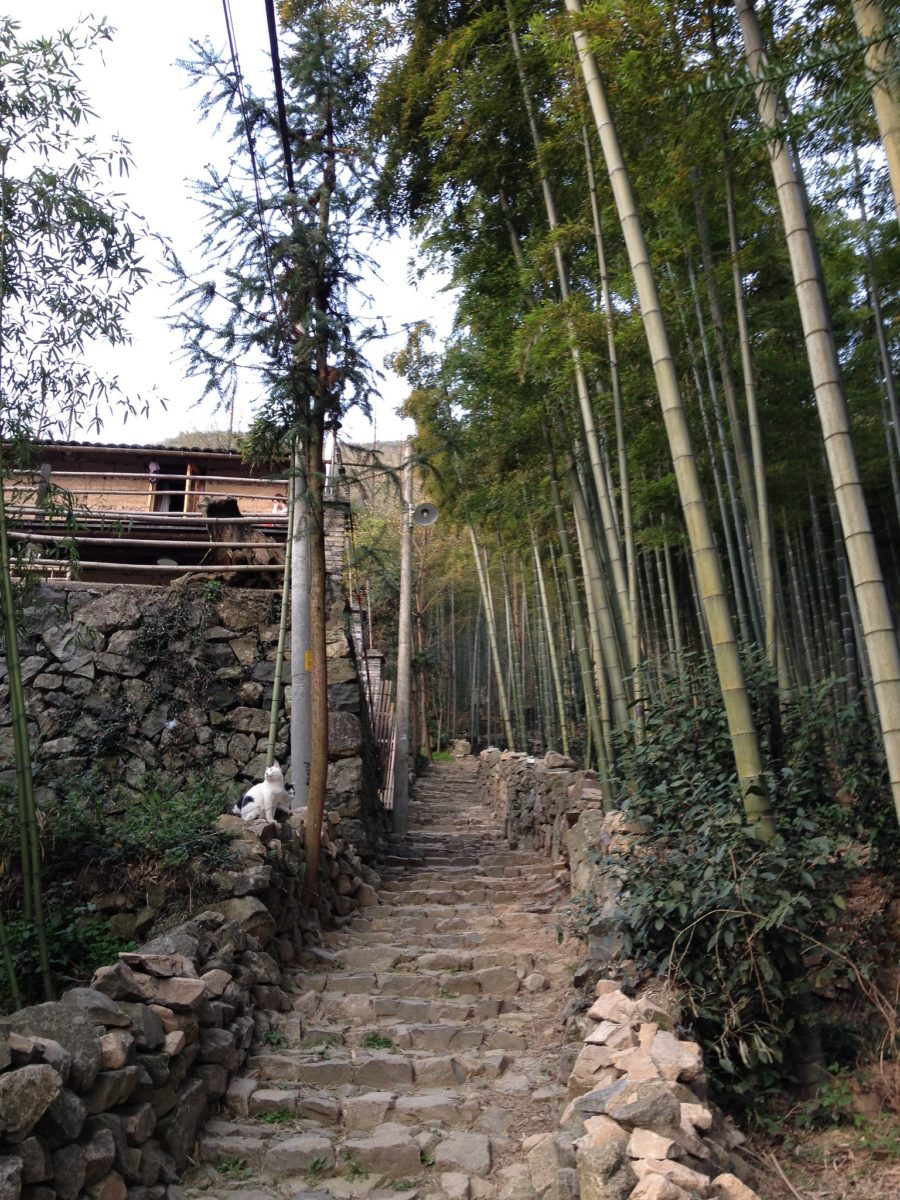 Three hours from Shanghai, you’ll find a lush landscape of bamboo forests and tea plantations. Moganshan first became the getaway destination of choice for wealthy Shanghai urban dwellers in the 1800s, when everyone from bankers to gangsters sought an escape from the city heat. There are well-known retreats, like eco-conscious Naked Stables or French-country-home-style Le Passage Mohkan Shan, but many even smaller boutique properties (Renli Dieyun Holiday Hotel, Mount Mogan Chic Hostel, ANAP Resort Hotel Mount Mogan) have sprung up in recent years. Spend your days hiking through the beautiful scenery (nearby Anji county is home to the giant bamboo forest shot in Crouching Tiger, Hidden Dragon) or simply unwinding. 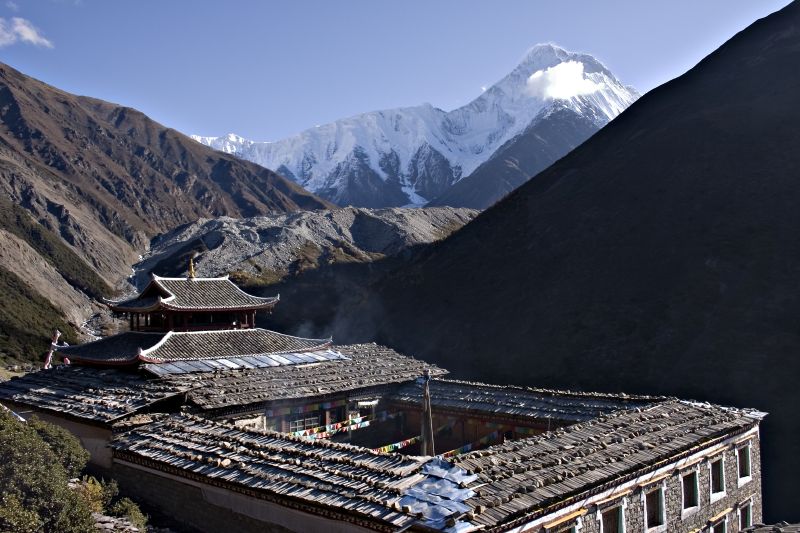 Vast grasslands, soaring mountains—and all of the yaks. Ganzi Tibetan Autonomous Prefecture in western Sichuan Province is stunning. You’ll fly into the world’s third highest airport (at 14,000 feet, the altitude is no joke here) in the prefecture’s capital Kangding, though it likely won’t be where you’ll want to spend most of your time. Get out to hike or horse trek through the sprawling grasslands of Tagong or trek to the nearly 800-year-old Minya Konka Monastery nestled into the side of the province’s highest peak, Mount Gongga. 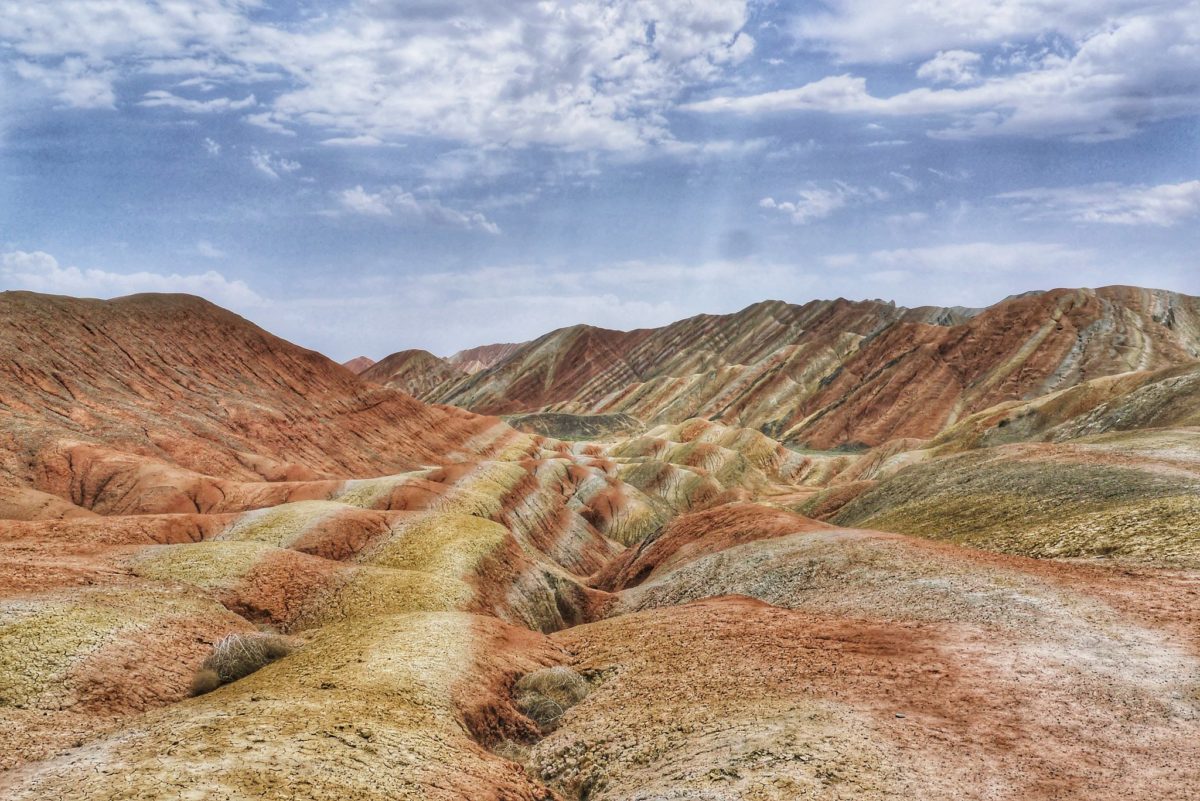 From the sand dunes in Dunhuang to terraced fields in Dingxi, Gansu’s varied landscape is jaw-dropping. Possibly the most unreal sight is Zhangye National Geopark’s rainbow-colored rock formations. About half an hour’s car ride outside of Zhangye, you’ll find a vivid kaleidoscope of colors where Danxia landforms have been shaped over the course of 24 million years. Stay at Kaoshan Tent for comfortable glamping-style yurts next to the park entrance. Catch the scenery at its most brilliant as the sun rises and sets, or just after the rain falls.