Here Magazine chose the twelve destinations that should be at the top of everyone’s travel list this year.

If Here Magazine could have one super power, we’d want the ability to bend time and space so that we might explore every worthy nook and cranny this big, big world has to offer. But barring human innovation in the space-time continuum, we’ve settled on twelve incredible cities we believe are worth a deep dive this year.

How did we choose these twelve cities? We have a mix of classic destinations that are reinventing themselves (or through which we’d like to explore in a new light) along with some up-and-coming cities that are well on their way to becoming must-visit destinations. Some of these cities will be in the news this year (hello, Tokyo Summer Olympics), while others may have been overlooked as a top destination for a long time (Dallas, anyone?).

→Sign up for our newsletter to be the first to know when our new city guides launch.

Over the course of 2020, we’ll dive deep into each of these twelve cities, offering cultural reports on issues that impact each community along with guides to help you navigate each place from a local’s perspective—from the classic sites that are actually worth your time to the under-the-radar restaurants, bars, tours, and activities that you wouldn’t find in a typical guidebook.

We’ve gotten started with guides from influential locals in each city as part of our Like a Local series, but stay tuned for more on each place throughout the year. 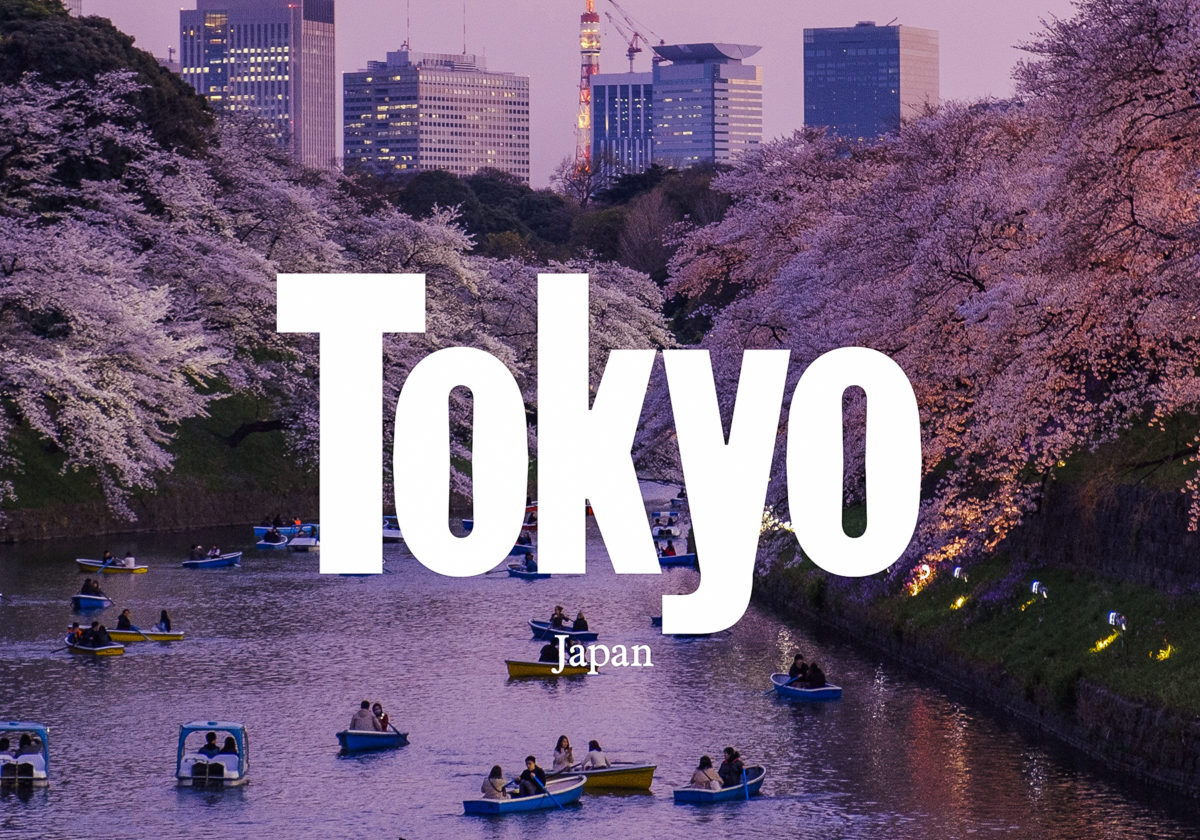 “When we sat down to decide what 12 cities to celebrate in 2020, nearly every Here editor brought Tokyo to the table. This year, the Japanese megacity will host the Summer Olympics for the second time, and as the world’s greatest athletes flock to the capital city, an influx of international tourists is expected to follow. We’re surely not unique in our shared lust for the country’s capital; it seems there’s not a soul on this Earth that doesn’t dream of the rush of bullet trains and tranquility of temples, neon sign-lined narrow streets crowded with shops and stalls, incredible vintage finds bursting from a fashion culture unlike any other, long strolls beneath sakura blossoms in spring, evening dips in a steamy onsen, the harmonious coexistence of past and future—not to mention the food, food, food. Get ready, get set, Nihongo.” —Tiana Attride, Editorial Assistant 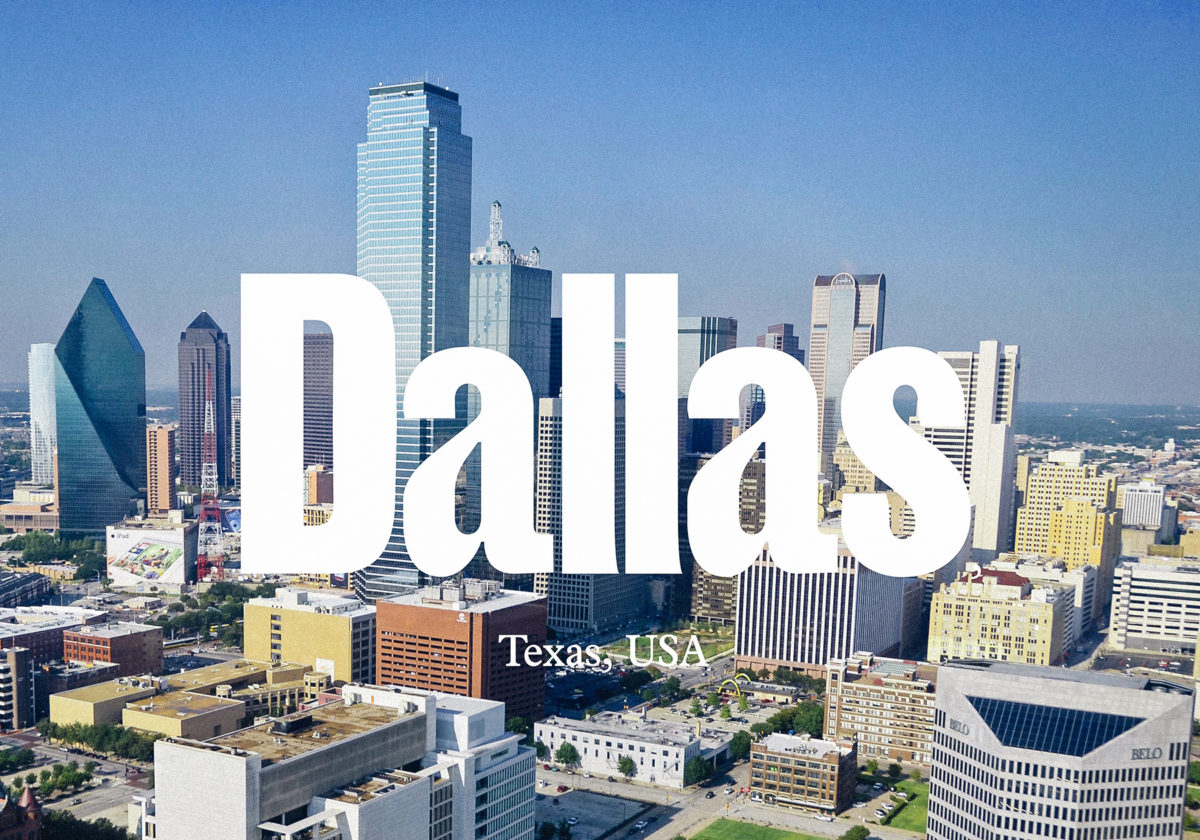 “The Lone Star State’s largest metropolitan area is having a moment. Last year, Bon Appetit named it the Restaurant City of the Year—but not because of the steakhouses and Tex-Mex you’d expect. With unique hotel properties like HALL Arts and Virgin Hotels Dallas opening up, Dallas is poised to draw visitors looking to explore the underlying texture of this distinctly Texan city that boasts a more cosmopolitan vibe than folksy Austin—which makes the abundance of quirky dives an even more delicious find. Dallas neighborhoods like the Bishop Arts District and Deep Ellum offer a community feel full of art, commerce, and dining experiences that celebrate the city’s “Texanness” as much as its diversity, asking visitors to question what it really means to be from Texas, a state with one of the largest personalities and most contested political battlegrounds, in 2020.” —Annie Werner, Managing Editor 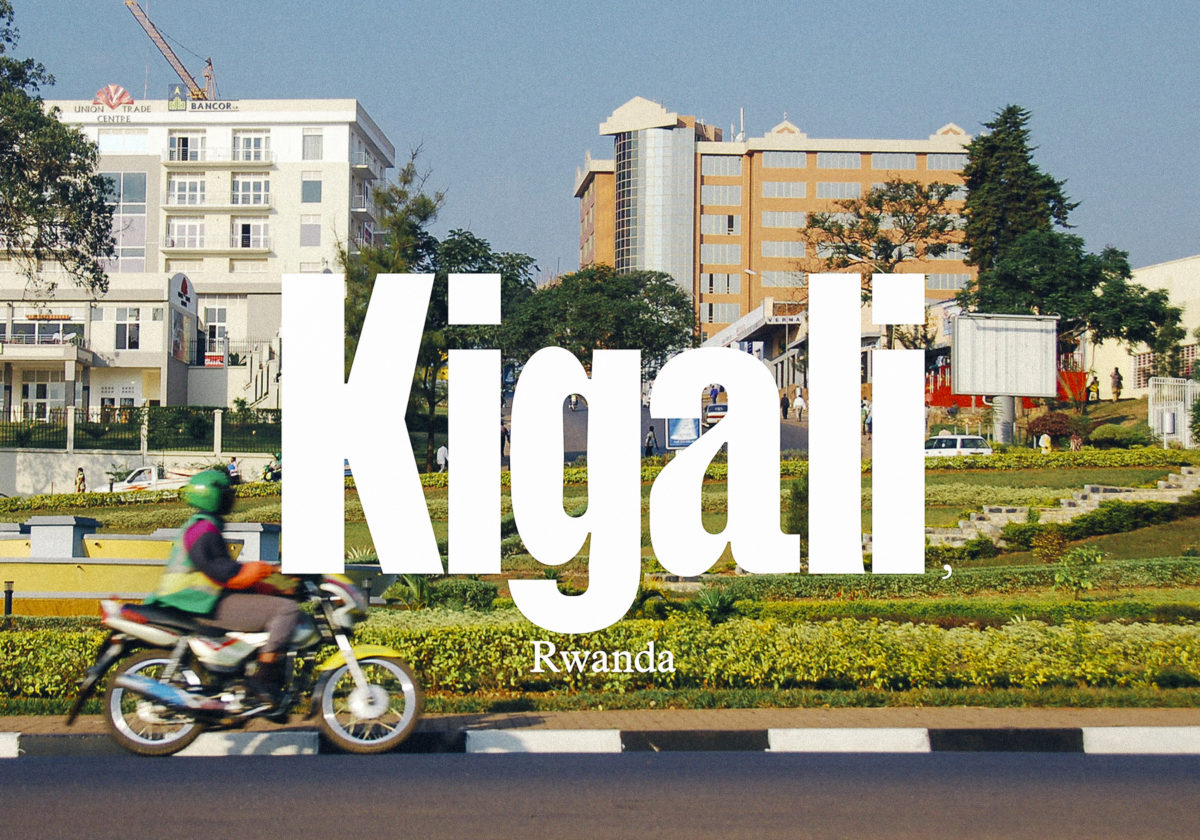 “2020 will belong to Africa. From the ever-growing popularity of cities like Cape Town to movements like Ghana’s “Year of Return” and cultural phenomenons like Afrochella, African countries are ushering in a new age of pride and celebration—and want the world to know it. Personally, we’re setting our sights on Kigali, Rwanda, a city ushering in a new age of its own: One in which hotels in nearby Volcanoes National Park like Virunga Lodge and Singita Kwitonda Lodge work tirelessly to protect their environs; in which artists create spaces that encourage the next generation to cultivate their passions; in which restaurants and nightlife venues bring their all to the scene; and in which, 25 years after the tragic 1994 genocide, a city can remember its past without giving up on the future.” —TA

→An artist shares his an insider guide to Kigali, Rwanda. 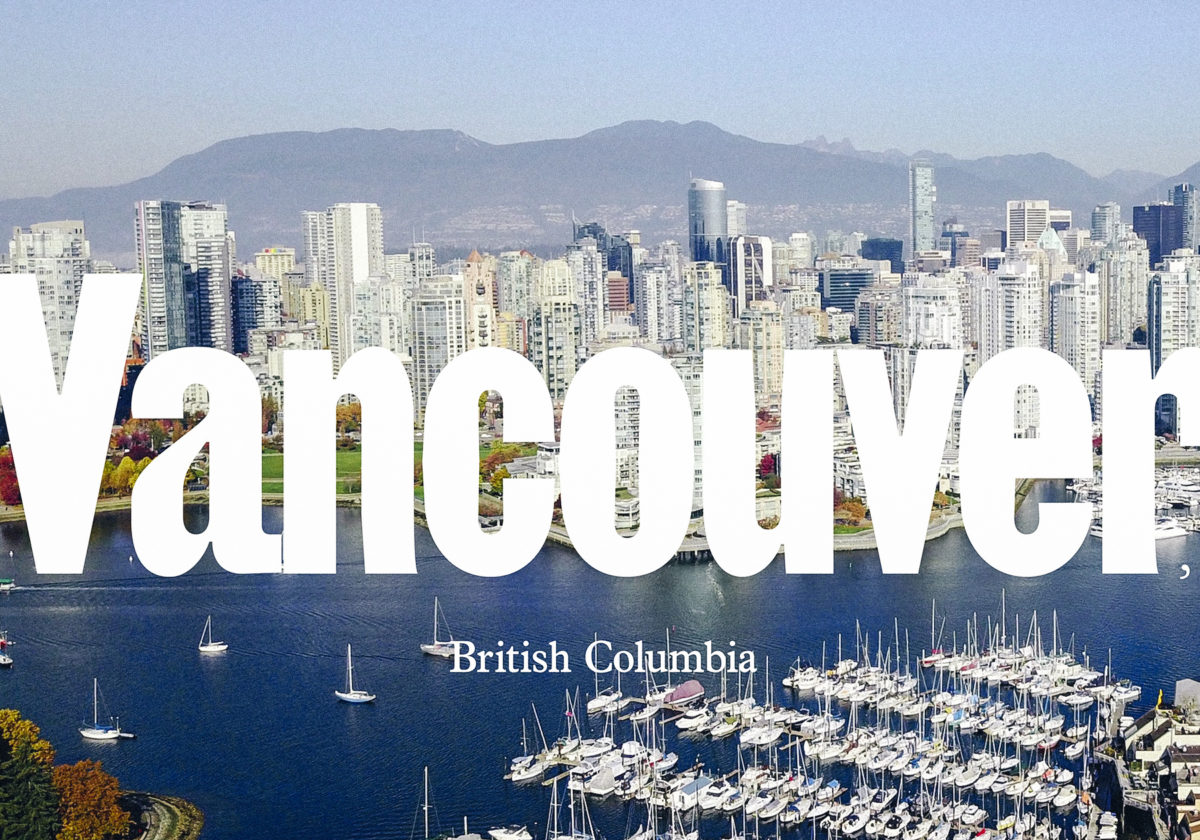 “Vancouver is out here making ‘crunchy’ cool. It’s outdoorsy, laid-back, legally high, and anything but cliche. For every weed dispensary, there’s an incredible restaurant (I’ll forever be chasing the perfect bowl of pho). For every toe shoe, a TV producer (Vancouver is a rising star on the film and television scene). For the last decade, Vancouver has ranked among the world’s most livable cities. Let me count the reasons: Its Chinatown is the largest—and, what the heck, best—in Canada (Vancouver is very ethnically diverse, with over 40% of its population identifying as Asian). The Museum of Anthropology at UBC honors First Nations culture and art. The city is filled with public parks and surrounded by lush Pacific Northwest landscape (mountains, water, rainforest, Evergreen forest). And for the skiers out there, Whistler is a mere two-hour drive away.”  —Chloe Scheffe, Art Director

→This photographer knows all the best shots in scenic Vancouver (and the best Chinese food in town). 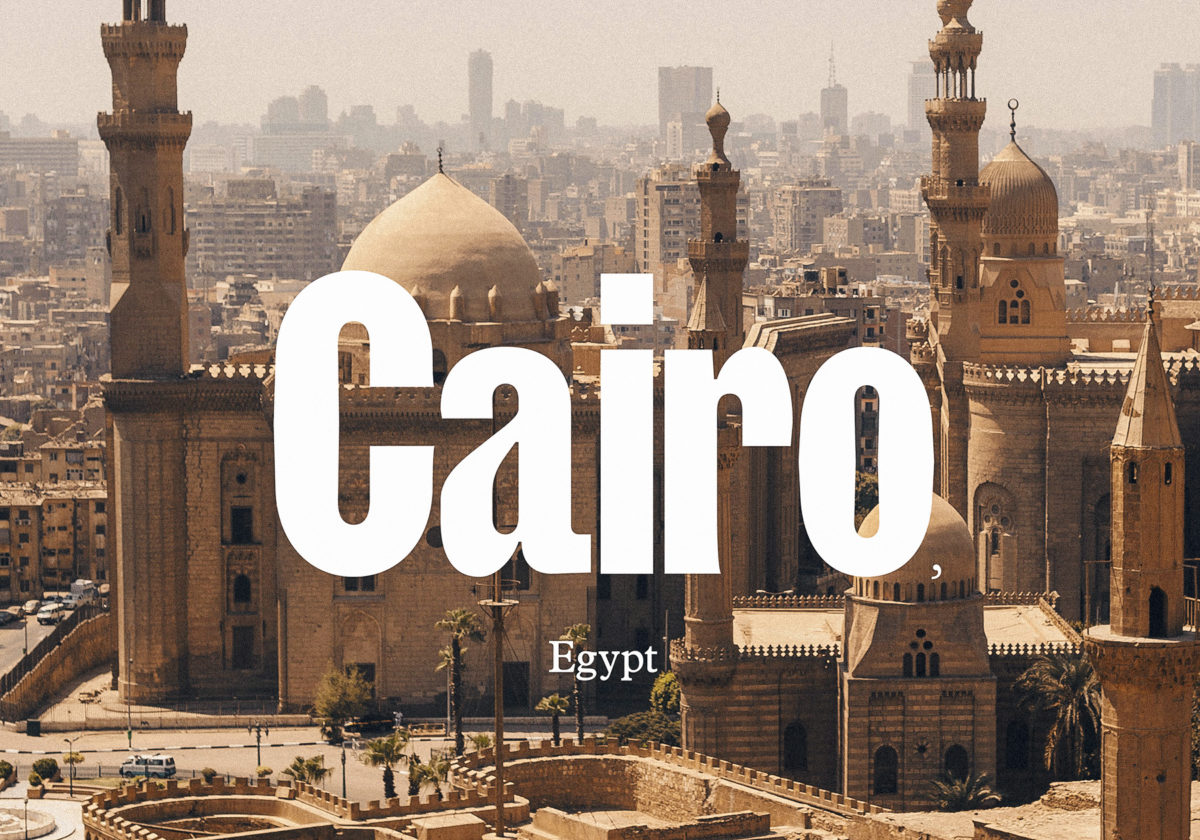 “One of the most intriguing trends of late is the increasing number of people who are traveling for nostalgia—and what’s more nostalgic than the pyramids?! For many Americans, a trip to Egypt engenders memories of crumbling textbooks filled with glossy photos of those mystical, ancient structures. But because of the allure of the ruins, so many travelers fail to consider the magic of modern Egypt. In 2020, the North African country is undergoing several major renovations, from the reopening of the Baron Empain Palace to the opening of the Grand Egyptian Museum in Giza. Old and new come together spectacularly in Cairo, where one can find indie rock and hip hop acts at Cairo Jazz Club or explore the historic Islamic district—what’s left of the medieval Islamic city and a UNESCO heritage site—which lies hidden in a modern, urban area of the city.” —Emma Glassman-Hughes, Senior Associate Editor 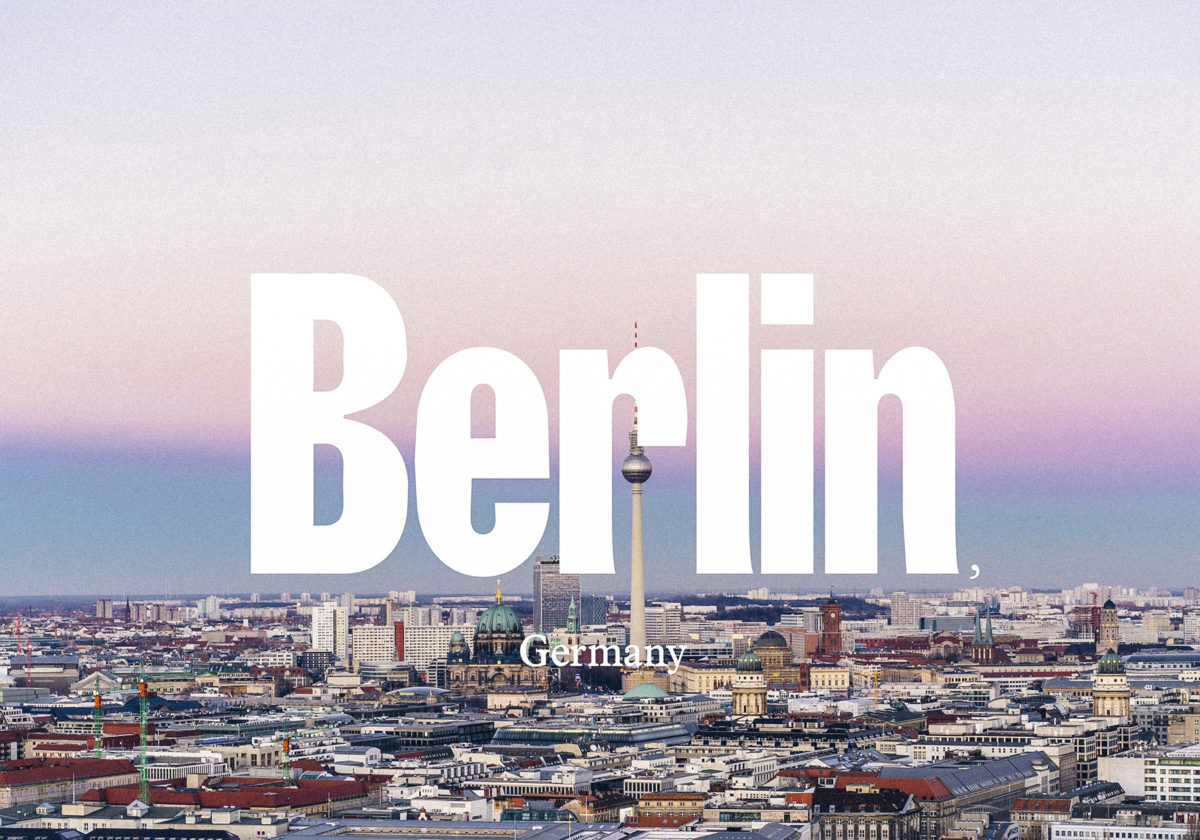 “Berlin has been on what feels like every conceivable must-go list for the last few years—to the point that you’re probably not at all surprised to see it on this list. But that’s exactly why it’s here. Berlin is an underdog city no more. In 2020, it deserves a seat at the Essential European Destinations table. It’s affordable, politically progressive, and rich with opportunities to experience both high culture and hard partying. While the nightlife scene can be niche—Berlin’s famously hedonistic clubs range from small (Barbie Deinhoff’s) to palatial (Berghain)—by day, Berlin is any aesthete’s dream. Designers, artists, and architects (and chefs, and fashion designers, and musicians…) have thrived here for decades. In short, Berlin brings some welcome grit to the more classical, upper-crusty European destination establishment.” —CS 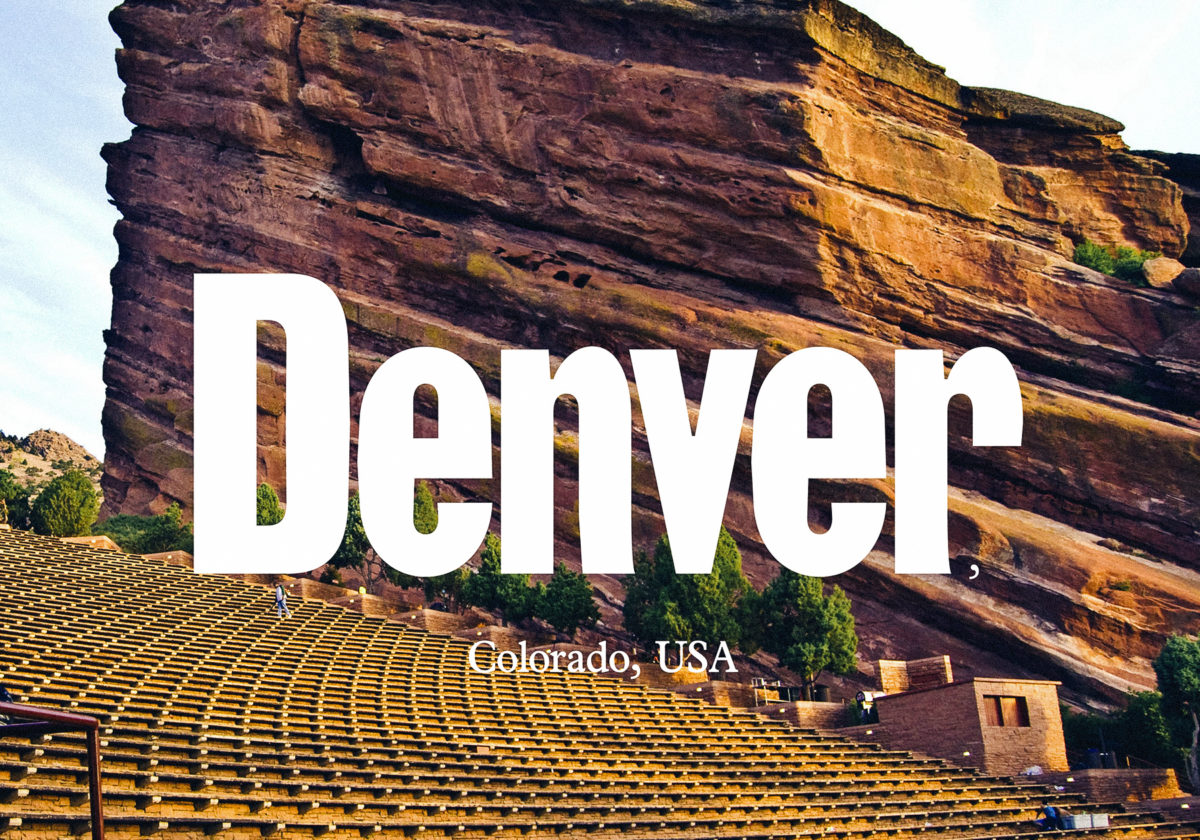 “The push to legalize recreational marijuana in the U.S. has been going strong in recent years (trust us: we went and found out)—and while several states now enjoy the right to light up, it all kicked off in good ol’ Colorado. But Denver isn’t called Mile High City because its residents love to spend time with their friend Mary Jane: Its elevation places it exactly one mile above sea level, which in itself sets up visitors for plenty of other unique fun: A surrounding landscape that inspires outdoor adventures year-round; a thriving restaurant culture; live music and comedy scenes that won’t quit in venues that literally rock; a surrounding landscape that inspires outdoor fun year-round; nearly 150 craft breweries spread out across—ring, ring! Sorry, the mountains are calling. I’ve got to take this.” —TA 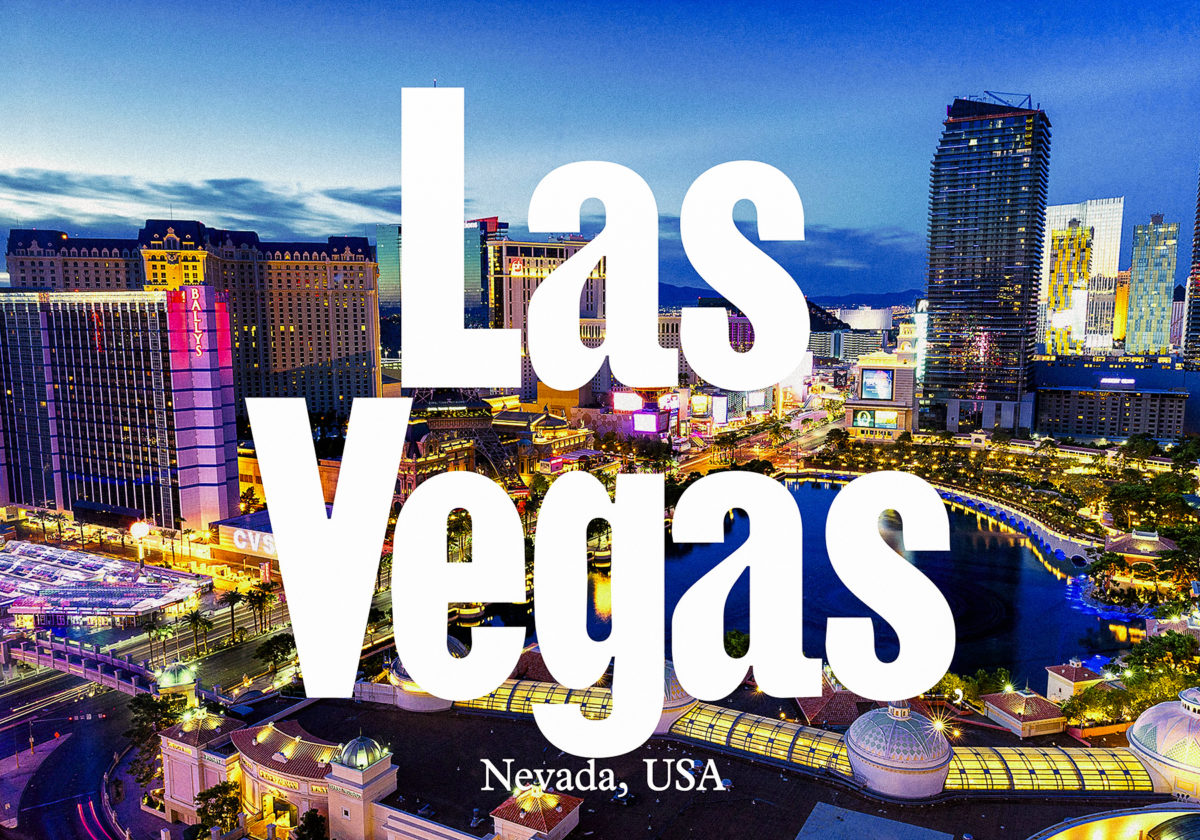 “I’ll be honest: I’m terrified of Las Vegas. My curiosity around it errs toward the morbid. Its usual draws—gambling, arena-sized concerts, around-the-clock anything, one last whatever before getting hitched—do little for me. Still, I can’t look away. My working theory is that Vegas is so extra that it turns some mysterious corner and comes back around to being just right. (Is it possible that it’s a classic?!) What I do like is that Vegas is basically a monument to quintessential American architecture—and, possibly, American ideals—from retro hotels to neon signs to McMansions built yesterday. It’s got all the big sky, big lights, big fountains, and big personalities I could ever want, but this year I’m also keenly interested in what I’m calling anti-Vegas Vegas—nature and nature-seekers, slow investors, one-off restaurants and small-kitchen chefs, non-impersonators, daytime folks committed to living in their city.” —CS

→A local boutique owner shows us the softer side of Sin City. 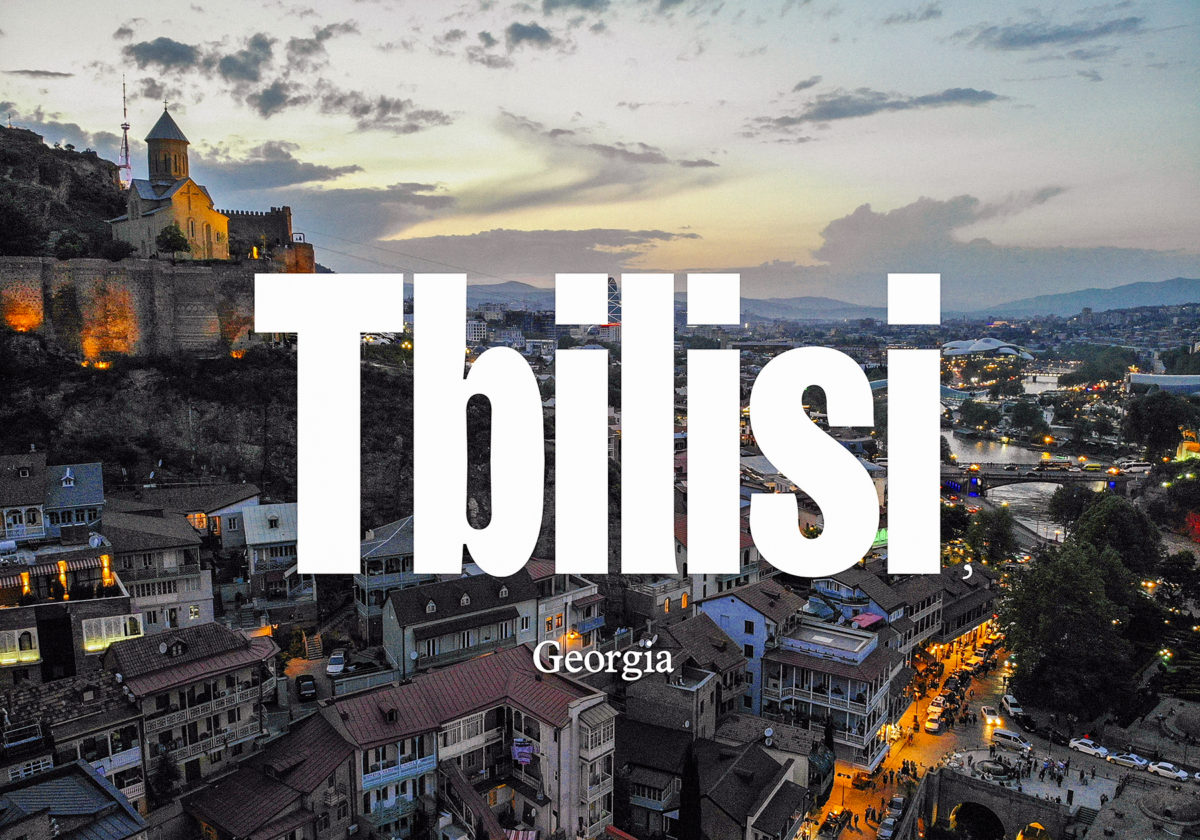 “Food and wine are typically my North Stars to a place, and it’s no different with Tbilisi. Georgians are the oldest known wine makers, and their present-day, minimally-intervened vinos are making a splash on menus across New York, and when I first saw a picture of khachapuri, the Georgian delicacy often described as a ‘cheese boat,’ I was hooked. Georgia’s capital city is a rapidly growing Eastern European hotspot for art, dining, and old-world charm. You’ll want to get here before everyone else on your Instagram feed does.” —AW

→A local curator shows us the best of Tbilisi’s street art scene. 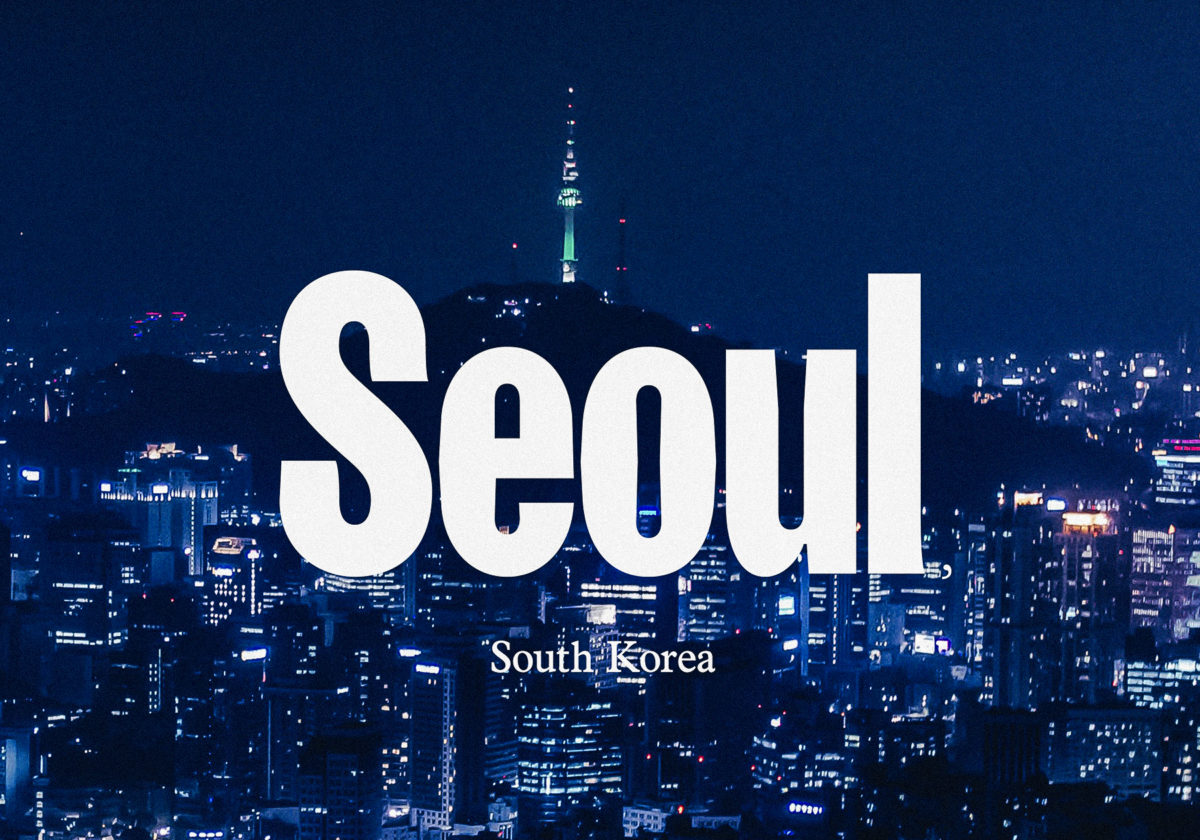 “Hallyu, a phenomenon known as the “Korean Wave,” has been flowing steadily for many years now. With South Korea’s global dominance in technology, pop music, wellness, and more, its capital, Seoul, has cemented itself as a new classic destination for anyone interested in exploring the epicenter of such cultural productivity, making it one of the most dynamic destinations in the world. It’s a city with an extremely live pulse that is constantly evolving—exciting restaurants, excellent shopping—yet is rooted in ancient history and tradition that still feels present, from humble street food stalls to 1,000-year-old palaces. In short, Seoul is the new cool, but it’s not just a fad. You’ll want to go to Seoul to see for yourself.” —AW 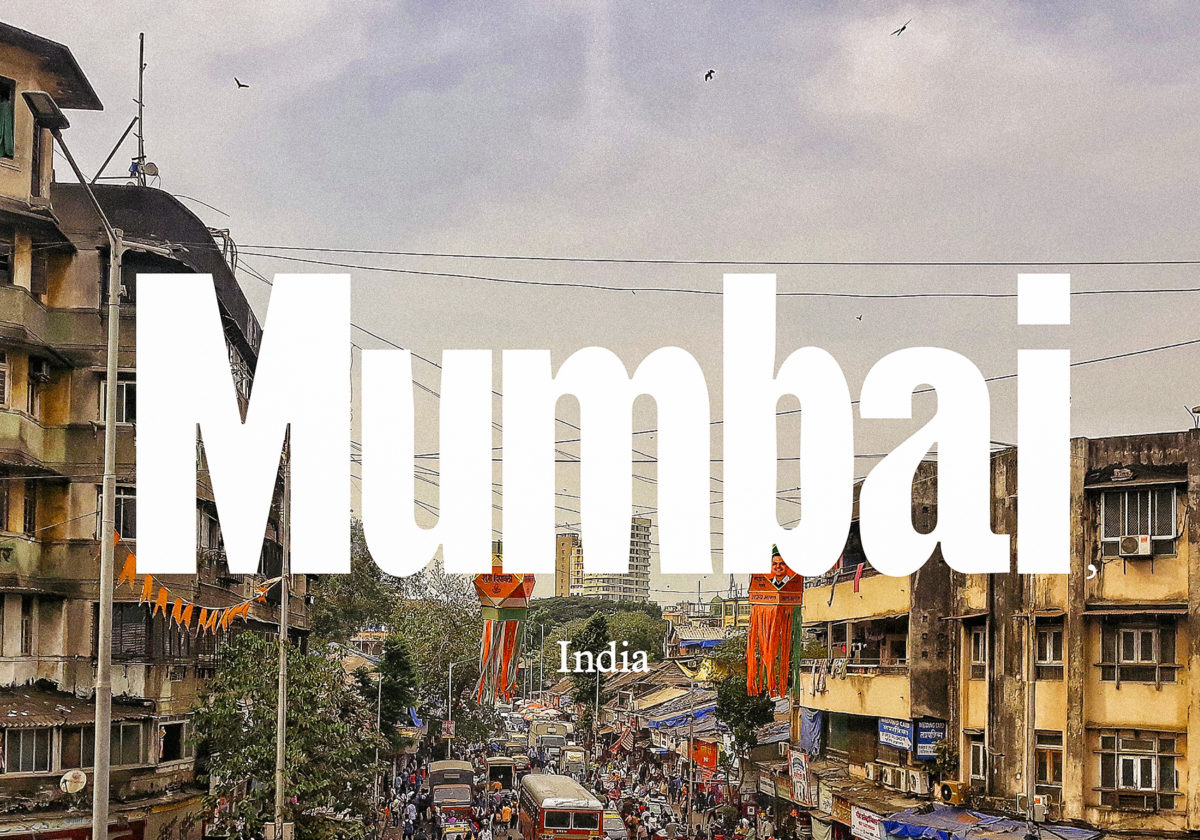 “There’s no way around it: Mumbai is massive. And there are a million reasons to visit this metropolis—well, probably closer to 20 million, which is this coastal city’s current population. Whether you’re a music lover, a fashion addict, a beachcomber, an appreciator of contemporary art, or a foodie, India’s largest urban center will not disappoint. In 2020, I’m feeling drawn to Mumbai for something a little different; something that encompasses a bit of all of the above. Mumbai’s youth culture is expanding at an incredible rate, with an exciting queer Pride movement, high energy partying and nightlife, and a growing independent and underground music scene.” —EG-H

→Read a local guide to Mumbai from India’s most famous singer-songwriter, Prateek Kuhad. 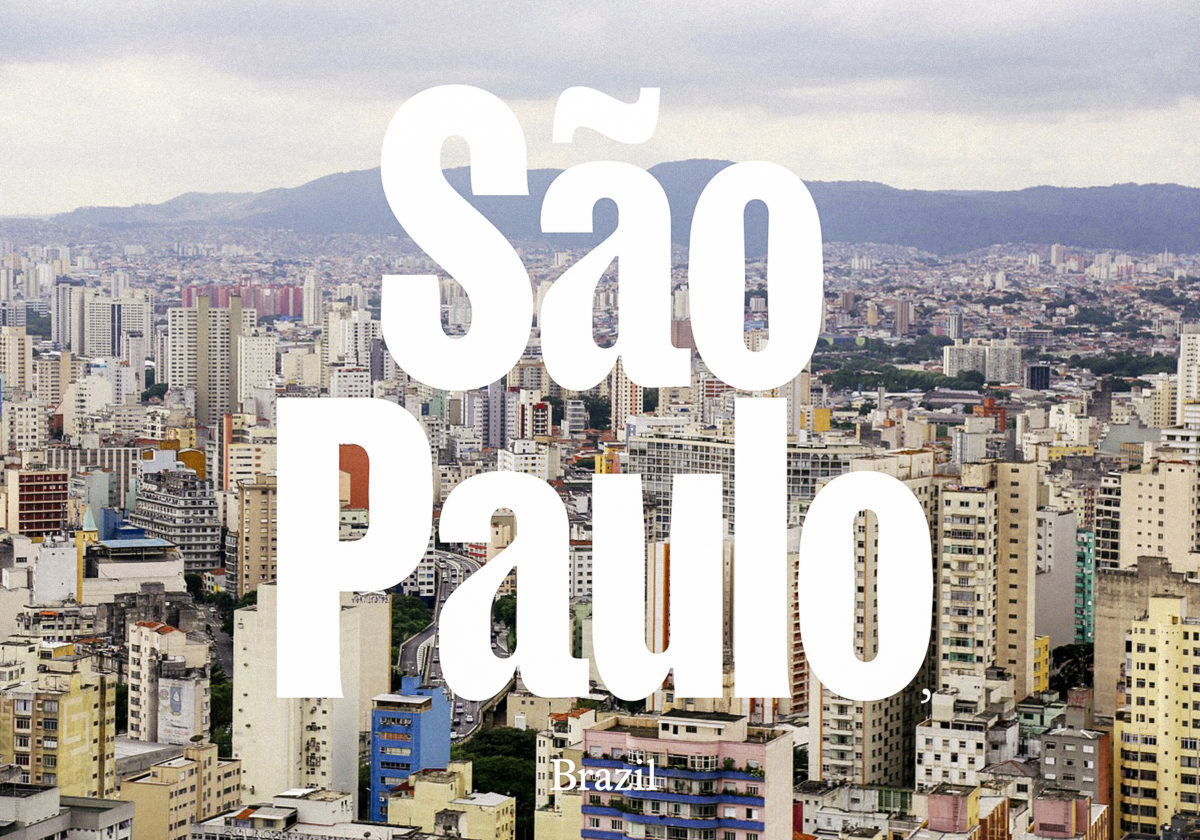 “There’s so much more to Brazil than carnival and soccer (though both are fun!) and São Paulo, almost six hours south of Rio de Janeiro, is the perfect entrypoint to this giant South American country. Outside of greater Brazil’s more than 2,000 beaches and the over 2 million miles of Amazon rainforest, urban São Paulo is a melting pot of cultures—it’s home to the largest population of people with Japanese heritage outside of Japan, for example—influencing everything from food to cinema. Known as the culinary capital of the country, São Paulo’s elegant eateries like Tanit and Michelin-starred Tuju, which have gained momentum this year, are luring me with their creative spins on classic Brazilian and Spanish cooking. Plus I’m always a sucker for really good street food.” —EG-H

(Stay Tuned for our local guide to São Paulo!)