Malindi, Kenya, sits between the mouth of the Galana River and the Indian Ocean.
SnapshotEmma Glassman-Hughes

Welcome to Travel Crush, where our editors pine over the up-and-coming places we’ve yet to explore, why they intrigue us, and what we dream we’d accomplish once we get there. This week’s pick is Malindi, Kenya.

Despite having had family in and out of Nairobi for several years, I haven’t yet made it to Kenya; and recently, the city’s vibrant creative scene has cemented it at the top of my travel wishlist.

But beyond the capital city, the allure of Kenya’s diverse landscapes—from desert to lakes and coast—is equally strong. On my dream trip to East Africa, I’d make my way to Kenya’s Malindi: the small coastal town that sits between the mouth of the Galana River and the Indian Ocean—a place that has caught my eye with its abundant seafood (duh) and unique cultural make-up.

Influences in Malindi come from all over, having been designated a trading post for Portuguese explorers by Vasco de Gama in 1498. African Arabs, Swahili Africans, and Indians made up the bulk of the population around this time as Malindi blossomed into a prosperous port city. Much later, in 1861, Malindi was conquered by the leader of Zanzibar and became a hub within the still-flourishing slave trade. 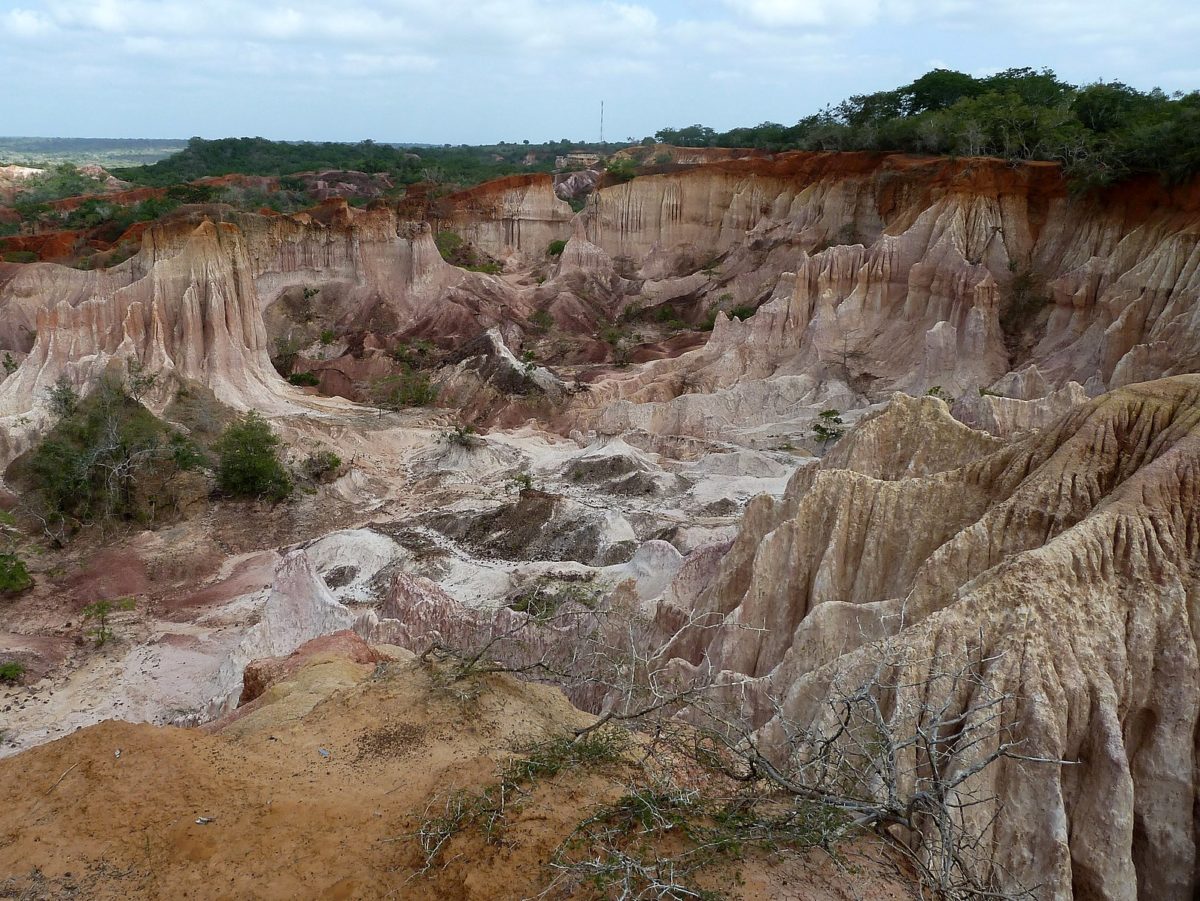 The Marafa Depression, known as "Nyari" (which means "the place broken by itself") is one of Malindi's many natural wonders.

Finally, the British took over at the end of the 19th century, abolishing slavery but also tanking the local economy. For years, Malindi had very few exports aside from local crafts and foodstuffs—until the mid-20th century when the first hotel was built, turning this seaside town into a tourism economy that serves mostly Italians who first began trekking down to Malindi in large numbers in the 1980s. Nowadays, it’s the Italian influence that is felt most acutely, from the villaggi (Italian resorts) to the fresh pastas on practically every menu in town.

“It’s this tension that exists beneath the glossy exterior that warrants more exploration.”

There is, however, a darker side: As Italian author Federico Varese writes in his book Mafias on the Move: How Organized Crime Conquers New Territories, Malindi also has some alleged ties to Italian mafiosos—part of an ongoing struggle as mafia strongholds evolve into imperialism in East African coastal towns. On top of the pristine beaches and delicious food, it’s this tension that exists beneath the glossy exterior that warrants more exploration.

Given all these complexities, I’m drawn to life on Kenya’s shores—and judging by AirBnb’s top searches, a lot of other people are, too. As more and more Americans and Europeans shed negative stereotypes about “Africa” and begin to appreciate all the varied, diverse life that it holds, 2020 stands to be a big tourism year—not just for Kenya’s glistening coast, but for the continent as a whole. 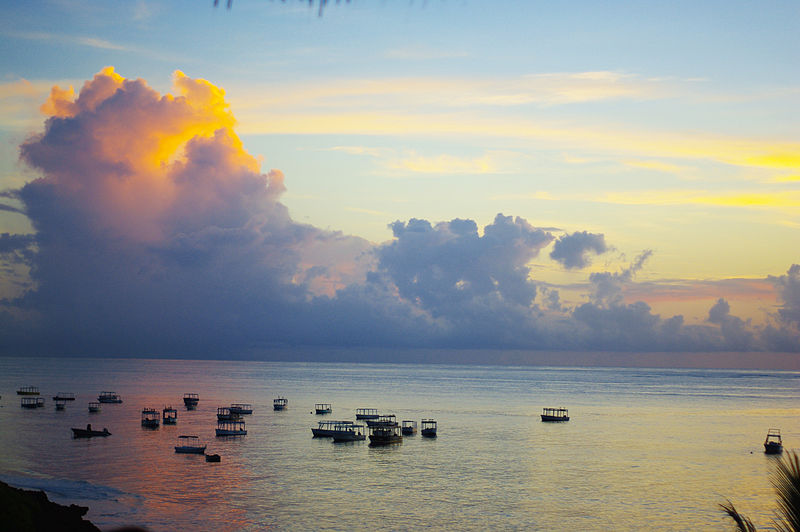 Malindi is known for its remarkably fresh seafood served straight out of the Indian Ocean.

Natural wonders are some of the biggest draws to Kenya, and Malindi is no exception. It’ll be a hard choice between snorkeling in the Malindi Marine National Park or hiking around the Marafa Depression, locally known as Nyari (“the place broken by itself”), which is home to several beautiful rock formations. Plus, the country’s commitment to preserving its environment has received some positive press as of late, as Kenya has promised to plant two billion trees by 2022 during this year’s UN Climate Action Summit.

Malindi has resorts aplenty, but not all are created equal. I’ll be bypassing the gaudier villaggi in favor of somewhere nice and quiet, like Kenyan House Boutique Hotel, where a mix of abundant flora and proximity to the ocean makes this a dreamy hideaway. Simple, understated, and the perfect gateway to this little corner of Kenya.