Onsenji Temple (pictured), about halfway up Mount Daishi, is where patrons of Kinosaki's onsen used to give thanks before enjoying a hot soak. Photo courtesy of Visit Kinosaki.
SnapshotFirozah Najmi

Ever since I went to Japan in the summer of 2018, part of my heart has remained there. When Japan’s borders reopen, I personally can’t wait to plan another trip. Instead of trekking to Tokyo, though, I’m considering a lesser known city on my next visit. Enter: Kinosaki, Japan, a storybook onsen town where visitors often do their sightseeing while donning traditional yukata.

Nothing used to beat coming home to my hotel room in Tokyo that summer, because it meant I had a luxurious soak ahead of me at the in-house onsen. I’ve struggled to find a similar spa experience in New York ever since. On my future trip to Kinosaki, I’ll challenge myself to go onsen-hopping and get my fill before returning home to a reality where I have to run my own hot baths. 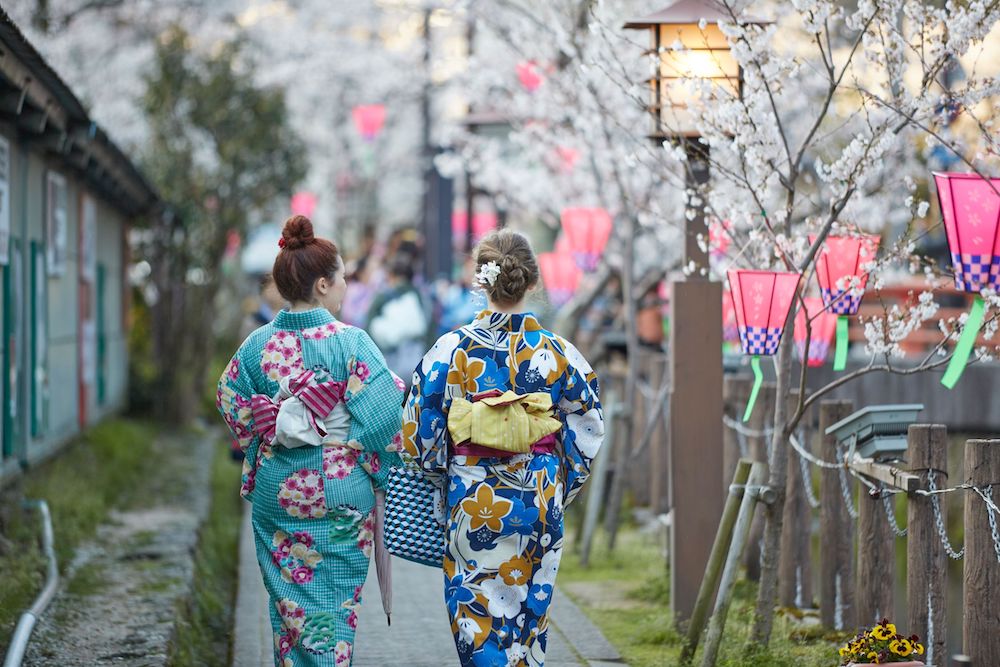 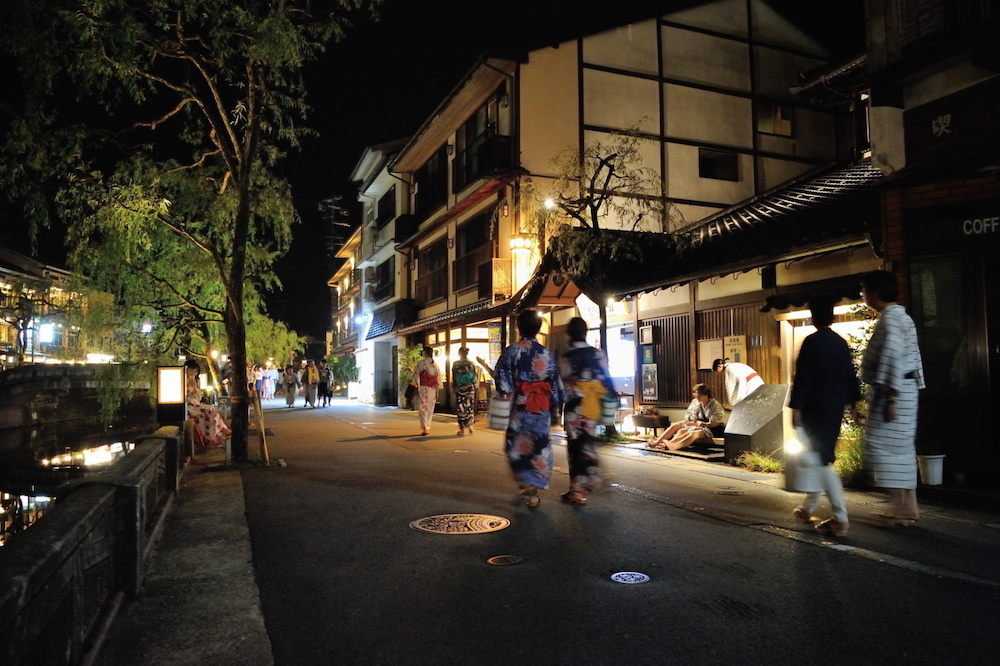 The tree-lined canals in Kinosaki's city center are the perfect backdrop for a romantic evening stroll in yukata. Photo courtesy of Visit Kinosaki.

There are seven onsen in Kinosaki. Before you take that first dip, take a scenic stroll (or cable car) up to Onsenji Temple on Mount Daishi and give thanks to the onsen guardian, represented by a statue of a meditating monk. Until modern times, onsen patrons would receive a wooden ladle from the temple, acting as their ticket to the onsen and proof that they thanked the gods for the naturally occurring hot springs. Whether or not you buy into the tradition, the view from Mount Daishi was awarded a Michelin star in their Green Guide to Japan, so it’s definitely worth a trip.

Kono-yu is the oldest hot spring in Kinosaki, so start with a soak there, reported to bless you with luck in love and marriage. Then there’s Ichino-yu (literally, “number one bath”), where you can bathe inside a cave with ambient lighting. Some of the remaining onsen lean towards a retro bathhouse feel, like Jizo-yu, while others are styled for more modern sensibilities, like Satono-yu. If you can’t decide on one, consider taking an “onsen pilgrimage” where you visit all seven. A pass to all seven onsen is usually included for free when you stay at a local ryokan.

The region’s craft speciality is called mugiwara zaiku (“straw craft”), where artisans craft vessels and small items out of colored straw. For the craftier among us, workshops at the Kinosaki Straw Craft Museum have English guides to take you through keychain, vessel, and fan-making out of straw.

Maybe wood crafts are more your speed. For a day trip, visit the nearby Museum for Wood Culture, an architectural marvel in itself that celebrates Japanese wood crafts. Admission is totally free, plus you can attend a wooden toy-making workshop for a small fee. 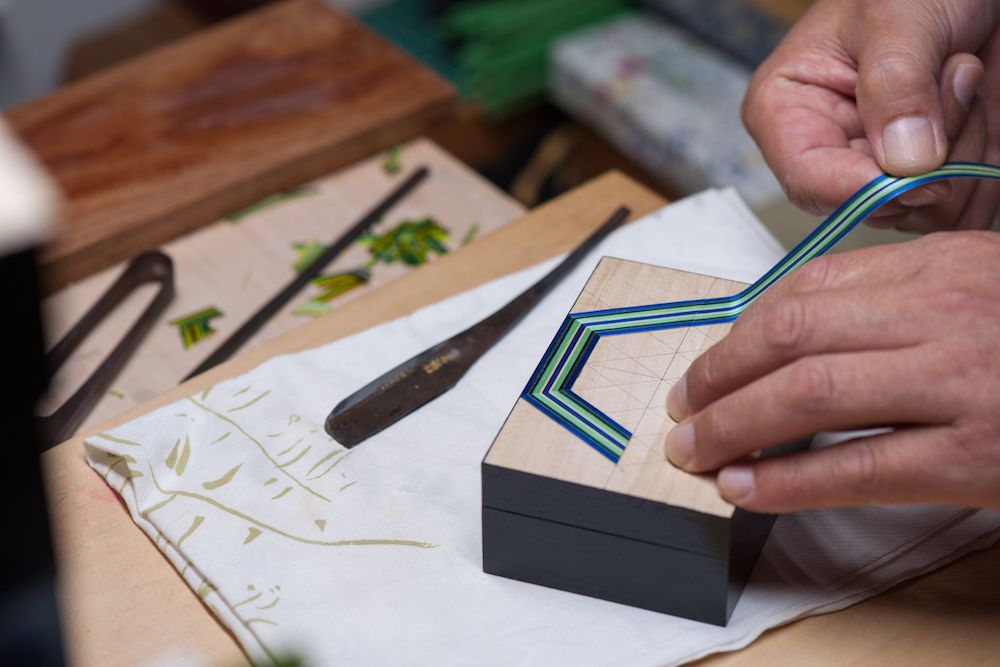 A craftsman carefully lays down colored straw in the practice of mugiwara zaiku. Photo courtesy of Visit Kinosaki. 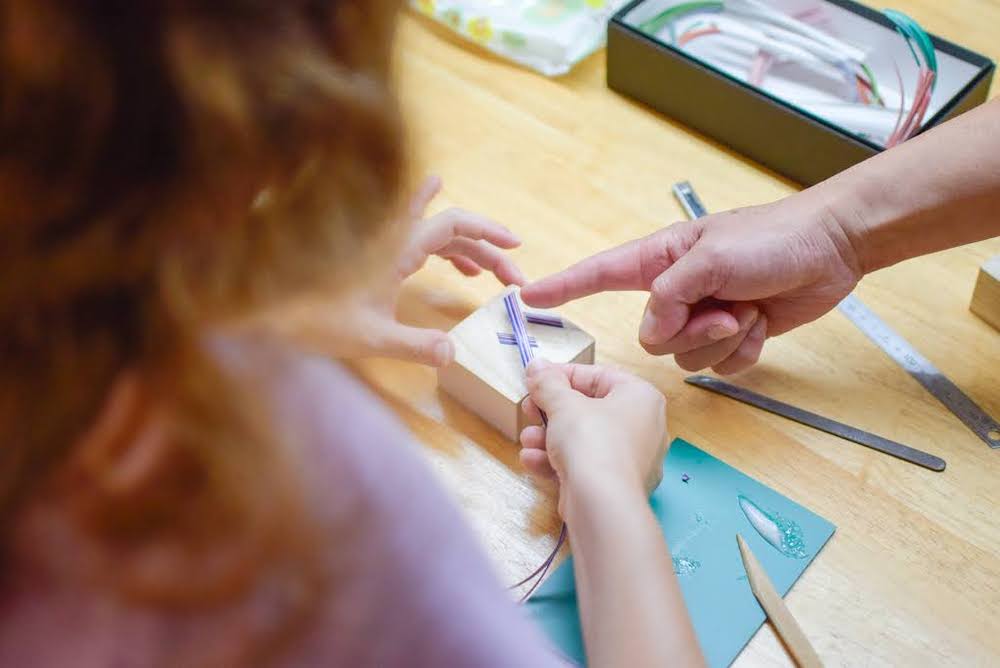 If you have a knack for arts and crafts, consider taking a straw craft workshop to create a one-of-a-kind souvenir that you can brag about having made yourself. Photo courtesy of Visit Kinosaki.

To Yukata or Not To Yukata?

Yukata rental is super popular in Kinosaki. Immerse yourself in the culture by strolling around town in traditional Japanese dress and geta. If you’re nervous about standing out, don’t be: you’ll probably stick out more in regular street clothes here! Seriously, everyone wears them in Kinosaki, especially en route to the onsen. For those interested, most ryokan will set you up with a yukata, but if yours doesn’t, you can head over to IROHA to rent one.