In my spare time, especially when I’m stuck at home (in the event of, say, a global pandemic), I love finding myself in YouTube rabbit holes. Lately, I’ve been obsessed with 4K walking tours, in which the creator films themselves walking in their neighborhood or city with a Go-Pro or other portable HD camera at eye level, making it feel like I’m walking the same streets. This has been especially delightful for me, since my favorite part about traveling is soaking in the general street vibes: what people are wearing; where they’re headed and at what pace; the sounds of the city. With these YouTube walking tours, I can instantly transport myself anywhere in the world. I recently stumbled onto a Cairo walking tour, and I found myself enamored with the city, eagerly seeking more and more Cairo-related content. And until I can travel there in reality and not through a screen, I’m dreaming up my perfect itinerary.

The walking tour of Cairo I first watched goes through Khan el-Khalili, a 14th-century street and bazaar. It’s early morning and the city is waking up. Roadside vendors and market stalls line the stone streets, with vibrant produce, knickknacks, and rugs on display. Store owners sweep the ground in front of their property or dust off their merchandise, while others sit calmly and stoically beside their goods, enjoying the rhythm of pedestrian traffic, awaiting paying customers. Further along the street, we pass spice stalls, street food vendors, and outdoor seating beside local eateries. I’d be sure to stop by the historic cafe Fishawi for traditional hibiscus or mint tea.

The Local’s Guide to Cairo, According to an Egyptian Street Food Expert → 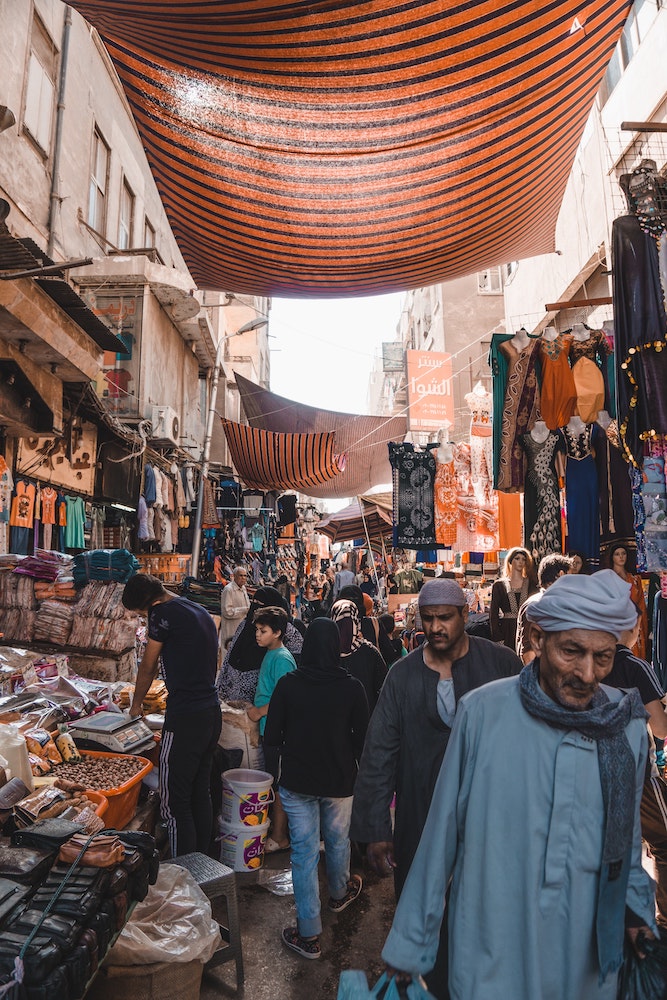 People pass through Khan el-Khalili, a bazaar founded in the 14th century. Photo by Alex Azabache.

Zamalek, located on an island connected by bridges to mainland Cairo, is an affluent, cosmopolitan district with European flair and Art Deco influences. Think of it as the Manhattan to Cairo’s “outer boroughs.” My perfect day in Zamalek would include plenty of wandering along the glitzy waterfront and throughout the neighborhood, where tons of blink-and-you’ll-miss-them architectural gems compete for your attention. Dazzling villas and behemoths like the Museum of Islamic Ceramics, housed in an ex-palace, are a must-see. For a satisfying lunch, I’ll stop by the local Zooba branch, an eclectic, modern, fast-casual eatery. I’ll be sampling one of their fried-to-order Tameeya sandwiches, a falafel-like creation made with fava beans instead of chickpeas. As a testament to Zooba’s success, the restaurant recently went global: a branch just opened up in New York’s Nolita neighborhood, with rave reviews from CNN, Eater, Grubstreet, and more. After lunch, I’ll check out any of the European-influenced cappuccino bars along the scenic waterfront, like Pottery Cafe or Goal Cafe.

To visit Cairo without making a stop in Giza would be a huge oversight. Obviously, the legendary Pyramids of Giza rank high on my list of must-sees, being the last standing ancient wonder of the world, but I’m blocking time out especially to visit the newly built Grand Egyptian Museum (GEM). About a mile from the pyramids, GEM will be the largest archaeological museum in the world once it’s inaugurated, slated before the end of 2021. I’m a big supporter of seeing artifacts in their birthplace—their original contexts—rather than commodities “traded” overseas throughout the 19th and 20th centuries. At GEM, you can bask in the glory of the complete Tutankhamun tomb collection (over 5000 items including the famous Tutankhamun death mask), many of the objects on view for the first time.

In Uzbekistan, the Last Remnants of an Ancient Civilization → 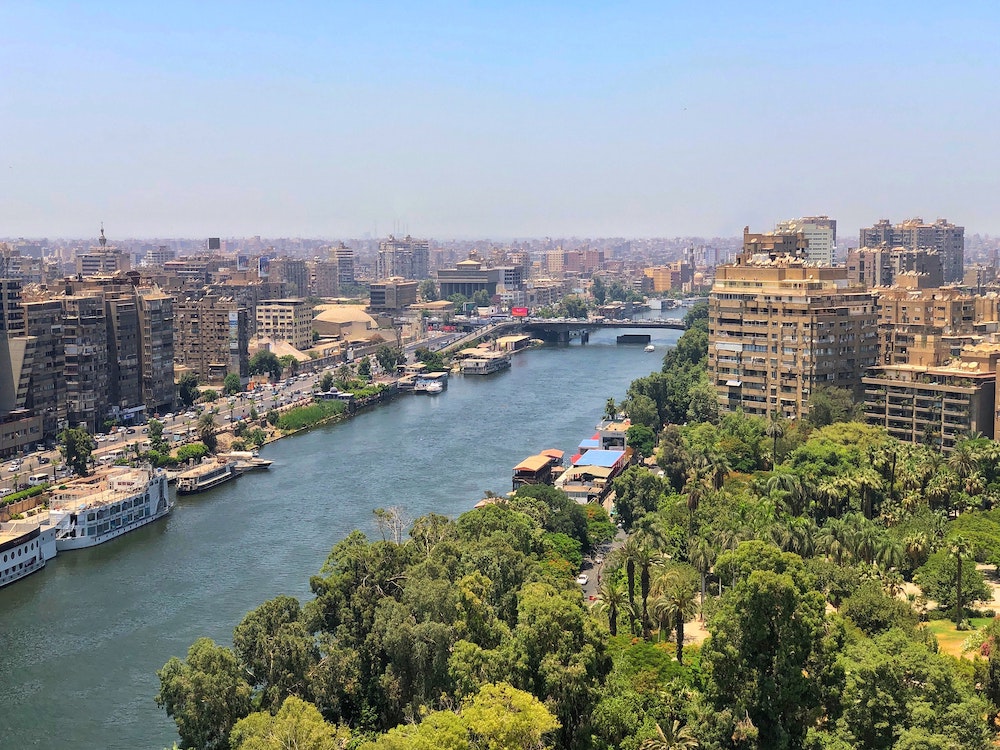 The Zamalek district on Gazira Island is Cairo's answer to Manhattan: a luxe, urban cityscape and commercial district. Photo by Sherif Moharram.

There’s one street food that’s accidentally vegan that I hope to sample all over Cairo, and that’s Koshary, the carb lover’s Kryptonite. Think of it as a seven layer nacho, but instead of chips and queso, you’ve got: macaroni, rice, lentils, chickpeas, and hearty tomato sauce—all on one plate. And the best part? You can find it almost anywhere for around a dollar!

Nicknamed “Paris of the East,” I’ll take a scenic drive through downtown Cairo, inspired by another stunning 4K tour. Besides breathing in the Belle Époque buildings, I’ll stroll and nurse a fresh mango juice from a street cart before heading over to nearby Islamic Cairo to admire the mosques.