Climate Tourism: Why I Went to Northern Norway in the Dead of Winter

As global warming continues to ravage ecosystems from the Arctic to the Amazon, travelers are feeling the pressure to visit these natural wonders now, before they disappear altogether. For issue 08 of Here Magazine, it was precisely this “climate melancholia” that drove one writer to Norway in search of freezing temperatures, dogsledding, and the soul of a community living on the front lines of the climate crisis.

Last December, the artist Olafur Eliasson brought chunks of opaque blue glacial ice from Greenland to London, where they stood vulnerable as baby birds near Millennium Bridge, until melting a few days later from the winter sun and ambient body heat. I went to see them when they arrived and rubbed my hands all over them. I put my ear close to one chunk and heard its air bubbles hiss and pop, releasing tiny pockets of the Arctic into the unseasonable, 43°F day.

Ice: For much of my recent years I encountered it only in drinks. I live in temperate London now, and before that, it was tropical Indonesia. I knew the polar ice caps were melting and that the seas were rising, but mainly from the internet; I had never been farther north than Dublin. Cold, ice, snow—as the year drew to a close, I was filled with mania to see them in their milieu. I hadn’t been properly cold in years. Above all, I felt anxious about some near future when cold places might not even exist, gripped by “environmental melancholia,” a term coined by the psychologist Renee Lertzman for an unconscious, unresolved mourning for a warming and changing planet.

I decided to chase the cold. To go to the Far North, where the sun wouldn’t rise at all.

So I decided to chase the cold. To go to the Far North, where the sun wouldn’t rise at all. I wanted pure, distilled winter. With the knowledge that Arctic air temperatures have been rising at twice the global rate since 1980, I decided to visit Tromsø, a Norwegian port city above the Arctic Circle that has been continuously inhabited since the Ice Age. Heading up there, I felt conscious of a particularly anthropocene mode of travel, driven by this abstract, anticipatory sense of loss. It’s a desire not just to see new cities and old monuments, but to experience unique climates that will be totally different a generation—or a decade—from now.

In the early new year I landed in Tromsø, in a darkness compounded by the new moon. The sun does not rise at all here from November to January, although there are about two hours of lilac twilight around noon. In the polar regions, sunlight is a seasonal (rather than daily) phenomenon, as Barry Lopez wrote in his magisterial study of these latitudes, Arctic Dreams.

My eyes adjusted and discerned a backdrop of snowy cliffs that formed an amphitheater around the picturesque port city. It turned out that Tromsø, despite its geography, was not that cold, because it is insulated by the same Gulf Stream that protects London. The temperature hovered in the twenties and thirties. The main island that houses its historic downtown takes ten minutes to drive from end to end. My travel companion and I walked around to get our bearings.

The pavements were caked with ice and slush because it has been raining more often in recent winters as global temperatures rise, creating dangerously slick walkways. Many locals have started wearing spiky, ice-piercing shoes instead of snow boots. I reflexively tried to commit the built landscape to memory: a yellow church, the compact harbor, steel sculptures, Christmas lights. But I realized, rather dumbly, that those weren’t the things that would change. My usual travel habits wouldn’t serve me here. So what was it that I, the climate tourist, should remember instead? I tried to register the constantly shifting precipitation, rain to snow to hail and back; the cheerful, huddled pedestrians in parkas; the sea air. 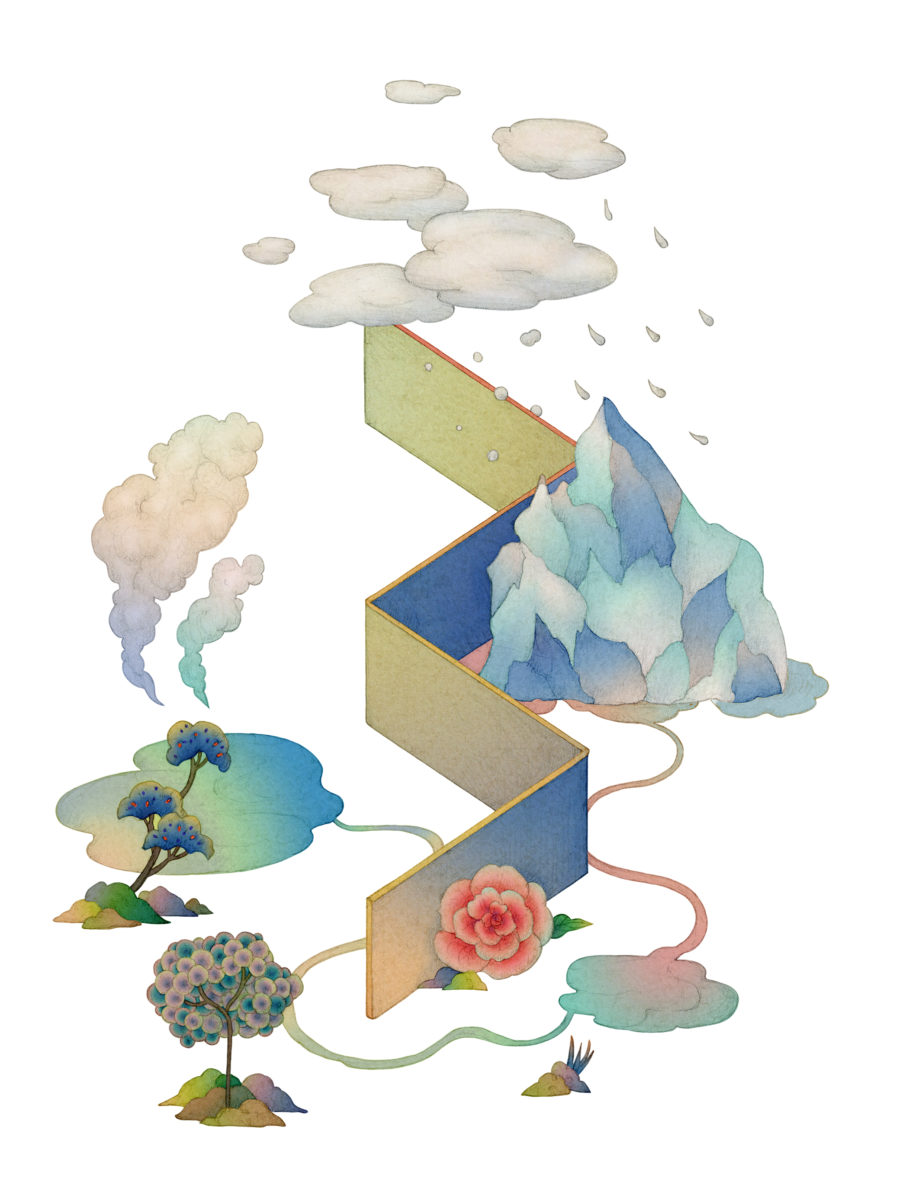 The next morning, I was excited to see what mornings were really like in the polar night. Was it really like midnight? I thrust open our curtains at 8:00 a.m. and confirmed it was so. Breakfast felt like an illicit after-hours celebration.

The sky gradually lightened to a pale blue by noon. By then we were on a bus to Kvaløya, the nearby island that houses the Tromsø Wilderness Center, or Villmarkssenter. I was lured by the irresistible prospect of playing with over 300 huskies, dogsledding, and snowshoeing.

Tove Sørensen, the center’s founder and a veteran dogsledder herself, welcomed us, backed by a chorus of howls. She had short blond hair and was trailed by two of her “house dogs,” indoor creatures, as opposed to the 304 racing Alaskan huskies who are raised on-site.

I asked her how climate change was felt here. In the 30 years she has run the center, she said, the island has transformed. “When I first moved up here, I used to dogsled on the fjord right behind us. But the sea ice won’t support that anymore.” The summers, too, she said, are getting unseasonably warm.

I asked this a lot over four days, always hoping that I would get a different answer, but I never did. This place has been so impacted by global warming, and so fast, that denial has long ceased to be a viable option.

This place has been so impacted by global warming, and so fast, that denial has long ceased to be a viable option.

On Kvaløya, the tour outfit Much Better Adventures provided us with an opportunity to snowshoe for a couple of hours, meet the litters of husky puppies, and drink steaming tea in our lavvu, the indigenous, Sámi-style hut where we were put up for the night. (Note: Letting a dozen young huskies run all over you is exactly as blissful as it sounds.) The next day we tried dogsledding, with me huffing and pushing our sled up hills while our mini-pack of six dogs pulled us down them. Here, too, the unusual January warmth was apparent: Whenever we paused to catch our breath, I noticed big slushy patches and bare roots in a season when this land was usually blanketed with snow. The huskies took any pause as an opportunity to roll around ecstatically on their backs or to howl at an invisible moon.

We left the center and checked in to a rental apartment with floor-to-ceiling windows, in a charming quarter where all the houses still had their Christmas trimmings. Snow started falling in thick flakes. I discovered a block of brunost, fudgy brown Norwegian cheese, and began shaving off thin slices, putting away half a block with remarkable speed.

It was in these moments of quiet that I found myself reflecting on Renee Lertzman’s diagnosis. In a melancholic state, she writes, “even those who care deeply about the well-being of ecosystems and future generations are paralyzed to translate such concern into action.” These emotional responses could, in theory, be harnessed toward climate action instead of apathy. I called her from Tromsø to ask whether travel might fit into the melancholic equation. “We’re able to connect emotionally [to environmental issues] when we feel that we have an opportunity to creatively engage, and for a lot of people, travel offers that outlet,” she said.

The traveler hopes to see for herself. I recalled the Hindu concept of darshan, the auspicious sighting, that turns looking into a reciprocal act: giving your sight, receiving a blessing. It usually refers to an idol or deity, but it makes sense in secular contexts, too: queueing to see the Mona Lisa, standing in a line to see a celebrity, going to see a solar eclipse, even if you know it will be widely photographed. In this sense, to just see a Far Northern region like Tromsø, with its snowbanks, fjords, and unreplicable quality of light, constituted darshan. Perhaps my trip, I thought, was a pilgrimage.

On our last night, we decided to pursue the ultimate “sighting”: the Northern Lights. It had not been a priority when we landed, but it’s impossible to escape the spell of the Lights, which are teased on every bus, hotel, and billboard in these parts.

The radiant auroras danced and unfurled and contracted.

We went on an impromptu road trip in a rented car. We were at the right altitude and time of year, but the city itself was wreathed in clouds that would make the sighting impossible. Having briefly checked a cloud map, we headed south on a highway that we learned was called the “Northern Lights Route.” After an hour, I noticed the stars were unusually bright, including Ursa Major—Arktos Megale in Ancient Greek—which gives its name to the Arctic. That meant a clear sky! We kept on driving, through a brief but intense snowstorm, and finally, near the town of Dividalen, pulled over on an empty highway, where the “Green Lady” revealed herself. The radiant auroras danced and unfurled and contracted. We stepped out and stared. I picked out shapes: a bow, a feather. They changed every time I blinked.

I was stunned. I also felt like the universe was hitting me over the head with a blunt metaphor. To see something as it’s changing: Perhaps that’s the point, whether it’s the flickering night sky or the slowly warming region surrounding Tromsø. It will take more trips to cold regions—Svalbard, Alaska, Russia—to approach an understanding, and time is, unfortunately, still of the essence. But even seeing this small slice of the cold world is not nothing.

Incidentally, I noticed that I was freezing. We had driven far inland, away from the warming Gulf Stream, and harsh Arctic winds roared past us. I smiled. I had, after all, sought exactly this feeling.