Traverse the expanse of the world’s largest country, but make it fashion. This week’s travel crush is the Trans-Siberian Railway.

I have to admit, the artist formerly known as the Soviet Union is a region scarcely at the top of my travel wishlist. Between the nefarious political dealings, the bitter cold, and, you know, the wolves, I’d say I’m pretty cautious about a potential visit.

Of all the things that could change my mind, I would have thought a visit to Melbourne was among the least likely, but alas—my pivot came during a recent dinner at Old Palm Liquor in Brunswick with a very adventurous friend. They told me all about their trip aboard the Trans-Siberian railway from Russia to China, which they took when they were just 20. They went with a friend; apparently it was relatively spontaneous. 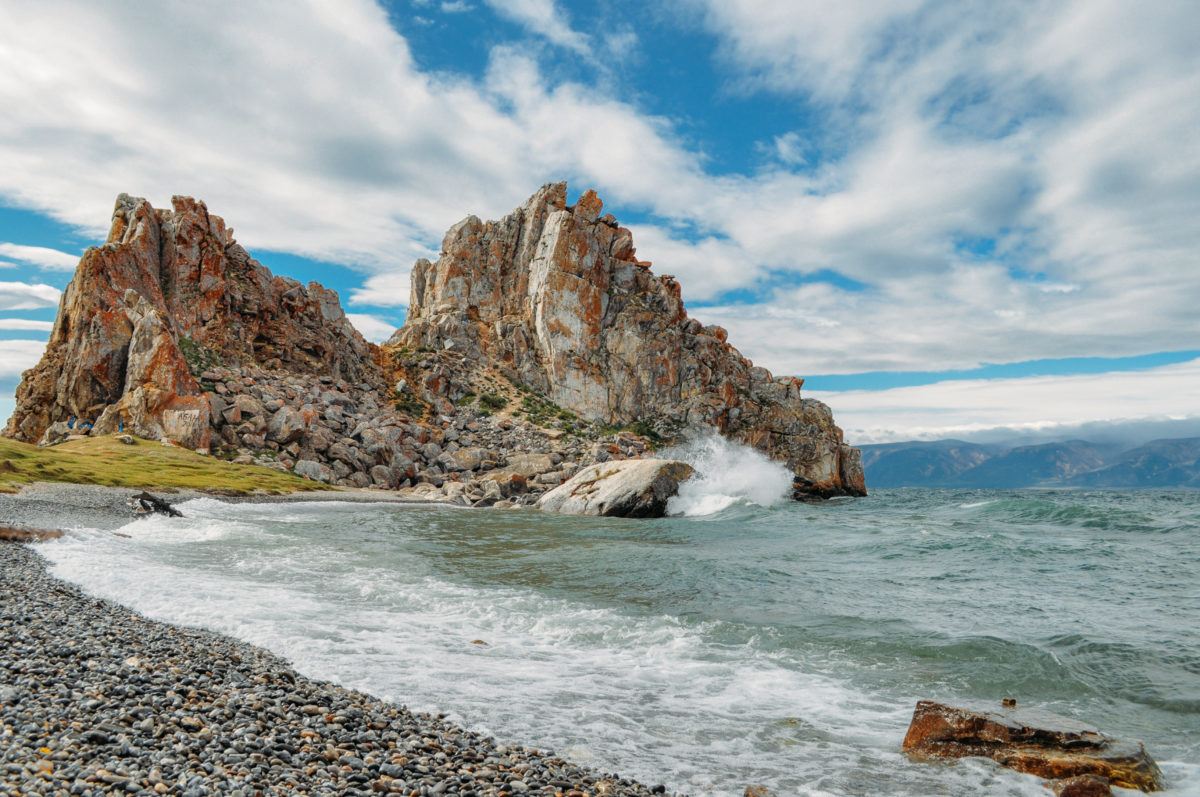 Lake Baikal, the deepest lake in the world. Photo courtesy of Виктория Шерина.

My imagination ran wild: In my head, a voyage like that requires years of careful planning (and perhaps the acquisition of wolf repellent?). The adventure described, however, sounded downright pleasant—enough so that it inspired me to do my own research on the topic. Consider me a convert.

Welcome to my newest crush: the Zarengold Private Train, leaving from Moscow and traversing across Russia, through Mongolia, with the option to extend into China and end in Beijing. Given current travel restrictions in China tied to the spread of the coronavirus, I’d probably cap off my journey in Mongolia, though I look forward to someday completing the journey in its entirety and ending at the Great Wall. 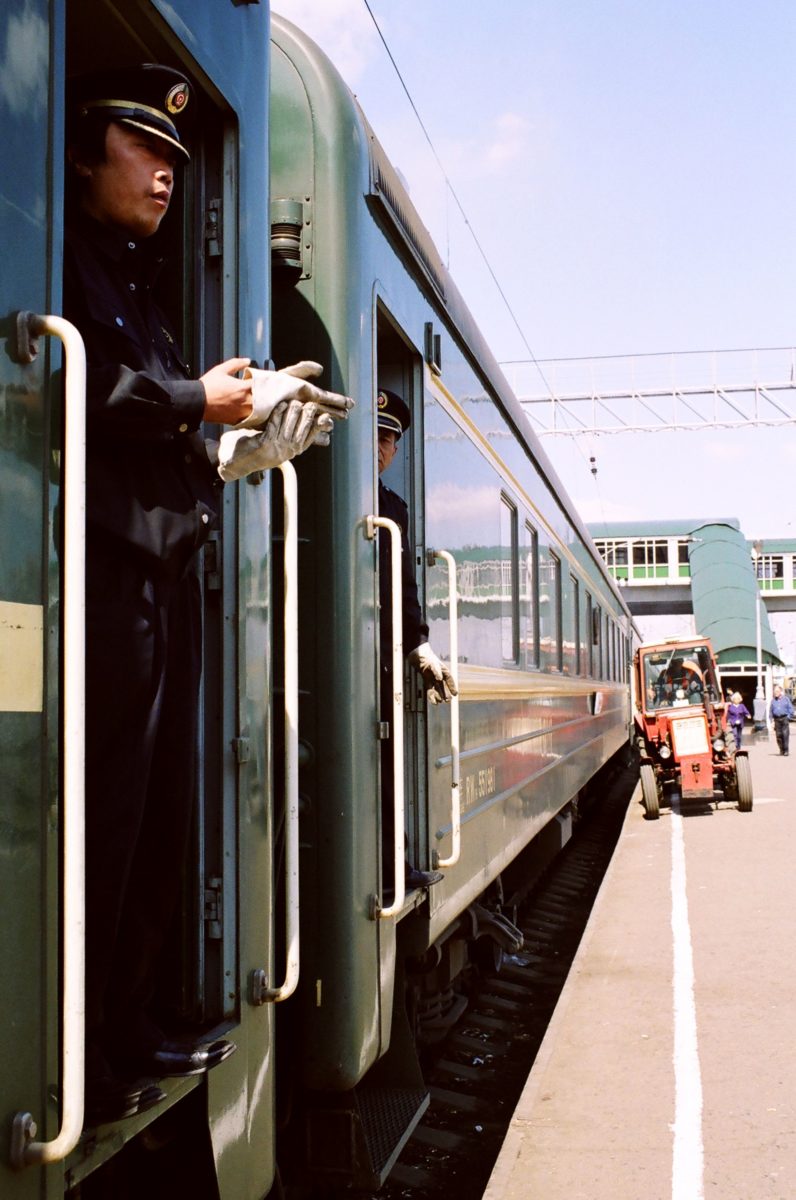 A conductor looking out the window of the Trans-Siberian Railway.

The 13-day Zarengold tour from Moscow to Ulan Bator (starting at $4,100 per person, it doesn’t come cheap!) is just one option for this trip, though this guide is a great resource for putting together a more affordable DIY experience on the railway.

Wolves, and Tigers, and Bears

Of course, the advantage of using a tour group like Zarengold on such a massive trip is the ease of planning additional excursions from the train. First on my list would be a visit to Lake Baikal, the deepest lake in the world, in the Boreal Forest (also known as the Taiga). And as much as wild predators like wolves send shivers down my spine, I’m not that much of a wuss—I’d really love to see some in their natural habitat. Plus, insomnia-laden Netflix binges of Planet Earth have gotten me extra jazzed about this forest, which stretches across Europe, Russia, Alaska, and all of Canada, and is home to the last remaining population of Siberian tigers. The chances of seeing any are slimmer than slim, but a cat lady can dream. 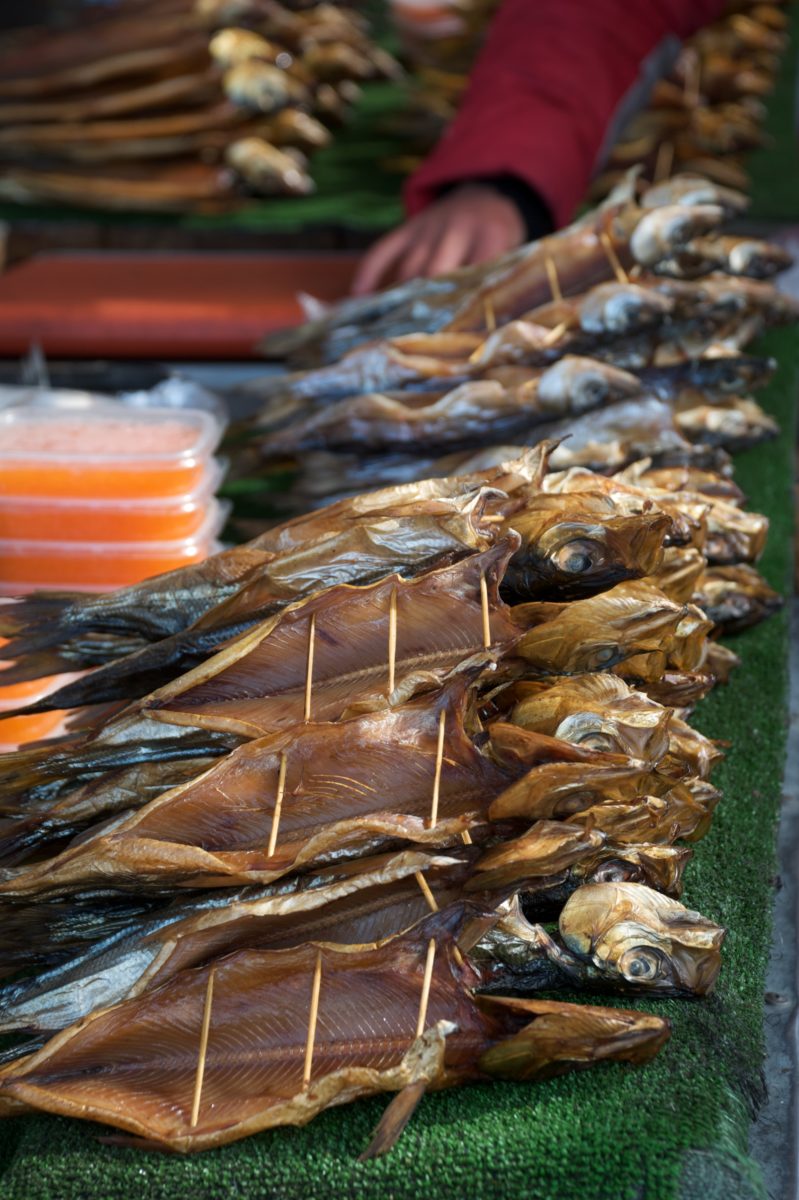 Smoked omul for sale at a Russian market. Photo courtesy of Dennis Tang.

Doses and Mimosas, Blinis and Bellinis

Aboard the train, Zarengold serves traditional, cabbage- and potato-heavy Russian fare, which sounds homey and reminds me of my grandparents. Blinis on blinis, am I right, ladies? At Lake Baikal, I’ll definitely be in the market for some omul, a whitefish endemic to this lake, most often served smoked. In Mongolia, it’s all about the mutton kebabs and Khuushuur, a dumpling or pastry filled with ground meat and onion. Toss in a side of yak yogurt and you’ve got a meal.