Head to the top of Mt. Wellington for a sweeping view of Hobart, Tasmania. Photo by Matthew Crompton.
SnapshotEmma Glassman-Hughes

Wine, art, coastal hiking, and the best seafood on that side of the equator: This week’s travel crush is Tasmania, Australia.

I’m ashamed to say it, but until recently, the thought of traveling to Tasmania never even crossed my warped, American mind. I knew Tasmania was a thing—where else would the devils come from?—but I didn’t realize people actually go there.

How silly of me.

Tasmania is an island and the southernmost of Australia’s six states. It’s outlined by magnificent coastline and populated by sweeping Pinot Noir vineyards. Not only do people go there—people live there and have lived there for over 40,000 years (though many were nearly wiped out by British settlers who invaded the island in 1803). 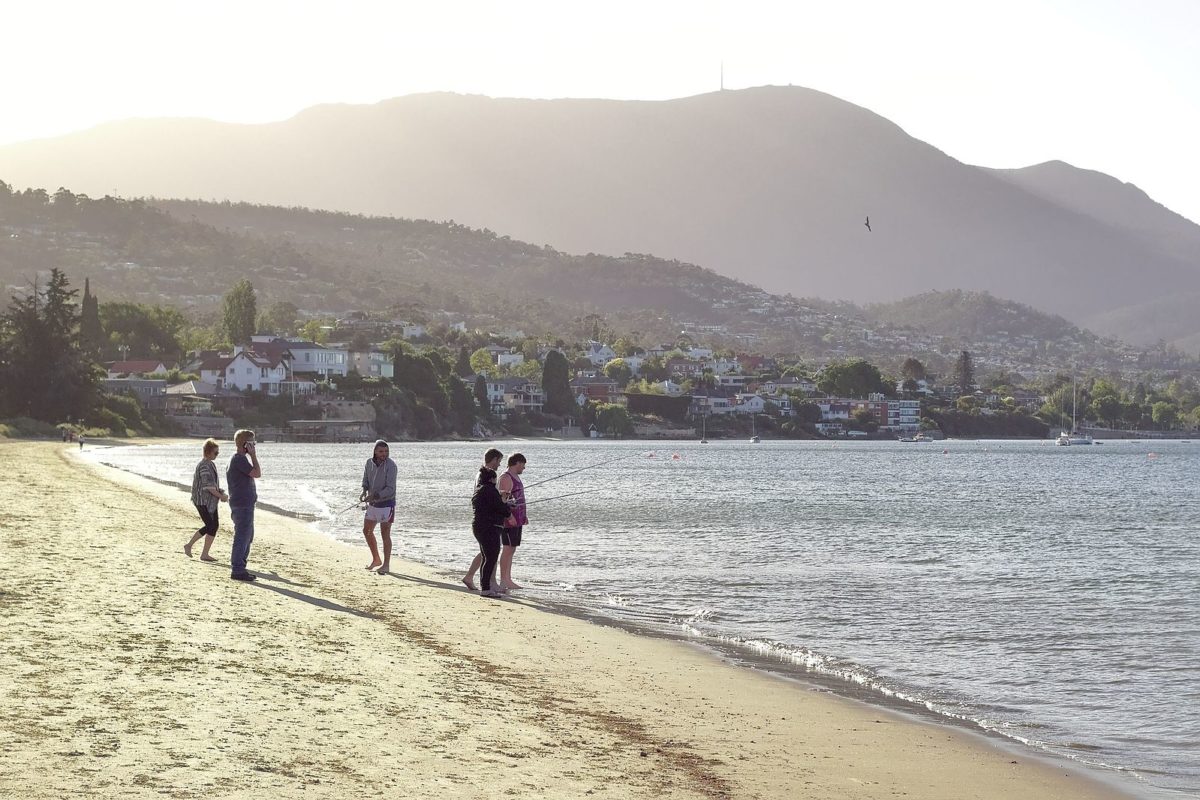 Given its proximity to popular destinations like Sydney in New South Wales and Melbourne in Victoria, not many Americans make the trip to Tasmania—but to skip the additional hour-and-a-half flight from mainland Australia to Hobart or Launceston is a mistake. Especially if you’re anything like me and your preferred mode of oyster-eating comes with a side of history. 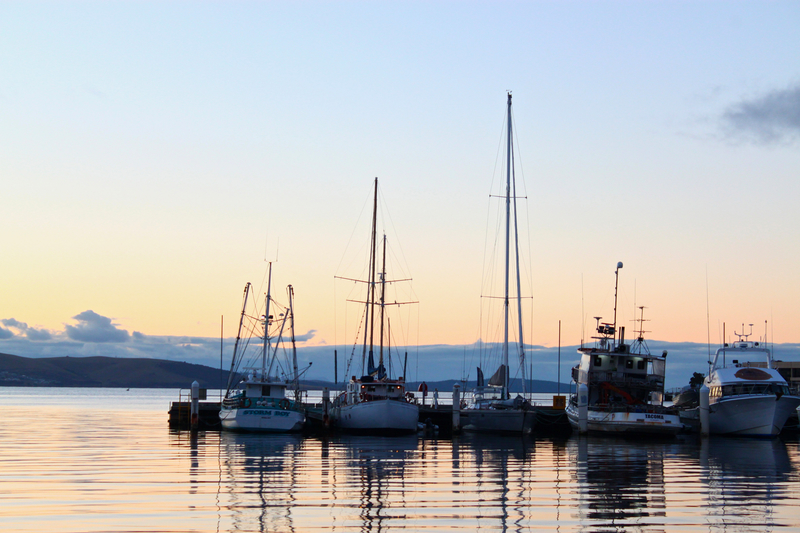 Alright, you already know where this is going. Seafood’s on the menu, and Tasmania has a whole lot of it—in fact, they produce almost all of Australia’s local salmon. Salmon’s nice and all, but for the good stuff (oysters, of course), I’ll be heading to Get Shucked on Bruny Island. They’ve got options: You can do raw, but they’ll also prepare them lightly steamed in local sparkling wine. Tasmania also has an abundance of delectable critters, like abalone, sea urchin, and Striped Trumpeter fish, the local specialty. 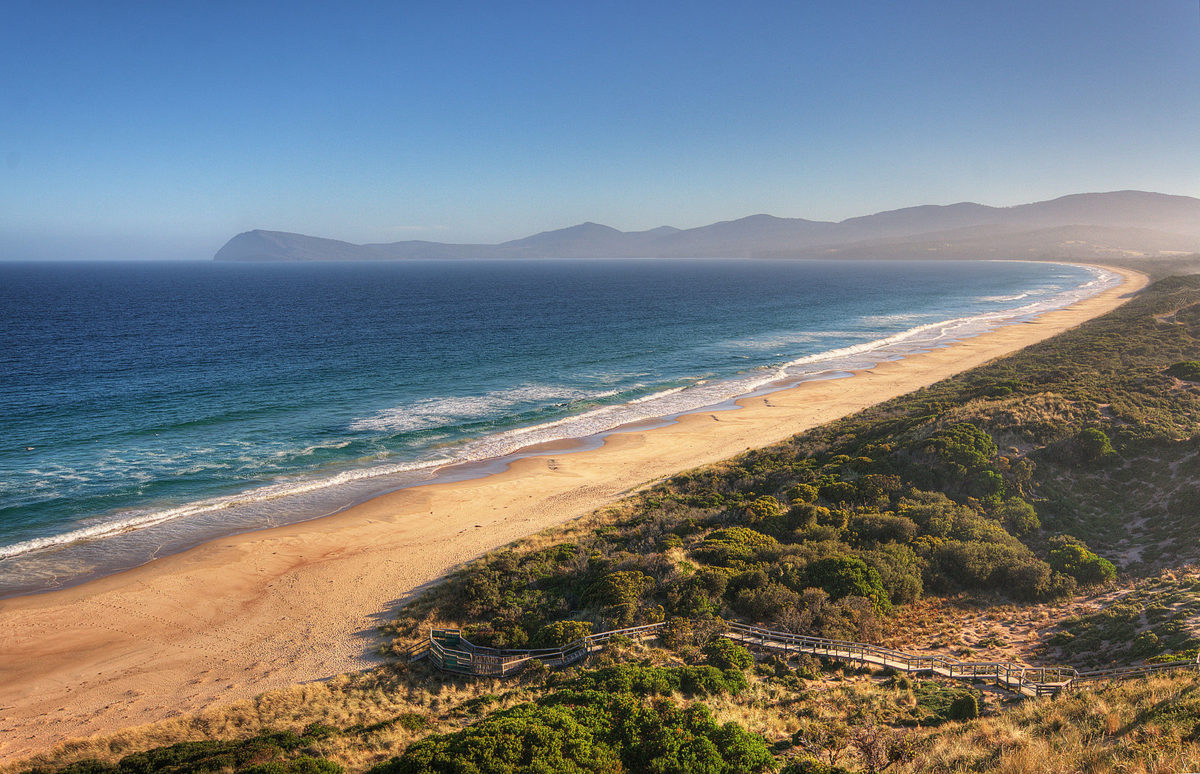 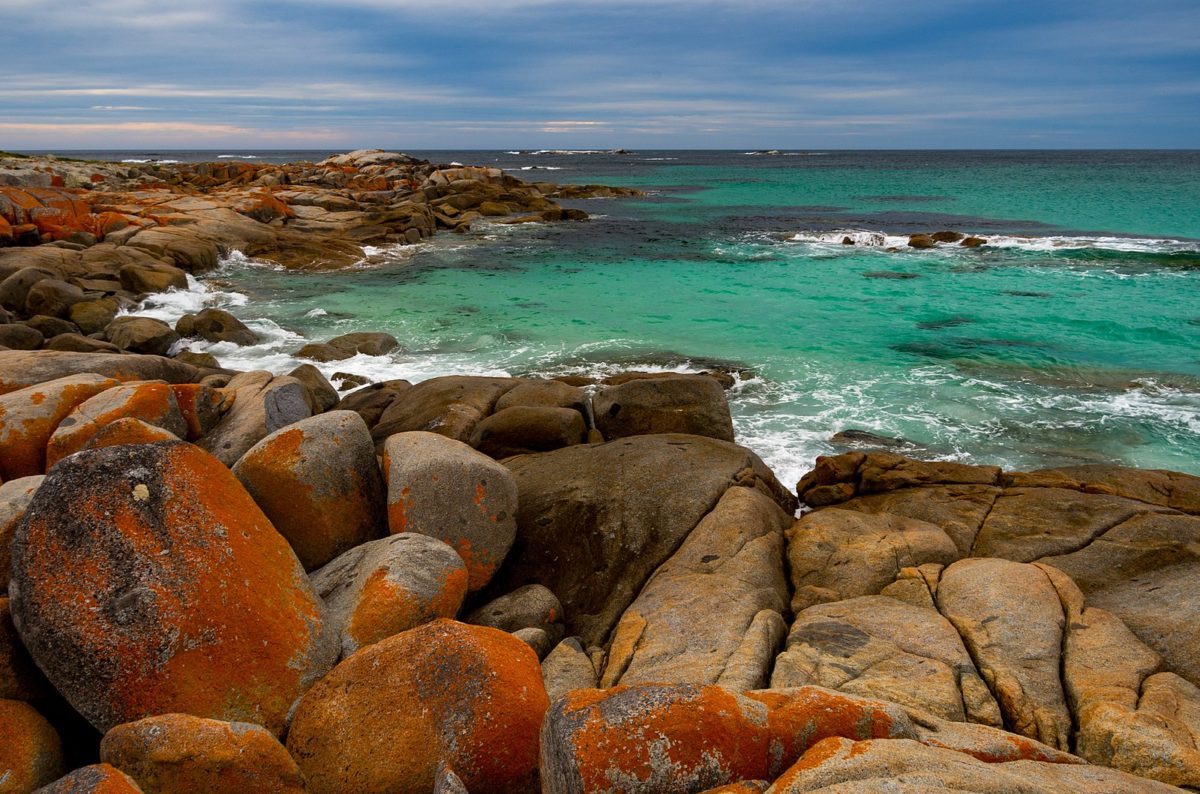 The origin of the name "Bay of Fires" becomes clear right away. Photo by Shuttles12000 .

Tasmania’s two largest cities are Launceston in the north and Hobart in the south. In the former, I’ll opt for something classic and elegant like Peppers Silo, a hotel located next to the Tamar River in a heritage structure that was built in the 60s. For my stay in the latter, the MACq 01 will be my home of choice; it’s whimsical and full of history.

Tasmania, as with the rest of Australia, has a rich indigenous history. Trafalgar offers a two-day, Aboriginal-owned-and-led hike to the Bay of Fires and Wakulina, or Mt. William, that asks travelers to meaningfully connect with indigenous communities, both past and present. Additionally, catch me exploring the rest of Bruny Island (scenic beaches galore), perusing the playful galleries at the Museum of Old and New Art (MONA), and tasting some wines at Moorilla Winery and Vineyard.