The Ultimate Guide to Sumba, Indonesia

Welcome to Sumba. Photo by Zahrasrtn.
Like a LocalBetina Bethlem

A travel guide to Sumba, Indonesia, including where to stay and what to do on your next trip.

Sumba is known as the “Forgotten Island” of Indonesia. A well-kept secret amongst surfers and adventurers, this hidden gem is, surprisingly, only an hour’s flight away from the major tourist hub of Bali. Yet it has thus far remained largely untouched by the crush of Eat-Pray-Lovers that inundate its better-known neighbor.

But Sumba may not be off the beaten path for much longer. Thanks to the presence of a small handful of pioneering hoteliers and social activists that care about the island, the travel industry is starting to grow. The positive impact of that development is that it’s bringing more wealth to a very poor and underserved population. The risk is that the rich and authentic Sumbanese culture might suffer under the pressures of tourism. Thankfully, it is possible to visit this up-and-comer with mindfulness and respect towards the local way of life.

Whether you are looking for a weekend getaway during your Bali visit, stopping by for a few days on your way to Raja Ampat, or exploring something new for a few weeks, the remote and wild island of Sumba has so much to offer. Here, we outline the best ways to experience Sumba, including where to stay, how to discover the local customs, and ways to explore the outdoors—surfing included, of course. 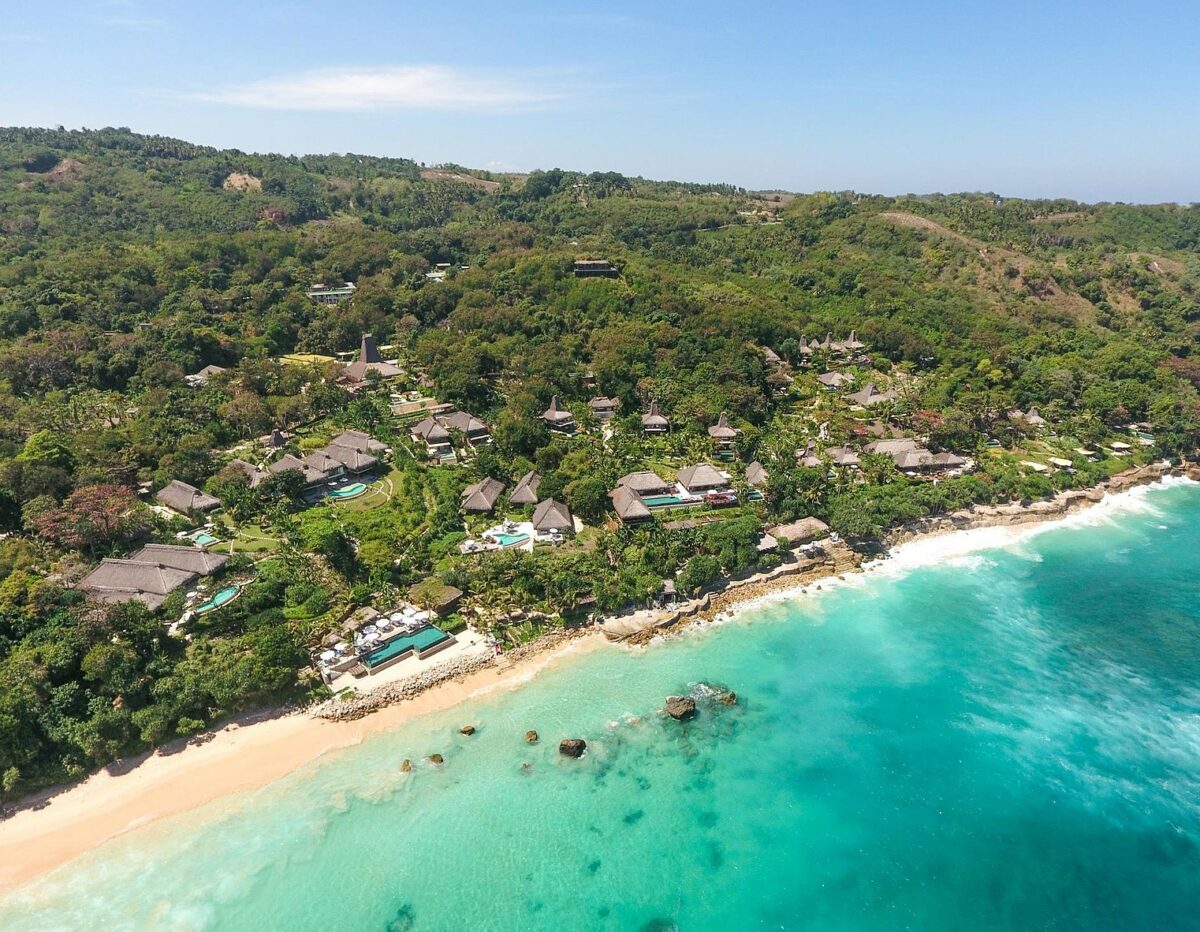 The Nihi Sumba resort is the ideal stay for travelers seeking an elevated experience. Photo by C980040.

Sumba is a destination for the relatively adventurous traveler; it doesn’t have the bars, restaurants, shops, and café culture of a place like Bali. Because tourism is still budding on the island, choosing where to stay is important since your hotel will provide a lot of the dining, services, and activities infrastructure that you’ll need to enjoy your visit. Unless you are a true backpacker looking to homestay hop (always an option), opt for one of these all-inclusive hotels.

For those seeking an elevated, barefoot luxury stay, head to Nihi Sumba—the island’s OG hospitality experience. A local institution with a cult-like following, the hotel, formerly known as Nihiwatu, is what first put Sumba on the map for well-heeled travelers from around the globe. Founded over three decades ago, Nihi is best known for its perfect surfing and its positive impact on the Sumbanese community through its charitable entity, The Sumba Foundation  (more on both of these below). The sprawling resort has 28 pristine ocean-facing villas, discreetly nestled against a jungle backdrop. It’s an ideal place to commune with the elements, to indulge in wellness and five-star cuisine, and to connect with like-minded guests. They also have a stable of 17 Sumbanese horses that take daily walks along the beach—it’s surreal!

For the conscious traveler seeking a restorative retreat in nature, book your stay at the Alamayah. A newcomer to the island, this boutique resort has six impeccable suites that blend modernity with traditional Sumbanese design. Situated on Kerewei Beach—a great location for surfing and other water sports—the Alamayah focuses on wellness, healing, and connection with the local culture. Amenities include an Ayurvedic spa, a plant-based kitchen with a menu designed by a holistic chef and herbalist, and clean beauty products in every room. Perfect for mindful travelers who want a uniquely zen experience of the island.

Support the growth of the Sumbanese community while you enjoy your visit to the “Forgotten Island.” Created by longtime Nihi Sumba guests that fell in love with the island and wanted to help the locals flourish and find better work opportunities, the Sumba Hospitality Foundation is both a school and a hotel. They educate Sumbanese students to succeed in the tourism industry and assist them with job placement throughout Indonesia upon graduation. Guests can stay at their environmentally-friendly Maringi Eco Resort & Spa, where students create a memorable experience and learn while they are at it. Staying here is a wonderful way to give back.

The only guide to Bali you’ll ever need → 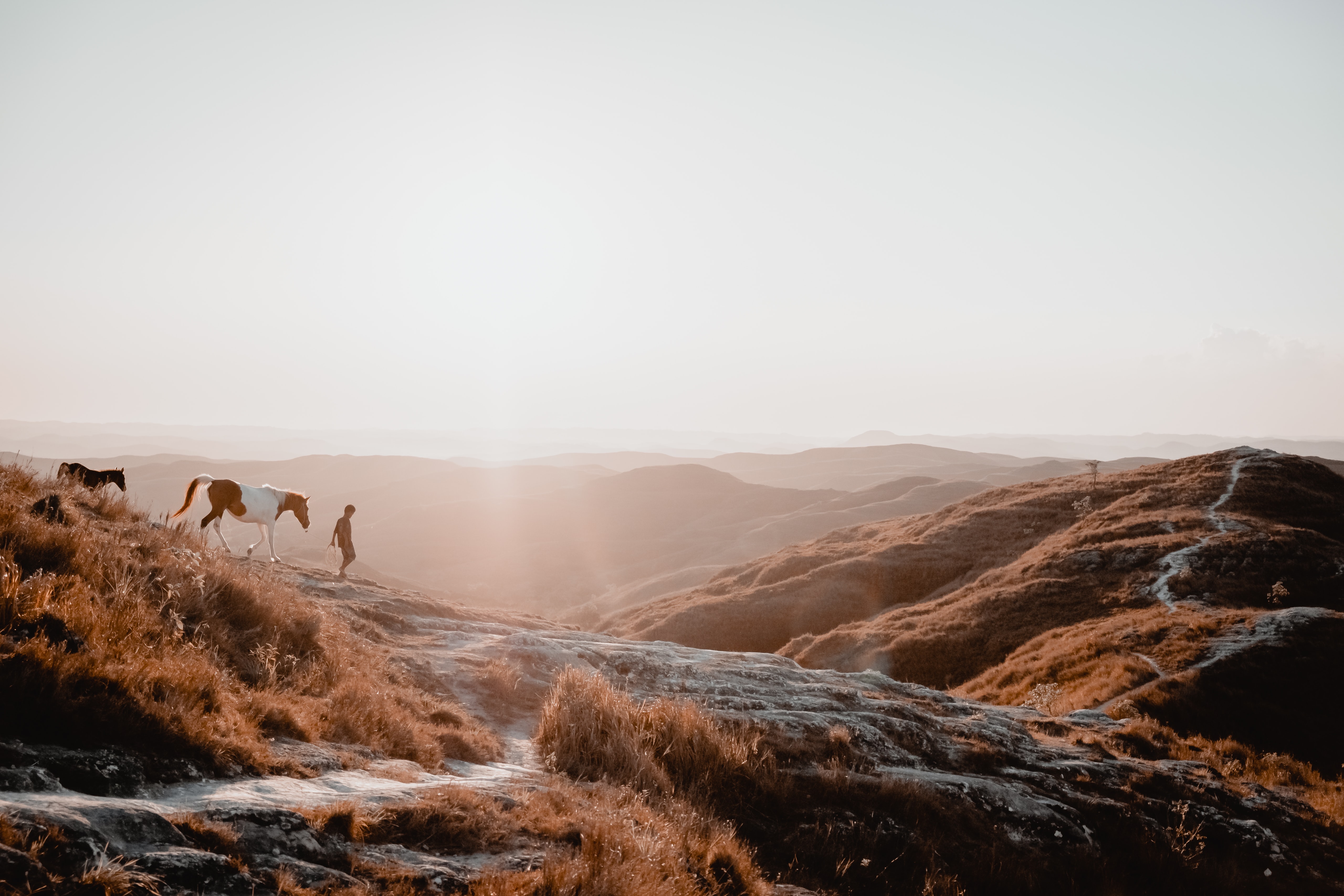 Working with a guide will ensure that your visit to Sumba is respectful to local communities. Photo by Febiyan R.

Get to Know Sumba’s People and Culture

Sumba’s ancient indigenous culture is largely intact to this day. They practice an animistic faith called Marapu, centered on honoring ancestral lineage. Because the Indonesian government requires every province to ascribe to one of five “official” religions (Islam, Christianity, Hinduism, Buddhism, and Confucianism), Marapu has blended with Christianity. Even so, Sumba is a place where visitors can experience many ancient traditions firsthand.

Plan your trip in February or March to witness the ancient and sacred tradition of Pasola. The Western Sumbanese perform this sporting ritual every year to ensure an abundant rice harvest. It highlights the locals’ connection to nature and the spirit world. Festivities begin on the night of the Worm Moon, usually the first full moon in the month of March. On this night, nyale (a variety of sea worm) emerges from the ocean in droves, signaling the end of the wet season and the beginning of the fertile season. Locals collect the sea worms for cooking (they are considered a delicacy), and a Marapu priest presides over an animal sacrifice, determining whether the Pasola will take place on that day. The word Pasola means “spear,” and the games do indeed involve spears—though these days they are blunt and made of wood. Participants ride on horseback and attempt to unseat one another. The games are over only when the Marapu priest says the spirits are content.

To truly understand what makes Sumba special, plan a visit to a local village, like Lamboya or Wanokaka. Make sure to come with a local guide so that you can properly pay your respects to village chiefs and enter safely. If you have a strong stomach, some hotels can help you plan a visit to a village when a funeral or wedding is underway. Be aware that these ancient rituals often involve animal sacrifice, which provides food for the entire village and social standing for the hosting family. For a lighter visit, come for the weekly markets. Farmers and craftsmen sell fresh fruit and vegetables, chicken eggs, betel nuts, jewelry, woven baskets, traditional ikat (a style of Indonesian decorative fabric), and mamole—a traditional totem that honors fertility and feminine energy.

A side note for textile lovers: if ikat is really what you are after, ask your hotel to arrange an expedition to East Sumba. There’s very little tourism there, but it’s where artists weave the world’s most beautiful ikat.

The Sumba Foundation began when Petra and Claude Graves created Nihiwatu (now called Nihi Sumba) and learned first hand what it was like to live like a local. When they arrived, they encountered poor access to water, no healthcare facilities, widespread malaria and malnutrition, and minimal education. The efforts of the Sumba Foundation have improved the lives of tens of thousands of people through providing water, health, education, food, and economic initiatives. Contact them to request a tour of their impressive facilities or to participate in a soup kitchen at one of the schools—and, if you cannot make it to Sumba yet but are still interested in supporting their work, consider making a donation.

The day trip: From Ubud, Bali to the Jatiluwih Rice Terrace → 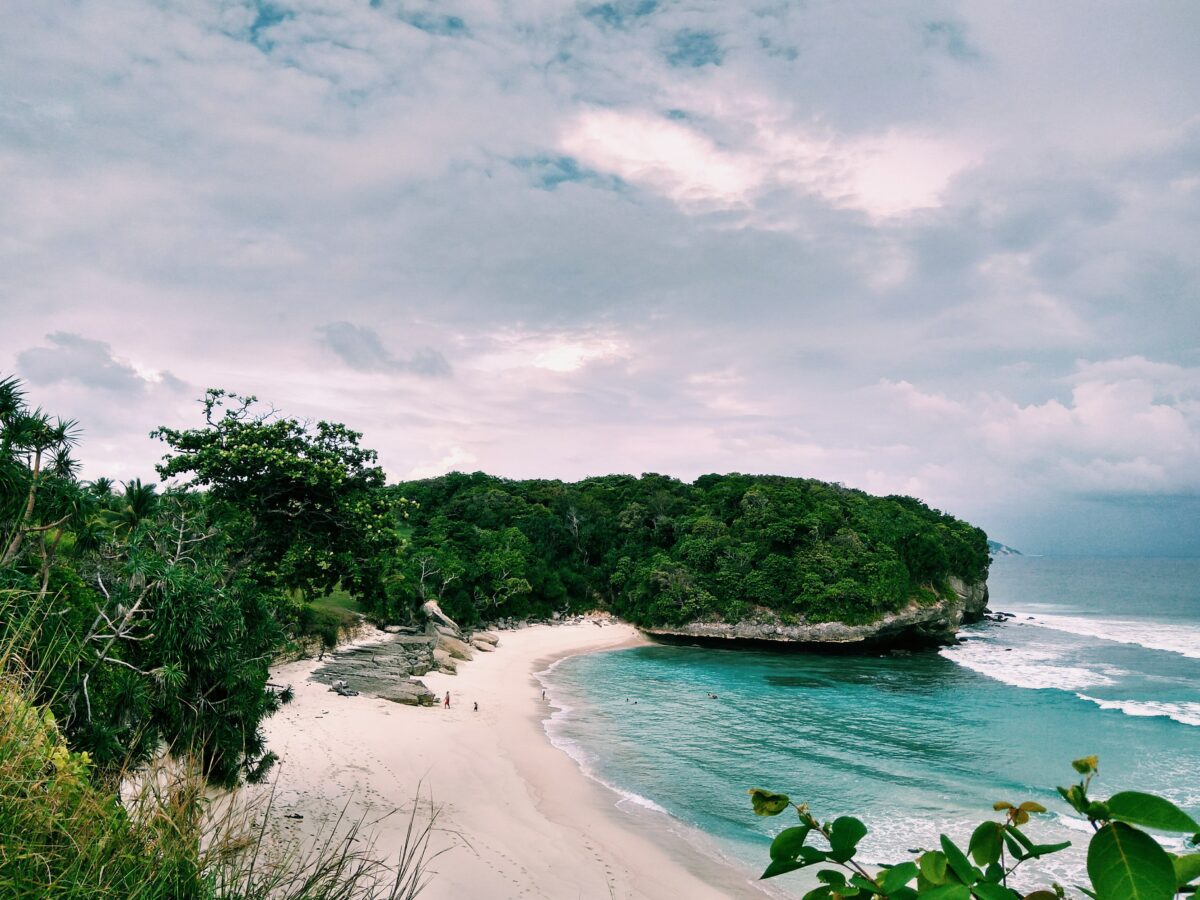 Known for its incredible swells, surfers will find a vacation after their own heart in Sumba. Photo by Itchy Feet.

Where to See Nature in Sumba

Sumba’s main attraction is Mother Nature herself. Because the island is so remote and untouched, the jungle and the surrounding ocean thrive. As a destination, Sumba has something for every kind of nature lover. Whether you worship the sun, live for the water, or love to hike, there are endless opportunities here to connect to the earth and its elements.

For those who love a good trek in the wild, plan a hike to the Matayangu Waterfall, also known as the Blue Waterfall. The journey begins with an hour and a half hike through the jungle—keep your eyes open for monkeys and snakes—and ends in an idyllic valley, with the gushing waterfall as its centerpiece. If you prefer a shorter trek, check out the Lapopu Waterfall or Lamboya Rice Fields instead. As always, we suggest the company of a local guide to show you the way.

Sumba is best known for surfing, thanks to Occy’s Left (also known as God’s Left), the iconic wave at Nihi Sumba. Surfers flock from far and wide and fork over the hefty price tag to stay at Nihi and ride its perfect swell. Only ten surfers are allowed per day, which makes for a truly luxurious surfing experience—a world apart from the crowds competing for waves in Bali. If you’re not staying at Nihi, not to worry: the island is full of incredible beaches. Pantai Marosi and Kerewei also boast amazing waves. If surfing is not your thing, grab a snorkel or a paddleboard to explore the ocean blue. Or roll out a towel on the white sand, and simply lay back and enjoy the peace and privacy of this beautiful paradise island.