Meet the couple creating a safe space for the LGBTQ+ community to learn about permaculture and reconnect with the land.

Spencer Scott and Nick Schwanz weren’t unlike many city-dwellers, cooped up during the initial weeks of the Covid pandemic: in their abundance of free time, they daydreamed on Zillow. But to their surprise, daydreaming quickly turned into reality. By May 2020, Scott and Schwanz found a piece of land they fell in love with. In June they placed their offer and the keys were theirs come July. Unlike those who were fleeing expensive rents in increasingly desolate cities, Scott and Schwanz used the pandemic as a catalyst to fulfill a dream they had been scheming for quite some time. This move was the beginning of Solar Punk Farms, a queer-run agricultural community space designed to explore and celebrate regenerative models of living.

As a gay couple who had been living in San Francisco for years prior to the pandemic, Scott and Schwanz are aware of the safety, potential, and energy that often bring queer young people to metropolitan areas. They are also aware of the “9-to-5 crazy desk job and retire at 60” narrative that often dominates the same culture. The idea of Solar Punk Farms is to create an alternative way to live that is more in line with the natural world. 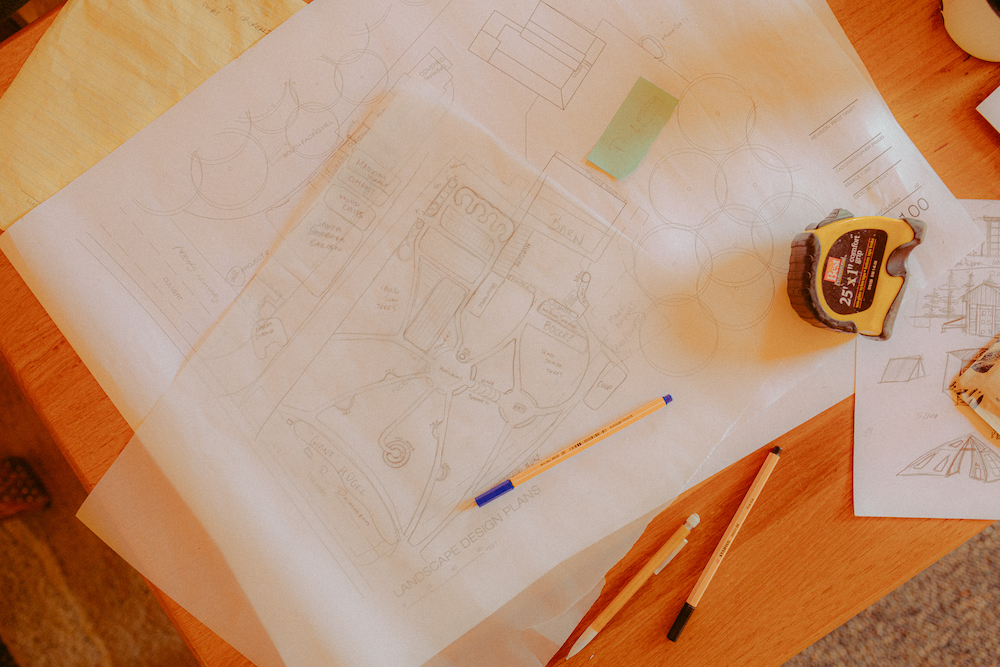 Scott and Schwanz made big plans to move their lives to the farm, hoping to create space for others in LGBTQ+ community to explore life outside major cities. 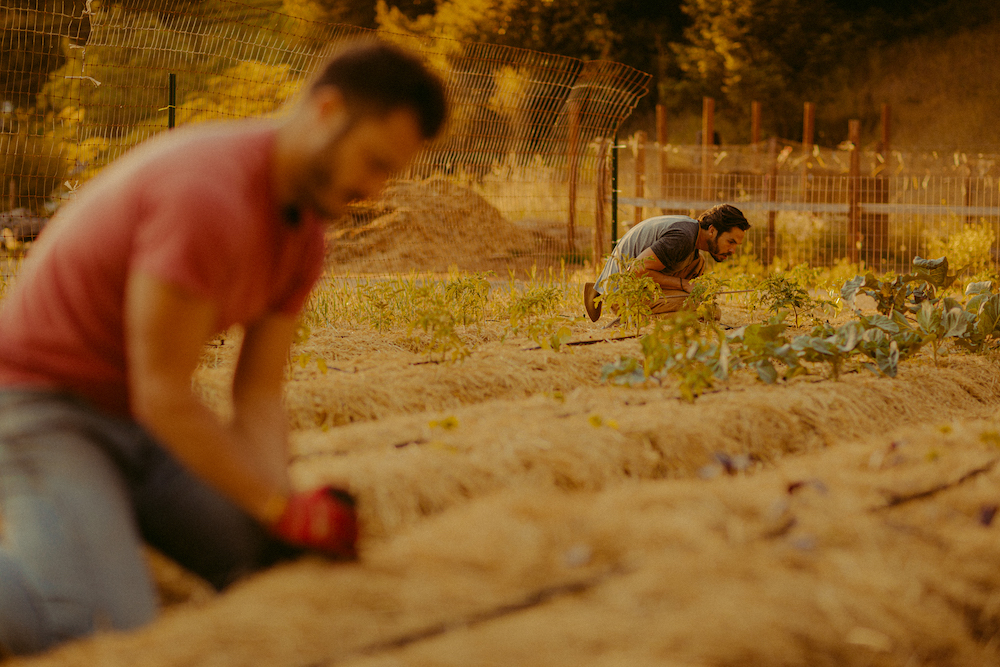 Guerneville, about an hour and a half away from San Francisco, would be the site of Scott and Schwanz's plan to reconnect with nature.

“Part of what we’re doing here is developing a relationship to place,” Scott said. Their frustration with living in a city was the inability to connect in long term and meaningful ways.  They see engaging with land as an opportunity for themselves and for their community to reclaim much of what gets lost on an individual and societal level in capitalist systems: “An opportunity to tap into seasonality, death, decay, rebirth… These natural cycles that you’re disconnected from in cities and modern life.”

The land that they happened upon was perfectly situated in Guerneville, an already-known gay destination an hour and a half north of San Francisco. It is what Cold Spring is to New York City, or Palm Springs is to Los Angeles—a drivable escape from a city. It was the center of the Venn diagram of everything they were looking for. They didn’t yet have the clarity of what would become of the space, but suddenly there was a weedy, compacted, dirt lot with their name on it. As step one, they would regenerate the land into a productive and diverse habitat, taking the next steps in good faith, learning and growing as the project grew.

Now, a year in, the two continue to build the plane as they fly it. “There’s still so much logical and emotional work to ultimately figure out what this is going to be,” Schwanz said. While they each have extensive academic and theoretical knowledge of what they want to build (Scott has a Ph.D. in Bioengineering and Schwanz has worked as a brand strategist for sustainability companies), at the end of the day this is their first attempt at doing it. They are new to farming, and ultimately their business-model will extend beyond just the industry. “We jumped with about 10 percent visibility of what was on the other side. I think we have maybe 50 percent visibility a year in.” Coming from the city, but not fully “farmers,” they have found themselves in a liminal space straddling many worlds. “There is a life between rural and urban. There is a way to provide stability for yourself and your family that isn’t just a desk job and isn’t just farming. We’re experimenting with this new life-model that has the best of the more technologically oriented urban world and the ecologically-centered rural world.” 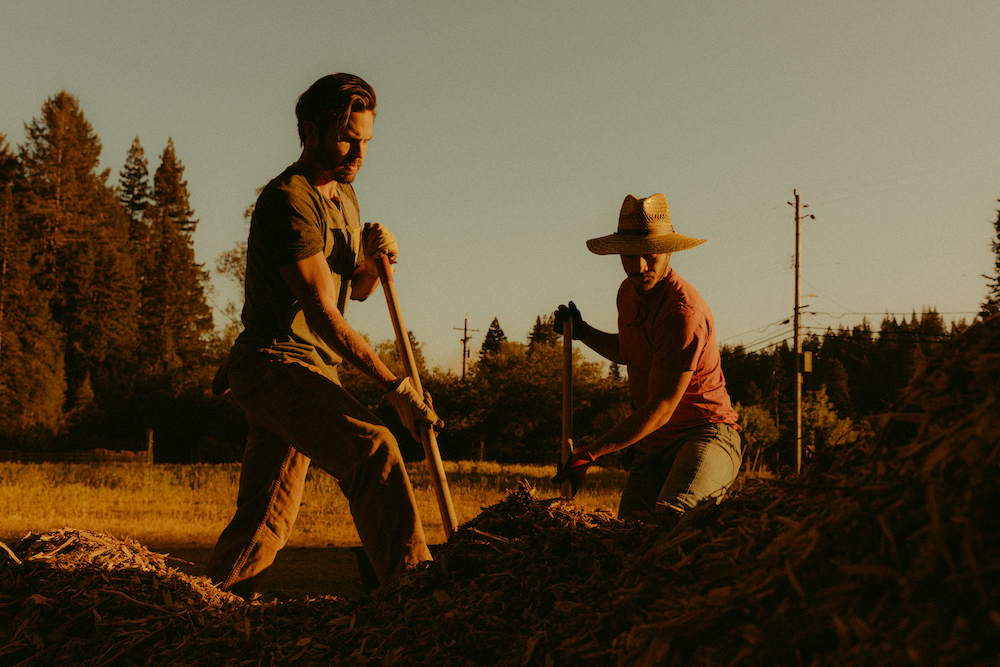 In addition to permaculture, Scott and Schwanz hope to host live events and community gatherings at Solar Punk Farms. 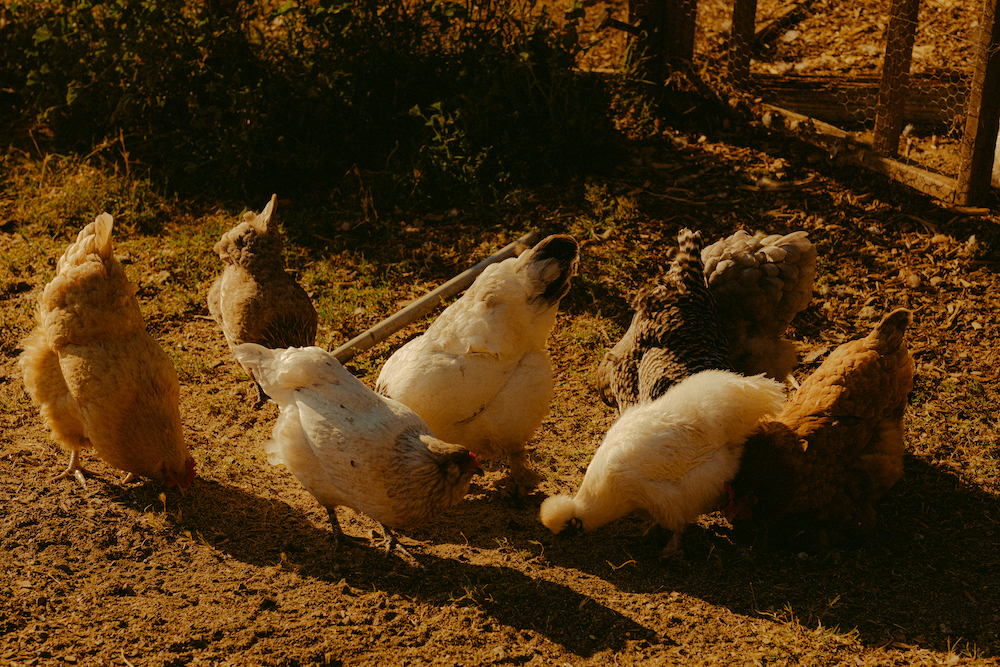 The goal of Solar Punk Farms is to promote sustainable farming and create a safe space for the LGBTQ+ community.

It is in this middle ground that Scott and Schwanz are interested in using Solar Punk Farms as an incubator for these worlds to interact with one another. In a recent three-month long permaculture class they took with other farmers from around the globe, Scott and Schwanz learned of Ecotones, or transition areas between two biological communities where the two meet and integrate. “The whole idea is where two different ecosystems meet each other, the boundary between those two things—wild and fantastic shit happens,” Schwanz said. “It’s kind of fun to think about queerness and farming as these two different ecosystems, and seeing what happens at that edge.”

They’ve already found the joy that comes in bringing queerness to farming, an industry that has the reputation of being dusty, brutal, and backbreaking. “It’s fun to have a bunch of gay boys up here and dress cute and farm in the garden and talk about drag shows. It changes the stereotype of what this type of work is—because it is playful and fun and bright.”

Queering the Great Outdoors: A Road Trip From Badlands to Glacier National Park → 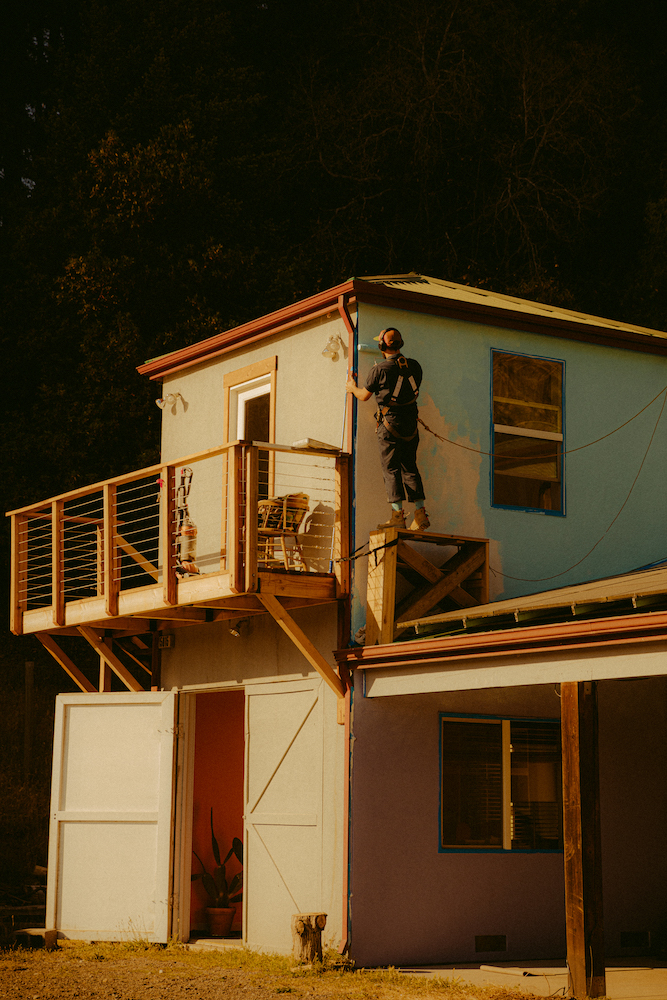 When Scott and Schwanz purchased the property that would become Solar Punk Farms, it was a weedy, unkempt lot. Having constructed their homestead and farm, the couple hopes to add guest houses for visitors soon. 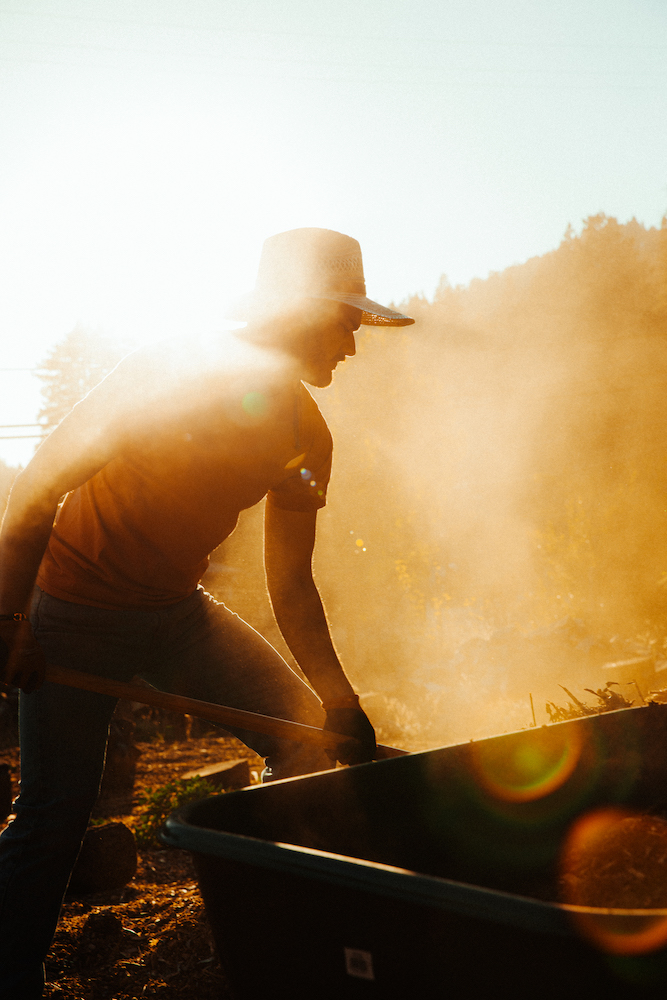 Solar Punk Farms represents a bold move towards reconnecting with the earth in a way that is subversive yet inclusive.

As they look towards the road ahead for Solar Punk Farms, they’re imagining “an experimental and educational agrotourism event space: a combination of a homestead, a small-scale farm, and an events area.” They’ll dot the back of their property with small cabins for people to stay for a short or medium amount of time to learn about new models of living while participating in workshops and engaging with the farm. All the while they’ll connect their urban, city community and their farming, rural community to see how they can help each other, ultimately benefiting the broader county and state region.

With the end goal of creating a sustainable and equitable future where people participate in a reciprocal relationship to Earth and each other, Solar Punk Farms is their subversive and radical project. As increasing urbanization continues in a world where the effects of climate change are more present than ever, their mission—to explore what a new way of what life can look like—is queering the way we move forward, together.